A ride fit for a King 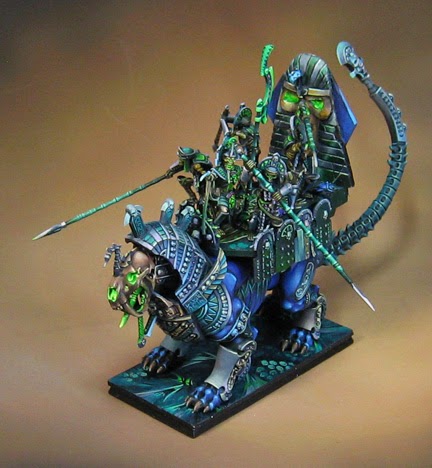 Finally, we have the Warsphinx!  Yes, Pseusennes rides in style, or not at all! 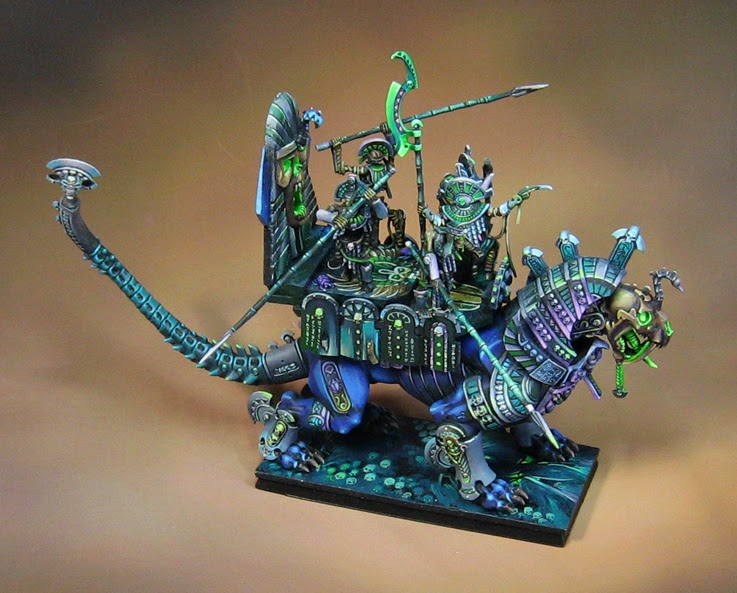 I built the howdah myself from sculpey, as I wanted it to reflect the army board: 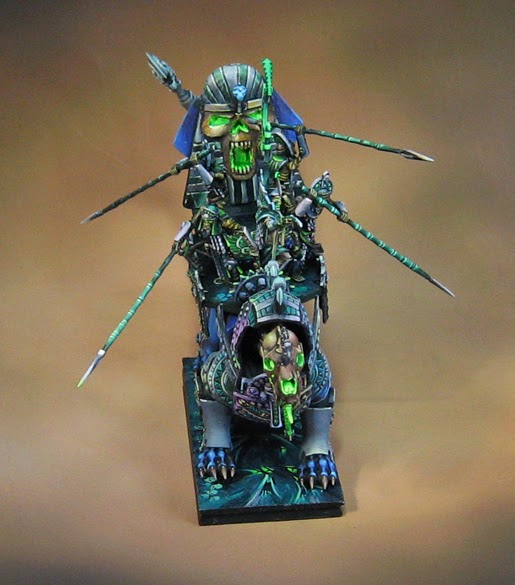 Here's some wip images of the king:
http://wappellious.blogspot.com/2012/11/all-hail-king.html 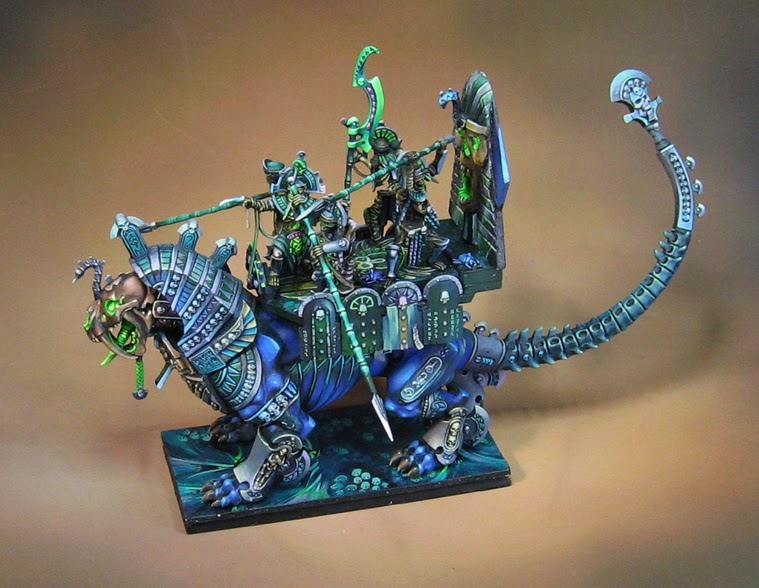 The awards for the army as a whole: 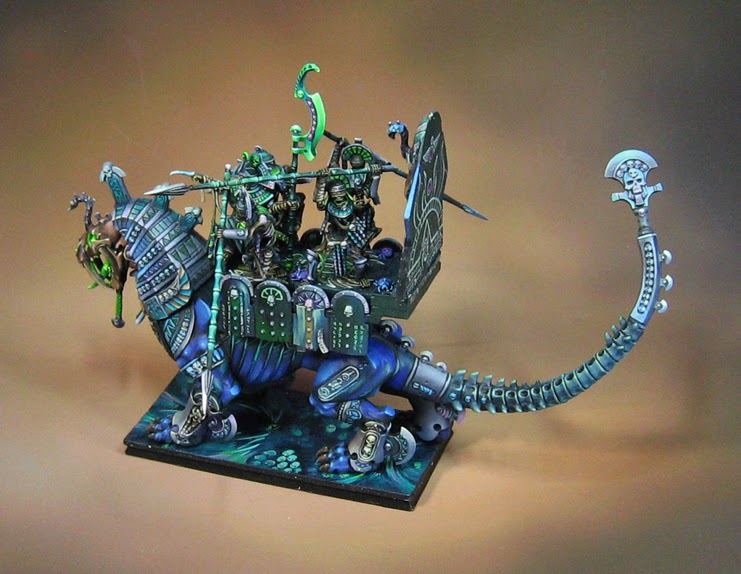 The design on the back of the howdah was repeated on the other constructs, as well as the temple walls... 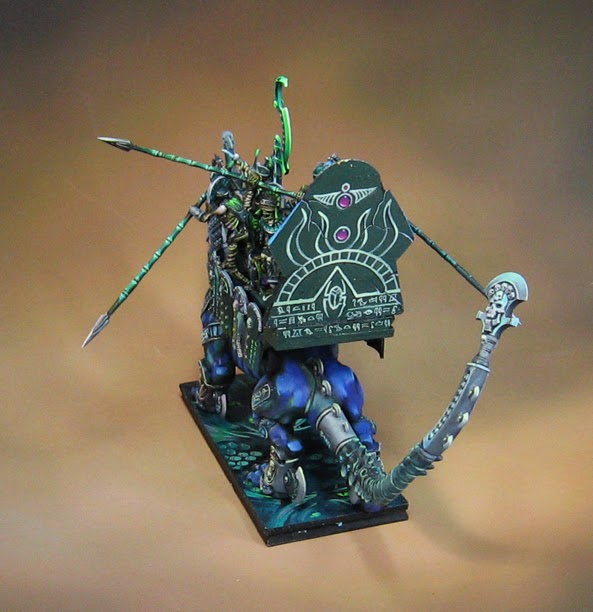 A look at the construction of the Tomb Complex: 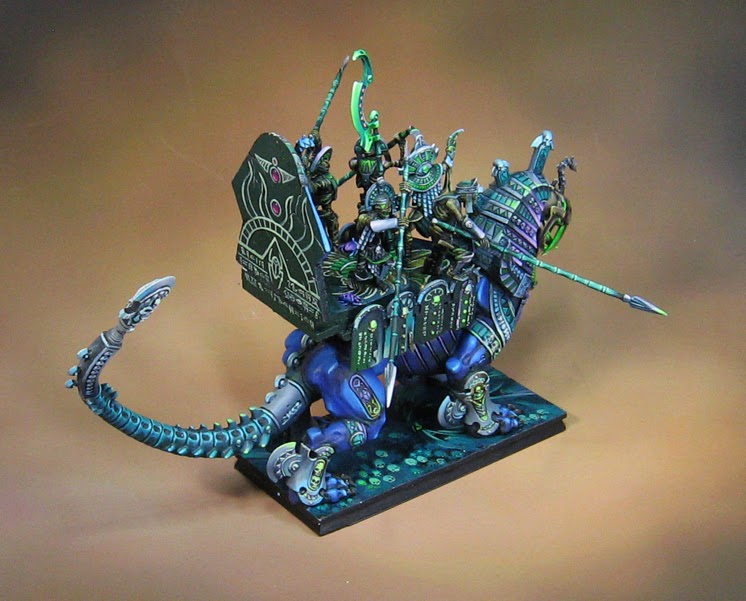 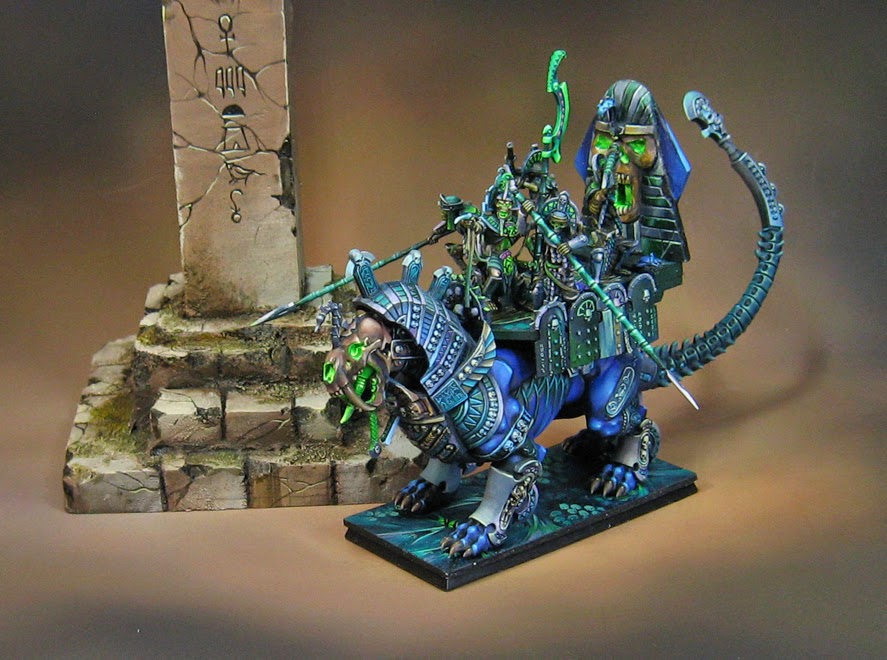 The tail was magnetized so that I could use the stinger option as well. 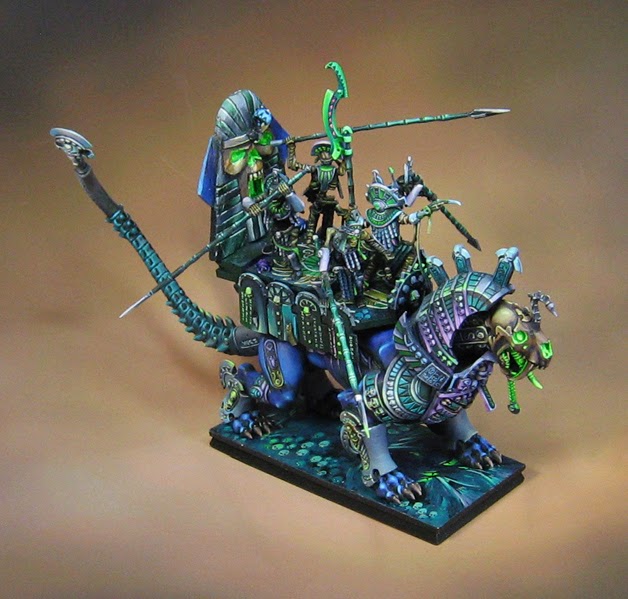 I believe the Tomb Kings army brought in at least four Crystal Brushes: 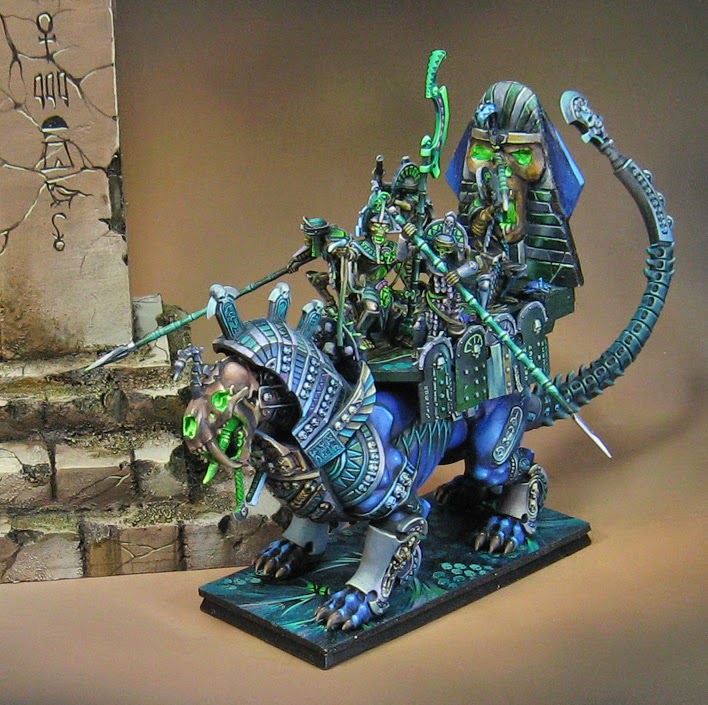