Messing around with the air brush 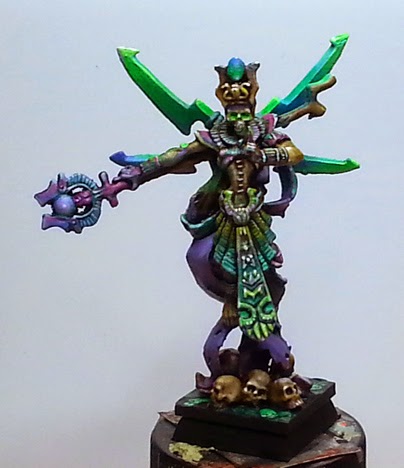 Joe and Jen were kind enough to have Cathy and I over to their Hobby Palace once again.  We had fun participating in the 72nd Screaming Heretic Podcast!

Later on, Joe set up his airbrush stuff and said that I should try out the new Vallejo Airbrush paints.

Here is his setup. 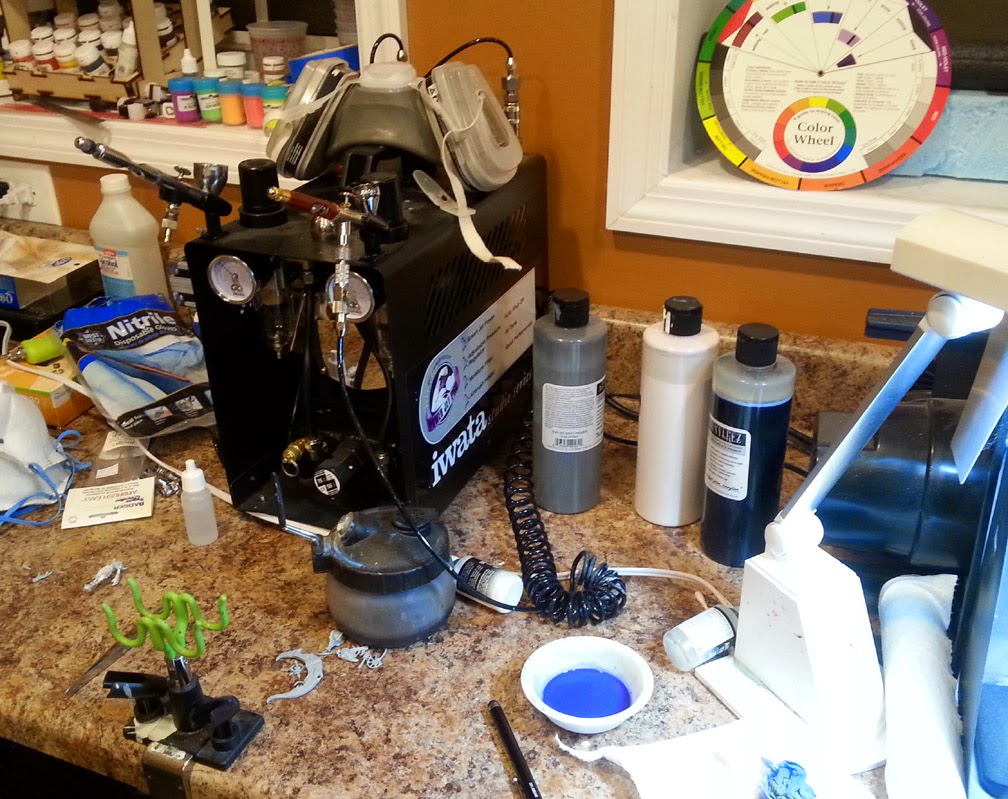 As I have mentioned in the past, I spent many years working with an airbrush on my 2D watercolor paintings.  This would be very interesting, since it had been over 11 years since I last held a working airbrush in my hand! 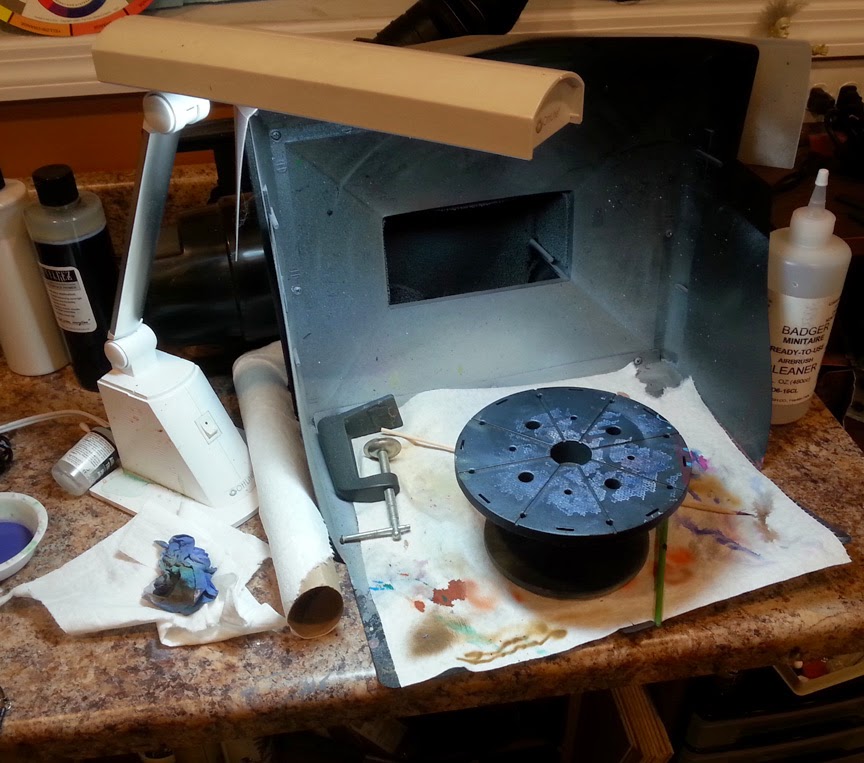 I only had a few things ready for painting that had not already been well under way, so I grabbed a few things.  I decided to paint over the big gun thing from a Thanatar that's also got a good amount of paint on it.  I wanted to see what kind of lighting effect  I could get in a timely manner :-) 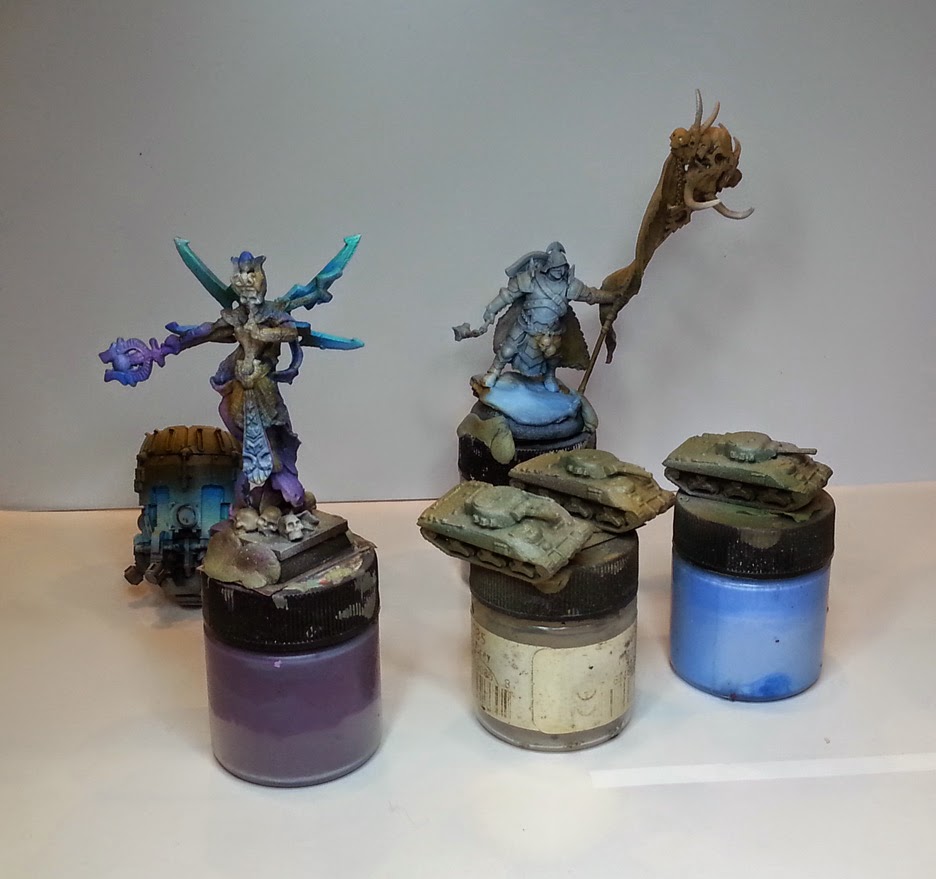 This is after about an hour of spraying.  I began to recall how fun it was to put one color in the funnel, and then add another one on top of it.  As you kept spraying, you would eventually get a color that was mixed together by default.

So, I kept adding new colors into the funnel as I would go along, following a rough plan of attack 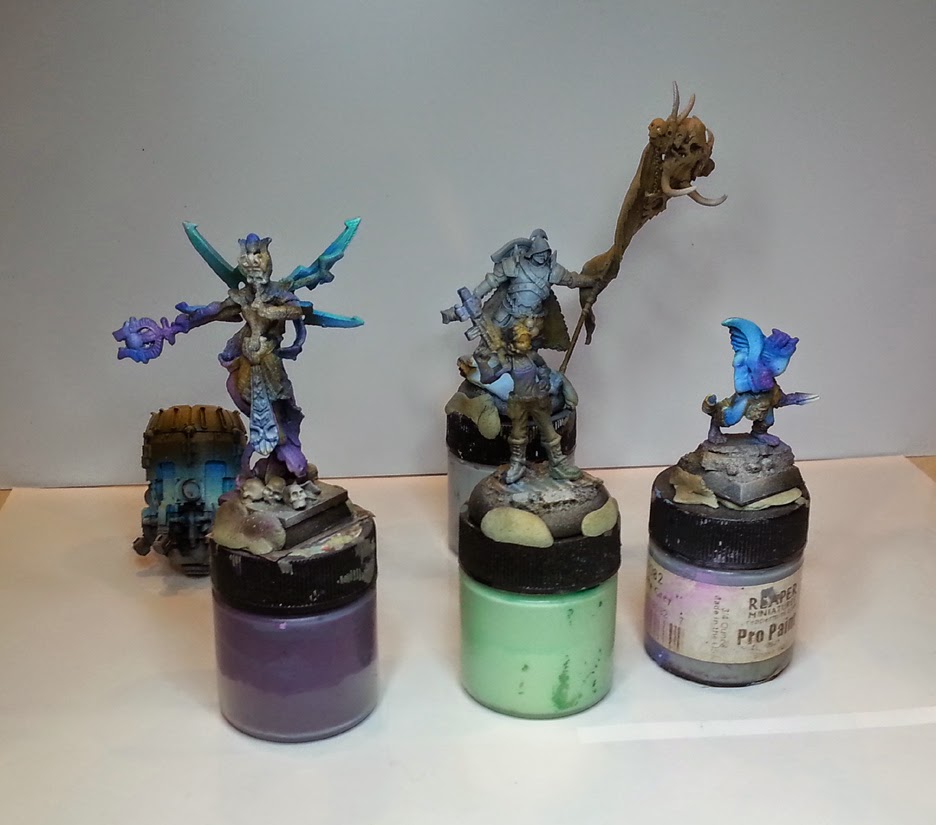 The idea was to see what kind of shaded basecoat I could achieve as opposed to my normal hairy sticks.  For all intents and purposes, it was not all that different.

I knew all along that I was going to go back in with my usual glazing process.  You can see them here with some initial glazing and tinting. 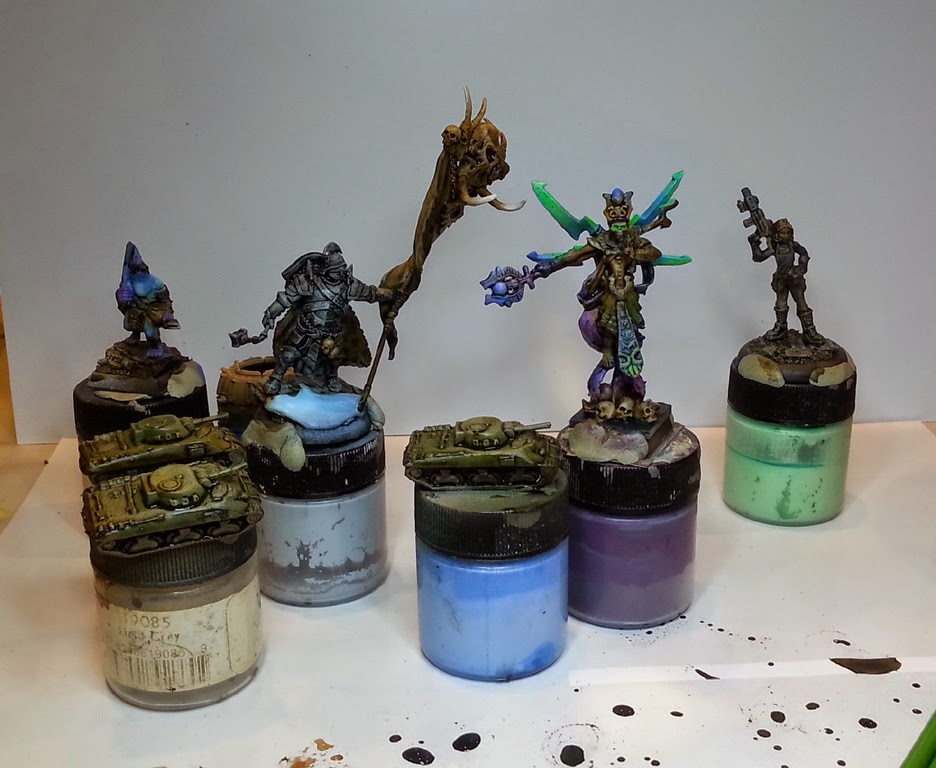 There was a lot of activity going on around me, so I chose a Reaper Bones figure which was going to be painted in my Tomb Kings color scheme.  Out came the fluorescent paints! 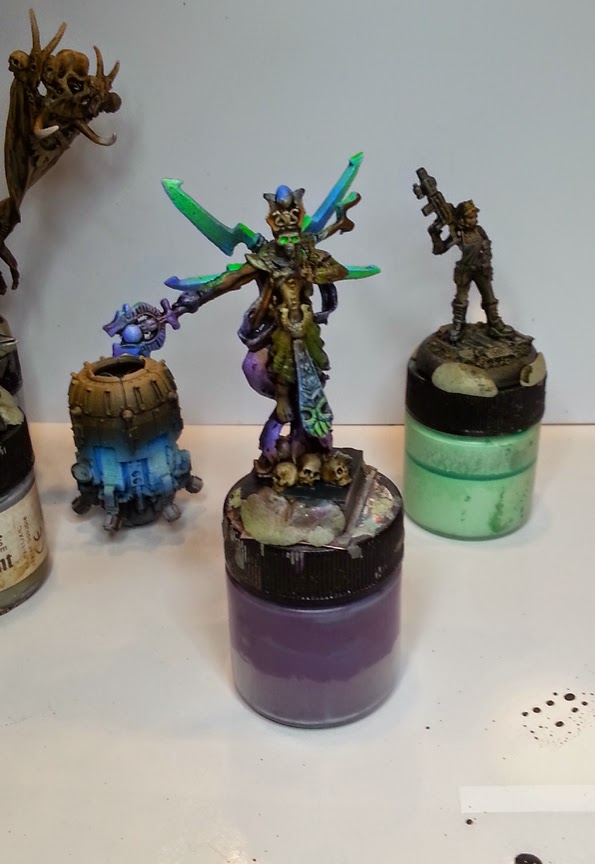 I kept working the mid tones, altering colors here and there, going more purple, and then more magenta... transferring to teal and cyan... 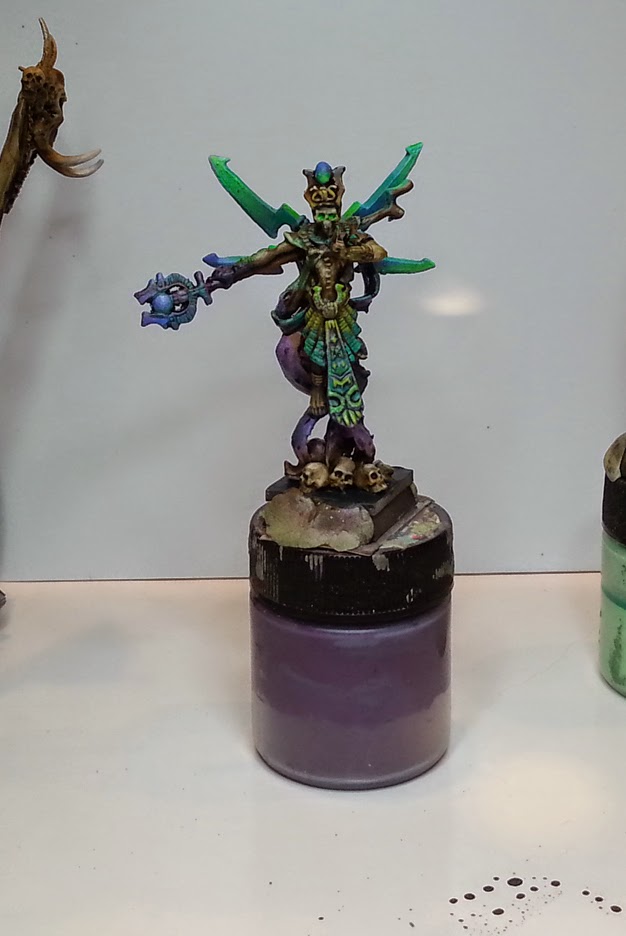 I wish I had a few of my actual Tomb Kings minis with me, but I had to basically go from memory. 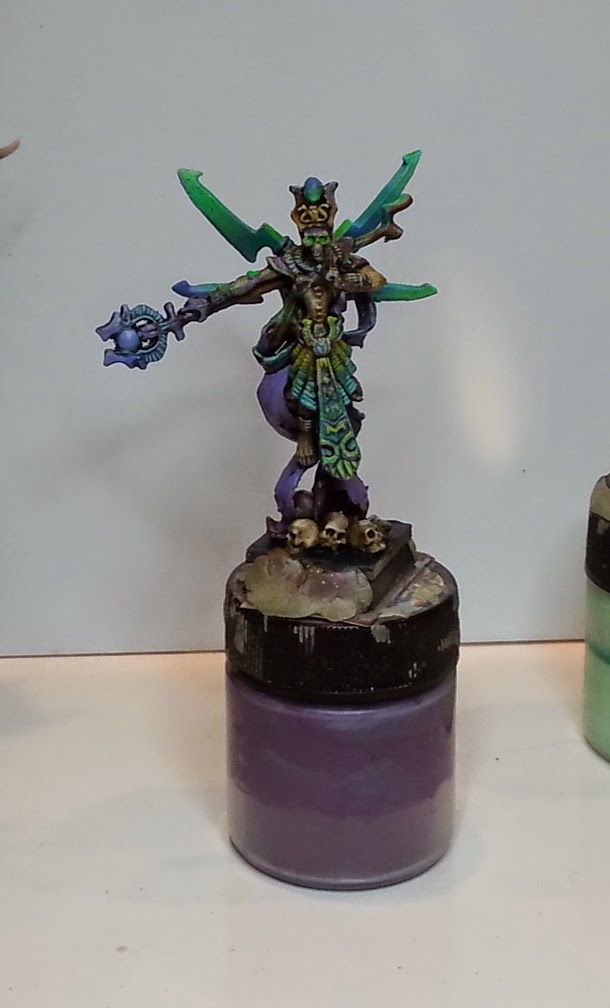 I think this was meant to be the new Heirophant, which would be situated in the new Tomb Guardian. 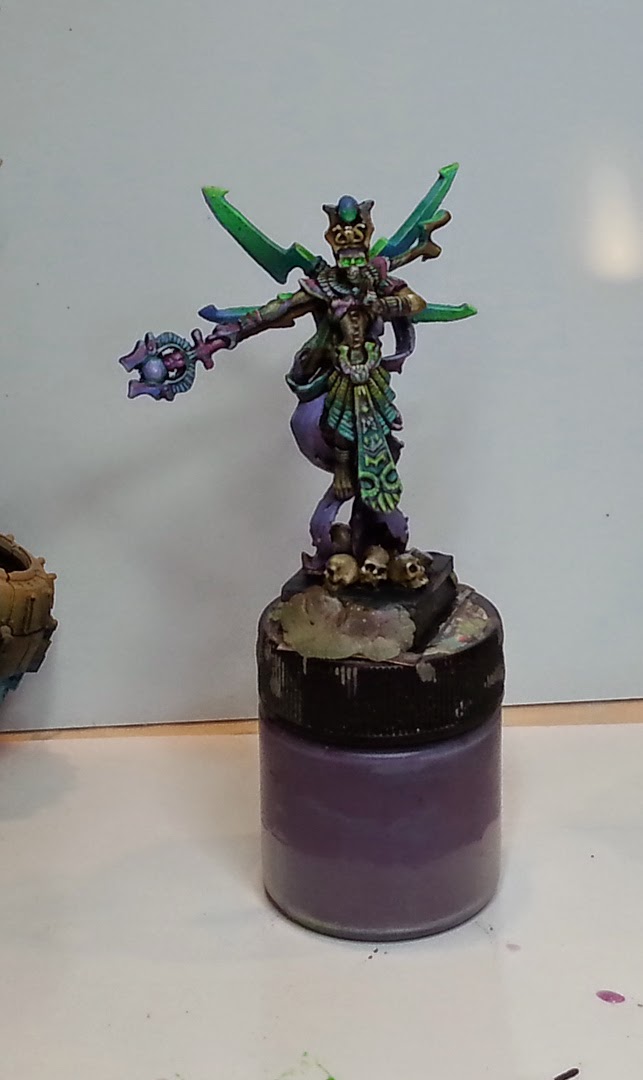 Once I get him home, I can get some dullcoate on him and some nice shots on the backdrops with the other Tomb Kings!! 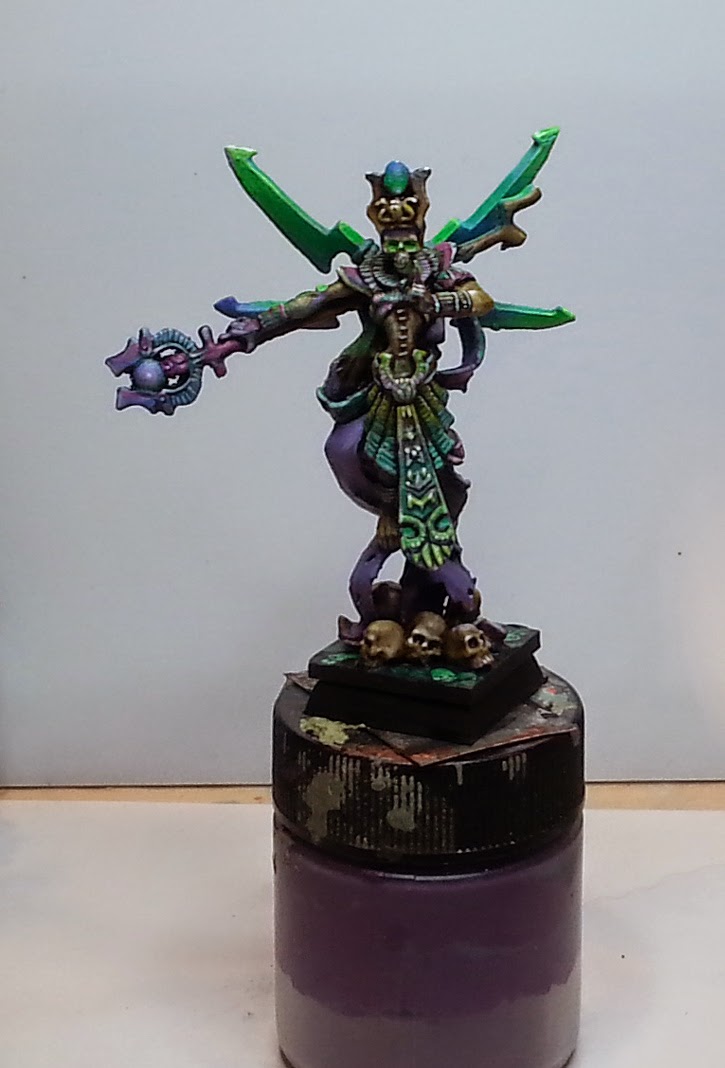 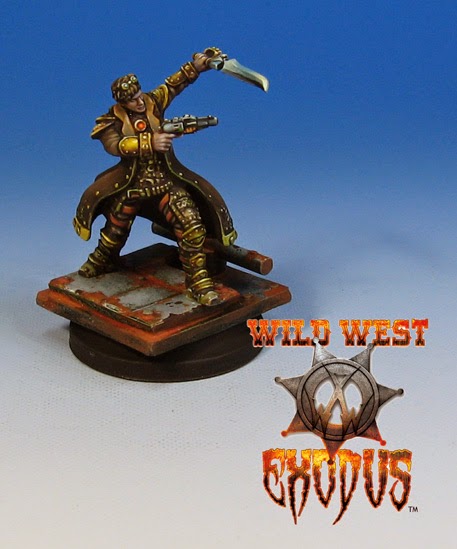 Here we go!  The final member of the Wayward Eight.  Otherwise known as Marcus Wayward.  Or perhaps a certain captain that thinks he's good at swordplay.

His color scheme was pretty straightforward, for obvious reasons.  However, the compressed range of colors meant that I had to play with warmer and cooler variants on the brown shades.

Sometimes I would make the brown more reddish, yellow, or even green.

He's keeping a very watchful eye on Jake, who might be forced to make an unexpected stroll through space without a suit... 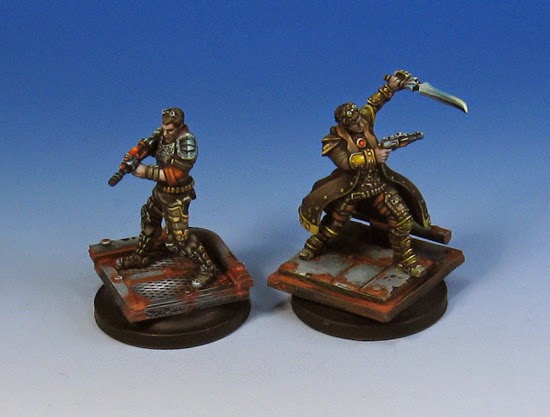