The week of basing... more images 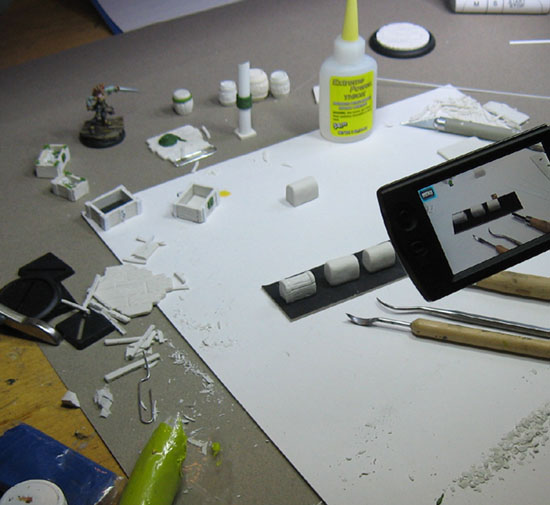 Every so often during the filming of the various basing videos, I snapped a shot here and there.  With so much set up and take down in each video, there were plenty of chances to do so. 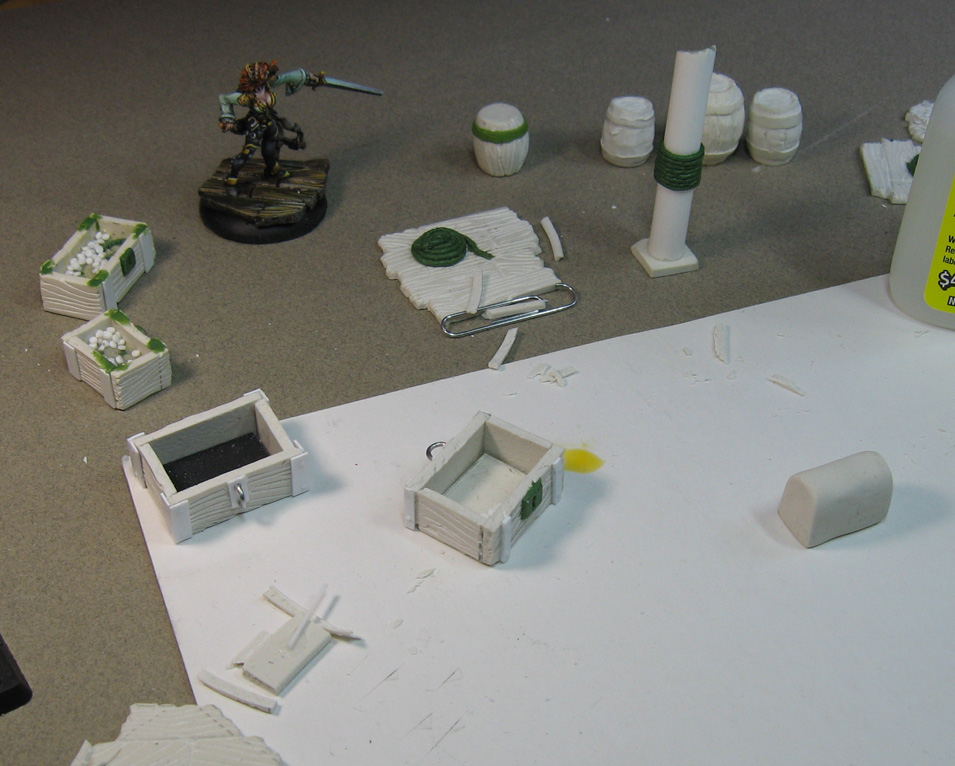 That is very unlike the 'regular' painting videos, which have nowhere near this activity.  For instance, just showing how to make one element of the wood planks video required 9 different set ups and take downs. 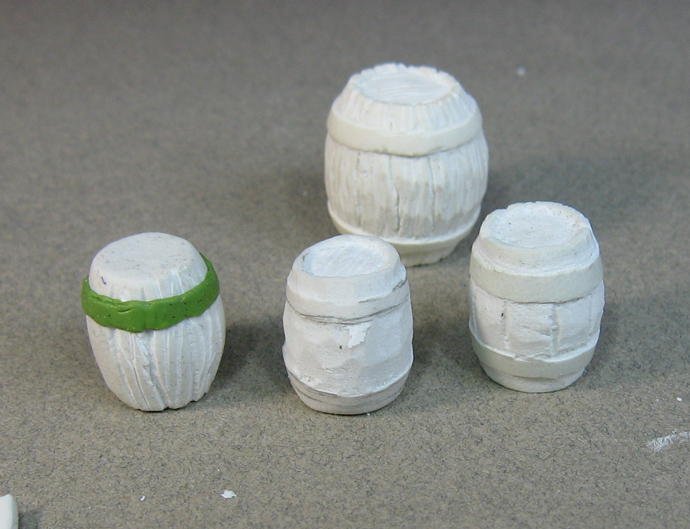 It was similar for the chests.  Each time a new element was worked on, it meant setting up a new set of materials and tools. 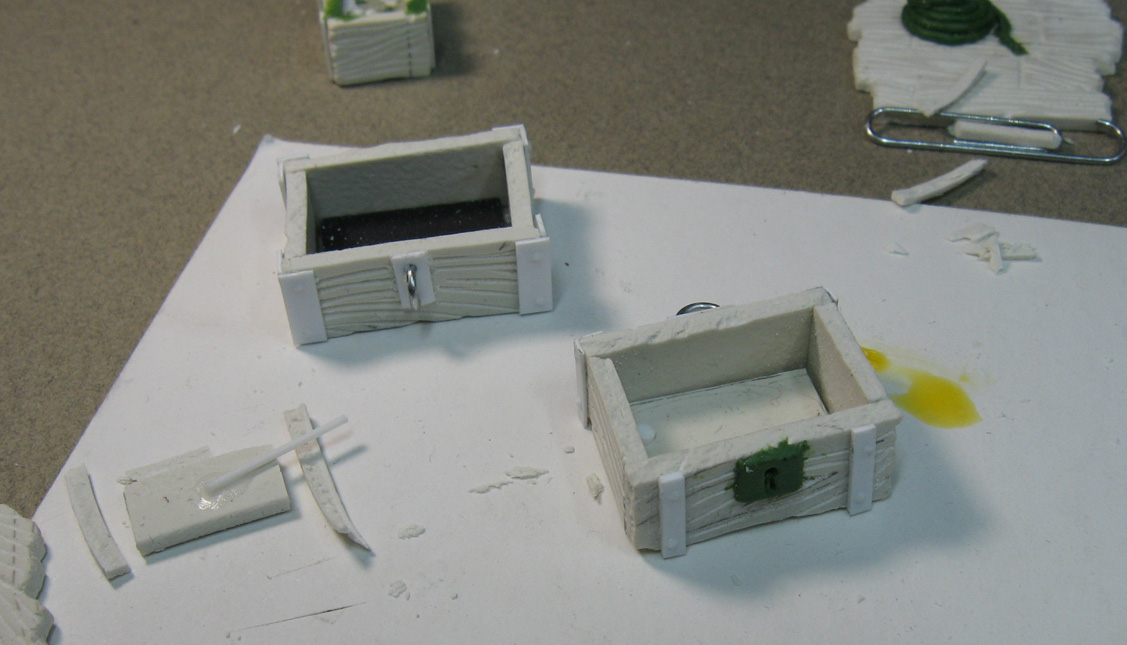 In contrast, a painting video involves far fewer set ups.  You talk about paints, then about brushes, and commence with the painting! 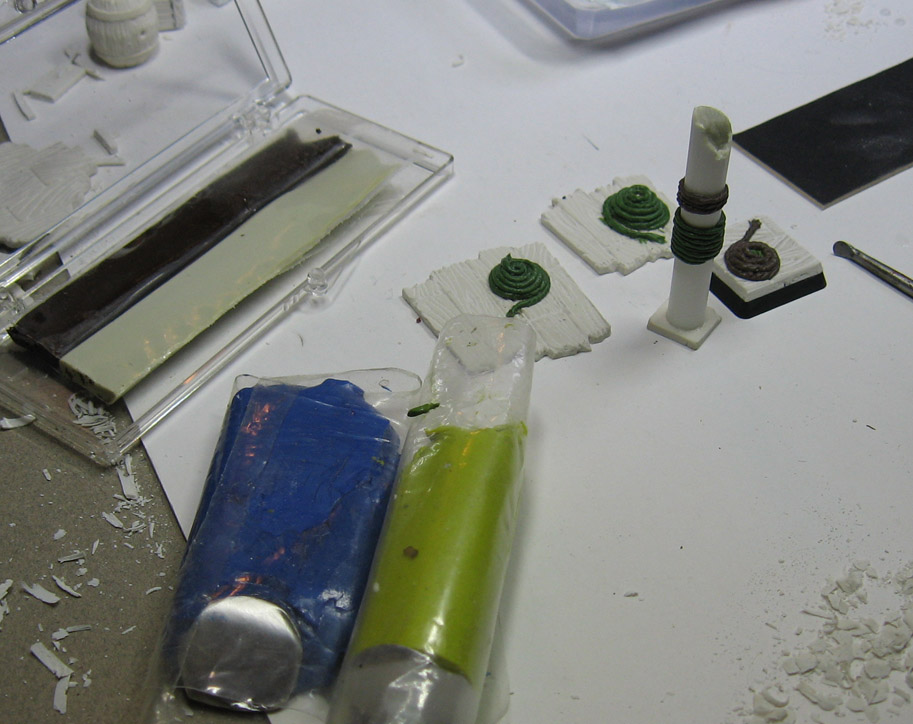 You can see in this image how much 'stuff' is set up just for a segment that could be a short as 3-4 minutes. 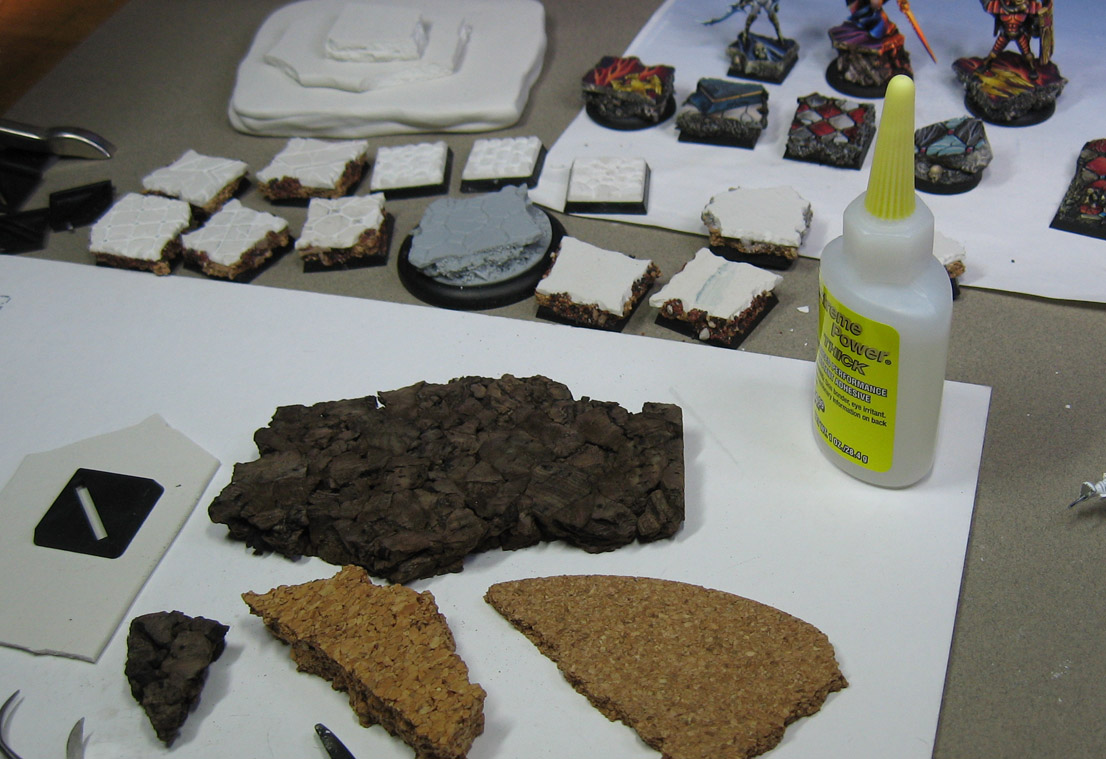 Originally, I was not going to have miniatures included in the basing videos.  However, it seemed important to include a few words about how they will work with actual minis on them :-) 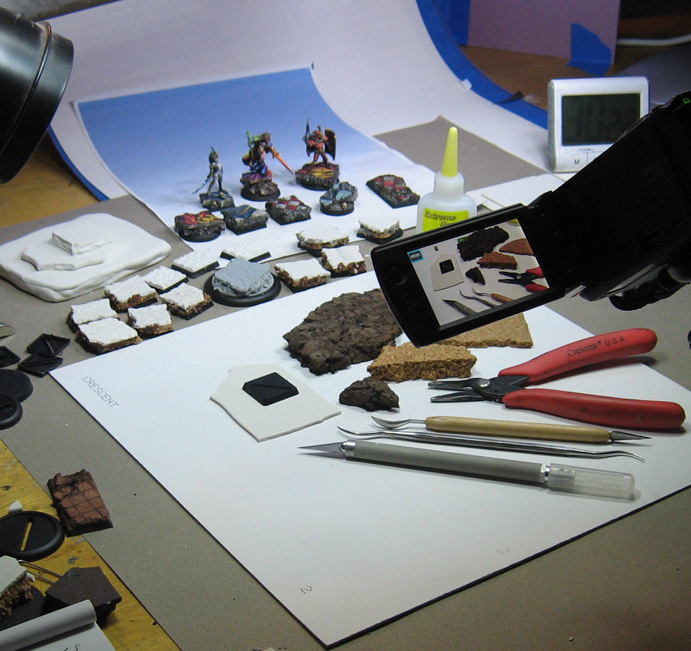 Along the way, I have discovered some other pieces from past projects that show a 'mega' version of the type of base I am featuring.  It was fun to include those! 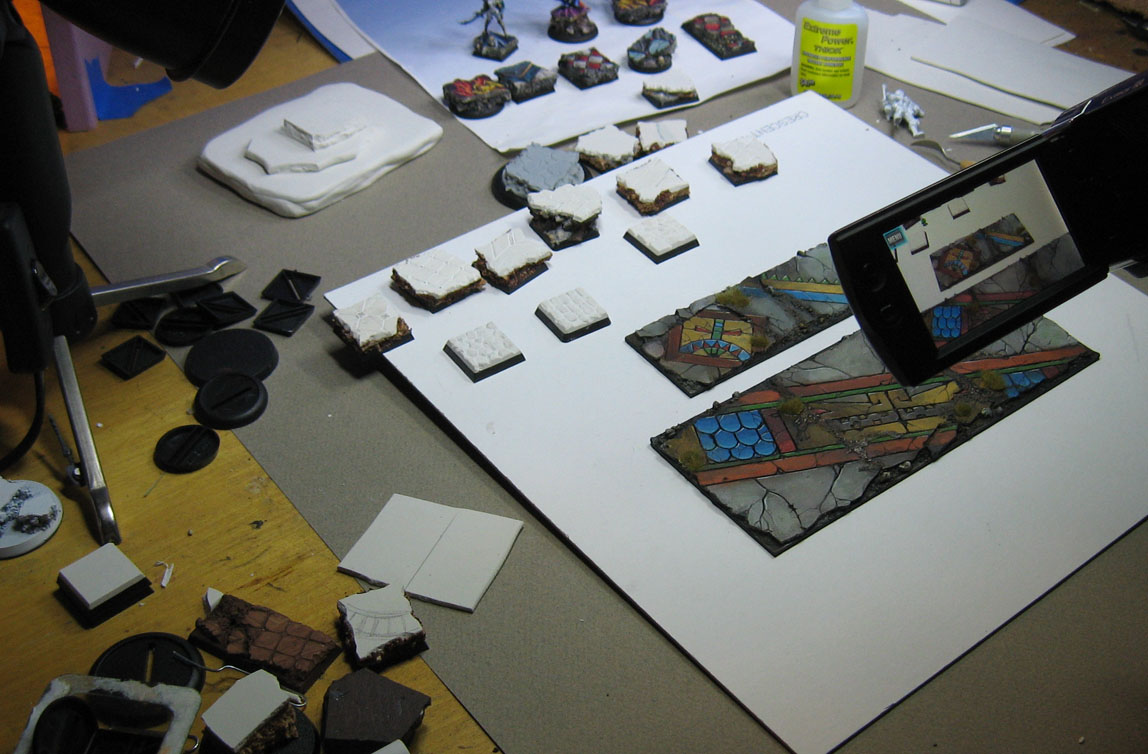 I will post some closer images of these Lizardman pieces, which were originally designed as movement trays. 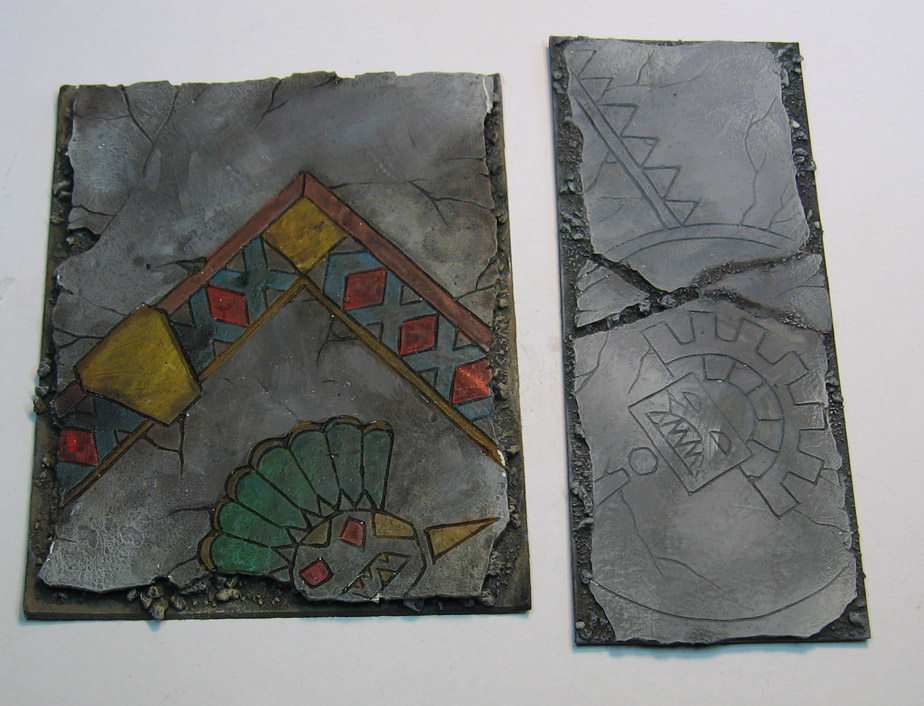 Once I began using magnetized trays, these were no longer practical. 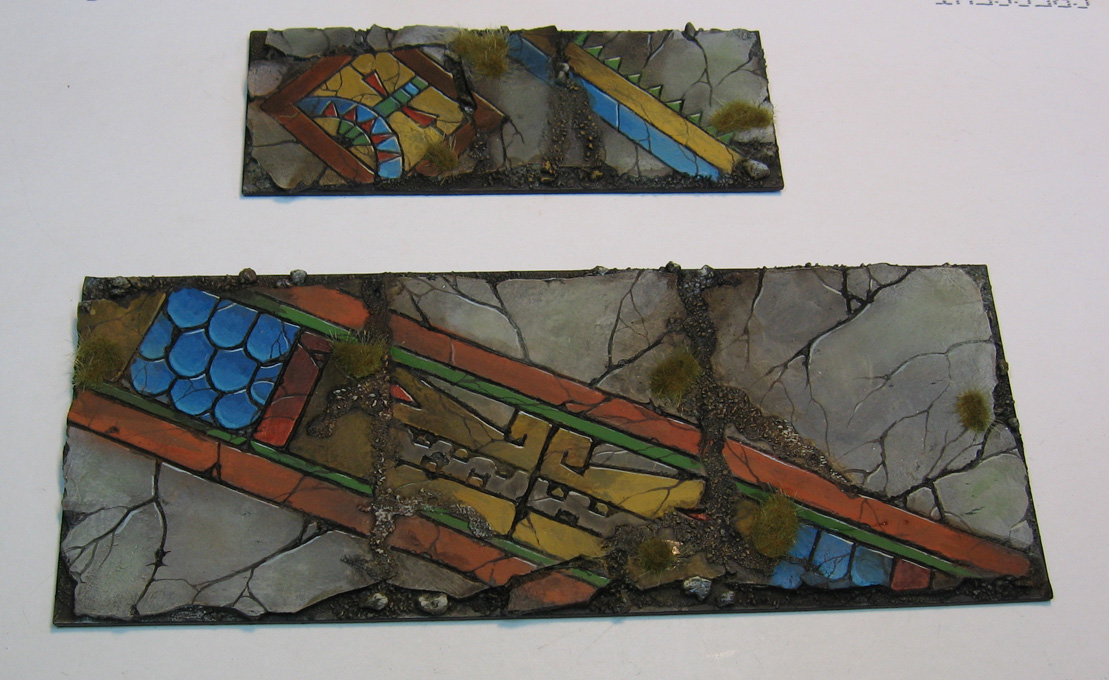 At this point, I will embed them in future terrain pieces. 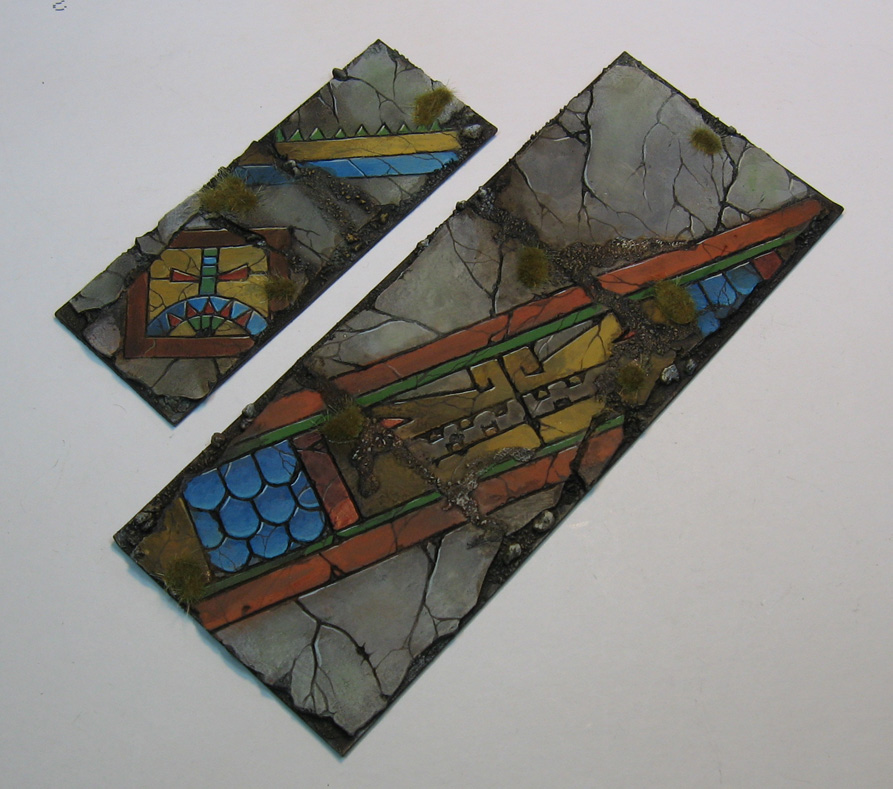 Posted by wappellious at 5:14 PM 5 comments: 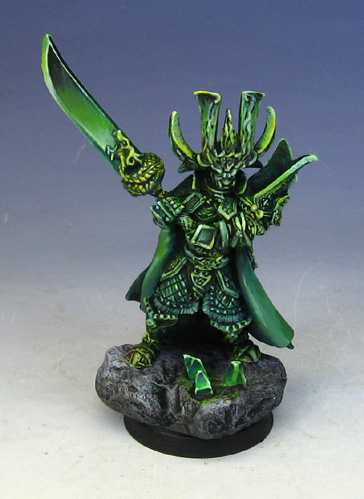 This guy was originally going to be used for the "Painting Greens" video, but circumstances dictated otherwise.

As it turned out, I needed to have a miniature to show the 'practical' use of the crystal base for that video.  I had all the other bases represented by at least one miniature, but I needed one for the crystals! 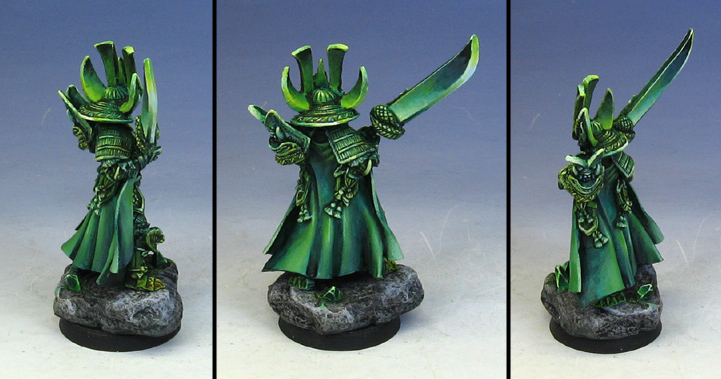 So, I painted up this guy real quick to splice into that video... 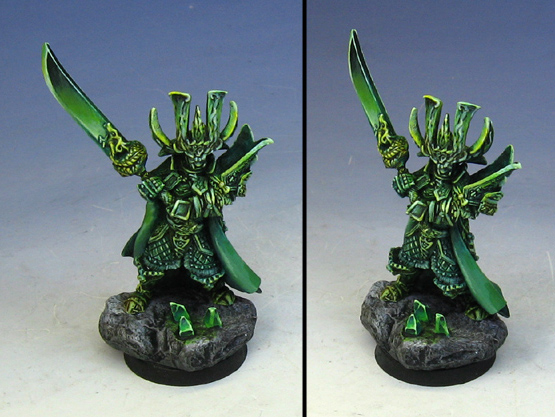 Posted by wappellious at 4:40 AM 6 comments: