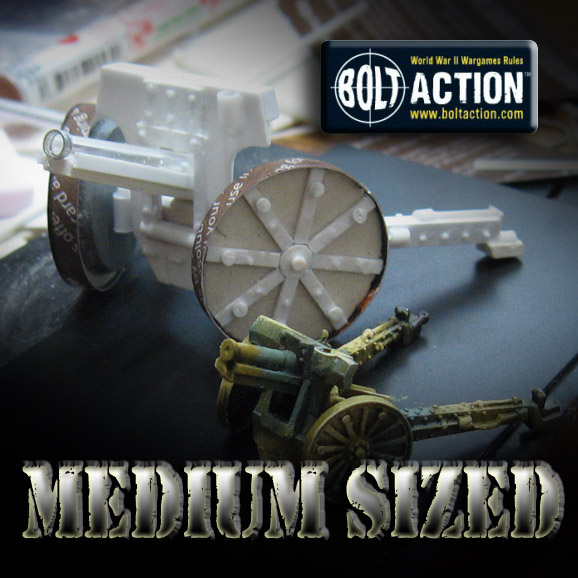 While I was waiting on some laundry the other day, I tried to get some work done on the medium howitzer for my French Bolt Action army.

I could not find one anywhere in 28mm scale, so I knew that I was going to have to sculpt my own.  I had plenty of Flames of War examples to work from.  Using the 75mm gun as a sample (which I also have in Flames of War scale), I was able to make something that would work well enough on the table. 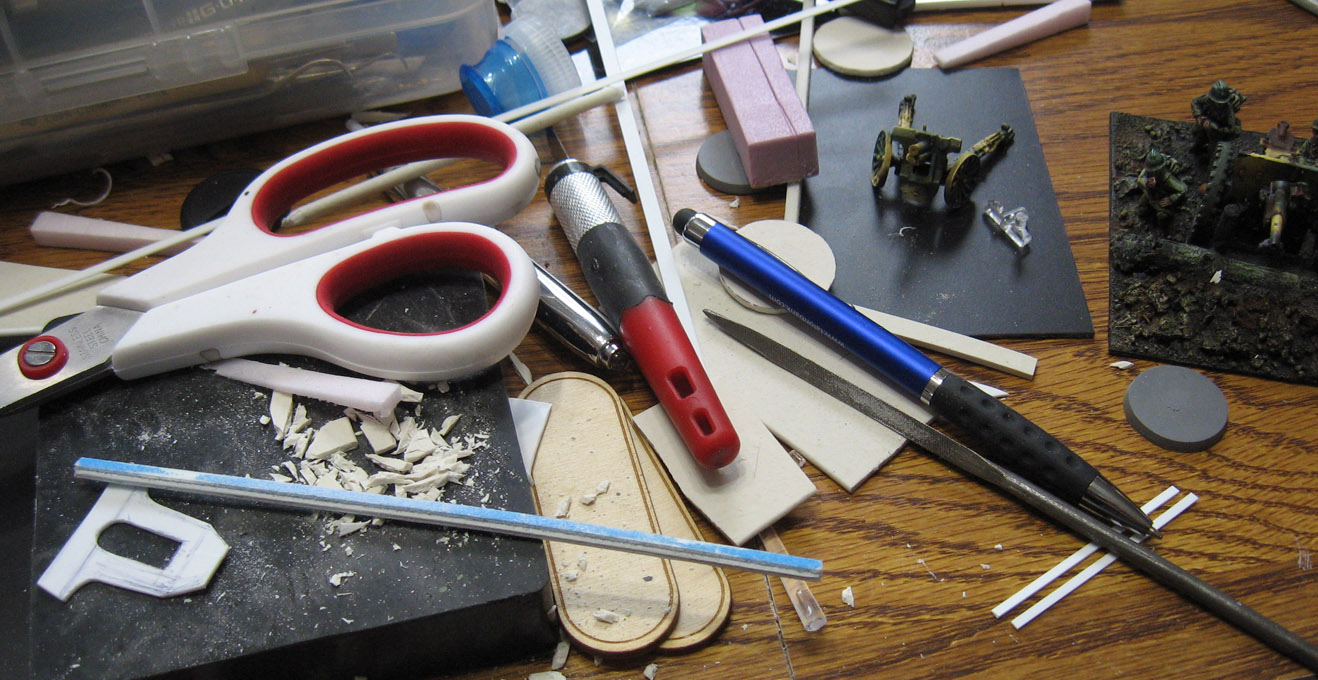 I have plenty of plasticard and polystyrene tubes for work with.  In this case, I had an extra flying stand, which I cut down to fit... and sanded on one side. 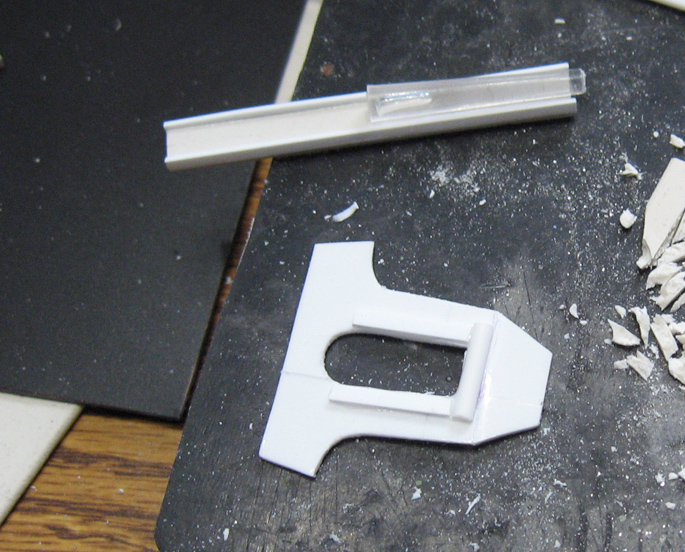 I kept adding additional details to both the gun shield and the barrel assembly, using strips of plasticard and flat polystyrene pieces.

The wheels had to be simplified from the original versions, to save time.  I cut out some sculpey pieces, and used the polystyrene strips to make some spokes! 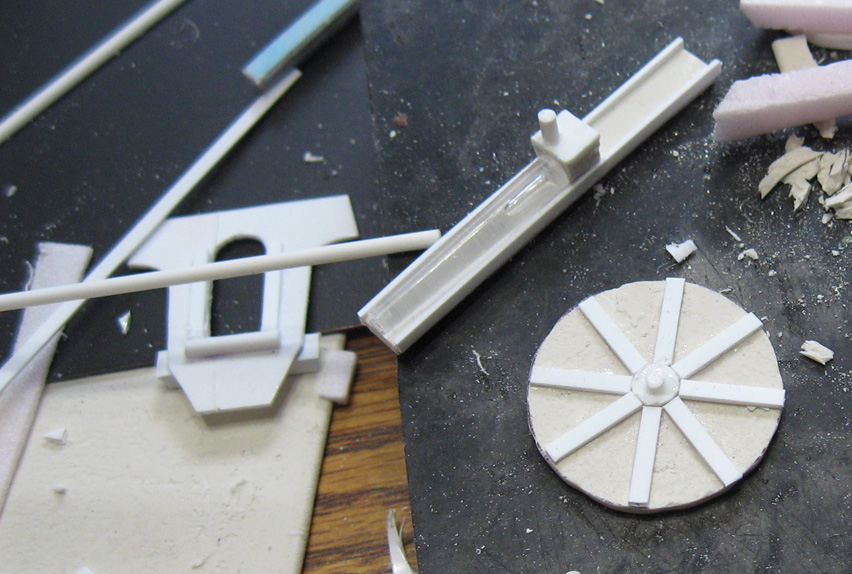 More bits of the tubing was used to make the elevation mechanisms to the side of the barrel. 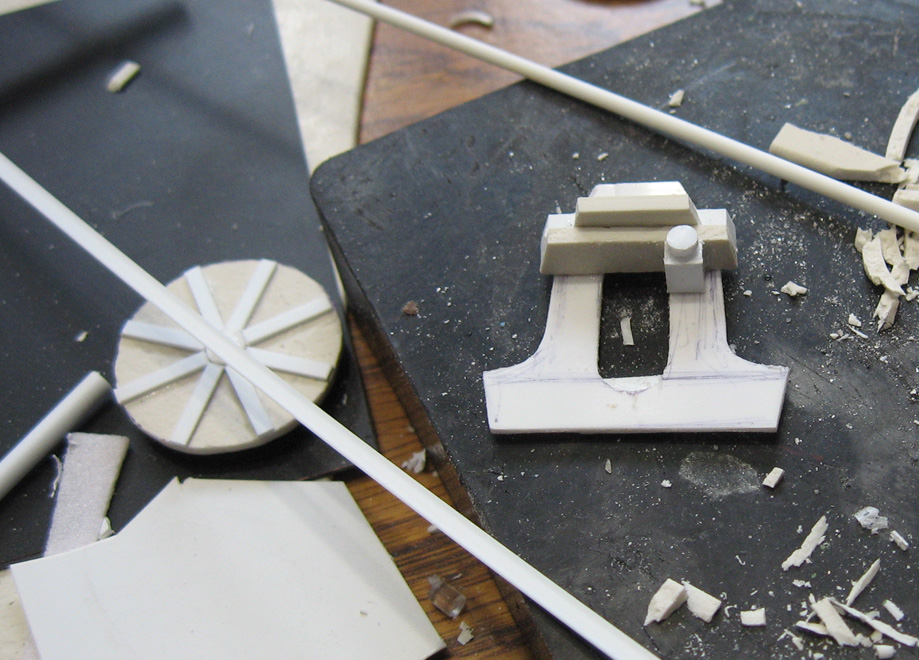 I used the thinnest of the tubing to make more details on the gun shield, which will look very nice once it is painted!  These smaller extra things will make it more convincing... using weathering to cover any flaws. 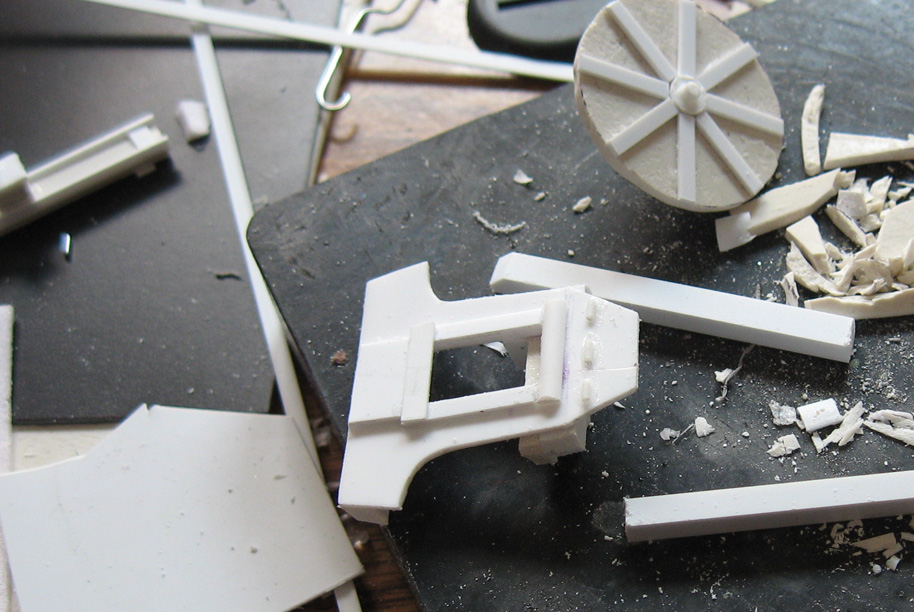 I had to abandon my original plan on the stabilizers, changing to a heavy square shaped polystyrene tubing instead of carved pink foam.  The foam would not have been strong enough, even though it was much easier to create the shape that I wanted.

Also, I wanted to be able to use super glue for everything.  If I brought in the foam, I would have to use elmer's glue, which is not as strong of a bond. 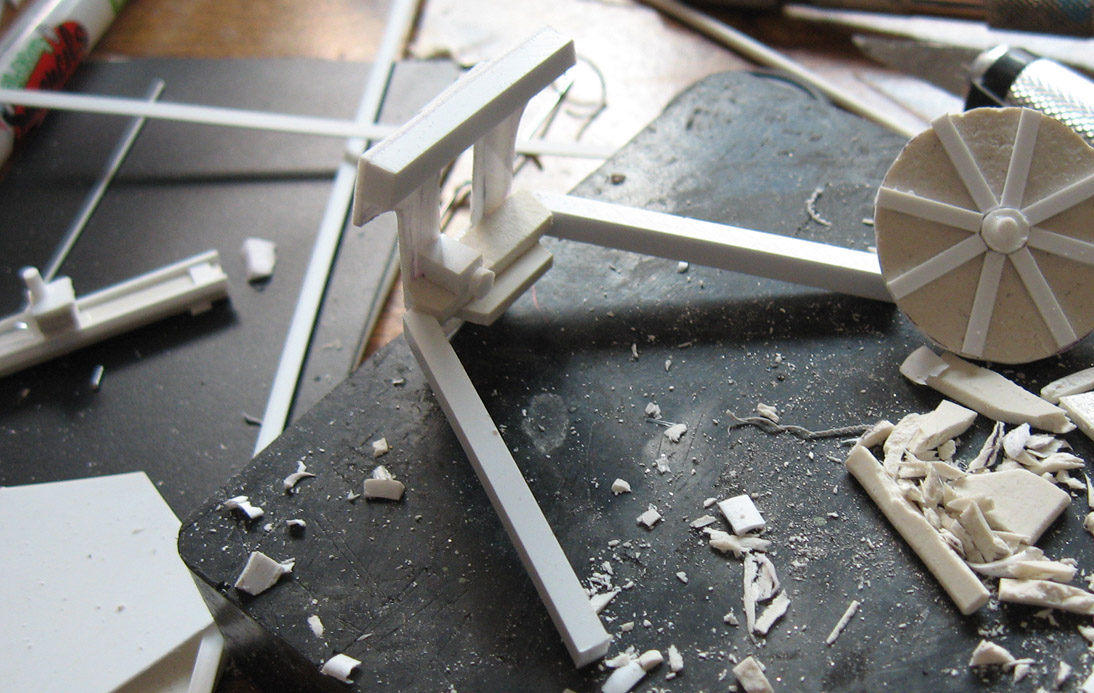 The added benefit of the change was the nice detail of a hinge on each stabilizer where it attached to the gun shield! 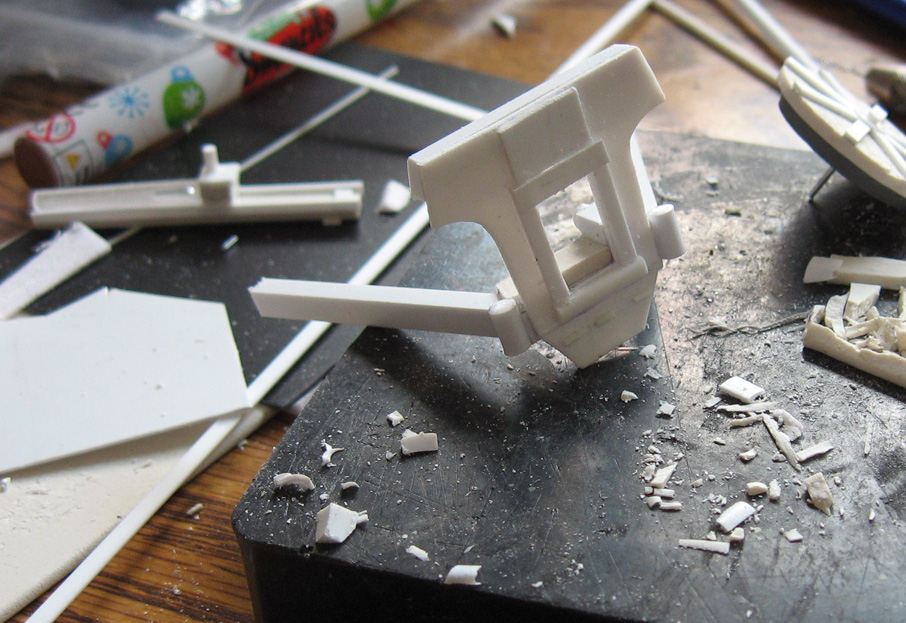 To make the stabilizers look more like the Flames of War example, I made these additional details on the top and sides.  Once again, these are going to be the little things that will make it all seem more convincing!

I could not find my very thin plasticard, so I took some blister pack cards and wrapped them around the wheels. 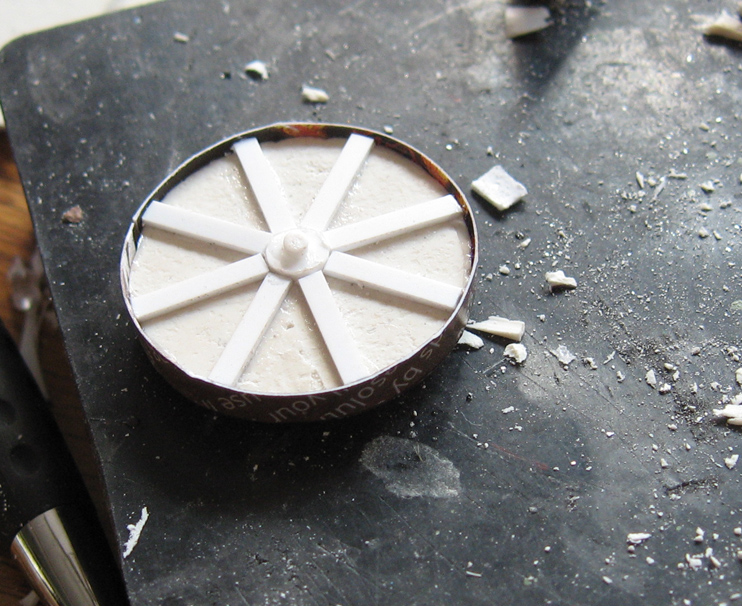 Time for rivets!  Just as I did on the pirate bases, I sliced the polystyrene tubes into tiny coins.

I put them on the wheels first. 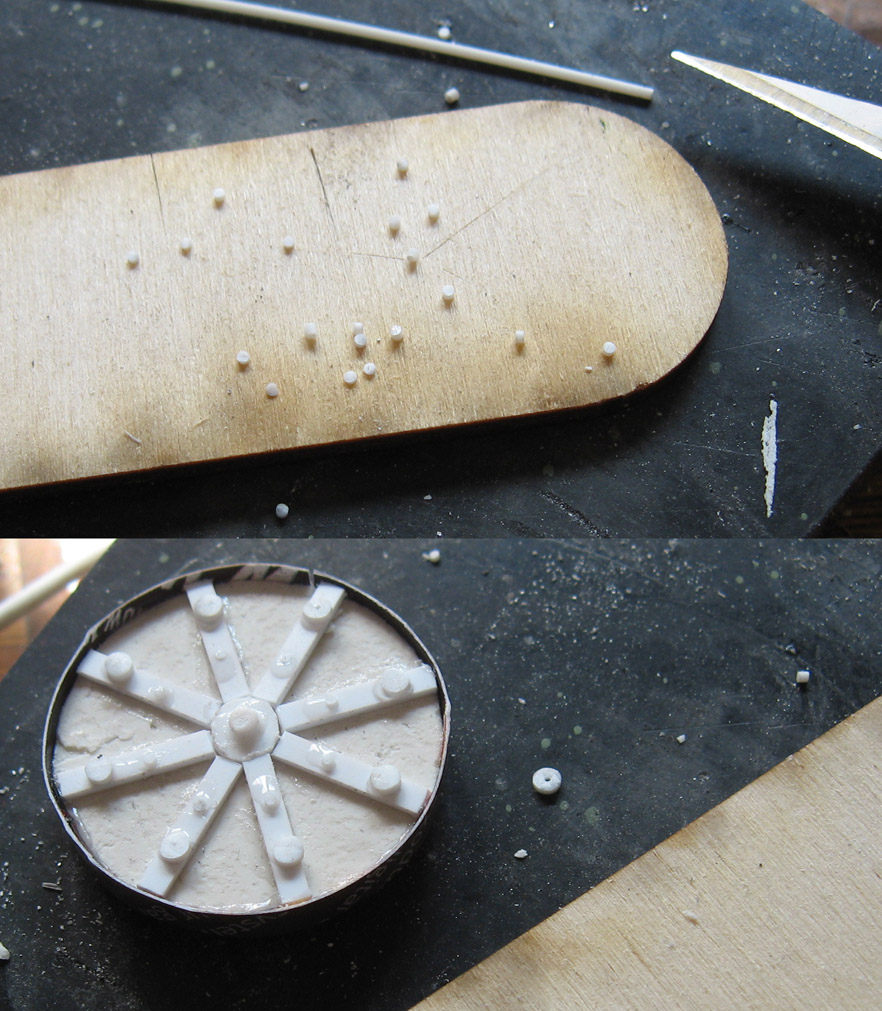 They would also be the last detail on the stabilizers as well as the gun shield. 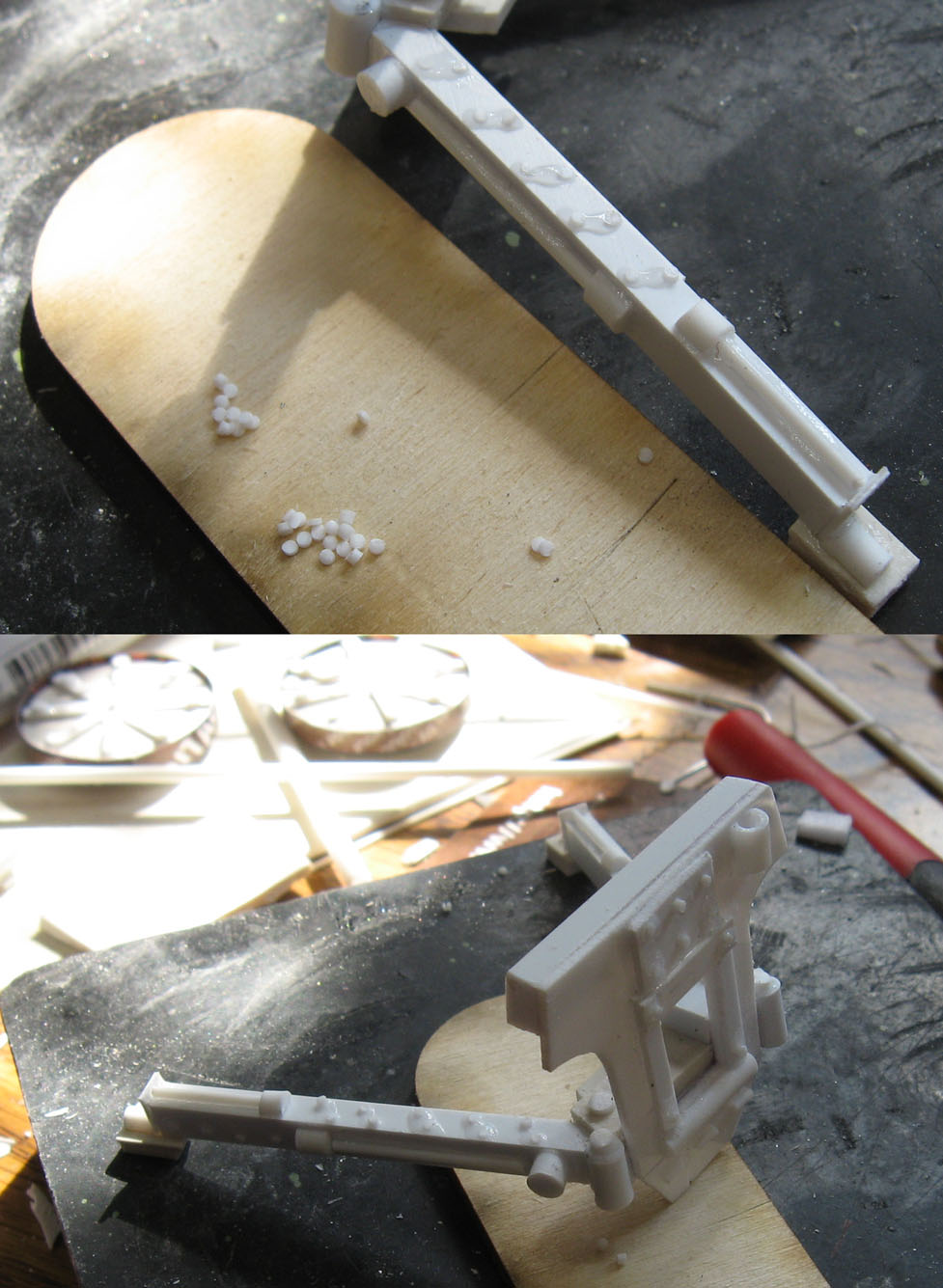 Time to hold my breath and see if it all went together as I hoped!! 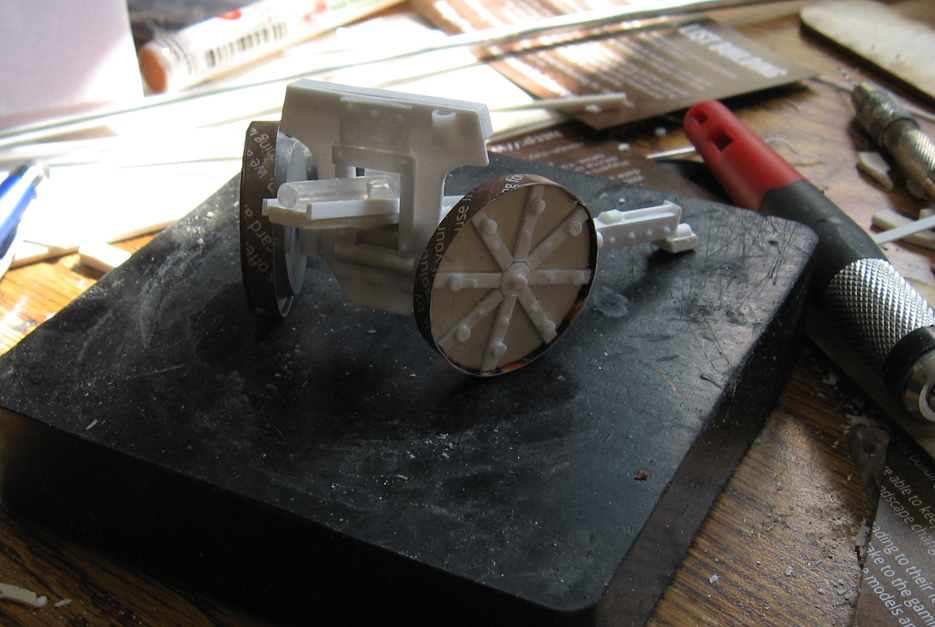 Presto!  A new Medium Howitzer in under 2 hours!!!  Here it is next to the Flames of War 105mm gun which I used as a template.

Stay tuned for the finished pictures, as I have it alongside the Bolt Action 75mm gun for a comparison.  It's being painted now!! 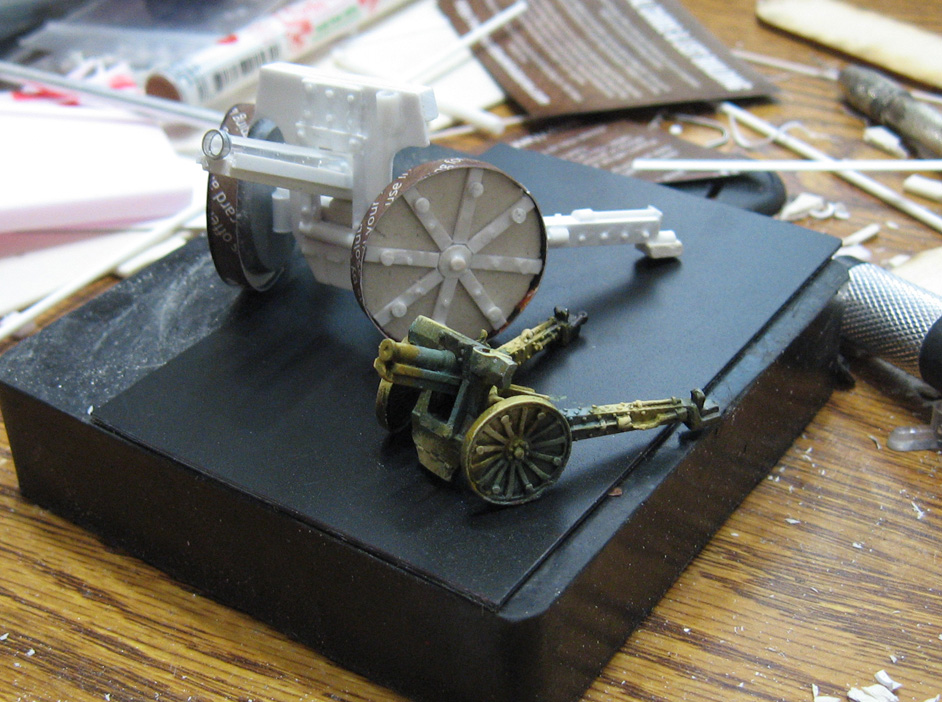