A sniper in the building! 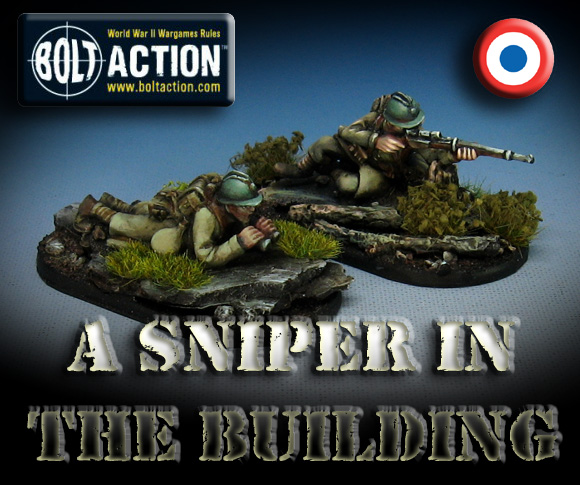 I have not done much with sniper teams in our games of Bolt Action thus far.  It's been difficult to get them in the ideal spot given the scenarios that we have been playing.  The new version of Bolt Action seems to make them a bit more interesting, especially if you put them on Ambush.

Of course, I would still have to roll that 4+ to be able to take advantage of that post turn potential shooting action.

These were also some of the original French miniatures that I started painting.  Looking back on them, it's very interesting to see how differently I work on these Bolt Action figures!

At the time I began working on these, I had been painting a lot of French Flames of War figures.  That had determined how I was going to base these guys, in Ardennes theme.

There's still a lot more French to come, including some anti-tank ground units!