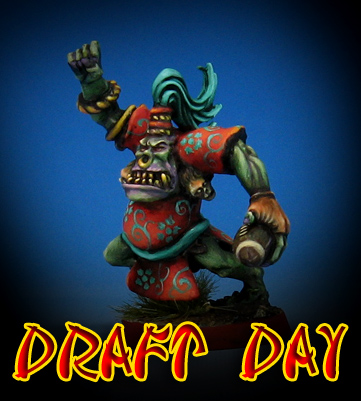 Every Blood Bowl team needs a good thrower, and look who just got himself a top slot in the draft!

This was an old metal Warhammer Orc, who had some 40k pieces added.  The arm and plume were from the 40k side, and the ball was sculpted from green stuff... curing while I sculpted the robe/tunic.

He had a lot of dynamism to the pose, so I had considered a blitzer position for him, but his lack of pre-existing armor made me think he would represent the lower armor thrower a little better.

We shall see how this latest addition does out on the pitch!

Posted by wappellious at 3:19 PM 2 comments:

True converts: the old made new 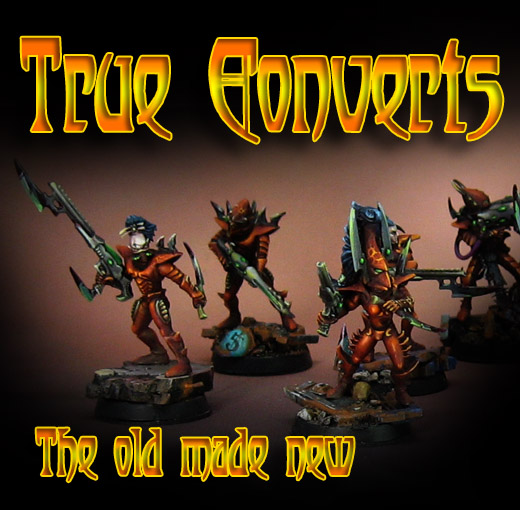 This set of Kabal warriors might have been my favorite unit in the whole Dark Eldar army.

At the time, the new Dark Eldar figures had just come out, but I had a large batch of sprues of the original plastics.  Those definitely showed their age, but I was curious if the two sets could be combined. 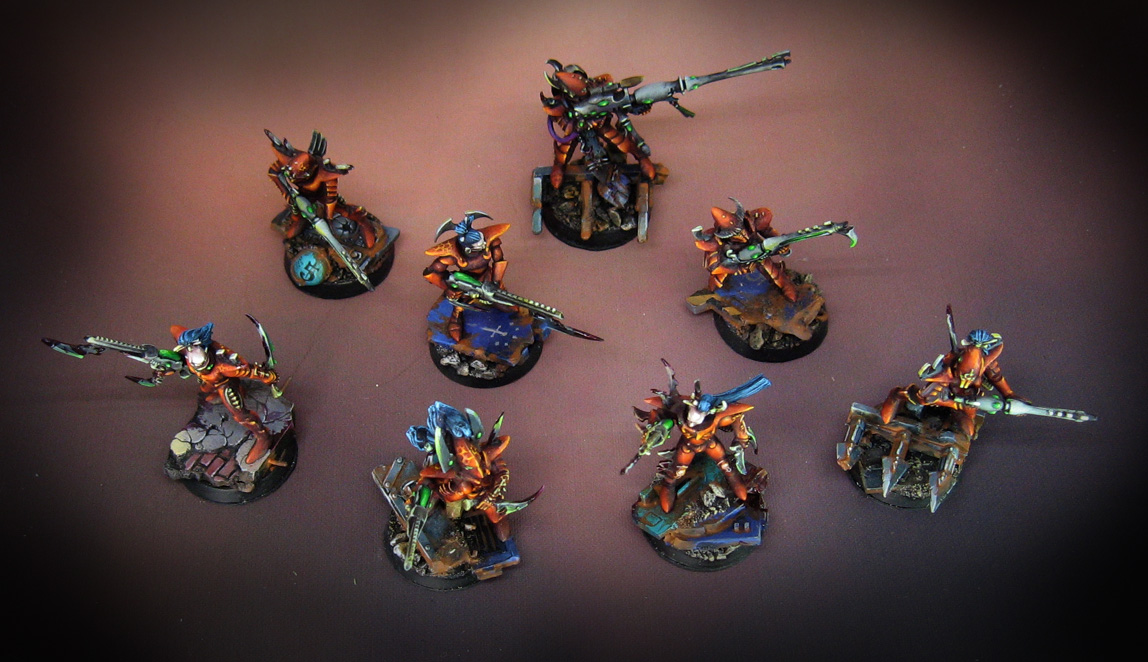 There were a few reasons I wanted to try this... not the least of which was cost savings by stretching out the special weapons!  If I could put the additional special weapons on the older figures, I would have that many more of the new versions to fill out numbers.

However, I ended up using more and more of the old timey figures! 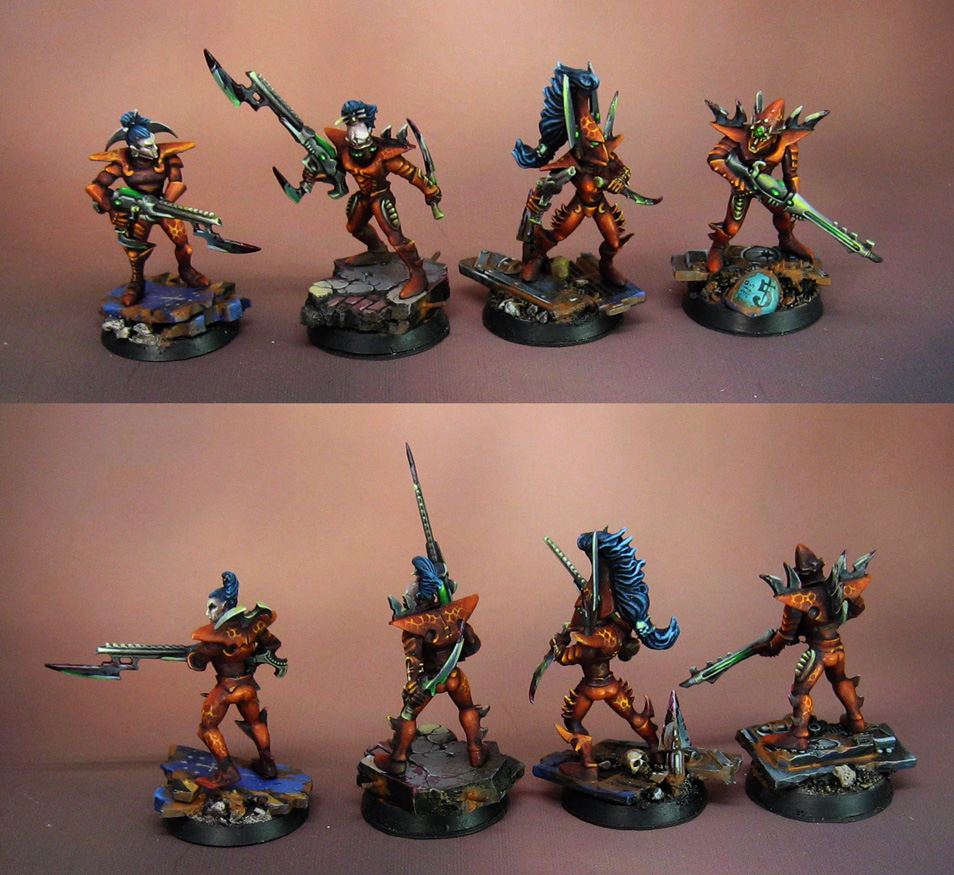 By combining the little bits like knives and blade points, I could make them quite spikey and nasty! 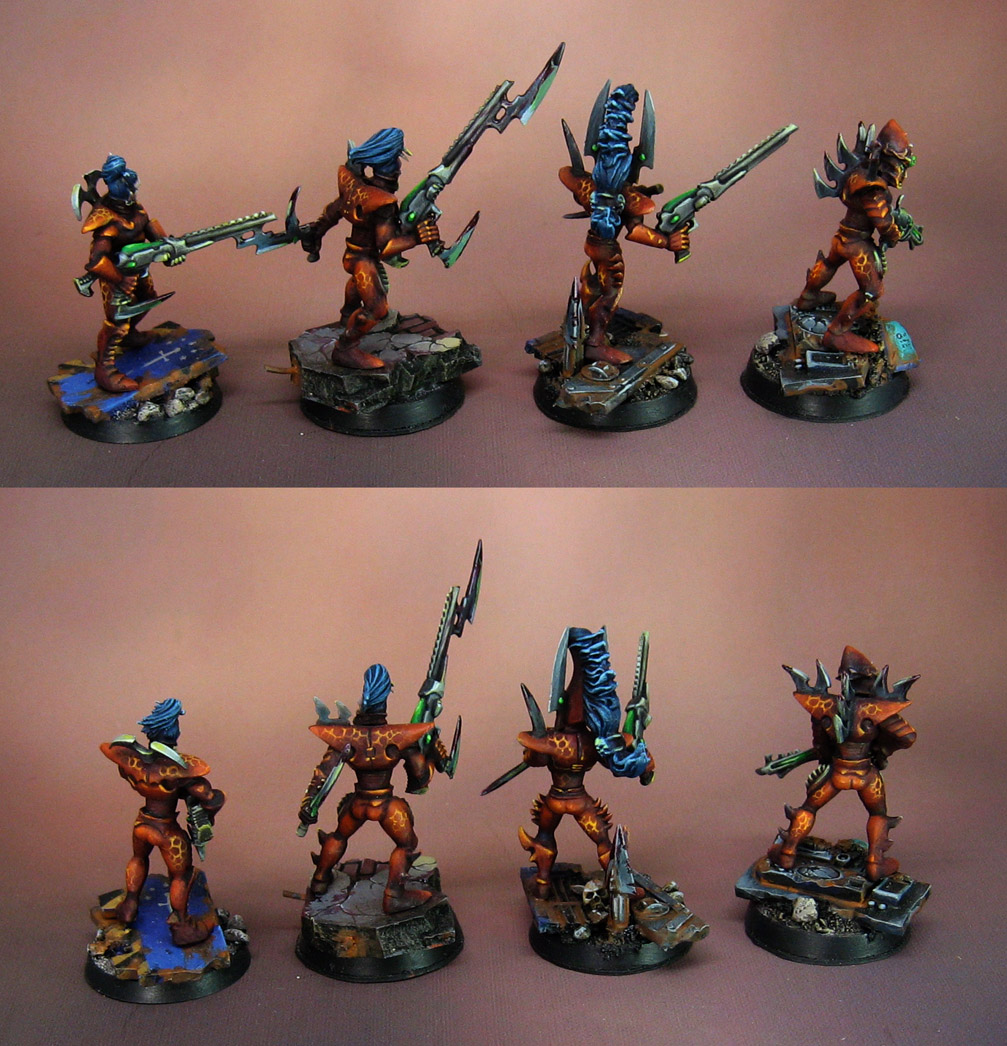 The new heads also fit well on the old versions, which was great!  I could also put the new arms and weapons on these old frames, and that made me very happy! 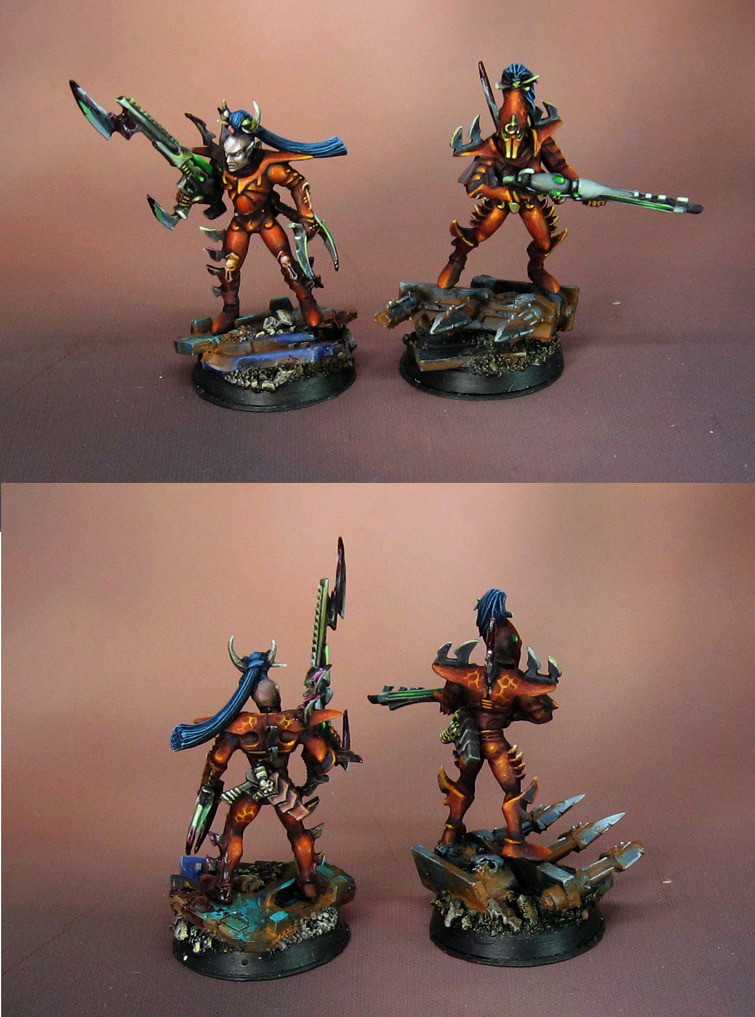 I loved the old head crest on the helmets, so those were saved for officers.  It made for a very unique looking unit. 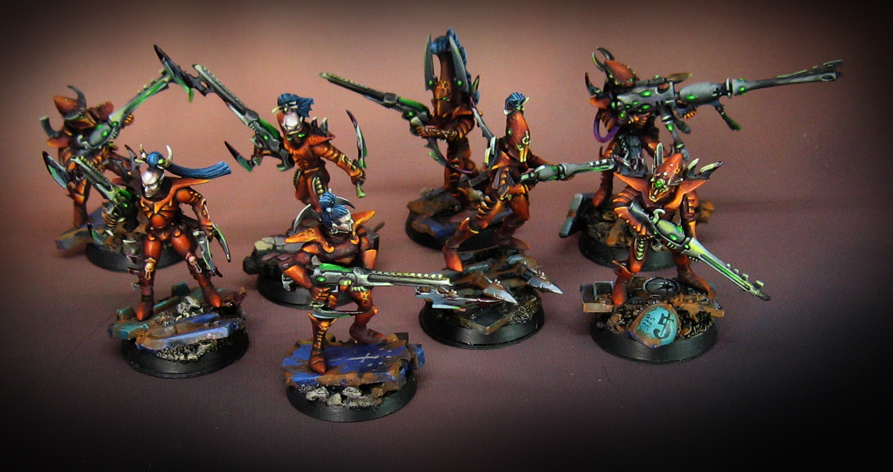 One last view of the Kabal Warriors.  The older legs and torsos also allowed me to put more of that critical freehand pattern on them, and thus I could match all the other parts of the army... vehicles, grotesques and such.

I do have some group shots of the Grotesques, so I will get you those images too!