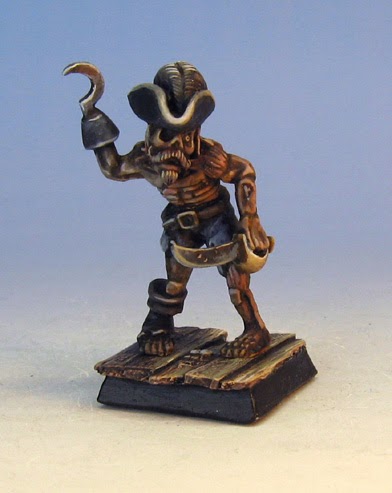 Here is a batch of figures from Armorcast that I painted back in 2008.

If you look at previous galleries of my painted Armorcast figures, you will see a lot of interesting characters like this fez  toting gnome... 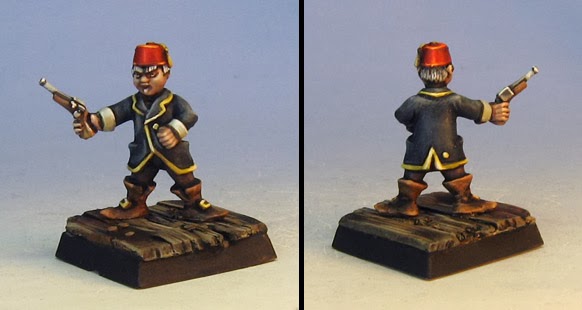 And a Cthulhu pirate!

They also made a series of objective markers. 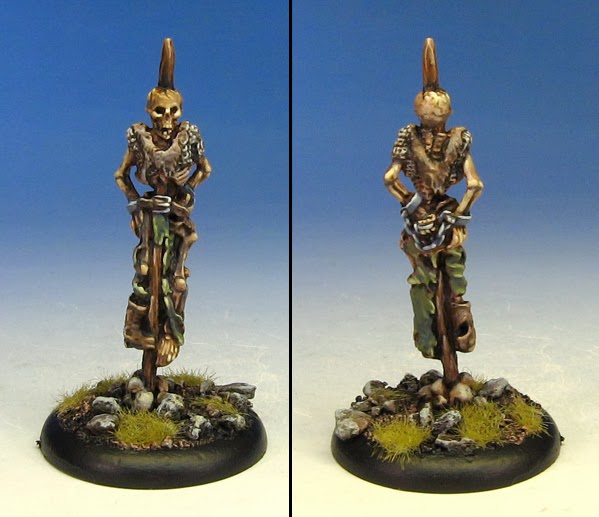 This is one of my favorites.  A big ogre with a lot of character! 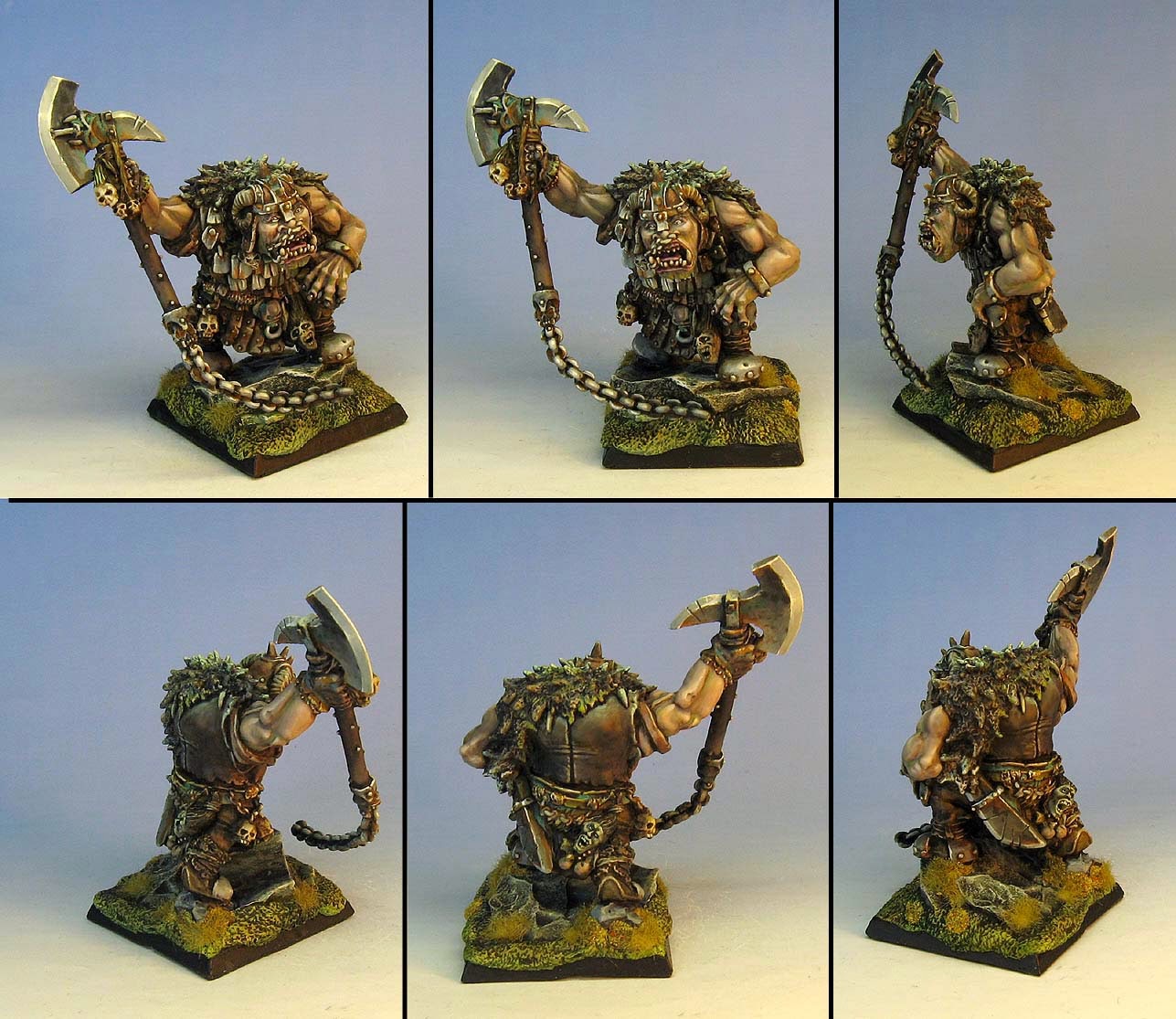 And finally... a zombie pirate.  Time to walk that plank! 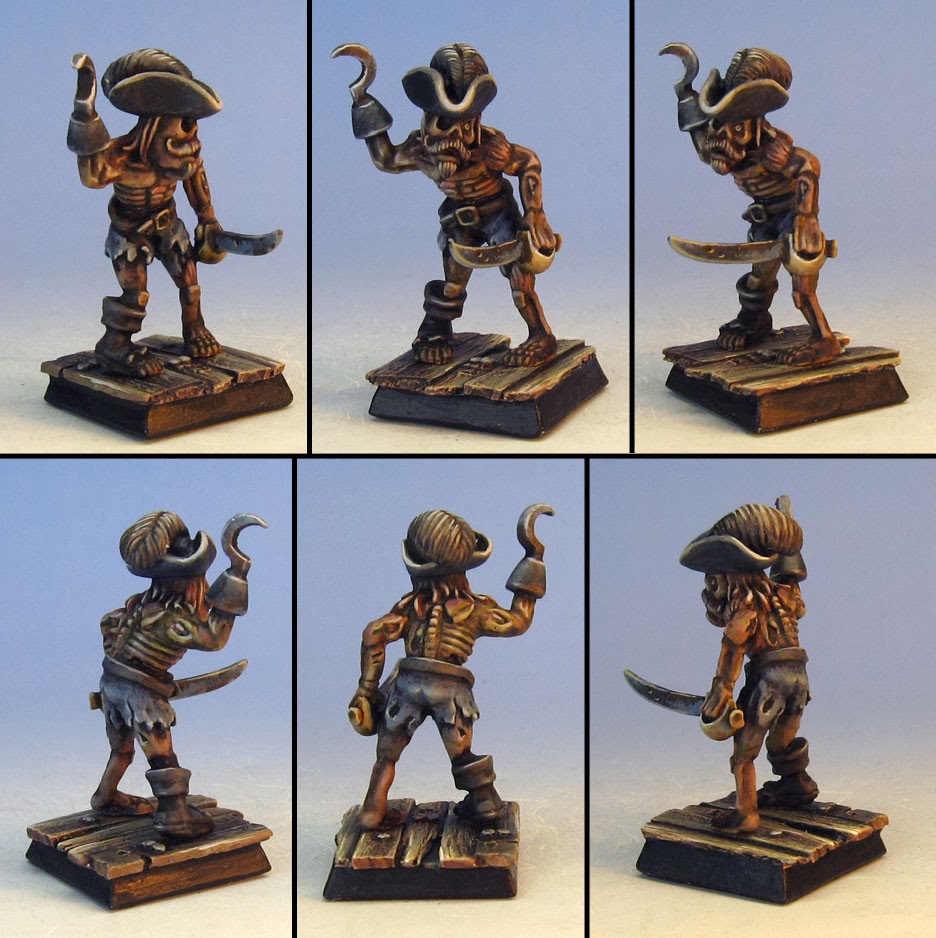 Posted by wappellious at 6:12 PM No comments: 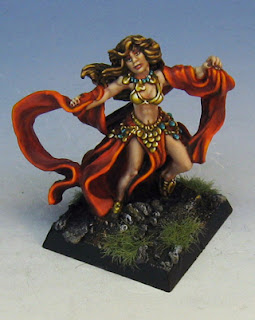 Ok, so this version of the Then and Now is even more interesting than the last one, since I kept running across all these old versions of the Jade Dancing girl.

I had gotten a bunch of these about 12 years ago to use as Blood Bowl cheerleaders.  None of them were ever used for that purpose in the end.  Every so often, another would be painted.

The earliest version that I could find went back to the very beginning.  This one was painted in the August or September of 2002.  The "Now" is more like 2009 or early 2010. 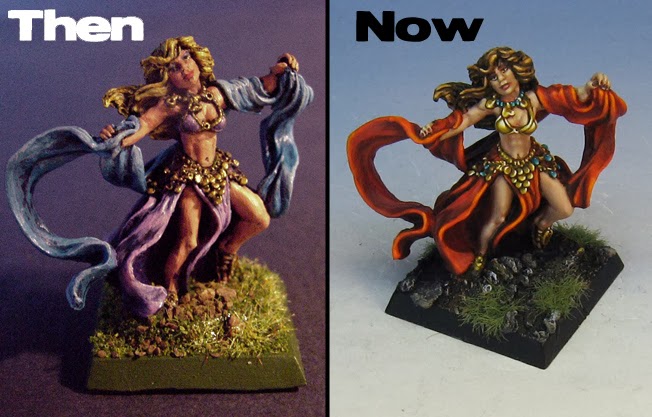 As I mentioned, I just kept running into these things!  The green one was painted in the first few months of 2003.  I didn't locate the other images until after I had made these pictures, so sorry about that! 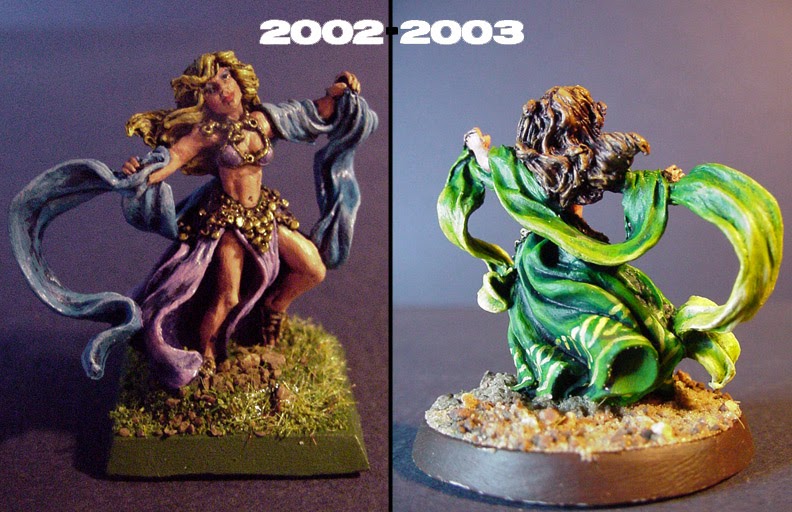 A few years later, after much more exposure to Cool Mini and other related websites, I started to do more elaborate stuff... like basing!  Gee, go figure. :-)

While I don't remember too much about these old minis, I do remember that rug taking a long time!
In fact, the whole mini took ages compared to what it would be today. 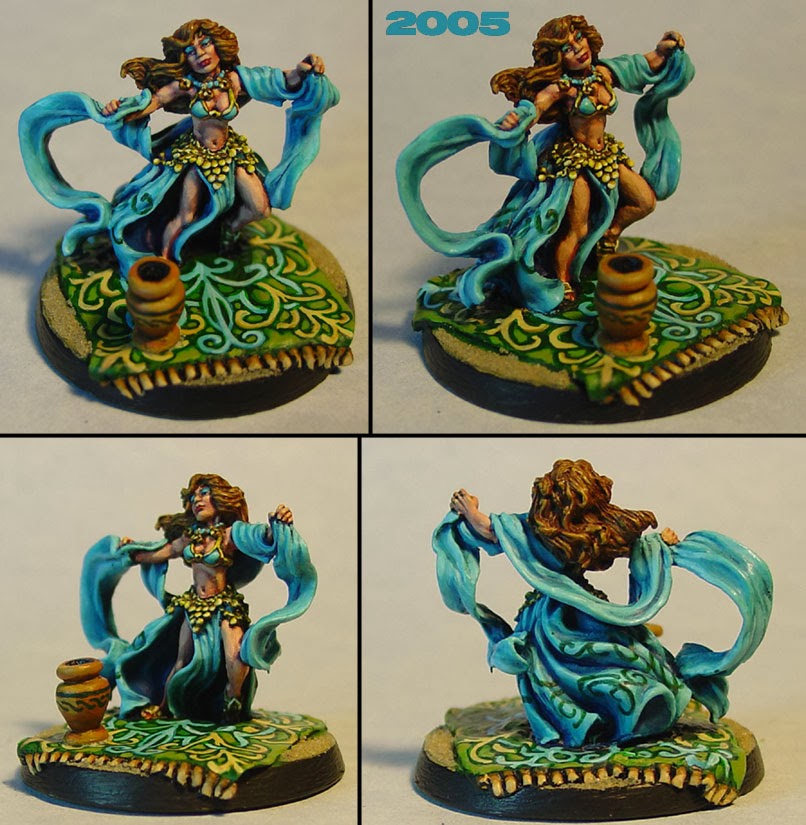 The next figure was done in late 2006, I believe, and was part of my experiments with various dried foliage.  That stuff was used extensively on the dioramas I was making at the time, so I tried to incorporate them into the regular figures as well.

I guess I was also learning how to make freehand be a little more subtle.  It would be neat to see the old green dancing girl next to this newer version.  If I still have any of these around, I will obviously have to try it again! 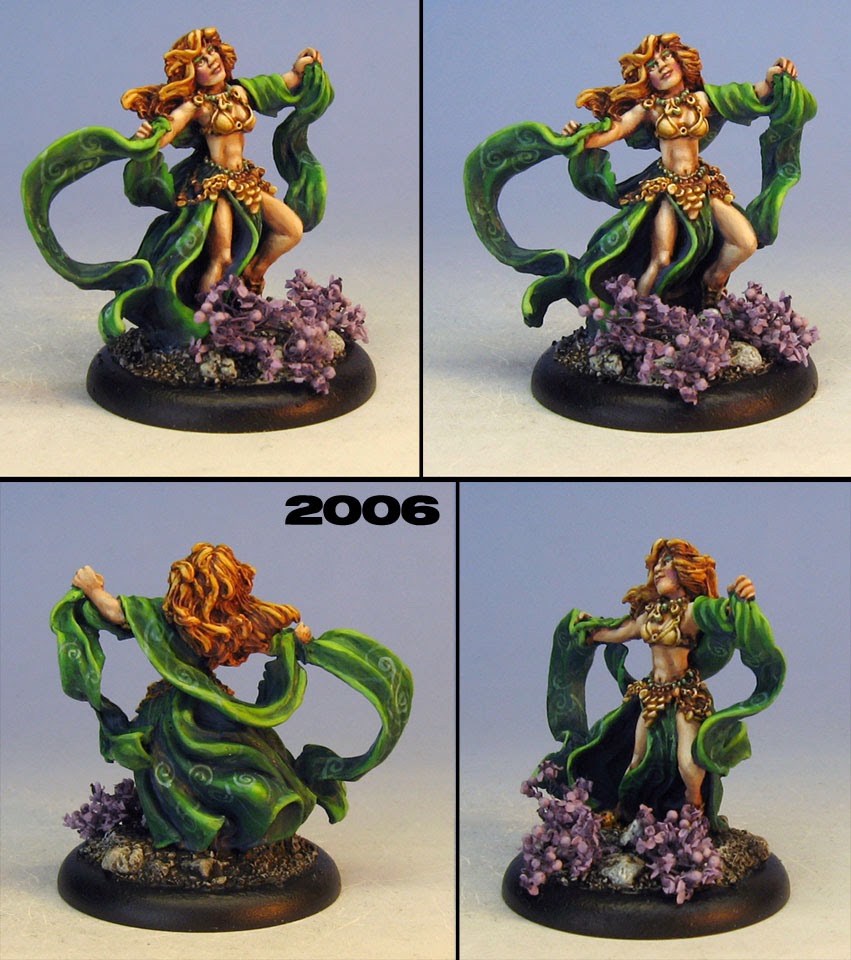 Finally, we have the most recent version I could find.  It does not have any fancy freehand, but I noticed that it had some verdigris on it.  There are also more subtle lights and darks, and more flow.  In general, more toned down.

One thing that caught my attention was how the bases of that 2002 attempt was so similar to this effort... with big differences!  Many years ago, we didn't even know you were supposed to paint the rocks and gravel.  Heck, even static grass was this brand new magical thing.

So, like I said, if I can track down one more of these, I will see if it looks any different.  I already know it will take much less time :-)  However, since I have discovered the wonders of the razor saw since all of these versions were painted, she will be on a much more elaborate base.  Or even a plinth.

Scary to look back on something from 4 years ago at most, and see it as ancient history. 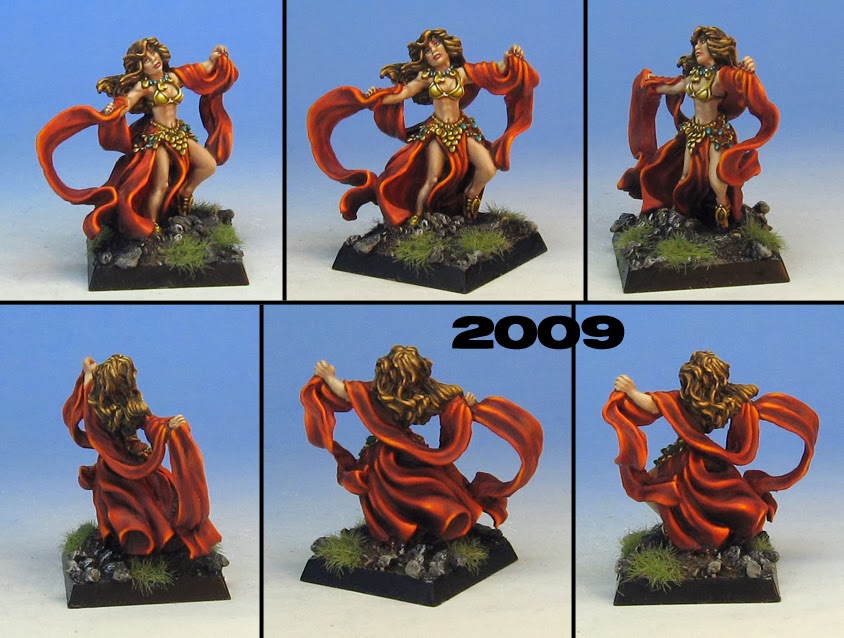 Posted by wappellious at 3:20 AM 6 comments: