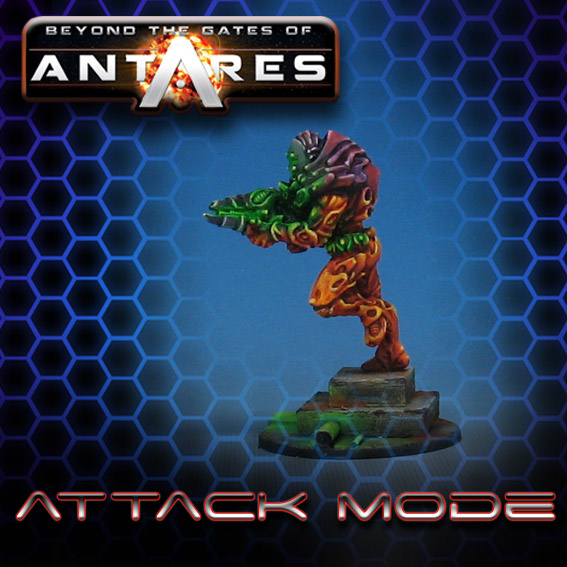 Here's another exercise in fluorescent paints, utilizing some sci-fi basing and a Gates of Antares trooper.

He's from the Isorian faction, part of an eight man squad .

These views show the color transition on the upper body armor.  I wanted the colors on these upper areas to be darker and cooler, to better contrast with the green glow.

The brighter orange tones would have competed too much with my glow.  remember , contrast takes many forms !

It's not just lights and darks!