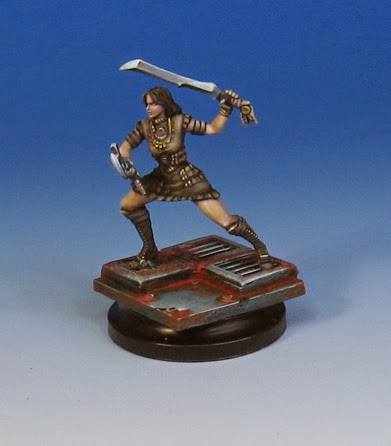 The first miniature from the Wild West Exodus Wayward Eight set is complete!  This is 'River".

After doing all these giant projects such as the Siege Train, the Holy Roller, and all these Forgeworld beasts... she seemed like a gnome!

You might remember the set of bases I made with the Happy Seppuku moulds.  The idea was to create the deck of Serenity. 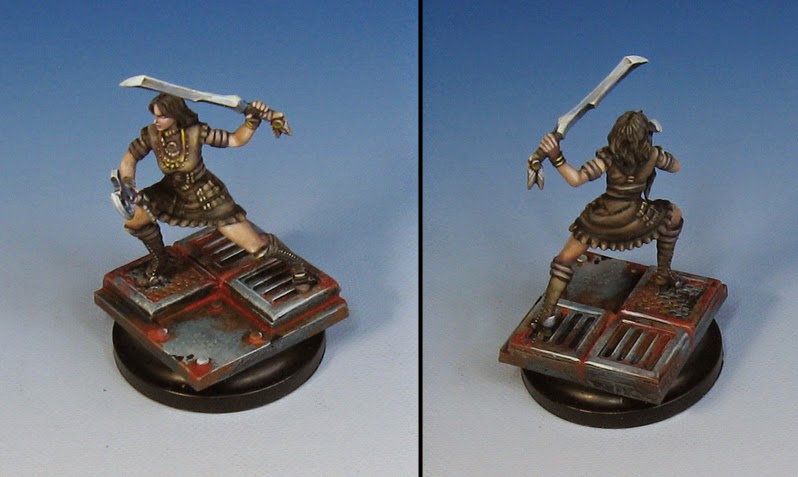 Posted by wappellious at 2:03 PM No comments: 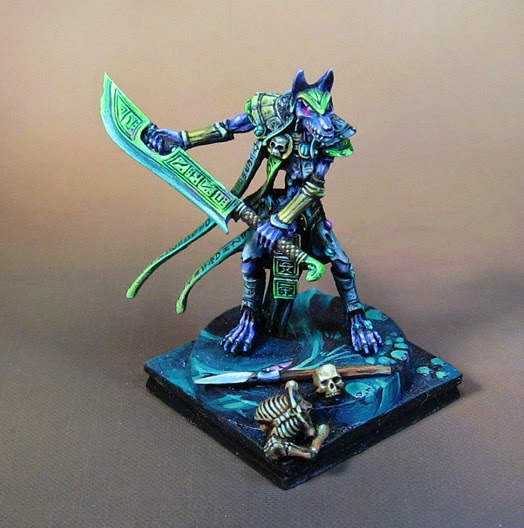 Here's a few more Tomb Kings units for you.  First, some scratch sculpted Carrion.  Two headed and multi colored to match the story that I wrote for the army. 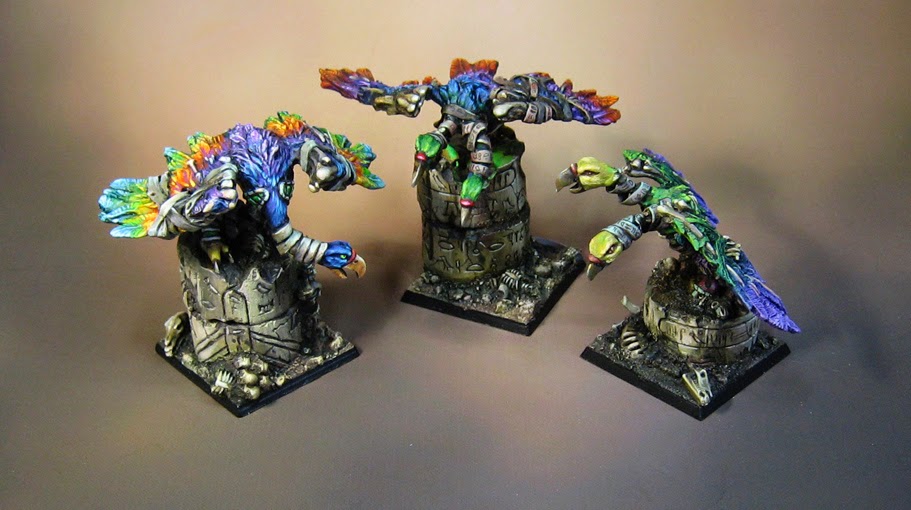 Also, the columns were sculpted by carving baked sculpey.  They tell the story of the Second Fall of Pseusenes.

It was not easy to carve in those textures around the cylindrical surface, that's for sure!

My hands hurt a little bit afterwards, but the results were worth it! 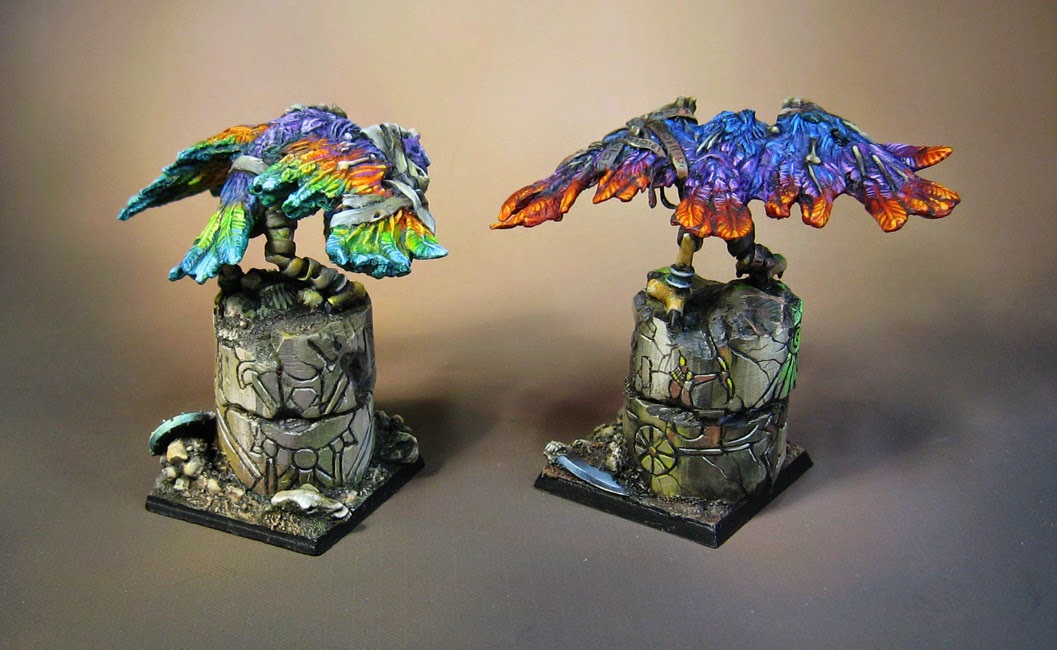 This unit of Ushabti never was included in a game.  They were extra decoration on the army board to fill in a few alcoves. 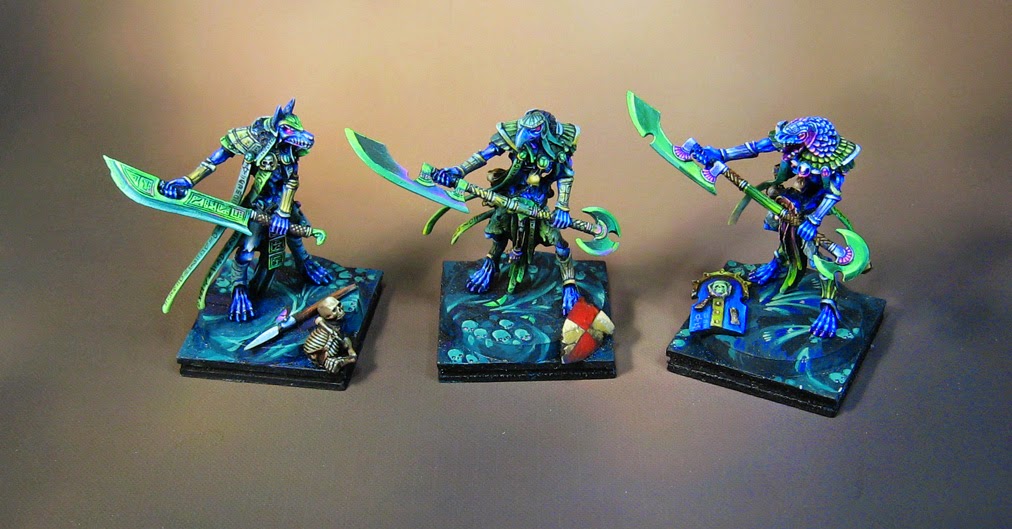 They were fun to paint, just like the bow wielding variety. 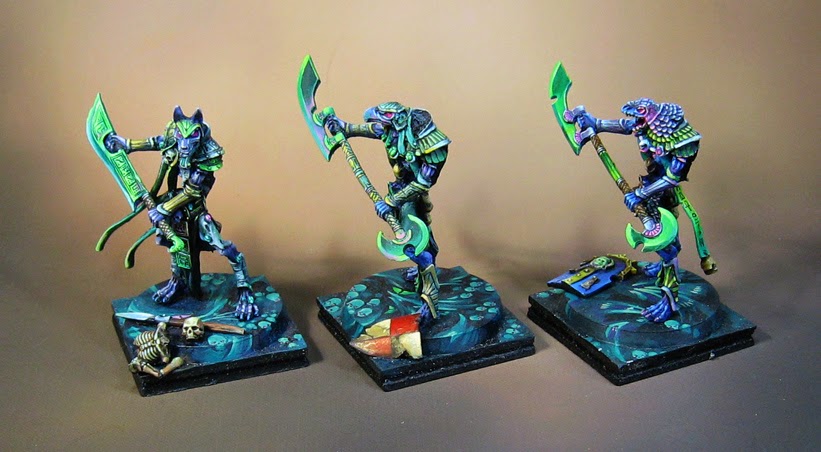 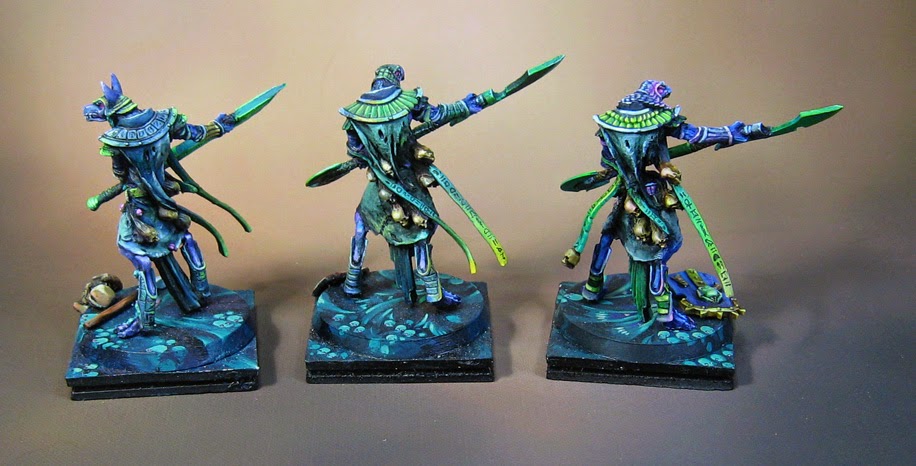 And some individual shots.

Posted by wappellious at 2:14 AM 6 comments: