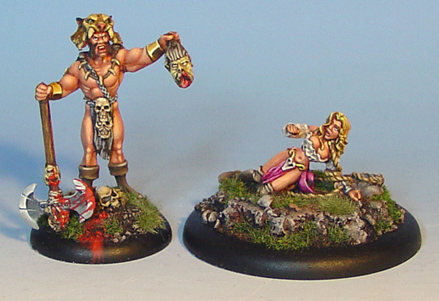 Another set of minis from the Fenryll archive.  I wonder if these are even available any more.  As with the previous Fenryll figures, I am pretty sure these were painted in 2005/06. 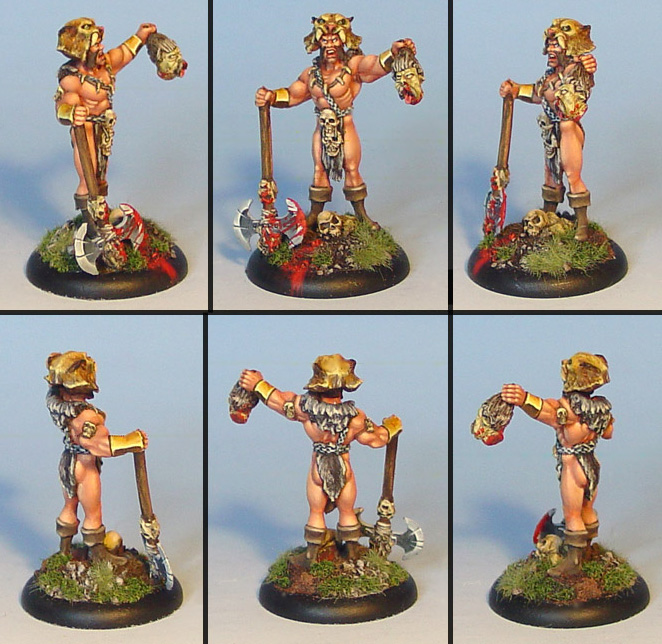 I could have used  a bunch of these captives for the Dark Eldar  :-) 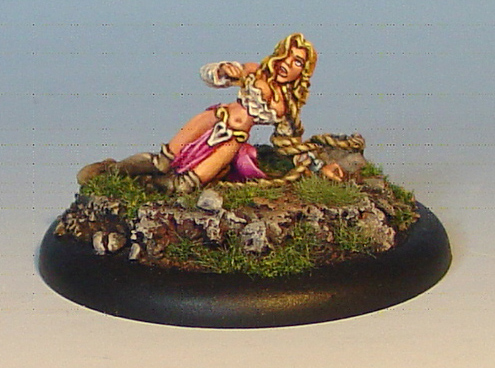 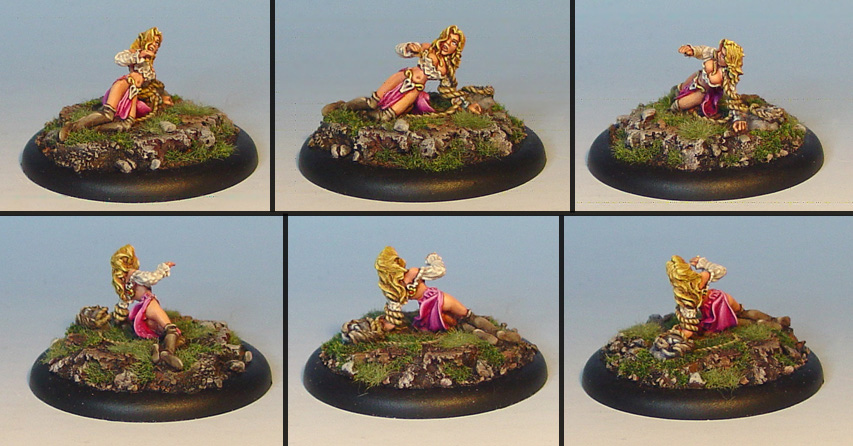 The face that launched a thousand ships... 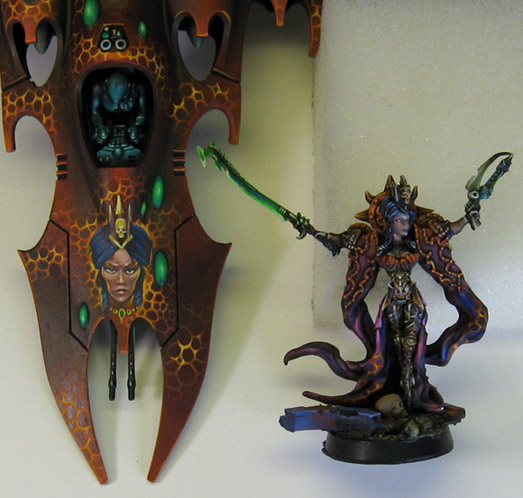 Wouldn't you go mess up a crummy Imperial world if this lady told you to?

She is Asharah, the Archon of my Dark Eldar army.  She is also a special character figure from Raging Heroes (you can see the blog post on her here: http://wappellious.blogspot.com/2013/03/introducing-ashara-archon-of-fire-talons.html 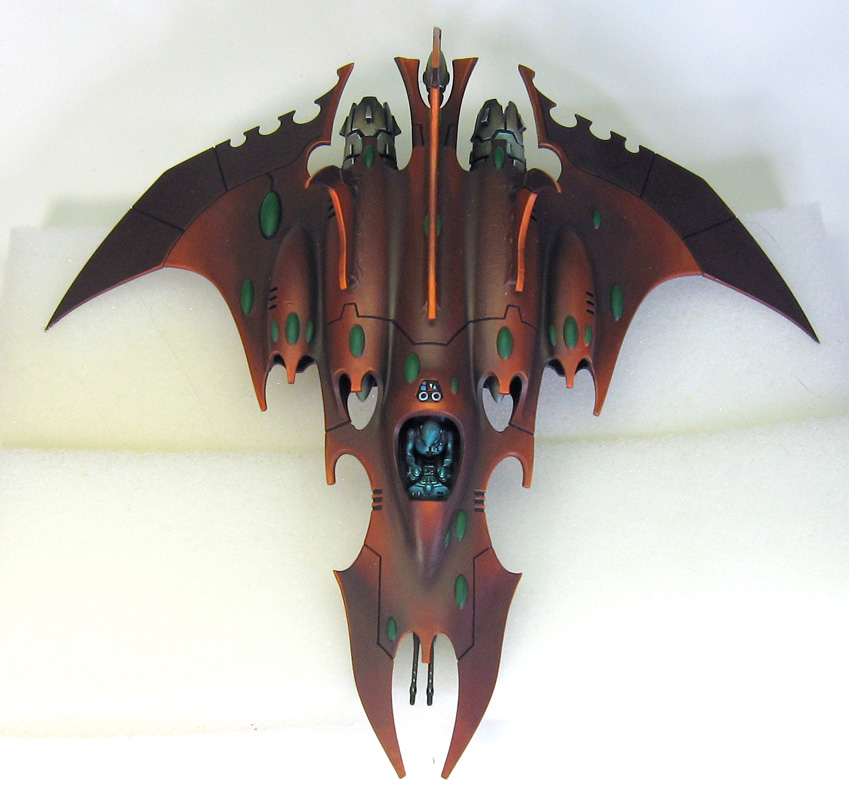 These images show the Razorwing prior to the freehand.  I used a variety of filbert brushes, which helped me to paint all the surfaces and shading rapidly.  While its flat shape allows you to cover a lot of area quickly, the rounded edges almost act like an airbrush if handled correctly! 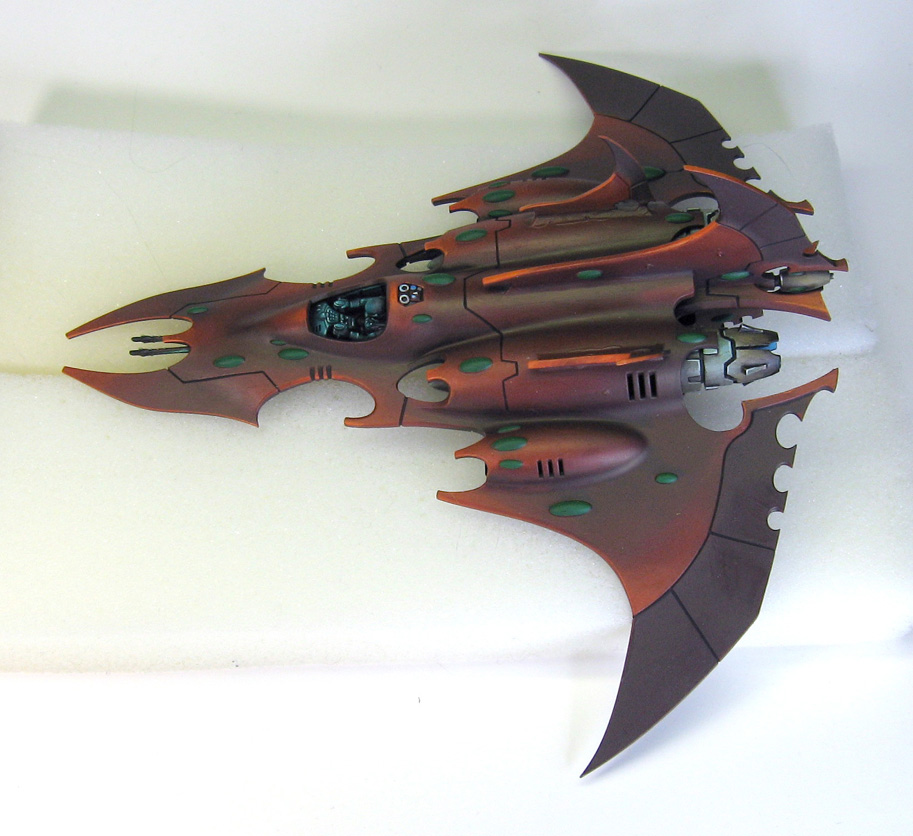 It works well on the more square and boxy space marine vehicles, but  that brush truly excels on organic shapes such as this.  Plus, it still has a chisel edge, which means that you can even do a fair amount of details with it! 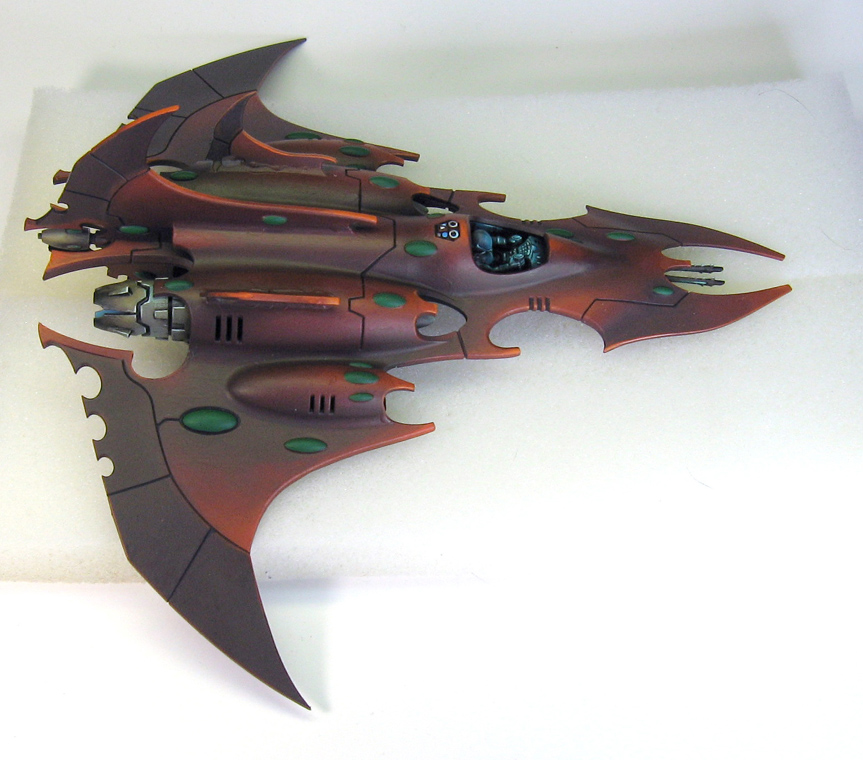 I kept the ventral section a bit darker than the dorsal, which would be catching more light... On to the freehand!  You have already seen this design on the Grotesues, a jetbike, and some Venoms.  It was even more of a challenge here, just by the sheer surface area that needed to be covered.  Keeping a variety and randomness to the patterns can be tricky, since we humans like to arrange things into nice, orderly objects. 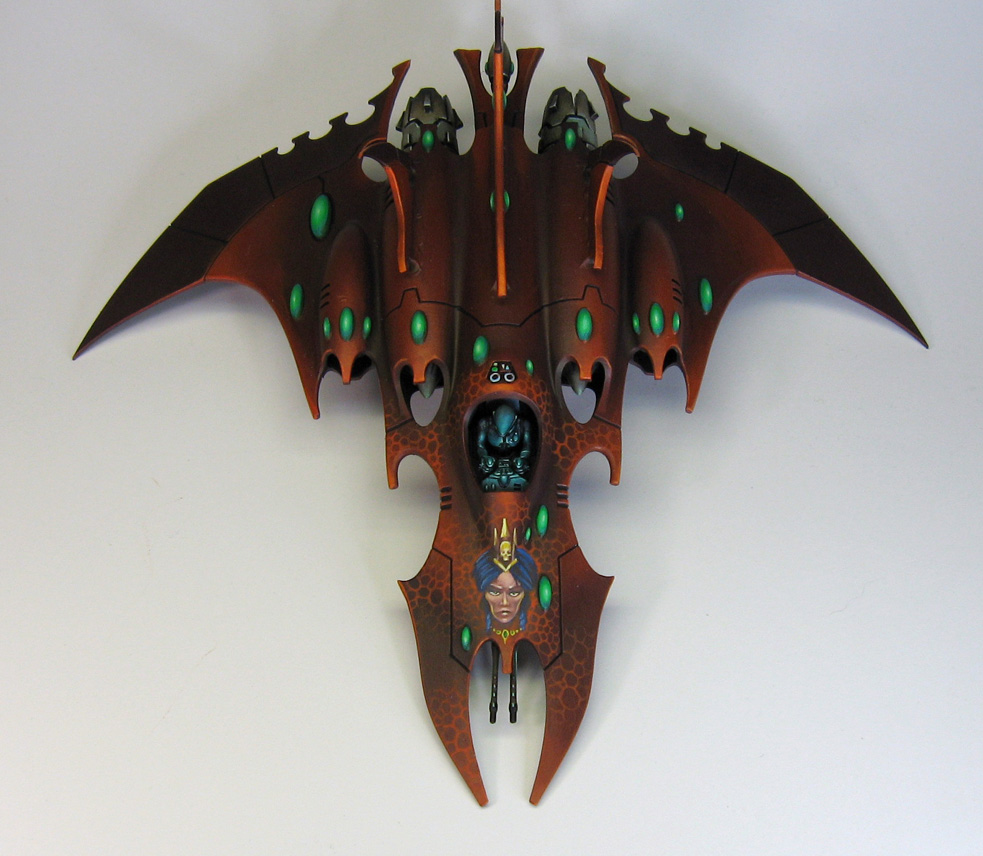 Since vanity is definitely a part of the Dark Eldar, I wanted to include images of  the Archon on the key vehicles, just to let everyone know who is boss. :-)

The freehand begins with a darker orange, which establishes the basic parameters.  I made sure to feather out the edges at this stage. 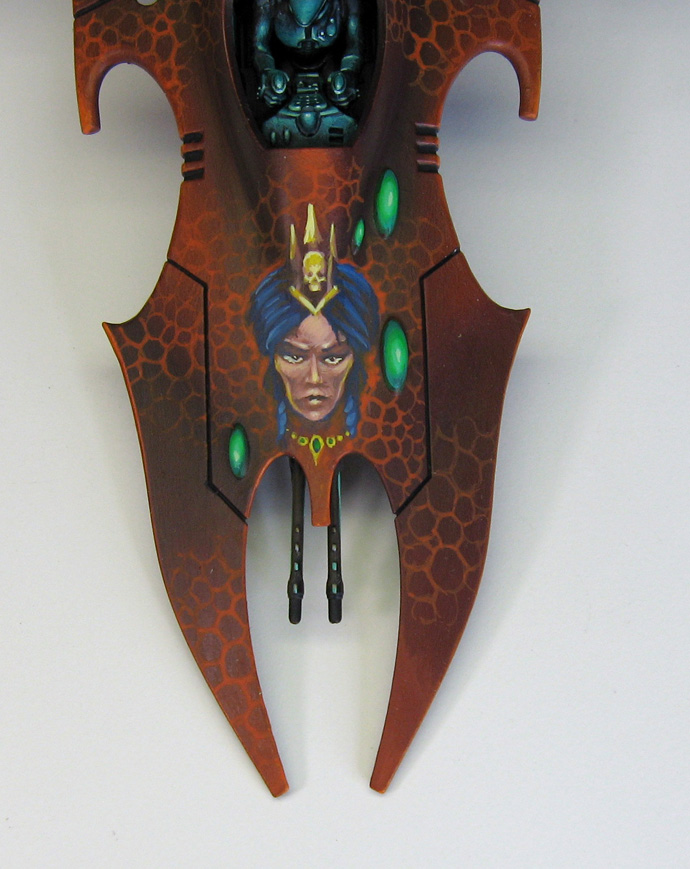 Now you can see that I went progressively lighter and lighter with the patterns, almost creating patterns within patterns.

I also tried to reflect some of the freehand tattoos from the Wyches onto the fins and elevators. 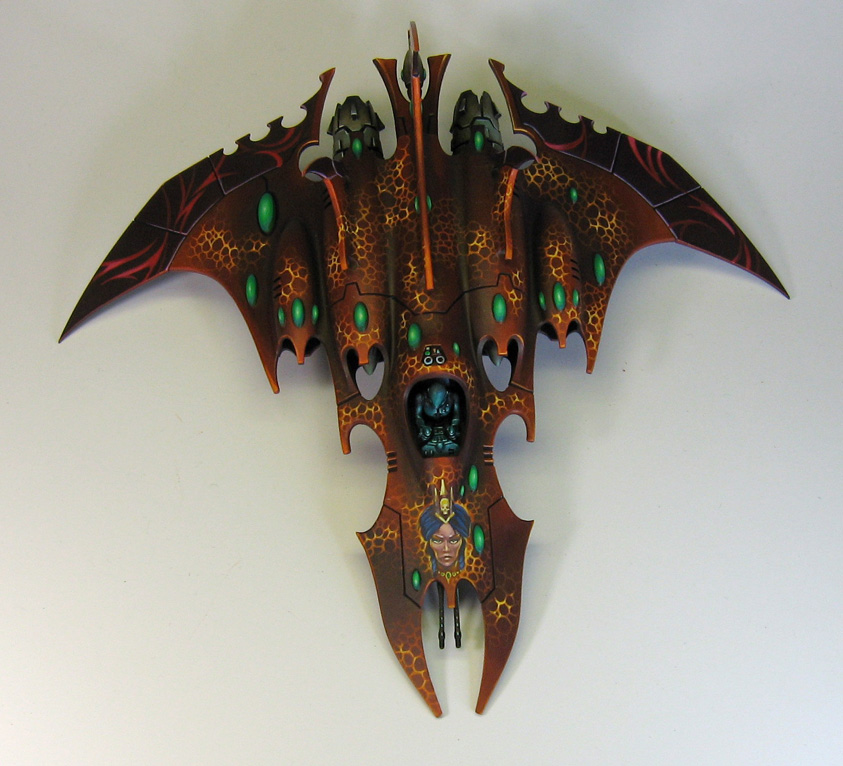 Another view of Asharah... 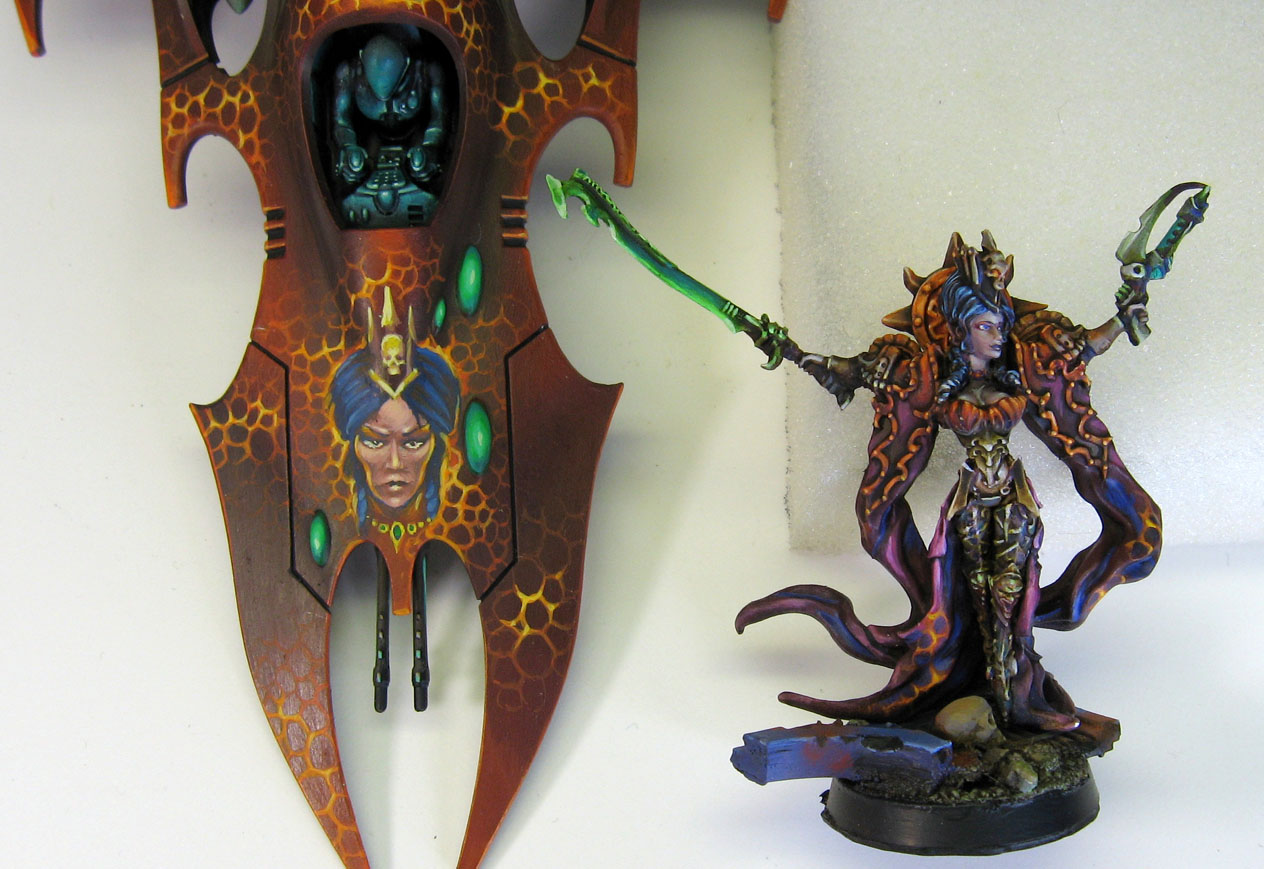 And some of the other freehand bits you have seen on other vehicles such as the Blood Star... 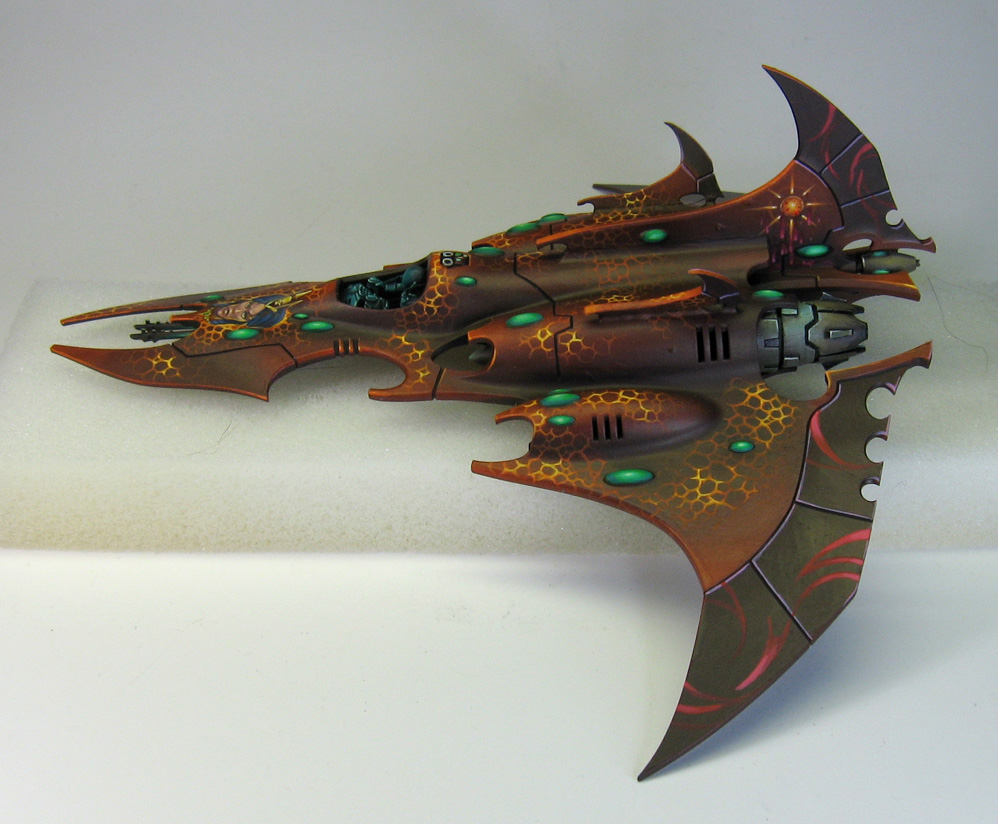 And the flaming skull.  The next stage is to do some streaks of soot and get some scorch marks on this with the weathering powders.  But, I need to get some dullcoate spray first!

I also have to finish off the cyberwolf hero from Raging Heroes... stay tuned! 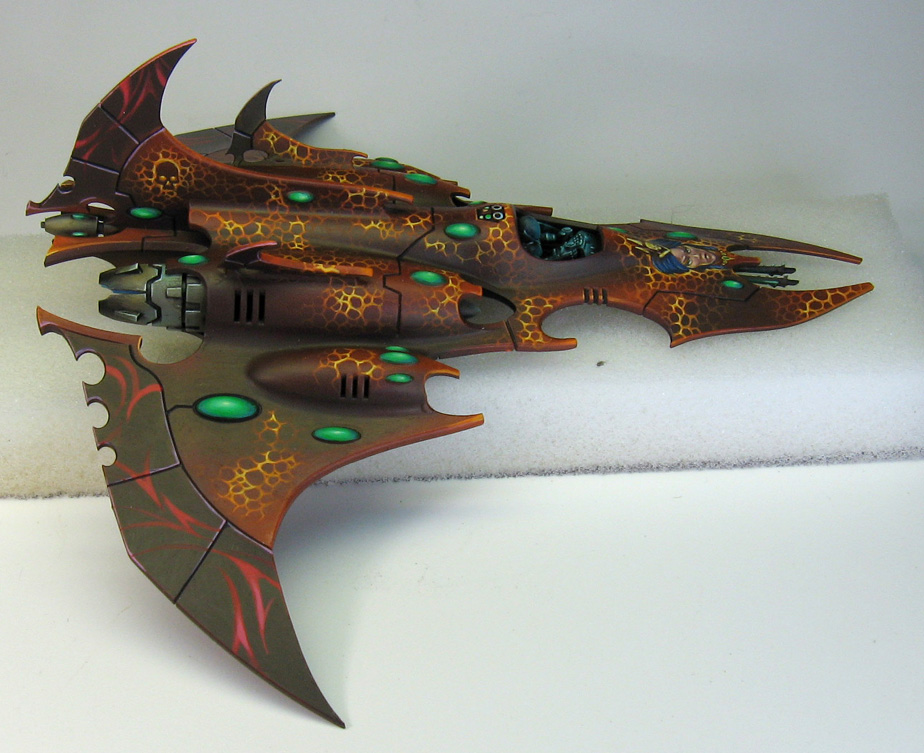 Posted by wappellious at 9:33 AM 8 comments: 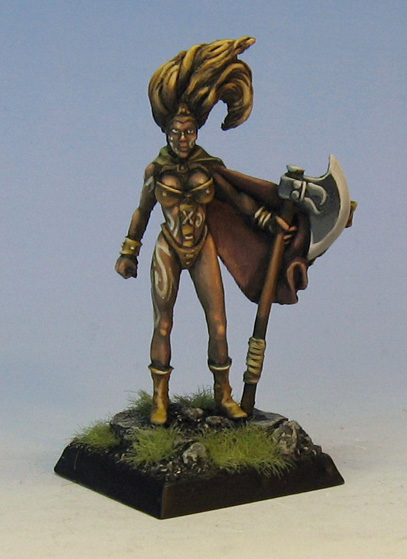 One more of the Fenryll ladies for you on this very late evening... 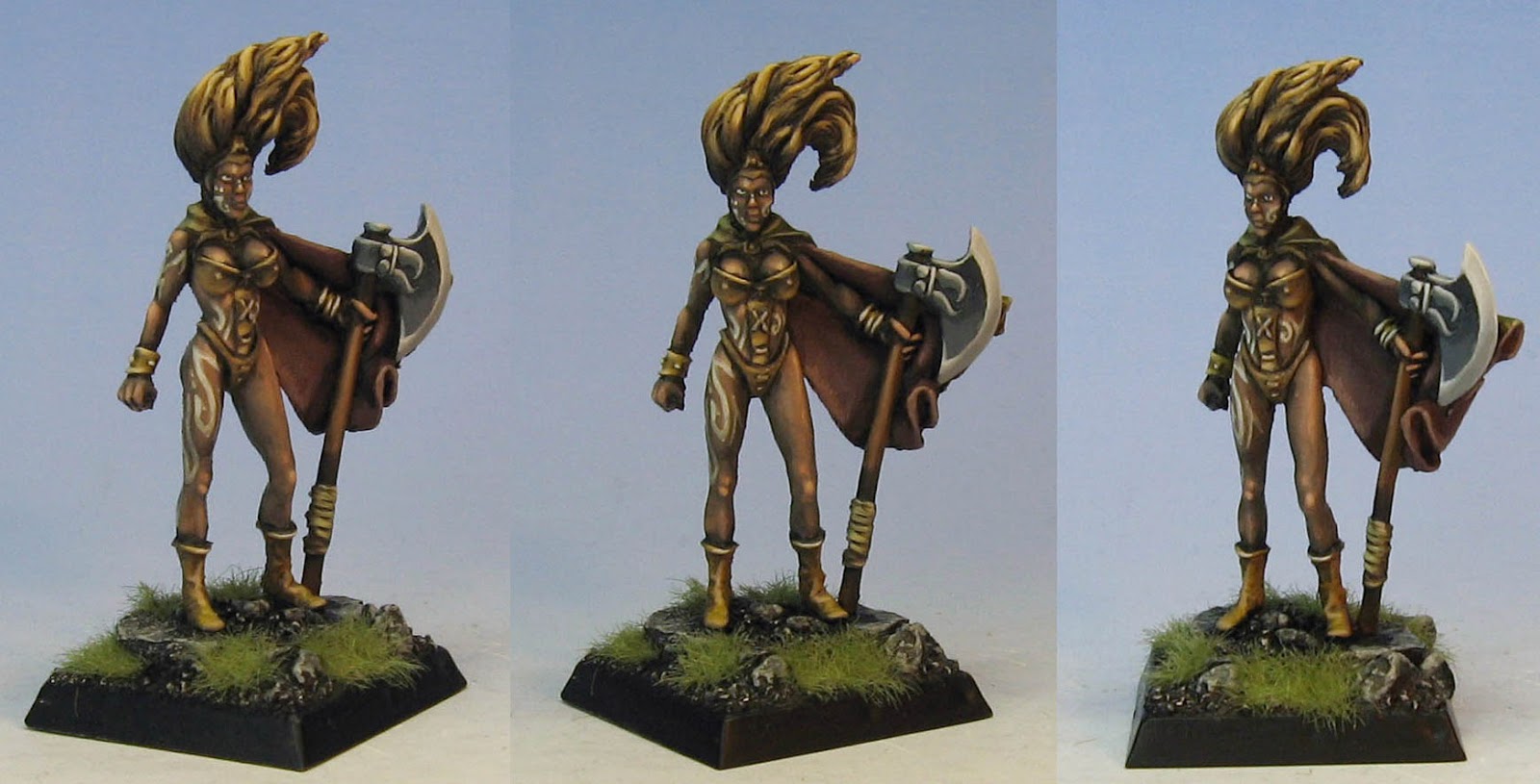 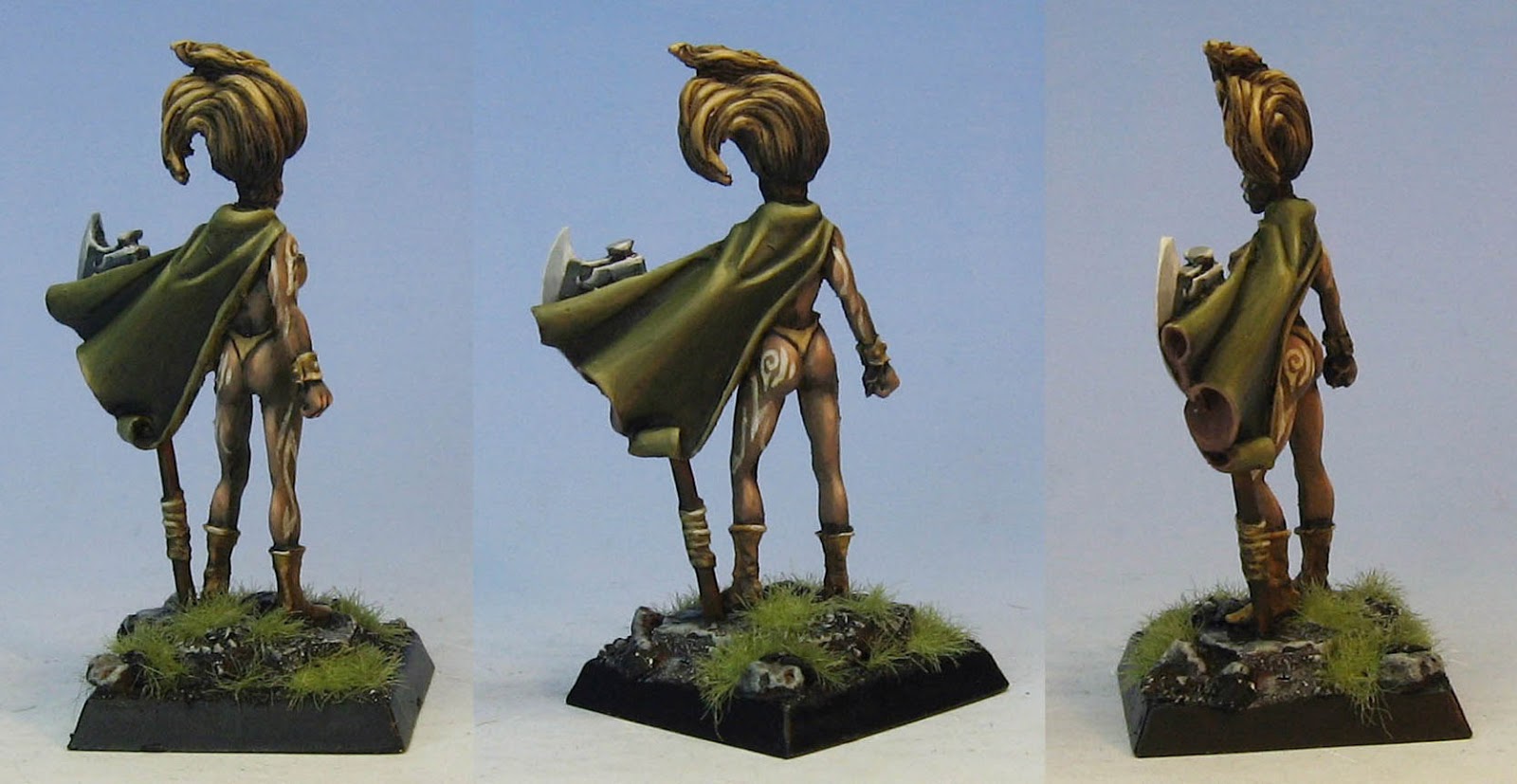