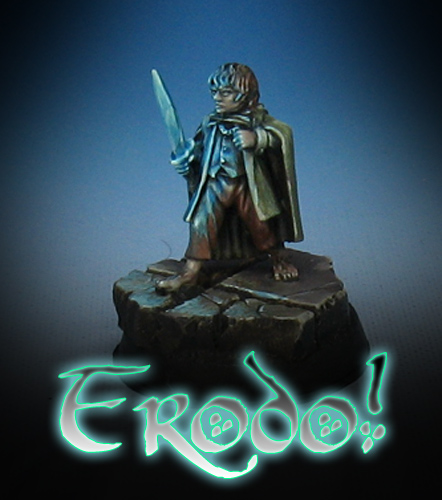 I recall painting this little Frodo figure many years ago... probably 2003, long before I even heard of Object Source Lighting.

It was very fun to try him again all these years later, armed with the fluorescent paints!

Posted by wappellious at 2:18 PM 2 comments:

The Objects of your Attention 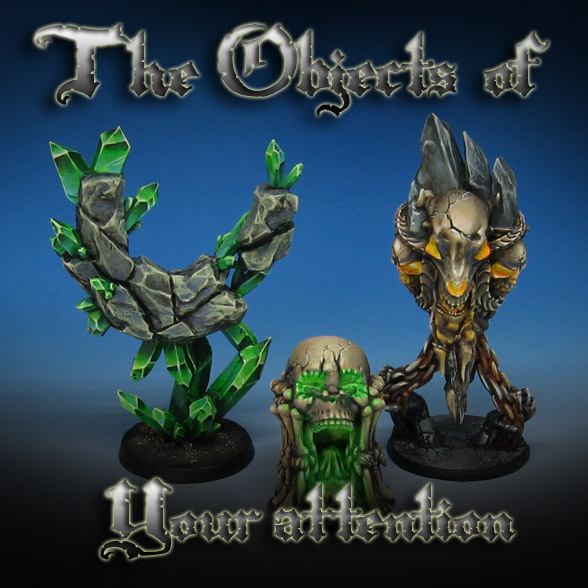 Here's another fun objective marker from The Edge Awakening series.  This was part of a recent kickstarter campaign.

There were a few goals in terms of placing colors.  First, on the crystals, I wanted to have at least some variety in the shades of green... not simply a difference of lights and darks.

To do this quickly, I made sure that I had some teal blue on hand to mix in with the Reaper Green liner paint, which I had been using for the darkest shading.

Some of the green had to be placed on the rock formation as well, so that would not look too out of place.  Some purplish gray was added as a subtle contrast, and as a way to make the rocks look more interesting than a mass of gray! 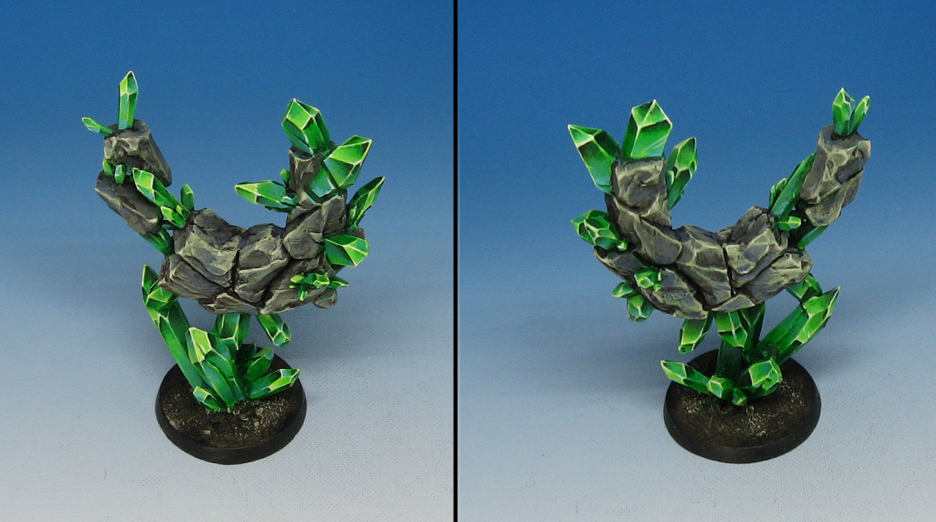 With so much dramatic shading happening on those crystals, the rocks needed to have almost an equal amount of contrast along with them.  However, staying with very muted tones by comparison allows the crystals to have a different texture, and be brighter as a result. 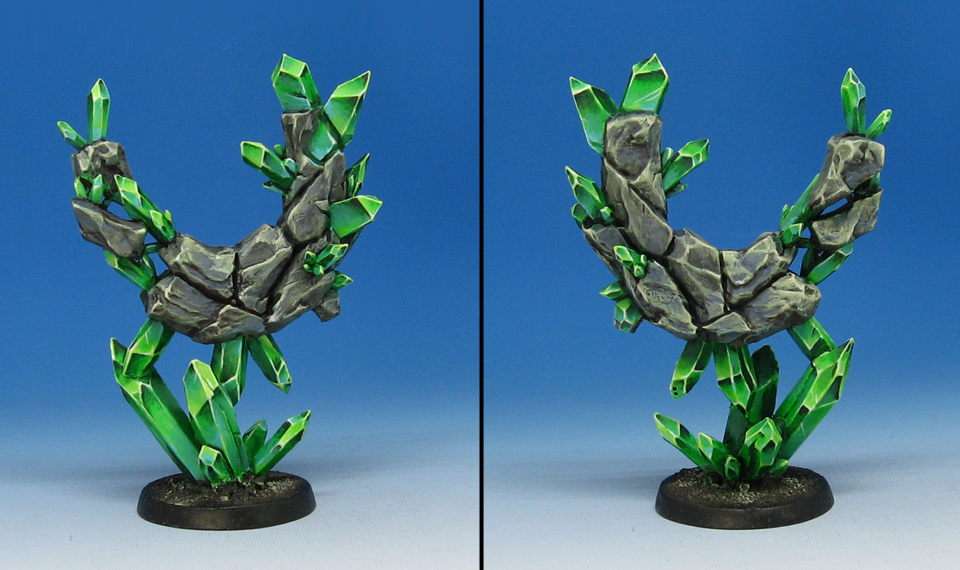 The collection of Objective Markers continues to build!! 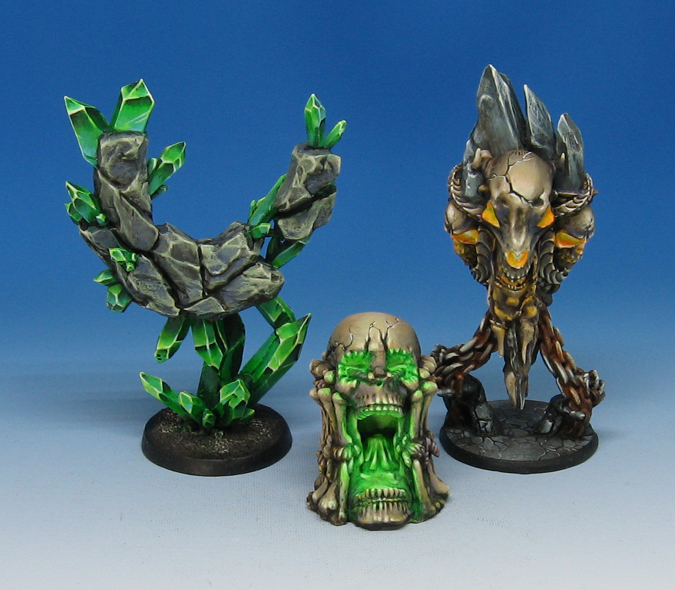