The captors become the captives... 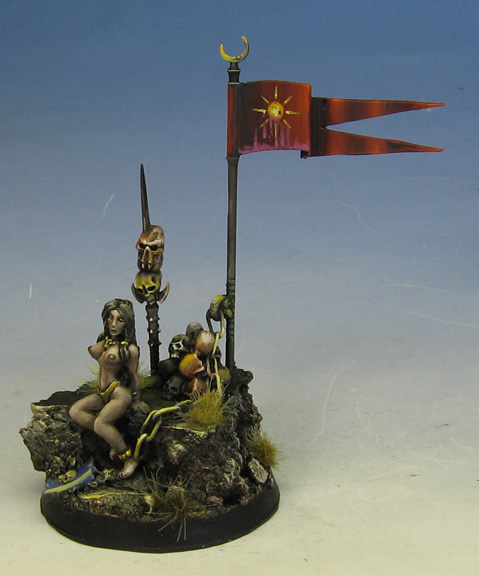 Here's one of the finished objective markers.

While I am trying to keep the full story of the army a surprise until it is fully written, I do want to say that the world which the Dark Eldar are invading drew their attention not only by the existence of the Hippodrome.

Something else drew them, a suffering which permeated space and time itself.

This world is very much like the Rome of Nero, with witches, mutant and heretics being thrown to the wolves, quite literally, in the Hippodrome.  Mass executions were popular entertainment on this world.

The ruler of this world even begins to have fantasies that he is the Emperor of Man.

In the end, the 'nobelmen' and women of this society, who always owned slaves, will be themselves enslaved by the Dark Eldar.  The oppressors will now be locked in the same cages as those whom they oppressed.

It's gonna be fun!

Posted by wappellious at 8:56 PM 6 comments: 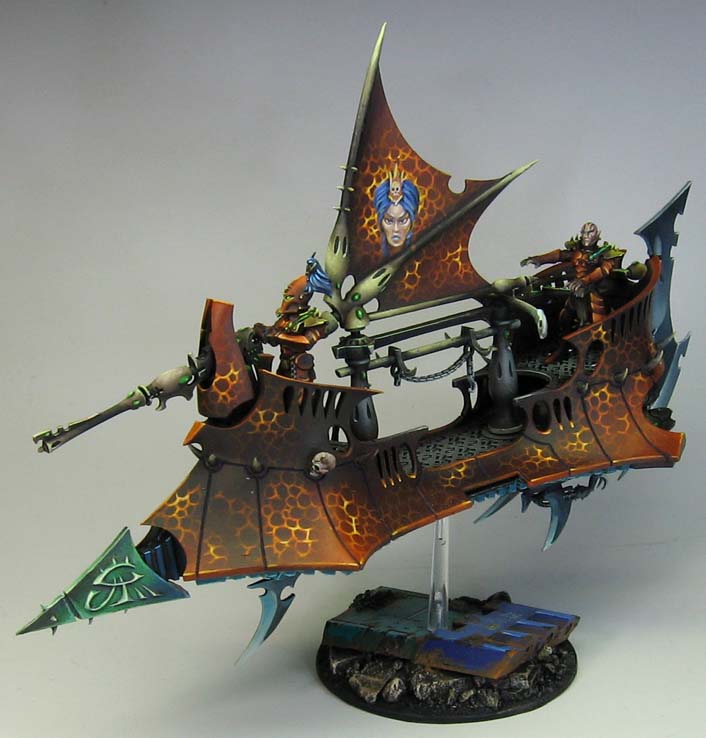 Here are some images of the Raider in its final stages.  There are still more things that need to be done with this. 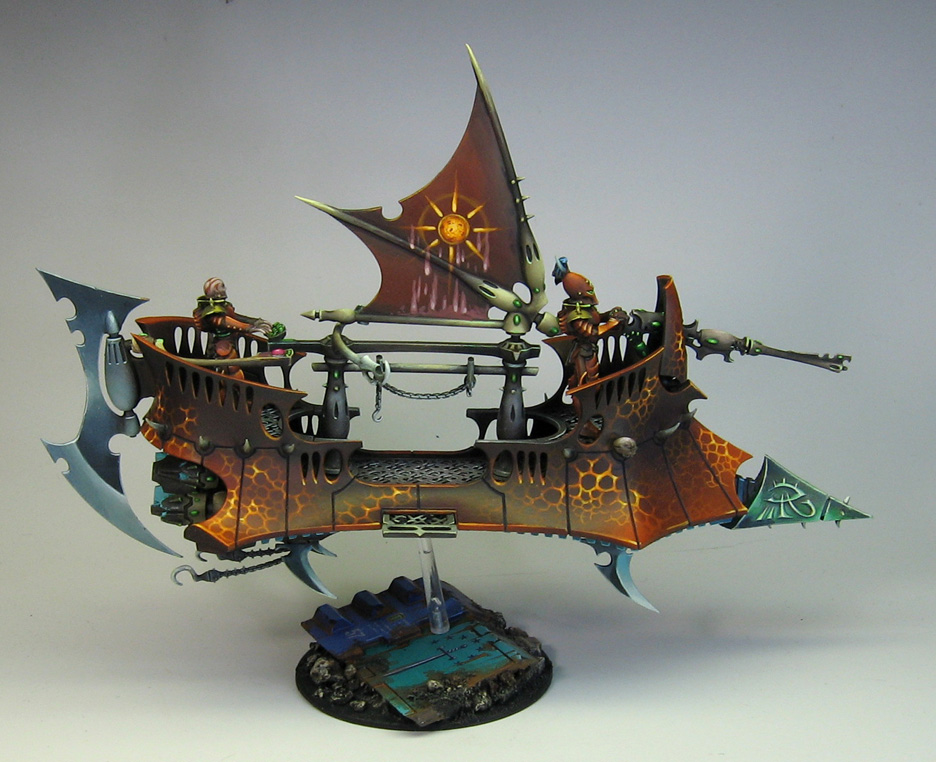 I have some weathering powder stuff that I want to do, as well as trying to magnetize the main weapon. 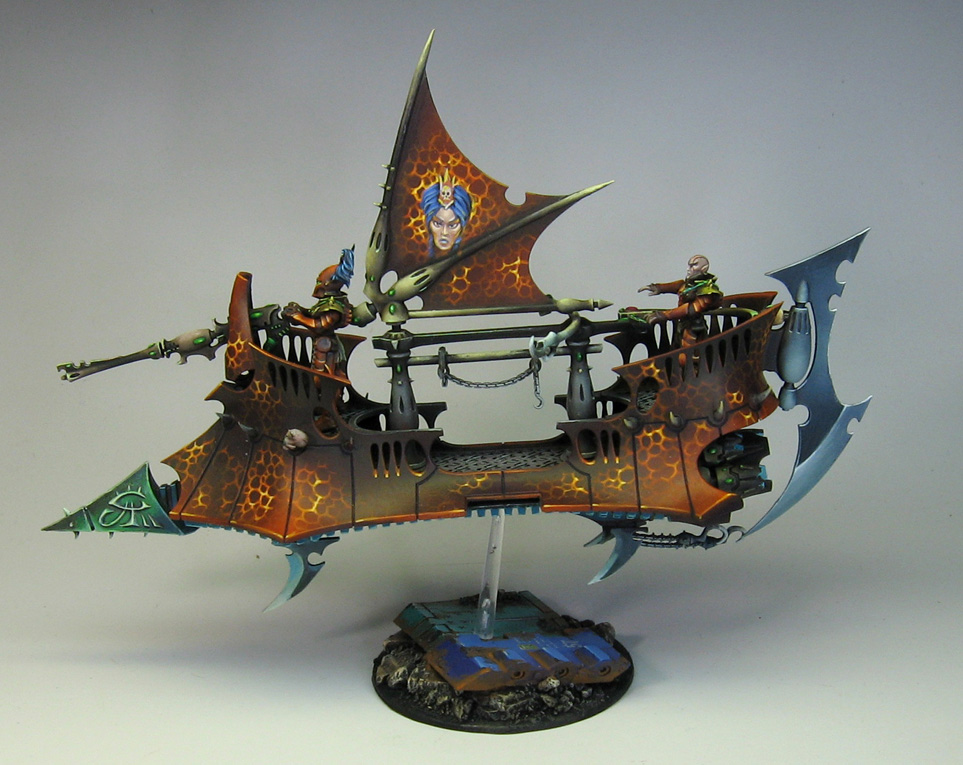 There is one last special thing that I really hope I have time to do.  That will remain a surprise for now! 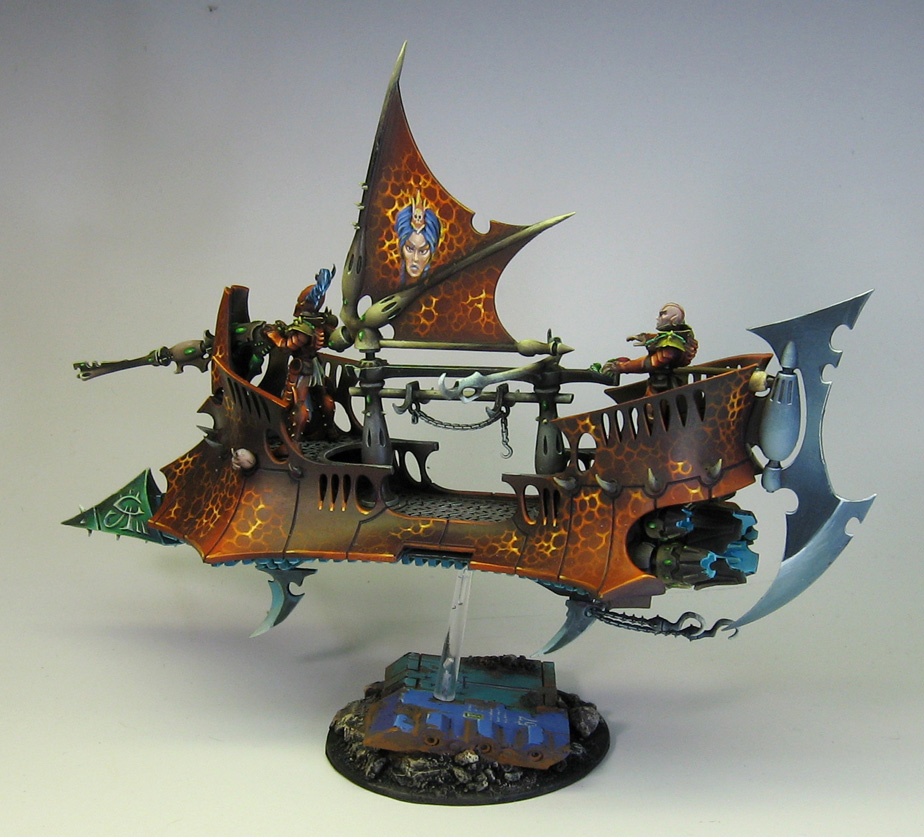 There was a lot to learn working on this piece.  As you saw in the WIP post, it was painted in separate parts as much as possible.  I have a Reaper that will require some fancy footwork.  That will be an interesting project! 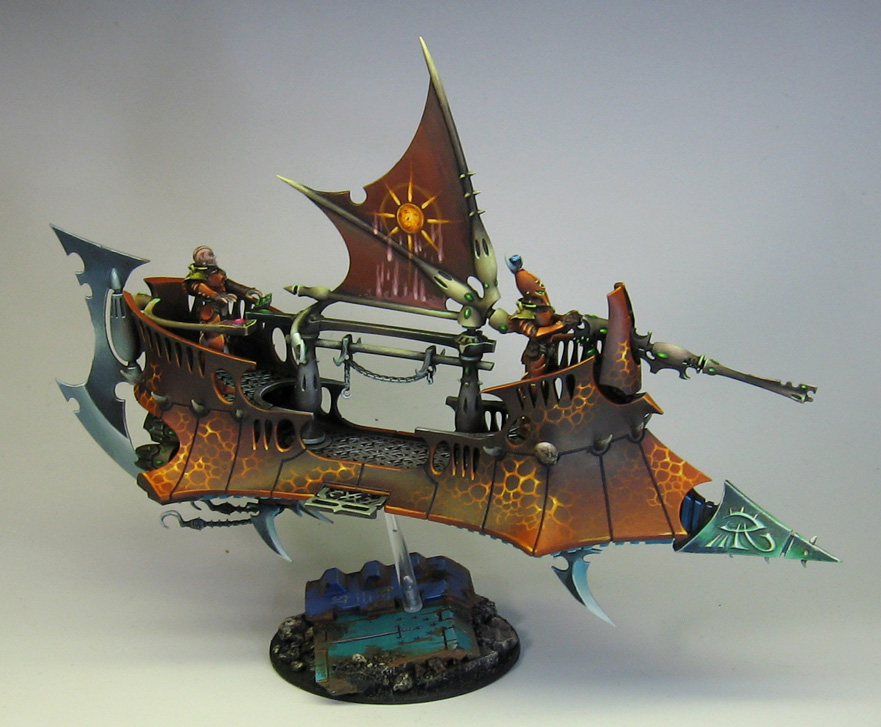 Even more dramatic will be the Tantalus.  So huge!!! 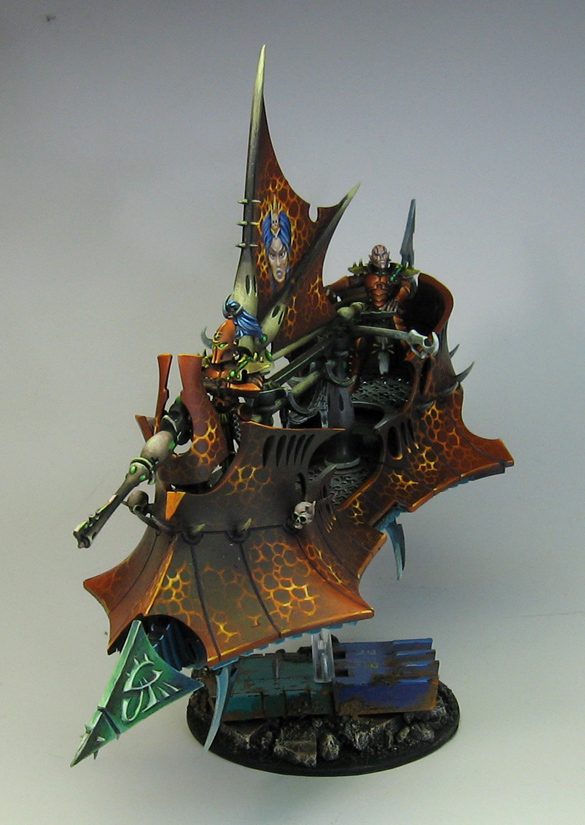 I took a bunch of pictures from above, so I will be posting those later tonight or tomorrow... Stay tuned! 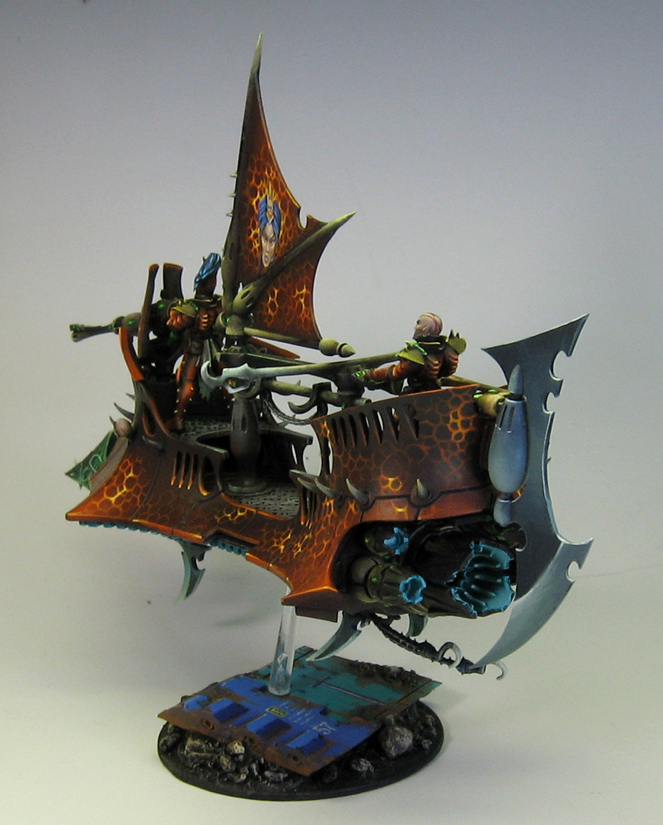 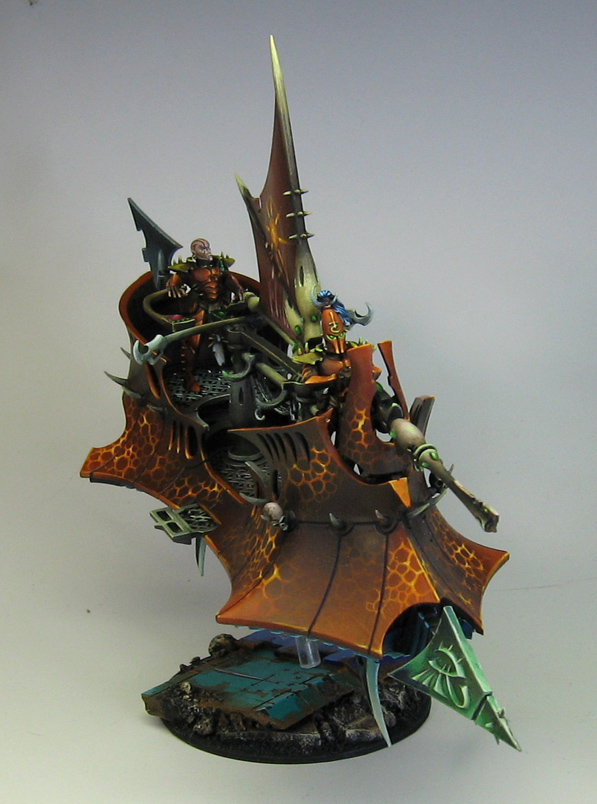 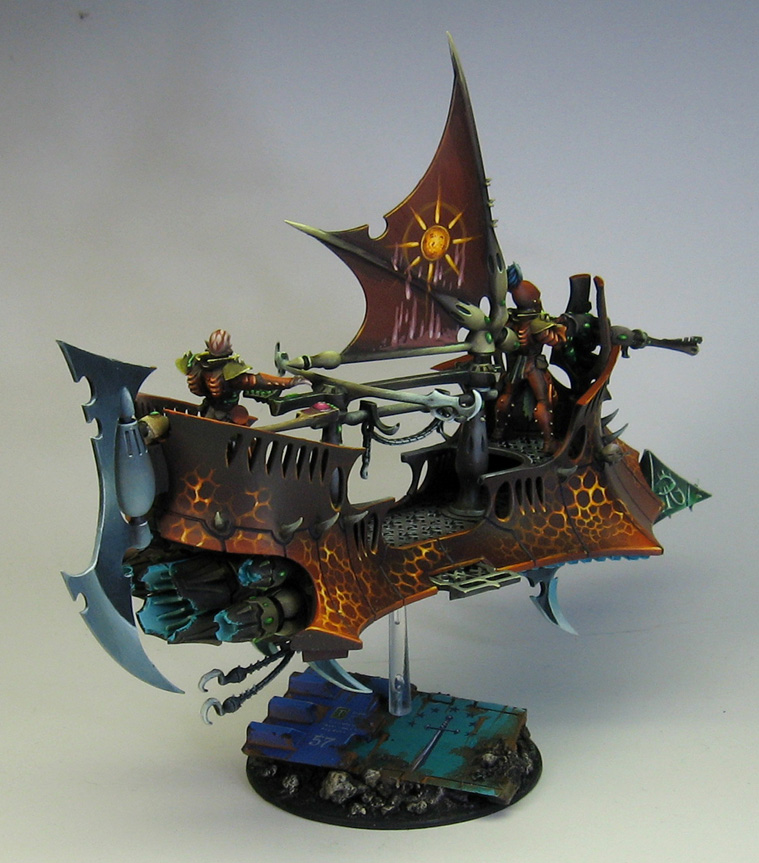 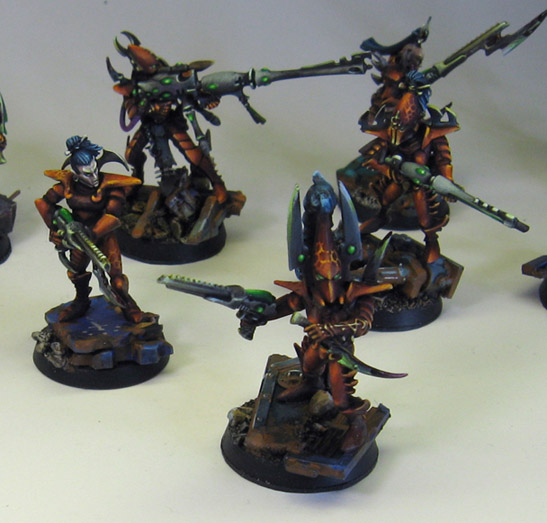 Here are the promised group images.  Sooo different from the initial layers of colors. :-)

I remember the initial color for the army was going to be much lighter, so that I could show more dirt aound the feet... paint chips and blood splatters.

That would have been fun as well, but this scheme has really fed into the story line, which continues to expand and develop each day...

Depending on the storms tomorrow, I will be posting bikes and raider images.  Stay tuned!

Posted by wappellious at 5:06 AM 6 comments: