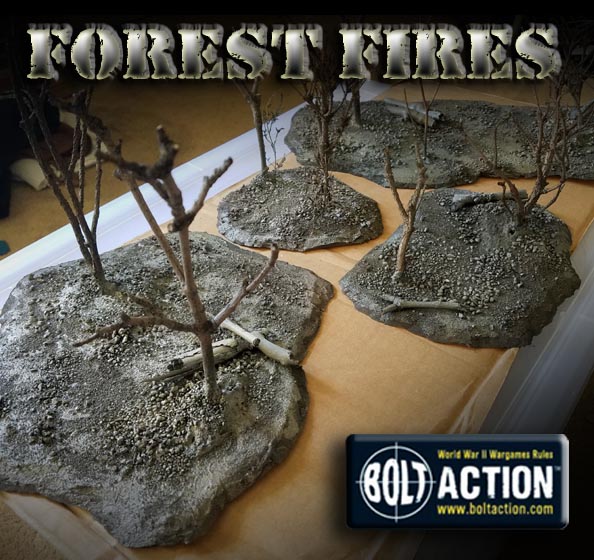 Most of you have probably seen the first series of posts on the terrain board that has been under construction.  That will serve us for multiple theatres... everything from France, to England, and several locations in Russia.

Part of that series focused on tree stands, but those were meant for marsh and swamp boards.  I have a link to one here: 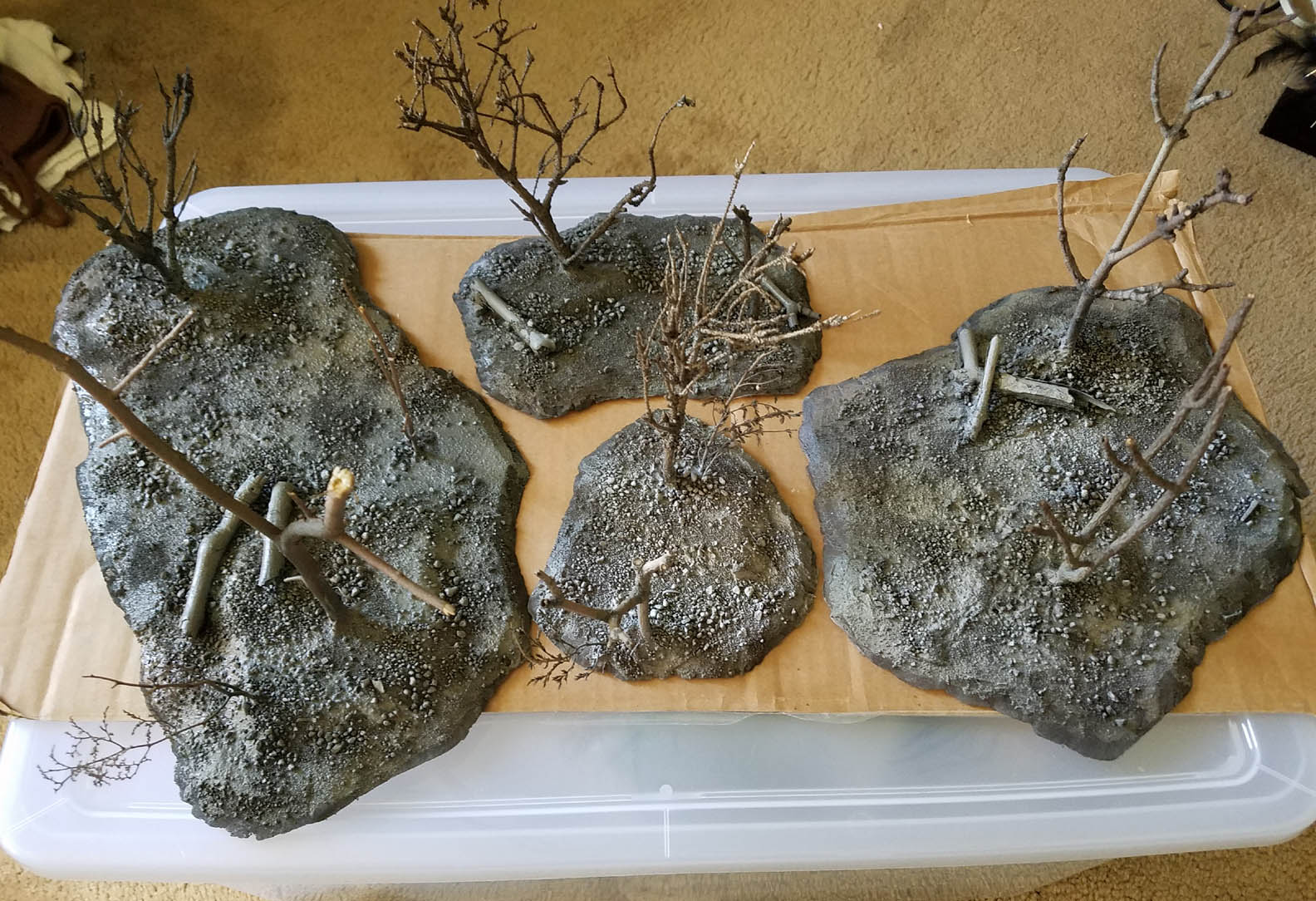 The methods that I used on those stands were brand new, as were most of the materials!  So, I decided to make more "regular" forest stands for France and other locations. 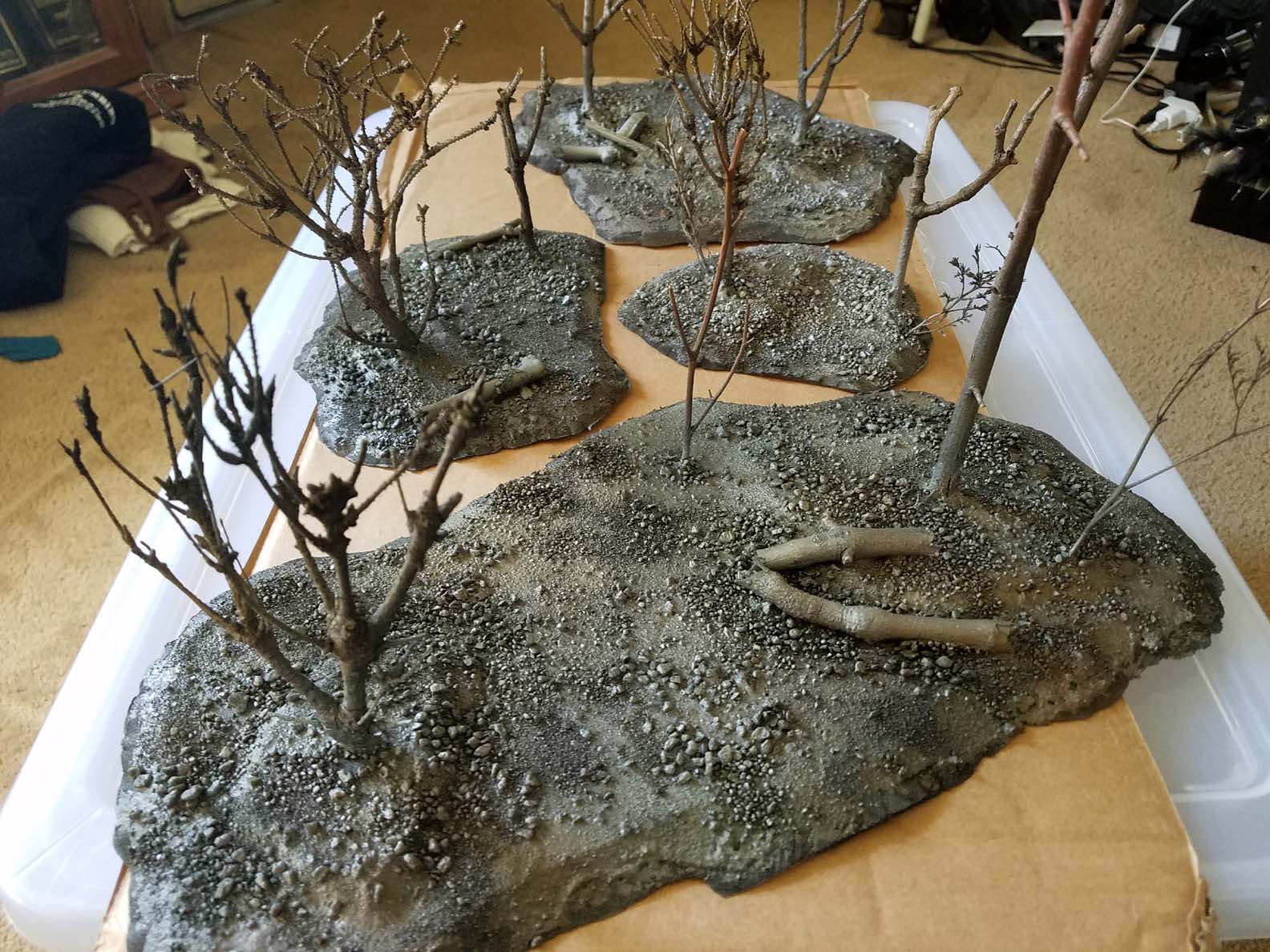 These will also be a bit more rugged than those original boards, because I learned a few things in the construction of those swamp stands.  When I made these, I had more oxide paste and other materials on hand.  I also had a longer time frame in which to work.

Since these images were taken, I have done all of the actual foliage on all six of these tree stands.  This time around, it was a lot easier, as I had learned many lessons on how best to use the spray adhesive and the moss clumps.

My latest batches of trees look very realistic, and they will only get better!  A post on that is coming up this week. 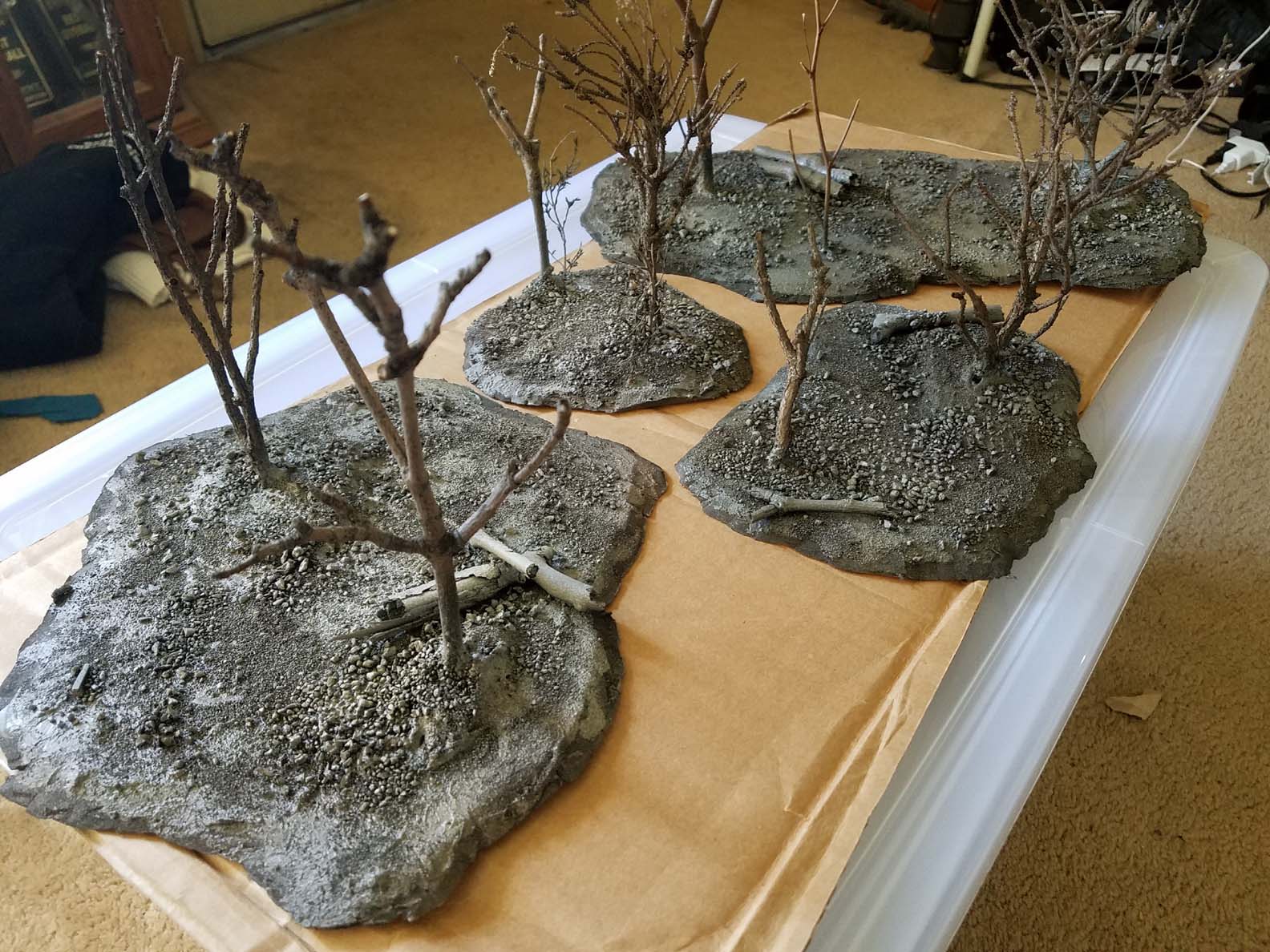 You can see more of those materials in this shot, done prior to the primer painting.  I even used some tin foil to create a bomb crater!  That is big enough to fit most of a squad. 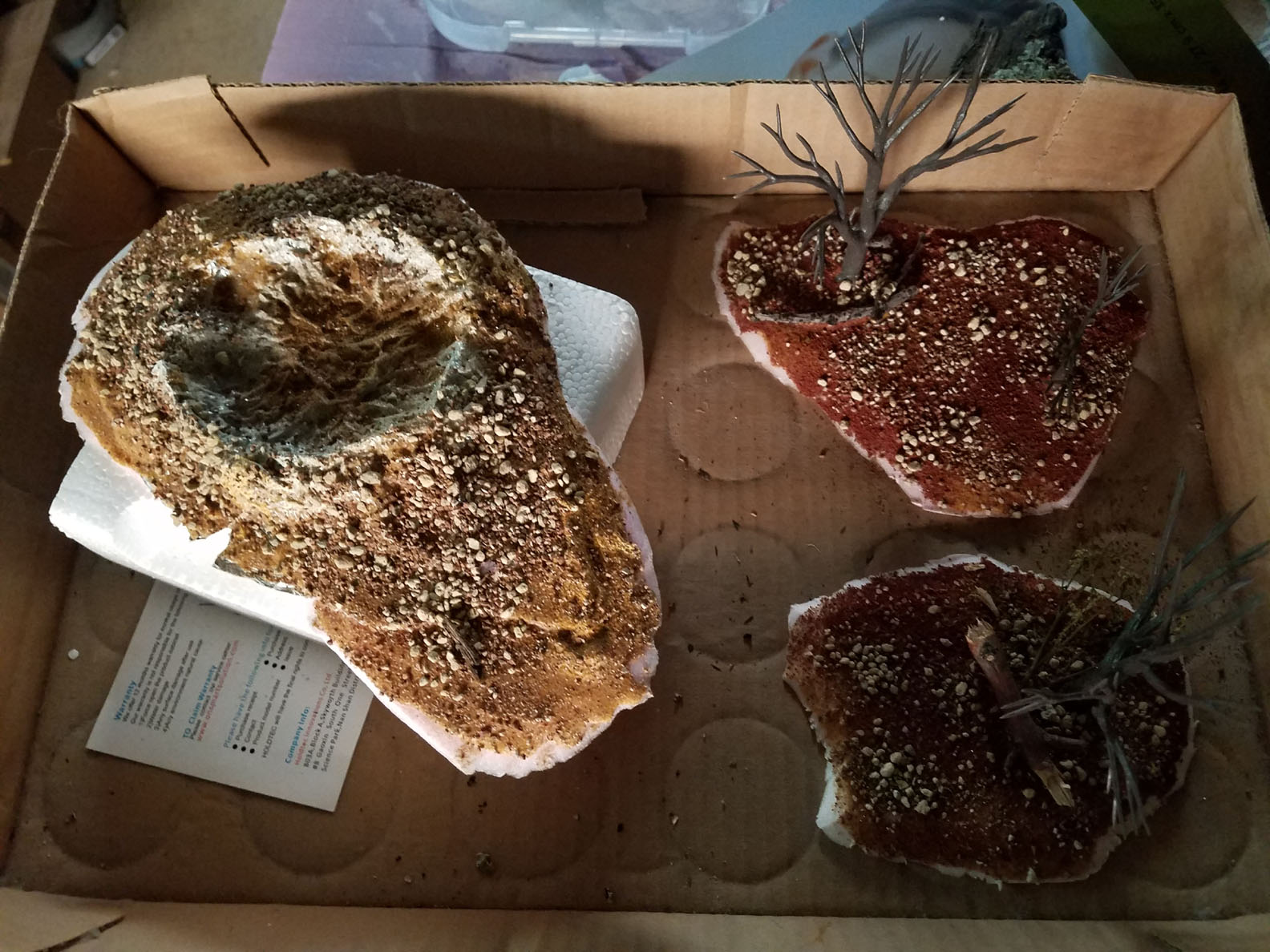 For future winter boards, we are experimenting with a variety of pine trees.  While I will be making my own from scratch, I found a bunch of these on Amazon.  The side benefit were all of those "log" pieces, which are perfect for our water/saw mill. 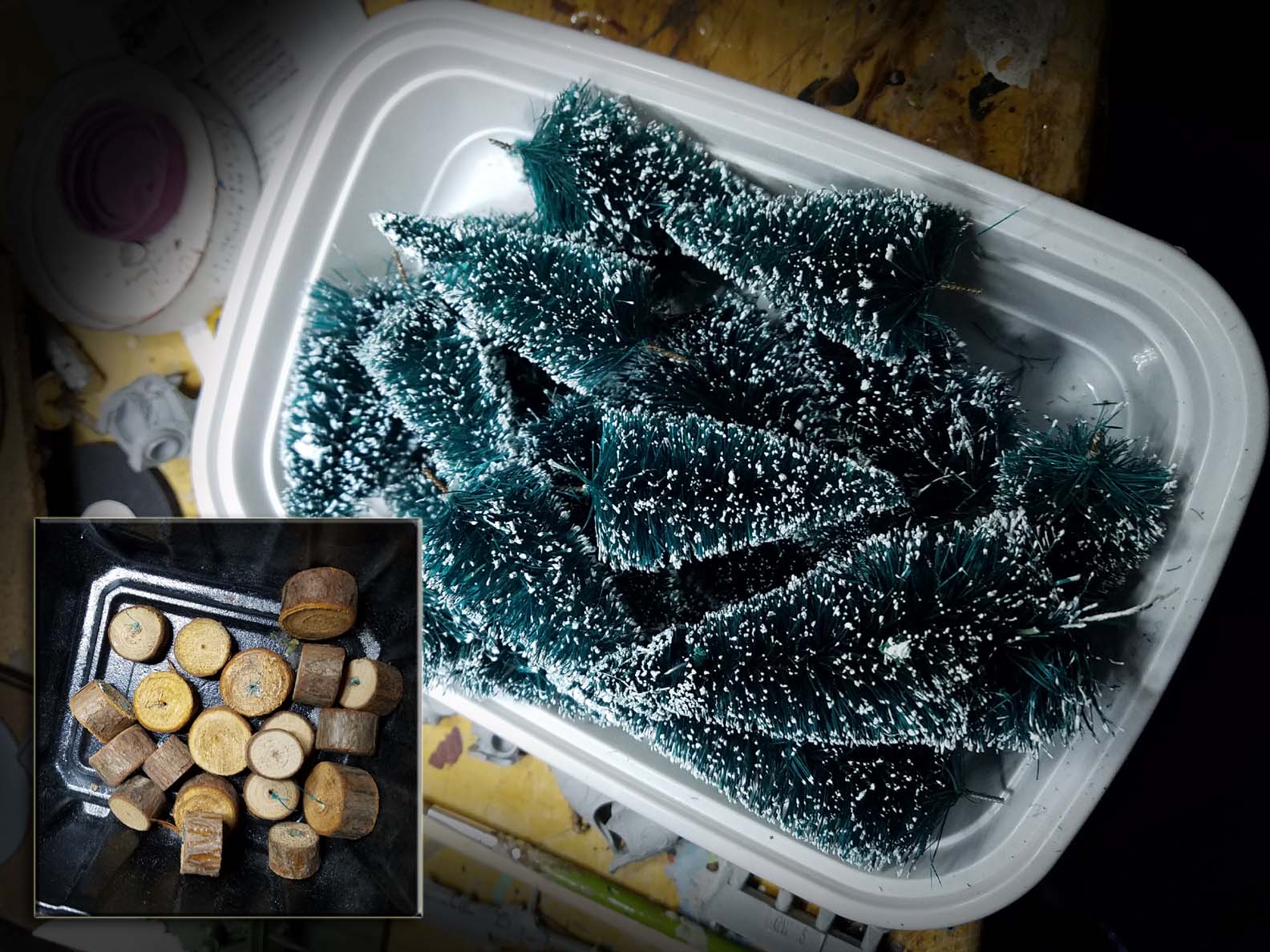 This is a set of terrain that I picked up at a raffle, and it will be modified to fit our urban boards, specially made for Stalingrad, Budapest, Berlin, etc. 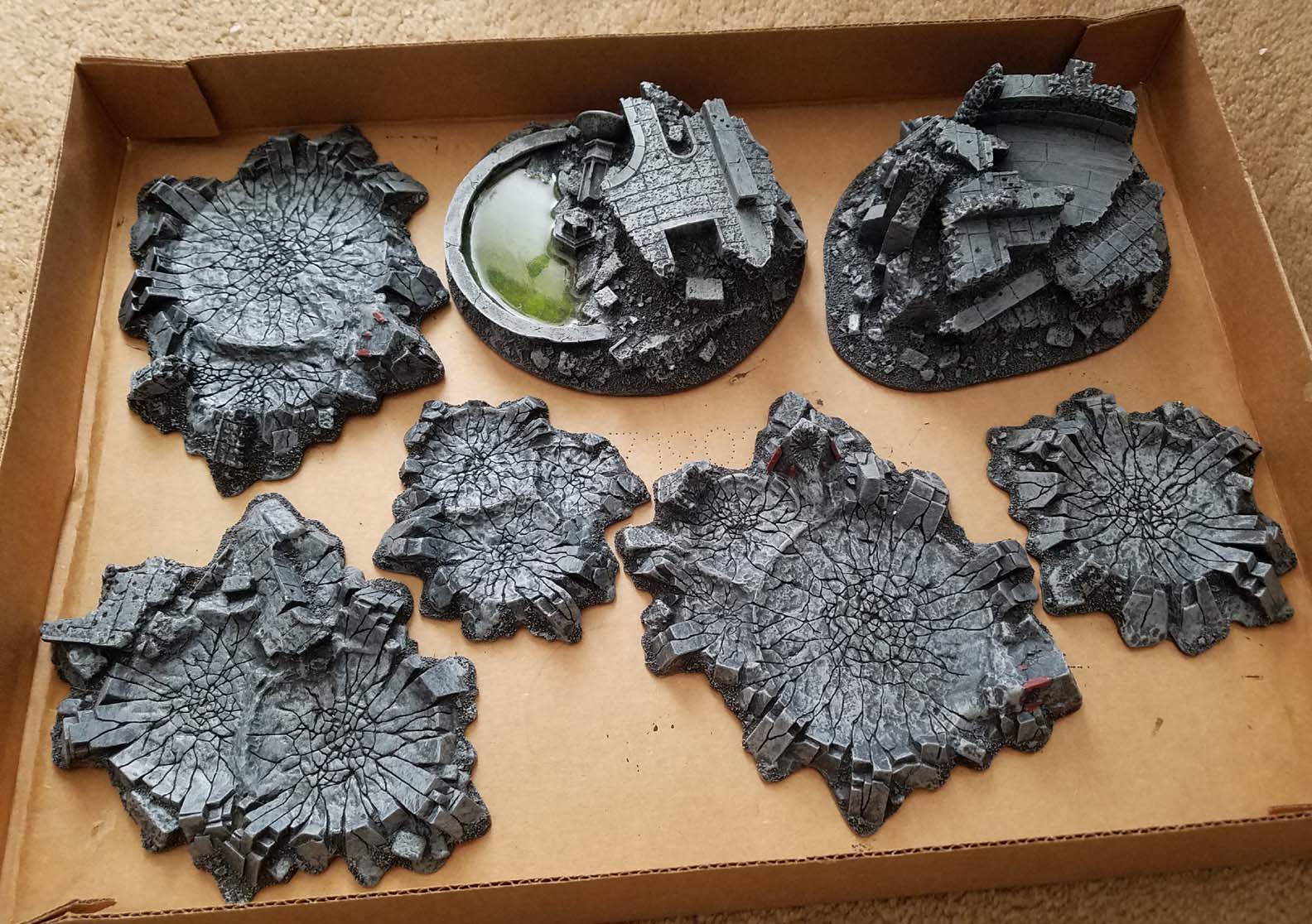 Speaking of Stalingrad, the upcoming Soviet army is almost ready for priming.  I have a few more add on figures and weapon teams which I will base live on facebook so that you get a better look at that process. 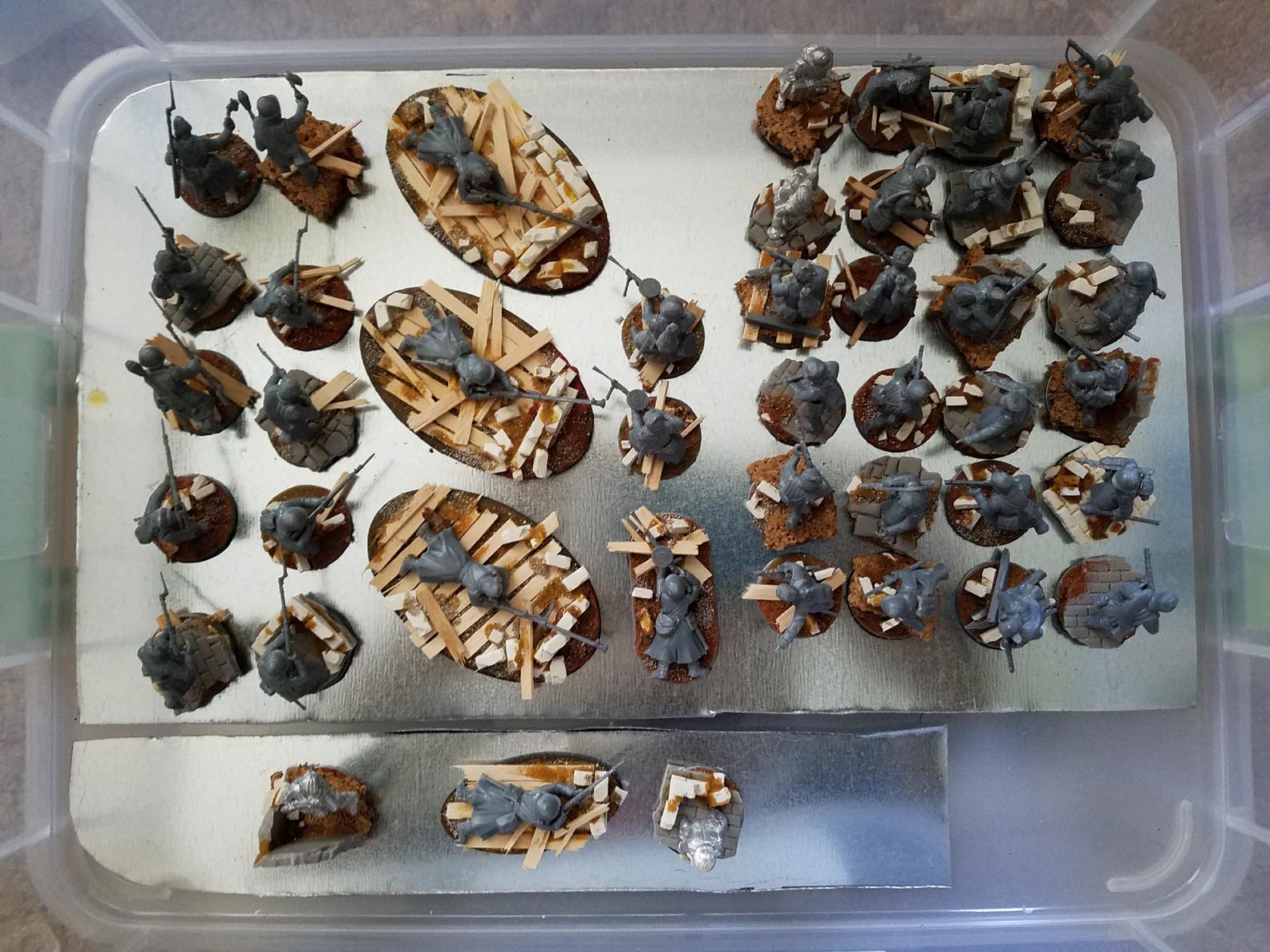 I also have a wide range of Soviet vehicles, which will mostly get the winter camo treatment.  Others will be more generic, so they can fill in slots for other sections of the front, and seasons. 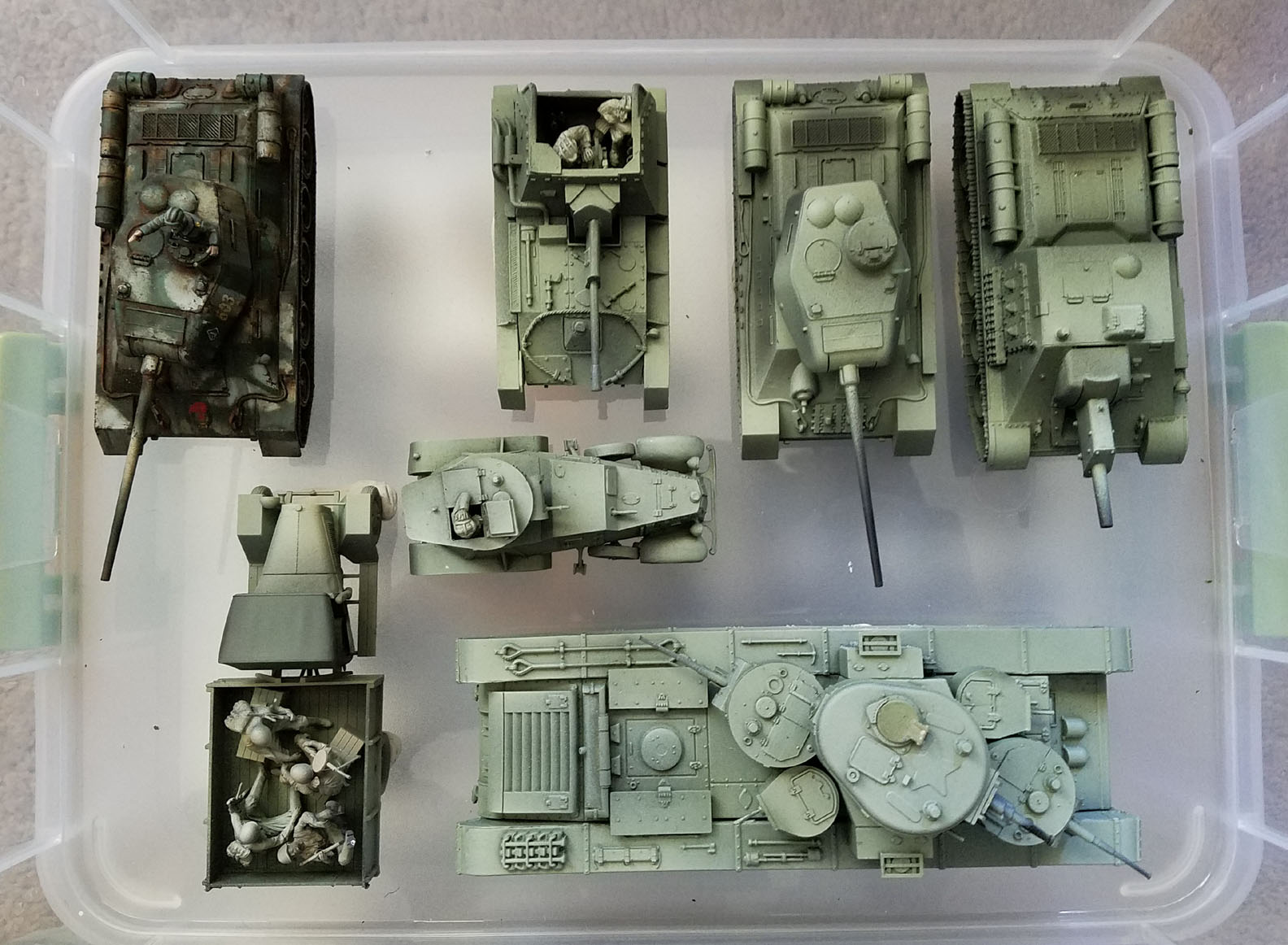 I have also begun to add some specialized German units, such as Charlemagne Division, early war Waffen, motorcycle troops, and much more!  Stay tuned... 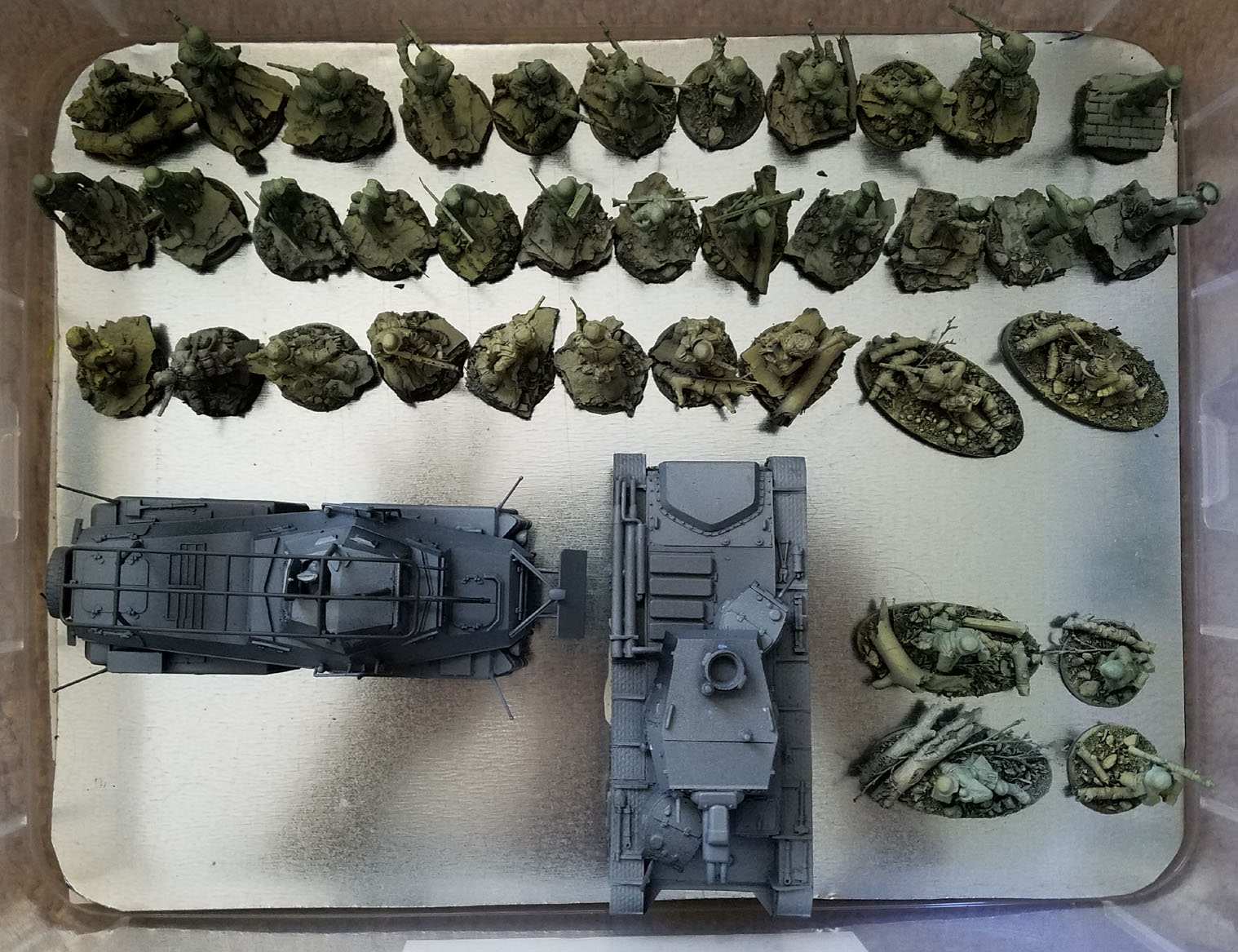