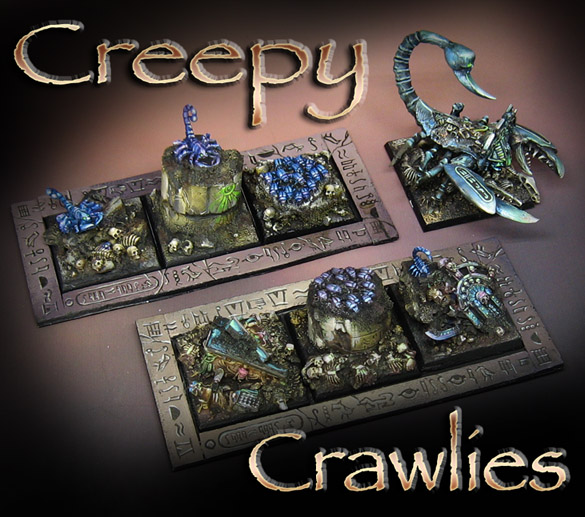 I just realized that I never got a chance to take some pictures of the second unit of swarms which I did for that tournament last month.  I desperately wanted something that could vanguard! 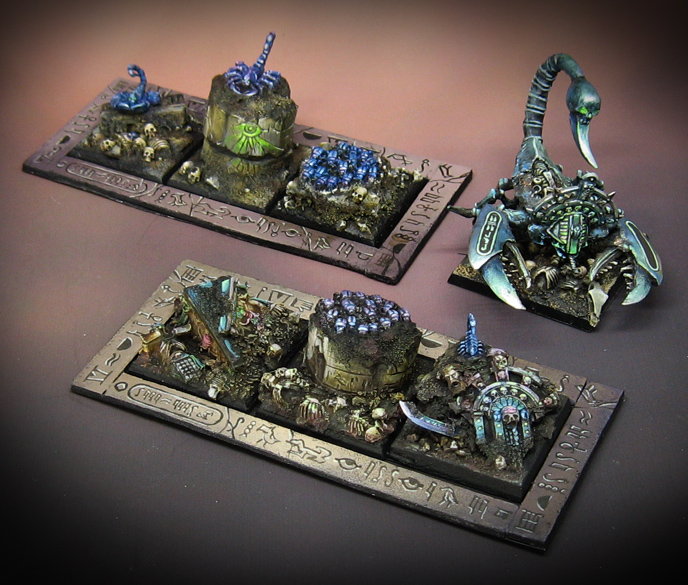 The Husk and these Swarms were the only things which could do that, so I tried to squeeze in as many as I could.  I thought that if I had these three, I could get a little help in two of the normal scenarios. 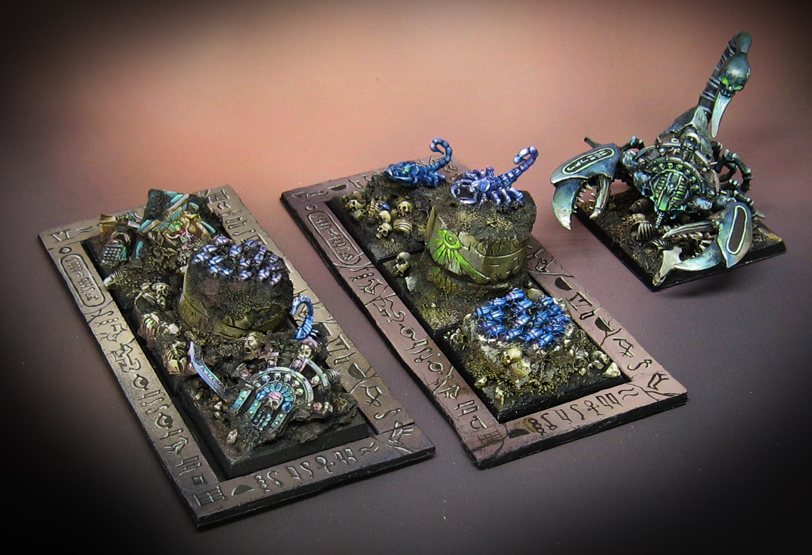 While the swarms were very squishy, they were also height zero, which could also make them much easier to hide!

The husk was a converted figure, made from Scorpion bits and even skeletal horses!  I modified the legs of the horses to become the smaller legs of the Husk. 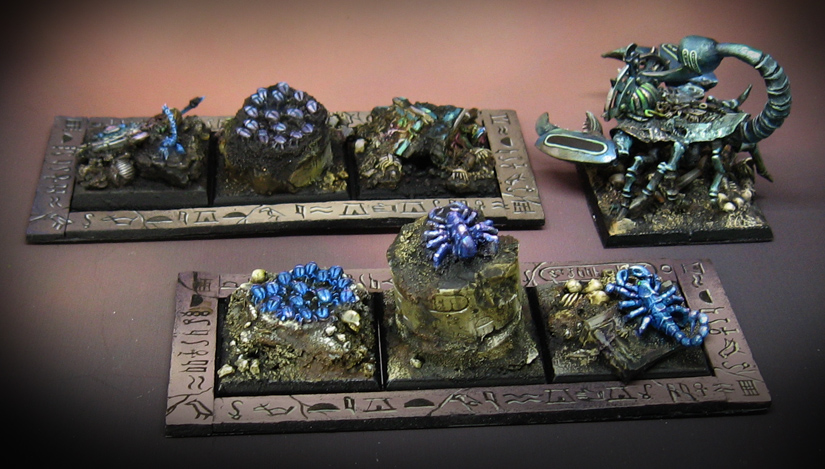 The swarms were Reaper BONES minis.  They were absolutely perfect.

This post shows what they looked like before I got the chance for a few hours of painting:

One final note:  For those going to Adepticon, I will have a number of the new Mantic figures in the Hobby Lounge with me, and I hope to paint some of them while I'm there!!  Come and join us... 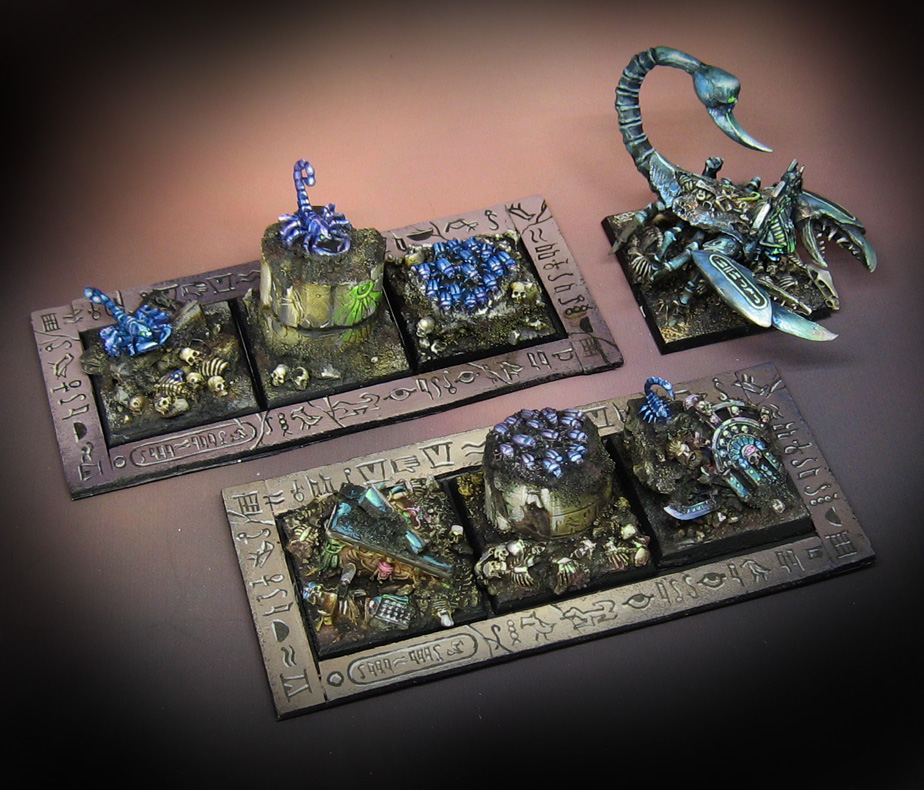 Men and Women of MYSTERY: Adepticon 2016 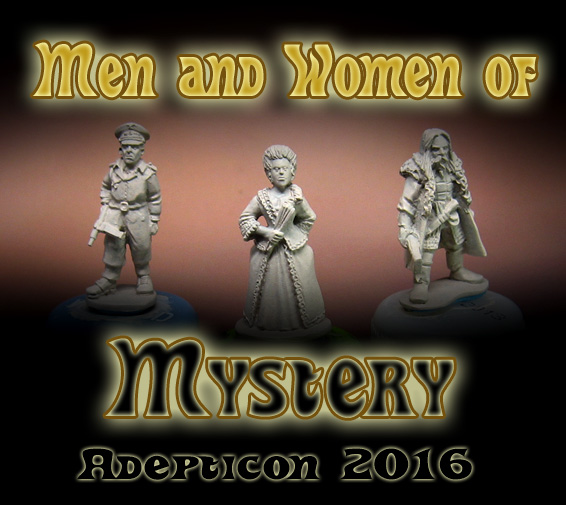 Here are a few miniatures that you will be seeing at Adepticon this year, in a variety of functions.

The first figure is representing a character played by Michael Caine in a movie that I have never heard of.  I think we will have to try and track this down... 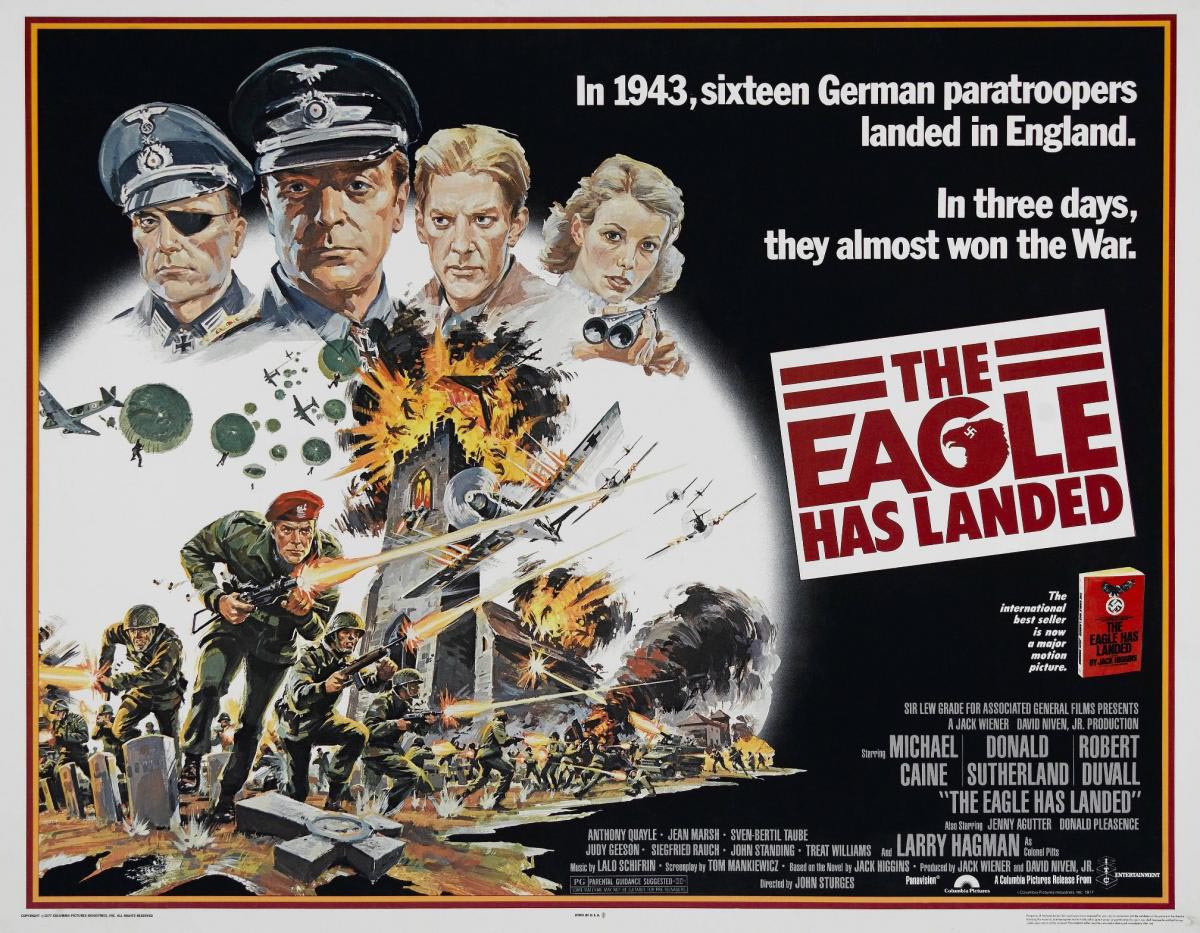 It was described as "A Bridge too far" for the Germans. 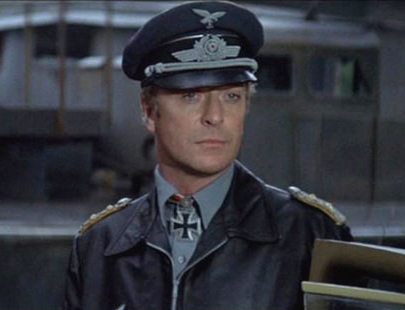 The figures are sculpted by a familiar name in the industry.  Anyone who has gotten some Copplestone Casting figs will recognize the style!

I was not familiar with Vikings either, but this next figure is Erik from the first season. 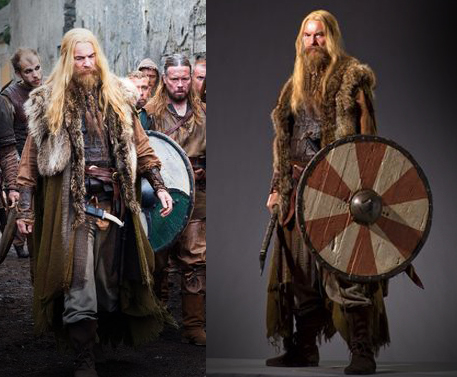 His shield his being cast right now, so that's why it's not in this picture taken last week.

Finally, the Governor's Daughter, who will appear in the 2016 version of the massive Pirate game which will likely be taking place in the open gaming section like last year.  That was an AMAZING event.

All three together.  Be sure to look for all three of these if you will be attending!! 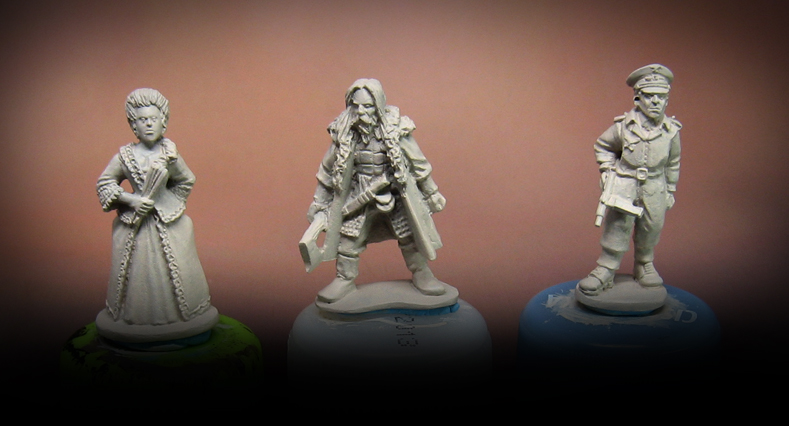