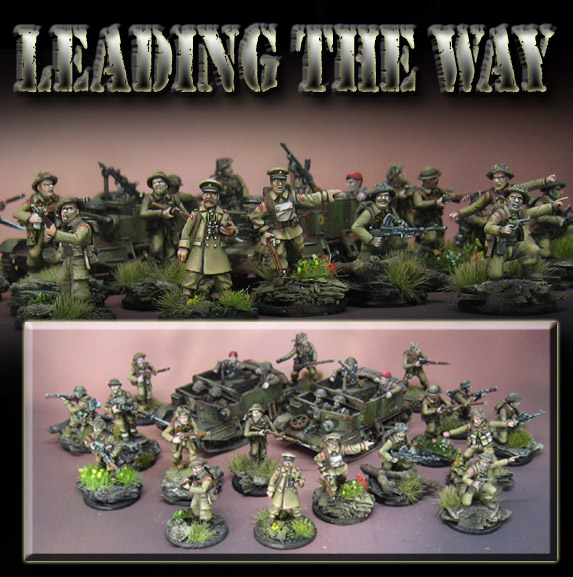 The early war British forces were an interesting exercise in muted color palette to be sure.  To try and keep the figures interesting from a visual standpoint (and not to get bored!) I attempted to introduce greens and other shades of brown where possible.

Since the bases had plenty of "greenery" on them, it was not going to stand out too much, as the eye would simply blend it all on together.

These HQ figures were among the last of the figures that I worked through. 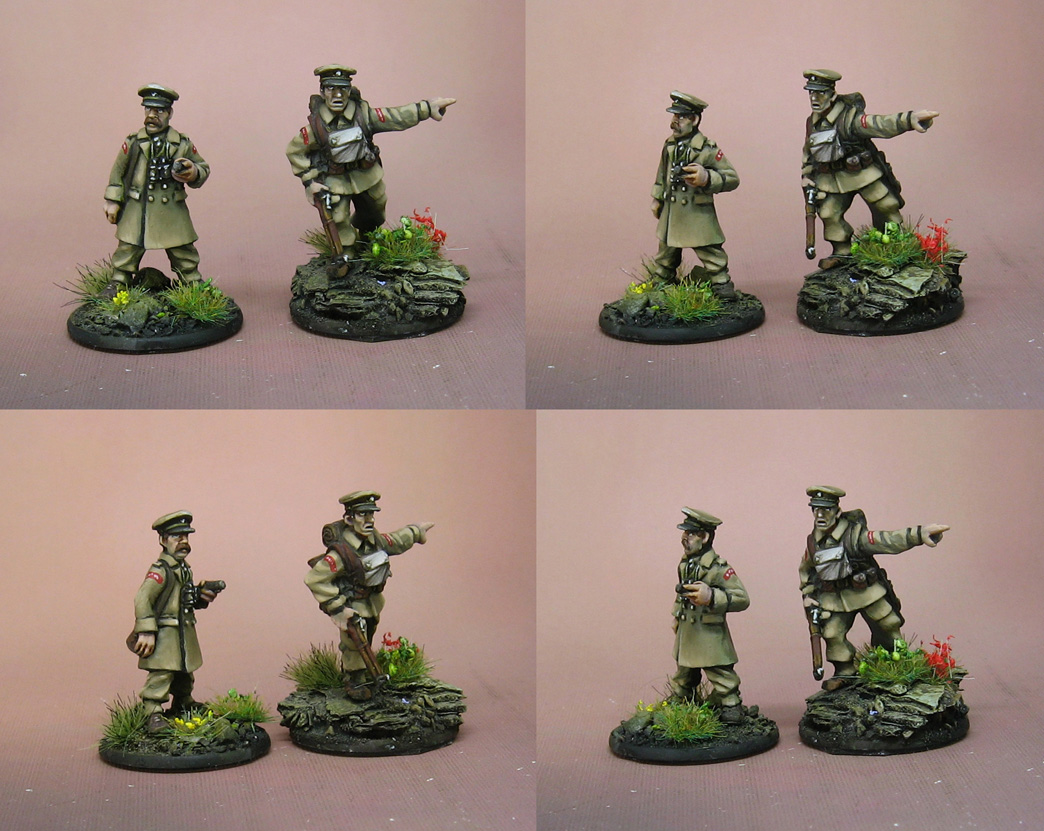 Most of the grass tufts and flower tufts used on these figures were made with the WWS static grass applicator.  I have done a few articles on how these were made: 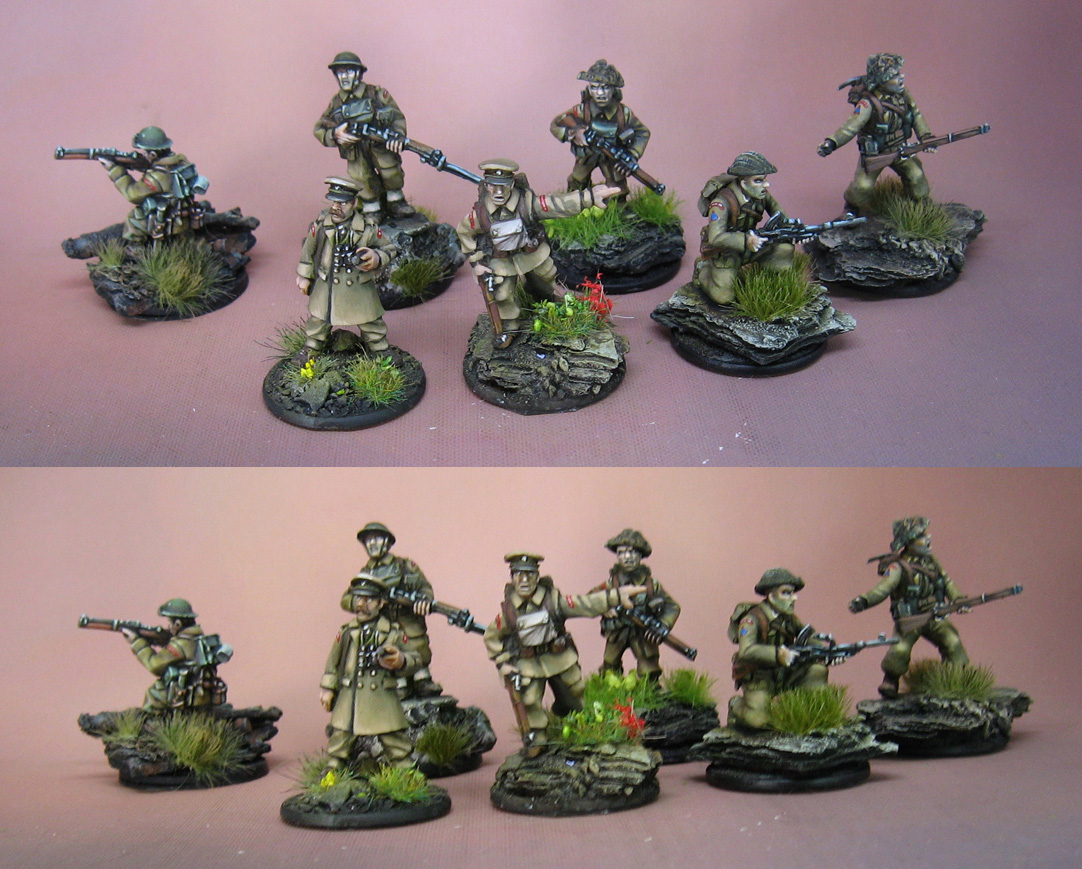 This is a fairly large army, and the only way I will be able to show everything at once is in a video of some kind, where I pan across the army and show various elements.  Yet another army that has outgrown all of my photo booths with the exception of the largest 6 x 4 foot photo booth! 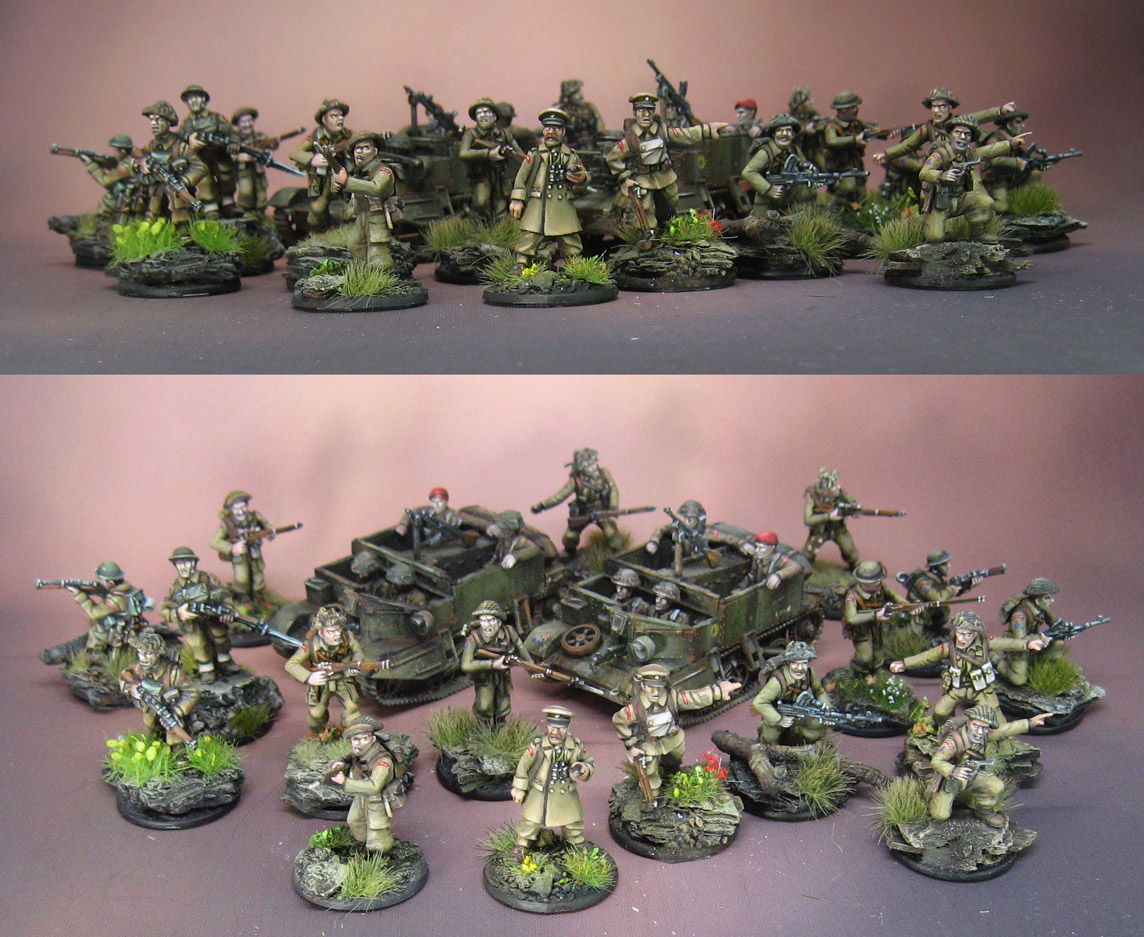 As I mentioned, this is one of the first Bolt Action armies that I painted, so it was really an exploration is how to go about painting a historical army.  This was actually painted for someone else, so I did not have the kind of control that I normally would.

I had to fudge a lot of purely historical elements to make things work out as requested.  Ironically this army was completed before my French army!  There is still much to do on that one! 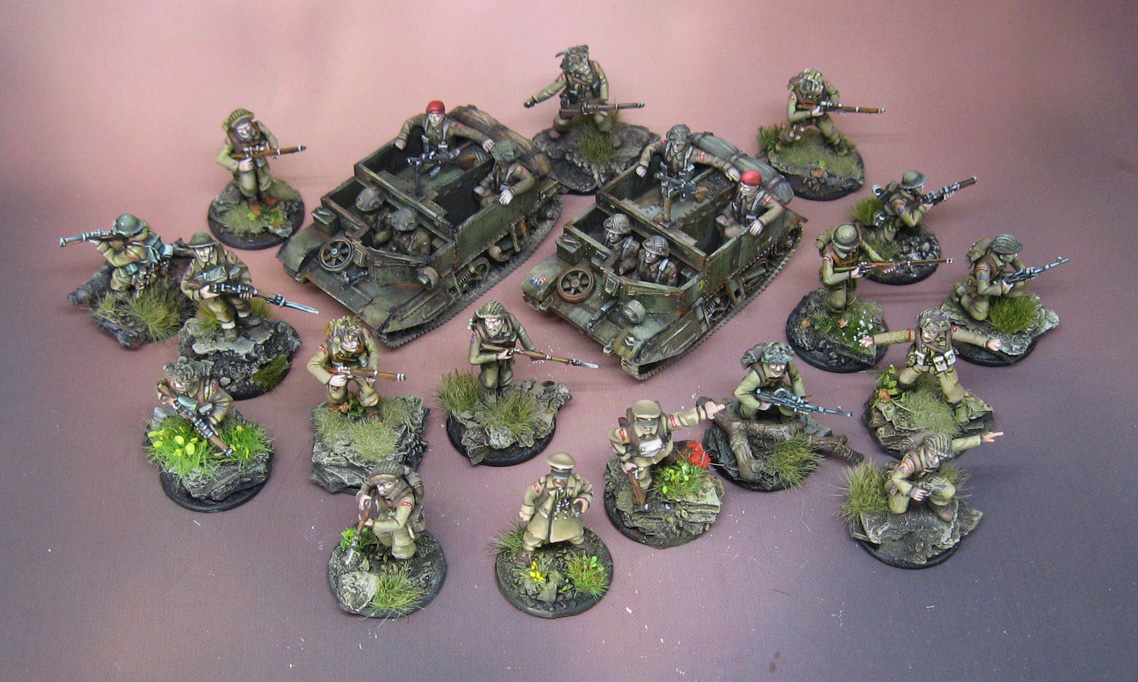 The British forces made their debut on my battle report series with Blood at Arras, and more reports are on the way!  Here's a link to the YouTube channel and the episode: 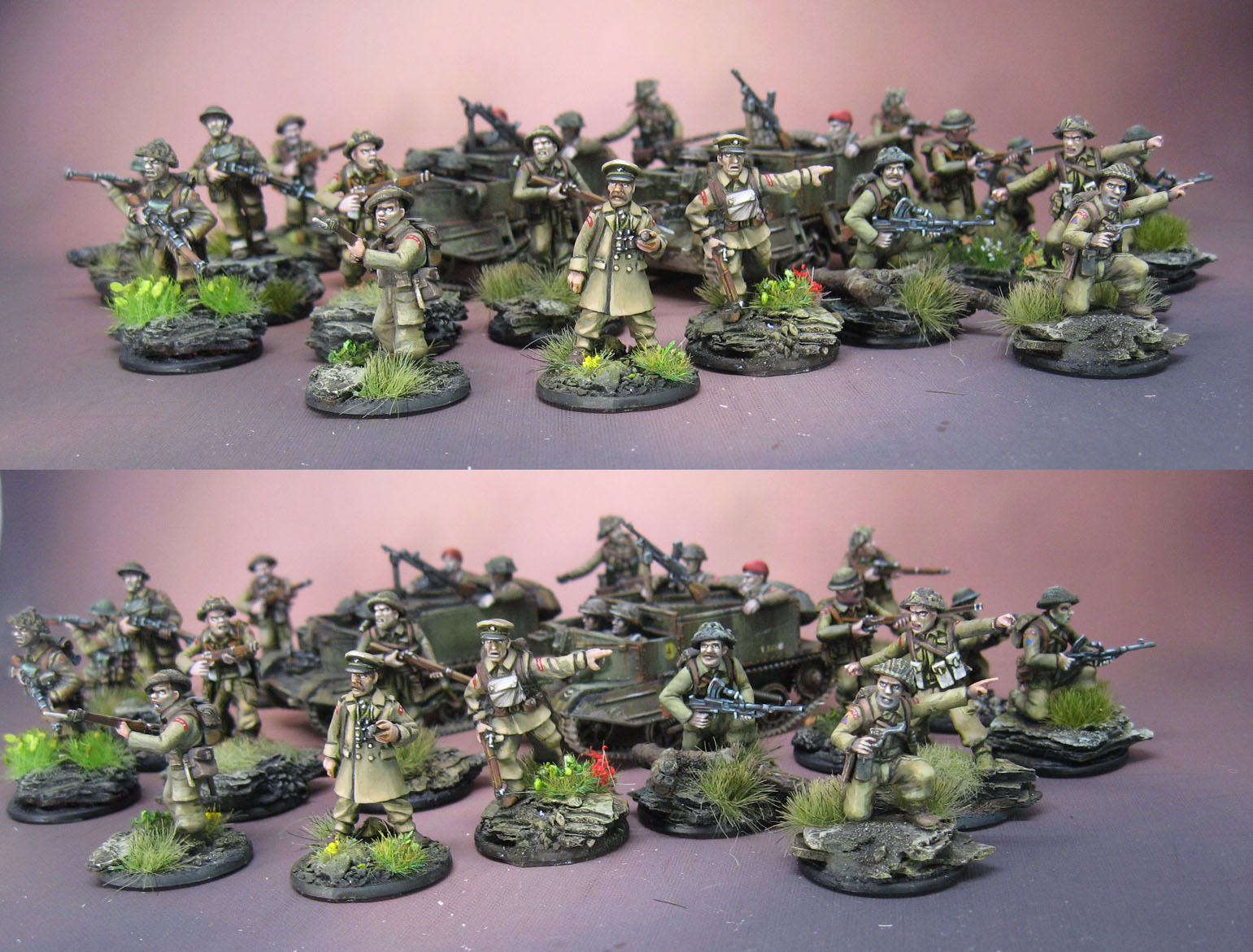 Posted by wappellious at 1:22 PM No comments: