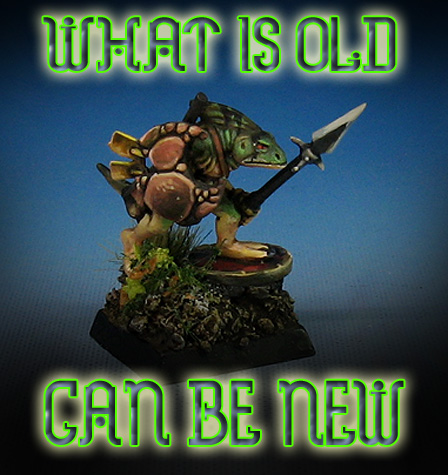 Among the numerous Skinks that were made for my Skrox units, several were old plastic archer figures which I converted into javelin skinks with better shields.

I was able to dig out the old bow with a wood carving knife, and cut off the other hand to hold that javelin.  Not only did this utilize the vast amount of old plastic Skinks that I already had!

Also, the combined Skink and Kroxigor units created some real difficulties for ranking up the two types of figures on the same movement tray.  There were very strict rules about how many Skinks per Kroxigor, and which rows they had to be in... how wide the formation was, and so on.

Posted by wappellious at 11:28 AM No comments: