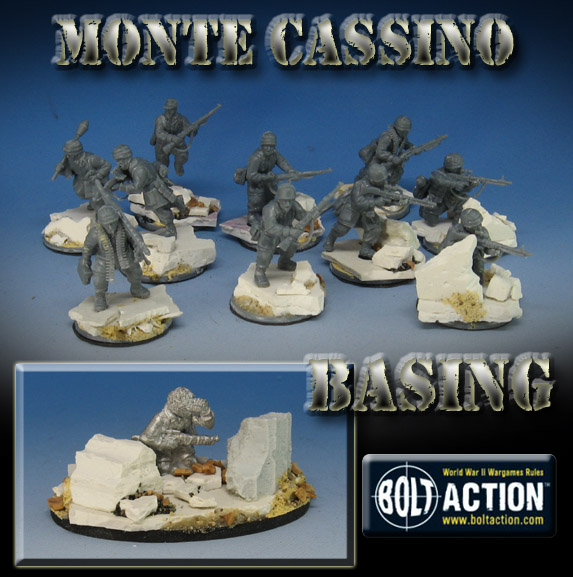 Operation Sting is fast approaching, and I needed a brand new army to fit the era of the tournament.

This is an army that I have thought about creating since I first started playing Bolt Action, and that is a Monte Cassino Fallschirmjager army!

I visualized a force well entrenched in the ruins of the abbey, which would let me combine some classic sculpey carved bases and a late war Bolt Action army.  Yes, that is right... and army that is post 1940... ;-) 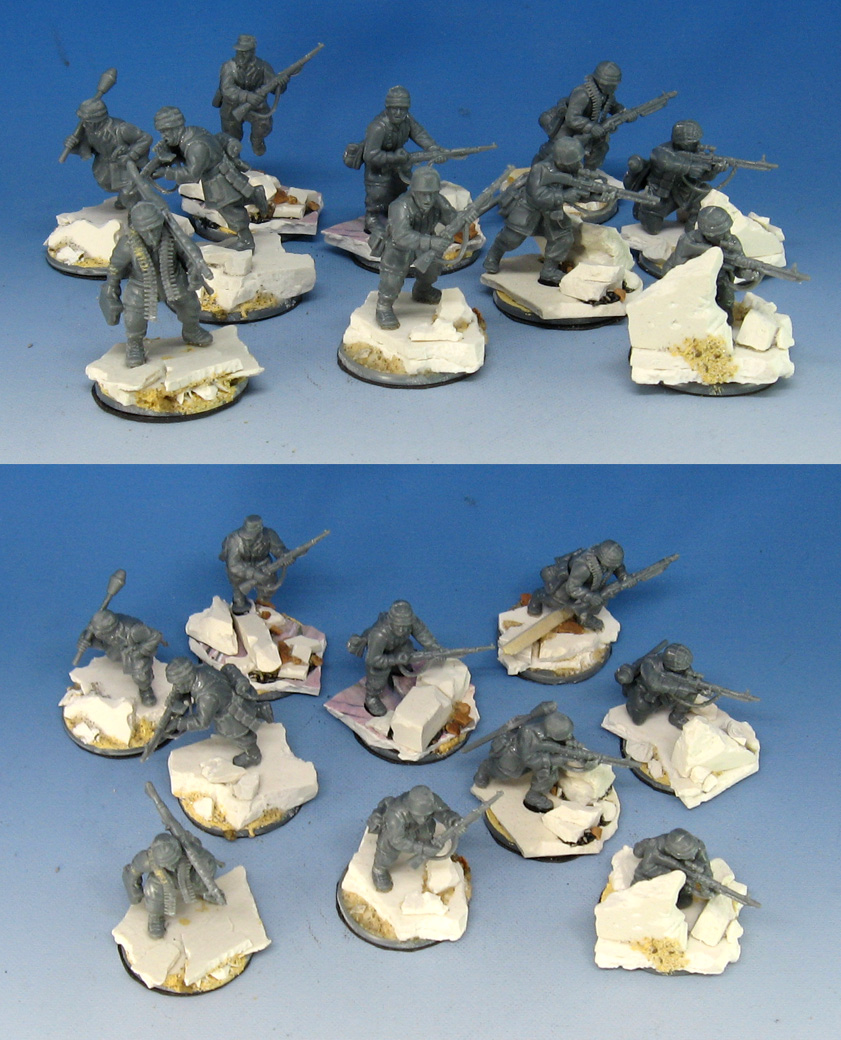 I gathered together as many reference images as I could find, including several of the Abbey.  The display board will be made to appear as close as possible to the lower right image.  Obviously things will have to be tweaked a bit to make room for the actual units themselves.

Much research has been done on the uniforms worn, and it has revealed a mix of gear.  In fact, that image in the upper right may reflect the variety which I will include.  It is late war after all, and by this time, equipment replacements were erratic at best.

I do think it will be interesting to see the Mediterranean style helmet and trouser color, however! 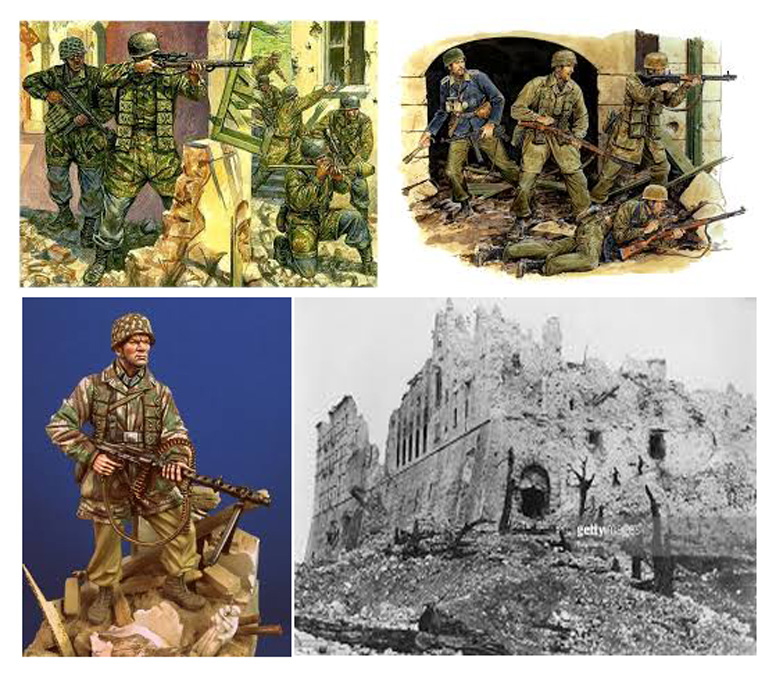 Many of the poses were of the kneeling variety, which meant that I could have a lot of fun creating bases for them to hide behind.

The plain white Sculpey is very easy to break and carve.  When you break the rolled out pieces, it gives a fantastic texture, and sometimes all you have to do is chip away at some of the edges to complete the look.

You can also use all those smaller chunks as additional rubble, which helps to achieve the effect of ruins. 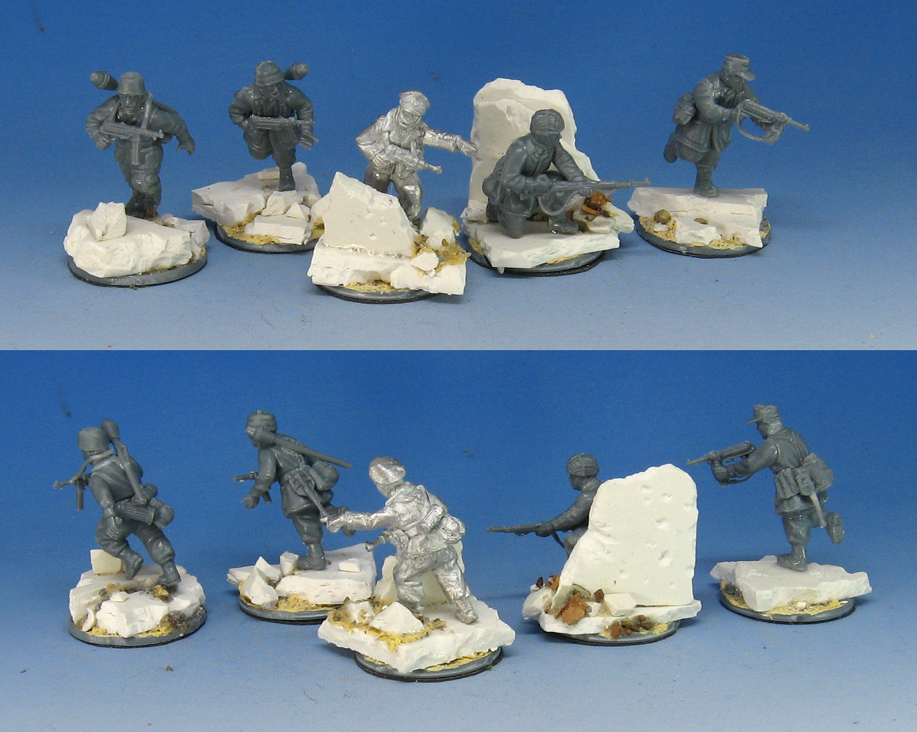 I also tried to utilize some of my Secret Weapon Miniatures resin basing pieces like the broken pillar that you see on the figure to the right.  Eventually I would start making my own smaller pieces of broken pillar, which you can see a little later in this post. 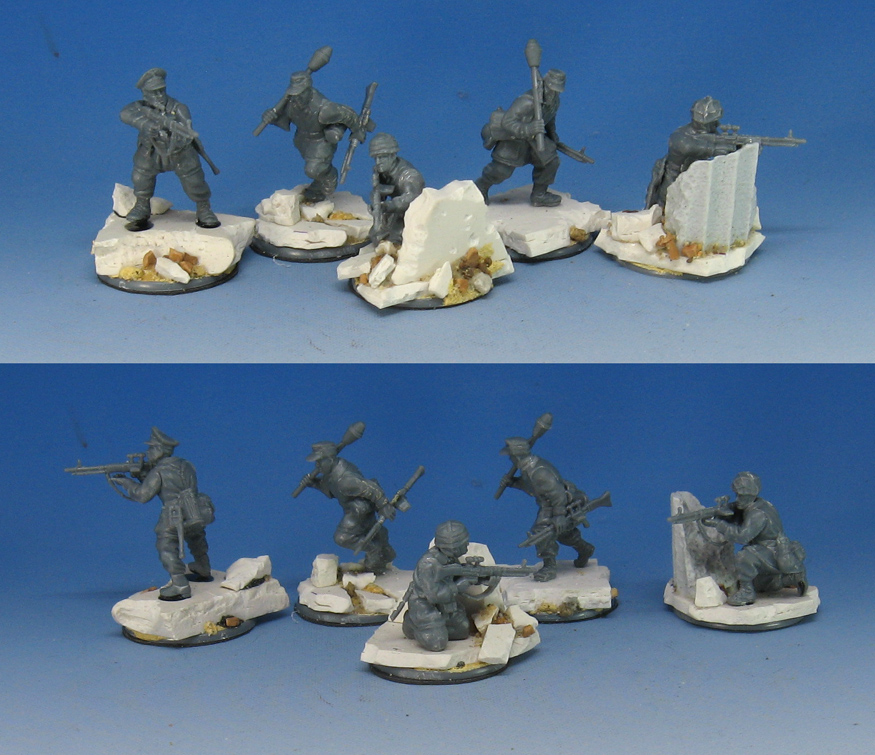 I have a number of basing exercises on the patreon page that show urban rubble style bases, such as the Army Painter Series 2.  In that set of tutorial videos, I tackle my winter Soviet army, all of which are based on rubble (including weapon teams, etc.)

You can check that out here:
www.patreon.com/JamesWappel

On this base, I was able to match the chunk of resin pillar by carving a larger piece of Sculpey.  This is part of my Sniper team... and he has a buddy in a similar type of base. 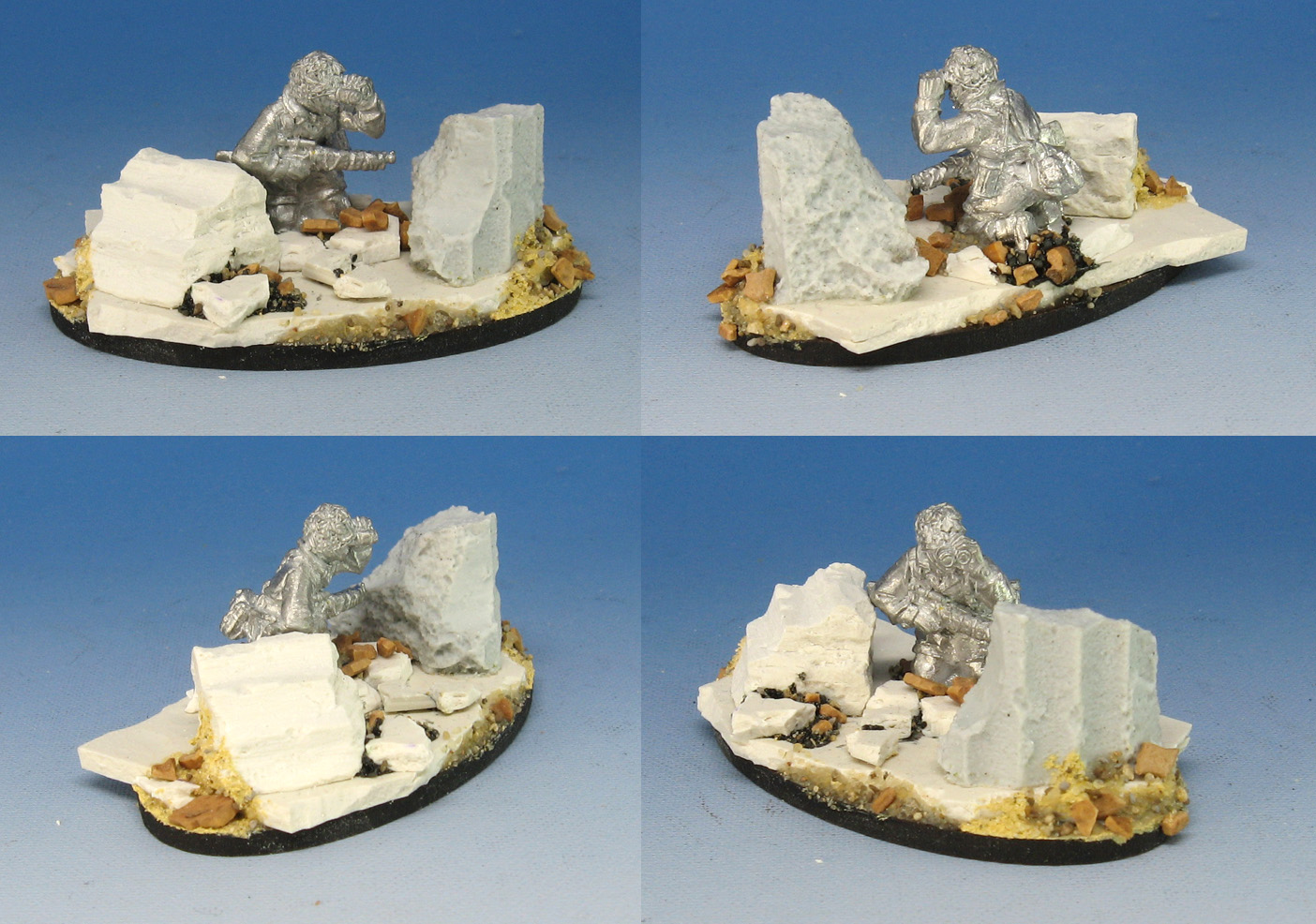 Posted by wappellious at 1:52 PM No comments: