OK, I have done some wild things with blood bowl teams, and even my WFB armies, but this adventure is going to be the most 'interesting' yet!!!

This series of posts will show the progress of my team tournament army for Adepticon this year.  The theme is "The Wretched Alliance of Appomattox".

My Chaos Dwarf army (representing the Confederacy) and Marty's Dwarf army (the Union),  find themselves forced to either ally with each other or face certain destruction!  While our respective nations have been slugging it out, hordes of foul creatures have inundated the land... skaven, beastmen, orcs, and the like.  Of course, we will blame each other for this predicament.  They now surround both of our forces gathered at Appomattox Court House.

To get in the appropriate mood, we will be in costume, and in character.  I already have all my disparaging impersonations of Union generals ready to go!  We may even be compelled to fire at each other...

Anyway, I have been trying to get the army built so that we can at least play a practice game or two.  The first brief test match was quite revealing, as we discovered that Bull Centaurs are now effectively dragon ogres.  Sadly, that meant I had to scrap everything I had done, and completely redo them, starting yesterday.  More on that later. 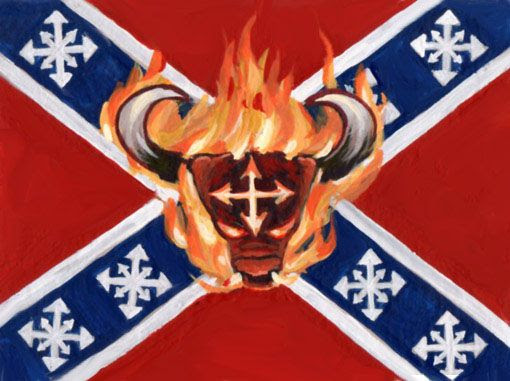 And now for the unit.  I think you can see Gen. Lee himself off to the right, with Traveller right behind him.  I used all sorts of dwarves donated by Marty... Skull pass, etc.  The idea was to have each one be unique, with a different rifle, hat, bedroll, canteen, etc., as it was with the more homespun equipped Rebels. 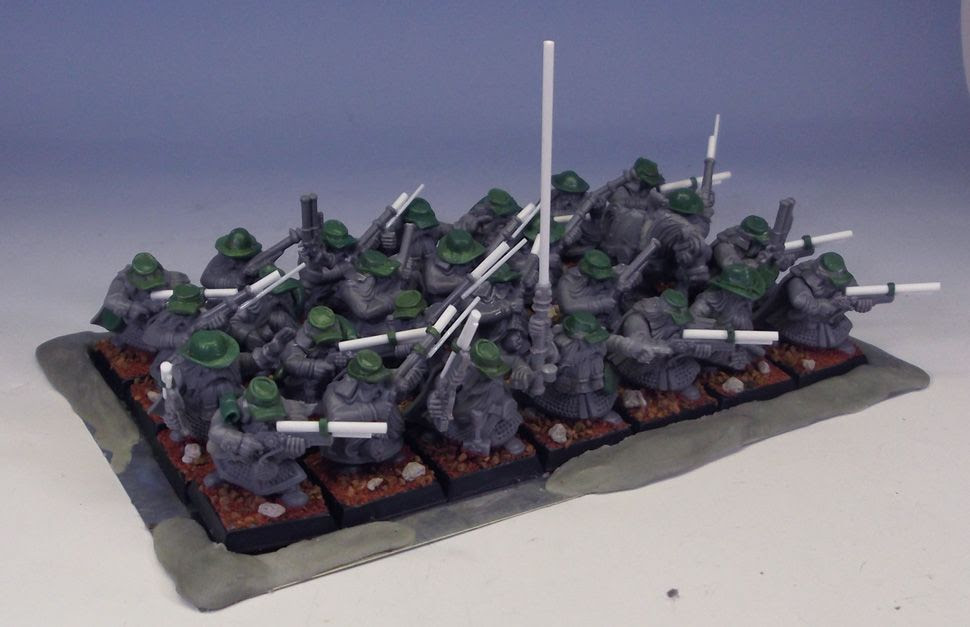 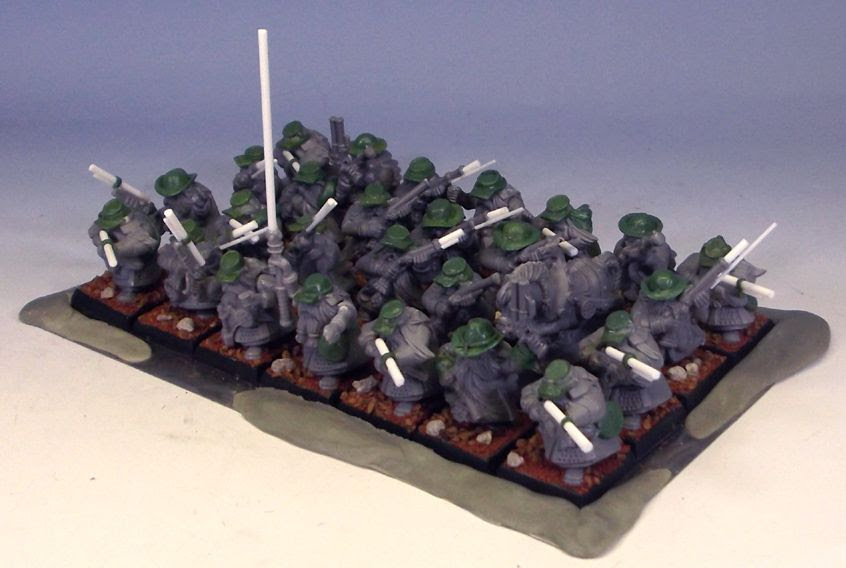 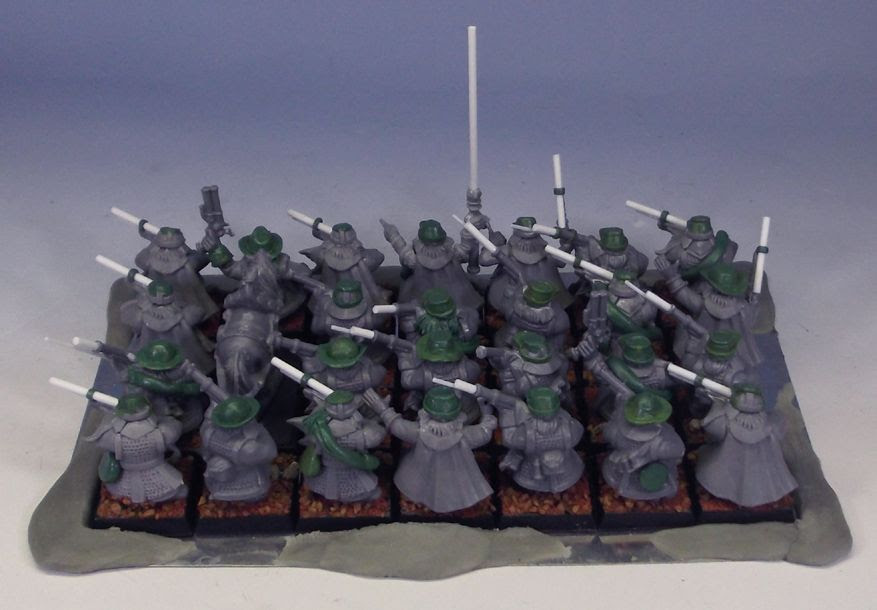 There is still more sculpting work to be done on these, and puptting sand & gravel on the base

The bull centaurs will be shown in another post in a few hours, since there are lots more pictures.  You will see how toy cows and ogre minis can combine with various sculpting substances to create something strange yet sublime. :-)
Posted by wappellious at 9:20 PM 2 comments:

Over the years I have painted numerous Ral Partha minis.  I believe that Ral Partha was actually bought up by Iron Wind Metals, but, in any event, here are a few very different centaurs.

The hoplite centaur was my favorite.  I really had fun making the mosaic tile base.  Well, it was not quite so fun carving each tiny piece out of the sculpey! 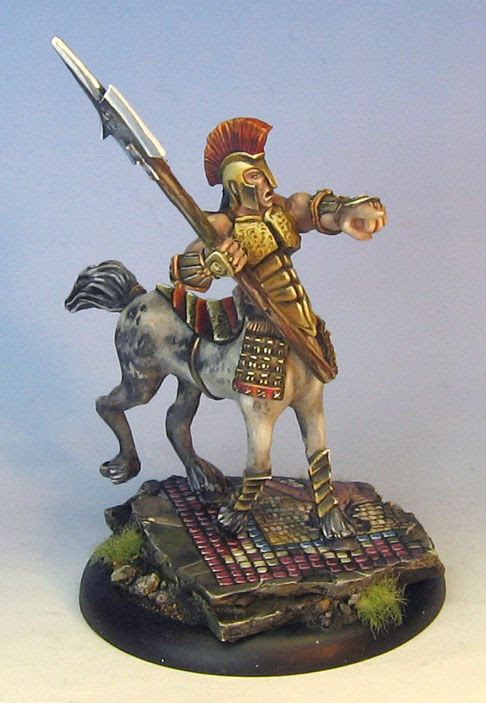 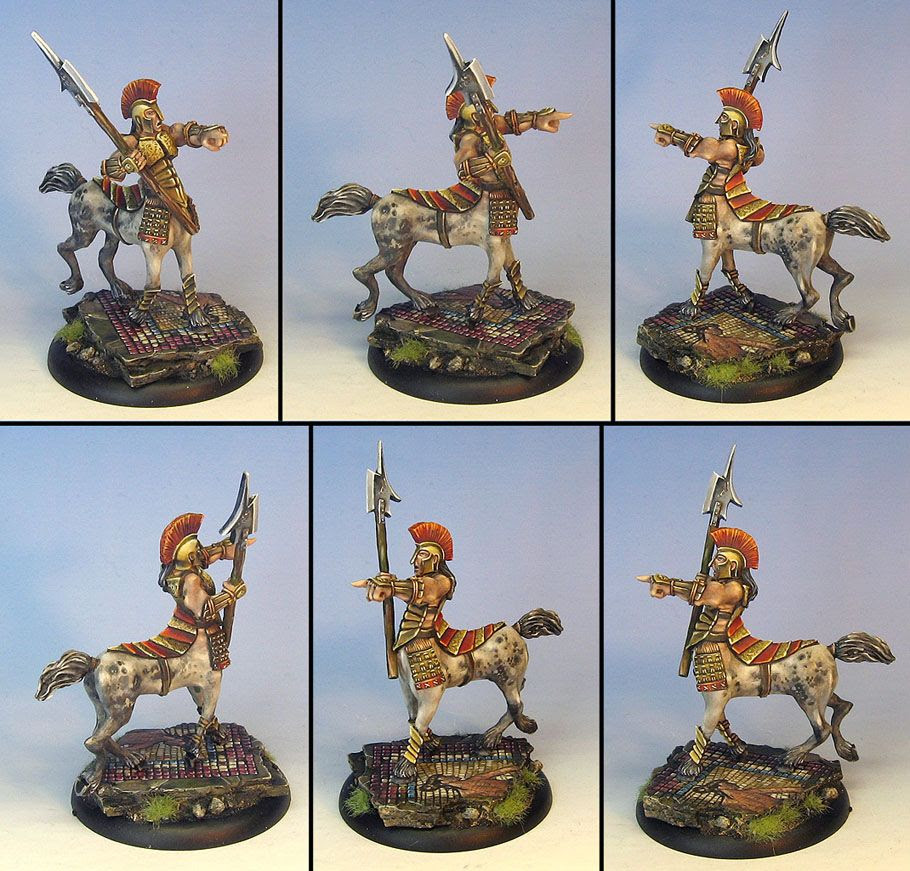 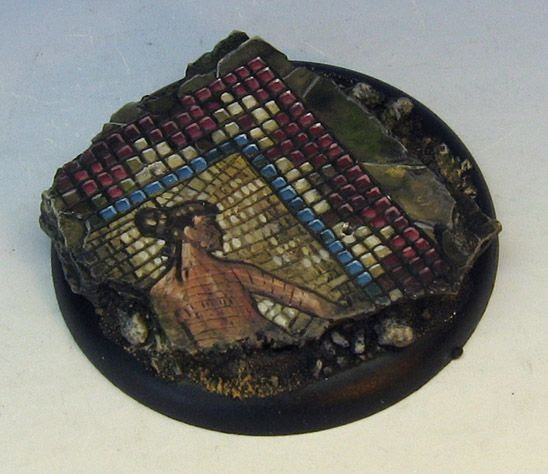 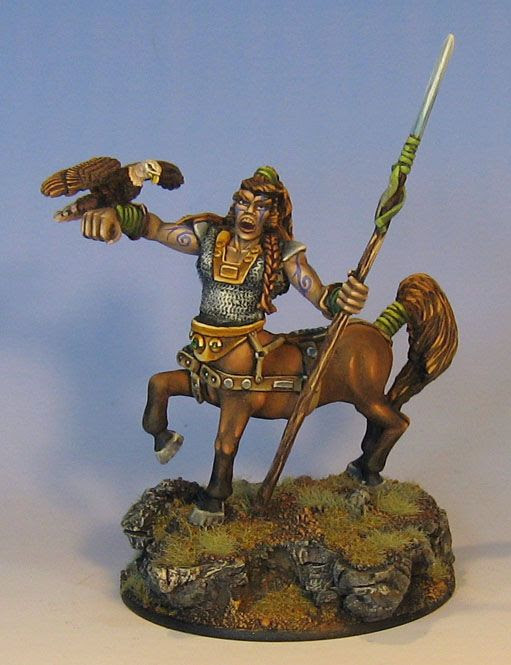 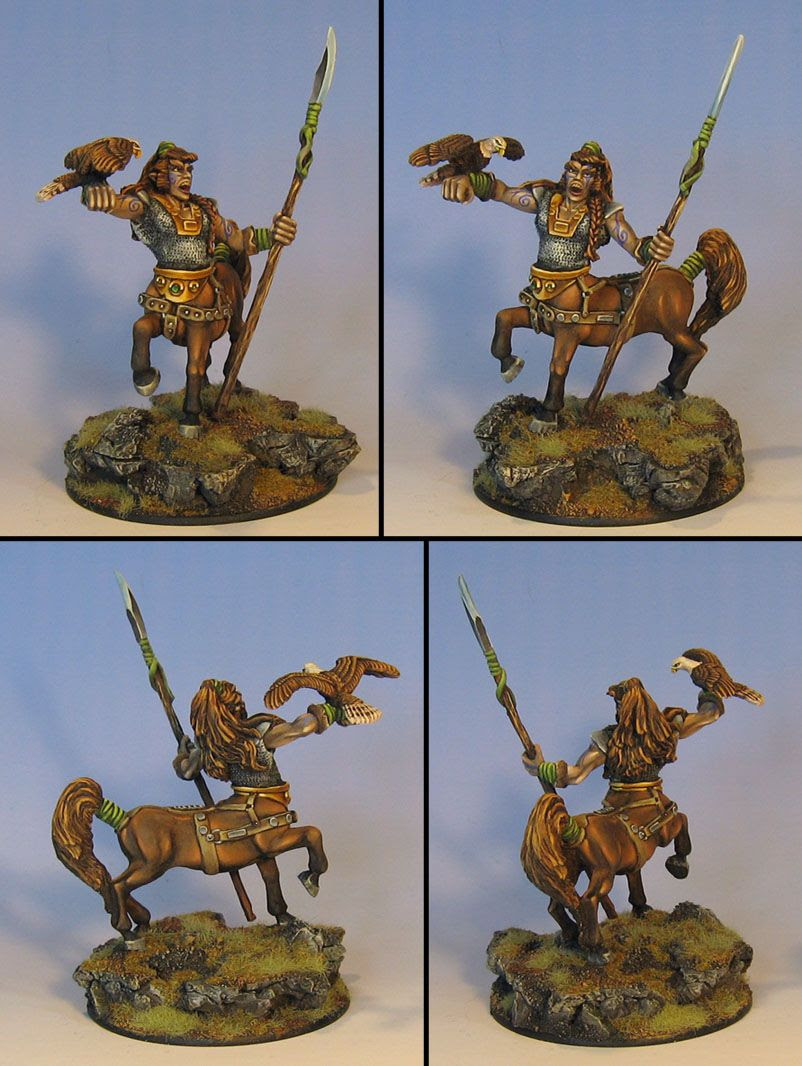 Posted by wappellious at 4:16 PM No comments:

This figure was part of a very large 40k army which was based on a 'tainted' World Eater theme, hence the white colors for the flesh.   Obviously, you can see how this ties into the Ultraforge demon posted a few days ago.


Many of the vehicles have World Eater insignias that are corrupted. Any Aquila symbols also have scarring on them. The addition of the piles of skulls was also very fun.

All that extra metal certainly increased the weight on the vehicles, though! :-)  This was an Apoc sized army, so look for tons more in the future!

More pictures are on my CoolMini post at http://www.coolminiornot.com/301447, so please vote on  him! 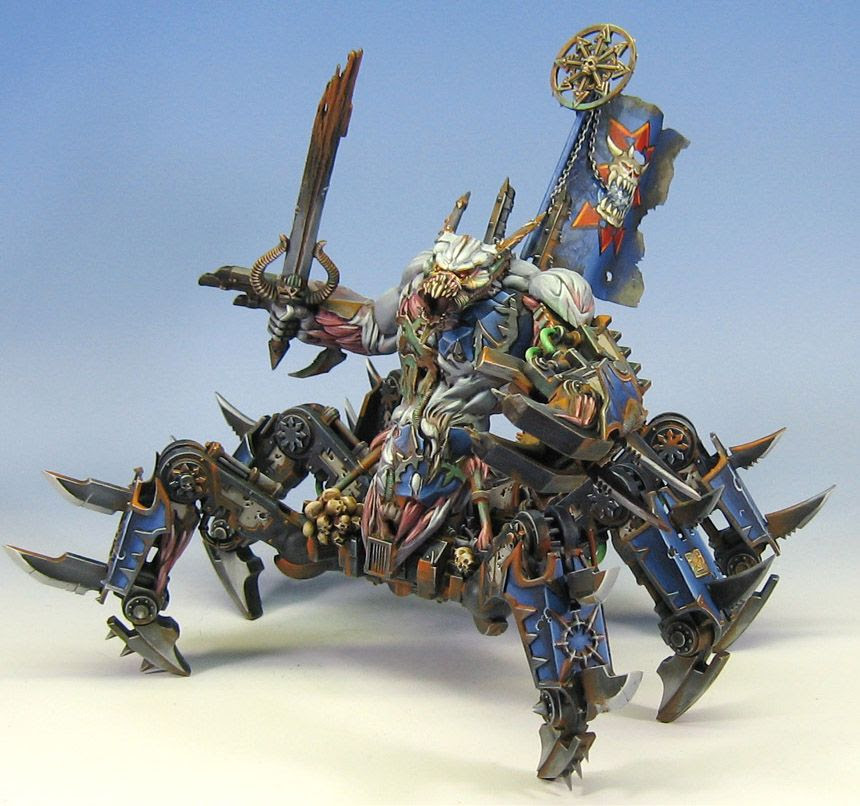 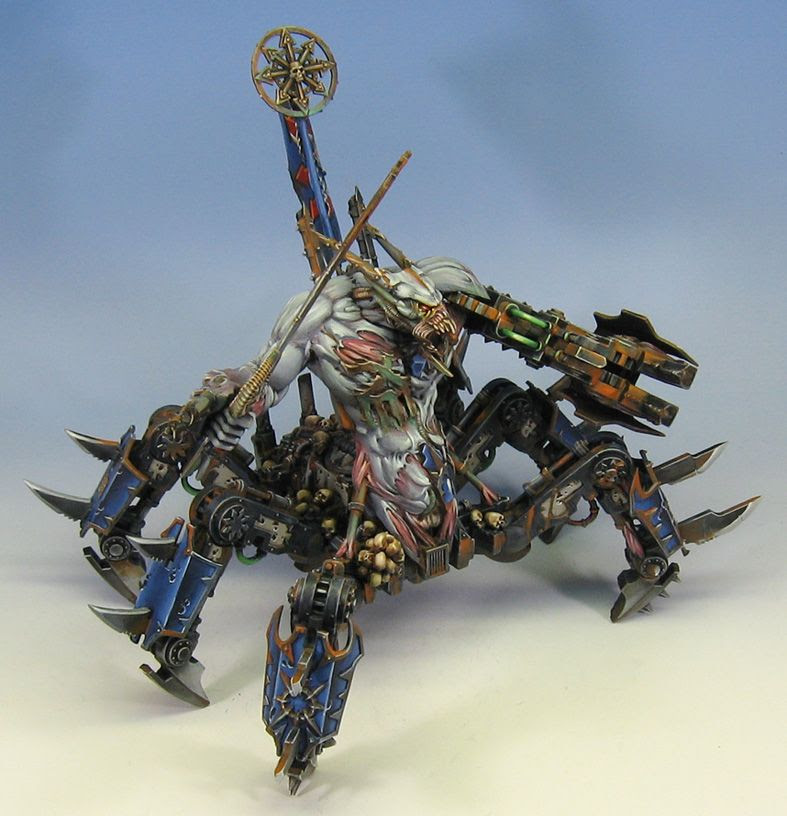 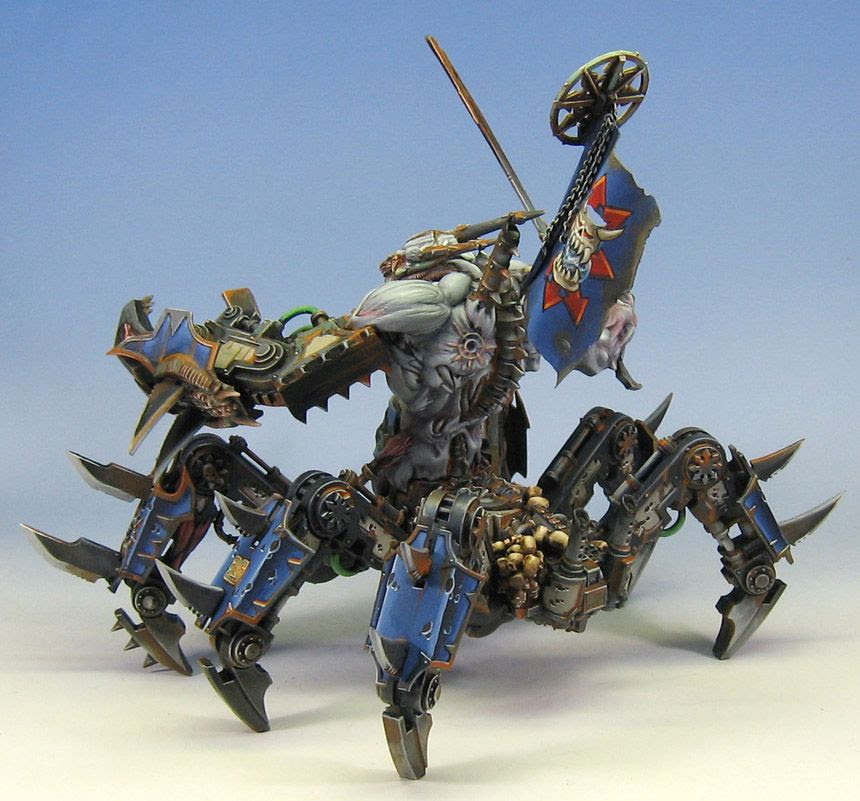 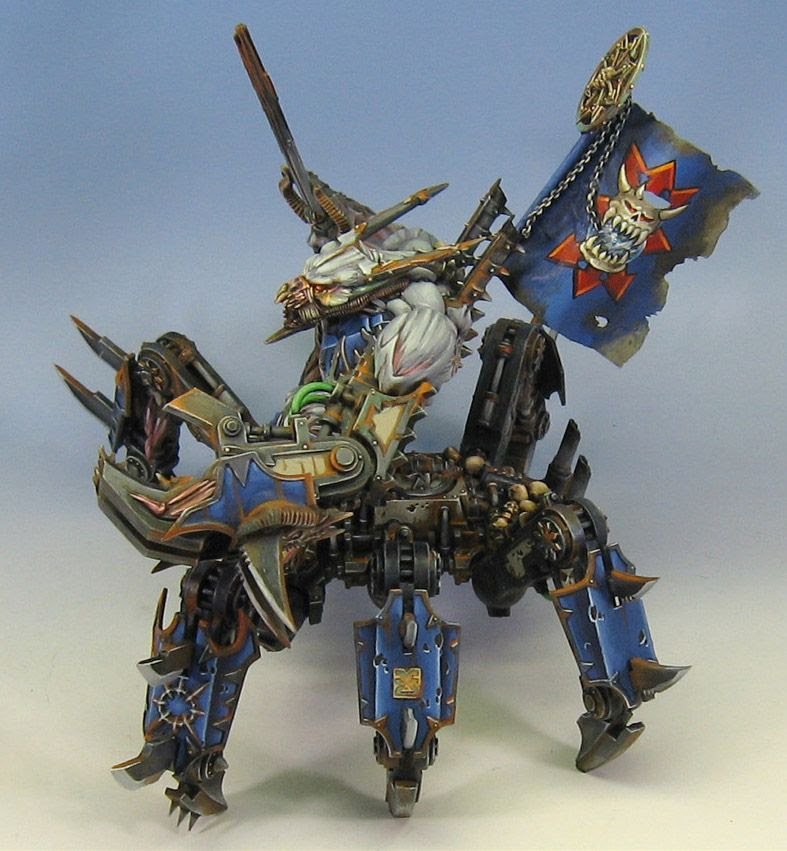 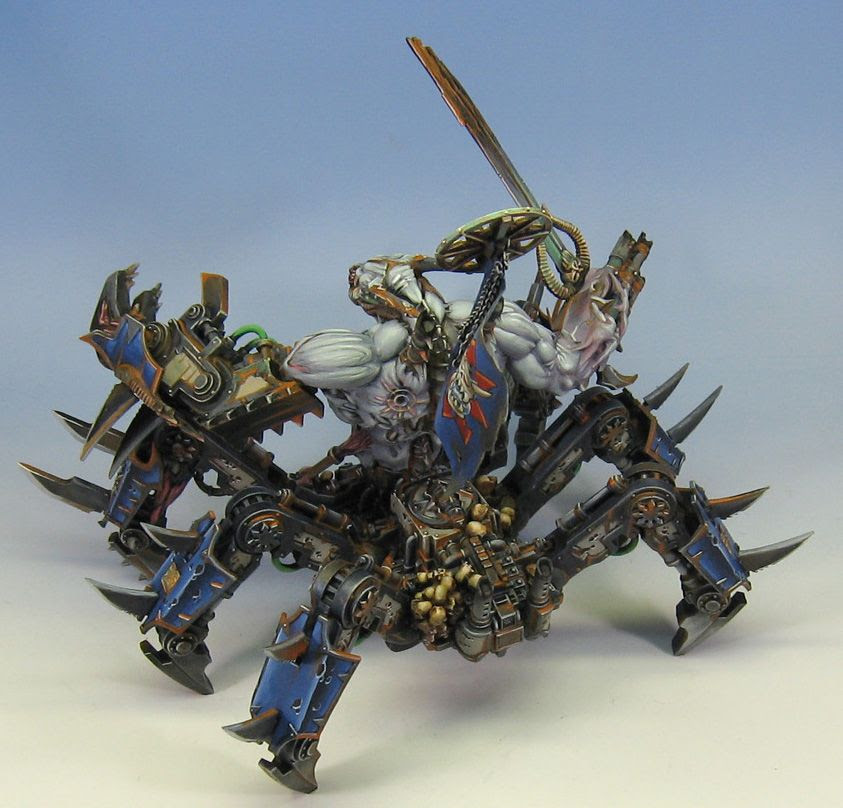 This is the last set of images of the first color test squad. 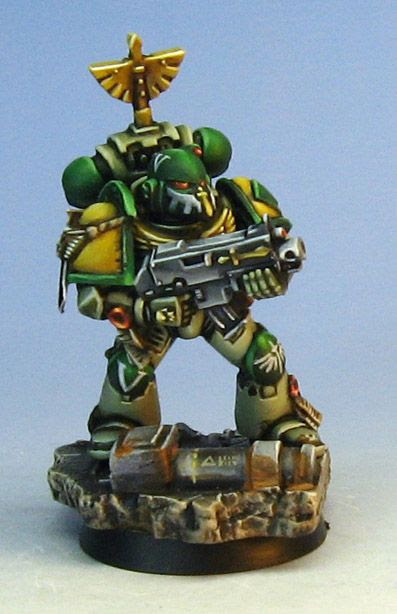 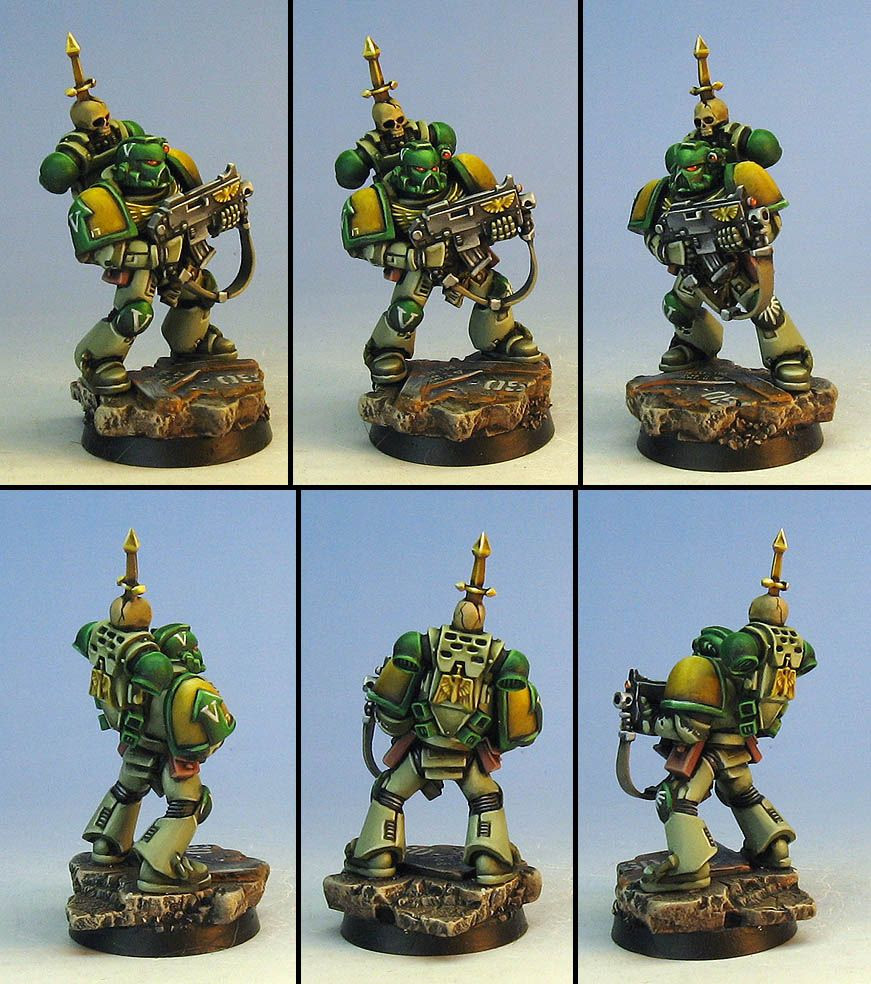 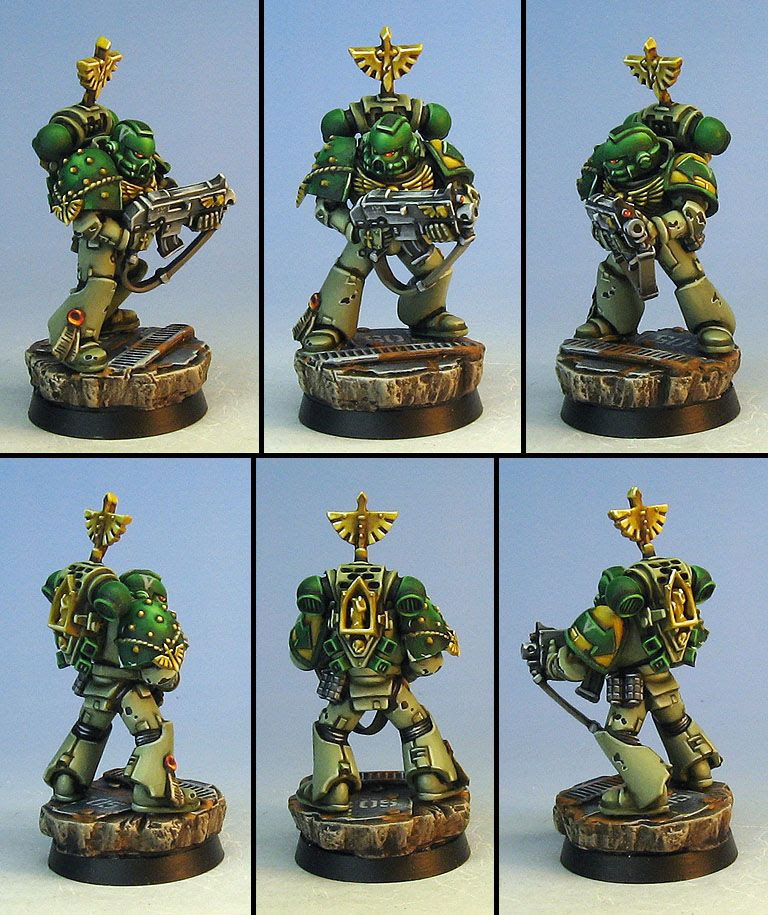 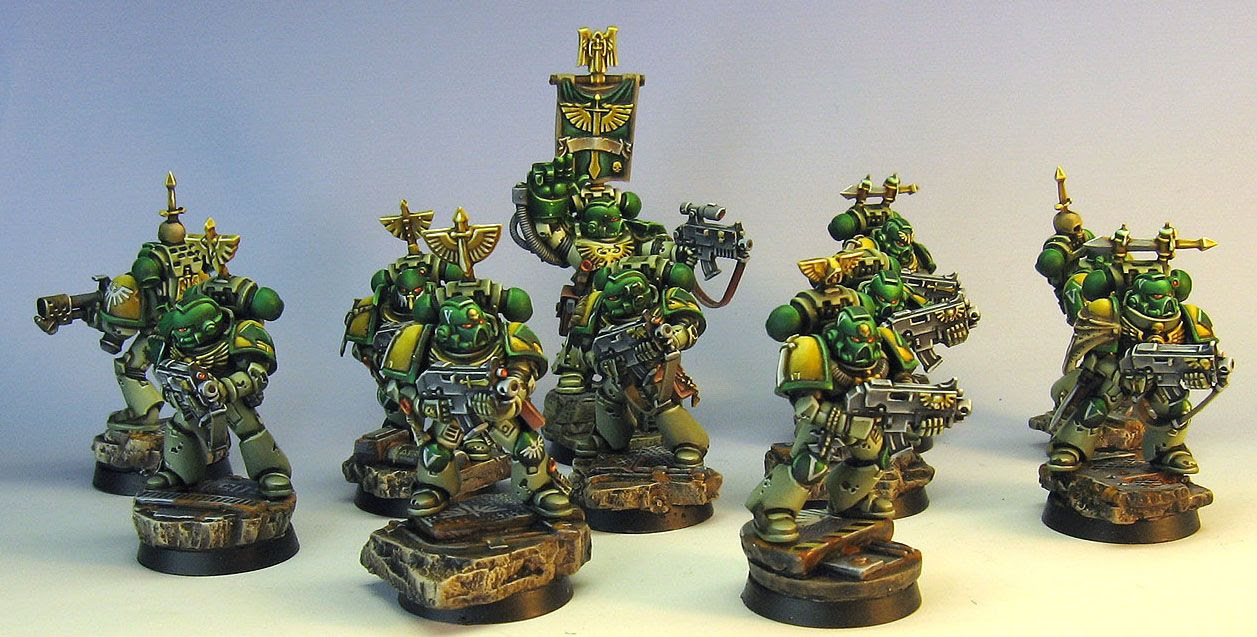 Posted by wappellious at 9:15 AM 2 comments:

Flying  green guys for the wee hours of the morning.  I have another more extensive gallery of images for the second squad. 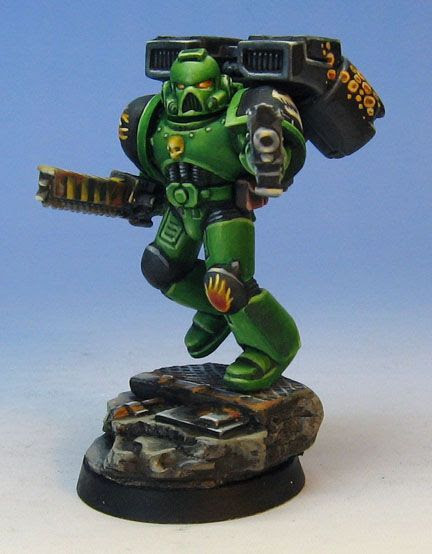 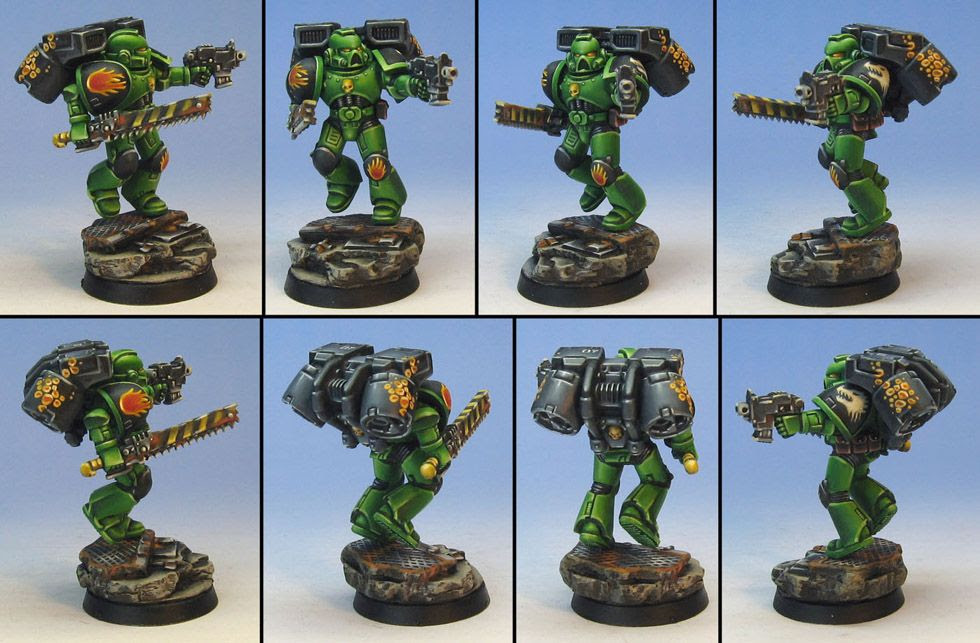 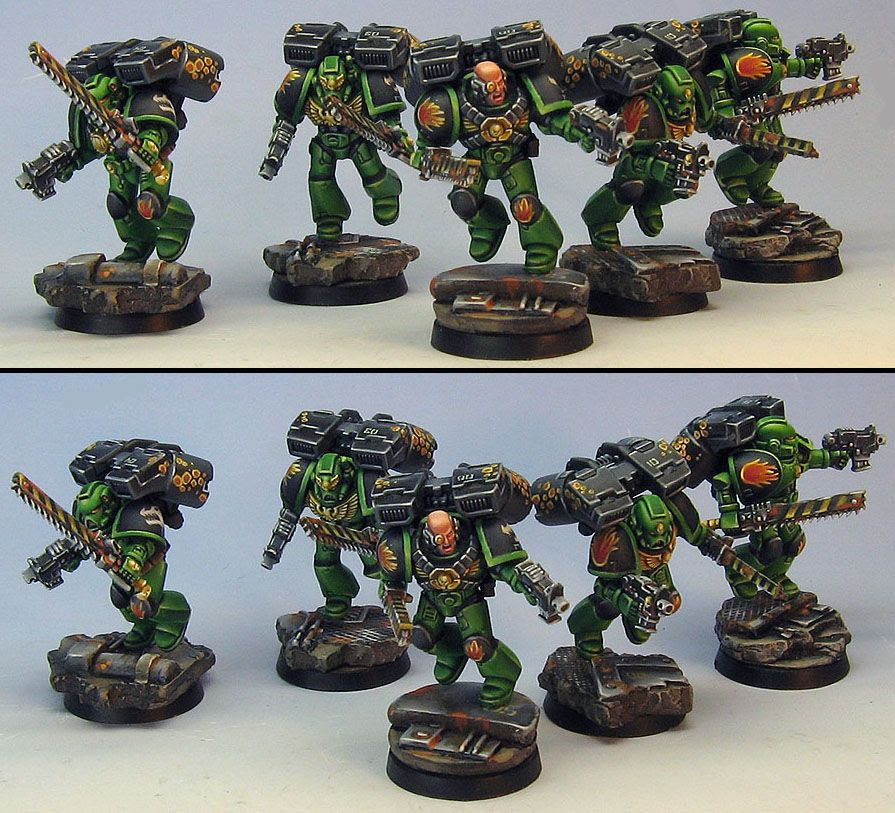 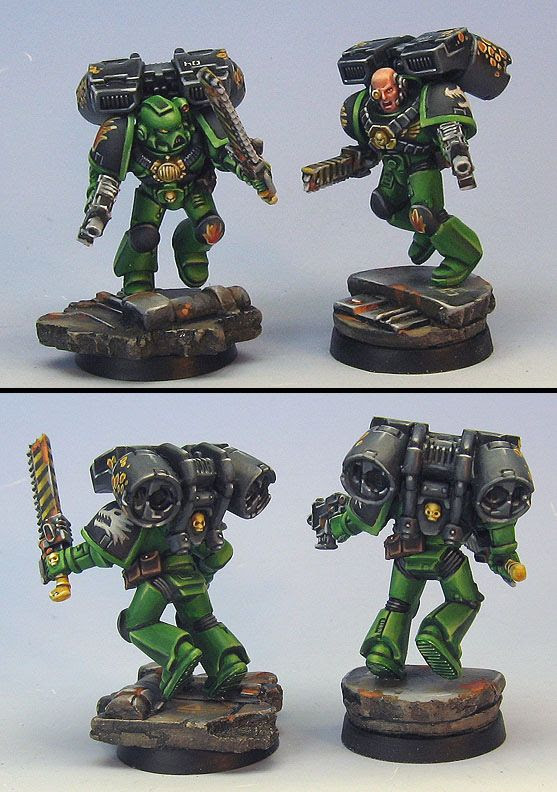 Posted by wappellious at 3:34 AM 2 comments:

Here is a bit more of that splinter chapter: 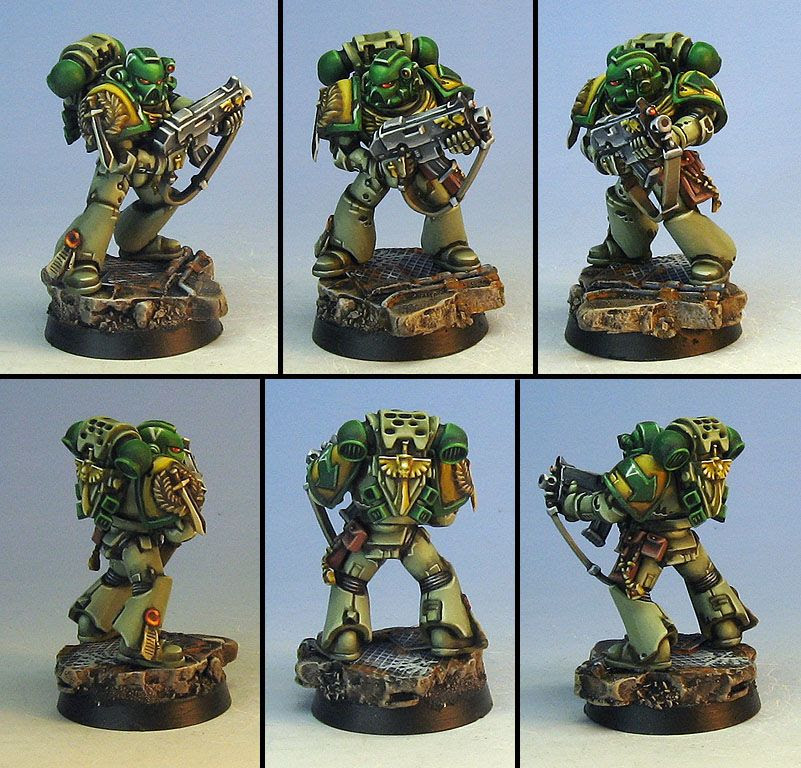 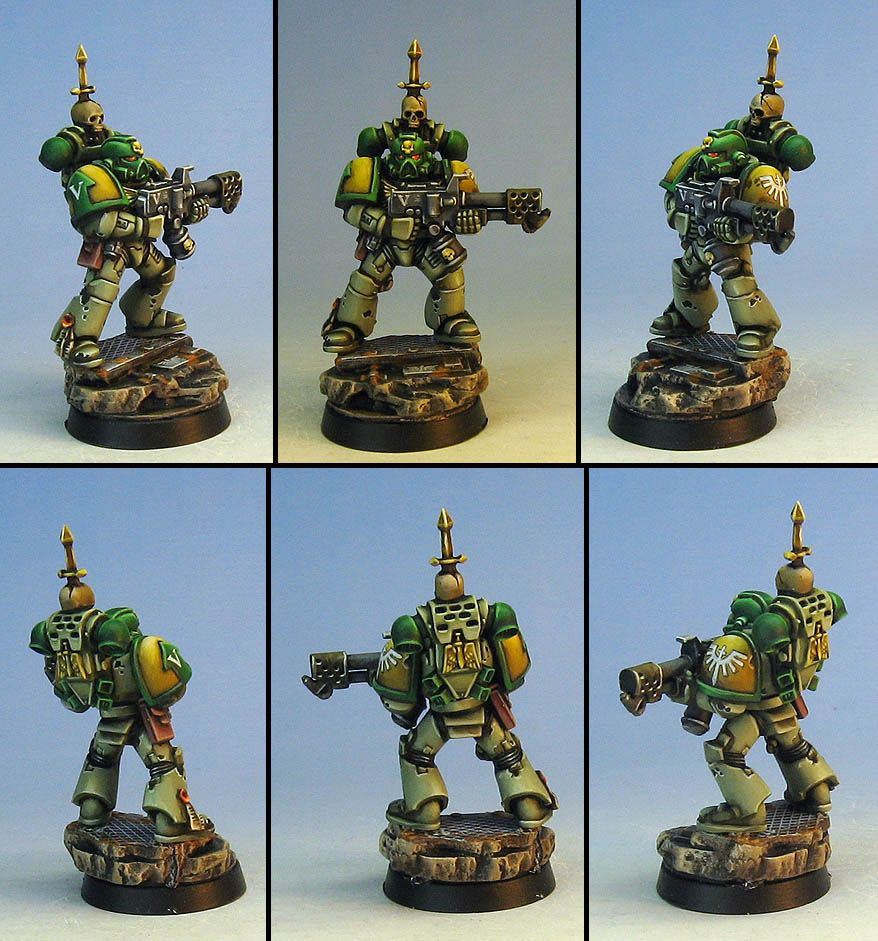 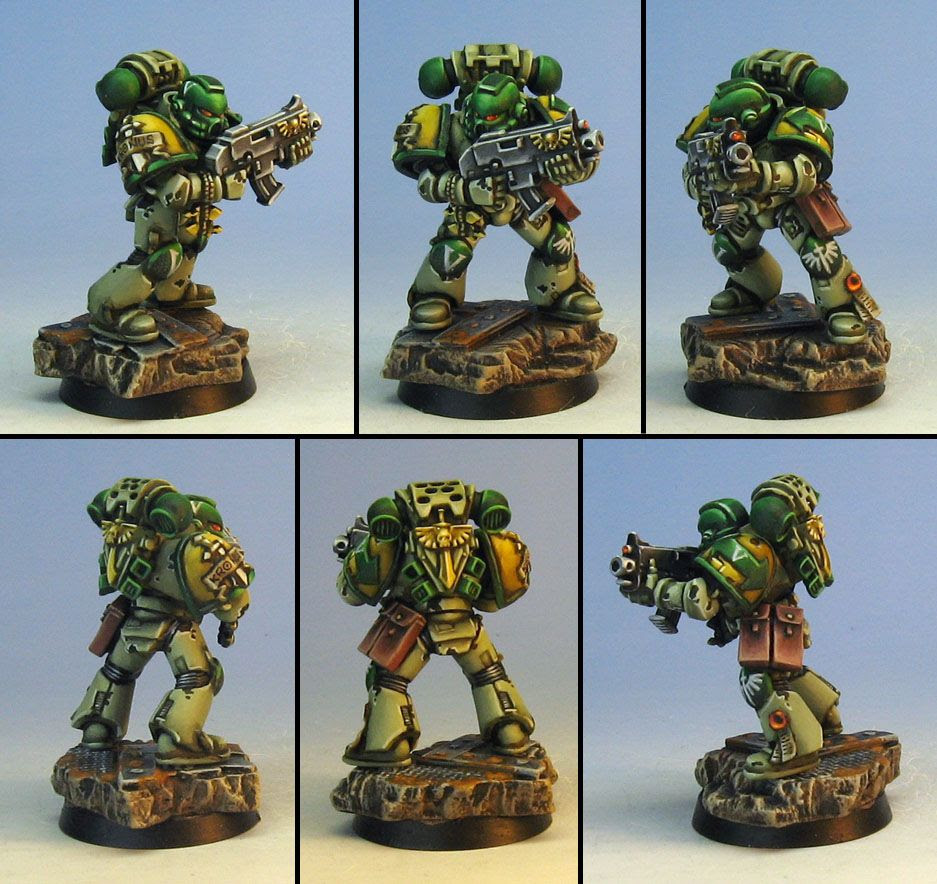 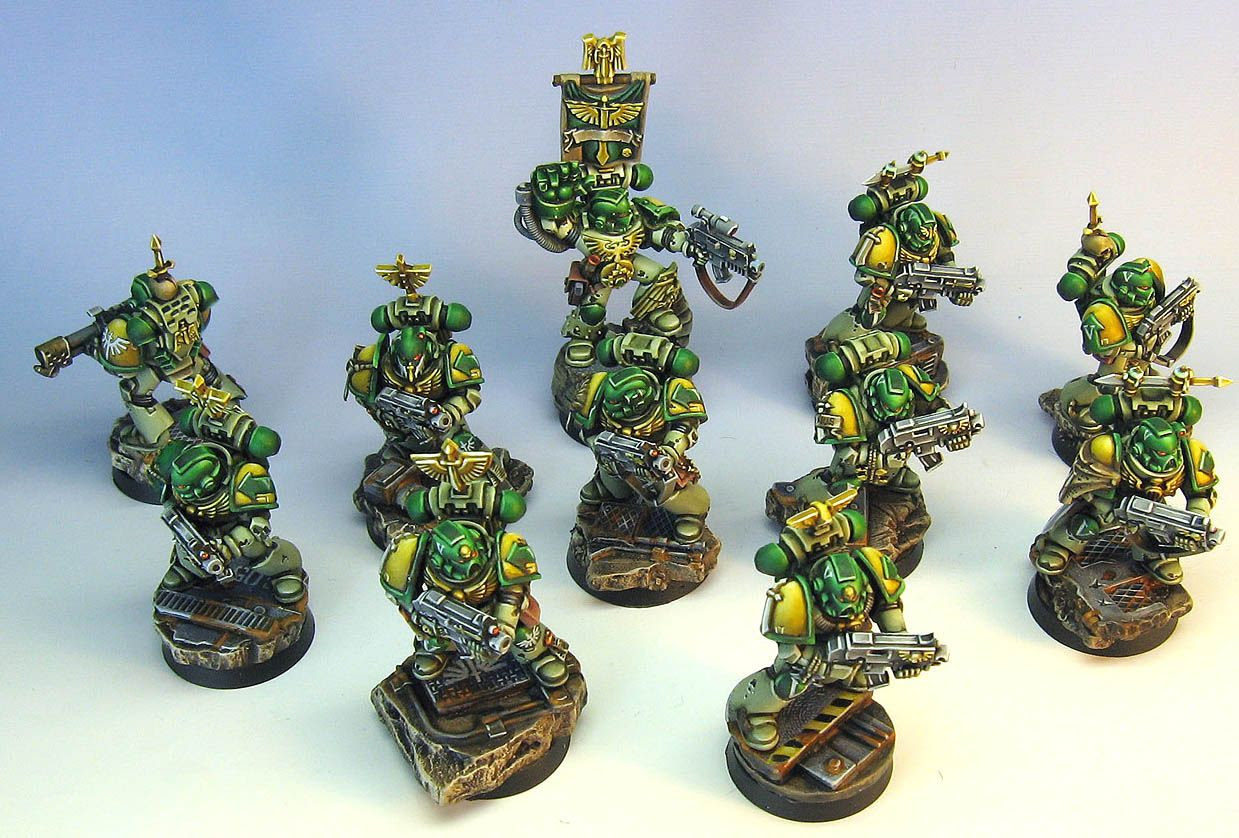 Posted by wappellious at 12:22 AM No comments: