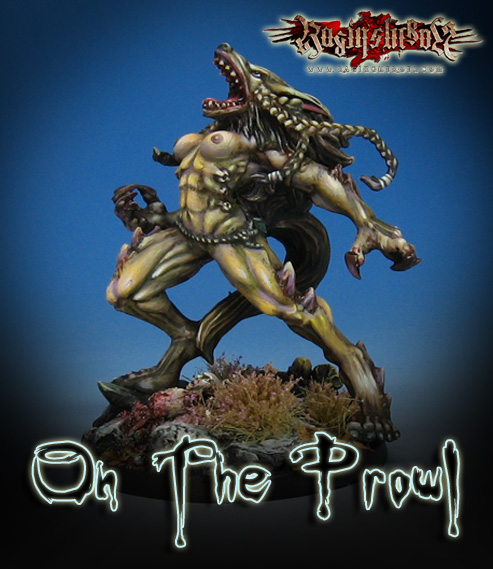 It's been a while since I've had some of the Raging Heroes Wereshewolves on the blog, but that's not because they are forgotten. :-)

This version has a slightly different color scheme, with purples and greens in the darker areas to compliment the warmer tans.

I also tried to have a few transitions to other shades, some pushing a little more red, as well as a darker more grayish tone on the lower legs and the hands.

I also tried to pick out some foliage that would match the various subtle tones.

The final Wereshewolf in the set is ready to go, so you will be seeing pictures of that, followed by some group shots!  I have a second set, which I hope to use for the Google Hangout painting sessions!  Stay tuned.