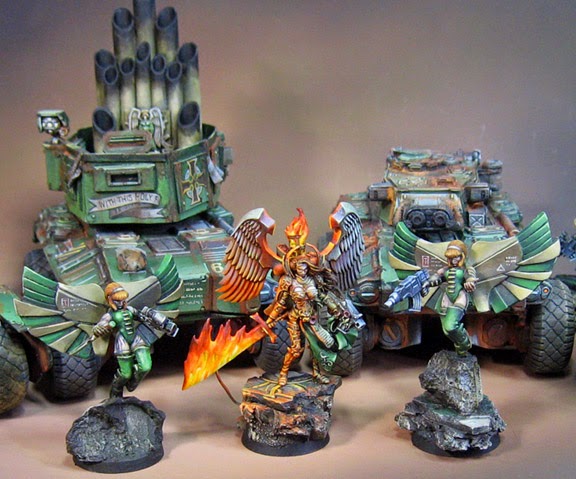 OK, time for more combinations of Secret Weapon figures, terrain, and much more.

Even the standard bearer for the Sisters is another conversion, using some Empire Flagellant bits. 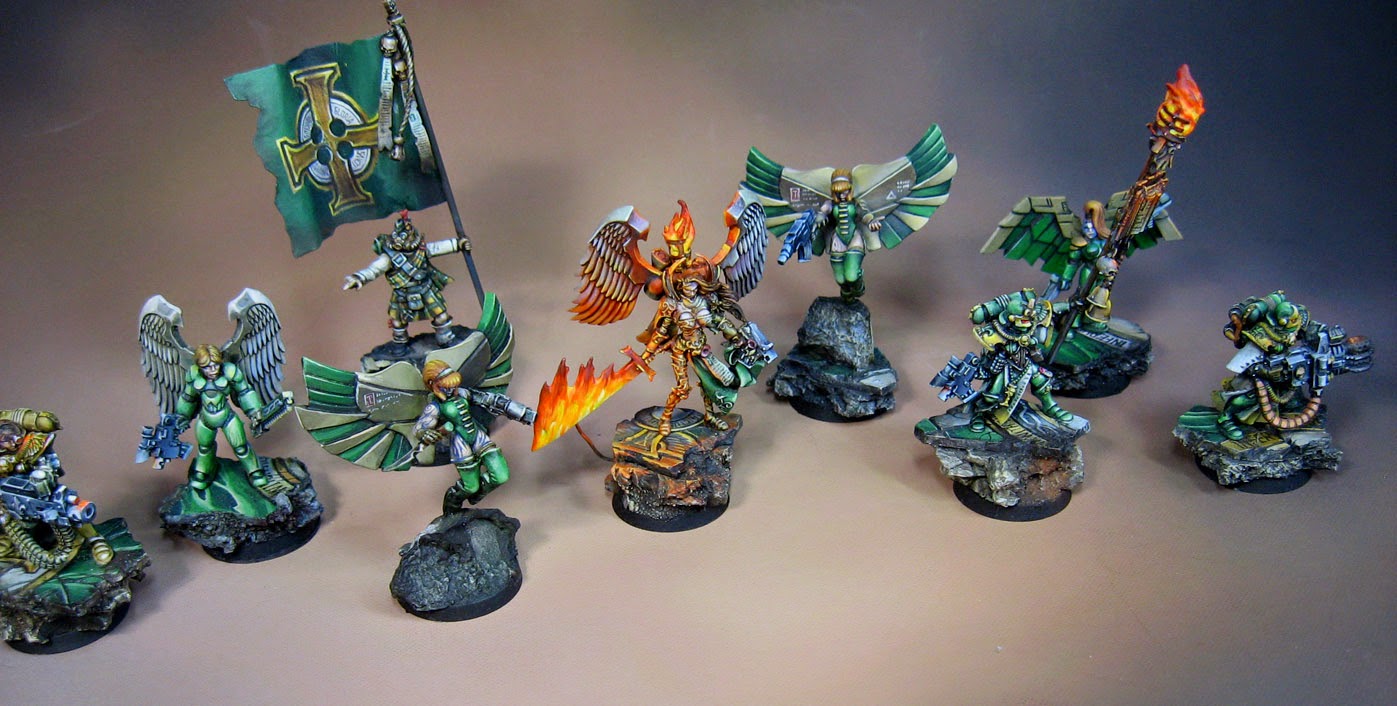 In this scene, we have some spectacular Secret Weapon ruined tanks.  Not only does it look fantastic, it make usable terrain!  You can even fit 30mm bases inside some of the wreckage. 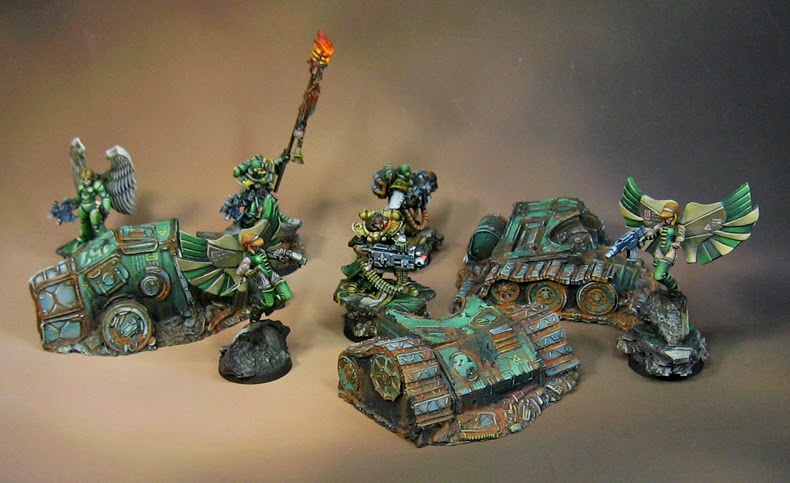 There are also a few pieces of Secret Weapon broken column basing materials on some of my bases. 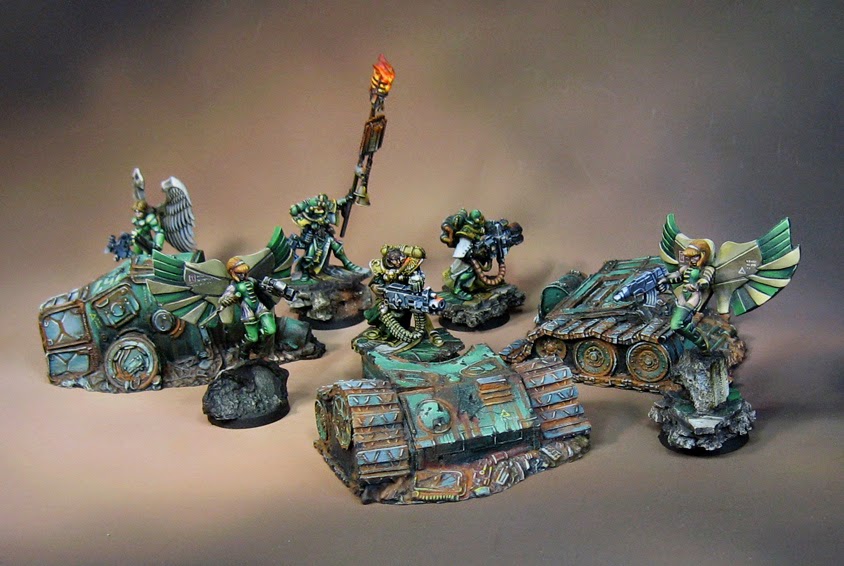 You can see that the Ruined Tank can block line of sight, and provide some actual cover. 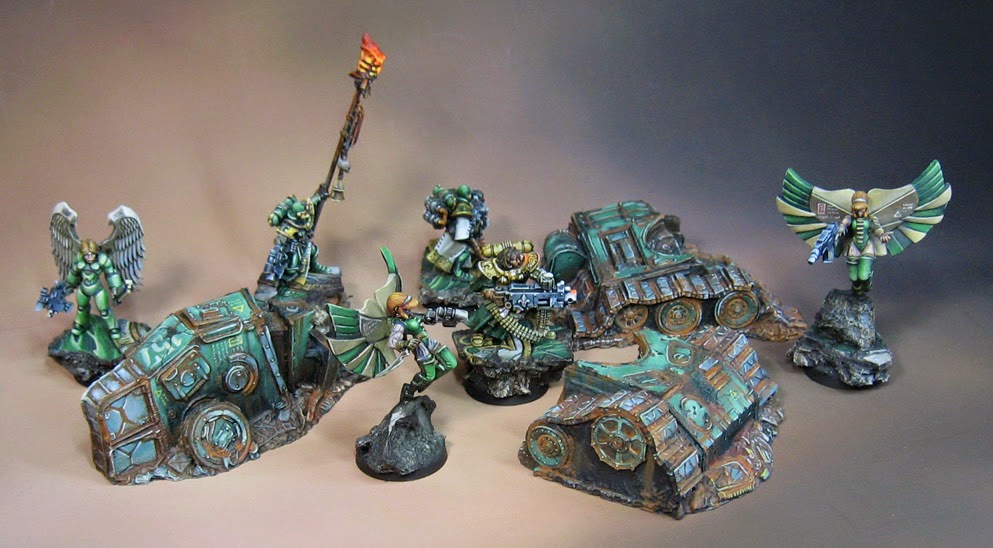 These miniatures are part of my Adepticon army that won the Best Painted last year.

You can see some of the Adepticon tournament army here: 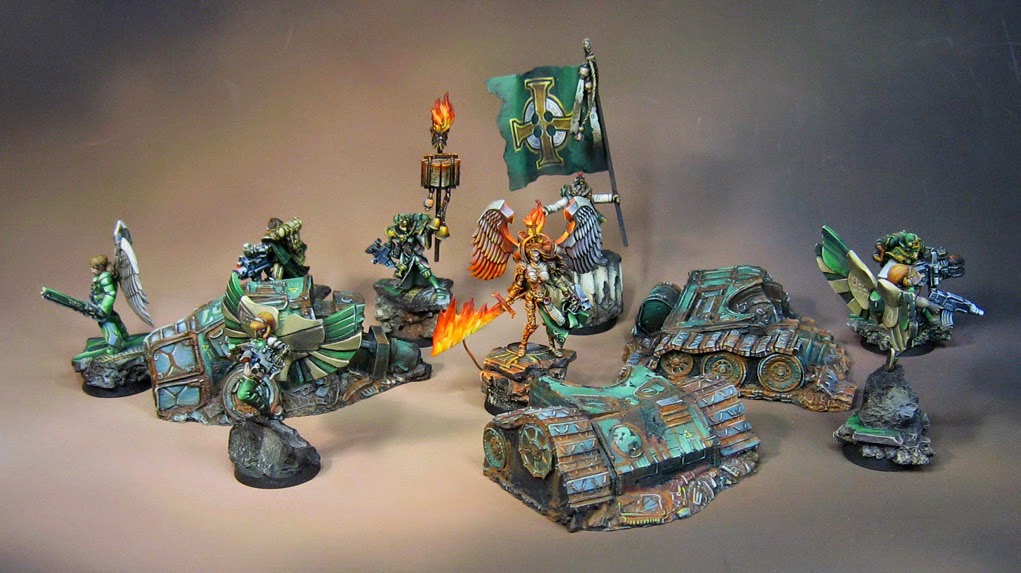 There are tons of conversions across the entire army.  Each squad had some, or the entirety of the squad was heavily converted. 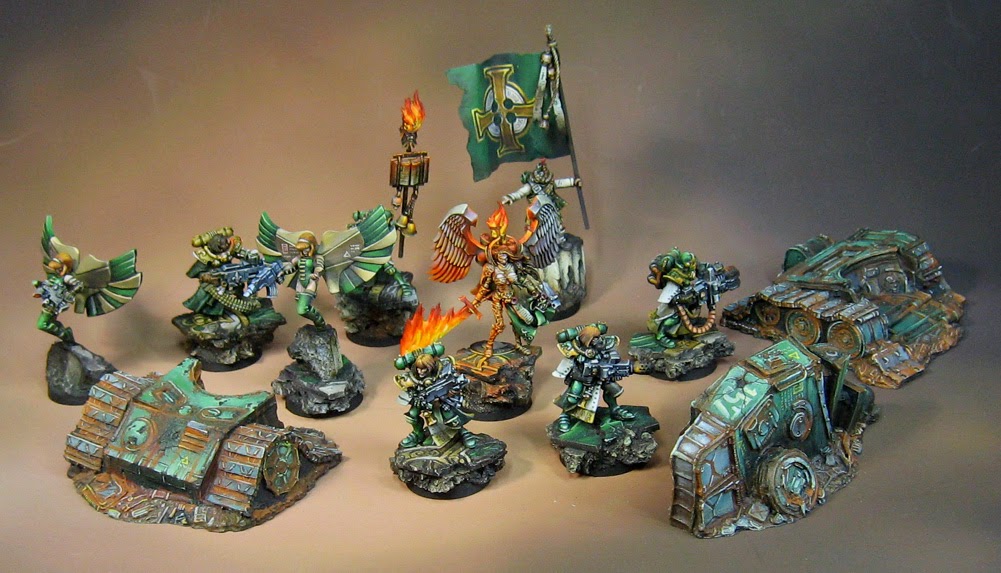 And some regular Imperial Guard:
http://wappellious.blogspot.com/2014/03/always-police-your-brass.html 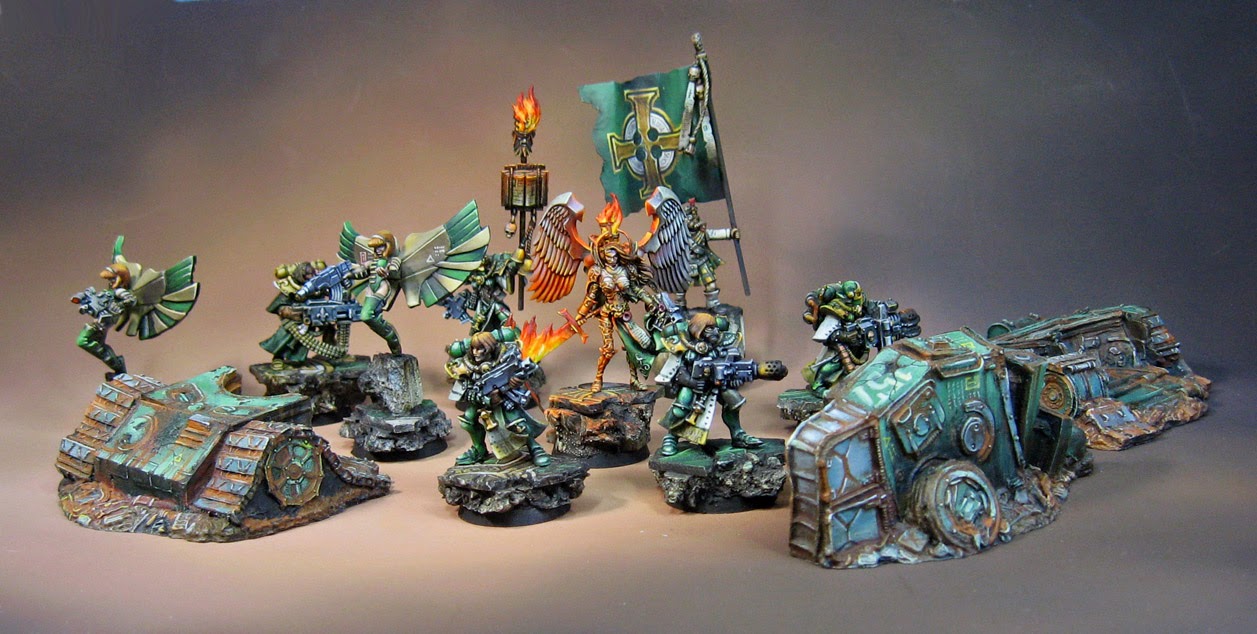 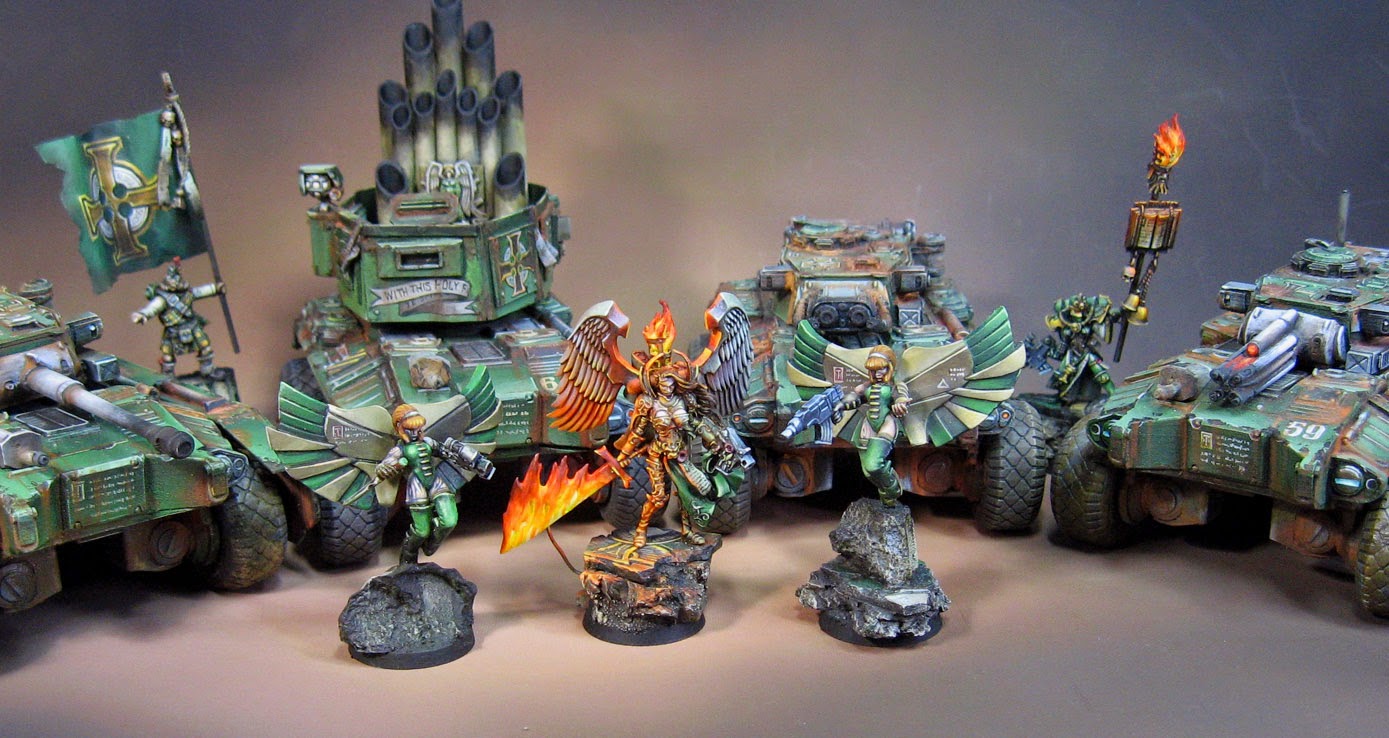