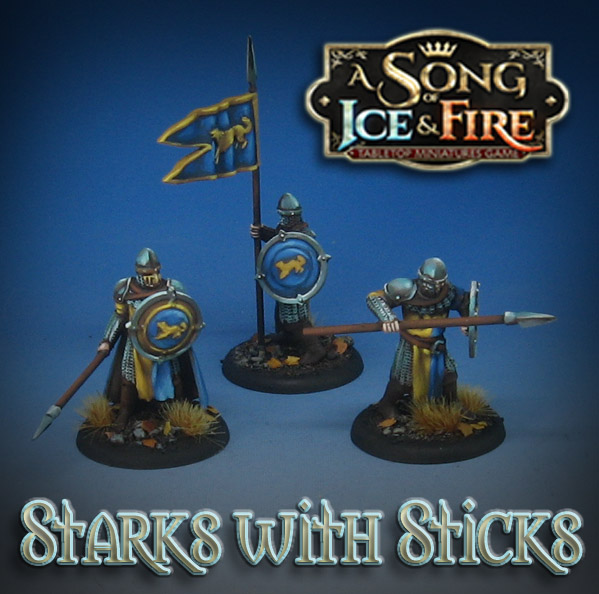 It seems that every time I discuss the Song of Ice and Fire miniatures with people, they ask if they could also be used for other things aside from SoIaF... and if they can be converted. 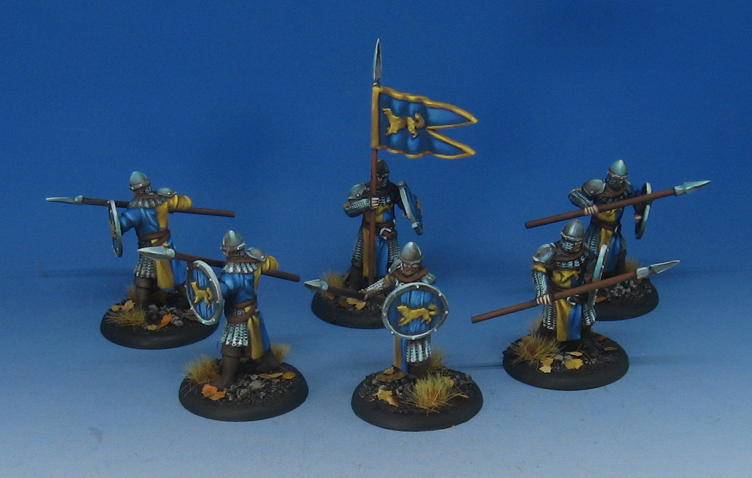 That made me curious, and when a project popped up which required such conversions, I thought that would give me a definitive answer! 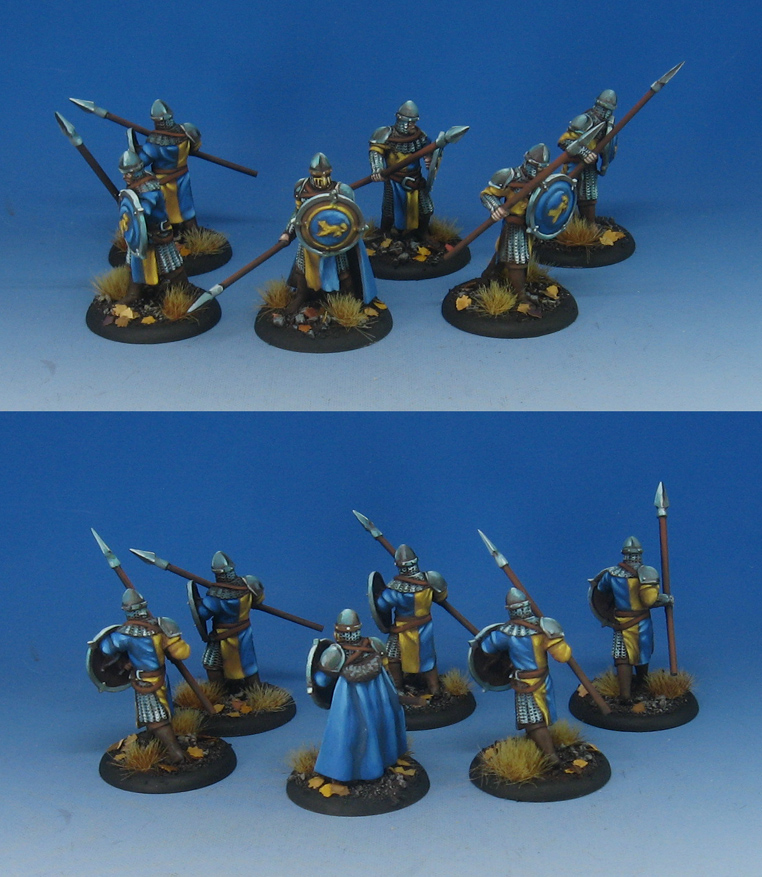 As you can see, it was not too much trouble to get some spears into the hands of the standard Stark swordsmen.  All that had to be done was to cut away the sword, place a pin in the hand, and then add the two sections of spear to either side.

I did shave down the pointy ends of the spears, as they were originally an odd shape.  With the pin running through the hand and into each end of the attached spears, they are very sturdy! 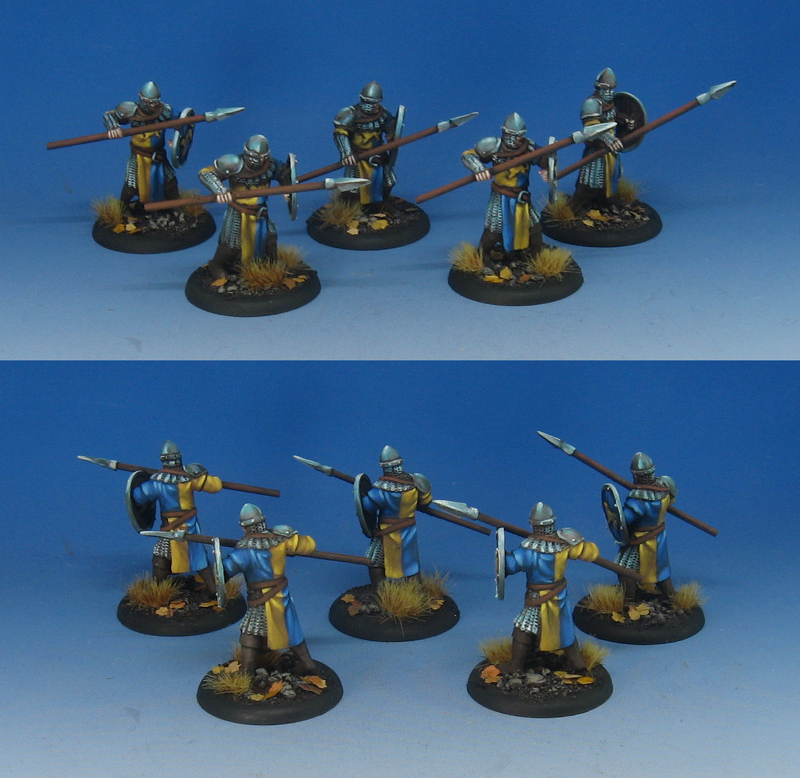 I was amazed at how natural they looked, on all three poses!  These were plastic spears from another game system, and this is part of a commission where the 'official' colors are not being used, but those of another story line created by the client. 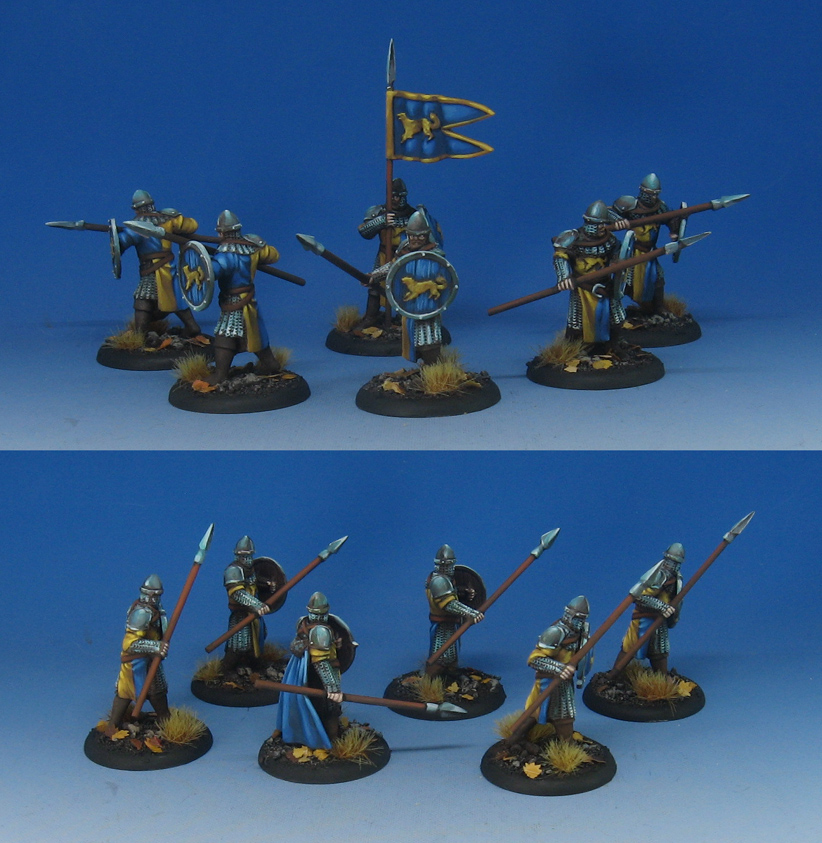 This reminds me that I have also been asked if these could potentially be used in more of a historical setting, and I think that answer is yes.  That is one reason behind the quartering of the colors on the tunics. 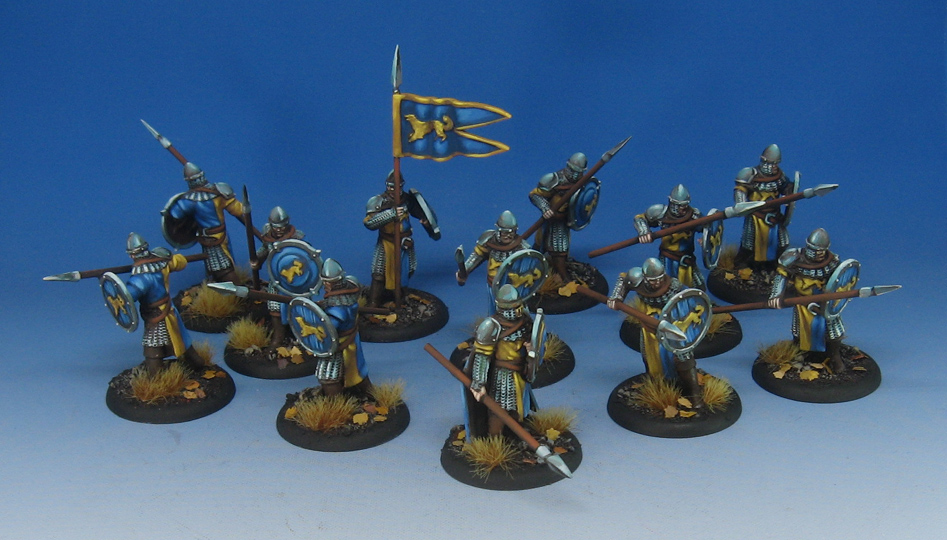 The purists need not worry, though, since I will be doing an entire Stark army in those standard colors.  This will be part of the Army Painter series available on the Patreon Page here: www.patreon.com/JamesWappel