Order in the Sunset Lands 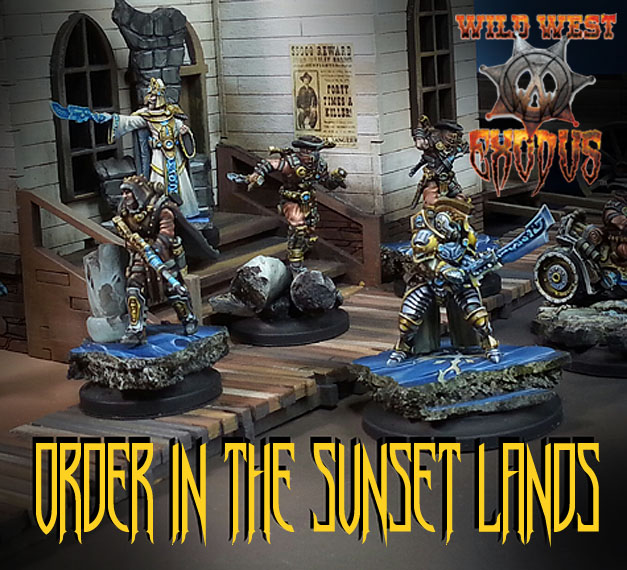 For the first time, the band is all together!!  Or at least most of it. 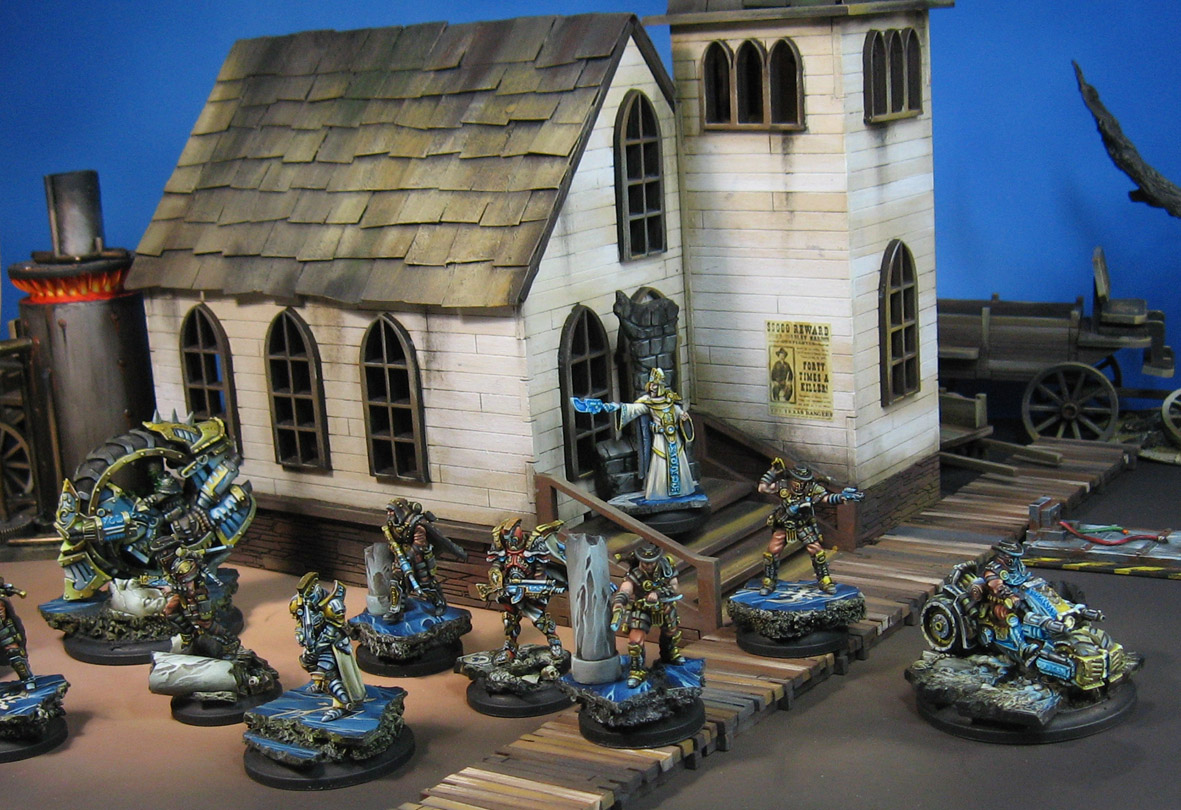 This is my Holy Order of Man posse as it stands right now.  There are some new characters being cast which will join them soon enough. 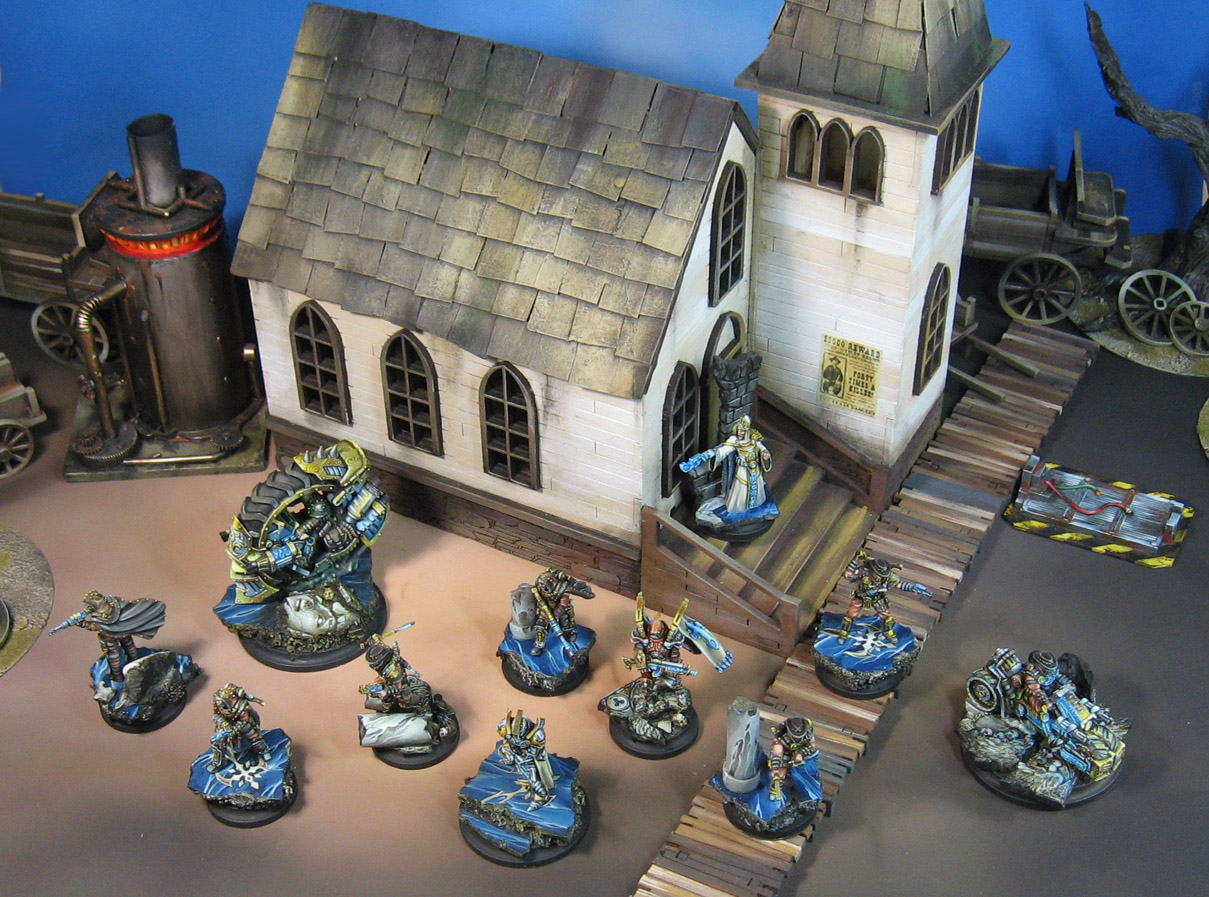 I have also added a second Tumbler, which is featured in this image.  For its point value and what it does, I see it as absolutely vital for Holy Order.  If this can go through the upcoming portals, so much the better!! 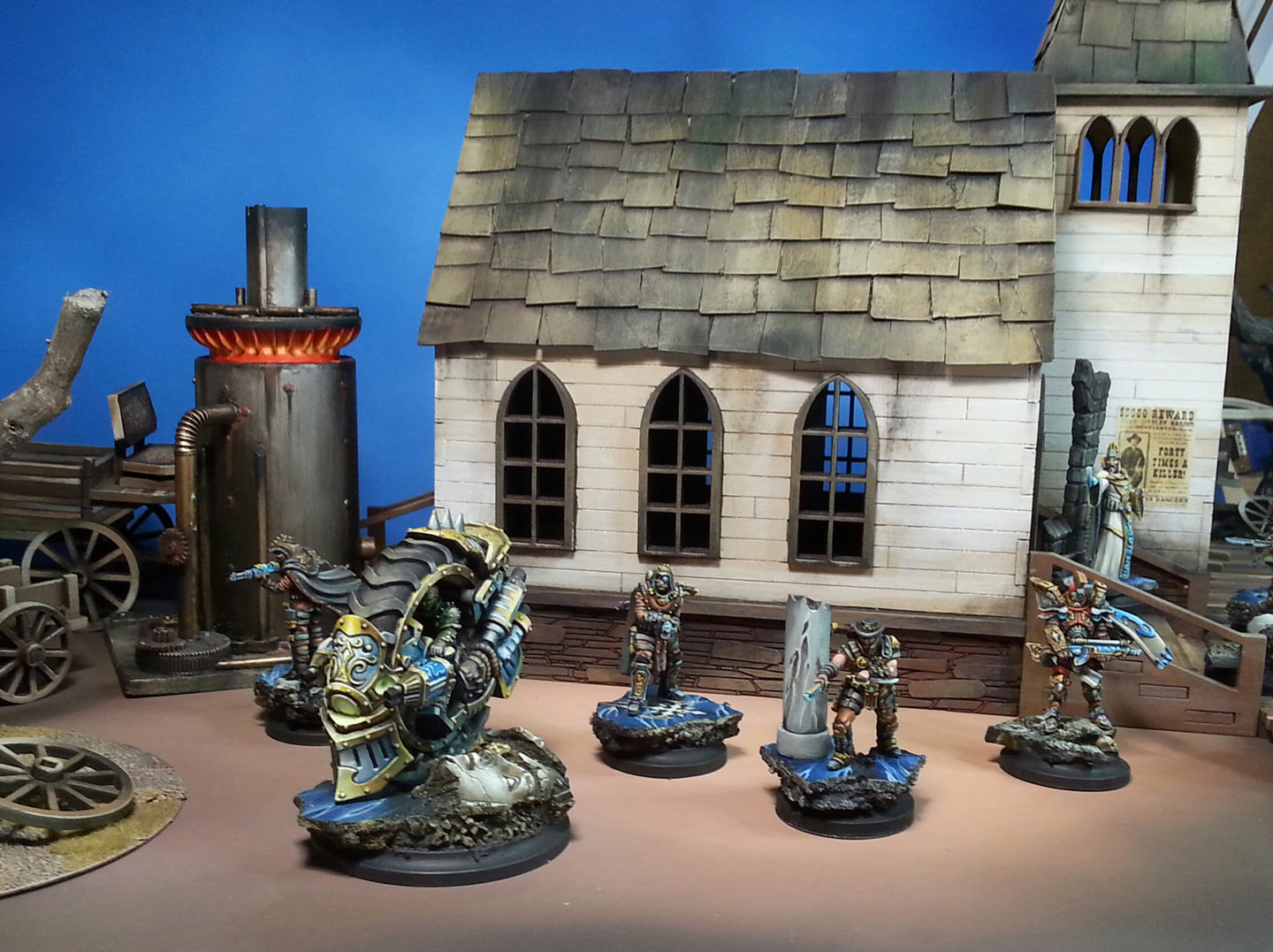 We have some of the "Brain Trust" of the Holy Orders, with Sircan Abner as the boss, and some key underbosses.

These folks are important, because their combined 'buffs' make those Spica hired hands that you see as powerful as many characters. 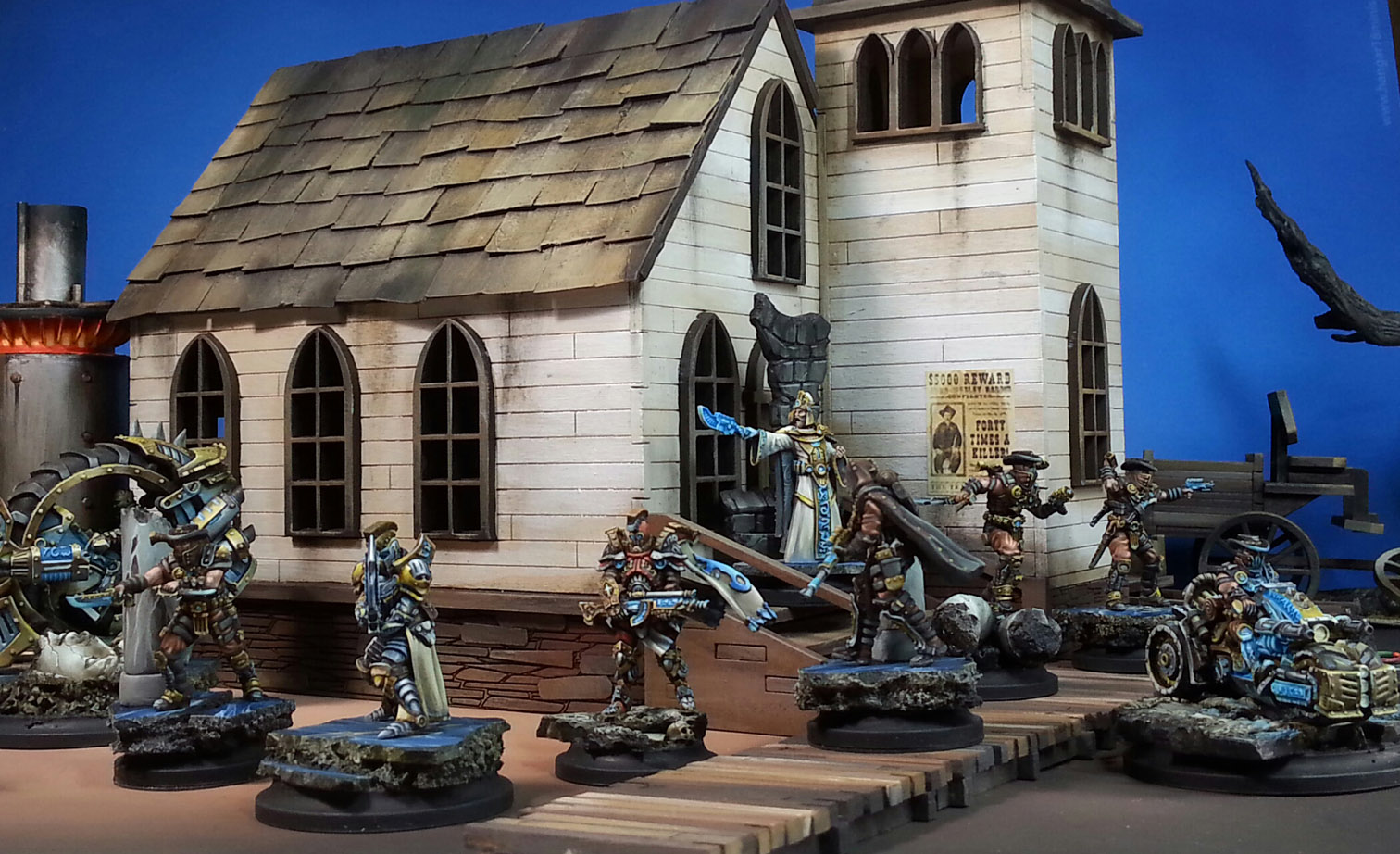 You are seeing quite a few points right here, so these folks are going to be outnumbered, sometimes 3 to 1.  It will be a real challenge to play them. 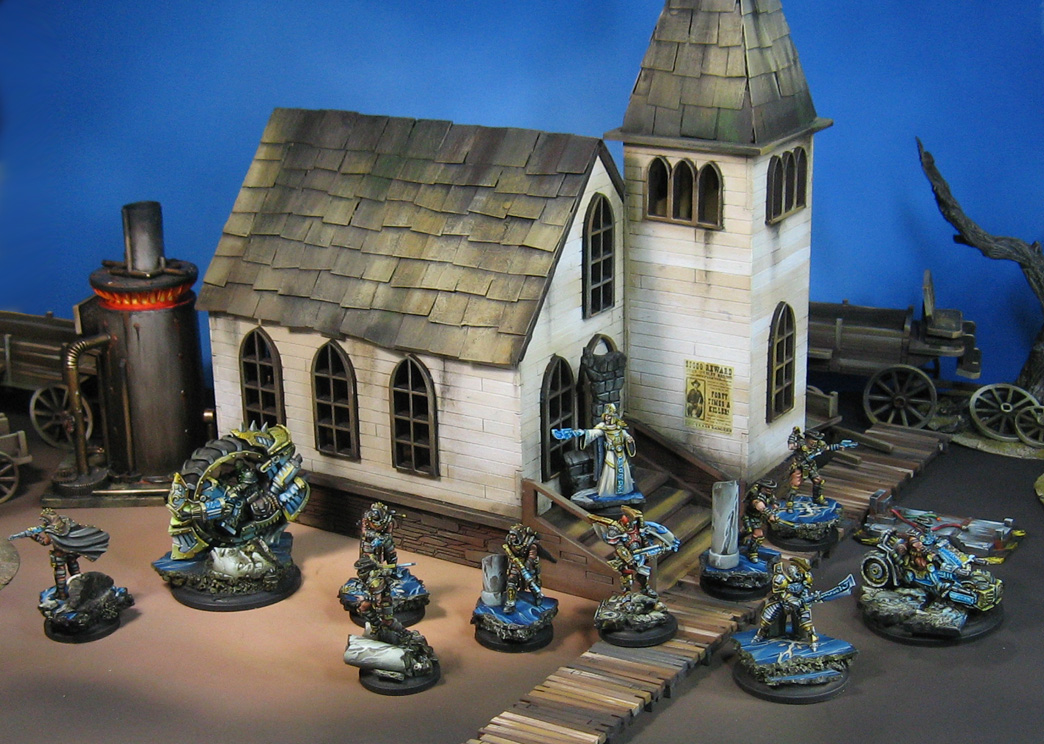 Use of cover and terrain will be vital, utilizing their Spirit Aim. 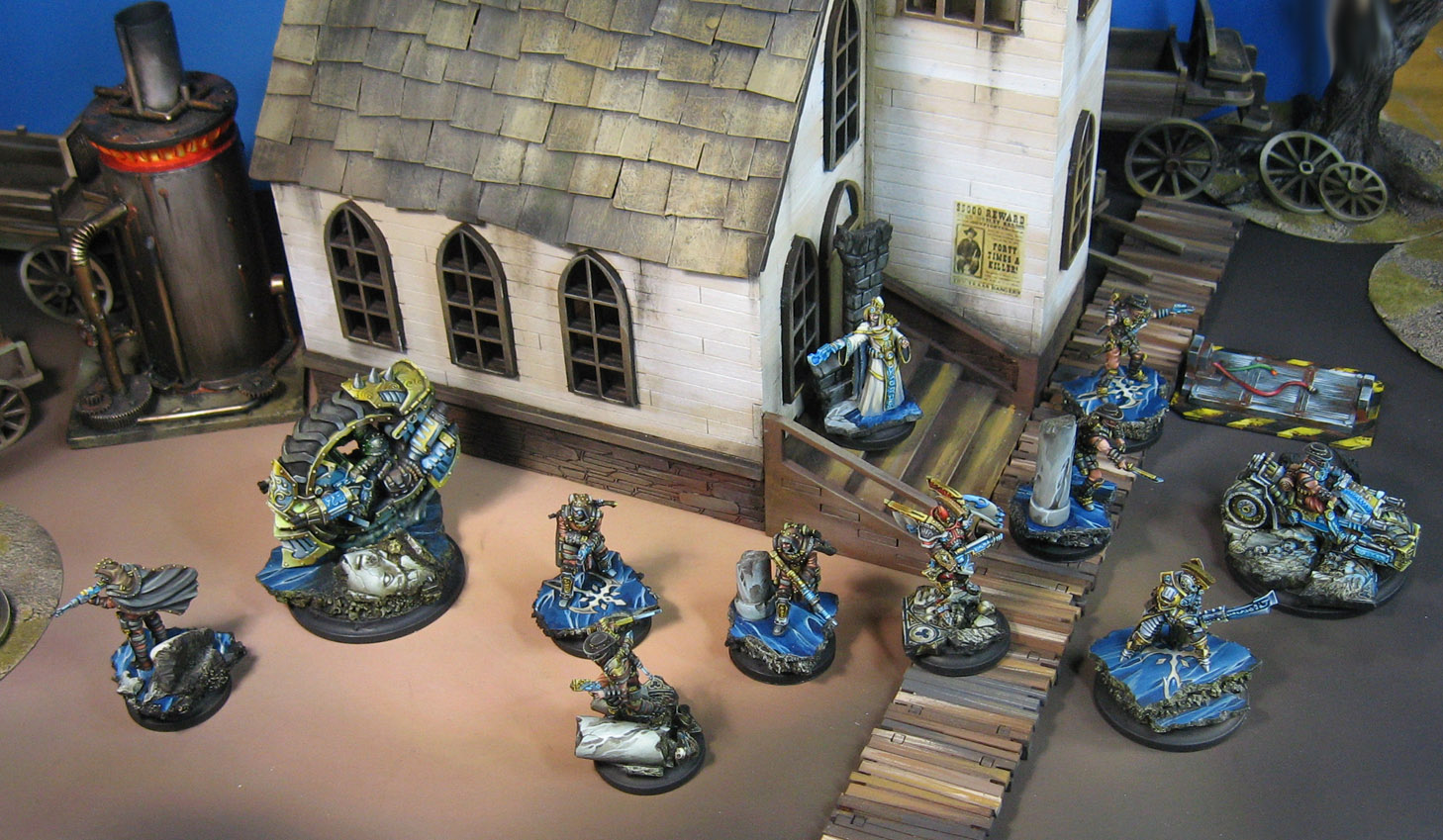 I am also considering adding some of the Wayward Eight mercenaries to this posse, as they are among the only mercs to stand alongside this ancient Order. 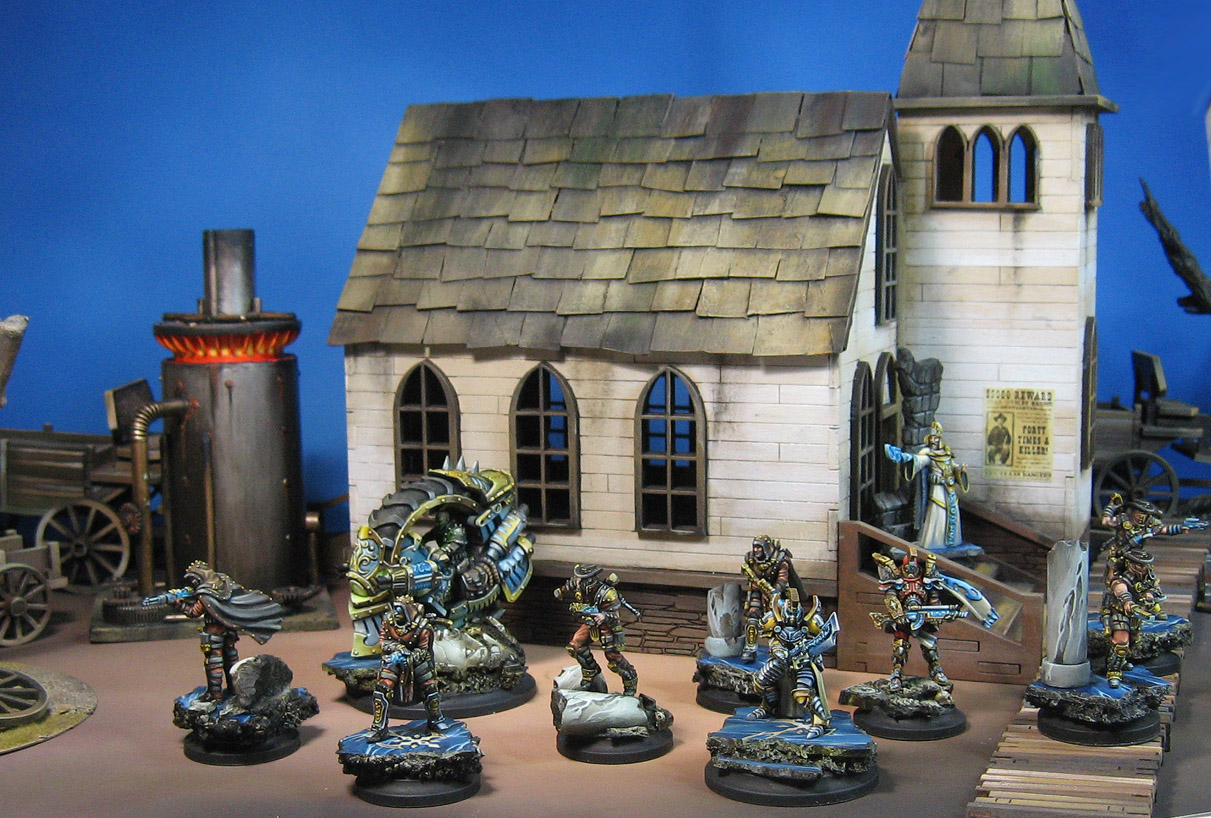 I have a few additional versions of those Wayward Eight, so I will base and paint them very differently from the 'usual' versions.  Based on the temple style you see here, and with white clothing. 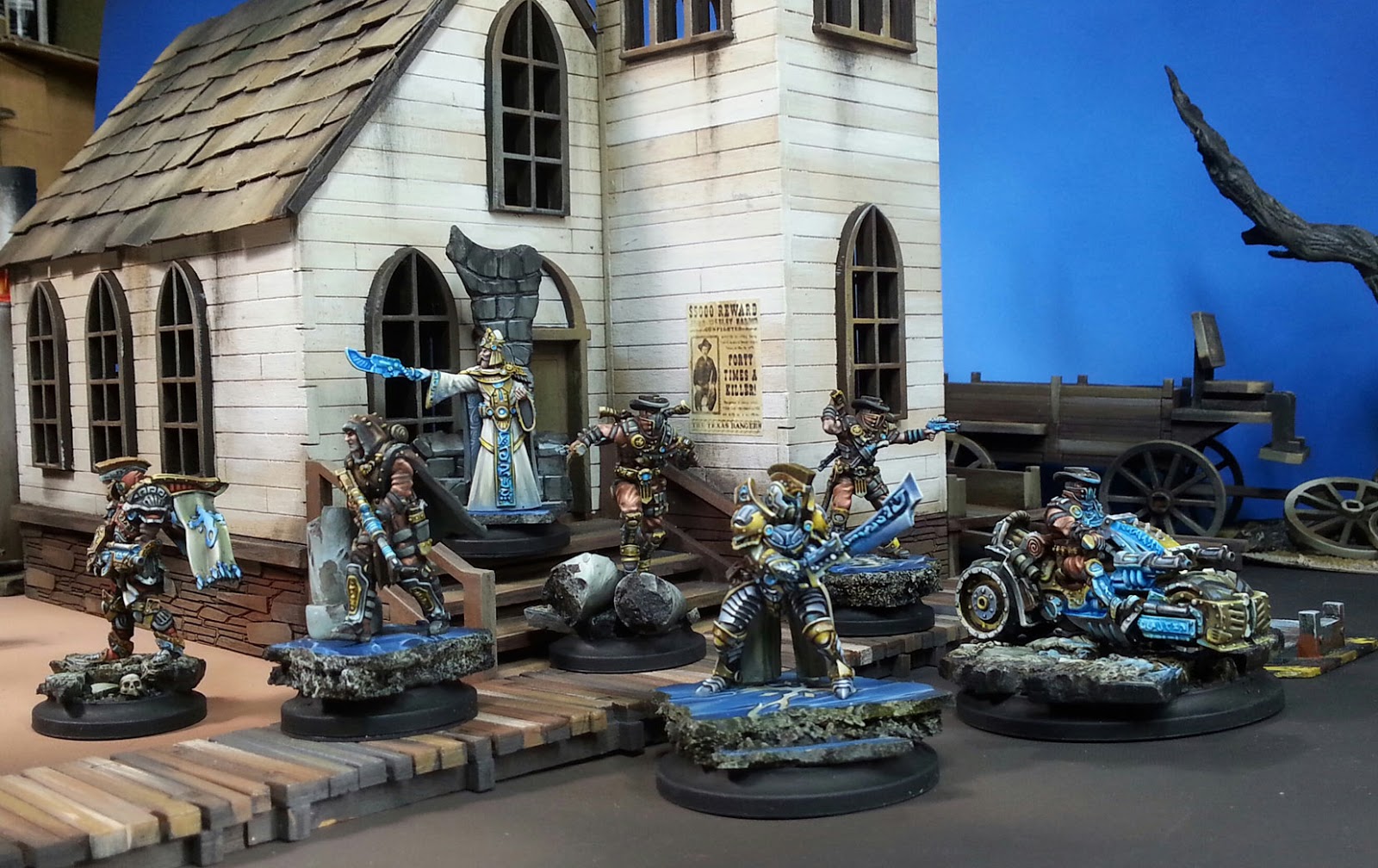 Posted by wappellious at 8:11 PM No comments: