Running on a strong platform 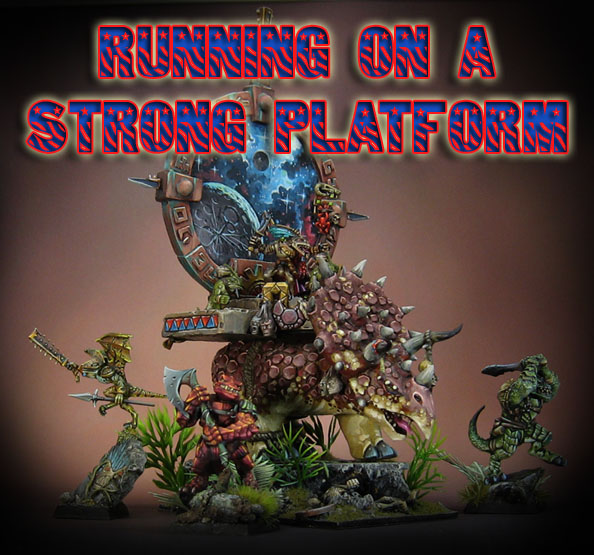 I thought it might be fun to see some of the new Salamander figures with my old scratch sculpted Engine of the Gods, which will now be my Ankylodon battle platform! 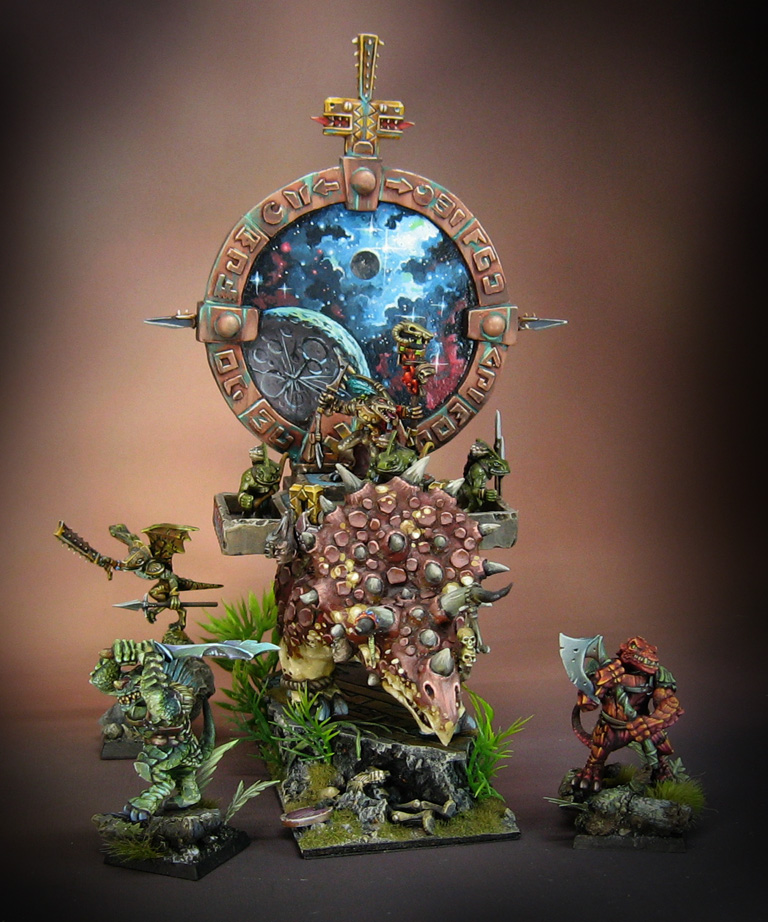 The portal section can be removed from the howdah if I am doing the blowpipe version.  I don't know where I have the two pipes that I made for this machine, but they are somewhere.

There are two stands set up for them right behind the head crest. 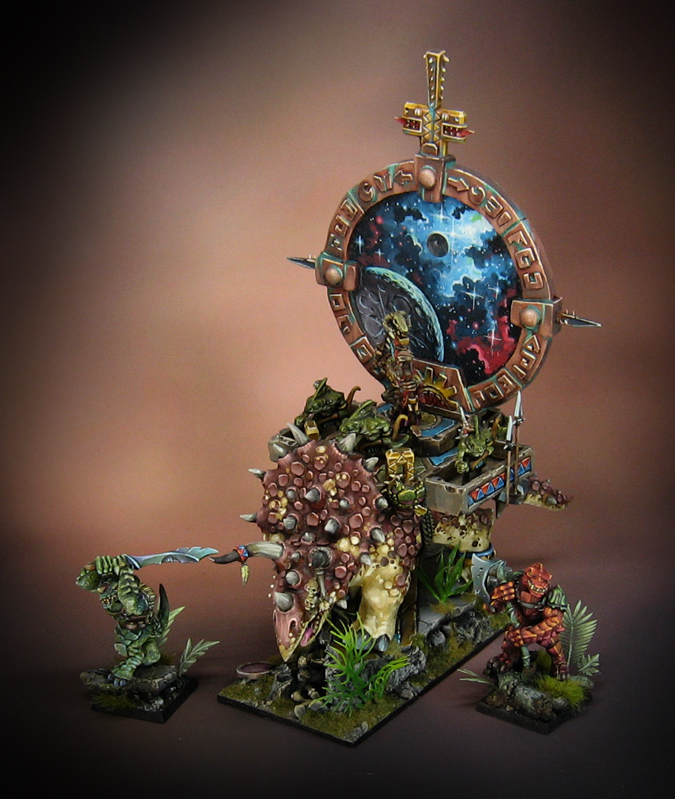 The Dino is made from sculpey, Apoxy sculpt and green stuff. 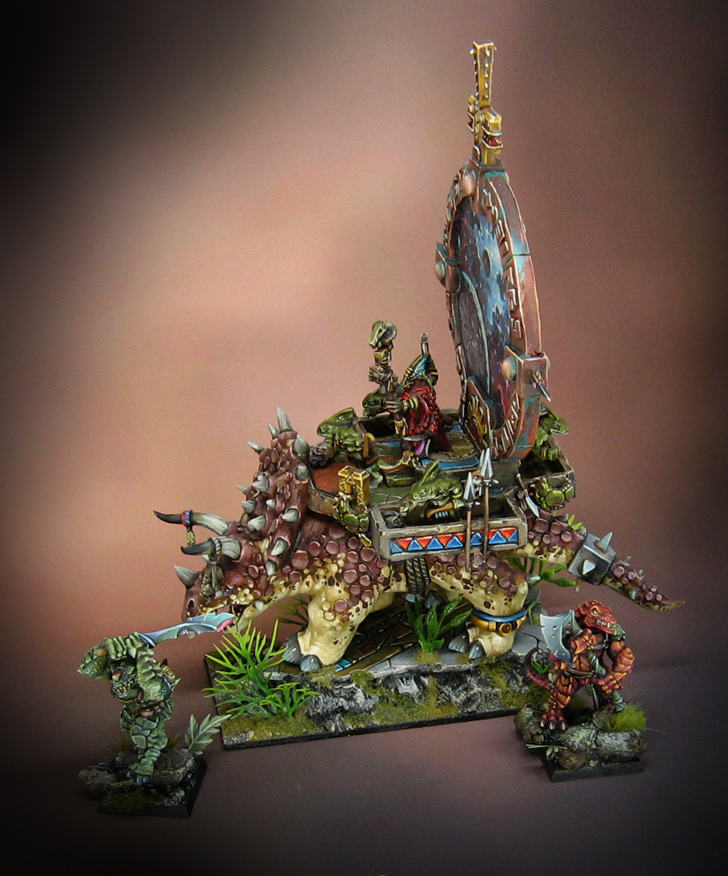 It was very fun painting each side of the portal!!! 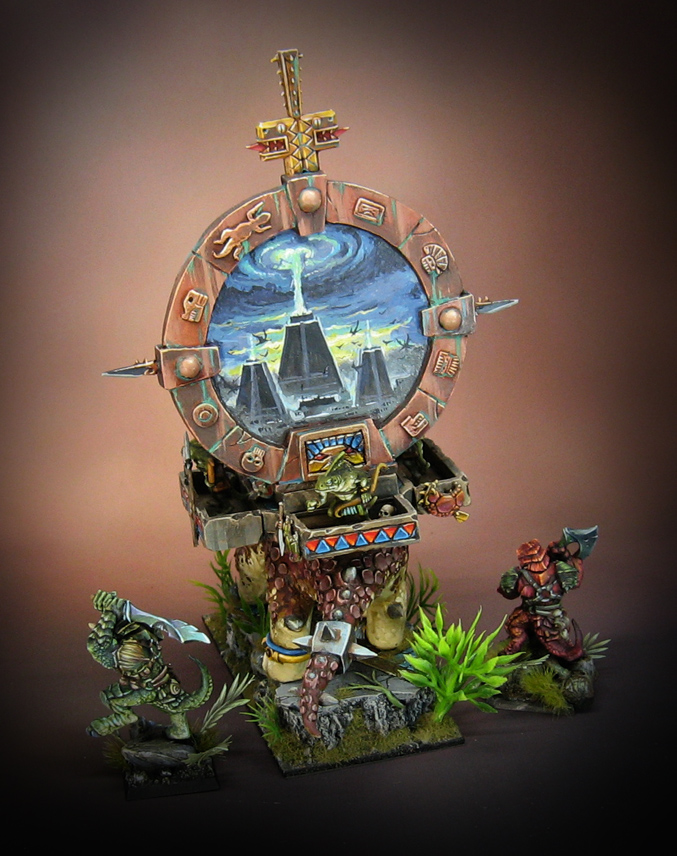 Here are some images of the scratch builds!!! 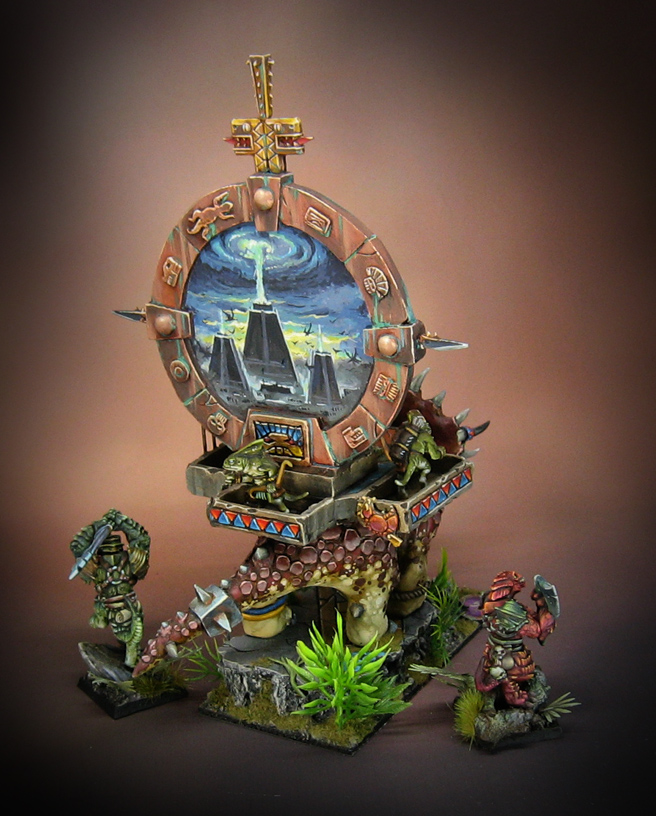 I used some of the older Skink archer figures as crew, since I had to fit five of them in the howdah, as well as the Skink Priest. 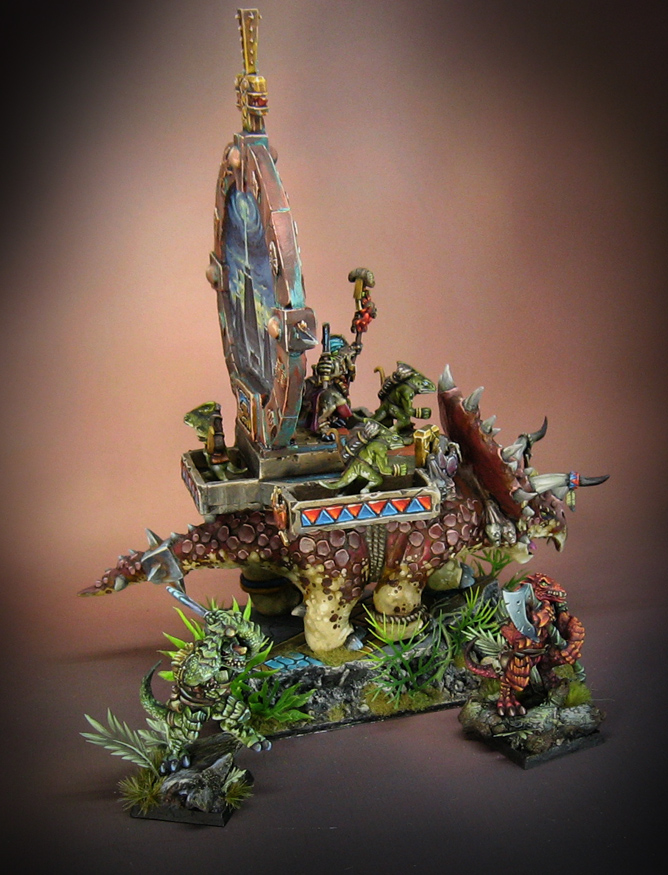 Now for some closer views to see what this looks like next to the heftier Mantic Salamanders.

My original Lizardman army had no Saurus in it at all, as it was meant to be a Temple Restoration crew.  Lots of Skinks, Kroxigors, and the Engines.  Some moved the heavy stuff, while the Skinks restored all the glyphs, etc. 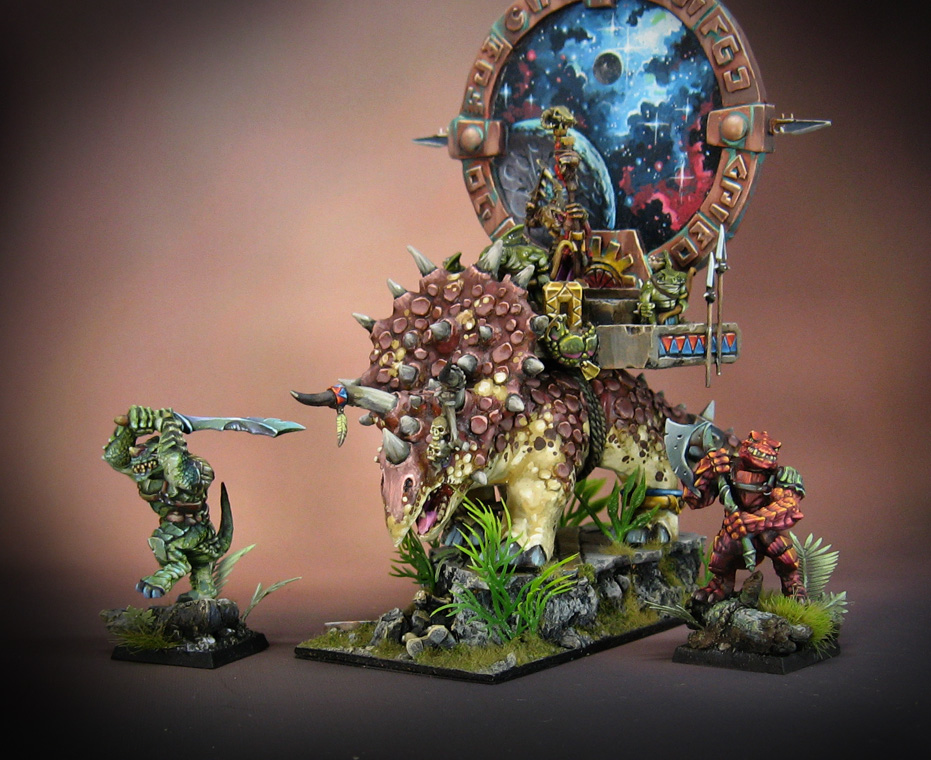 It should be quite the Monster Mash once I have the second Fire Drake finished!  Having three big beasties backing up large Salamander units should be fun. 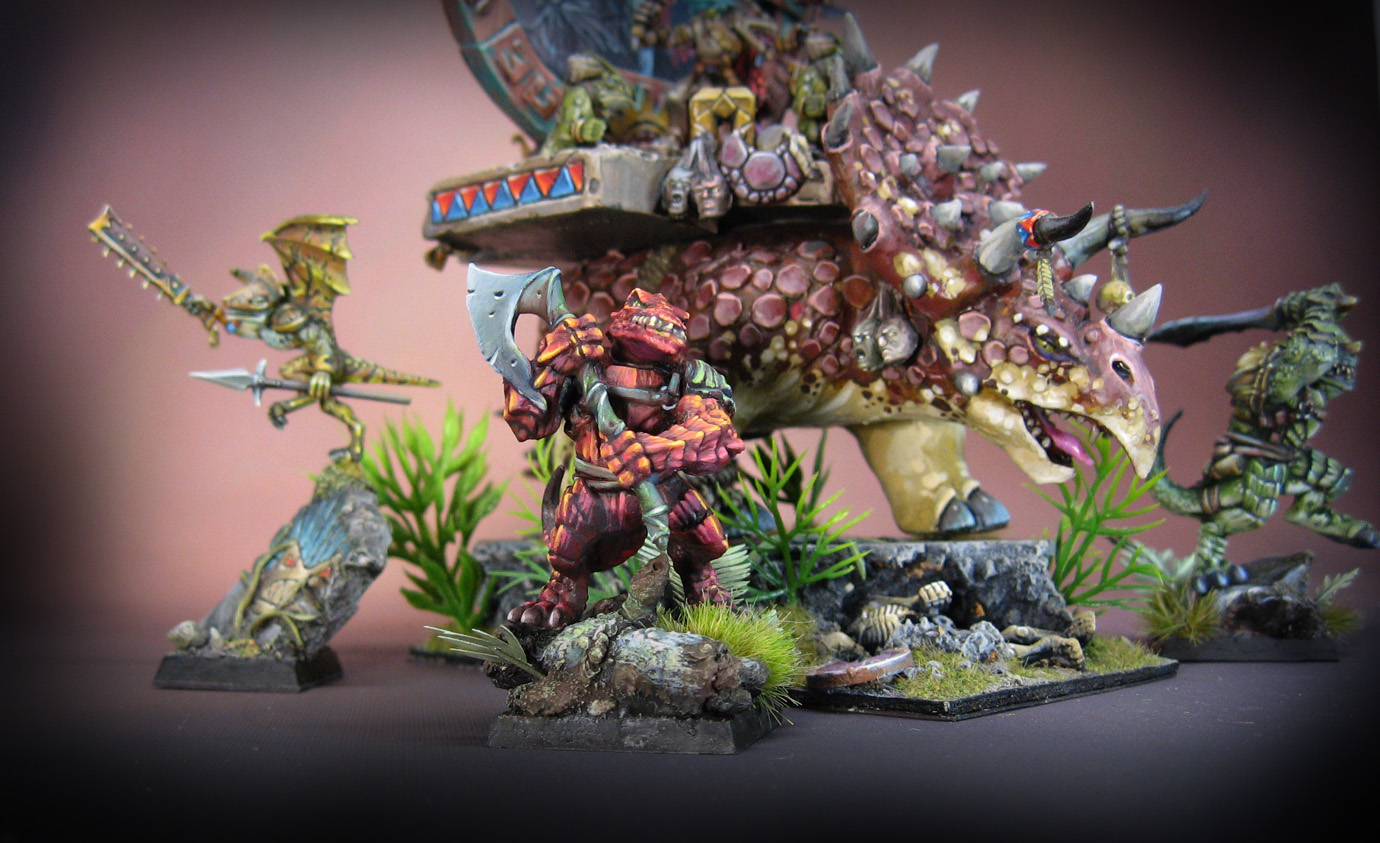 Of course, I still must find a way to include Stikki Wikkit! 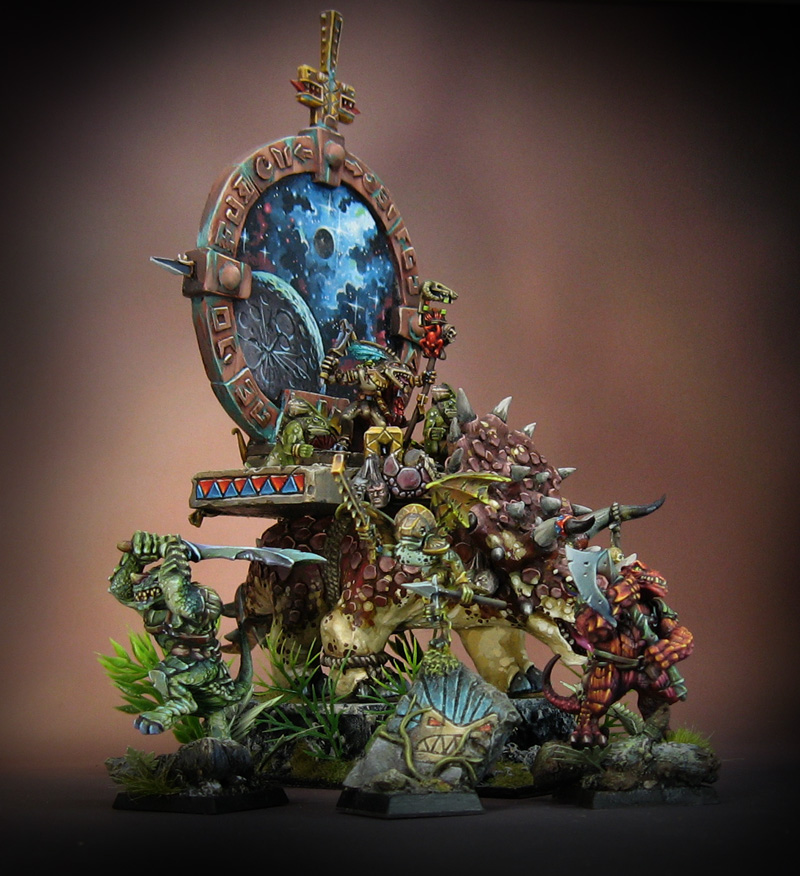 I am quite sure at this stage that I will be using the Firebolt version of the platform, at least to start. 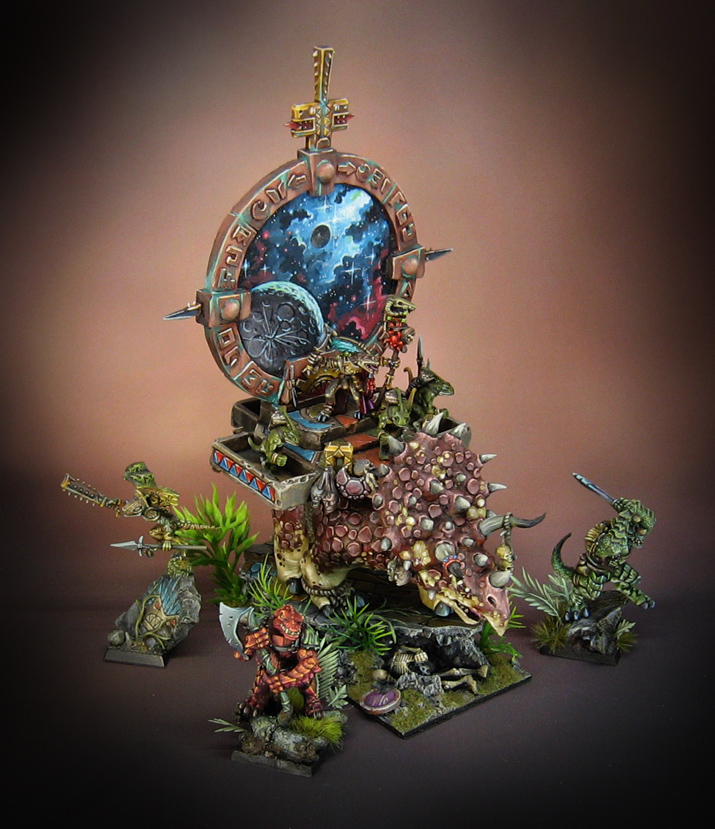 I'll be showing more of the old Lizzies that will be moving on to become part of the Salamander army, so stay tuned!! 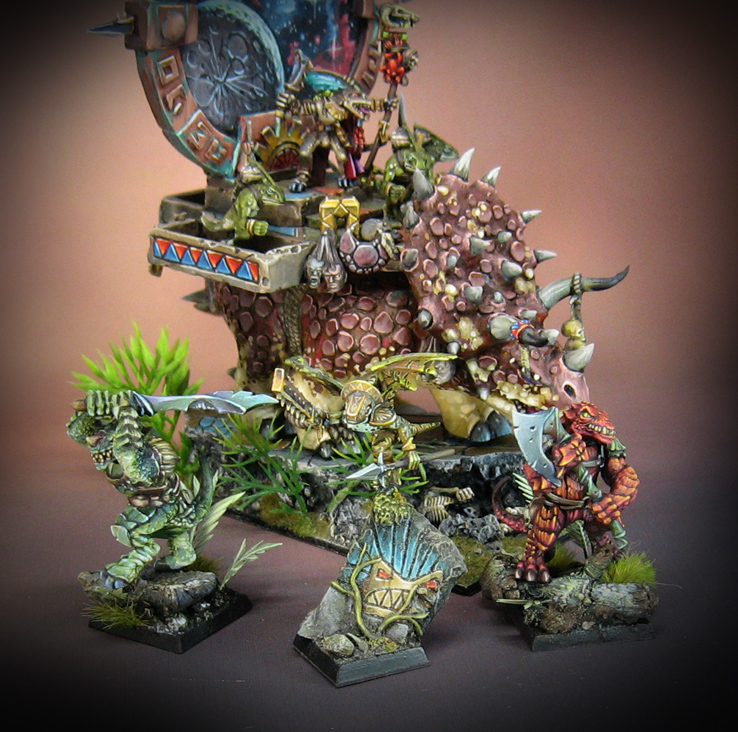 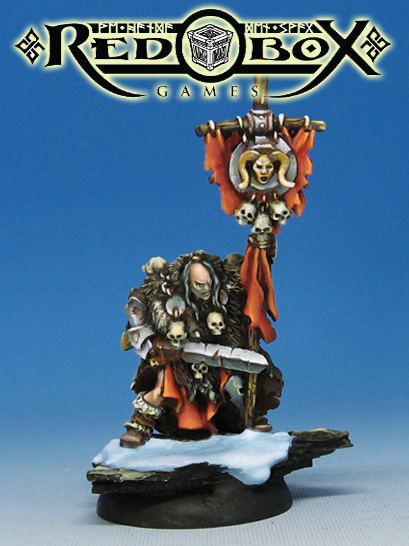 I have a new unit of Red Box Games that will gradually make an appearance here, starting off with this banner.

All of these elite warriors have hefty armor and fur cloaks.  They would certainly make some interesting figures for a Kings of War army!