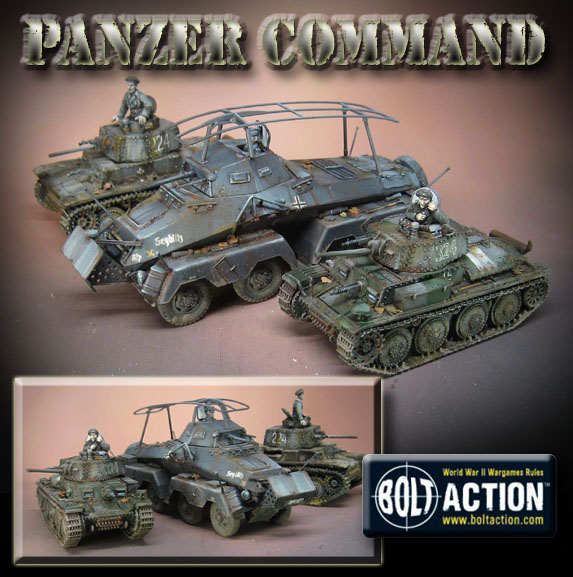 The early war German force grows more complete each day, and there are a few more additions ready for action in the next Battle Report!! 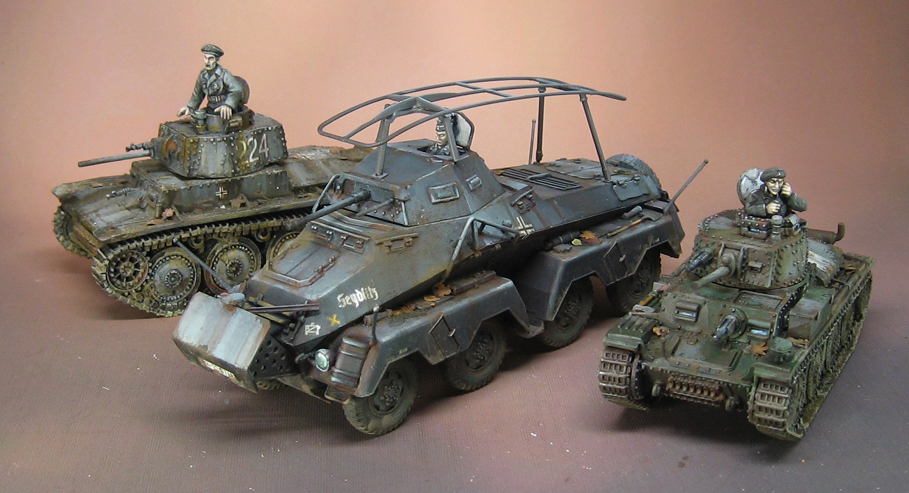 The Panzer 38T (on the left) is an older resin/metal kit from Warlord which I painted in a live session a while back when I was first getting used to oils: 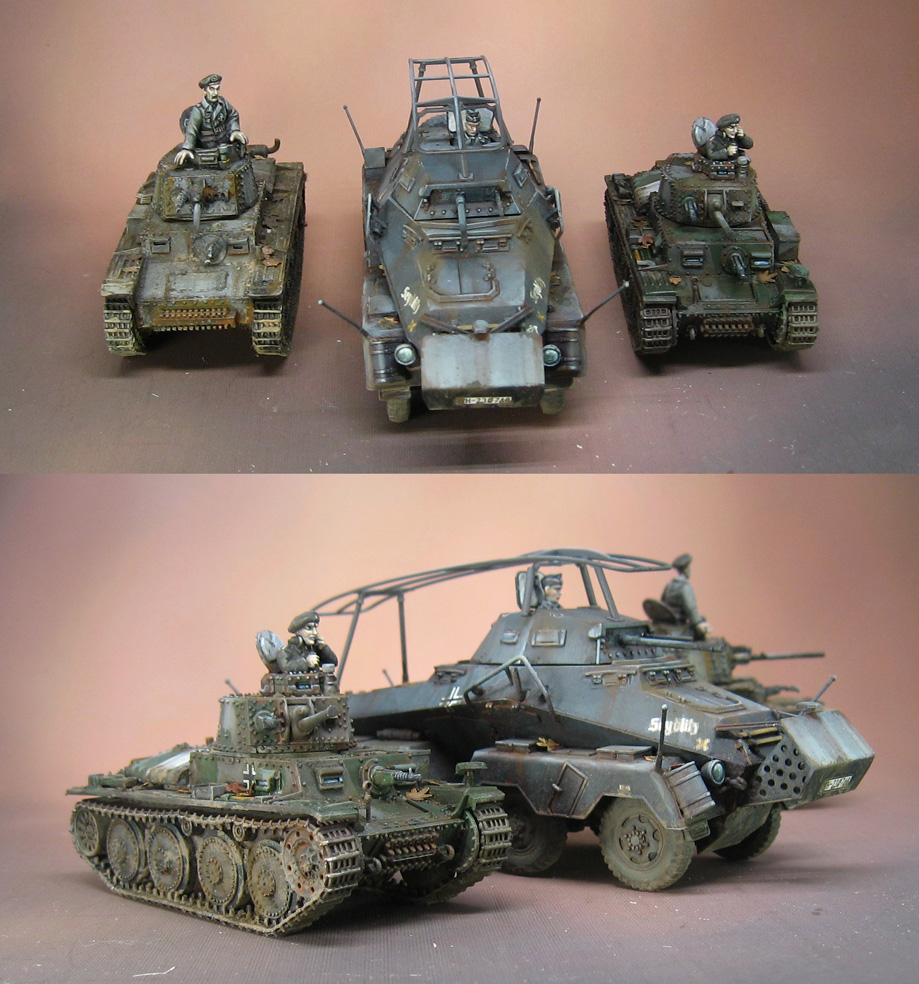 The SDK fz 232 in the center will act as a command vehicle in the battle.  I had a lot of fun painting that, using the Secret Weapon Weathering Paints.  That's one that I had been looking forward to getting done for quite a while. 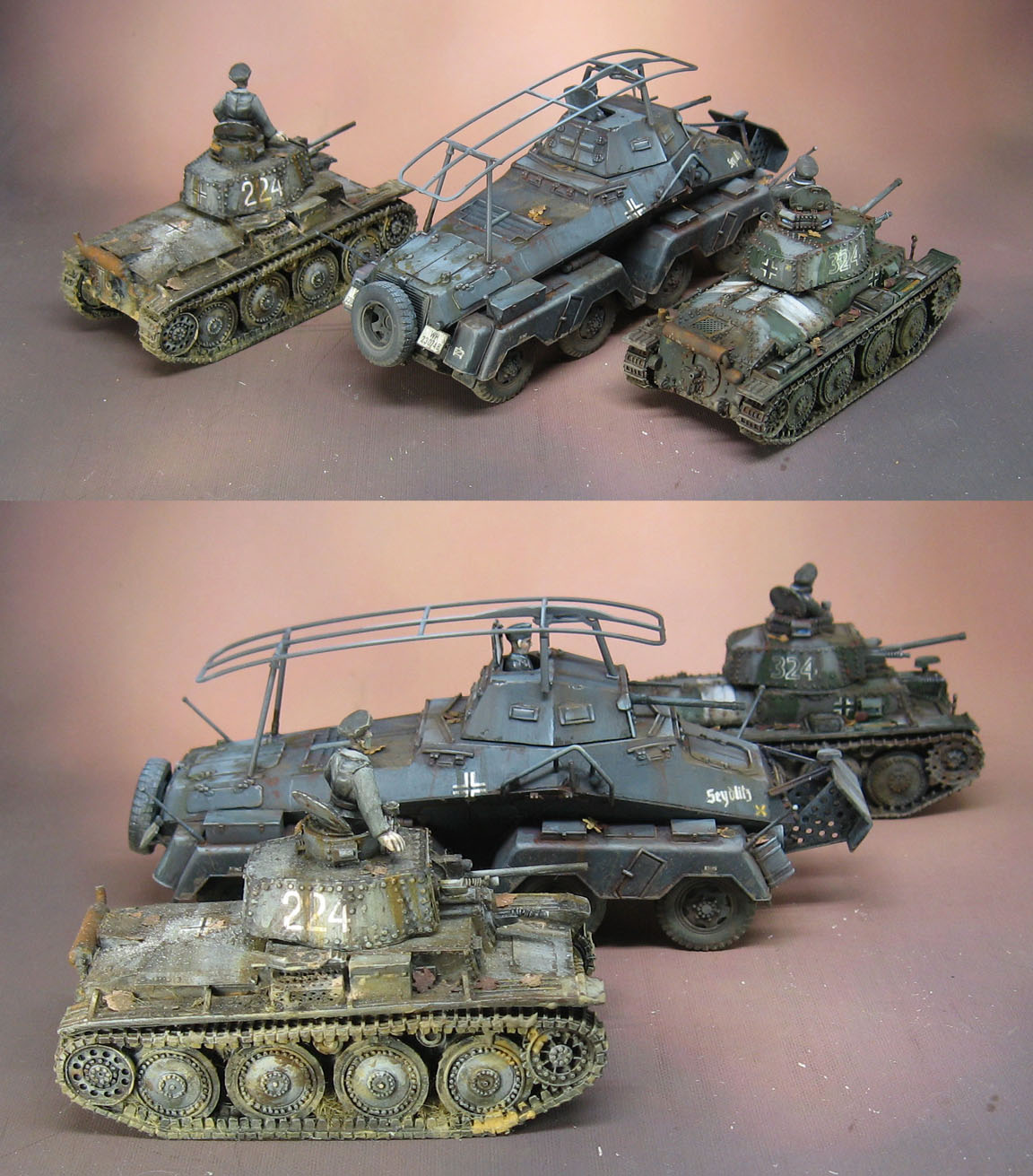 The radio antennae assembly comes off, so that I can rotate the turret.  There were a LOT of decals to put on that bugger!  It will be nice to have an armored car which is not open topped.  No random pins from small arms fire. 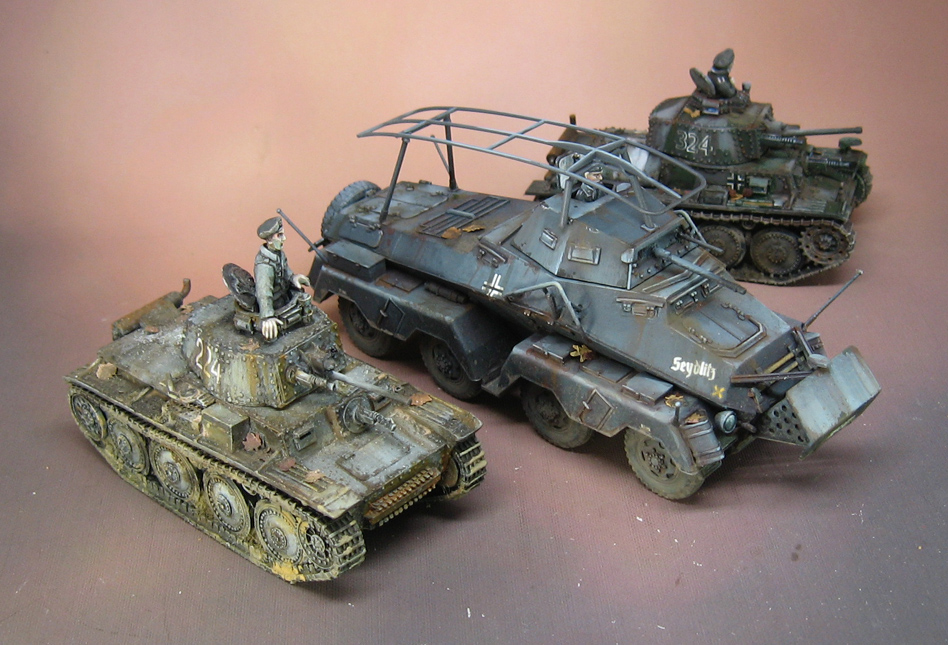 The Panzer 38T on the right is part of the new Platoon Box set from Warlord Games, which allows you to construct a number of versions of the Czech produced tank. 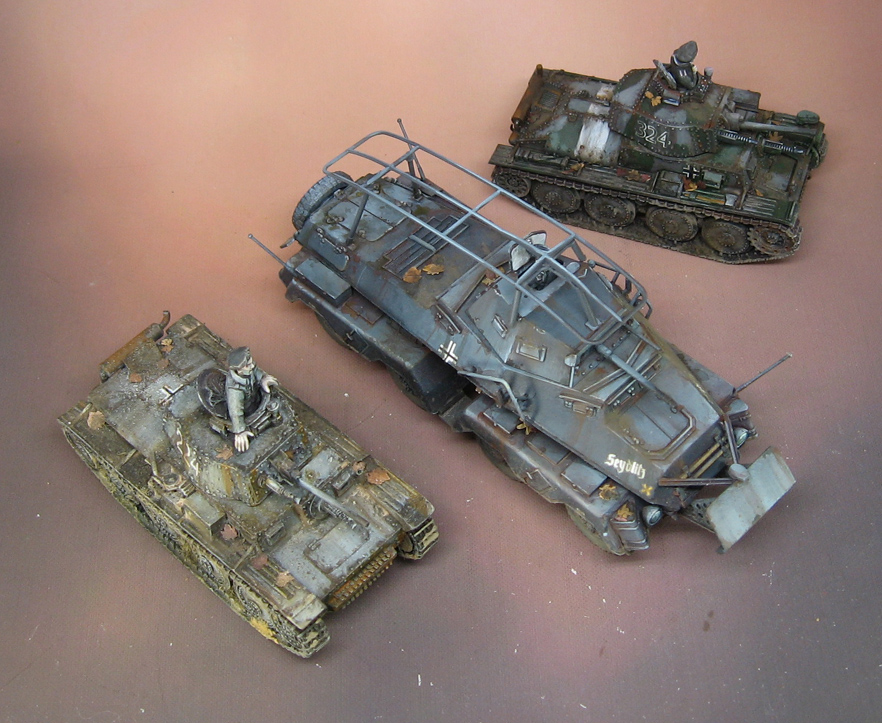 I painted that in the colors of the 7th Panzer division in France 1940, for obvious reasons.  I will be painting the other two versions in the box in winter and desert schemes for different theatres. 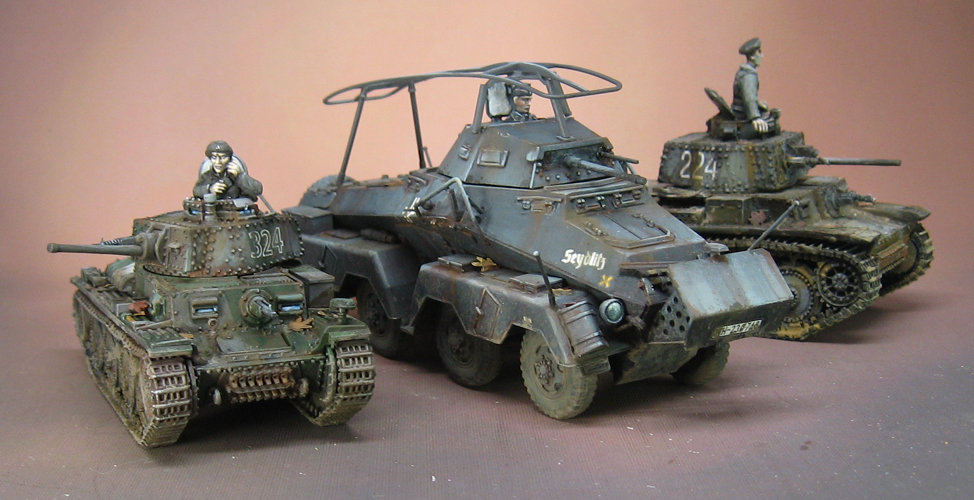 You can check out this YouTube live session in which that Panzer 38T was painted! 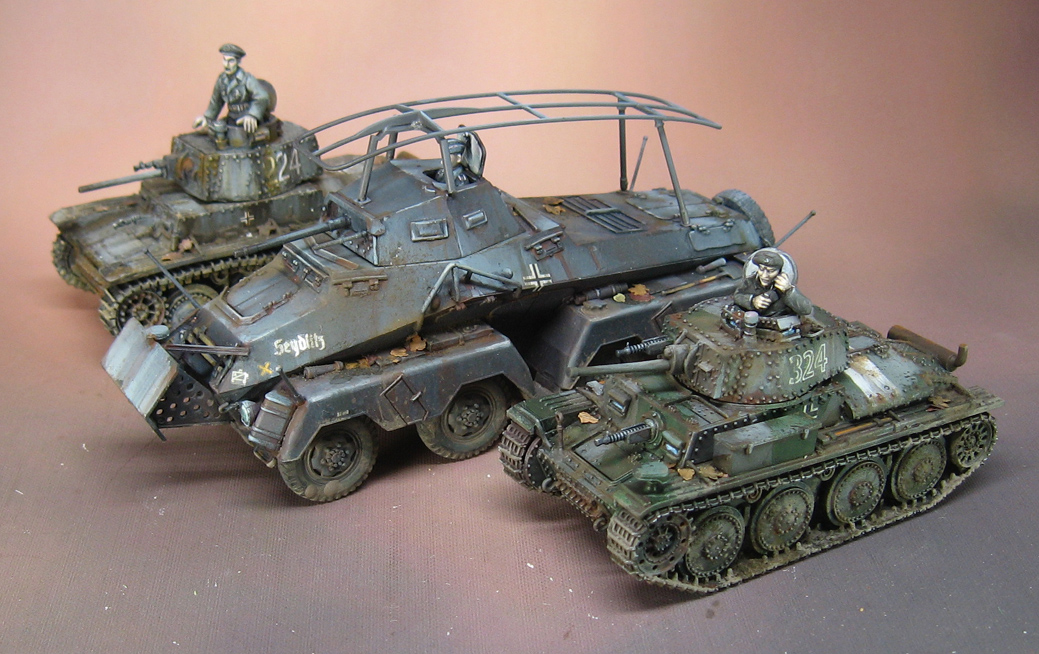 Posted by wappellious at 1:06 PM 2 comments: