Bringing in the BEF 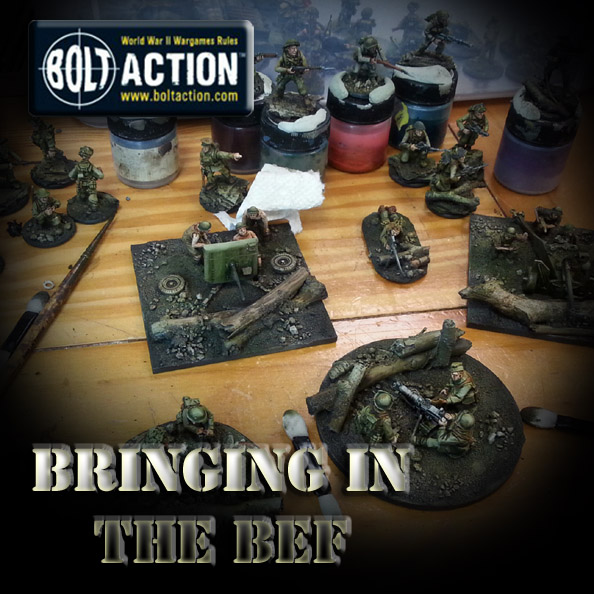 Here's a brief set of images that I shot while I was working on the BEF... the glazing phase. 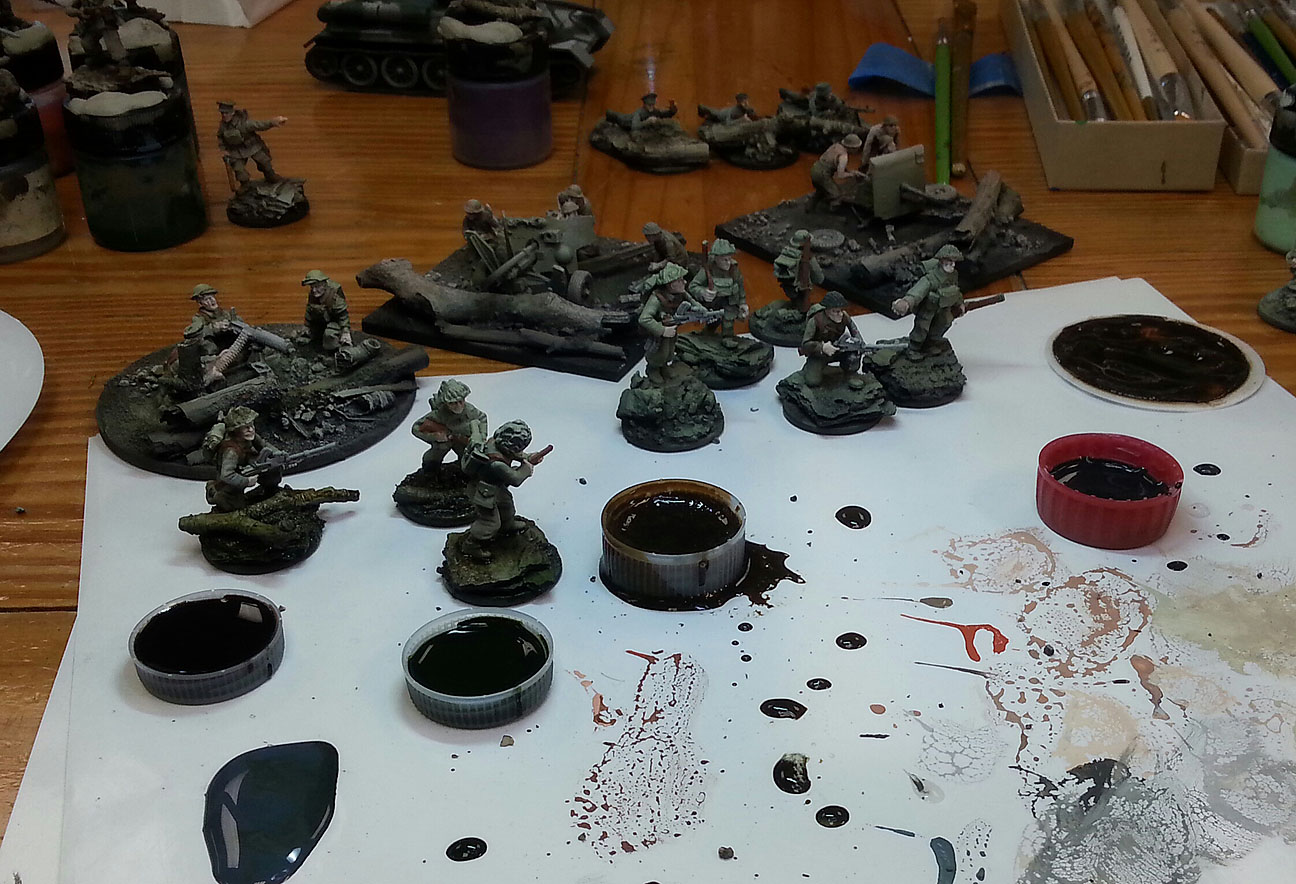 Most of you should be very familiar with the concept of the Shaded Basecoat technique.  This involves working rapidly, across many figures at once, starting with lighter colors and working all the way towards highlights.  The subsequent stage is glazing, where those colors are shaded, tinted as needed. 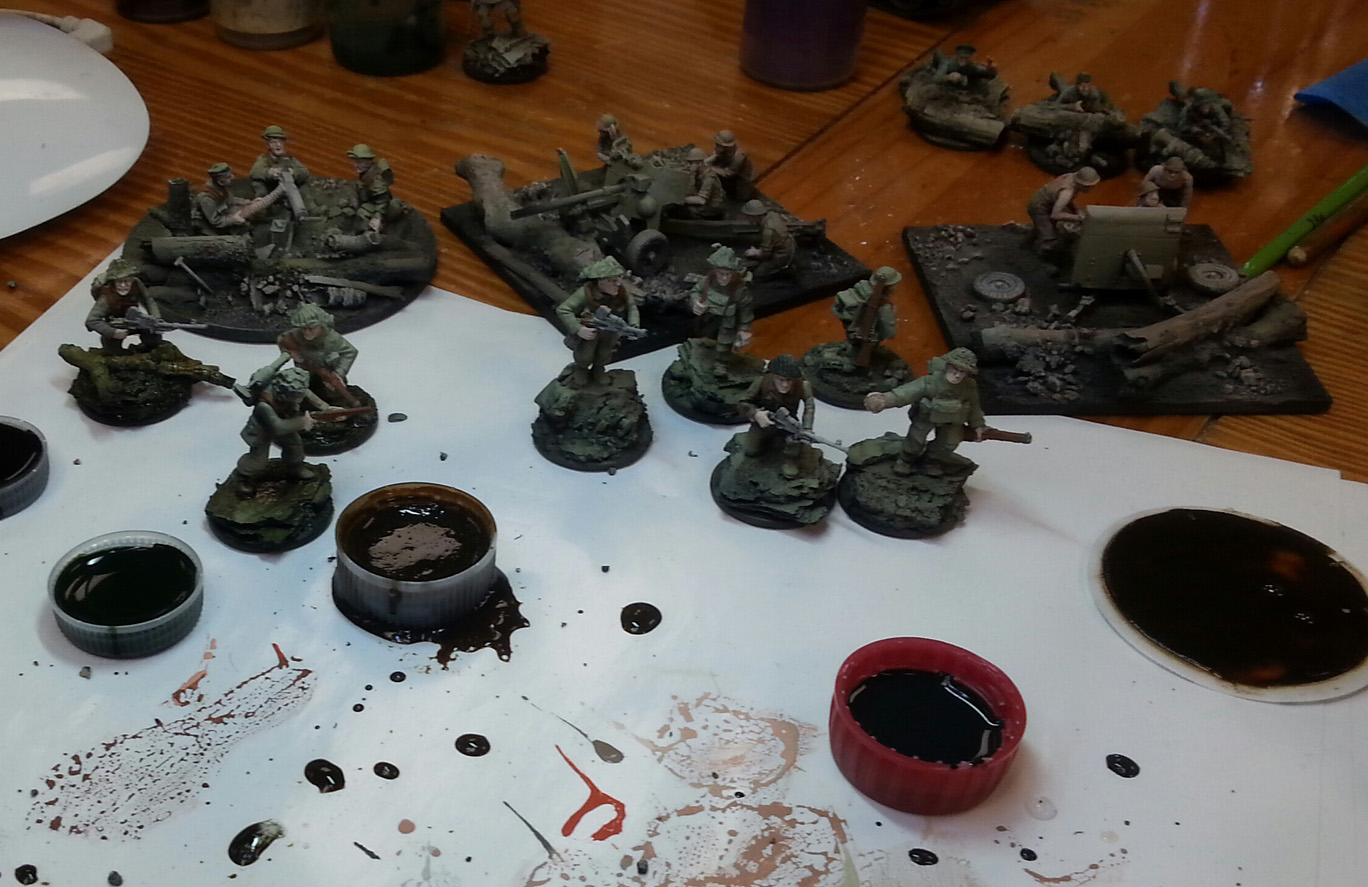 This view shows the Brits looked in that Glazing phase.  I think that I had already done my glazes on the bases themselves. 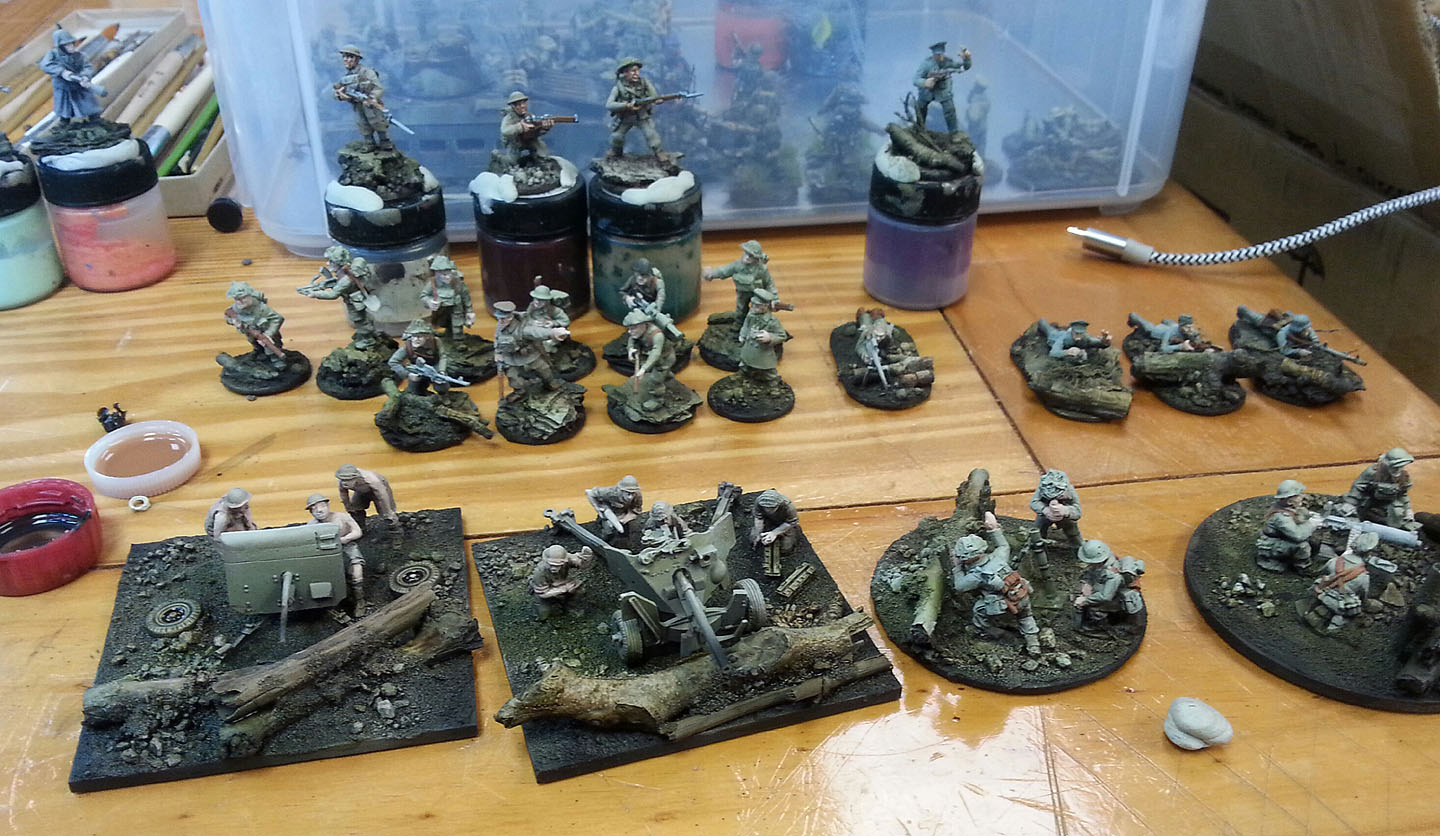 The pictures will not be ideal, since the lighting and other work circumstances were done "on the road" away from the studio.  However, you can see in the overall image (and the insert) that the glazes can be removed once applied to control them.

This provides a great deal of efficiency and speed, since it takes a lot less time to apply several translucent layers as opposed to opaque layering. 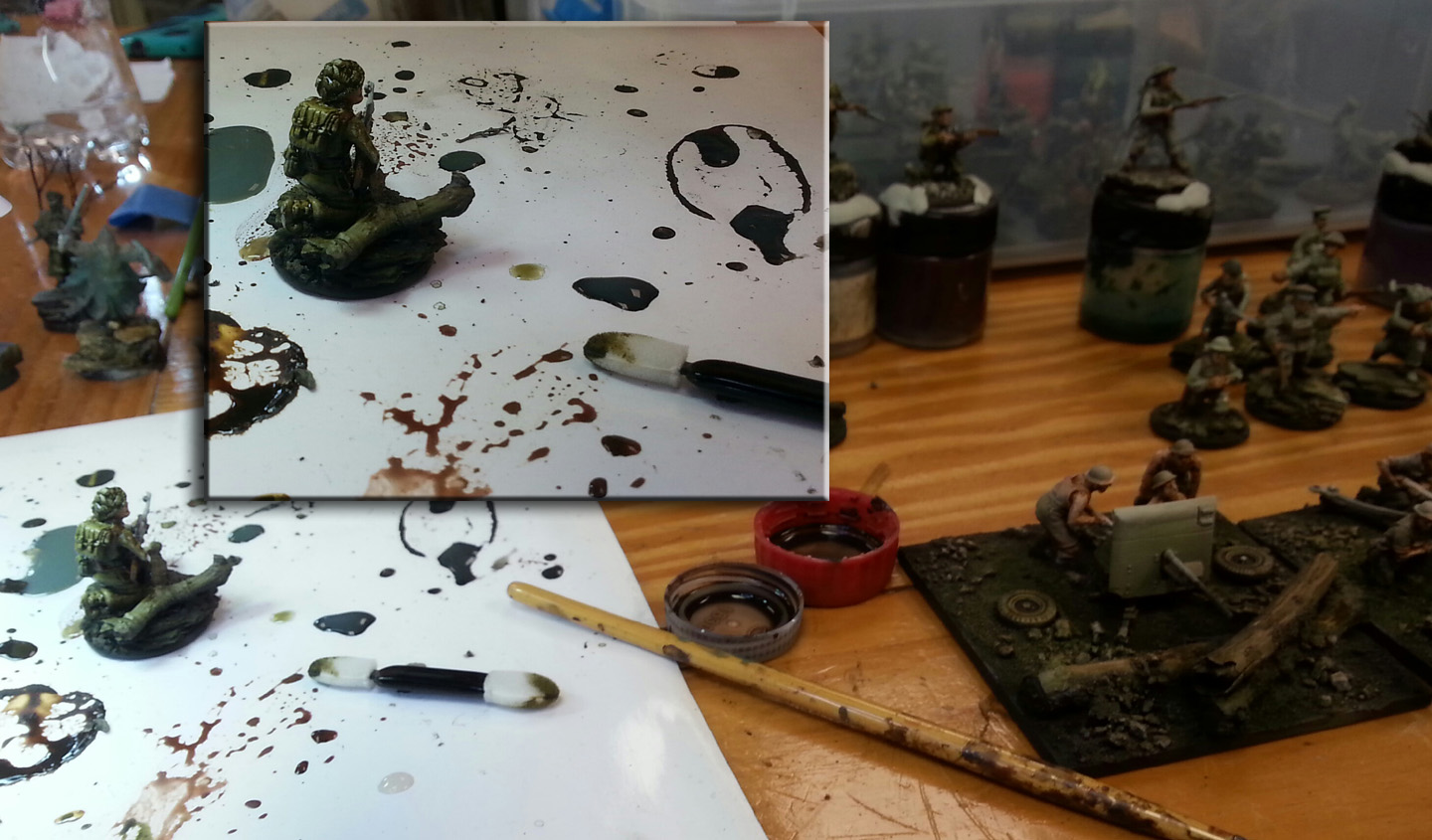 These lads have some of those glazes applied.  I used a few different greens and browns in the glazes, which provided subtle variety from one figure to the next.  This is the equivalent of the Mig AMMO filters, which tint colors and also serve to 'blend' lights and darks together more smoothly. 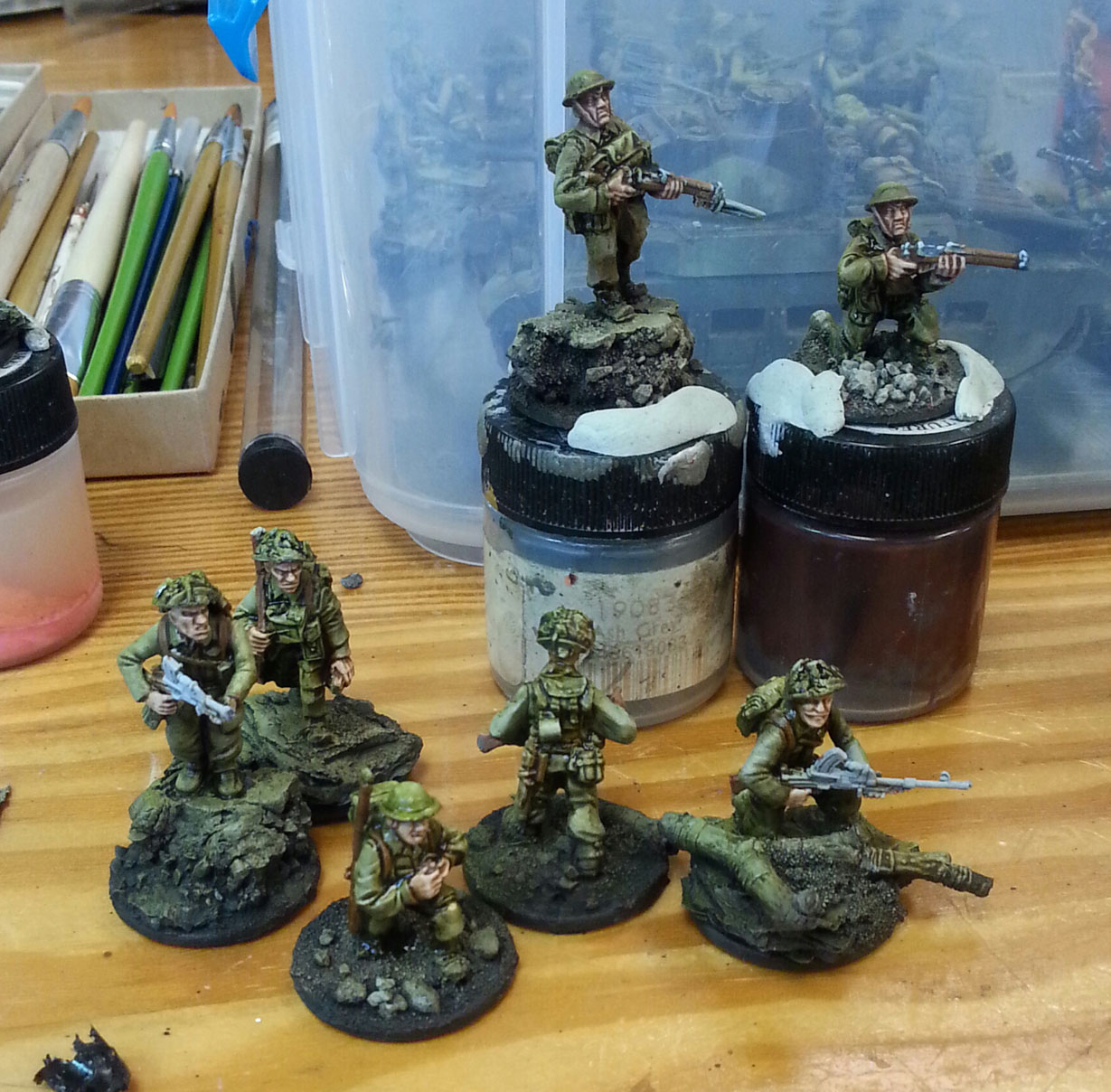 I tried to get you an image of a few unglazed figures next to ones that have gotten that glazing treatment. 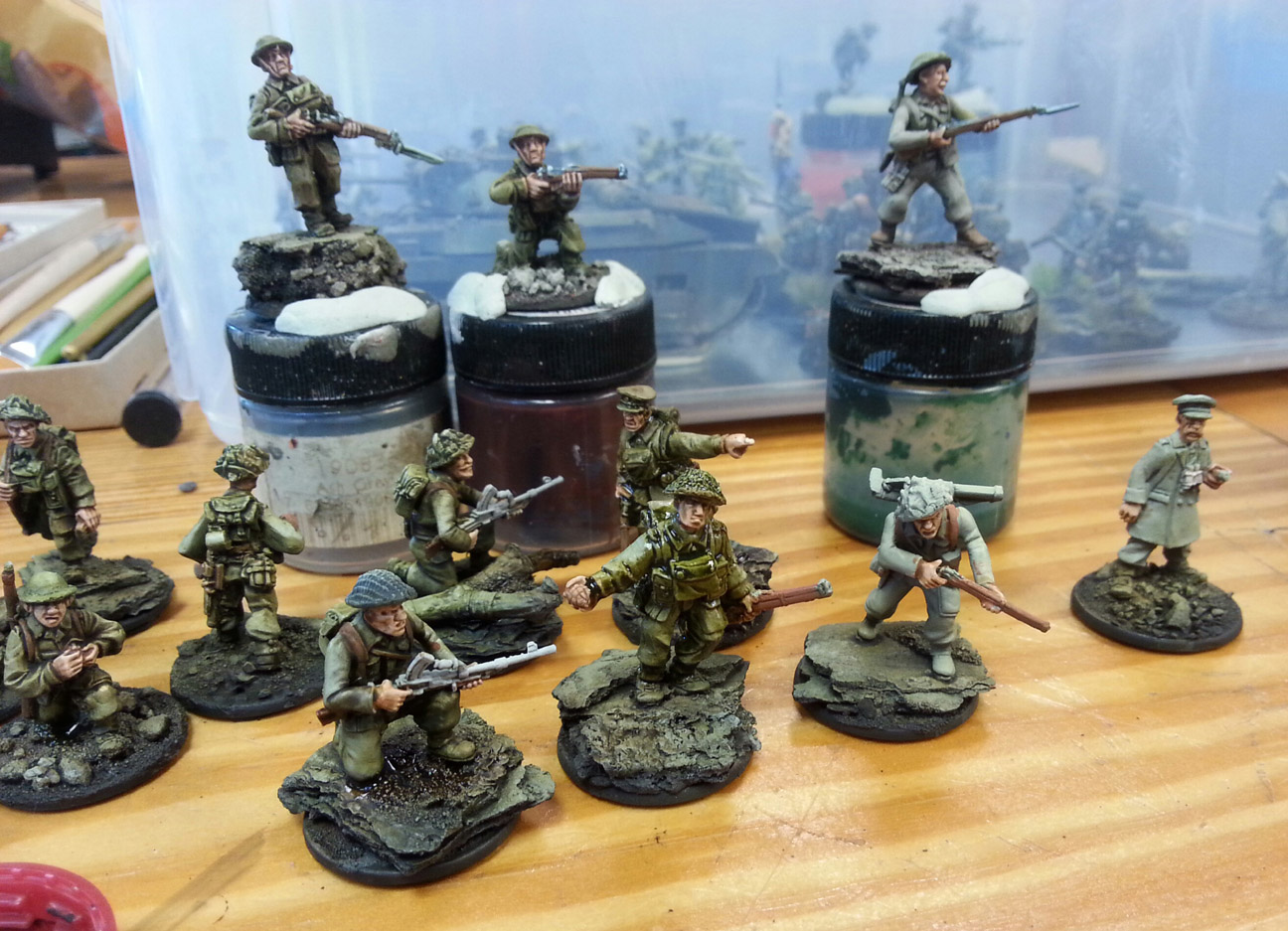 More figures have been glazed.  I used a variety of companies paints in this task, mostly Vallejo washes.  They have a rich tone, with a little thicker consistency.  I also had some Secret Weapon washes, which are very thin and runny. 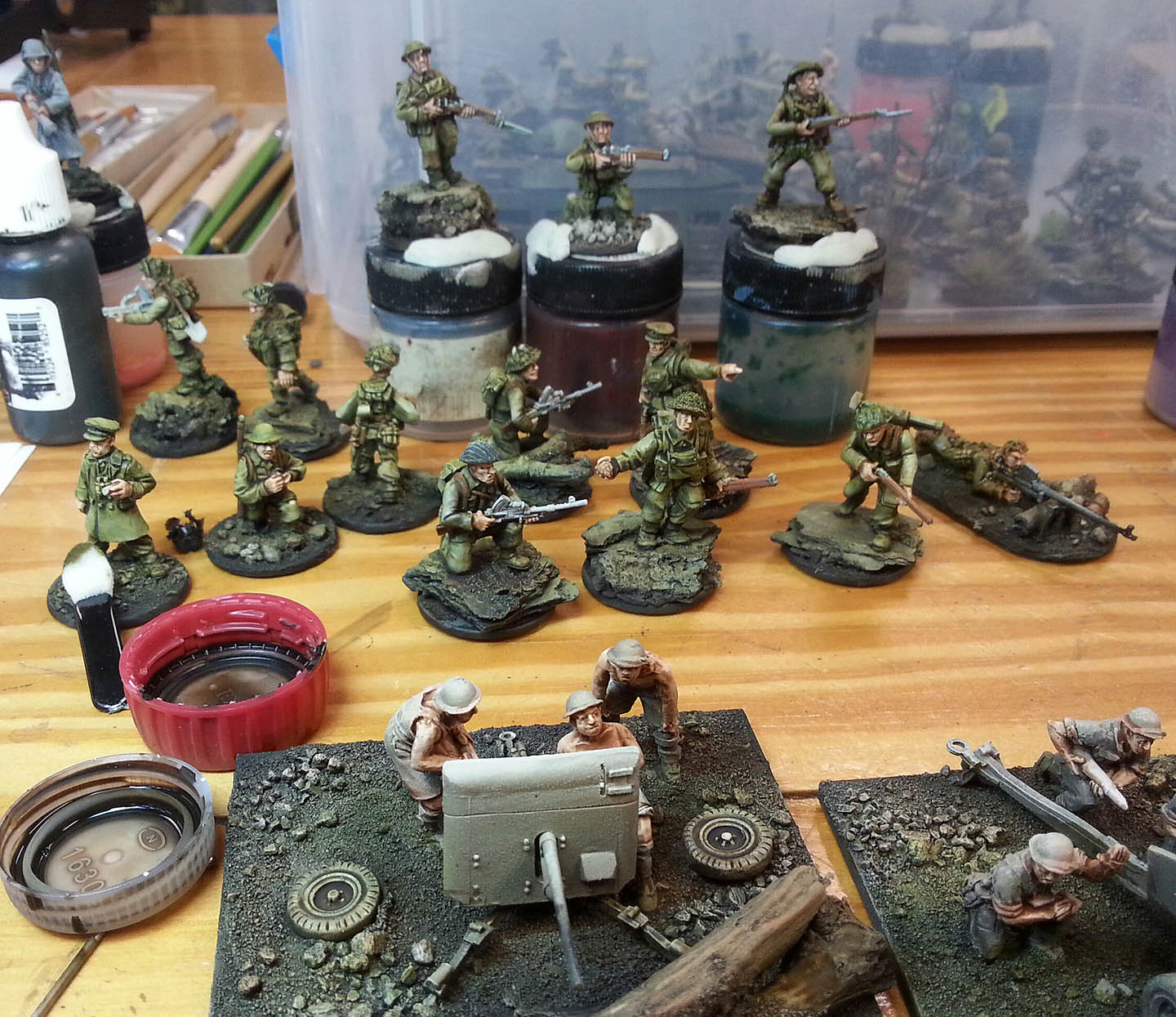 This progression of images gives a blow by blow on some glazing in action. I worked my way from one figure to the next, carefully applying the glazes, making sure to tint the original Shaded Basecoat and not just make it darker.

The machine gun team helmets are the focus of this image set.  I mixed a darker green glaze for the helmets, but I removed some of the glaze on the upper surface of the helmet before it could dry.  This is why I want to try using the oil washes for this stage, because I would have several hours to do this "removal process".

The artillery, machine gun and mortar teams now have their glazing.  They look quite different than they did in those early images!! 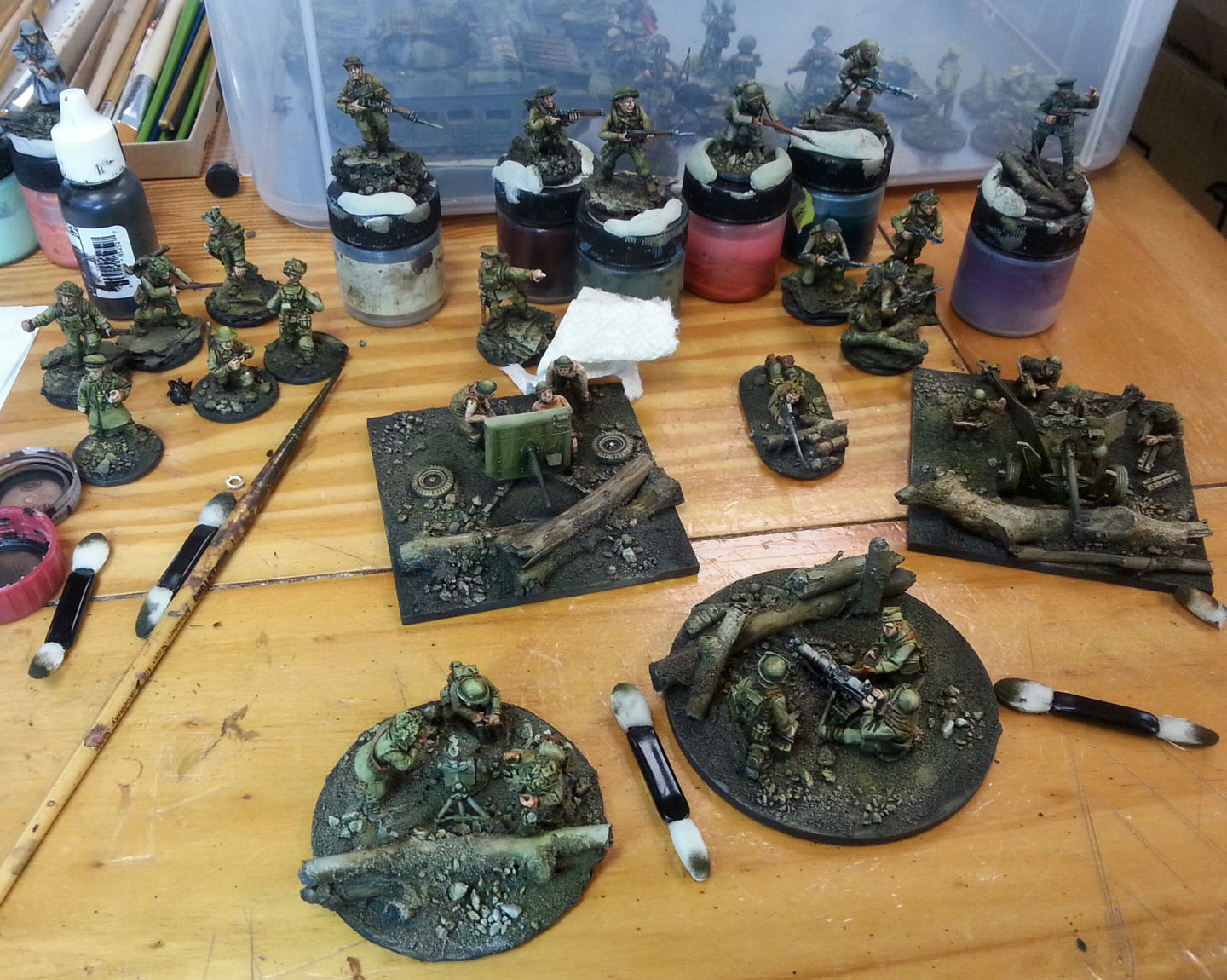 I will be sure to post more tutorial style articles on these figures as they progress.  As I have mentioned before, you will probably see me painting some in live Google Hangouts as well, so stay tuned! 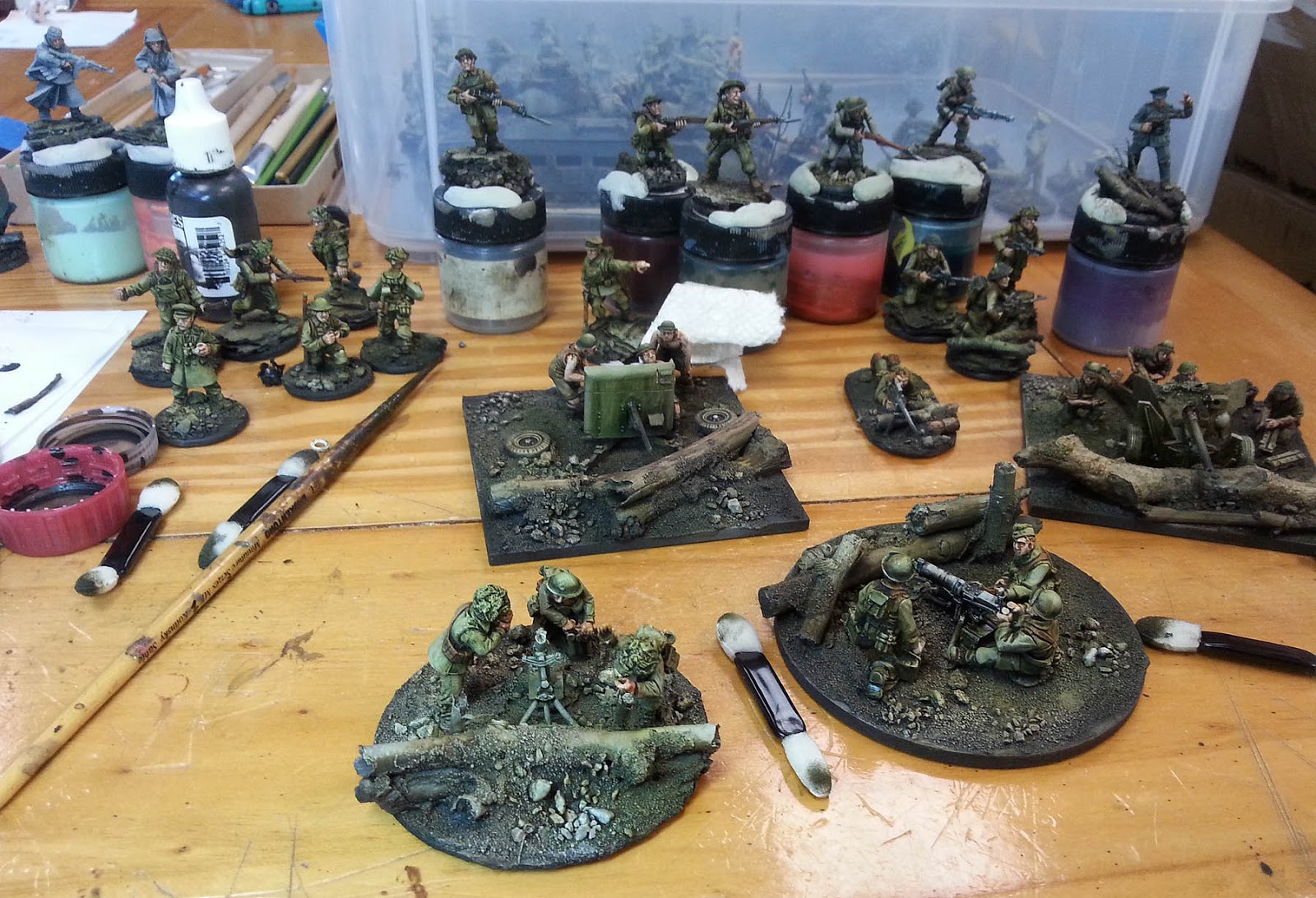