The March of the Thralls

Today we have some group shots of the second set of Thralls. 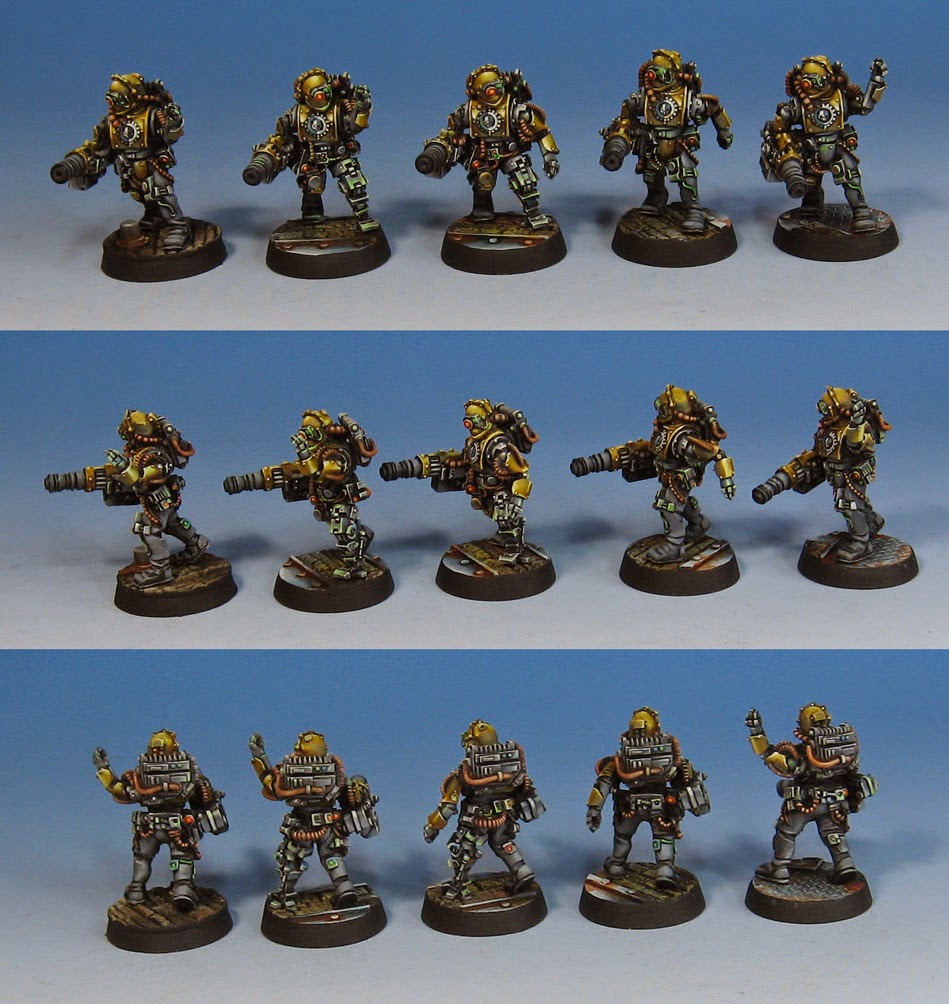 As usual, seeing these things as a group for the first time is always a revelation. 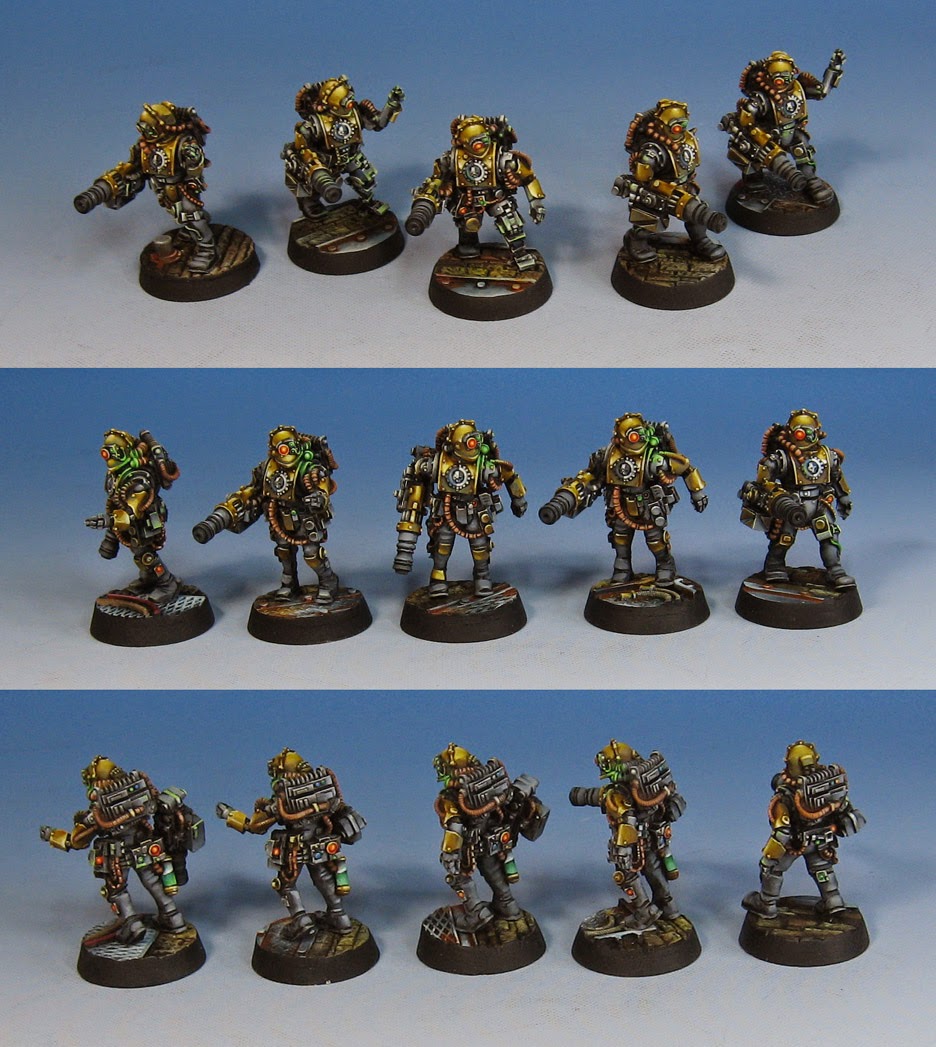 While I perpetually work in an assembly line fashion, these guys were not done in one massive set of ten or twenty.  Work circumstances dictated otherwise, so there were times where I would complete three at a time, or two, or occasionally just one.

This had a lot to do with what colors were on the palette at the moment, and what other figures I was working on.  For instance, if I was glazing and shading golds, I would be sure to use some of that on these guys.  The same went for black. 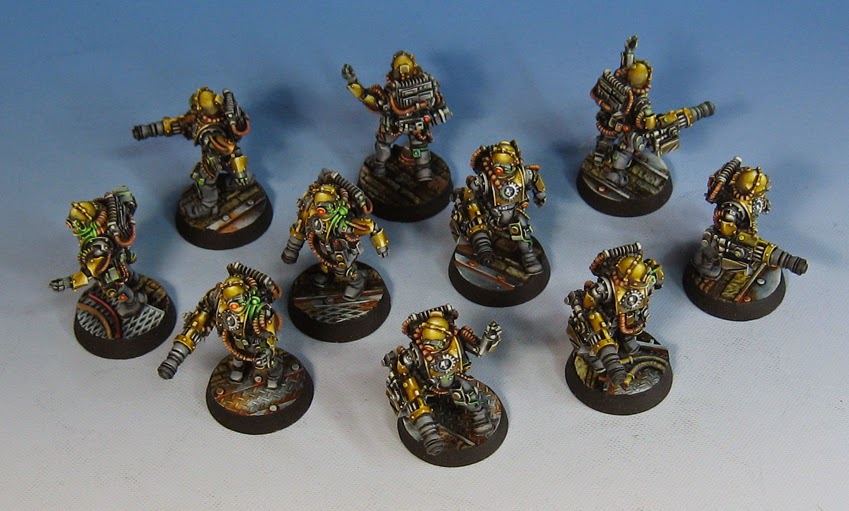 If I happened to be doing red glow on a bunch of other figures, that's when I would do the same with the Thralls.

Keeping the line moving in any way possible is essential to maximum efficiency! 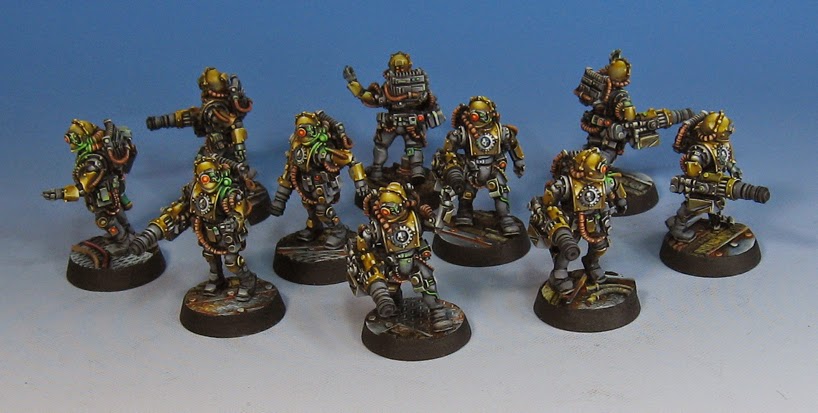 Posted by wappellious at 1:02 PM 2 comments:

Crank up the music 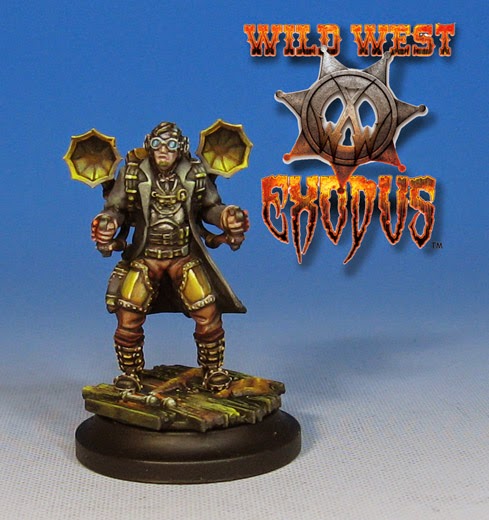 The young inventor Thomas Edison is getting ready to rev up his version of an MP3 player, Wild West Exodus style!

I've had some personal experience with this sonic weapon of his, and it has not gone well for people on the wrong end of it!  It can do some crazy things to you.

When he's out on the table, he's a prime target for things like my robot doggies.

Posted by wappellious at 1:39 AM No comments: