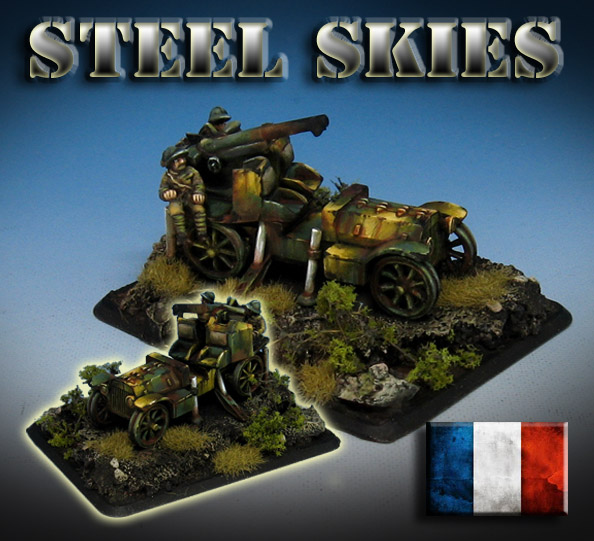 Here's a piece that I have been itching to see in photos... the first of the French self propelled Anti-Aircraft guns.

While these were first created in 1913, I believe, they were among the premier AAA weapons prior to the war.  I remember reading that it was the first time that stabilizer bars had been used to prevent some obvious issues!!

For those not familiar with the scale of Flames of War, this is 15mm.  The base stand is not even the size of a business card.

For the foliage, I switched to some old Woodland Scenics trees, using the smaller scrap pieces which remain from previous projects.  I also went with static grass.

There is one advantage to the old fashioned static grass... it's a better scale for 15mm!  I was concerned that the grass tufts were simply too huge for these pieces, especially when the tiny soldiers got lost in them!

It had been a long time since I had applied static grass!  I forgot how messy that could be.

Here's a comparison with one of the 1897 heavy guns!

Stay tuned... much more firepower on the way... 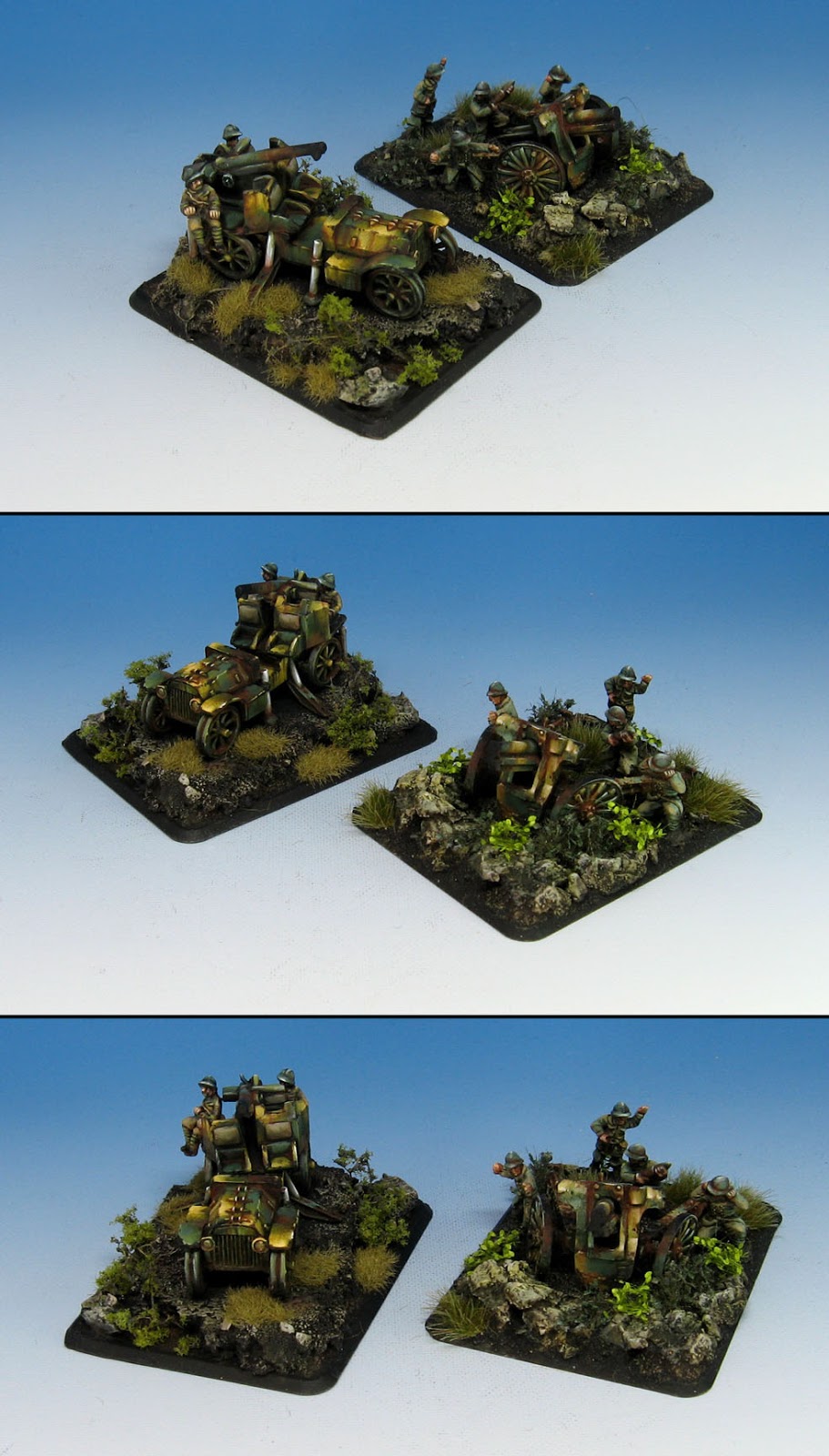 Posted by wappellious at 1:16 PM No comments: 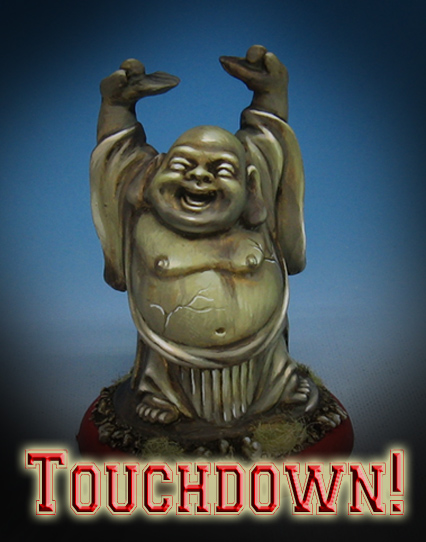 This very happy guy is a score marker for the Samurai Orc Blood Bowl team.  It seemed to be very appropriate, on many levels!

It was a resin figurine that someone had given me.  His hand was broken, but I was able to fix that.  I decided to paint him like a stone statue (the original paint was a flat gold).

As usual, I tried to vary the colors as much as possible, in particular over the broad open surfaces.  The cracks were put in at the very end, because I thought it needed a few little touches to break up these areas.

As you can see, I tried to incorporate as many greens as possible to give it more of an aged look, as well as some staining.  The color choice was made when I primed the figure, mixing a few different colored primers together.  I loved the color which emerged so much, I decided to continue on in the direction that it set.