A few more tidbits for the army... 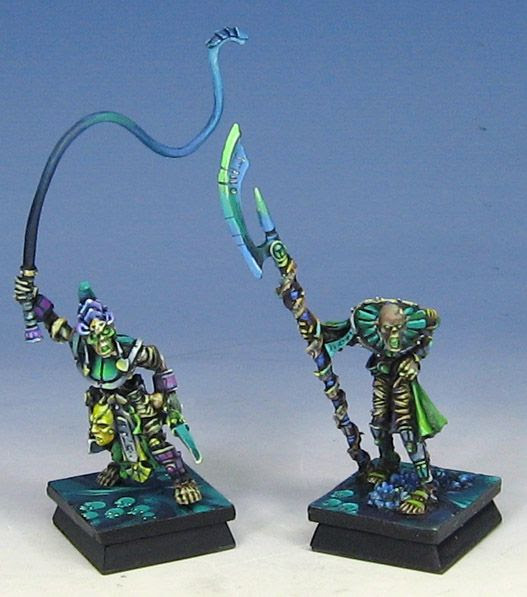 Here's a couple of command figures for the Tomb Kings.  Each of these guys will go with a batch of skeleton archers inside the Tomb. 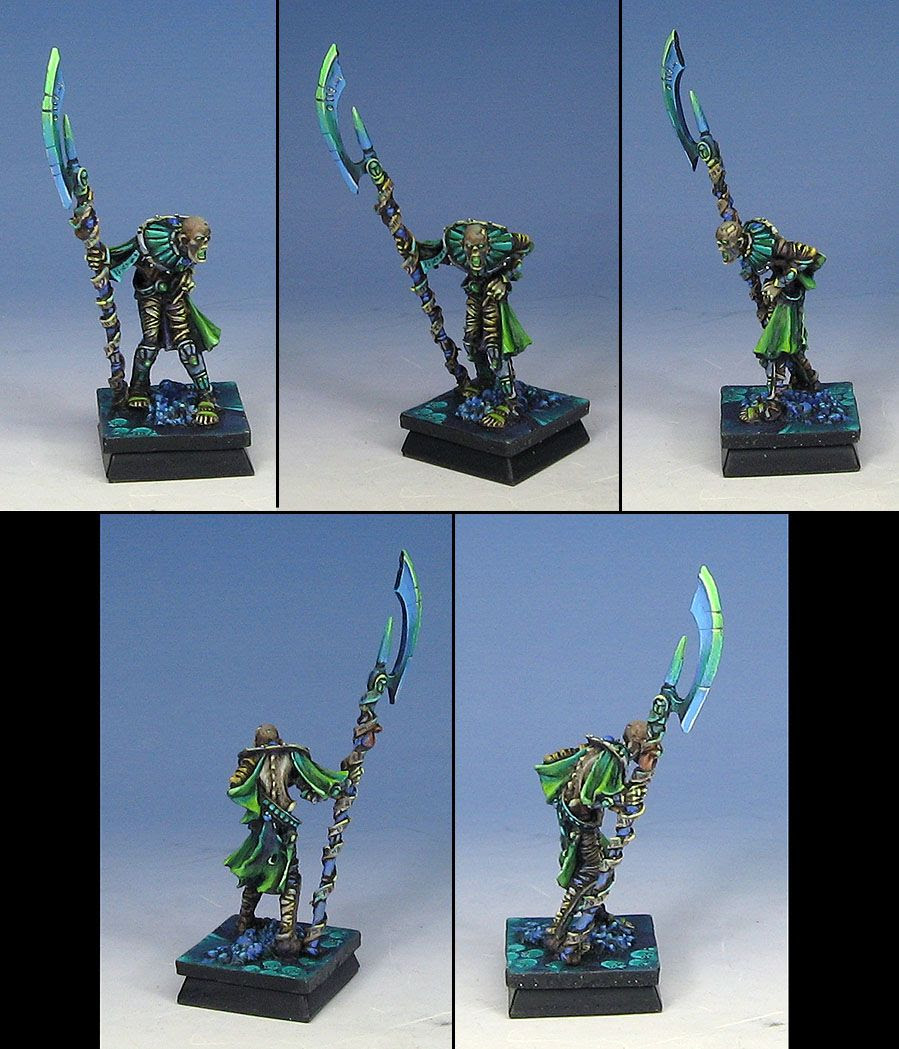 Posted by wappellious at 5:53 PM No comments:

Behold a pale horse: and his name that sat on him was Death, and Hell followed with him. 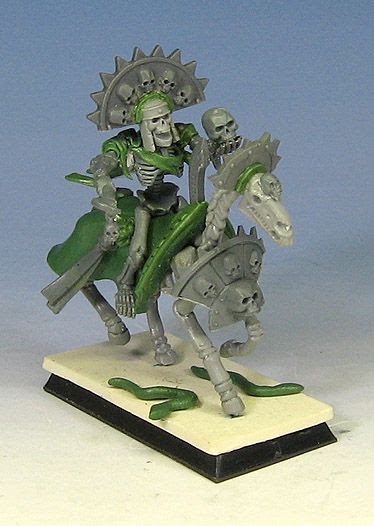 Of course he's pale!  He is a skeleton after all.

I guess I have not even come close to catching up on sleep. :-)  Anyway, I discovered this guy a few weeks ago when I was looking for something else.  I almost squished him.

Nearly 14 months ago, in the earliest days of my excitement over Tomb Kings, I had started converting/sculpting this miniature.  I never had a death mage before, and I thought that lore might have some synergy with the Tomb King lore.  However, Death magic has that notoriously short range.  Since I wanted to have a 'fast' army of horsemen and chariots, I thought I could put a lower level liche priest on a horse and stick him in a unit of skeleton horses.

The plan was to ride up to a unit, mess with their leadership (Doom & Darkness), and then whack them with a big chariot unit with a character that had the Golden Death Mask.  It never really panned out that way.

I also thought it looked neat!

When the early tests of the army went horrifically bad, I kinda forgot all about him.

Since I was painting all these other horses (for chariots, horse archers, etc.), I began to want to see this mage be completed.  He will go in the front row with the Horse arechers on the board.

Here are some pictures: 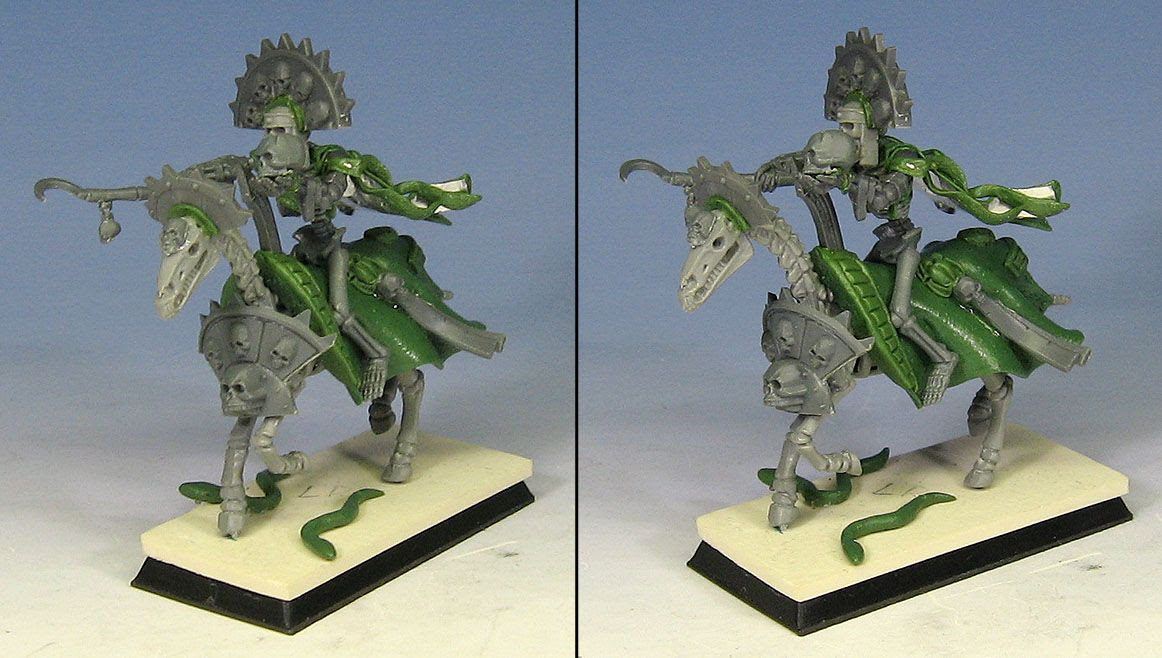 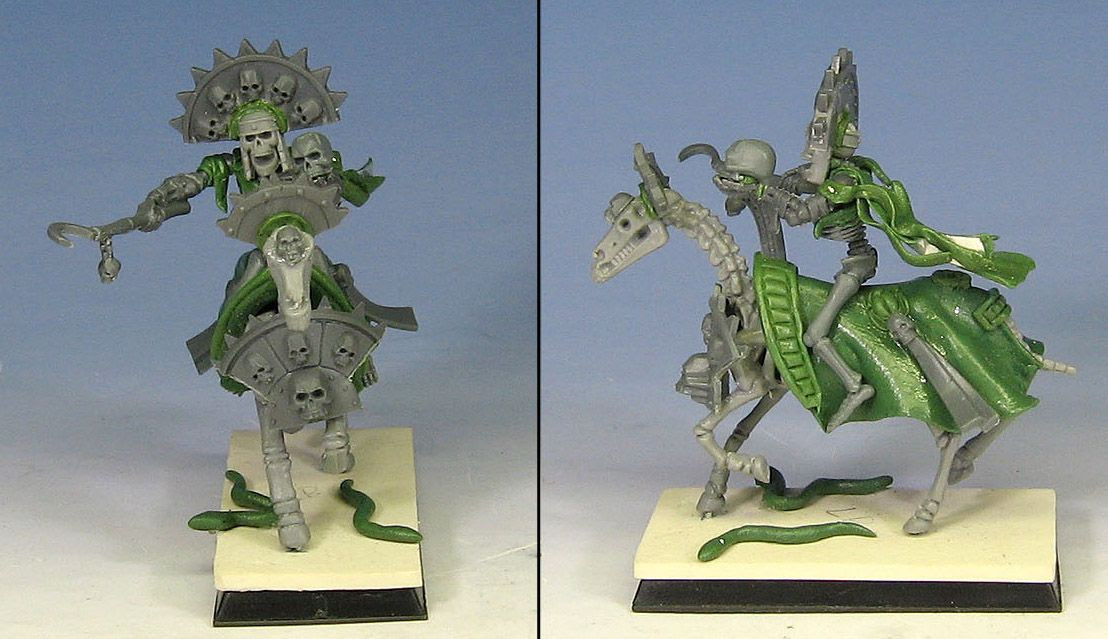 Since I first started working on this figure, I have become much more familiar with the green stuff work needed to make these conversions have that Tomb Kings look.  I added a few extra tidbits today as I was green stuffing a whole new batch of Forgeworld commission pieces. 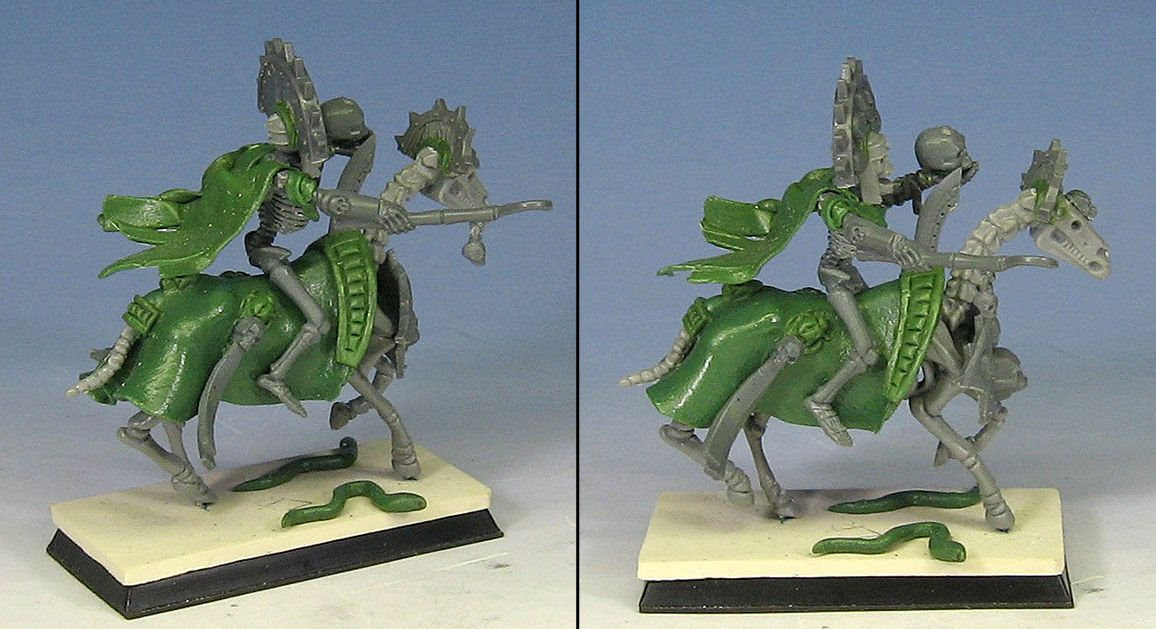 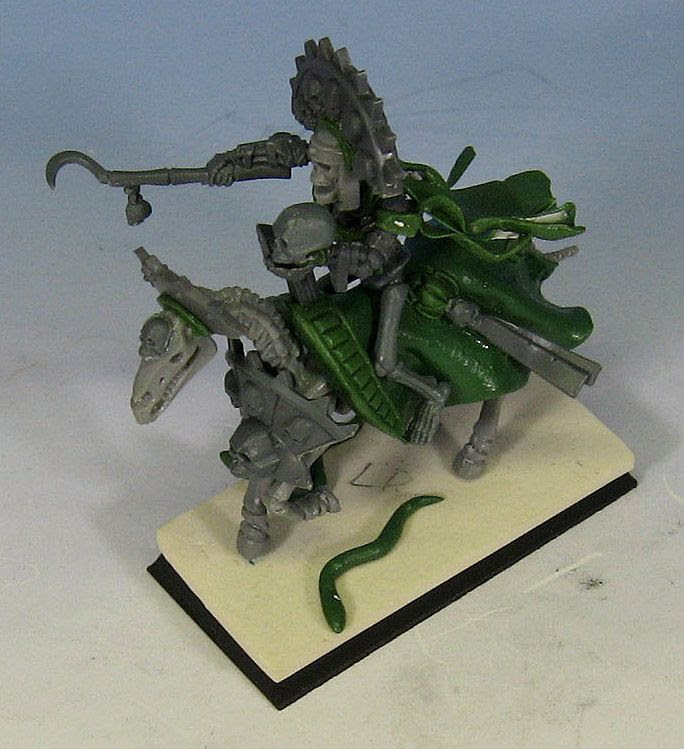 Posted by wappellious at 1:11 AM No comments: