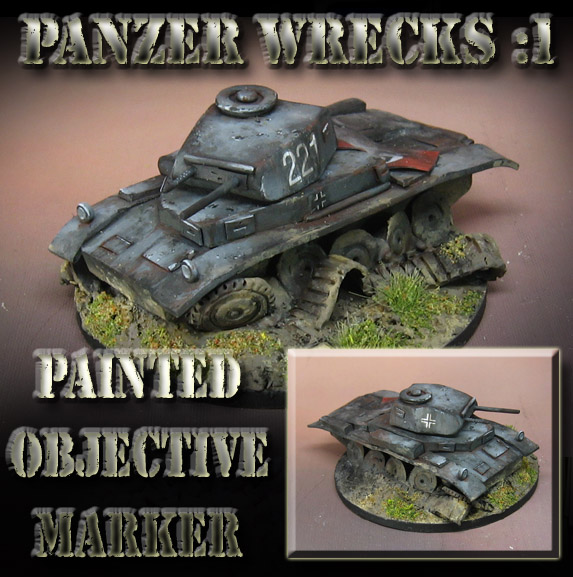 Now that the Bolt Action tournament has come and gone, I have had some time to take images of the completed objective markers!

This first post will show the wrecked Panzer II, which was sculpted from scratch quite rapidly using the Extra Firm Gray Sculpey clay (which you bake in an oven).

Here's a link to the Facebook Live session where it was painted:

As I have mentioned many times, I heard about the event at the very last minute, so I had to act very quickly.  There was no time to order intact vehicles to turn into wrecks, nor were there funds to do so.  Sculpting them from scratch took a few hours, and the total cost of materials was less than $5.

I took a great deal of shortcuts making these, which is OK as they are supposed to be wrecks!

Speaking of wrecks, one of my key references was one of these amazing books that Cathy had gotten my for Christmas.  Not only did it have a lot of images, but it went into great details on how each vehicle was destroyed, and the effects that had on the metals, interior, etc.

The key element was learning that as tanks burn up, the tortion bars of the suspension are weakened, and the hull settles into the mud.  This meant that I could save a tremendous amount of time on the most difficult part of sculpting any tracked vehicle... the tracks and tires!! 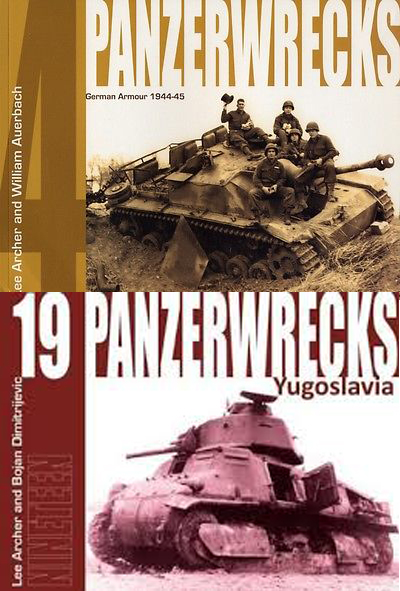 Instead of trying to create an entire track assembly with bogie wheels, sprockets and idlers, I could create toned down versions and sink them into the mud.  Also, the tracks could be broken down into strips of Sculpey, slightly textured and bent into the kinds of shapes that I saw in the photos. 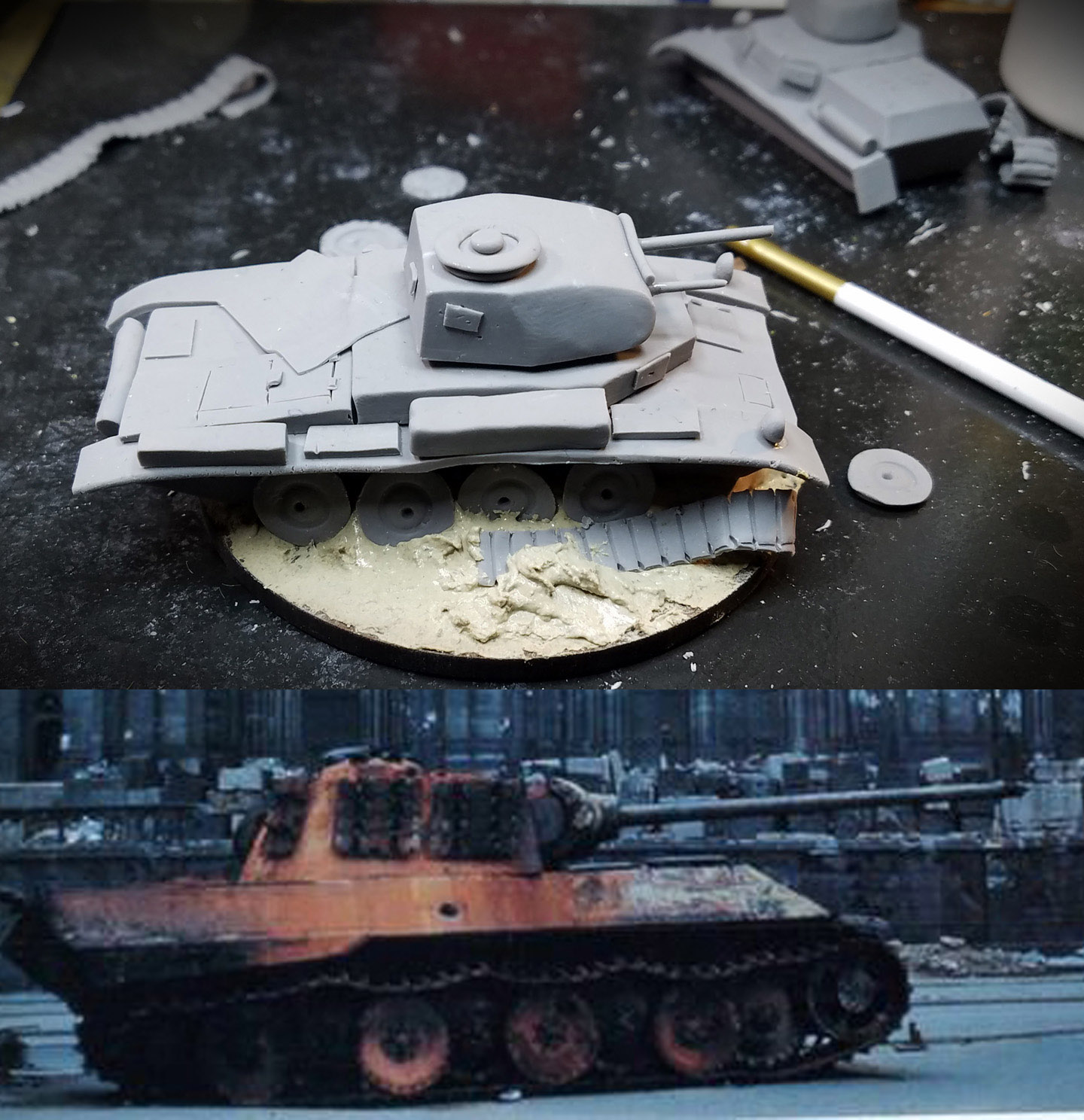 I was shocked at just how close I was able to match actual model kits in such a short period of time as a result.  Utilizing the reference images that I found in a quick web search echoed what I had seen in a few tutorials, that the extreme heat not only burns off the paint, but alters the metal itself.

Initially I would have avoided rust effects, but it seems that the superheating and scorching of the metal cause some instant oxidization, resulting in a band of rust in between the blackened steel and the painted hull.

I would love to do a sculpting video on making one of these, so any support that could be offered on my Patreon Page would be very helpful, providing me with a little extra time to create a YouTube instructional video!