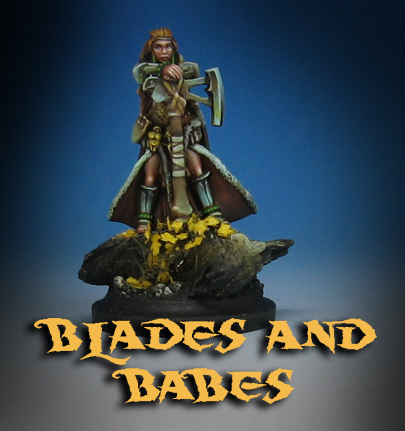 It was great to get a chance to use another one of the mulch bases!!

Riders of Darkness: Part One 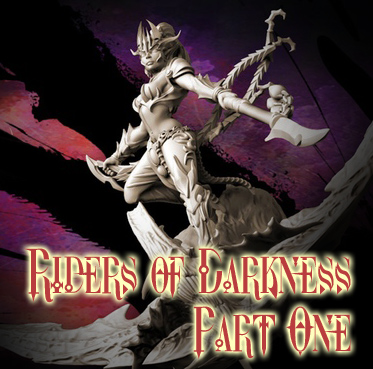 Well, there are now some amazing new art pieces from Raging Heroes that my brushes are already clamoring to paint!  This is a set of six amazing sculpts that combine amazing dynamism and incredible details.

This is a supplemental add on to the original campaign, which I believe is now open for new pledges.  These would go toward the production of these various rider sets.

I will attempt to show as many images here as I can, so that you get a sense of what they are.

These Fantasy version Stingray Riders could look spectacular in just about any color scheme, or basing setup. 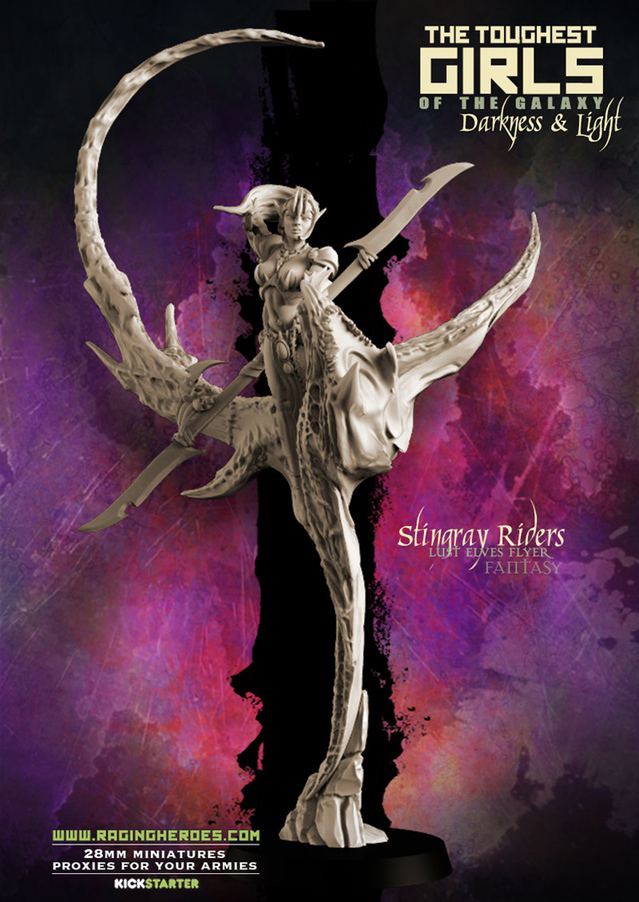 As usual, I would be tempted to set up some kind of OSL, either with reflected lava colors contrasting with deep shades of cool blues, grays, and so on. 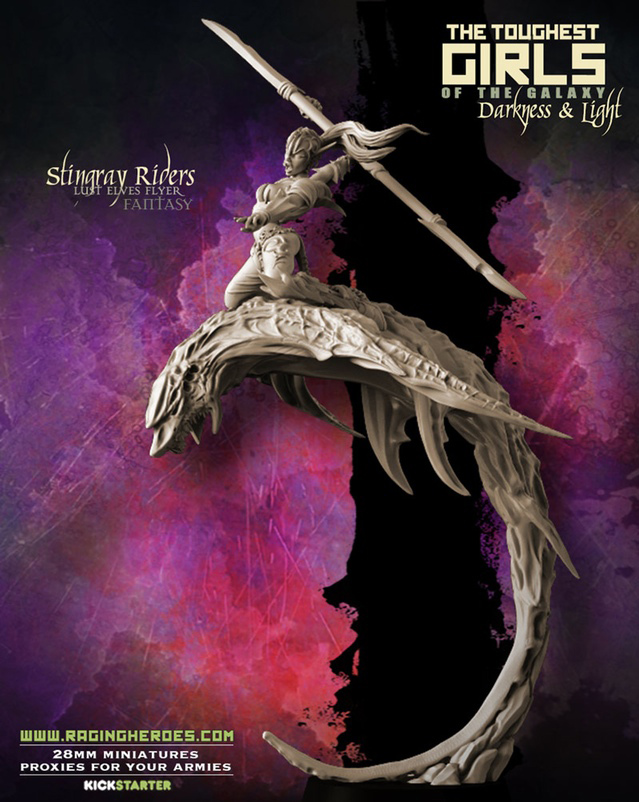 As for the riders, I think I might be more inclined to go with the classic skin colors that I did for the Dark Elf painting video, as opposed to the dark Drow skin. 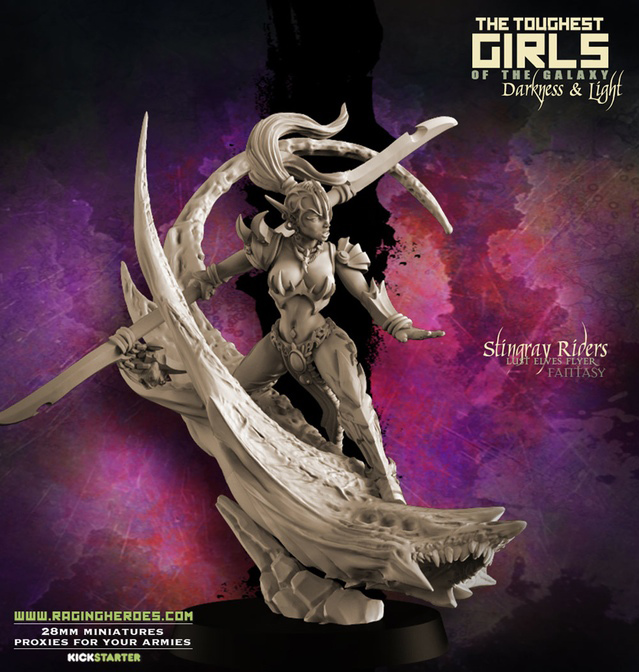 Of course some kind of Underdark Ocean setting could be quite interesting, using some new gel materials which I have discovered.  This stuff makes incredible waves and splashes, so I will probably have to conduct some early tests now to see which might be more interesting! The other advantage of the splashing water would be to heighten the movement of the poses, making it seem as if the creature itself was causing the water to splash... 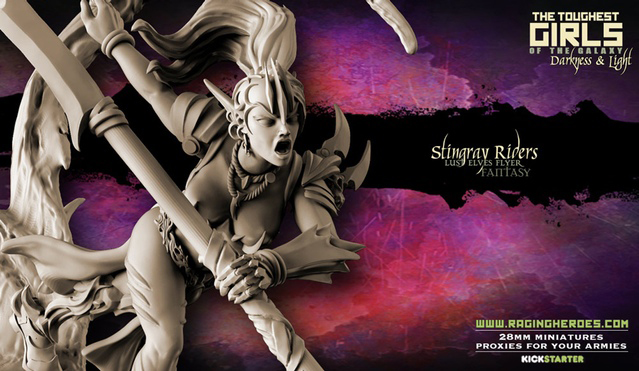 There could still be some kind of glow, almost like the kind of underwater glow that you see in movie settings in caverns. 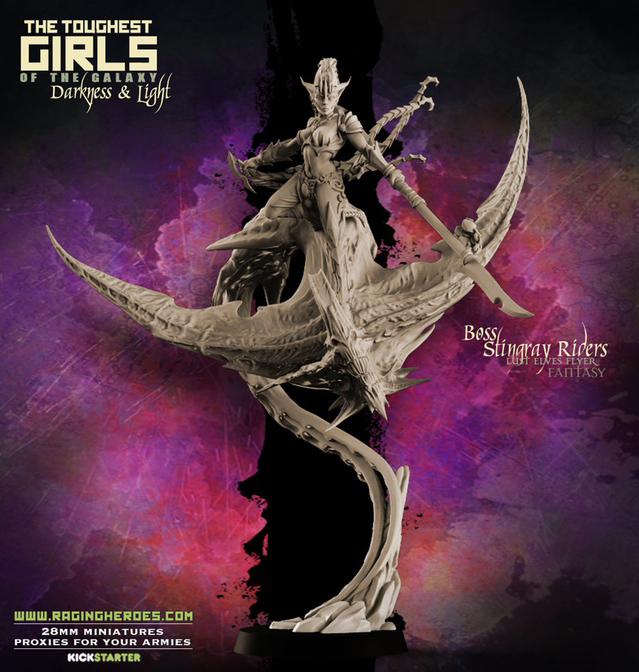 One thing's for sure... any choice should look fantastic, as this is your starting point.  Stay tuned for one more Stingray rider post, followed by the Sci-fi versions.  After that, I will cover another kind of ridden creature that is every bit as special!! 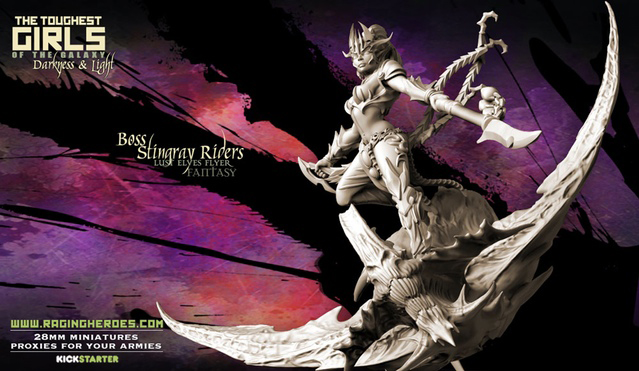