The other batch of jetbikes... 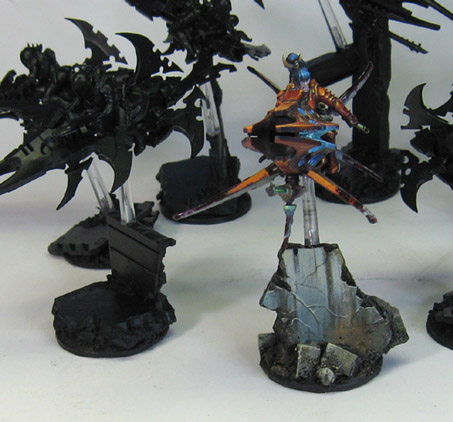 I see that I never posted the other set of jetbikes!  There are 16 in total.  Now both batches are primed and under way!

It's a little harder to see the differences in each one when they have been primed, which is why the previous batch was shot when it was all grey plastic and such :-) 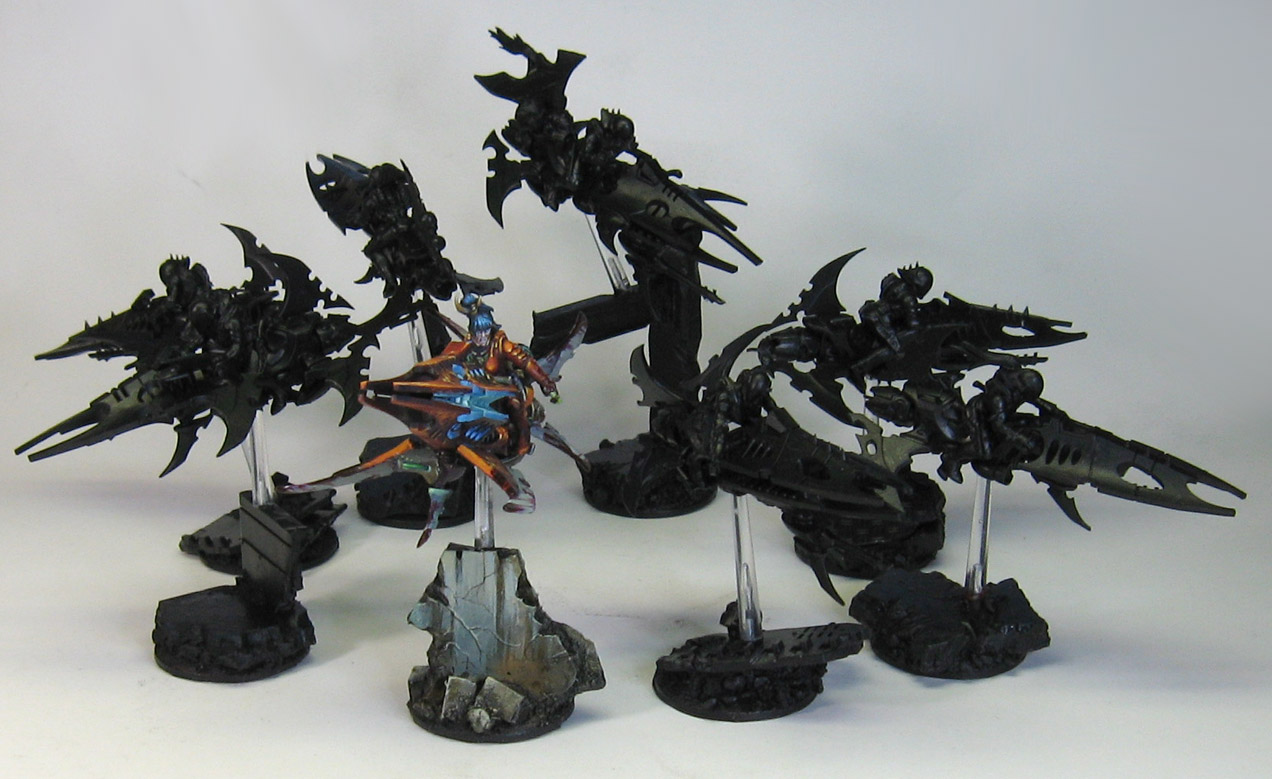 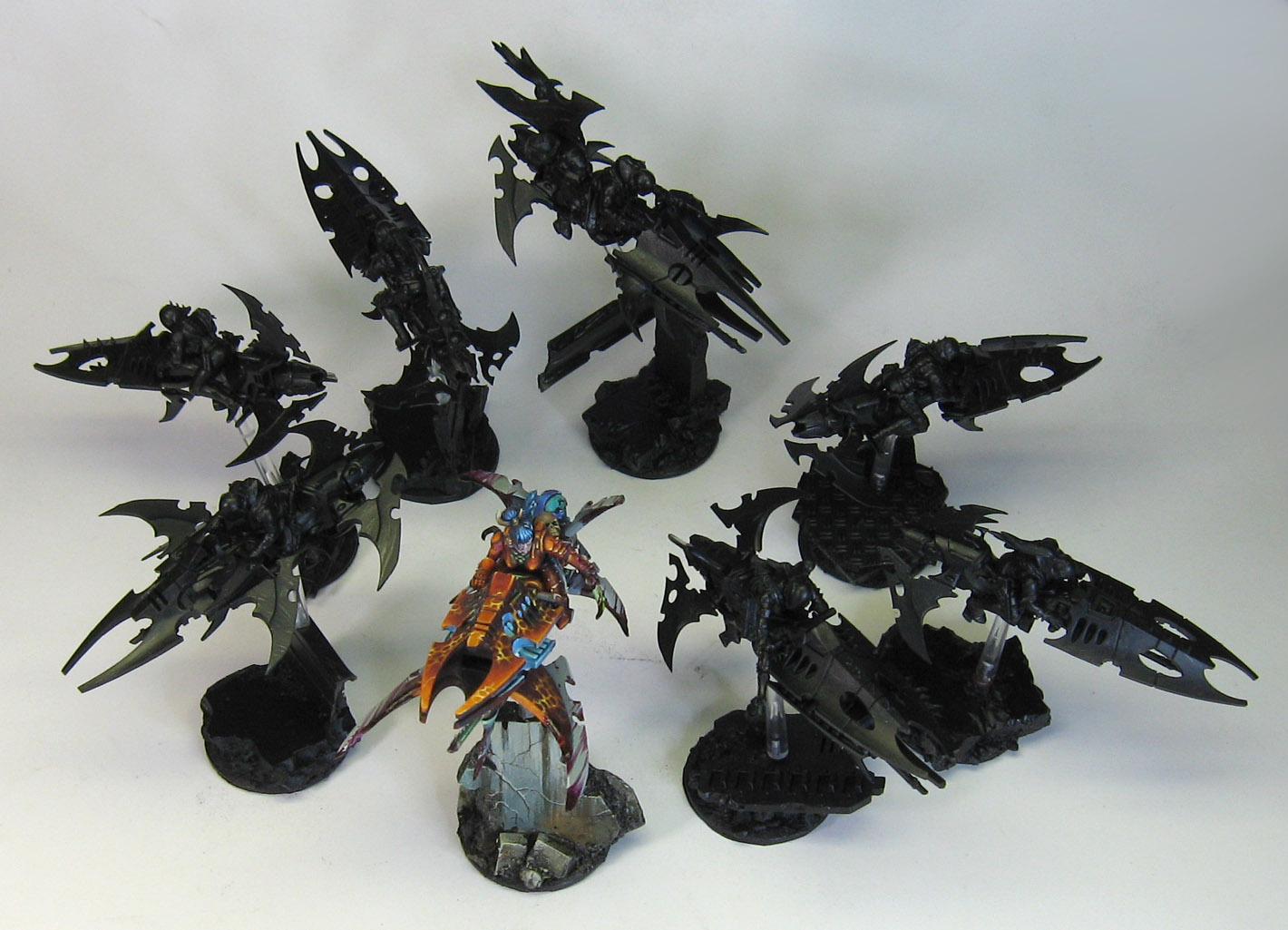 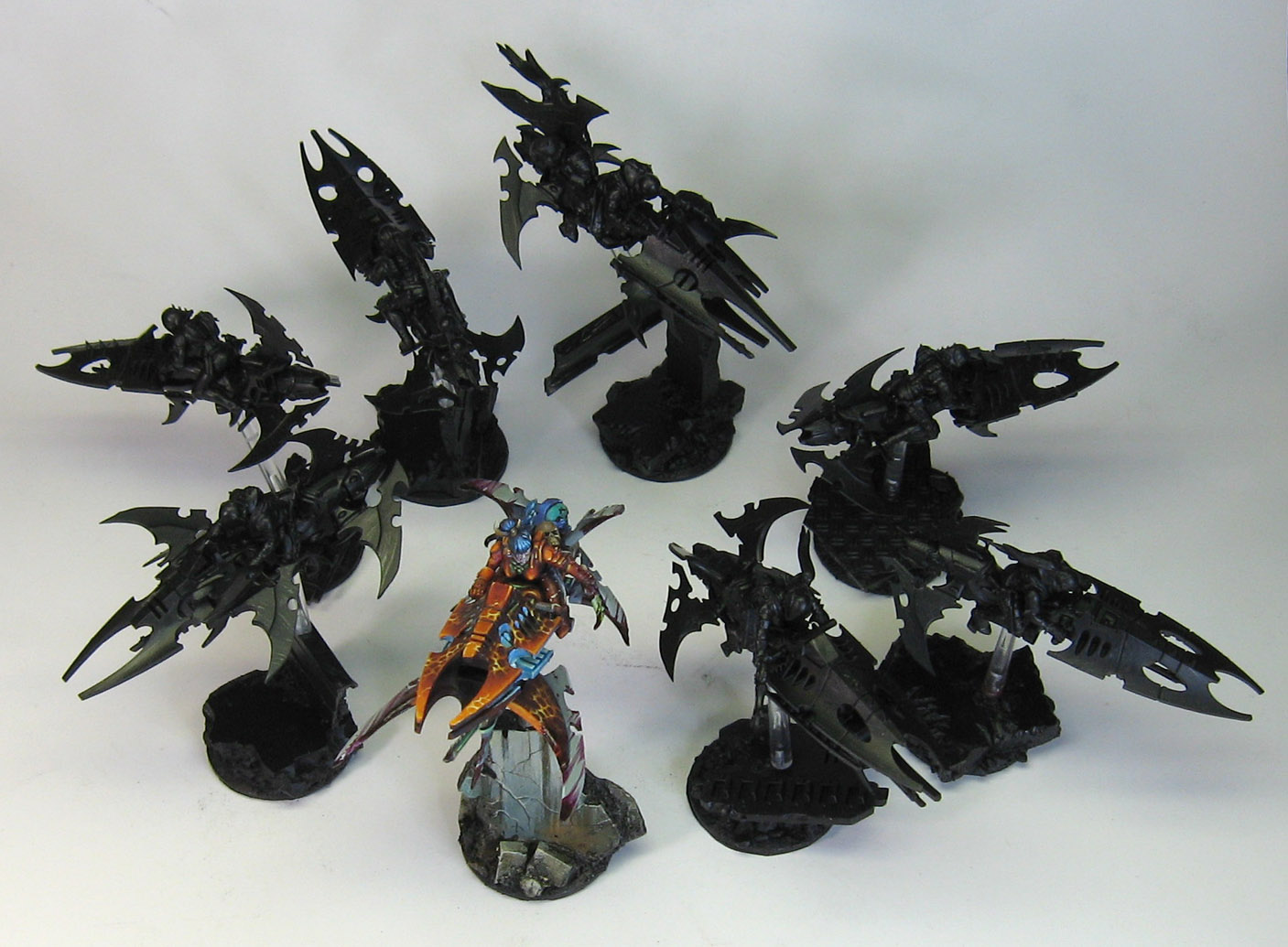 Posted by wappellious at 7:35 PM No comments:

Another Sci-Fi Vestal from Raging Heroes 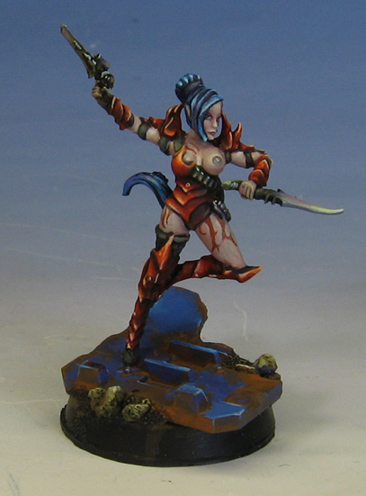 We have another member of the first Raging Heroes Sci-Fi Vestals squad.  I will be adding some freehand to the first two similar to this gal. 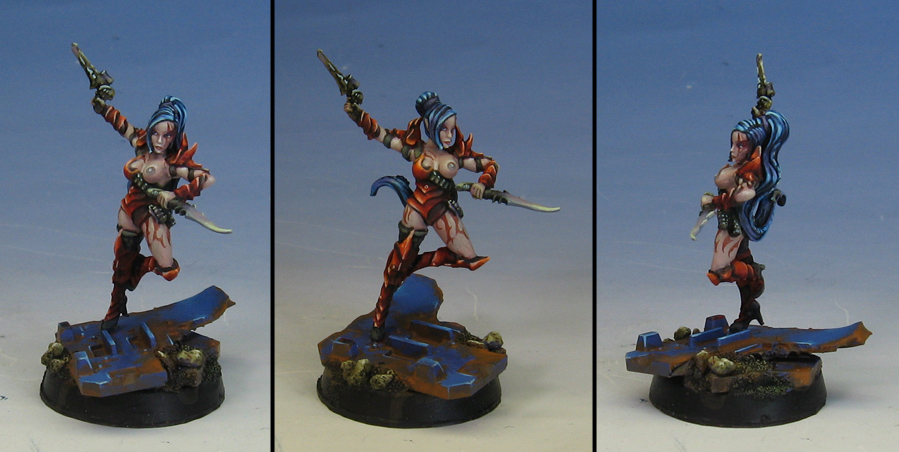 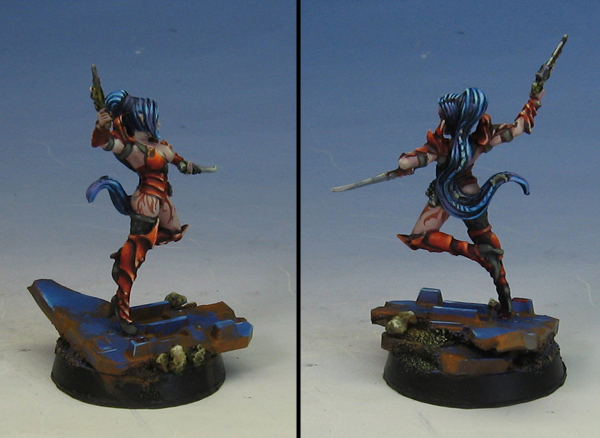 More on the way! 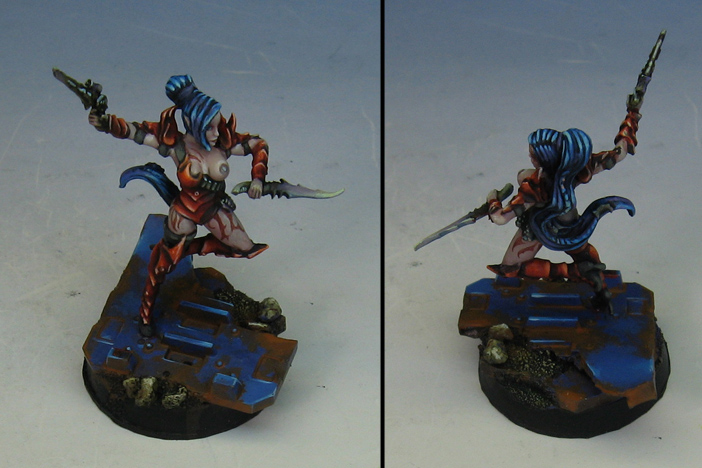 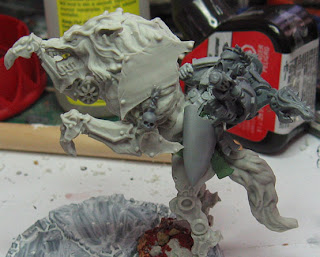 As those who have been following the Dark Eldar thread know, the theme of the army is racing teams! These teams are after a very cool Hippodrome on an Imperial world.

For a while, I tried to figure out what it is that the humans raced... until I looked at all the Cyberwolves from Raging Heroes which had been waiting for some love.  Then it hit me... dire wolves!  Not only could they feed heretics and witches to them, but they could watch them cruise around the track.

Bingo!  That gave me a reason to try out the cyberwolves, as the Marines defending this world have manipulated the dire wolves and augmented them with the cybernetics.

There are four different poses/miniatures.

This is one from the boxed set of three wolves. 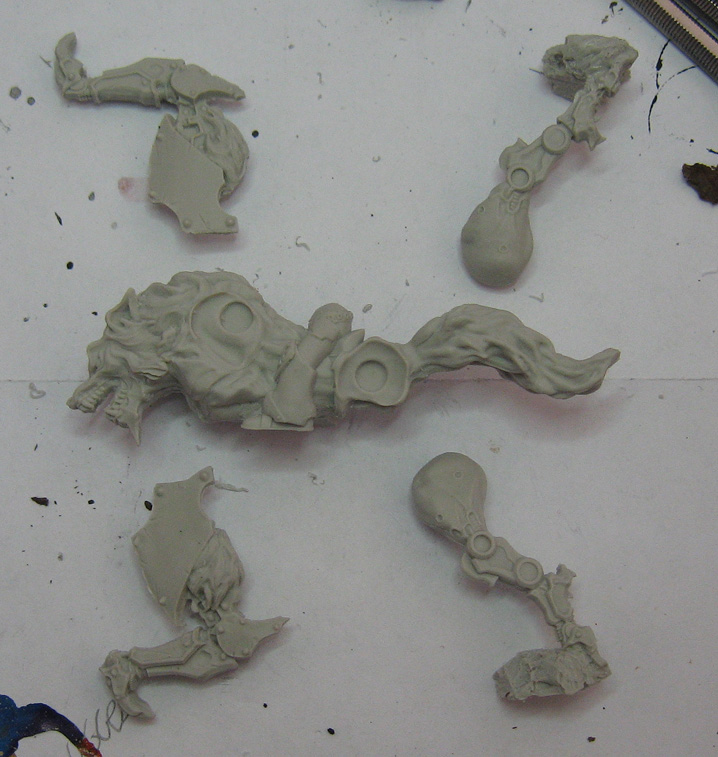 They are very quick to prep and assemble!  You don't even have to soak them in cleaner to remove mould release.  Yea! 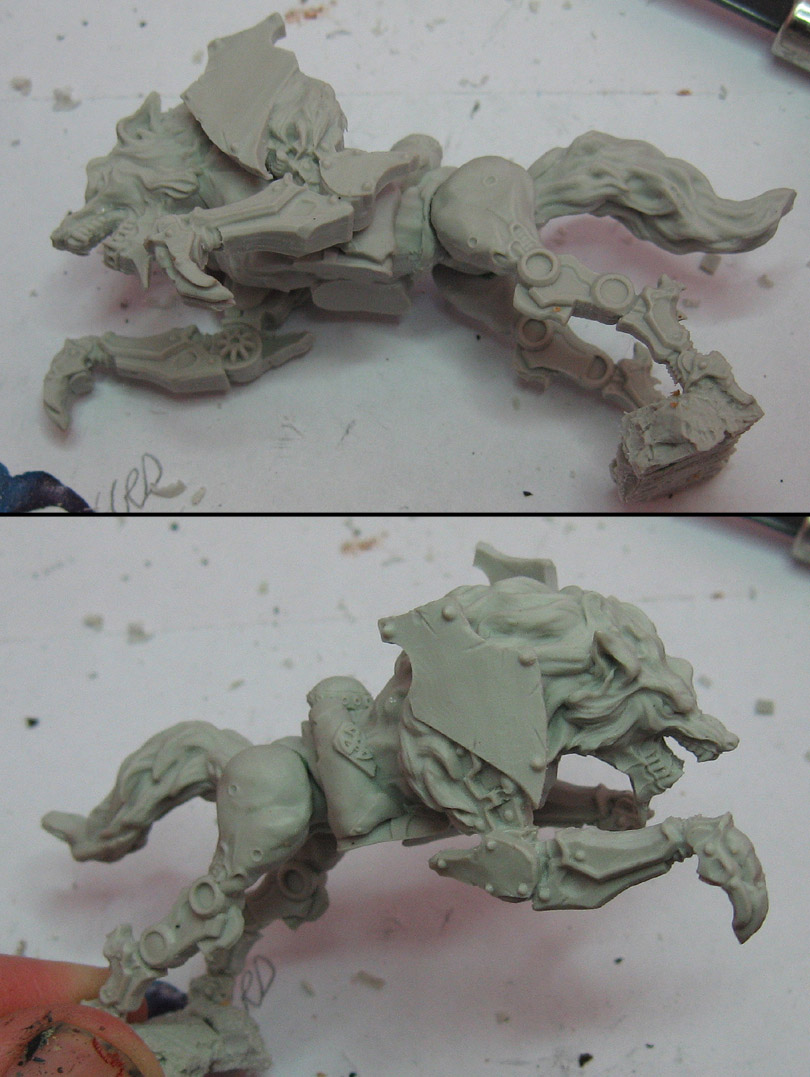 I took a random collection of bits and put together a few marines to ride on these cyberwolves.  There is more to sculpt on this guy, mainly lots of purity seals. 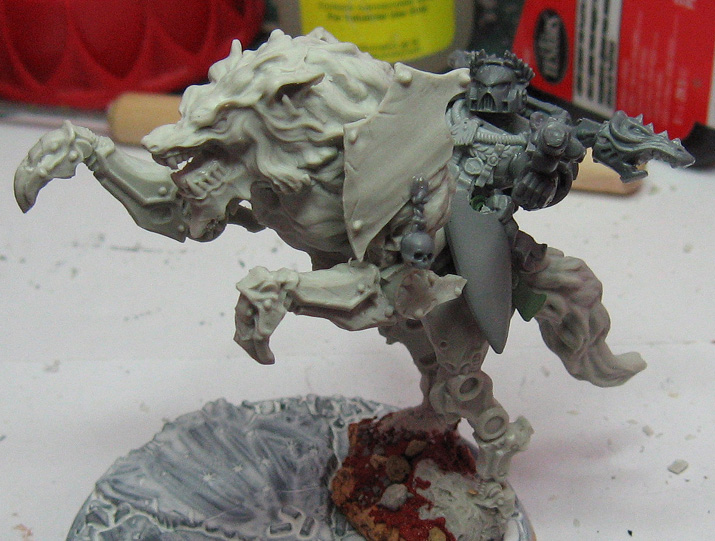 I chose this particular pose because it is part of an experiment... something I have never really tried before. 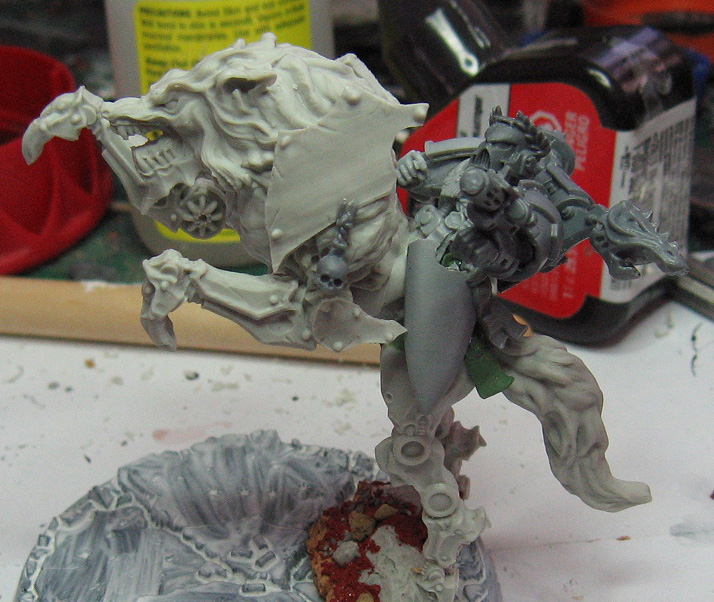 I didn't really care that I was combining different armor variations.  This particular batch of marines put their faith in their modified doggies than mere ceramite. :-) 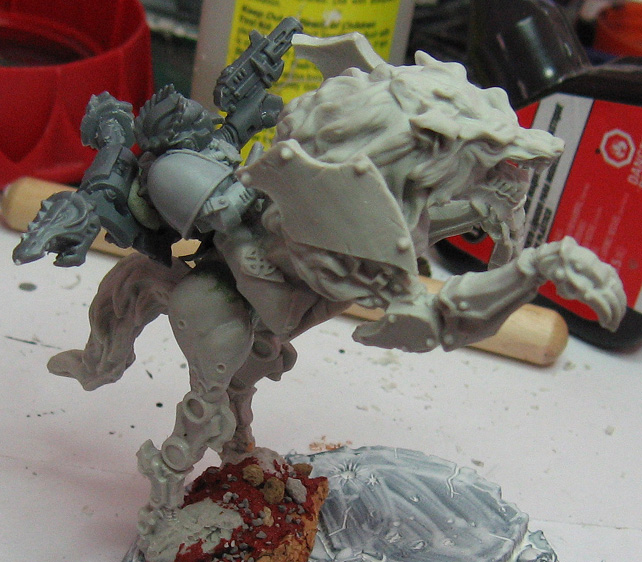 One last view of the pose so far... 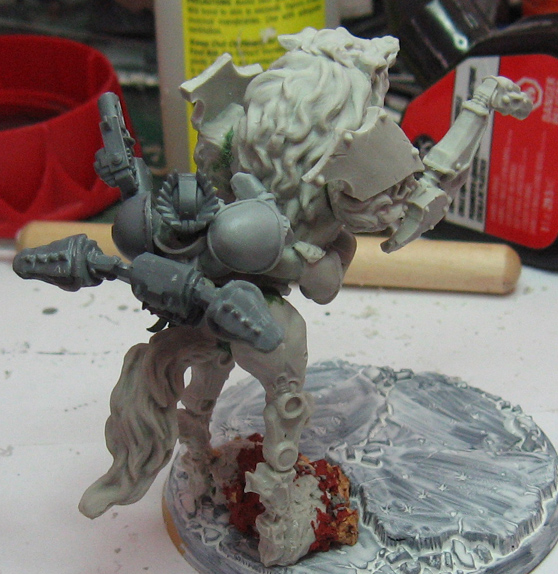 And here is what I am using it for.  I wanted to have this guy trying to take a shot at the Razorwing fighter.  The pose of the wolf rearing up on its hind legs fit much better on the base.

It is my hope that having this figure on the base helps to tell the story of these two armies a little better.  Plus, I have never really done a duel such as this.  Should be interesting!!! 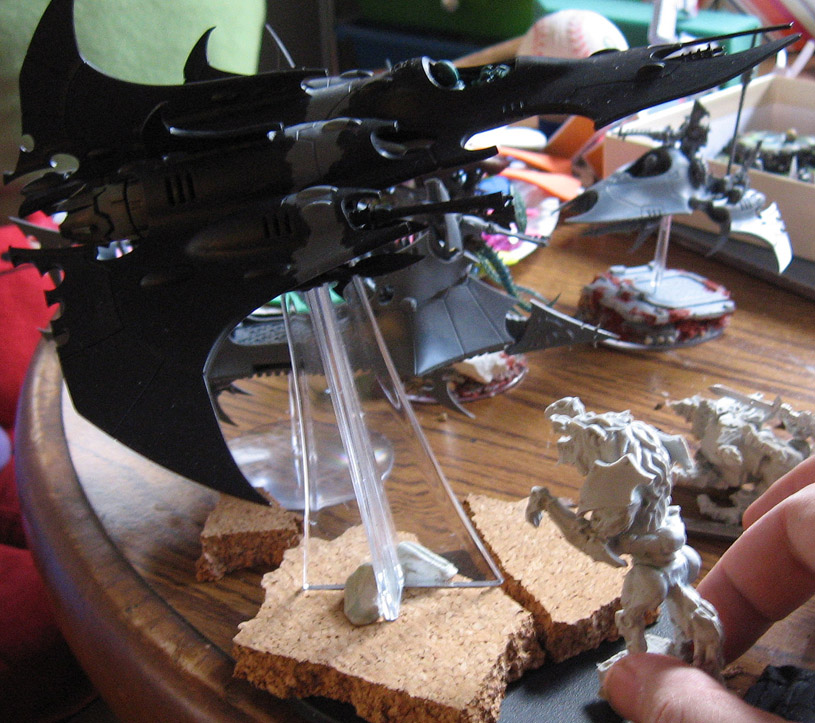 I have been fiddling around with the base, trying to get this placed just right, but also allowing me to do some interesting designs on the base. 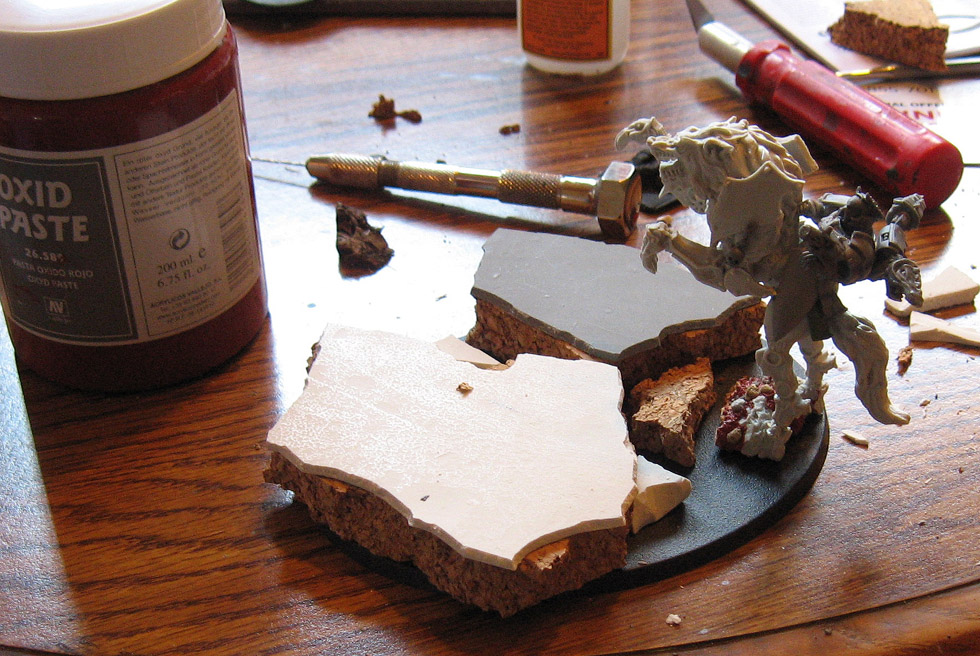 Lots more to go here!  Again, the wolves themselves are from Raging Heroes. 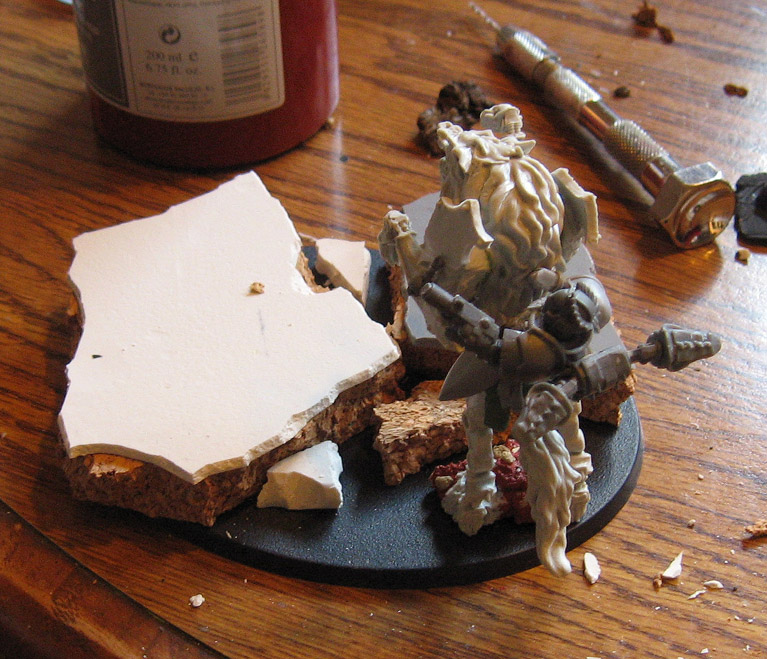 Posted by wappellious at 4:44 AM 2 comments: