It came from the Bog! 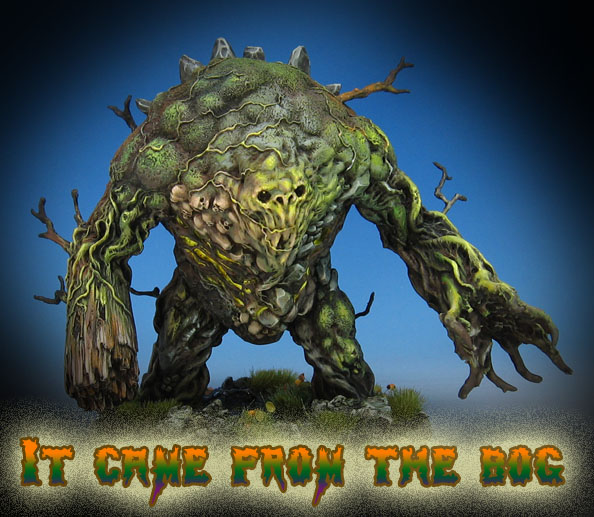 Here is a side by side of the miniature with the original concept art.  It's never easy matching up the two things, because the artist is working with an entirely different backdrop and other parameters.

I had lots of fun with the color transitions... greens changing into yellows and browns, etc.  It was important to get some of the blueish gray elements in there as well, to act as a bit of a buffer to some of the higher saturation colors.  I did most of those on the legs or the lower sections of the monster.

The views from above give you a glimpse at the boggy base, as well as the stones and other upper level surfaces.

There were so many branches everywhere!  I had to set this one aside every so often, so that I would not keep painting the same colors all the way through a given area.  By stopping, I would be forced to "lose track", and then start up again in a completely different spot.

Yes, that might be considered counter productive... and it normally is.  However, it worked out as I had hoped. :-) 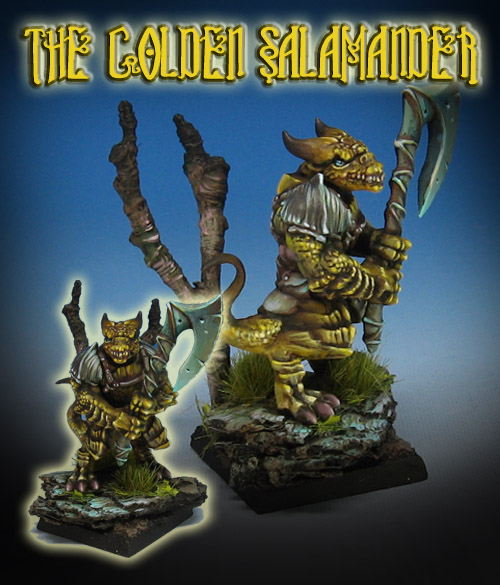 Here's another color take on the Kings of War Salamanders.

I started with a much more traditional greenish color, moved to a red, and now it's time for some gold/amber.

This was going to be a very fun color contrast to the rocks and the weapon, since I knew there would be more teal and purple there.  Reflecting a tiny bit of the amber onto that blade was going to create some dramatic shapes to be sure!

Still, I wanted to incorporate some reddish hues, so that the golds would be tinted towards amber.  You might see in the right hand image that the yellow is more of a green hue.  Again, it's all about creating as many different subtle color transitions as possible to make it more interesting to look at. 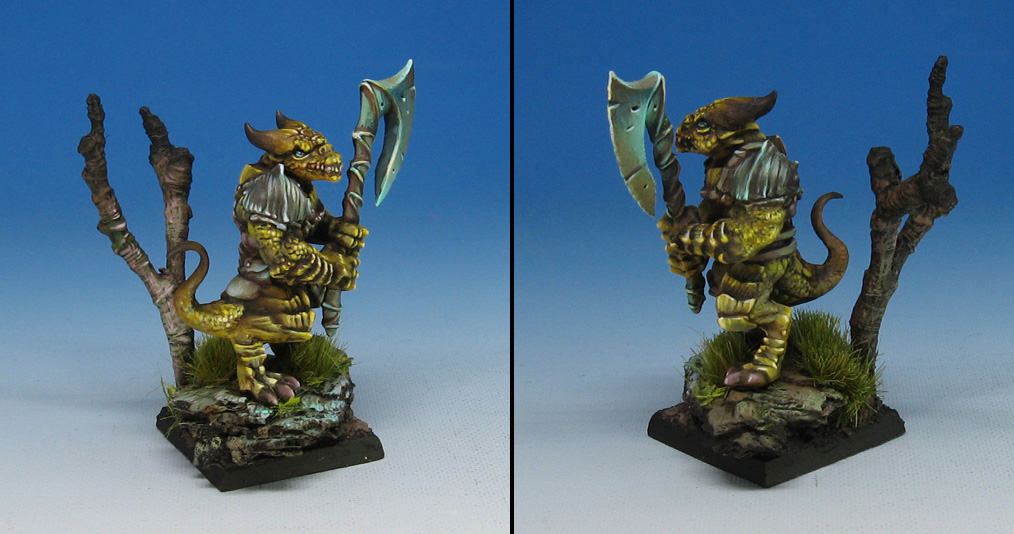 That was also going to tie in the 'skin' colors with the weapon and the rocks, even the shoulder armor. 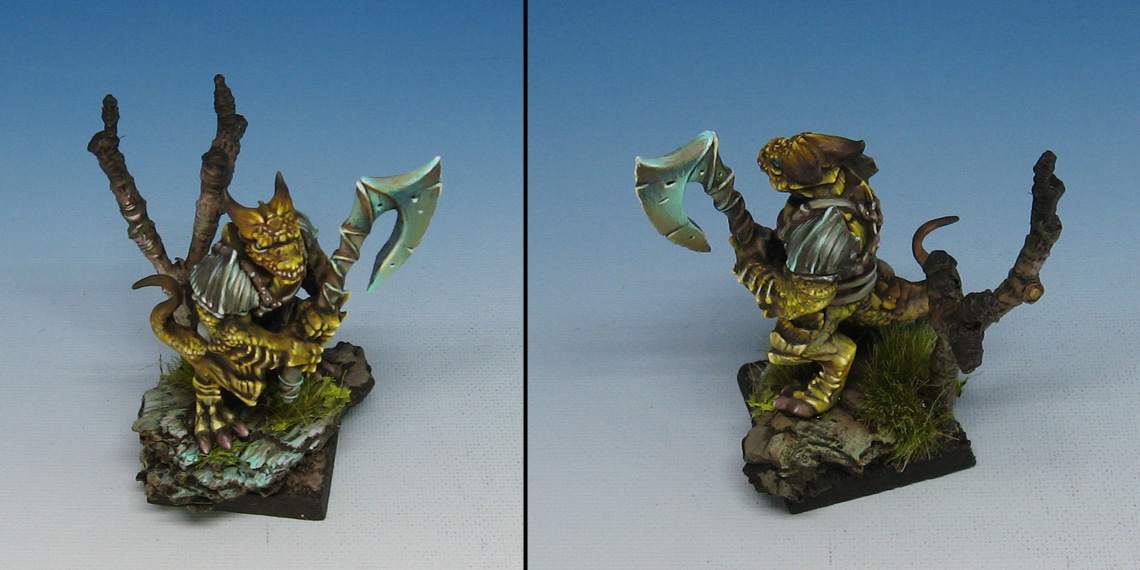 One last view to show the overall scene.  While I have also painted entire units of lizards the same color, it is a lot more fun to experiment and play around with those colors!

Posted by wappellious at 2:19 AM No comments: