The Great Battle of... Something 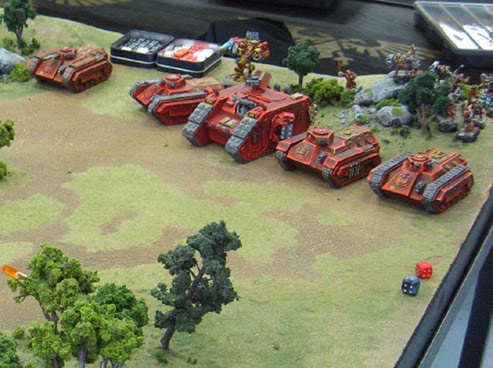 Once again, I ran into some images from a big battle involving the Demonhunters.  Unlike the previous batch, these didn't have titles on them.  As a result, I can't give you any particulars on what happened exactly, but the pictures do sort of speak for themselves.

This was a battle pitting Loyalist Guard and Demonhunters vs Traitor Guard and Chaos Marines.  It was A.J. and I against Rich, as usual.

I thought this might be interesting for you to see, since it was the only battle I could find that images of all the scratch sculpted vehicles.  The 4 Chimeras, the Land Raider and both dreadnoughts were scratch built. 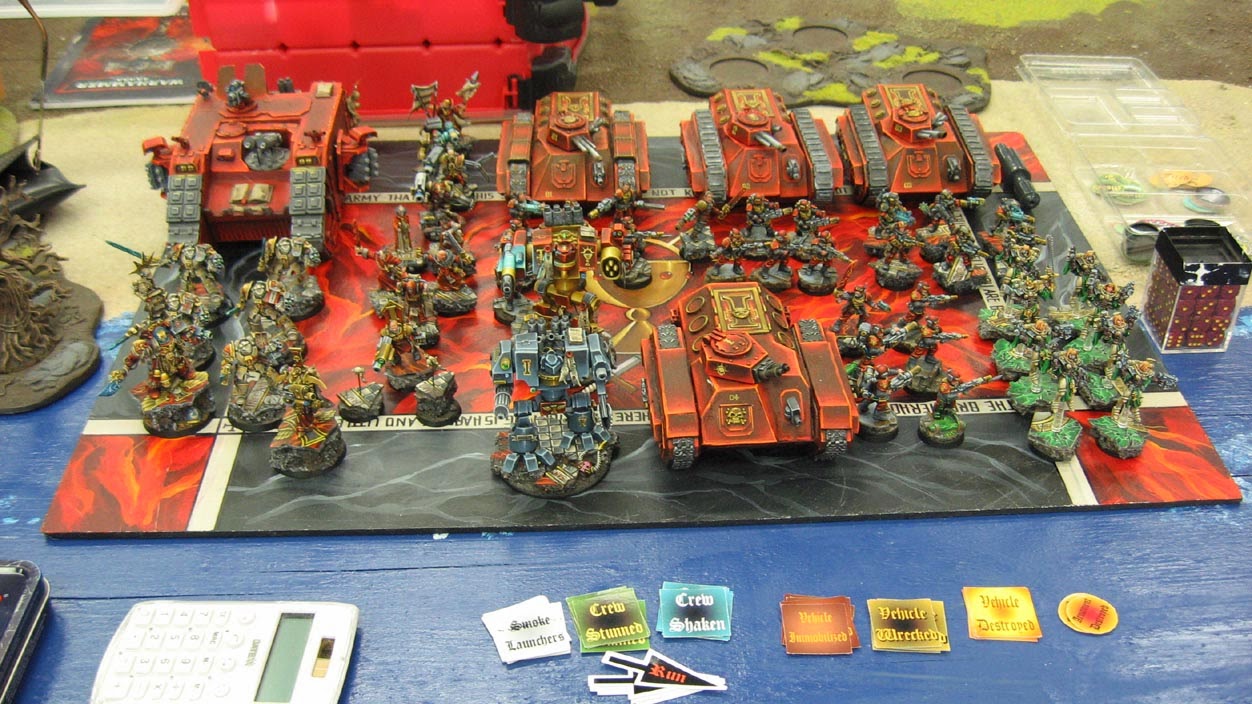 And his Chaos Space Marines. 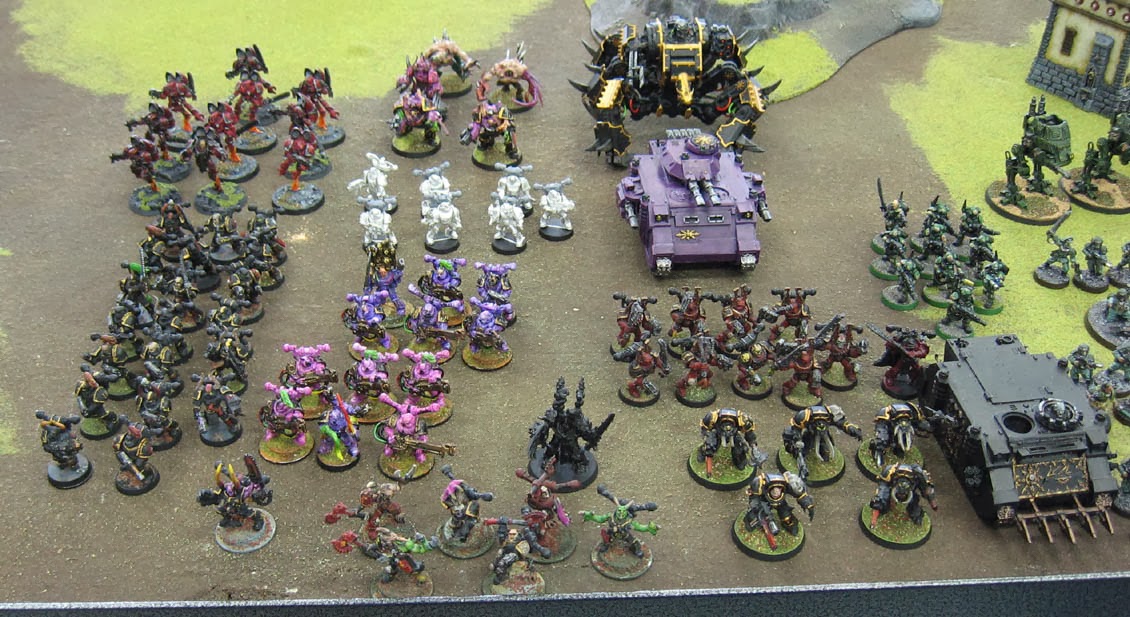 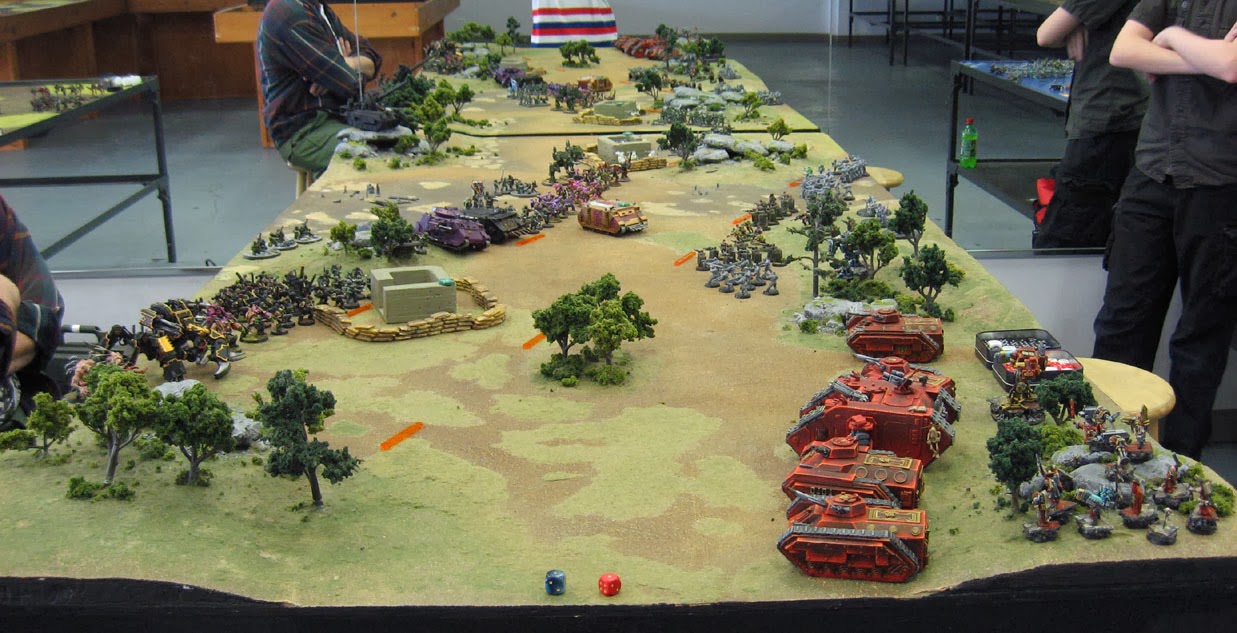 As I looked at the pictures, I could see that it was another objective based game, although the C 'n C area in the middle of the board appeared to be of significant importance. 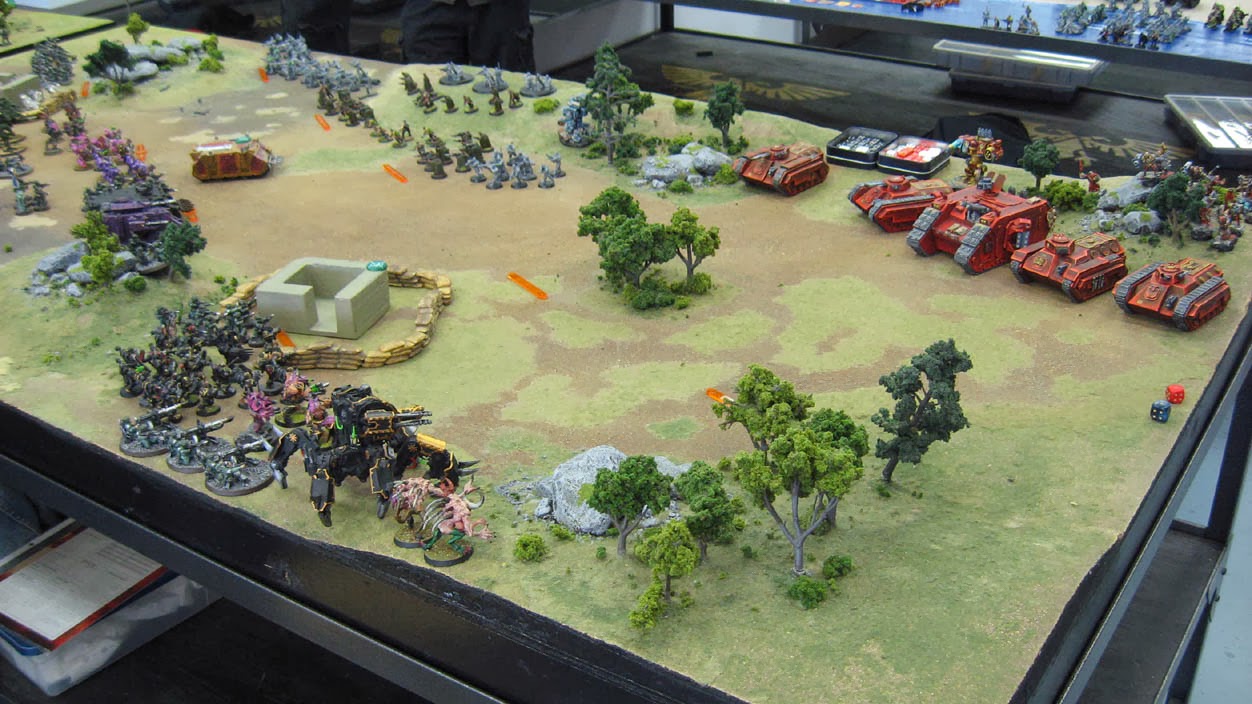 Looks like a Chimera/Raider rush all along our left.  The white puff balls are obviously smoke launchers :-) 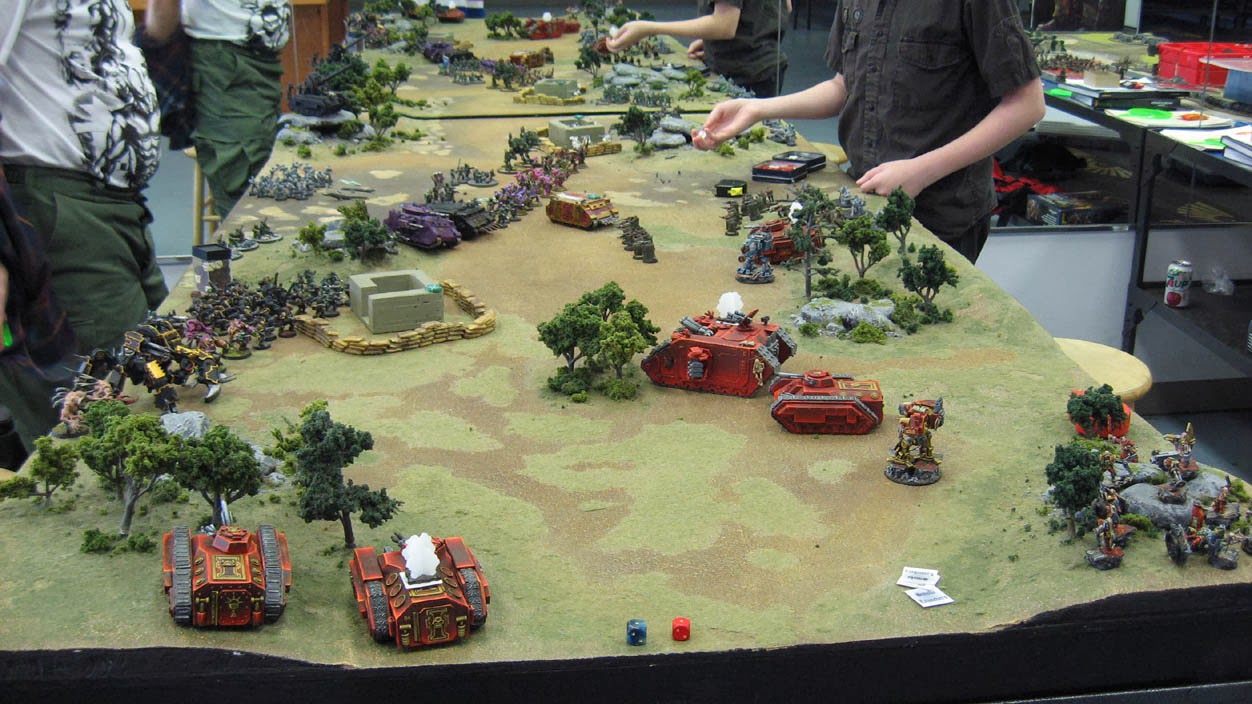 You can see AJ on the right, so this was probably 4 years ago.  It was one of the few 5th edition games I ever played.  Rich seems to be contemplating his next move. 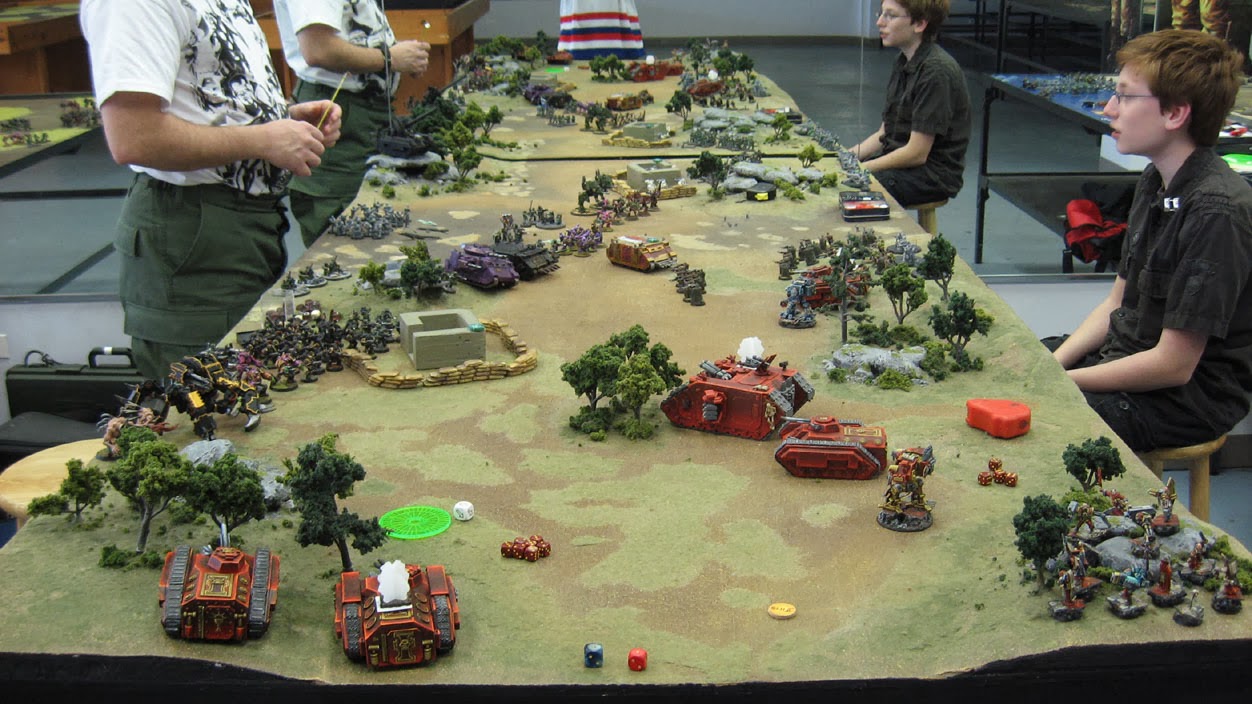 It seems like the Chimeras survived for the most part.  A.J. had Tanith Guardsmen that were going to outflank on the right and the read of the Traitor Guard, but we had to wait a while for that.

I will post the rest of the images later tonight, so stay tuned for the exciting conclusion!!!! 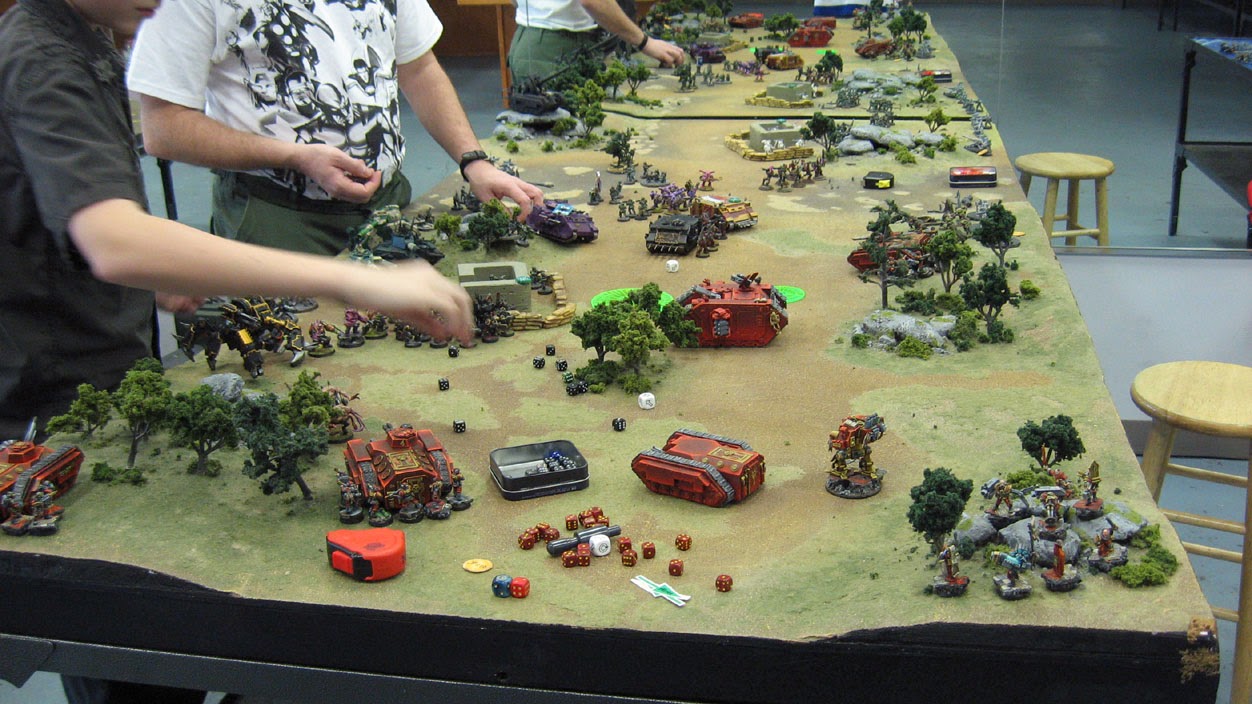 Posted by wappellious at 3:10 PM 2 comments:

The Four Pestigors of the Apocalypse 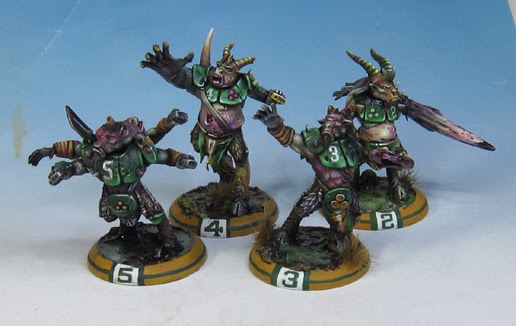 The Pestigor group complete.  Next up, the Rotters and Warriors! 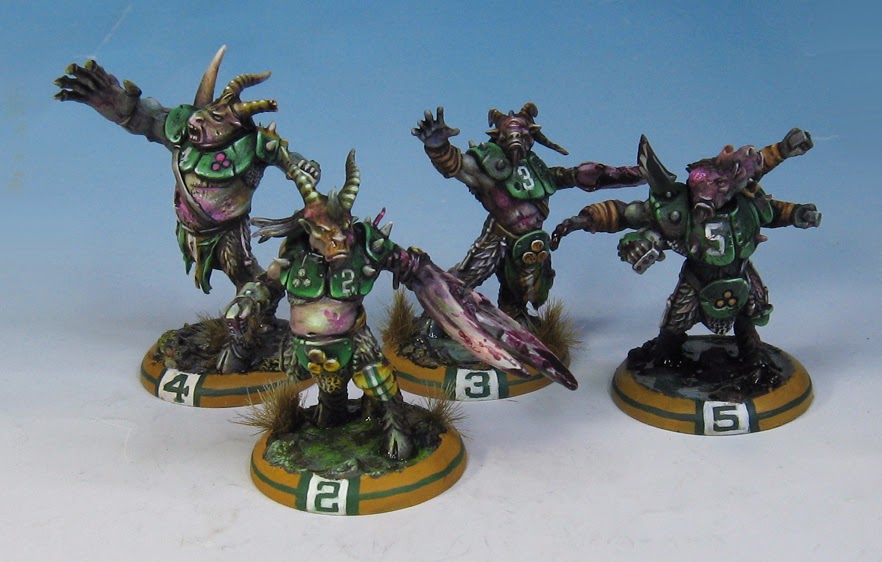 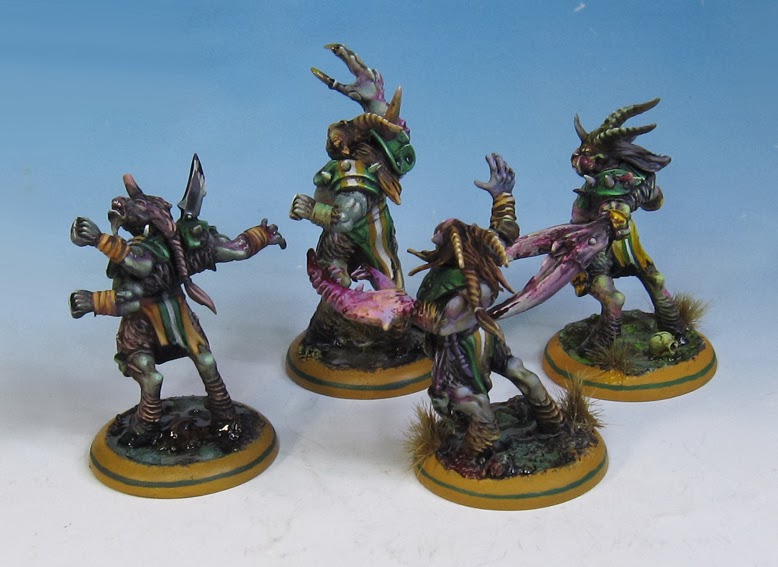