Getting Happy with paint. 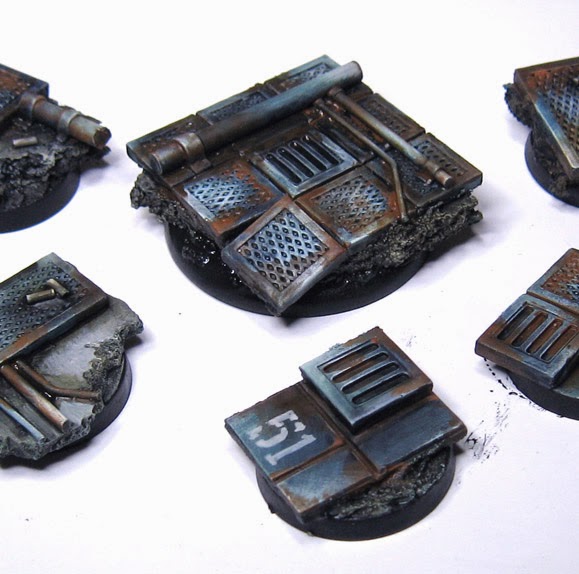 All right... finally time to show the images of the painting process.

For those not familiar with this string of posts, these are bases that I made using one of the Happy Seppuku moulds.  Go on their website and see them!  You can also check out previous posts on this topic. 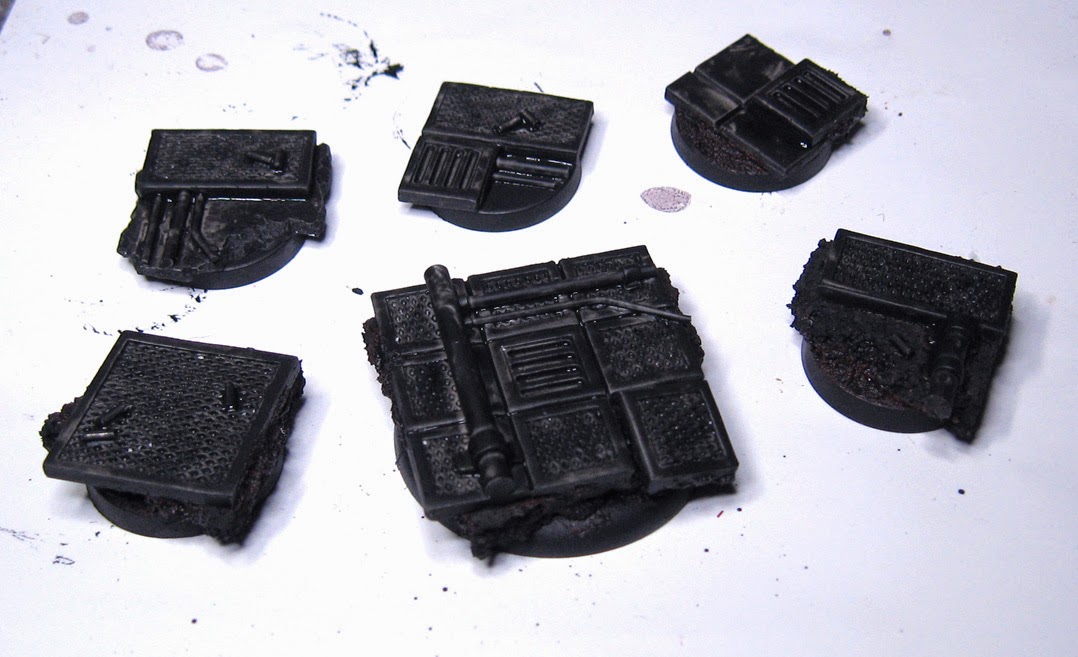 I started out with some tan for the non-metal part of the bases. 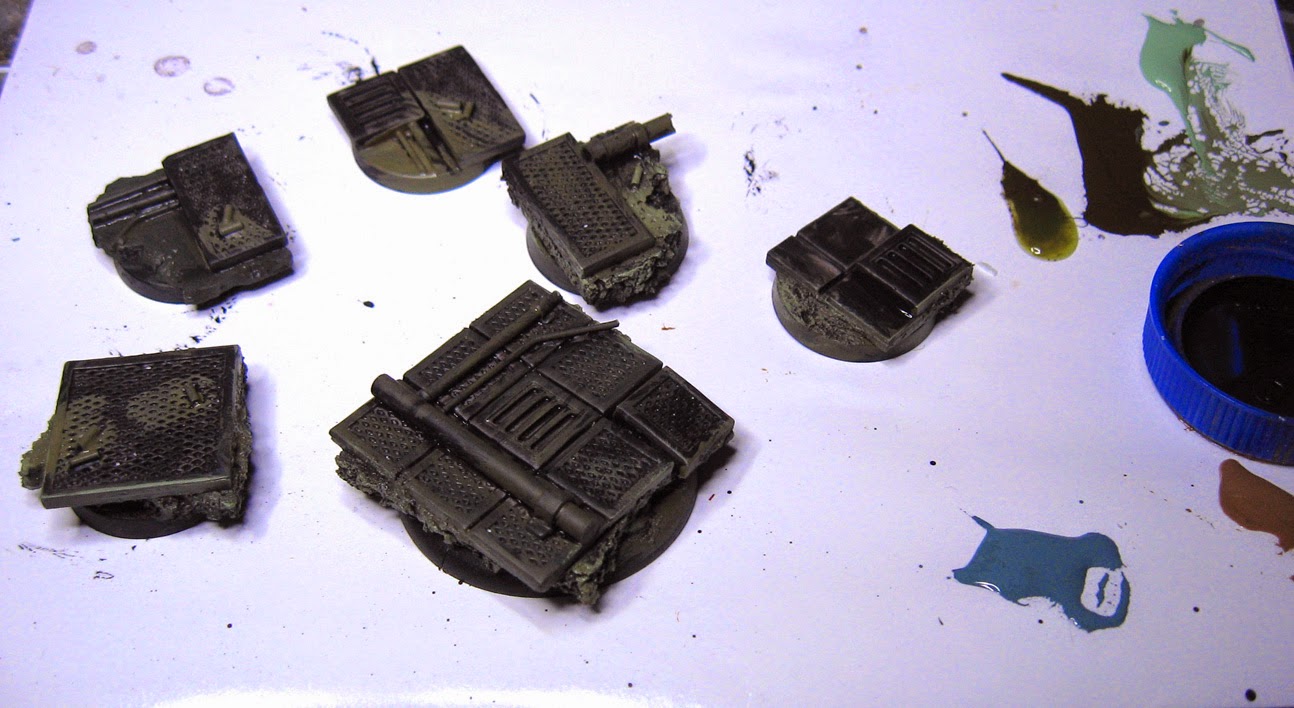 Once that was done, it was time to apply some dark blue-gray. 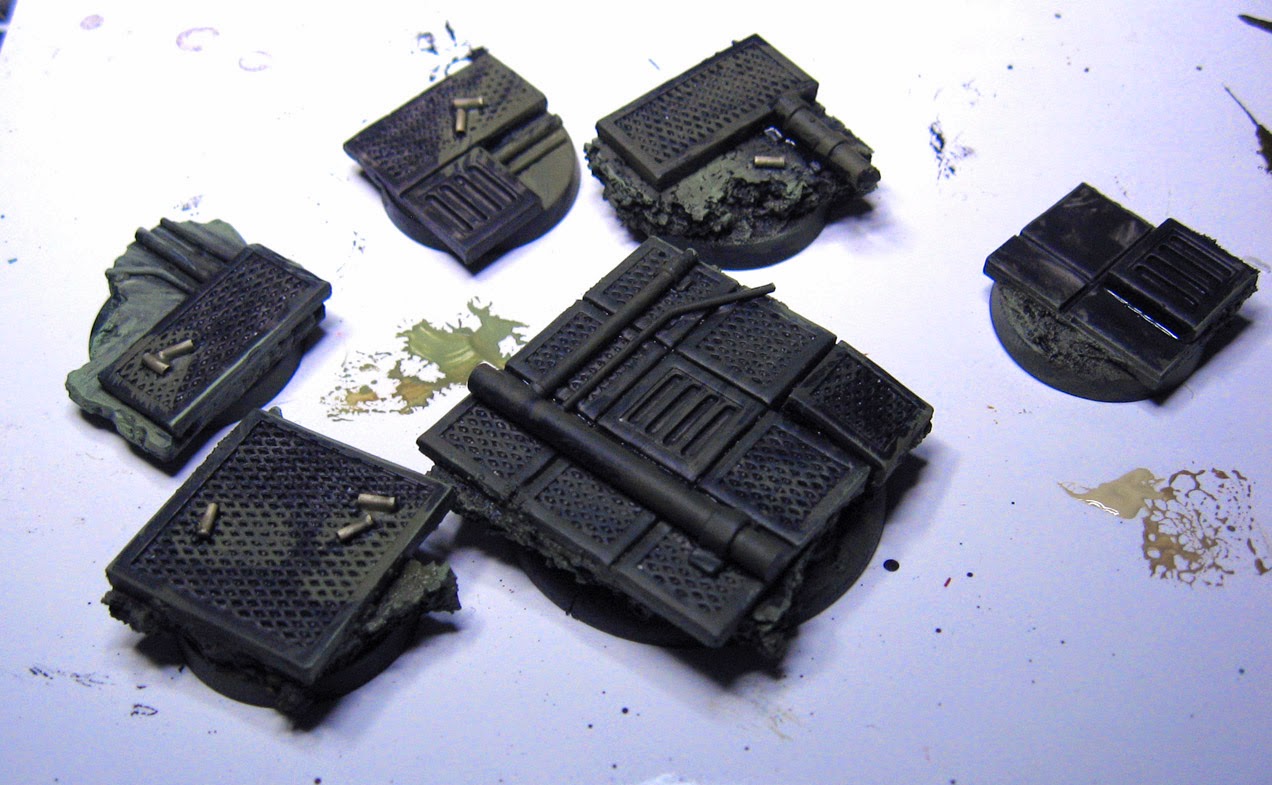 I gradually lightened the mix... 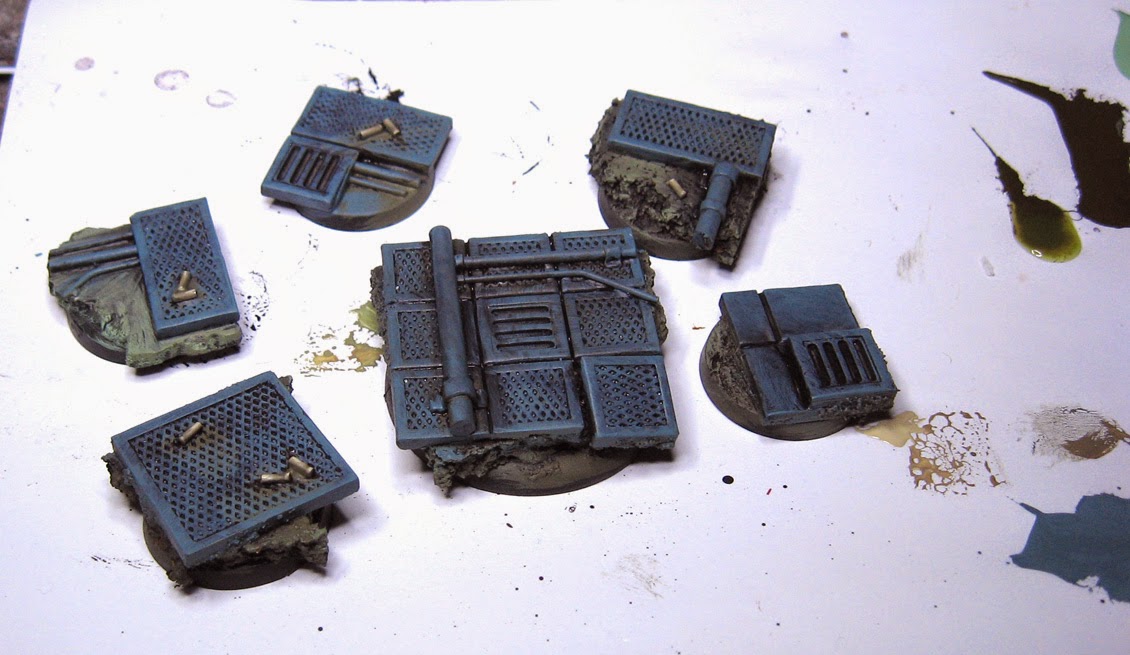 I lightened it some more, making sure to get more green or more brownish grays here and there. 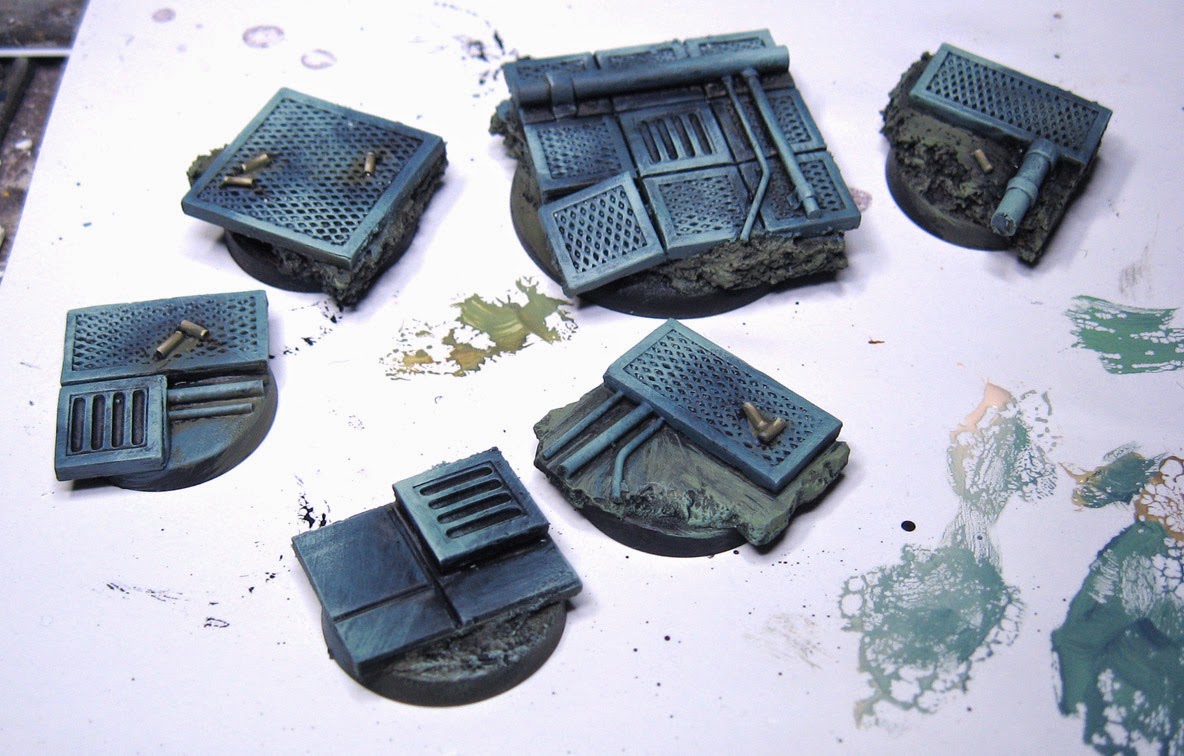 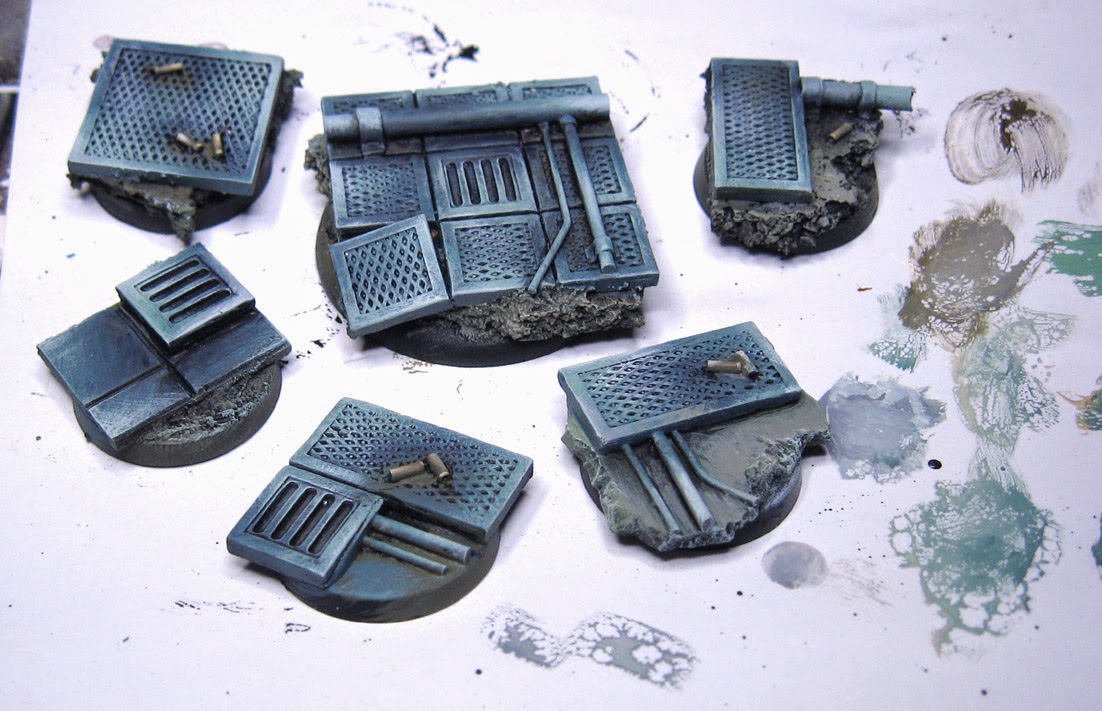 Glazing time!  I have a variety of colors from Secret Weapon, Vallejo and Reaper. 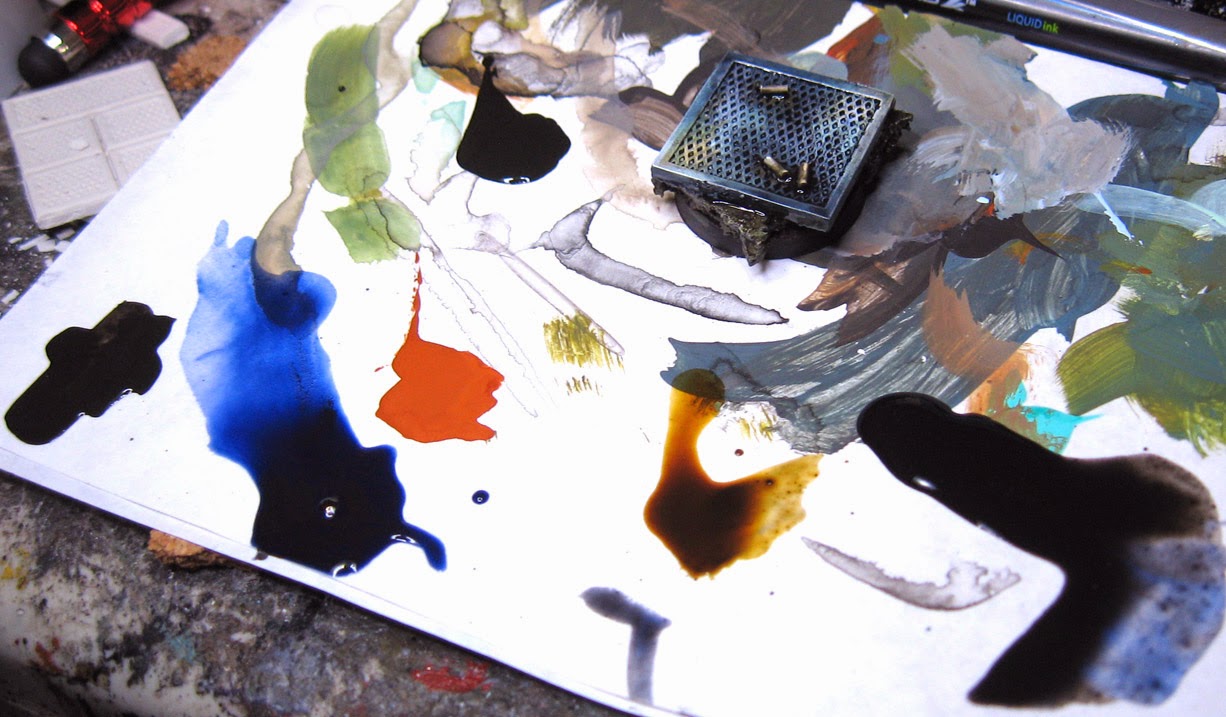 Even the initial blue/black glazes make a huge difference. The Shaded Basecoat technique applies to basing too! 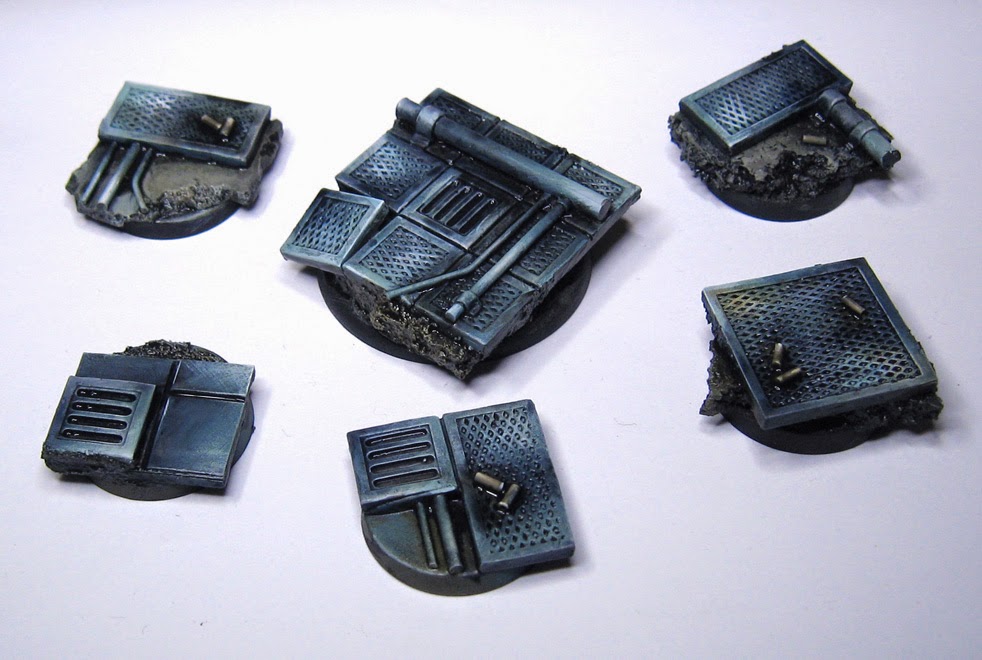 Gotta have some rust effects, beginning with a mix of glaze colors and a reddish brown. 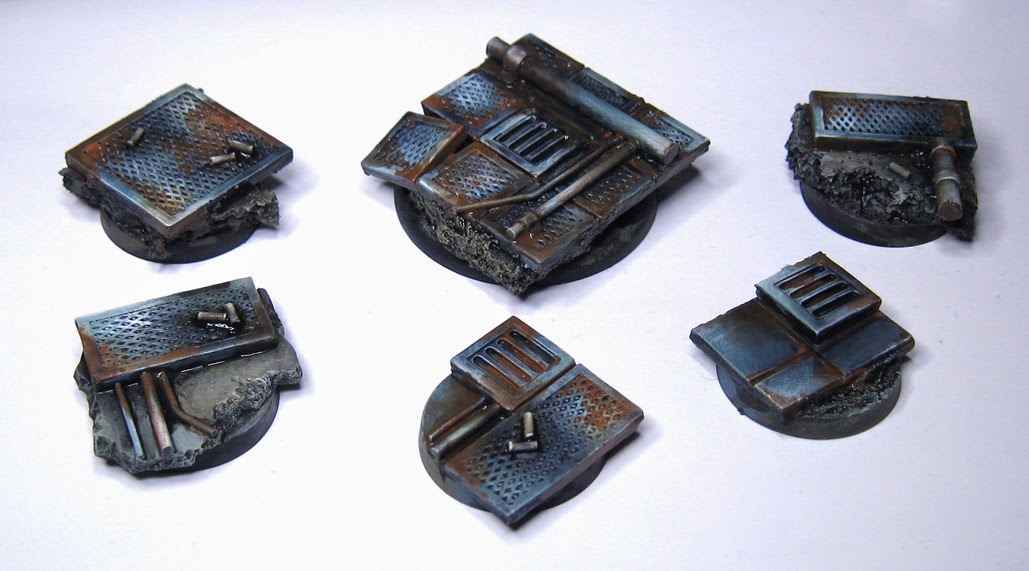 Adding a little more orange to that to make it lighter.

Just a few more details and tidbits, and they will be all done!!! 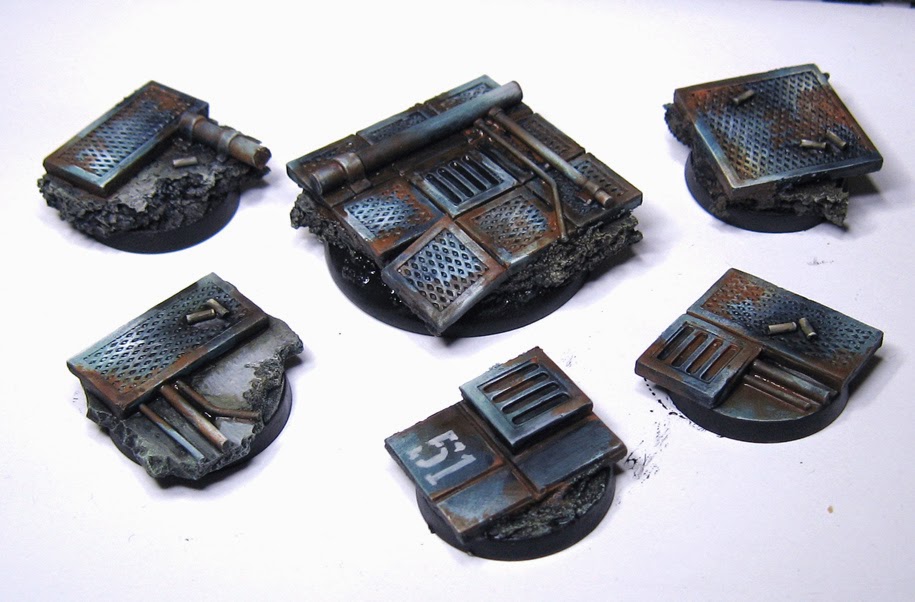 Making a case for the Dragon 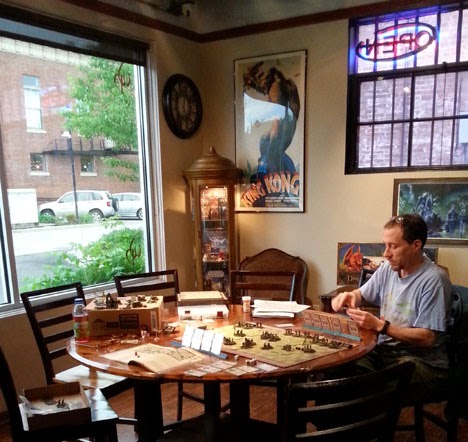 With all the chaos and mayhem that has been a part of daily life for almost 2 years, heading over to the Wandering Dragon Shoppe has been an imposibility.

I have only seen the Shoppe once since the move to the new store, and that was at night when it was relatively  crowded.  That meant I didn't get to see some of the incredible things that Kevin and Laura have done with it!  Fantastic.  Just look at this room!!! 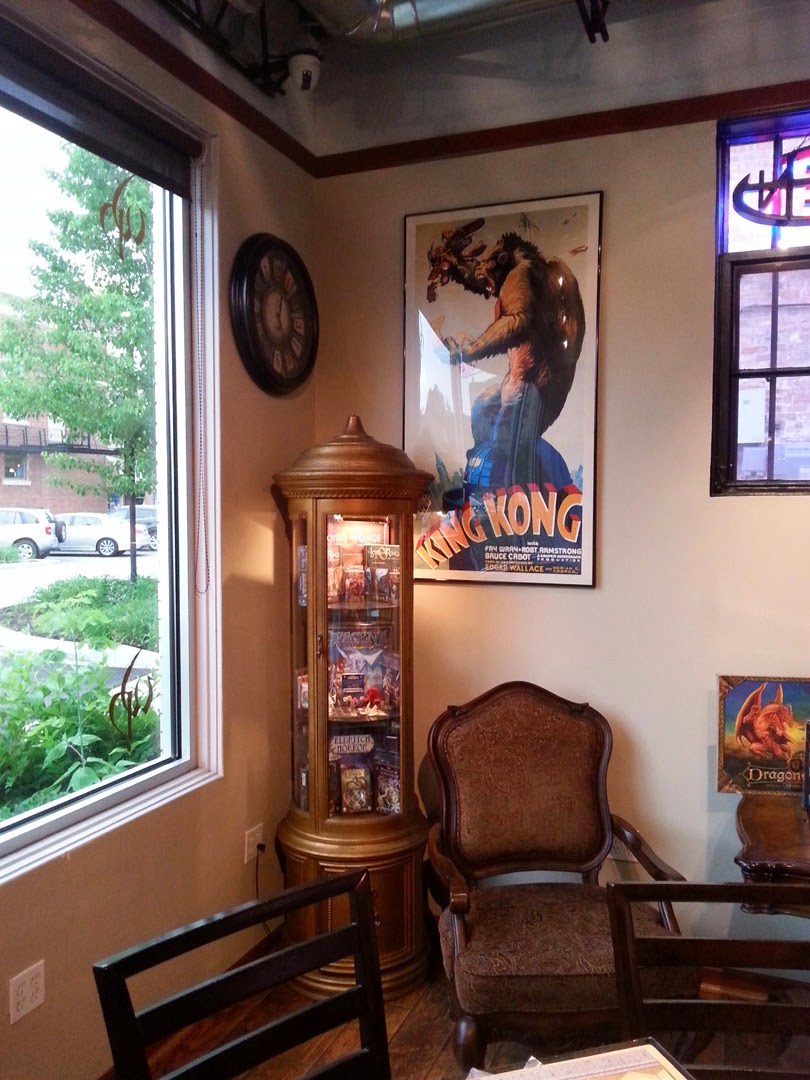 It is truly a Palace of Gaming.  This is still the same room! 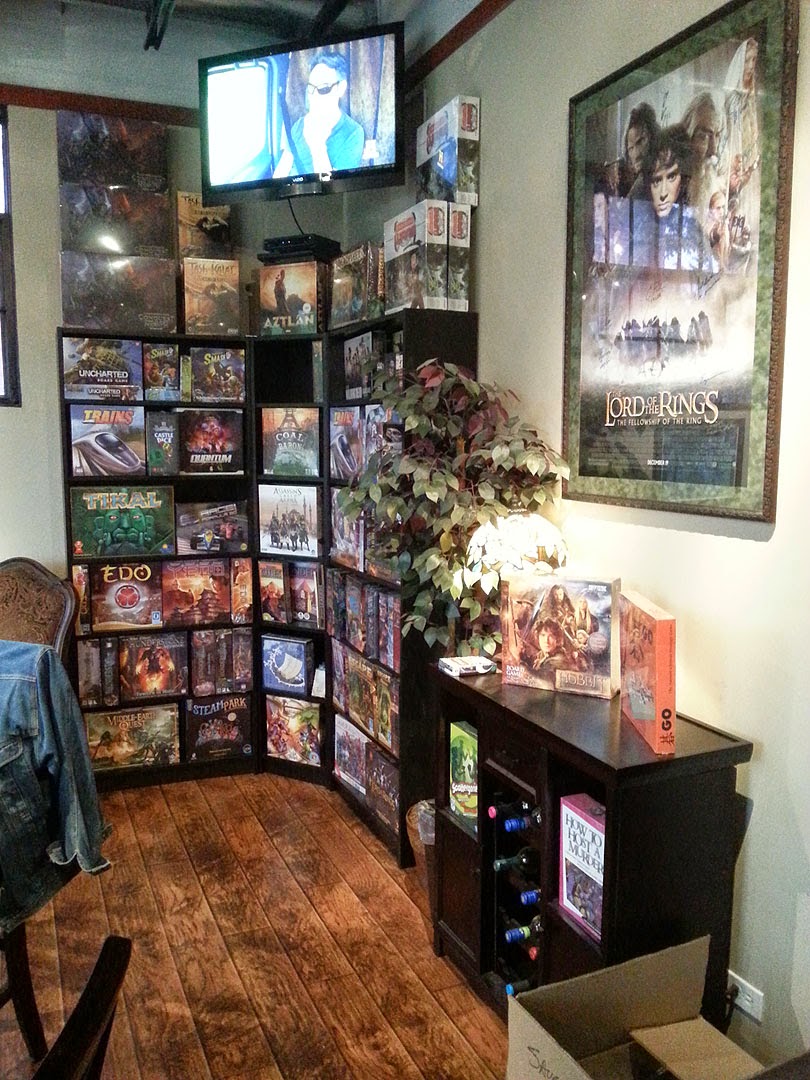 I don't think these were around the last time I was there.  In fact, there are so many sizes and types of cases, I don't think I was able to spot them all! It was like an Easter egg hunt.  More and more of them everywhere. 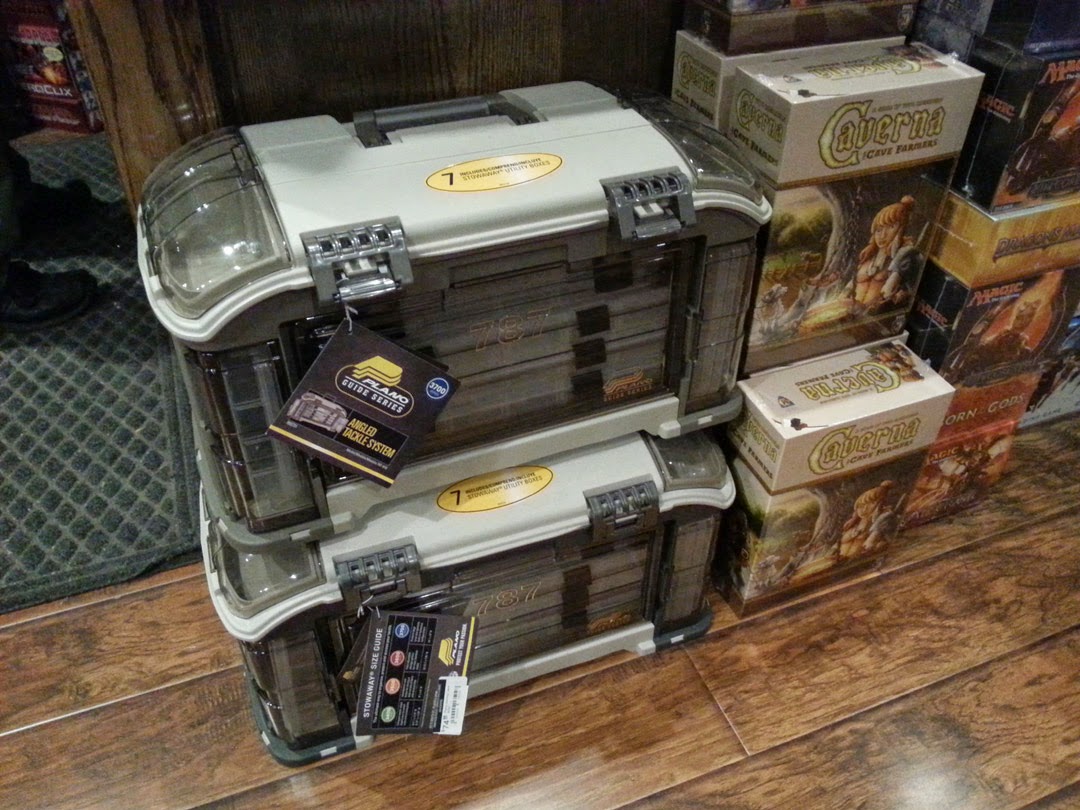 There were small cases, inserts, craft boxes, and some of these very large cases, which would work for gaming stuff, painting stuff, and anything else imaginable. 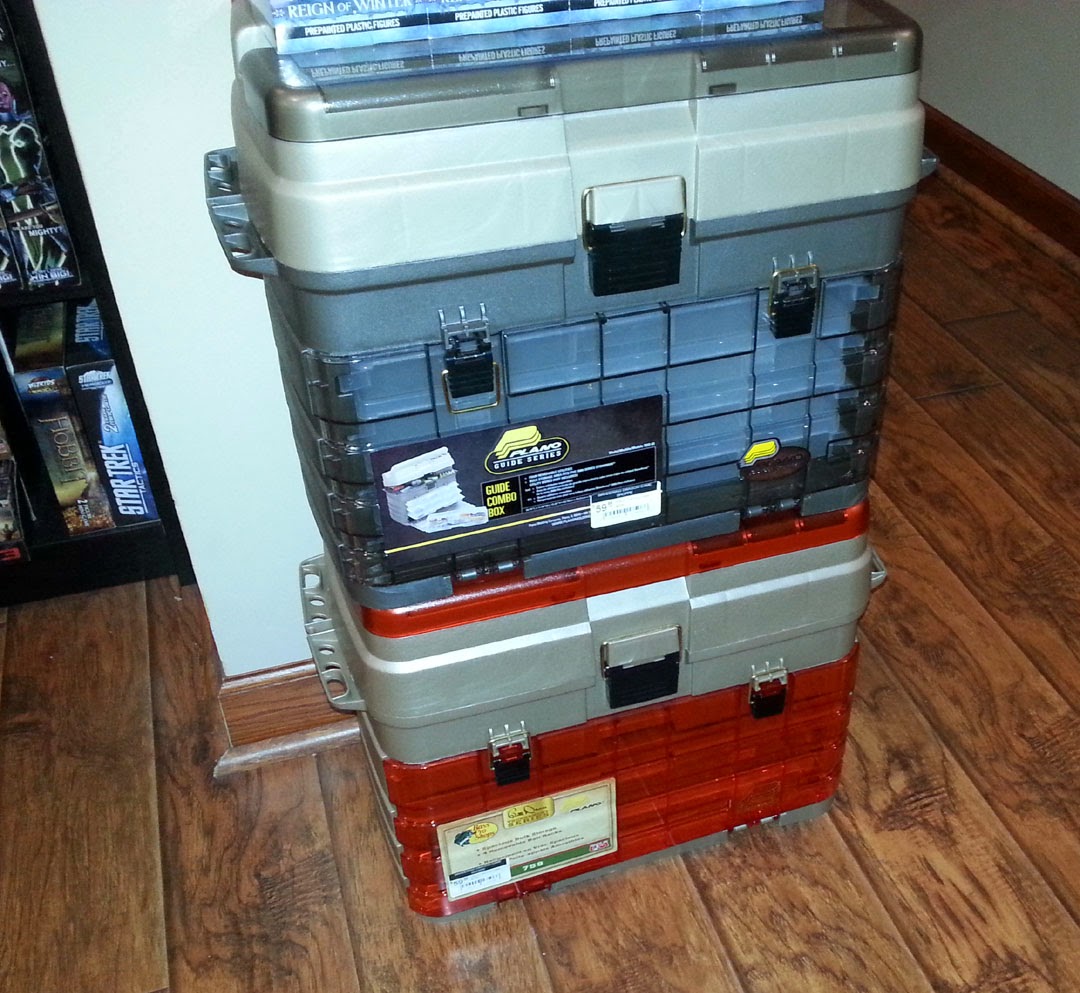 The wall of X-Wing and the Star Trek version... 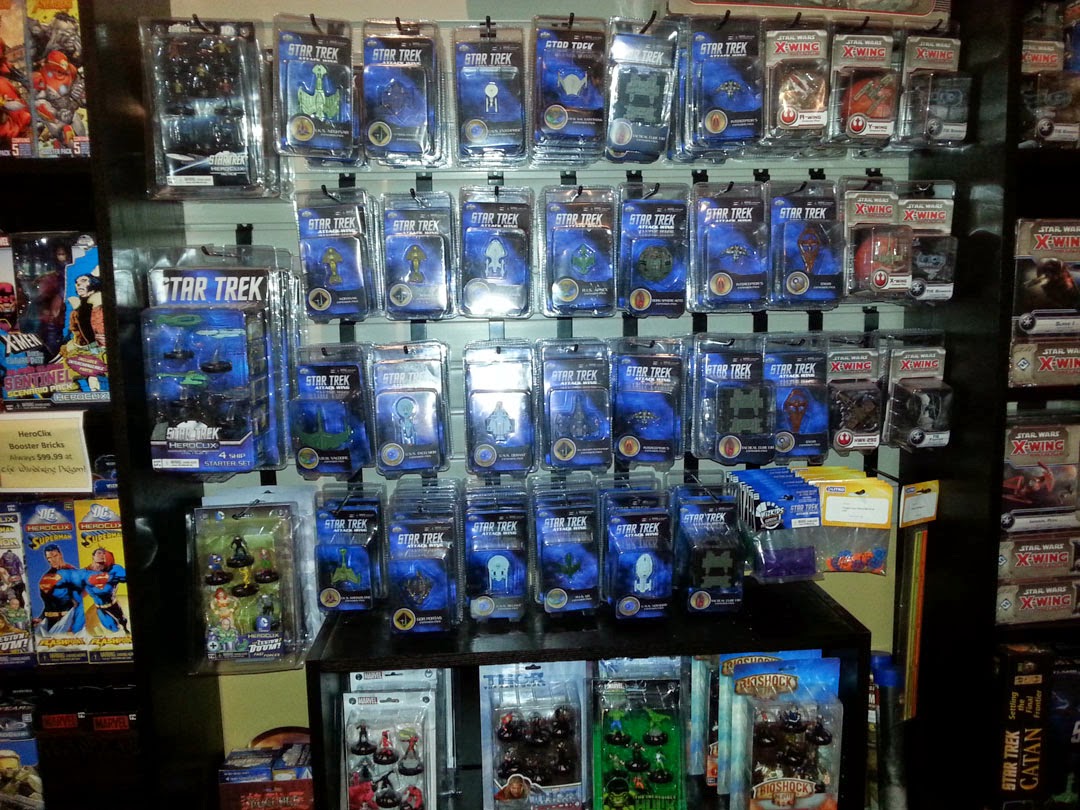 The hobby section continues to expand as well.  Paints, minis, tools, supplies... the list goes on and on. 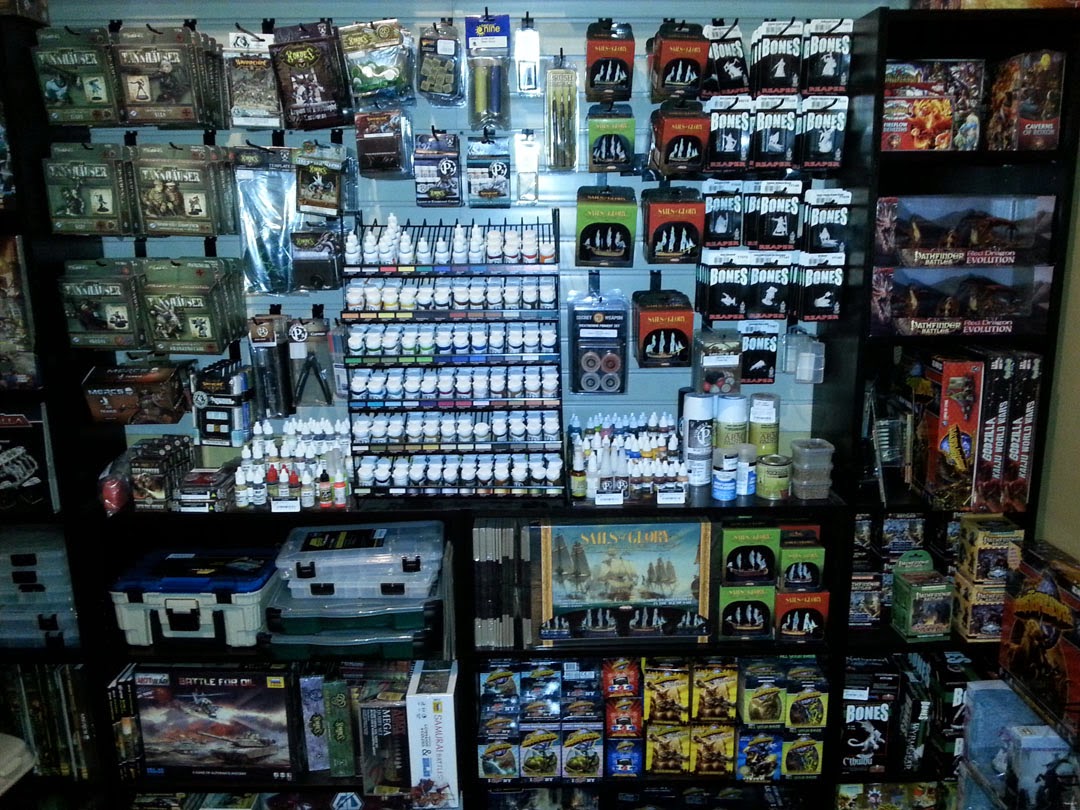 Down this hall you will find room after room for RPG's, tournaments, private games... it's like a castle that you need to map out like a D&D game. 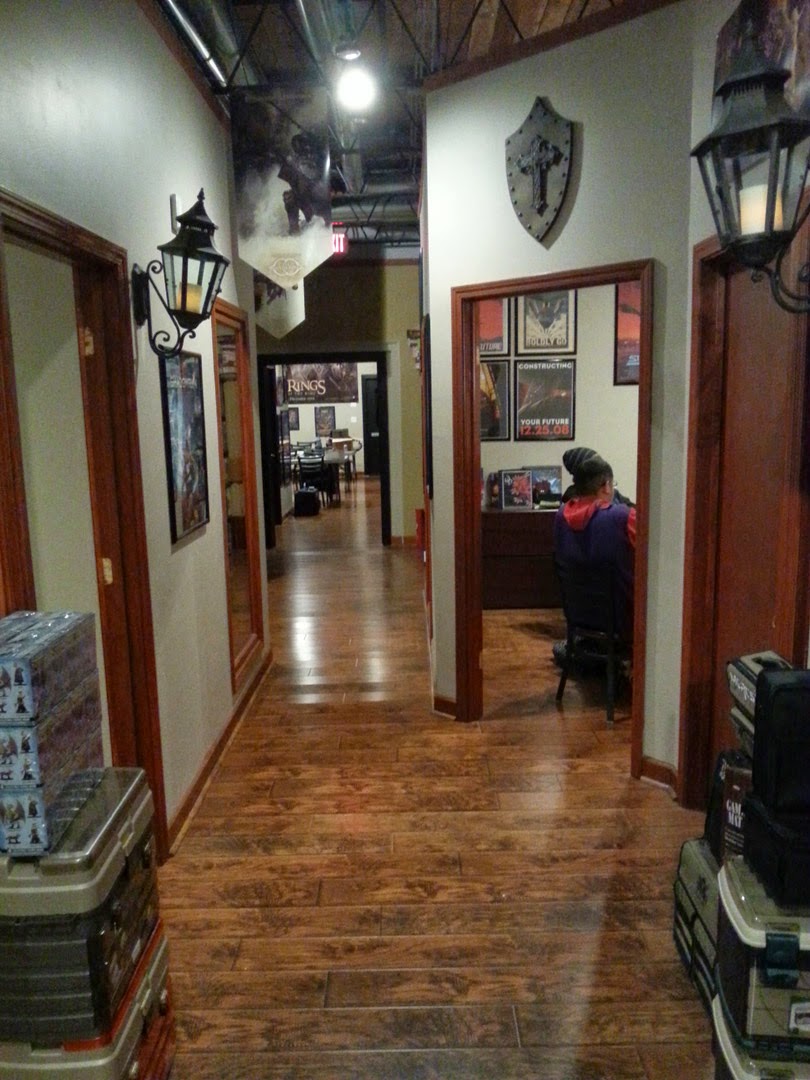 Just one more area, this near the register. 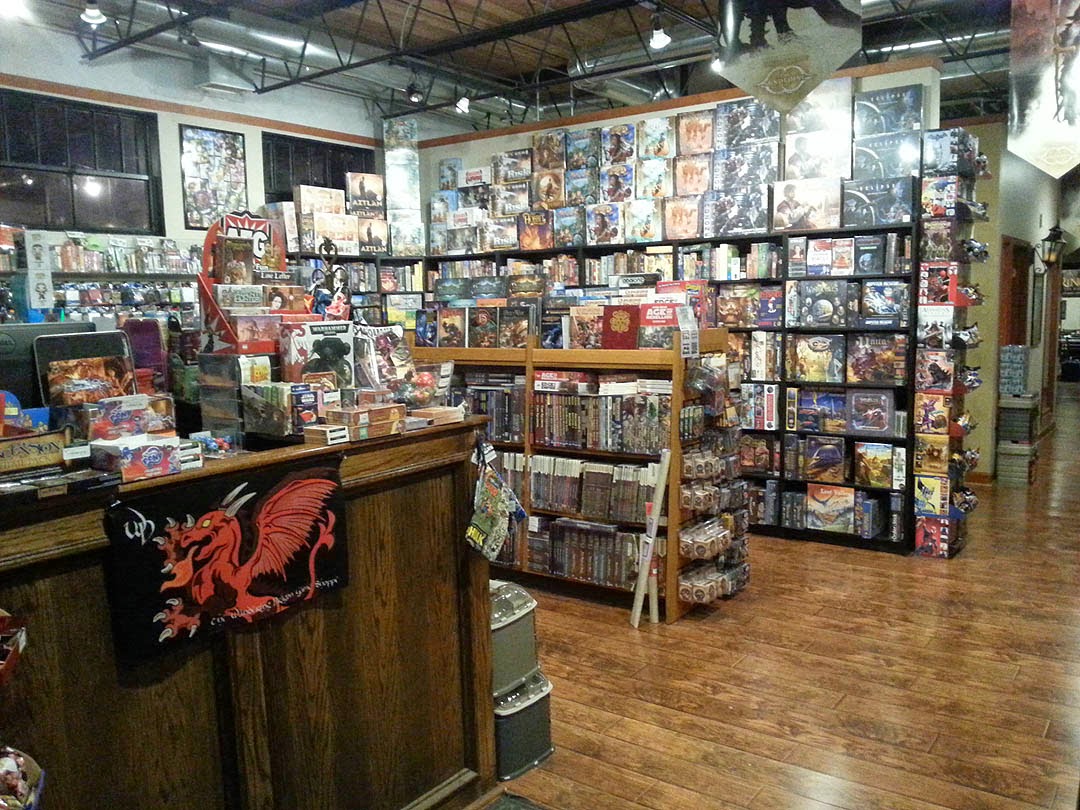 We were also able to take advantage of the Menu Book that is also part of the Dragon Shoppe experience.  This time, pizza was chosen, delivered right to the room!  Wow... 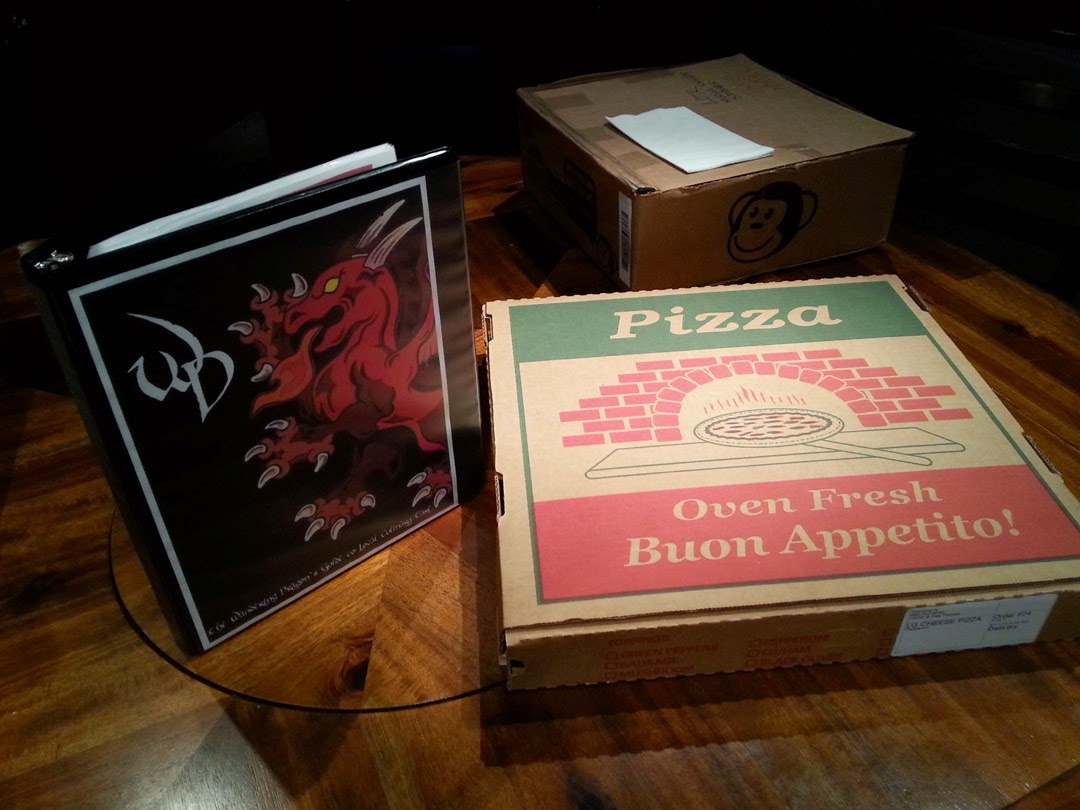 I guess I should mention that a few games were played.  This was a common sight as I played the Germans in the first round.  It's hard to believe that I was able to keep the score as close as I did in that first game.  The margin was 6-4... almost 6-5.  That  meant a good game as the Americans could still yield an overall victory.

Sure enough, my tank brigades made mad dashes around the flanks of the dug in Germans, which enabled the double envelopment tactic.  I managed a 6-3 victory, for an overall 10-9 win! 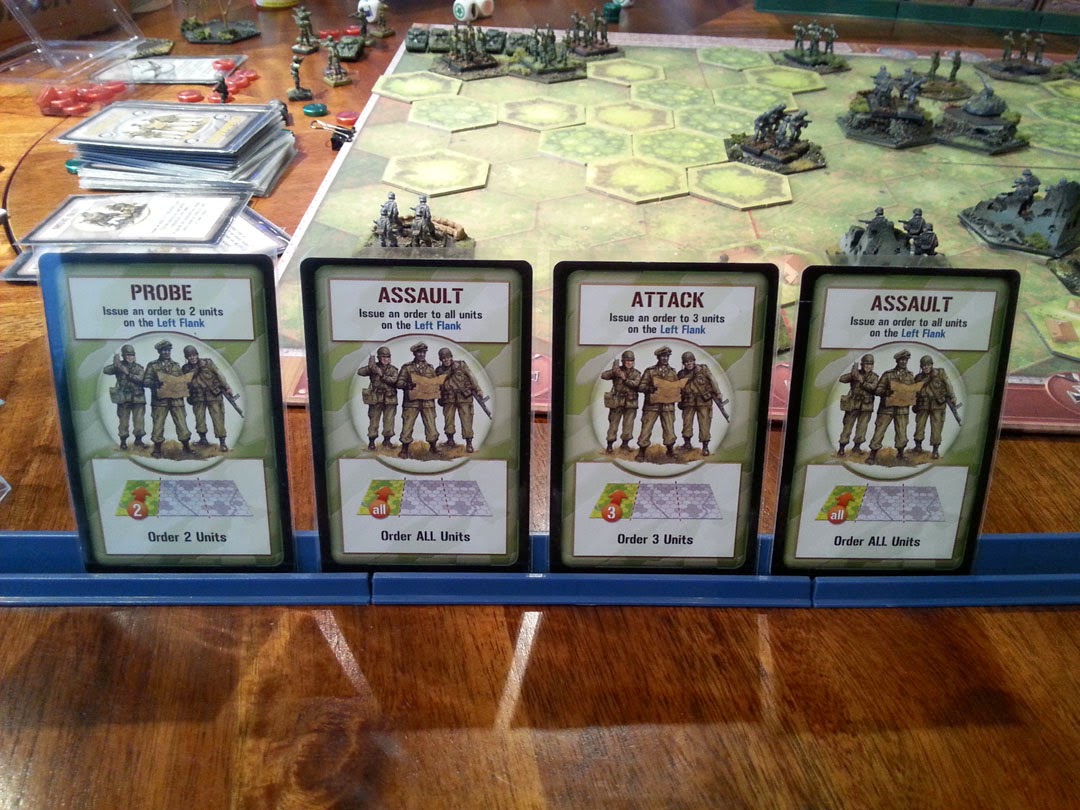 Setting up for that first game.  Many thanks to Rich for hauling me out there, and to Kevin and Laura for being such wonderful hosts!! 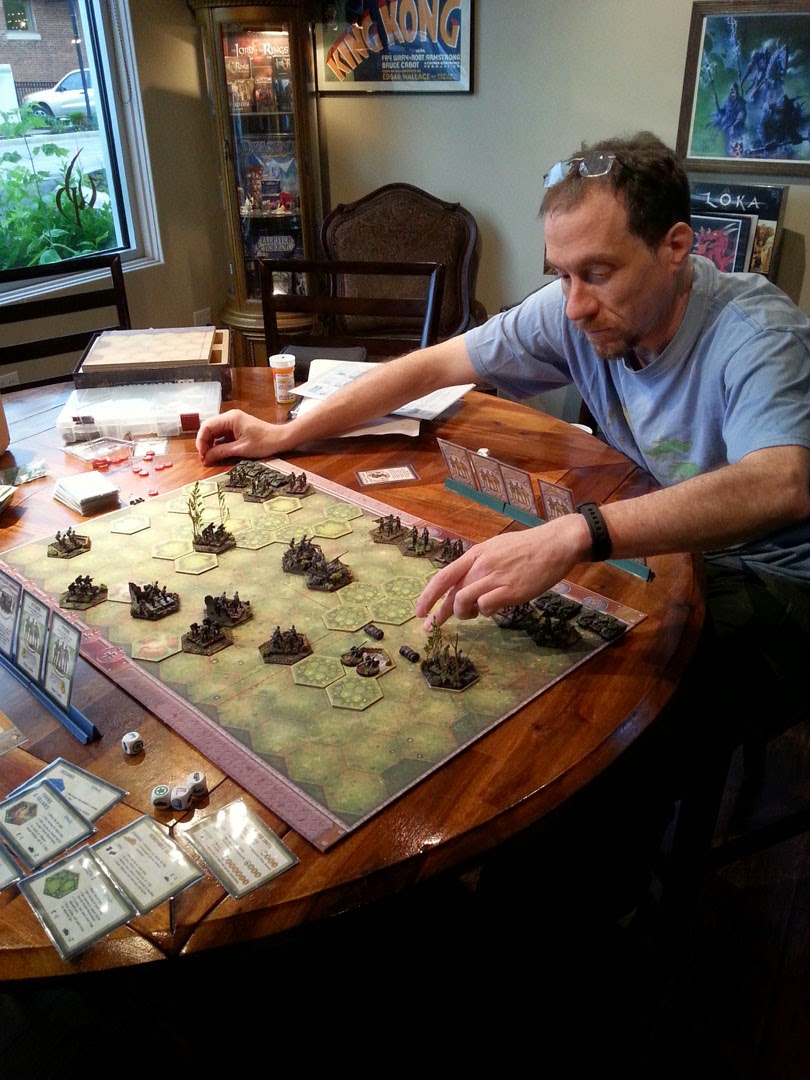