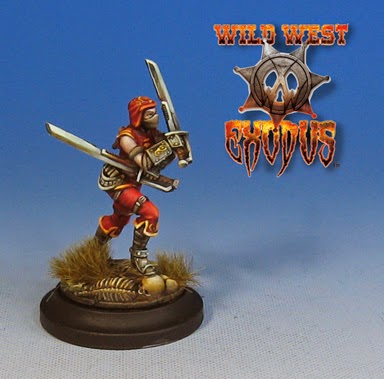 Here she is... the second Yi sister from Wild West Exodus.

The kickstarter enters the final day.

Posted by wappellious at 3:02 PM 2 comments: 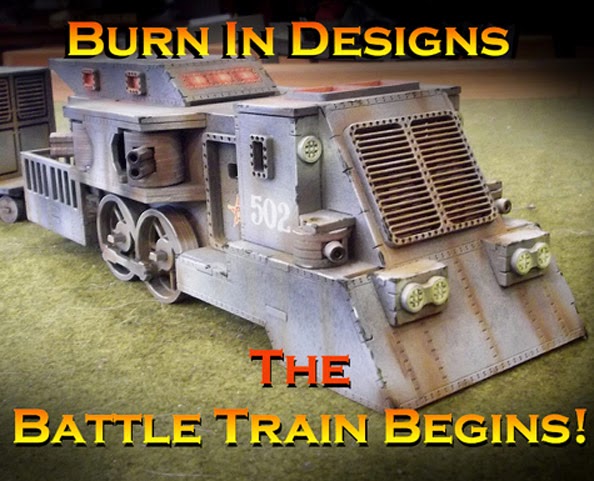 With the return from Adepticon not quite achieved, I attempted to get some paint on it prior to our podcast.

The initial layers were simply a mix of black craft paint and some metallics. 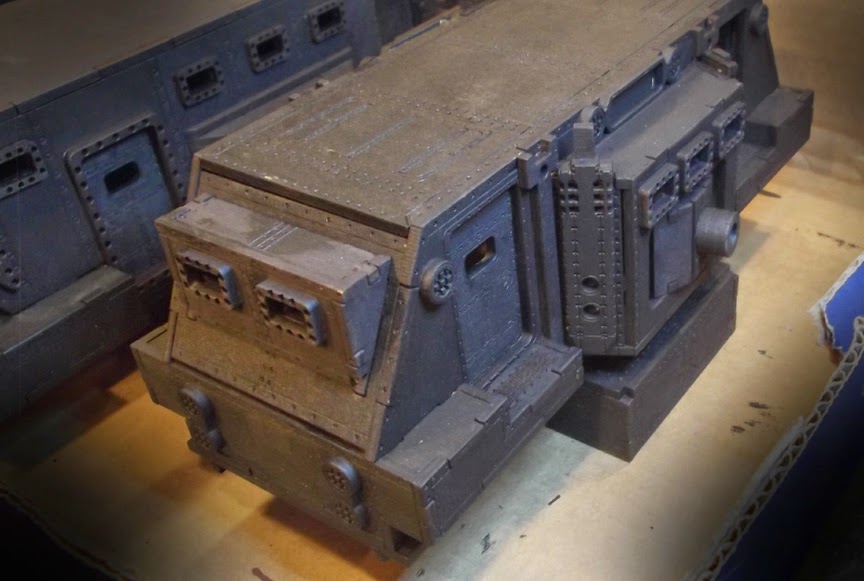 These are still early days in the painting process, but I wanted to sketch out some things. 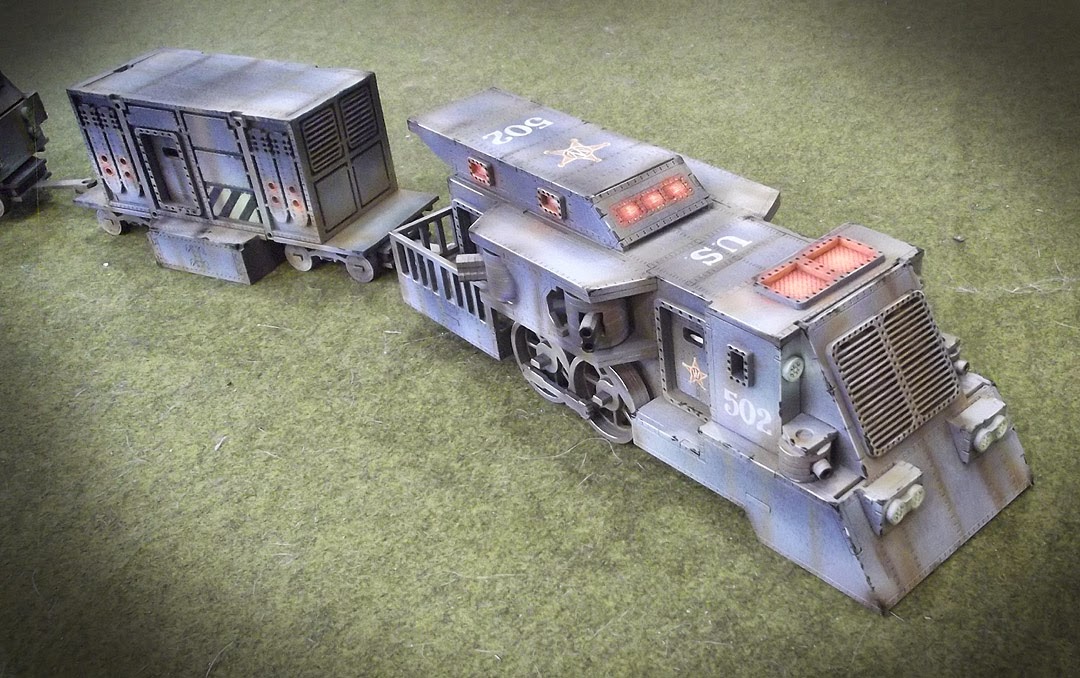 I really was not set on a particular color scheme, but I knew that I wanted it to be a hybrid of what I was doing with both the Lawmen and my Union posses...

So, the markings would definitely have to be a combination of both!

Much more detail will be added as time goes by, but I am working through what might be RJ-1027 glow, weathering, and other items.

Lathan is also working on some rails for this beast, which will truly complete the ensemble.

I will be picking out lots of the rivets, using weathering products, such as Secret Weapon powders, and more. 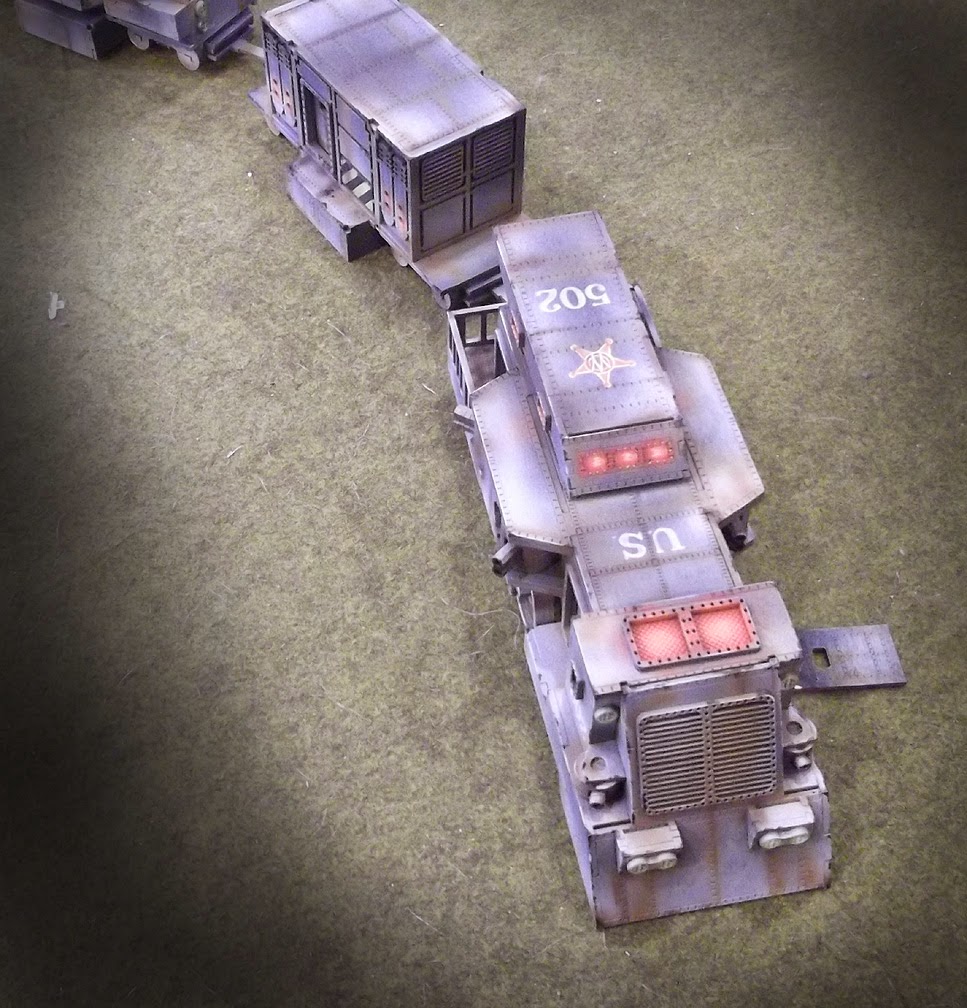 The interiors have no paint at all, so I will be doing that in the coming days as well.  That will not be easy, as I will have to dig that brush down into those crevices... 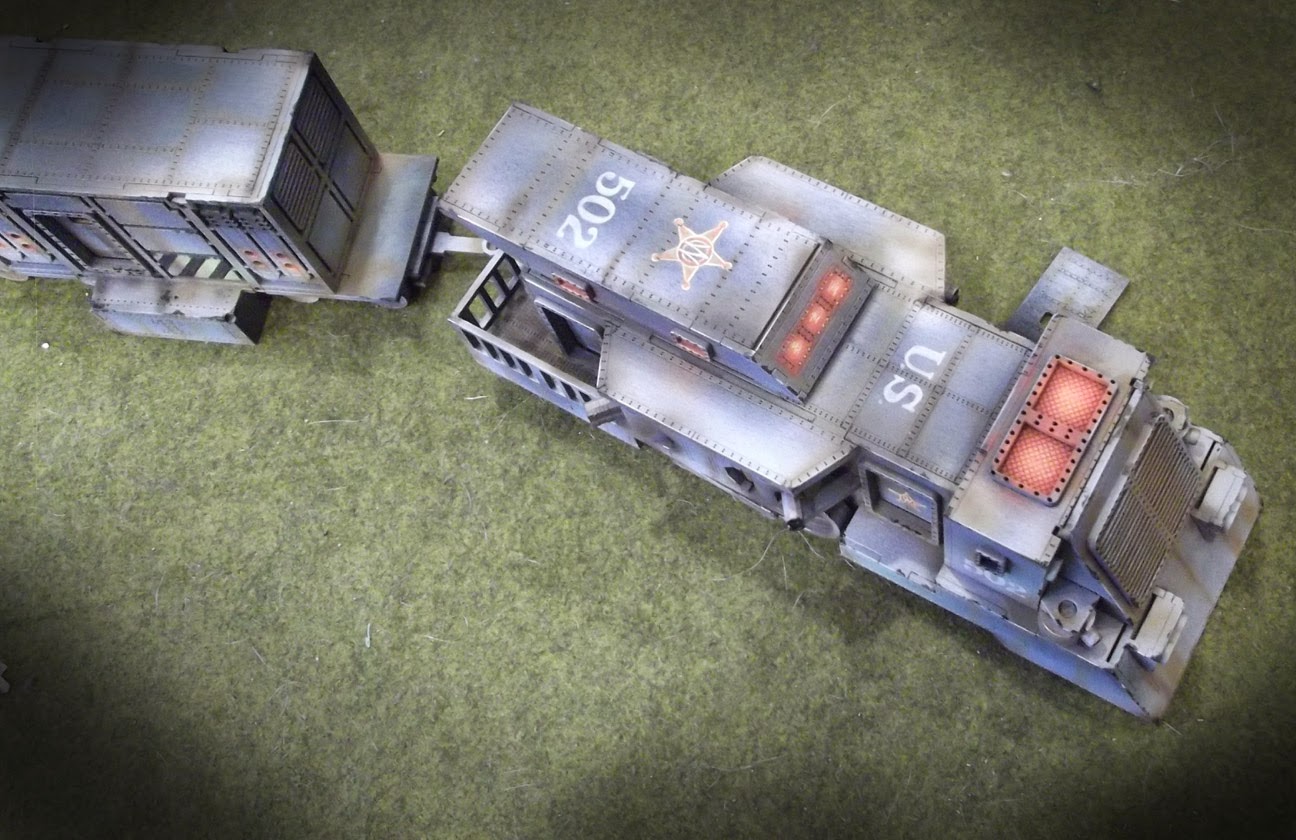 Looking back at an even earlier stage, you can see what the rear cars looked like with no freehand, and no picking out of edges, or anything of the sort.

I knew that it would make a significant difference, but I am really surprised just how much it has!

There will also be a lot of reinforcing of the darker lines, which inevitably get wiped out a bit.  I will also be doing some final layers of dust powders along the bottom sections of each car as well.

I decided that this train should be part of the Union Pacific Railroad, as all of the trains are coming from the Eastern U.S.  These trains will be loaded with all kinds of heavy gear, destined for Wappelville.

After the recent epic battles in town, there will be much that needs to be replacing.  Interceptors, Ur Lawbots, even more of the terrifying air machines!!

Carpathian will not allow such massive amounts of weaponry to get to Wappelville... I think it's quite likely that the dastardly alliance of Carpathian and Jesse will lead to serious carnage on the Rails!!! 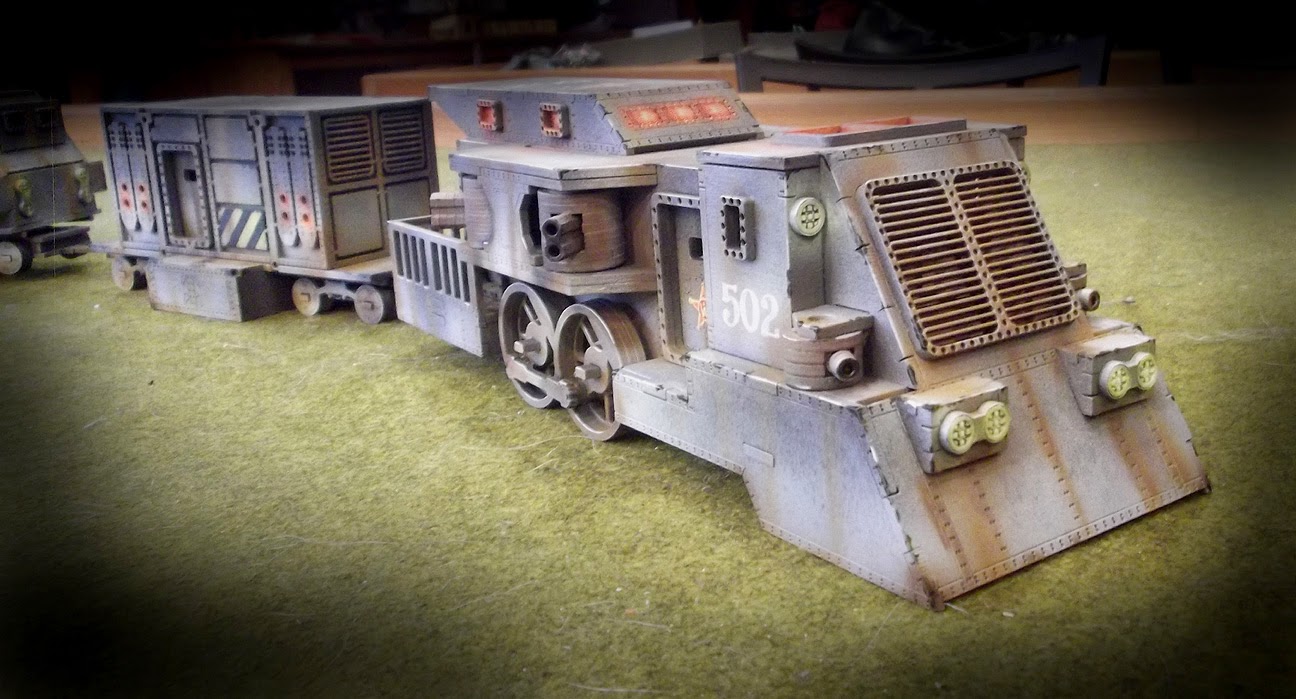