Houses in a Hurry 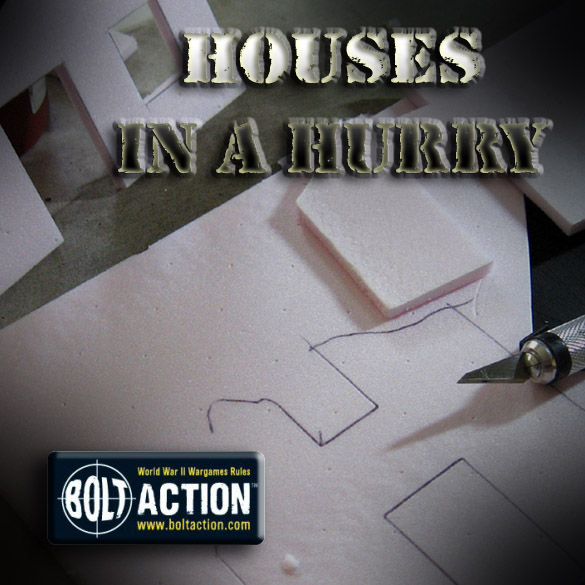 Just like I needed the Lorriane transports in a rush... and the 105mm howitzer... a host of terrain was needed for our weekend test of Bolt Action. 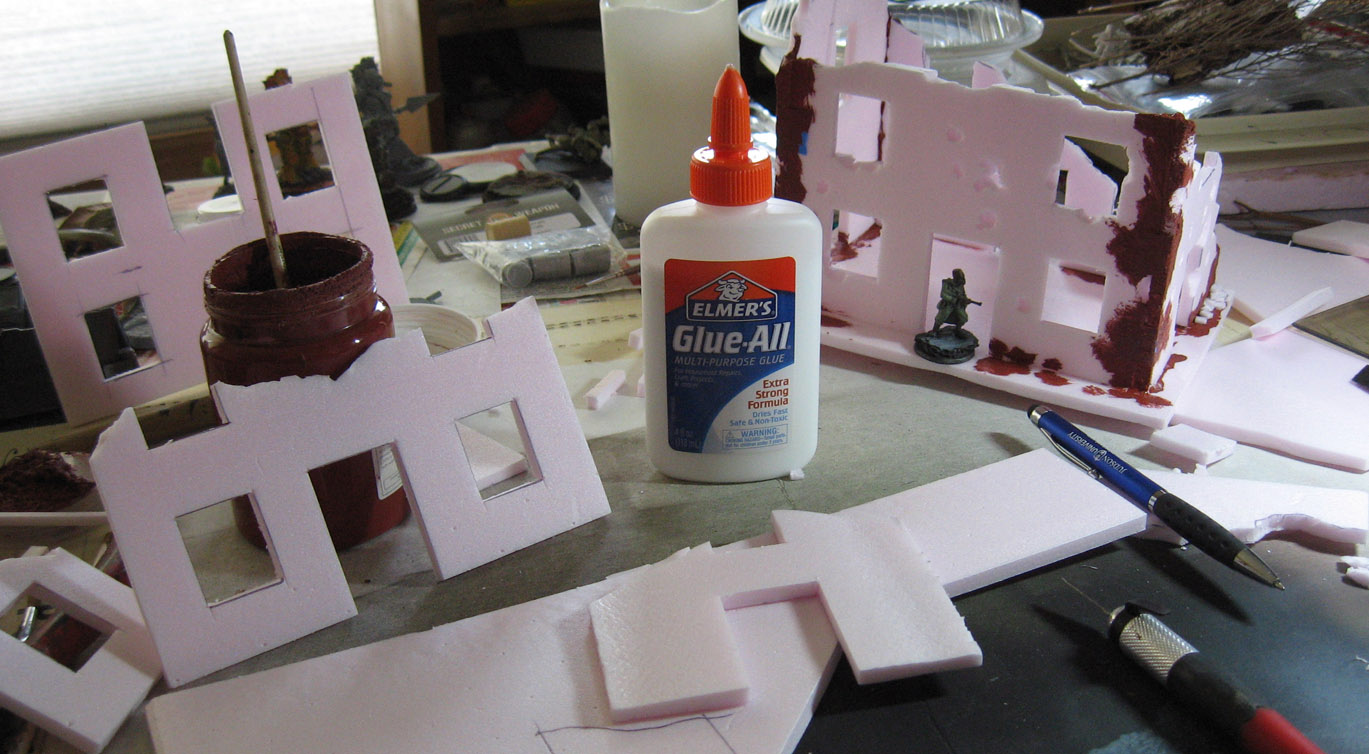 The first step was to take some measurements and generate some simple building shapes.  These were designed to reflect the structures that Dan was providing.  My original building was 'intact', which meant that I could make ruins of various levels of destruction. :-) 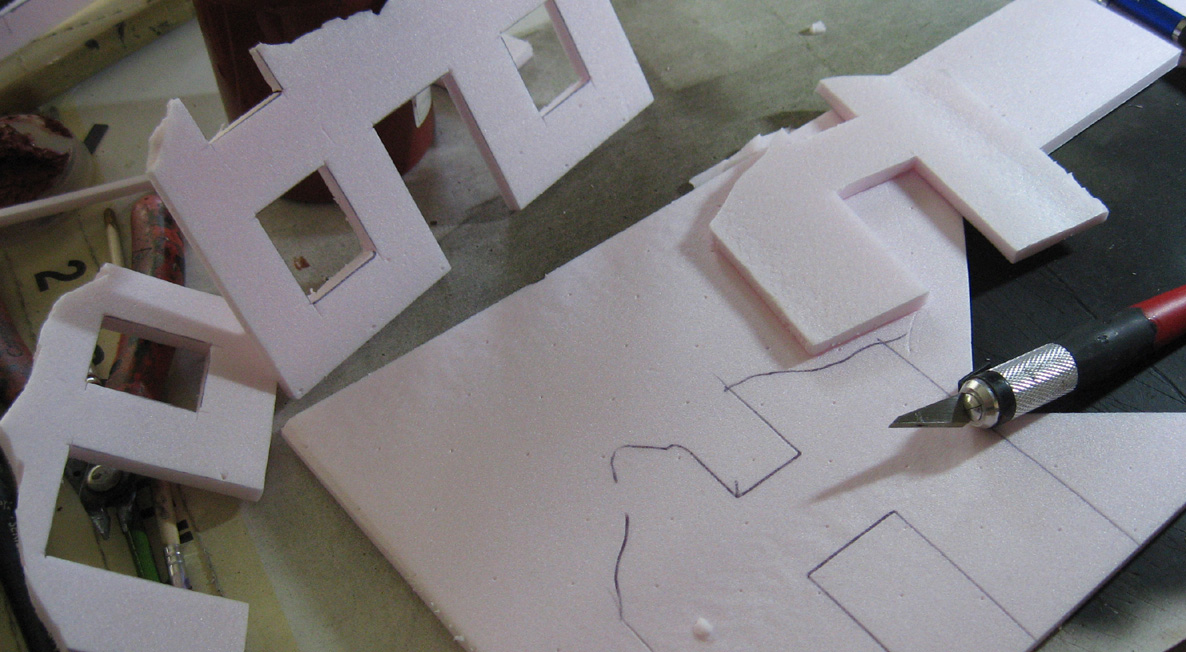 I cut out each wall, making sure to vary the heights as much as possible.  This creates interesting sight lines, and even makes some parts of the buildings more vulnerable than others, or less desirable for firing positions. 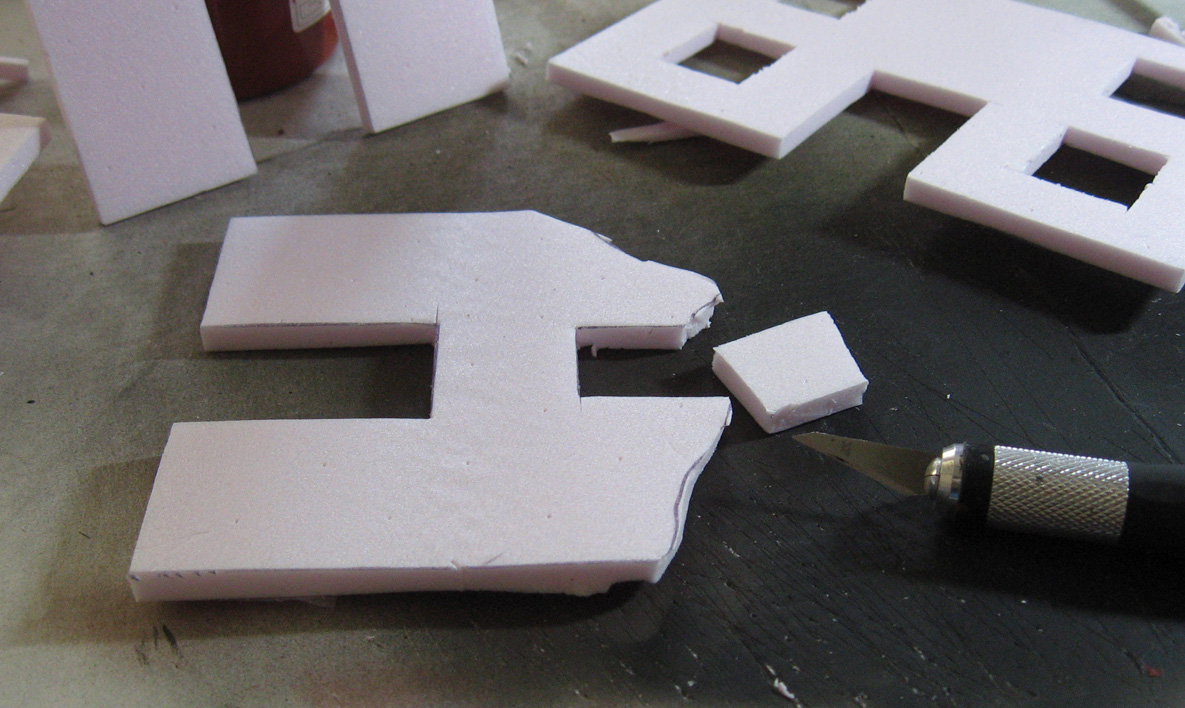 Since they are ruined, I wanted to show how they might have gotten that way.  I might still add some "small arms fire" divots, but the larger shell holes were the most important.  I was even tempted to make some major blast holes in the wall for additional firing points. 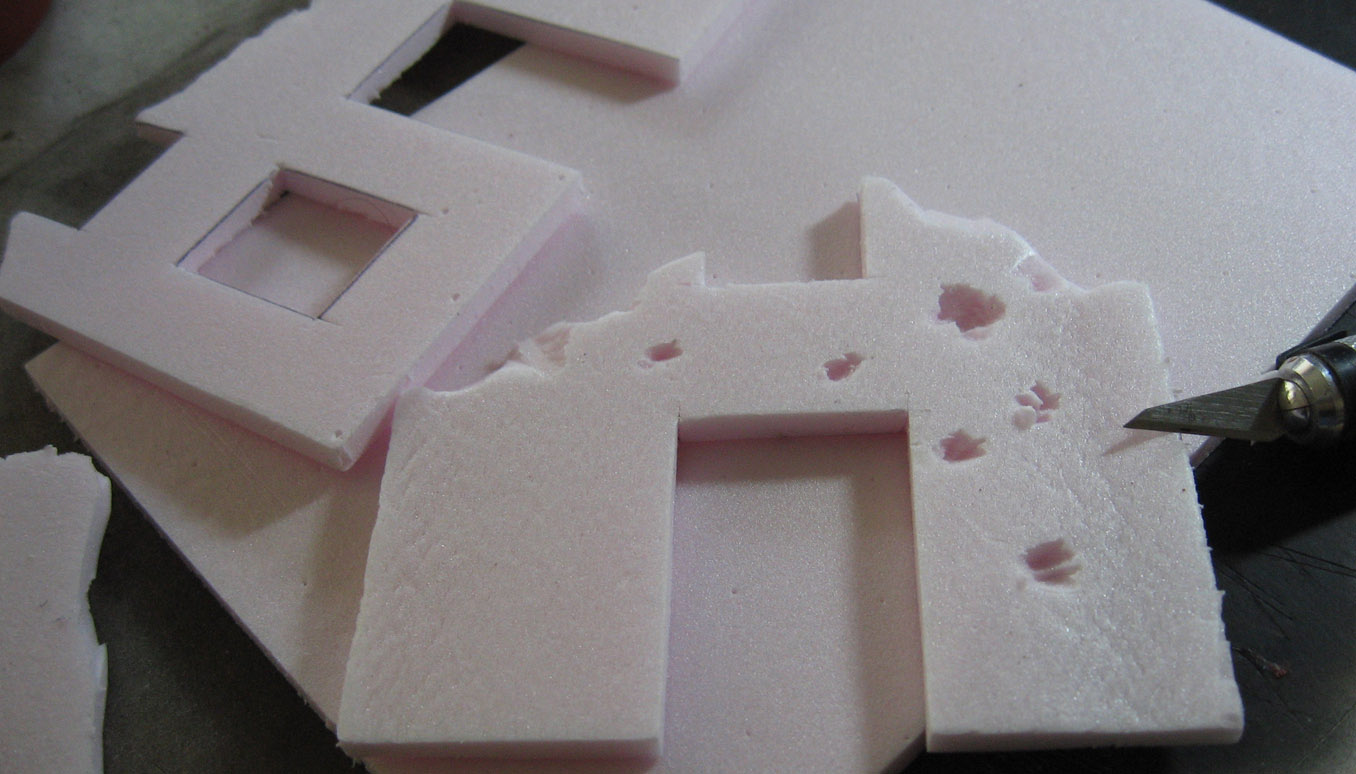 Four walls ready to go!  As you will see, it's important to make the heights line up. 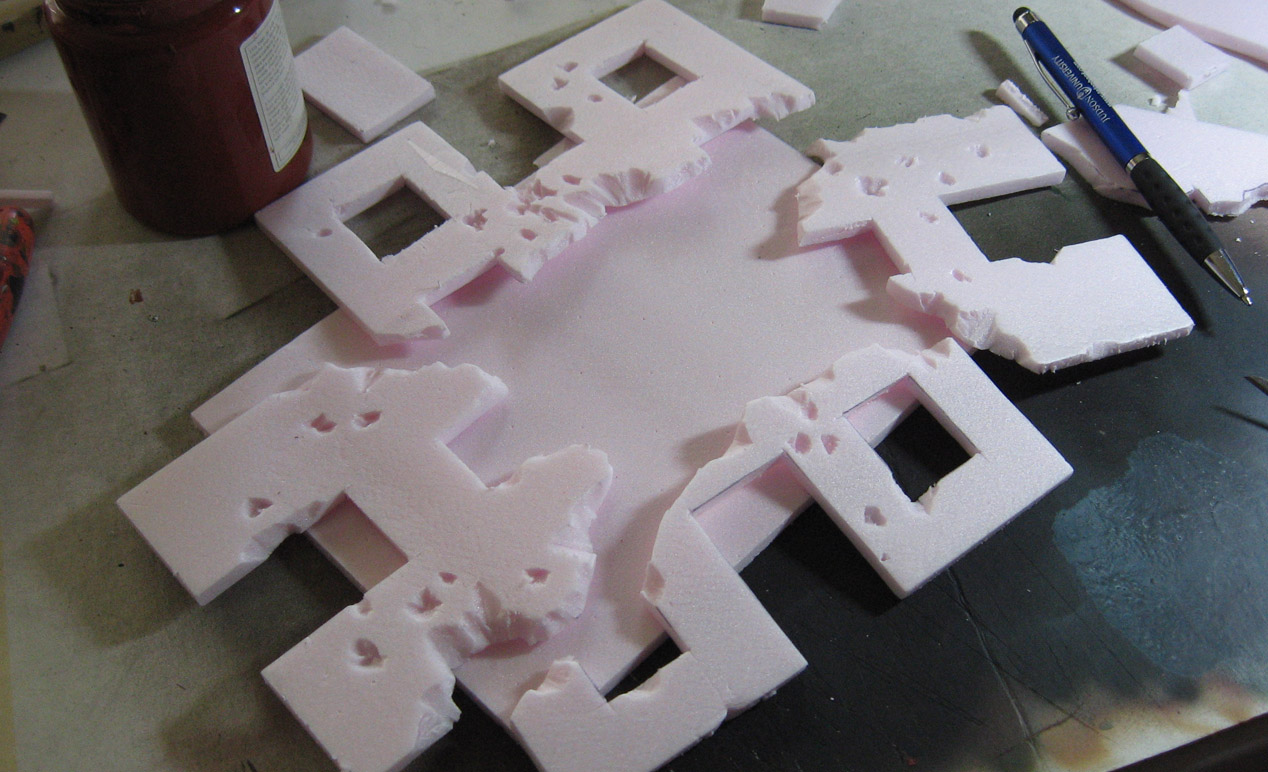 To glue them together, I used a bit of Elmer's glue, and some blue painter's tape.  The tape would hold things in place as the glue dried.  I could cover the tape with oxide paste, which was going to be applied for texture anyway. 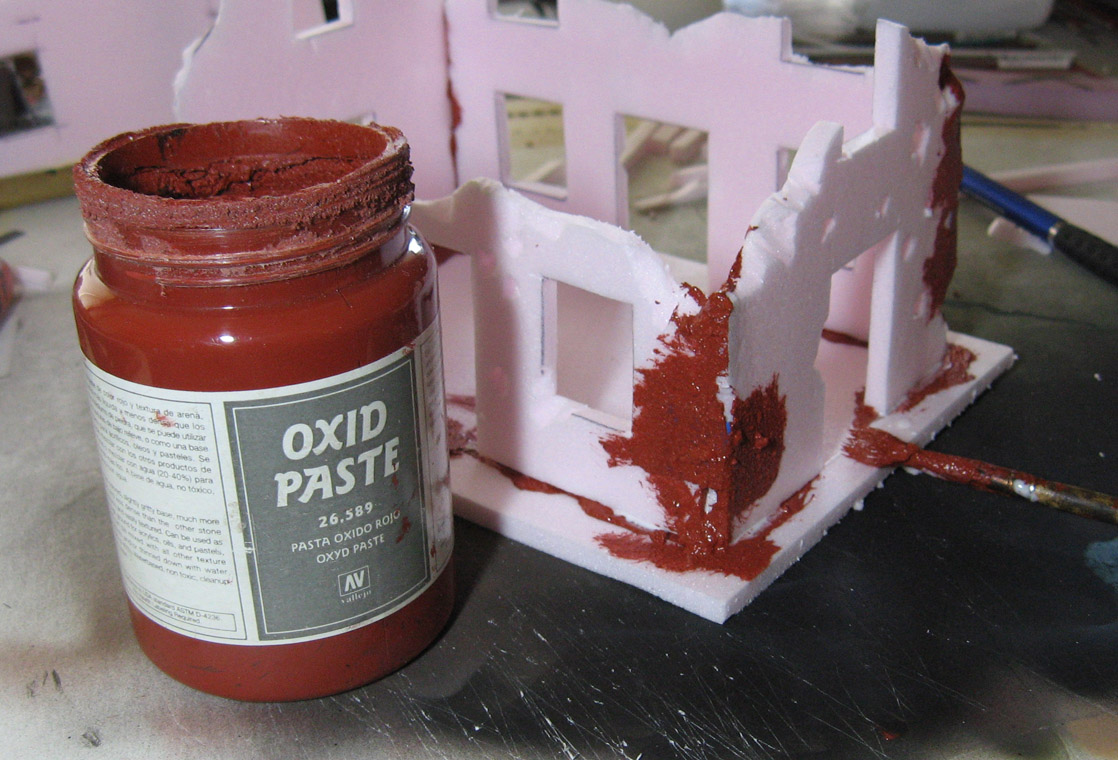 You can see the walls set up nicely.  These will be very strong for the comparatively delicate construction. 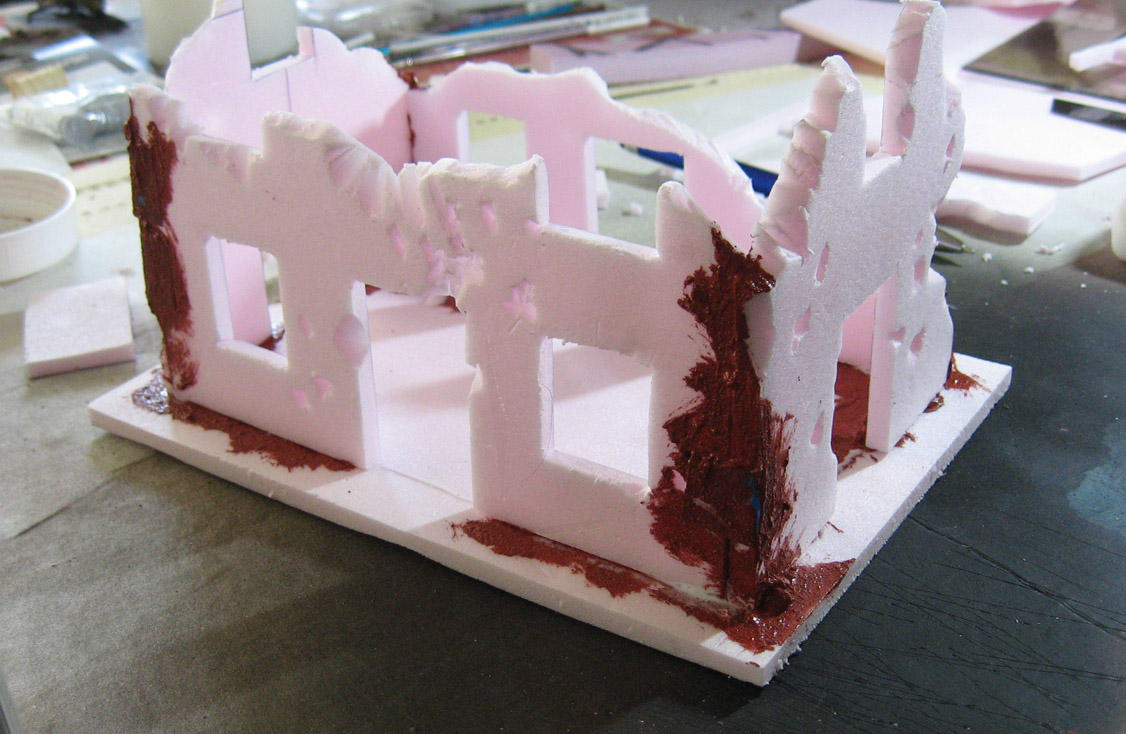 This view makes it clear how there will be multiple exposed levels.  Only one portion of the building will have the second floor available for firing positions. 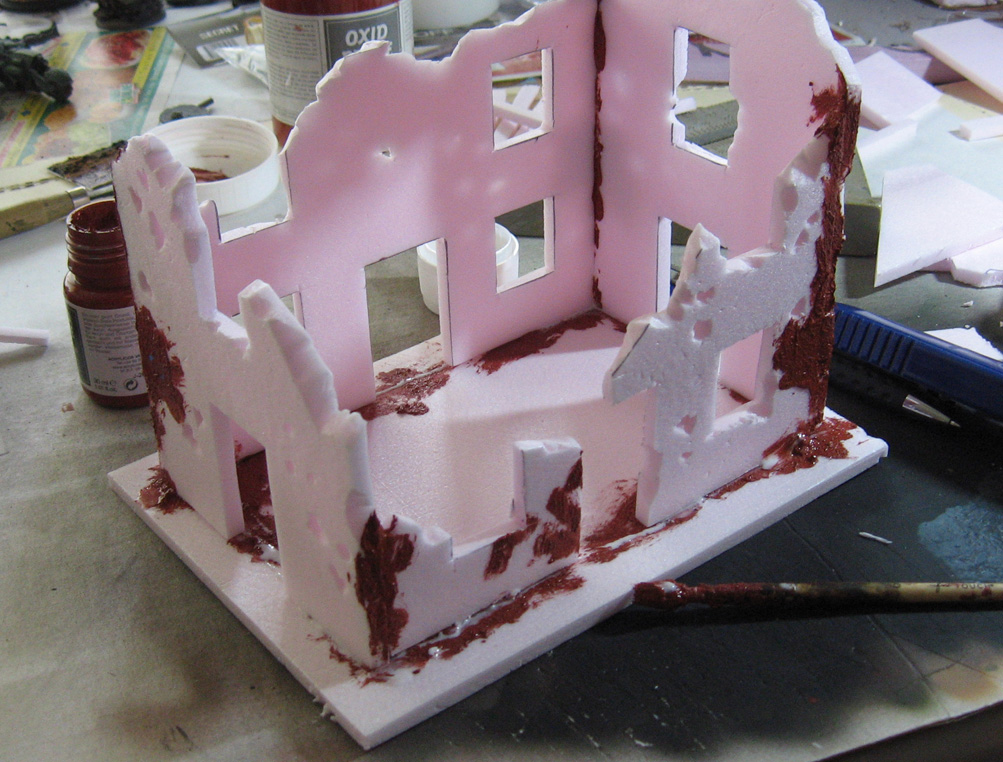 To add some quick detail to the outer walls, I cut up strips of the leftover pink foam into small bricks.  These would double as reinforcement of the walls too.  I used some oxide paste and glue to give myself a decent material for attaching the bricks. 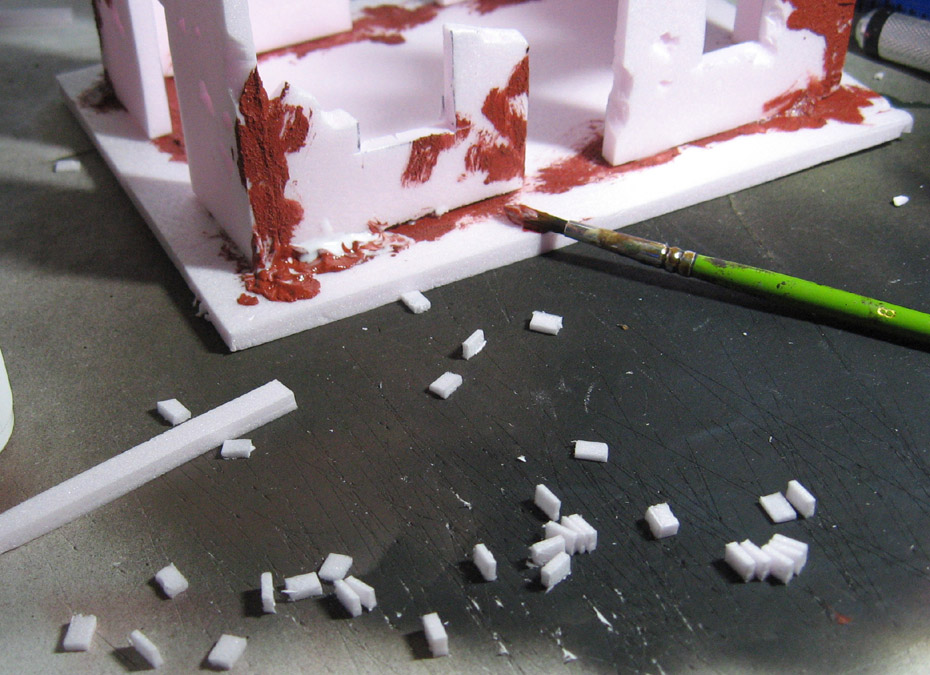 I tried to place them as randomly as possible, even creating small piles where I could.  Eventually I want to make larger piles, which could be placed outside the buildings for infantry to use as cover, or even to hinder movement. 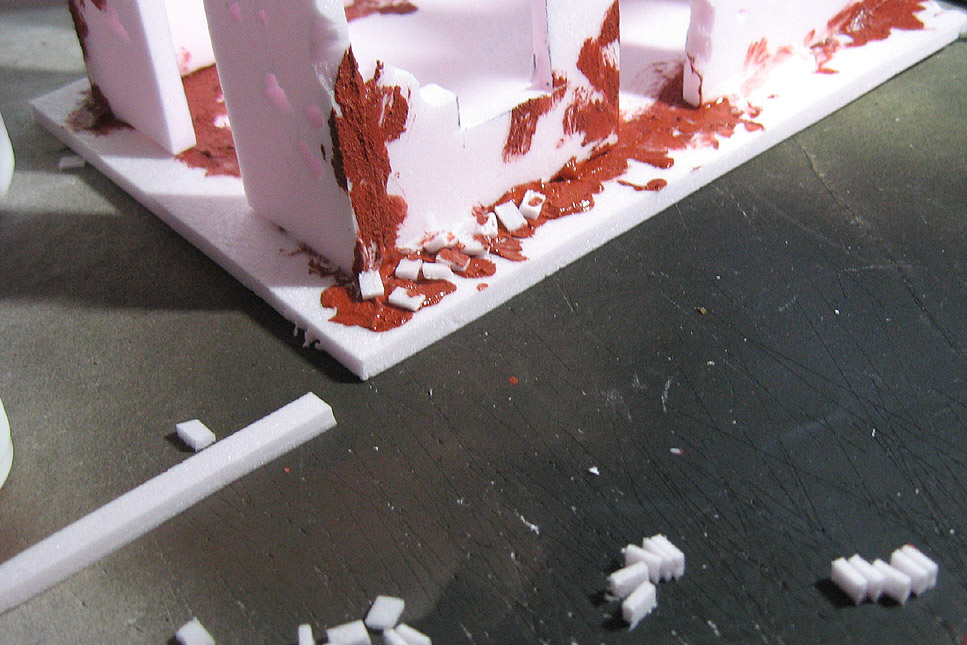 Posted by wappellious at 10:32 AM No comments: