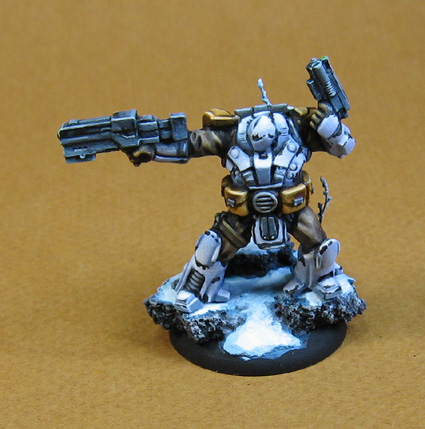 Next guy!  This was one of the snow bases that I made in the course of the basing video.  I really didn't think that the figure would fit so perfectly!

A few more to show you, and then the group shots...

Posted by wappellious at 5:29 PM No comments: 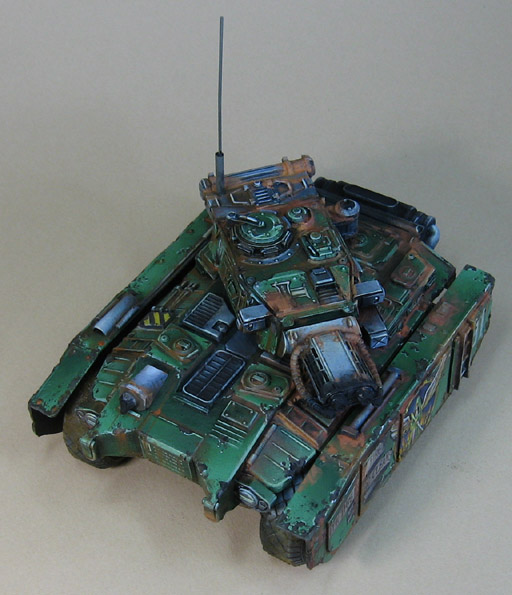 Now for some nifty shots of the Secret Weapon APV. 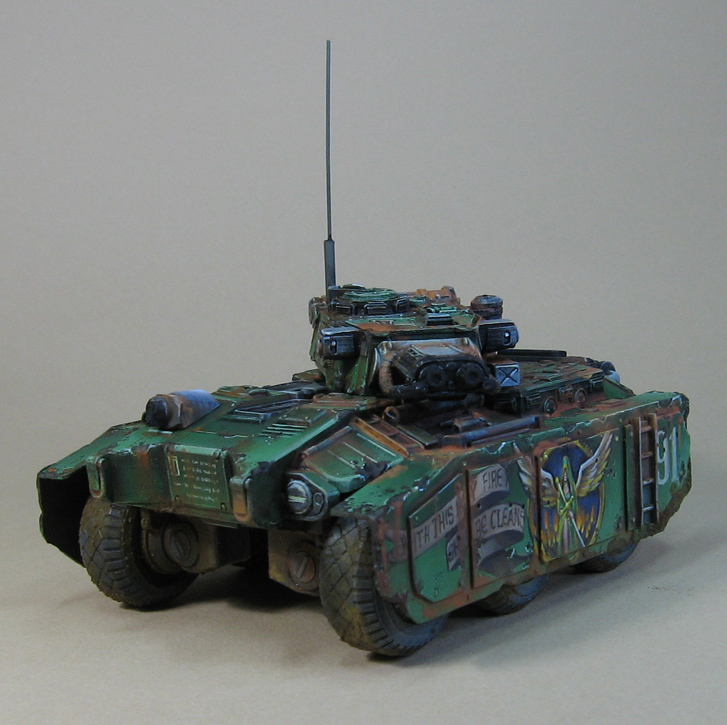 I have just about all of the additional weapons finished, so I will post those images as well. 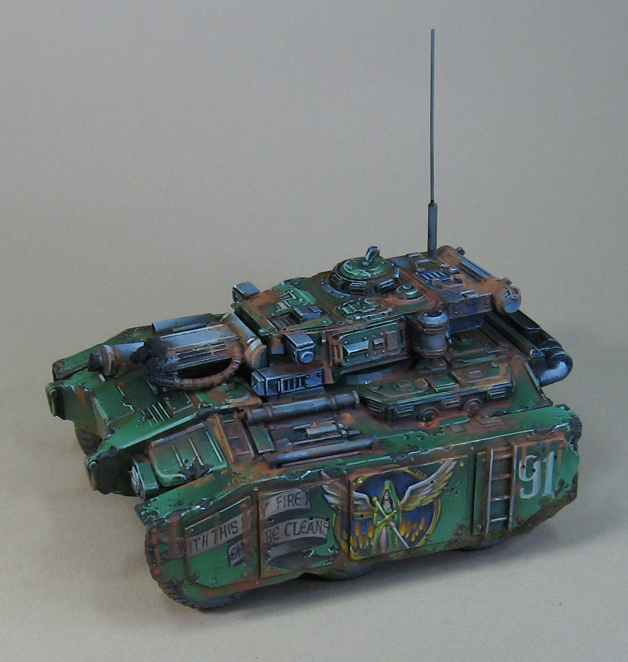 Also, I need to make some of these armor skirts for the original APV, so that they match! 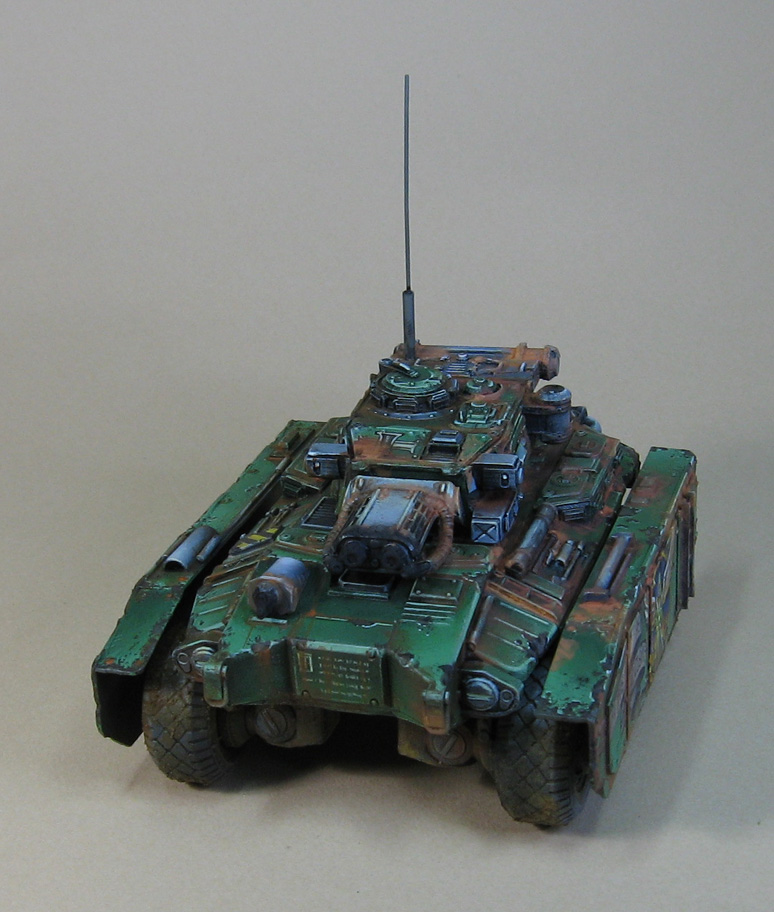 The other reason I made the armor skirts was to have a place for magnetized sponsons.  These will let me use it as a Leman Russ, which should be fun.  The weapons that come with the turret will easily support that. 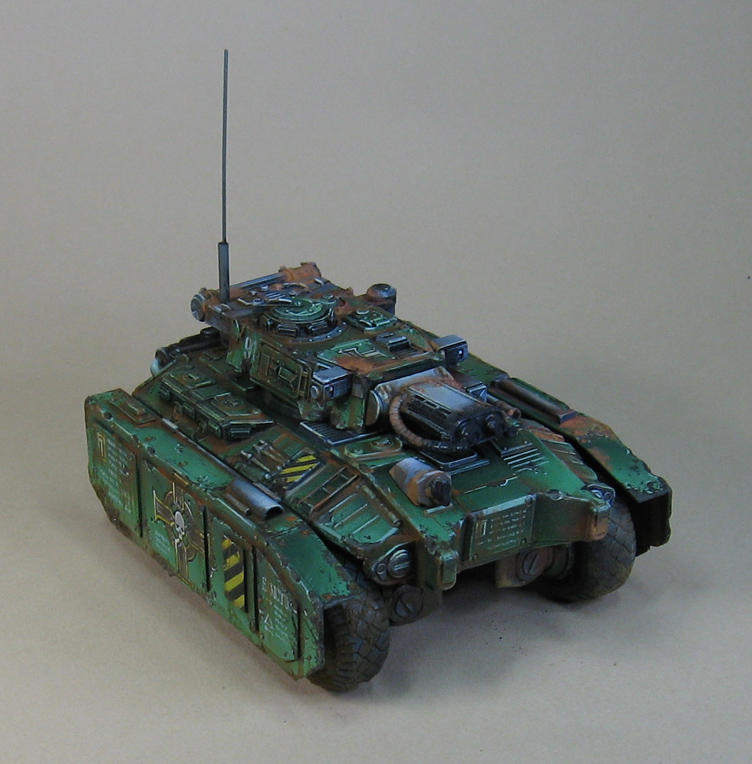 Finally, I will be making some flak gun turrets for these vehicles so that they can be a Hydra. 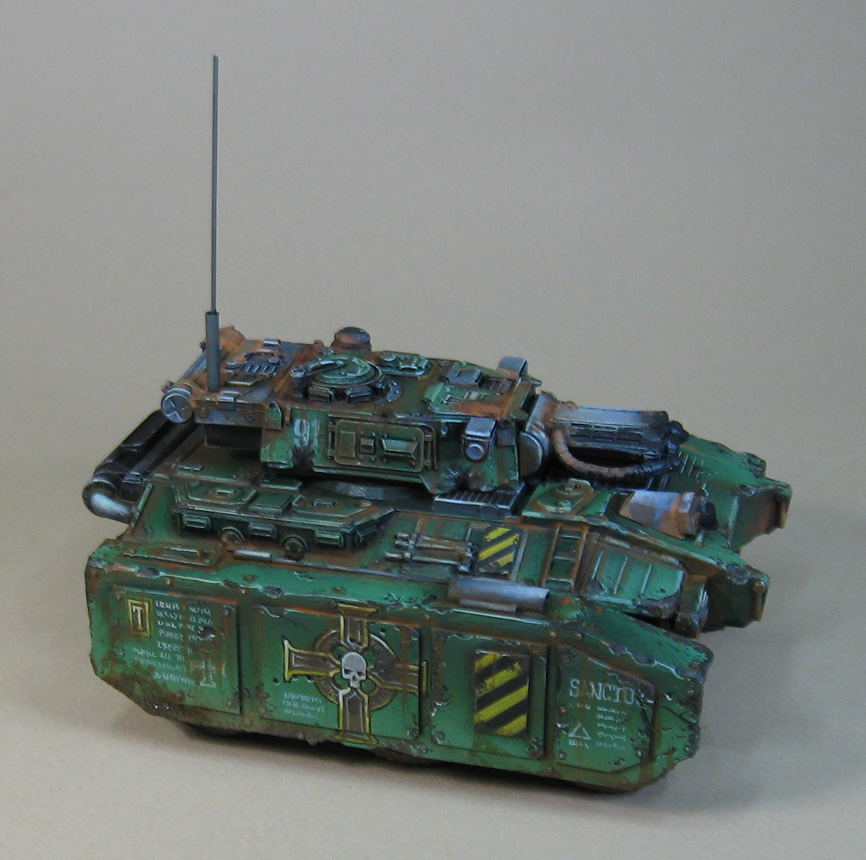 That will be fun!  Lots of plasticard and polystyrene tubing.  And lots of weathering powders. 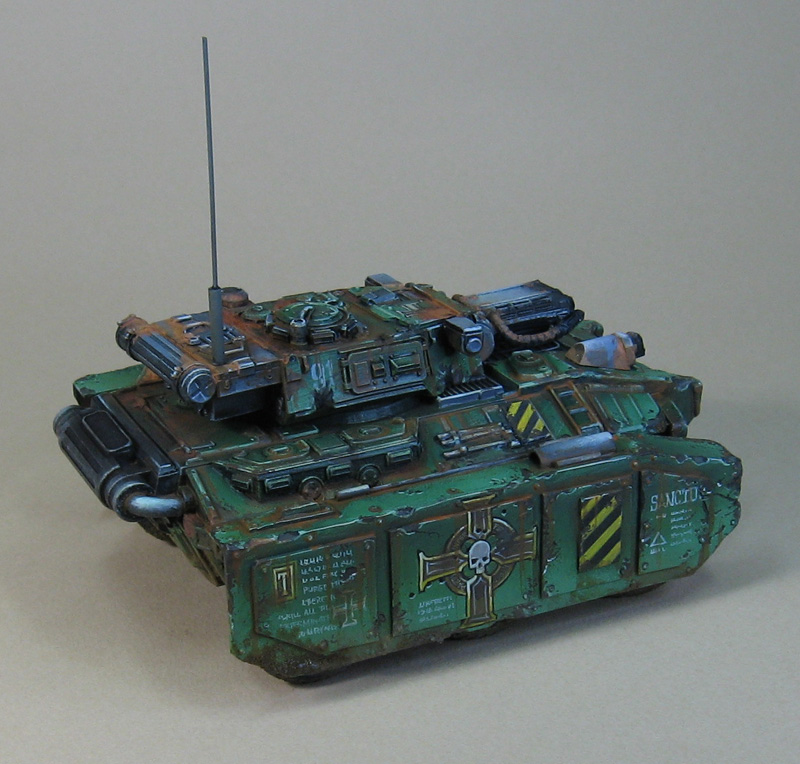 Thanks again to the folks at Secret Weapon Miniatures! 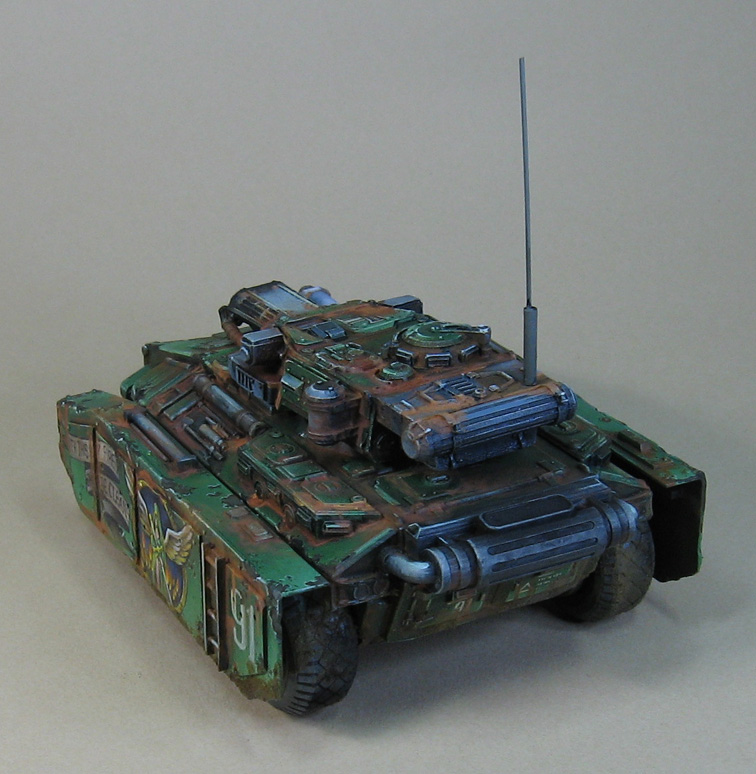 One of my favorite elements of this is the turret, which hangs out over the sides of the vehicles as it faces right or left.  I like that a bit more than the T34 sized small turrets of the Chimeras, etc. 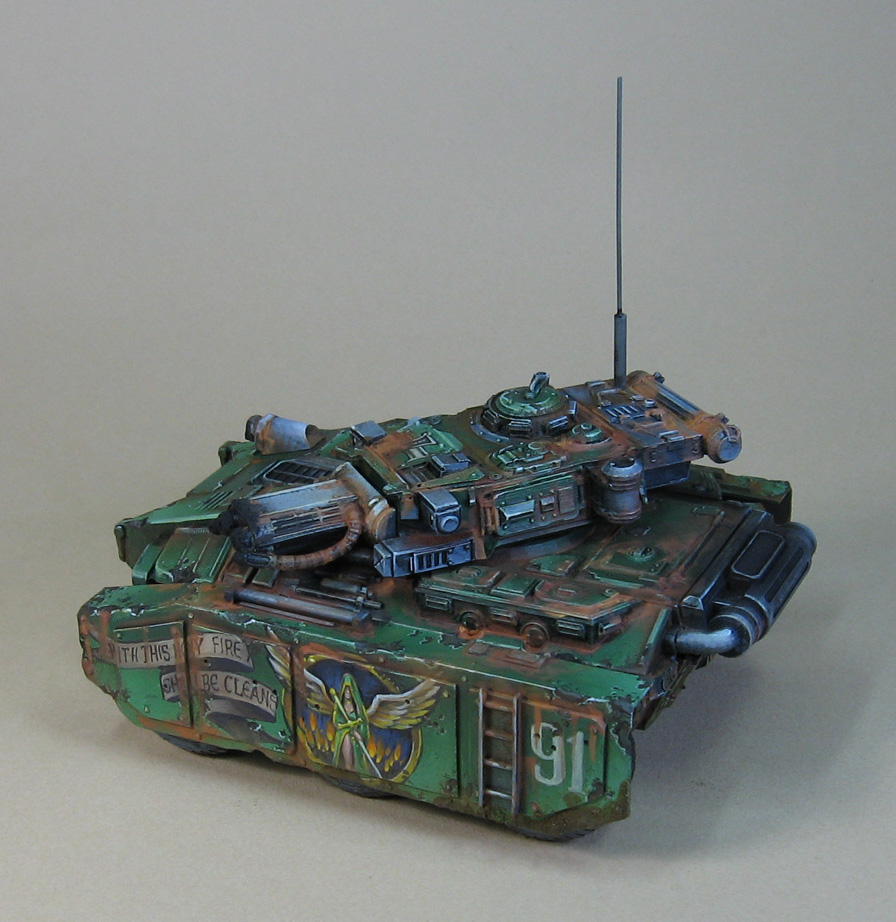 With the armor skirts, this is exactly the same size as a Chimera. 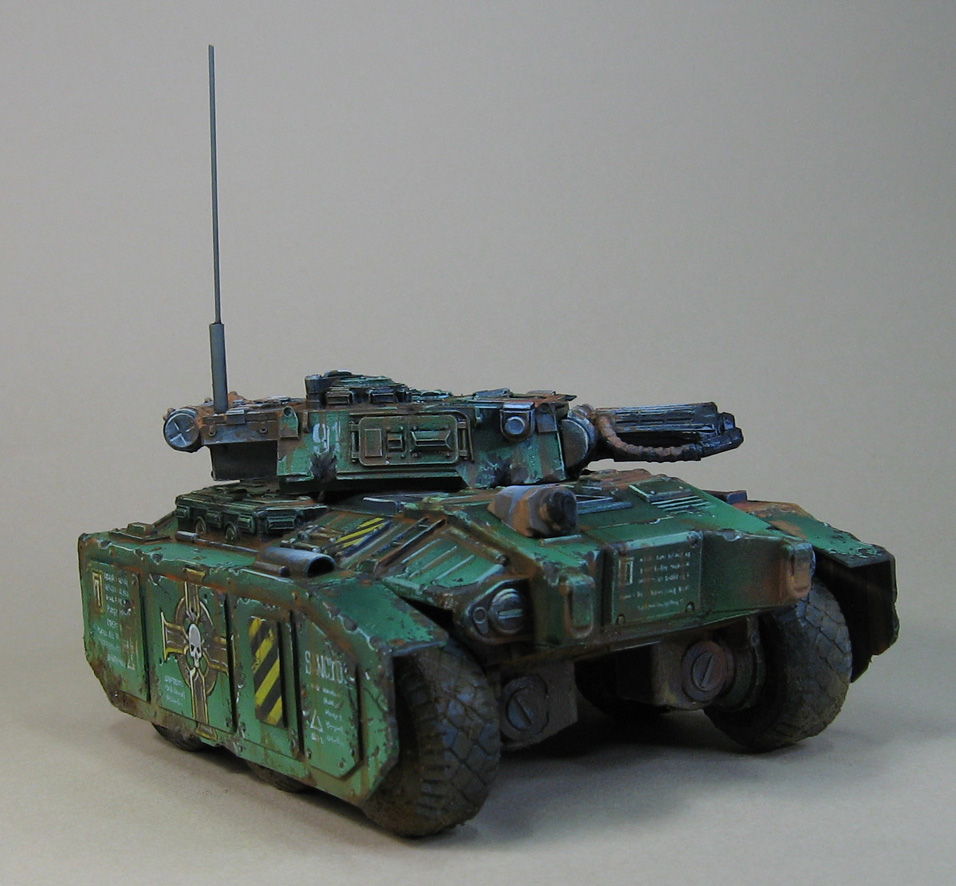 The view from above!!! 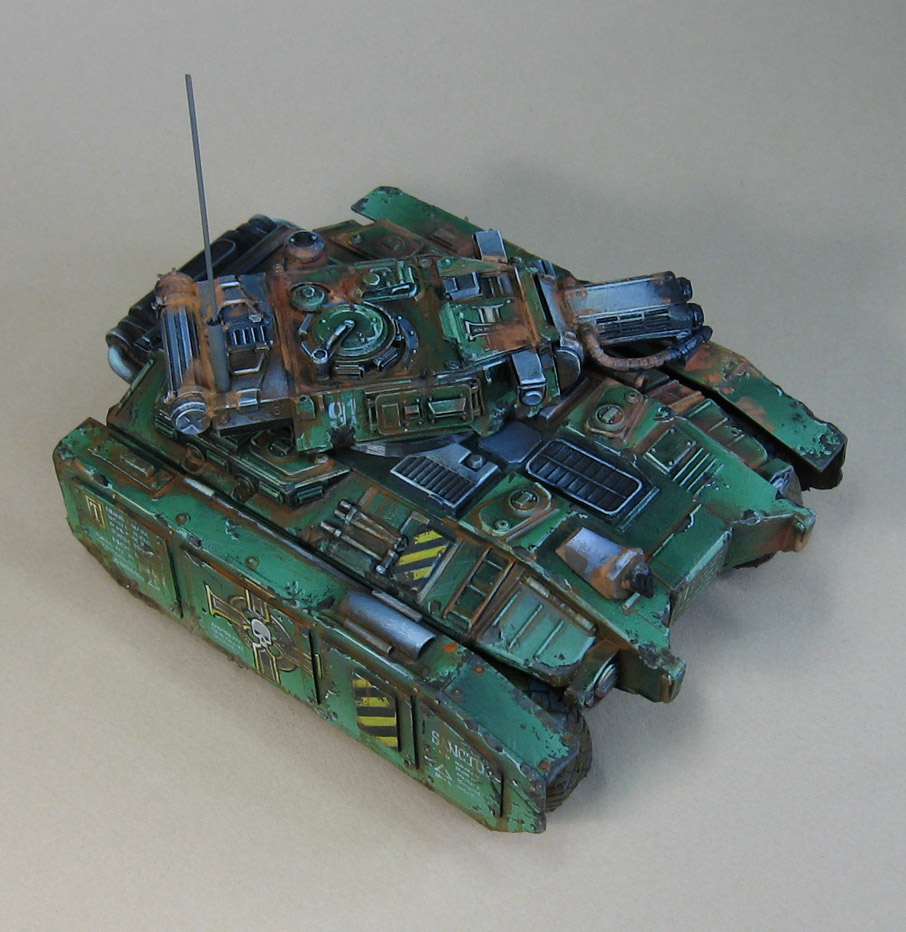