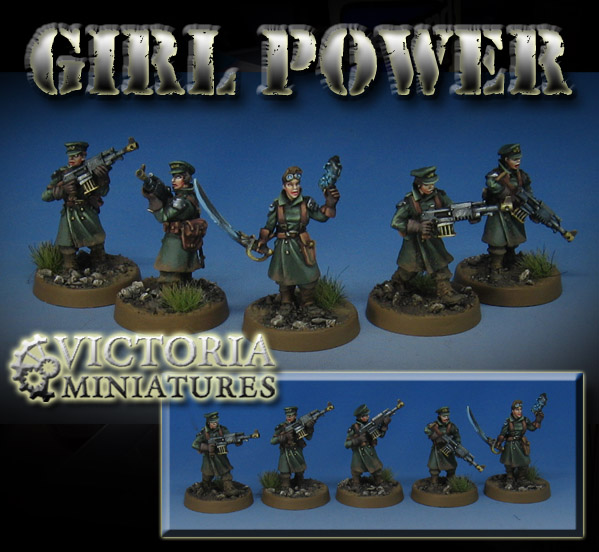 This unit is from Victoria Miniatures, called the Rausenbergs siege corps.  Some of you might recognize the uniforms, as they are the same ones provided with the large cannon unit from the BONES 4 kickstarter campaign! 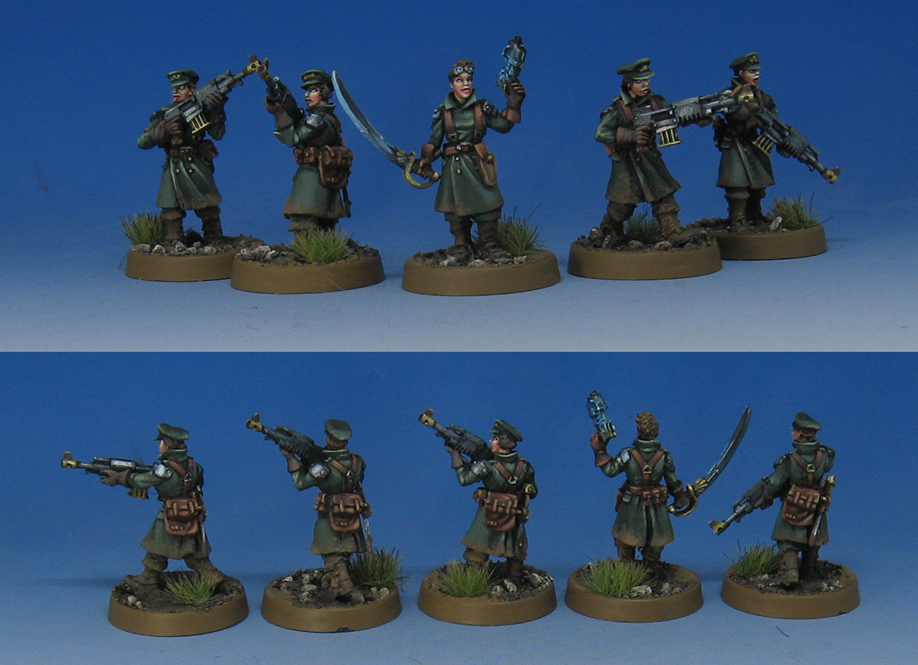 One of the most unique features of Victoria's line is that you can field female troops such as these.  You can mix and match them with their male counterparts or just go with an all female Guard army! 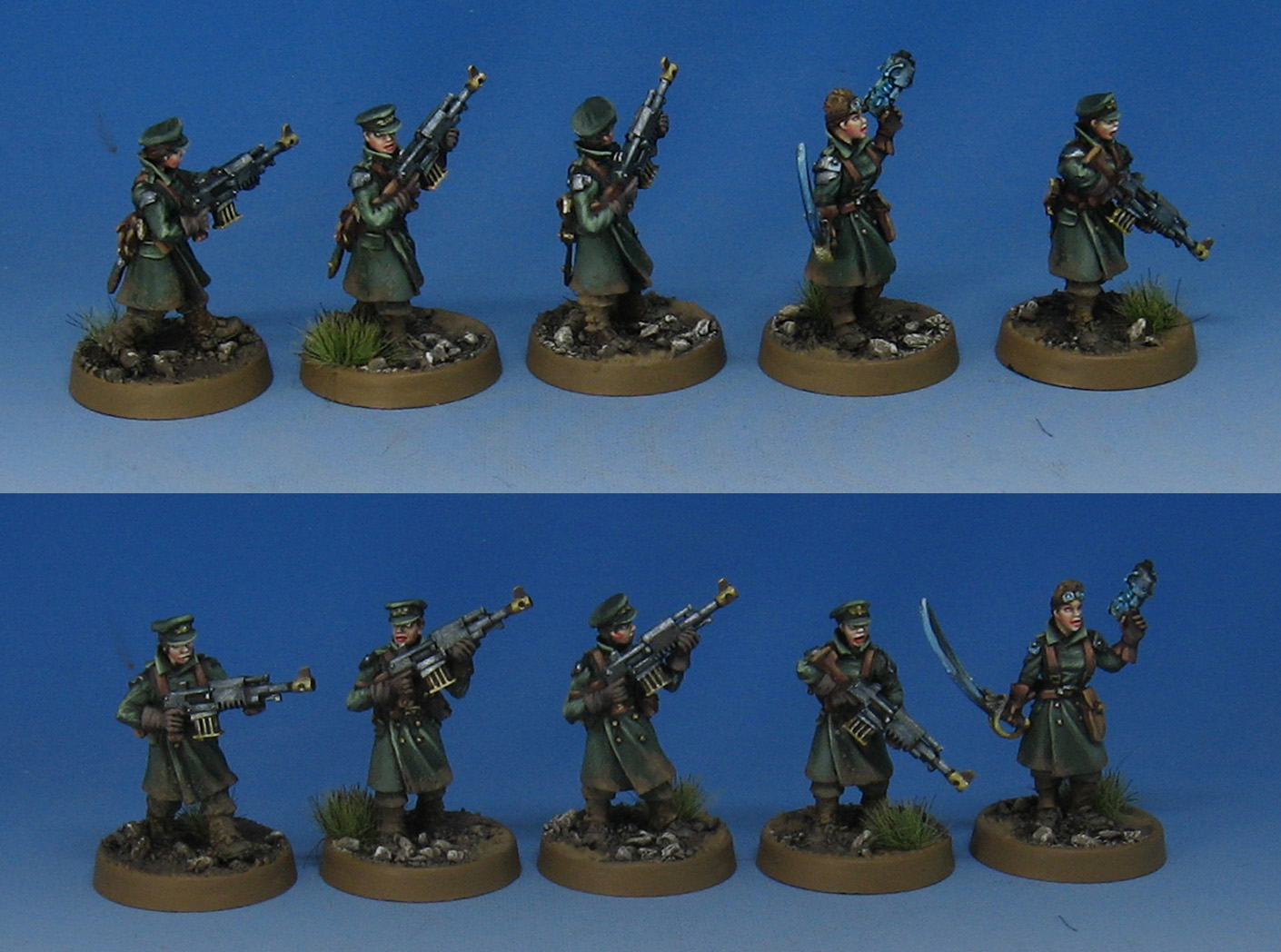 Here's a link to the site, and the Rausenbergs: 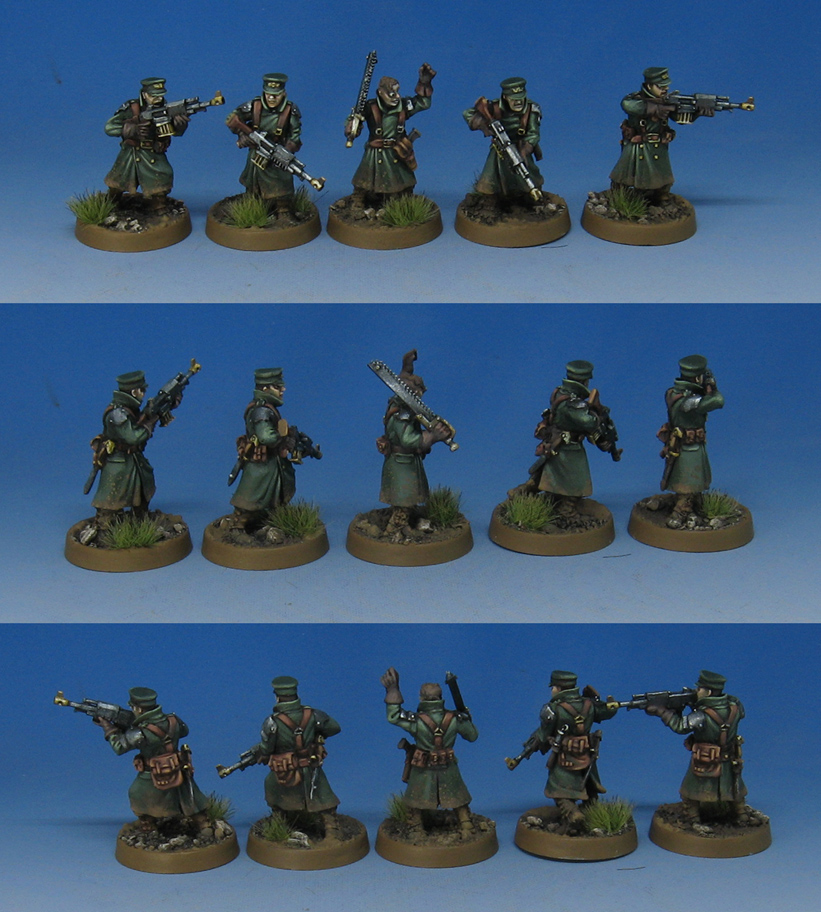 It was interesting to use much of the Field Green colors from my early war German forces on the great coats.  That very distinctive greenish gray... 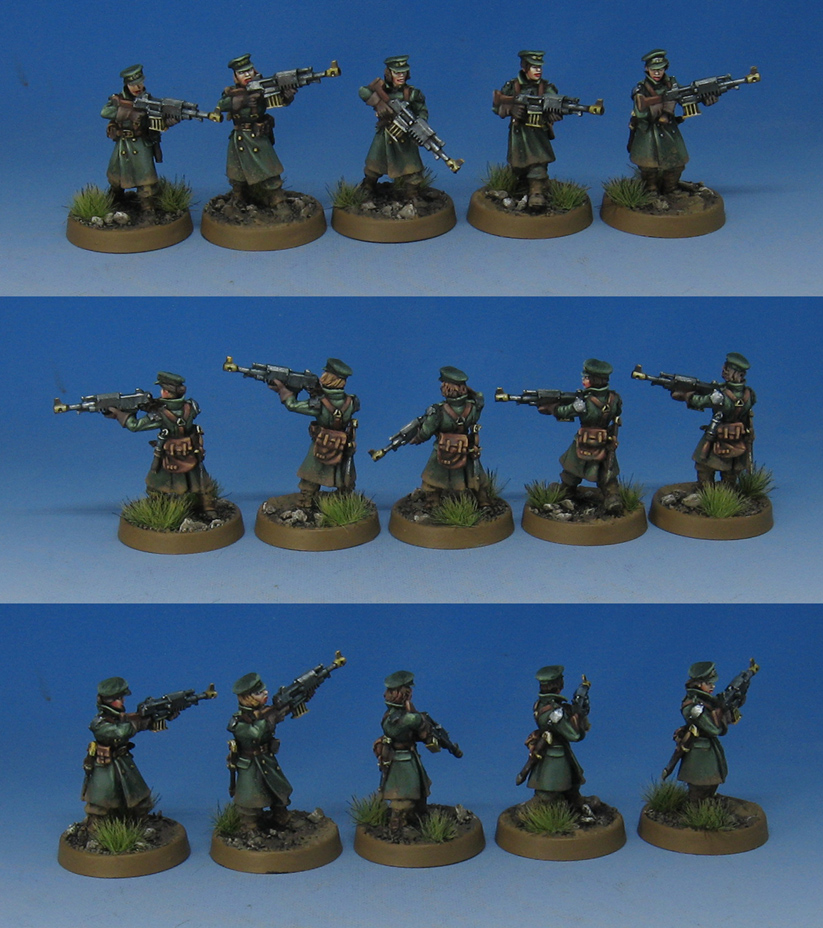 You can mix and match the torsos and arms, like the good old days!  This means that you can use these as tank commanders, rough riders, just about anything you need. 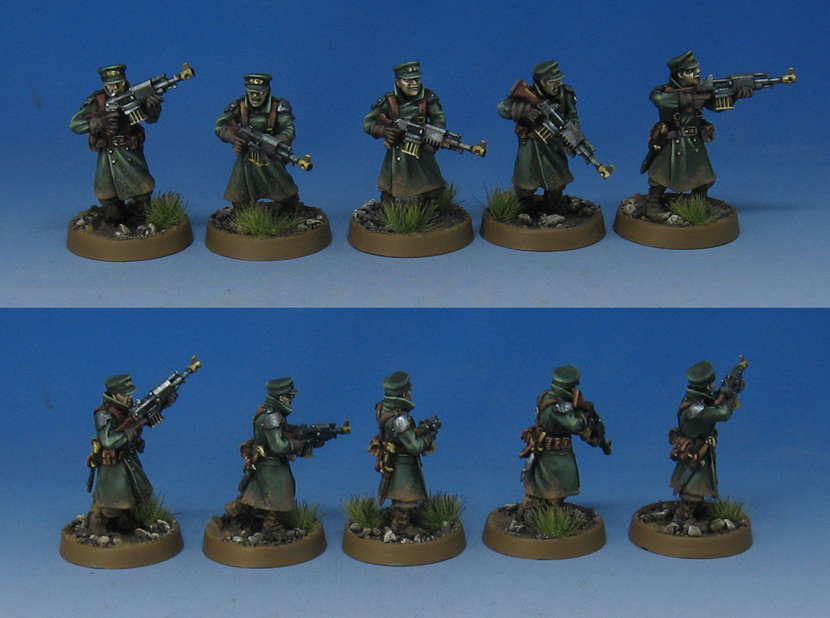 The arms and weapons swap out easily, and there are loads of extra hands, grenades, packs and other gear as well.  I am filming some how to tutorials on the next army, the Svargan Shock Soldats!

That will be posted to the YouTube channel soon... so stay tuned! 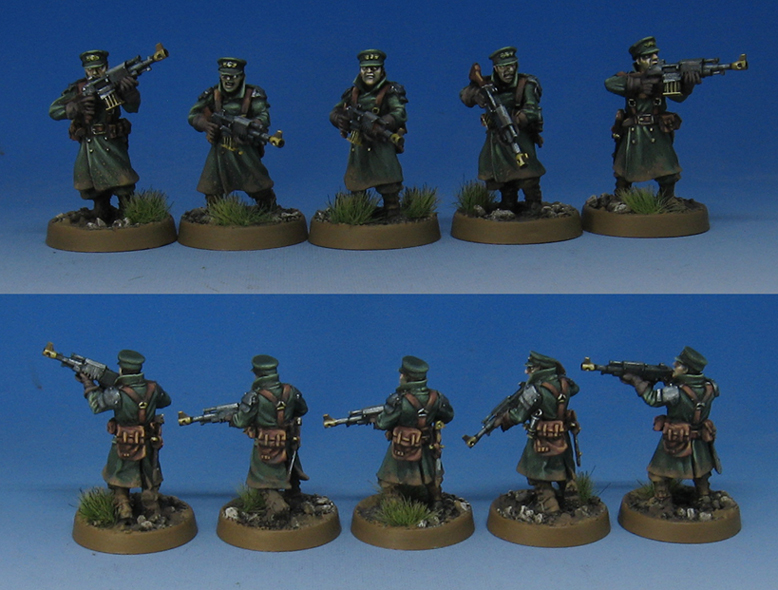 Posted by wappellious at 2:52 PM 2 comments: