The Gang's all Here 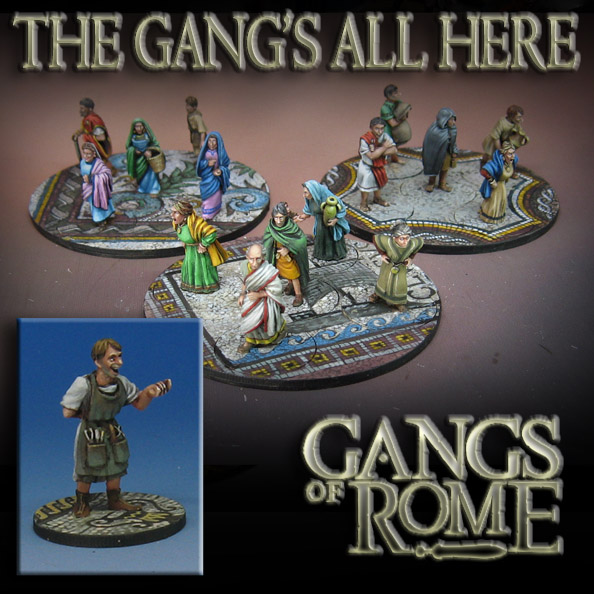 The final post in the Gangs of Rome series concludes as it began, with some shots of the "Mobs", which were mostly painted with the Mig Ammo OilBrushers. 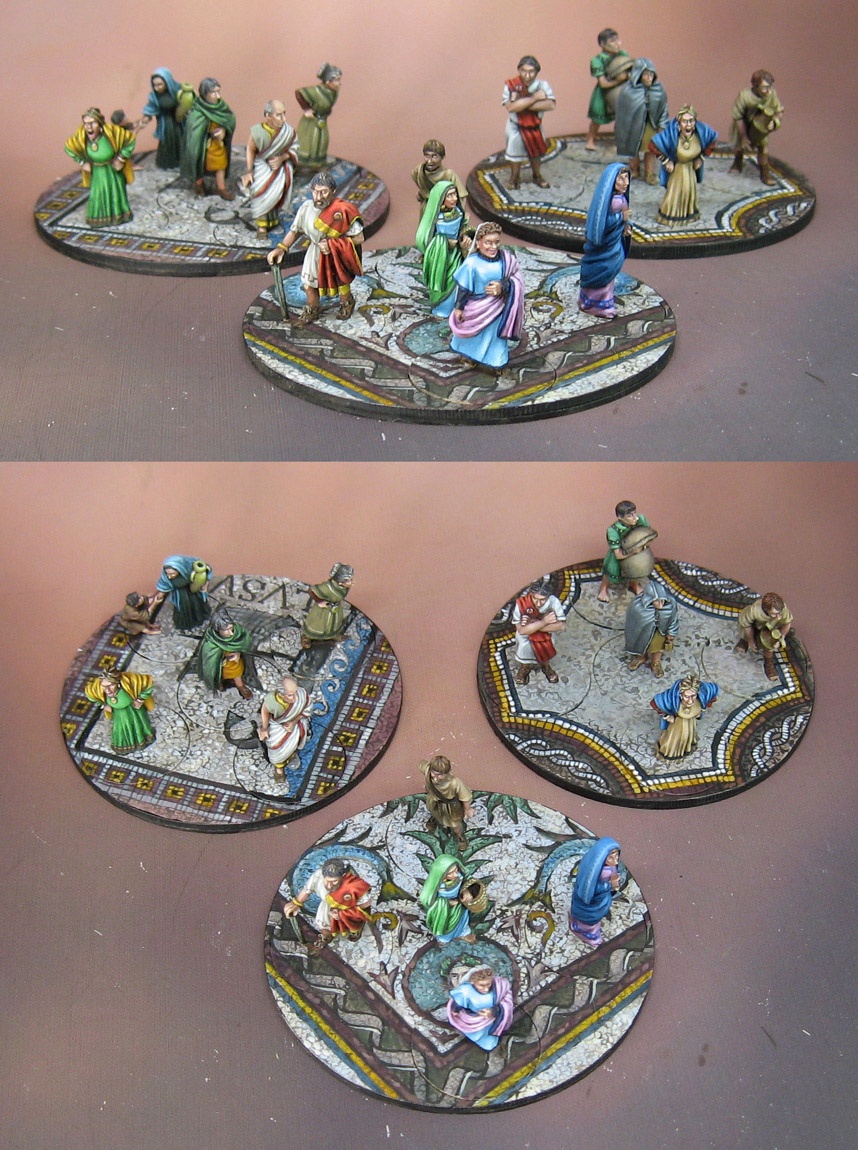 Here's a link to a previous post showing how the mosaic tile bases were made: 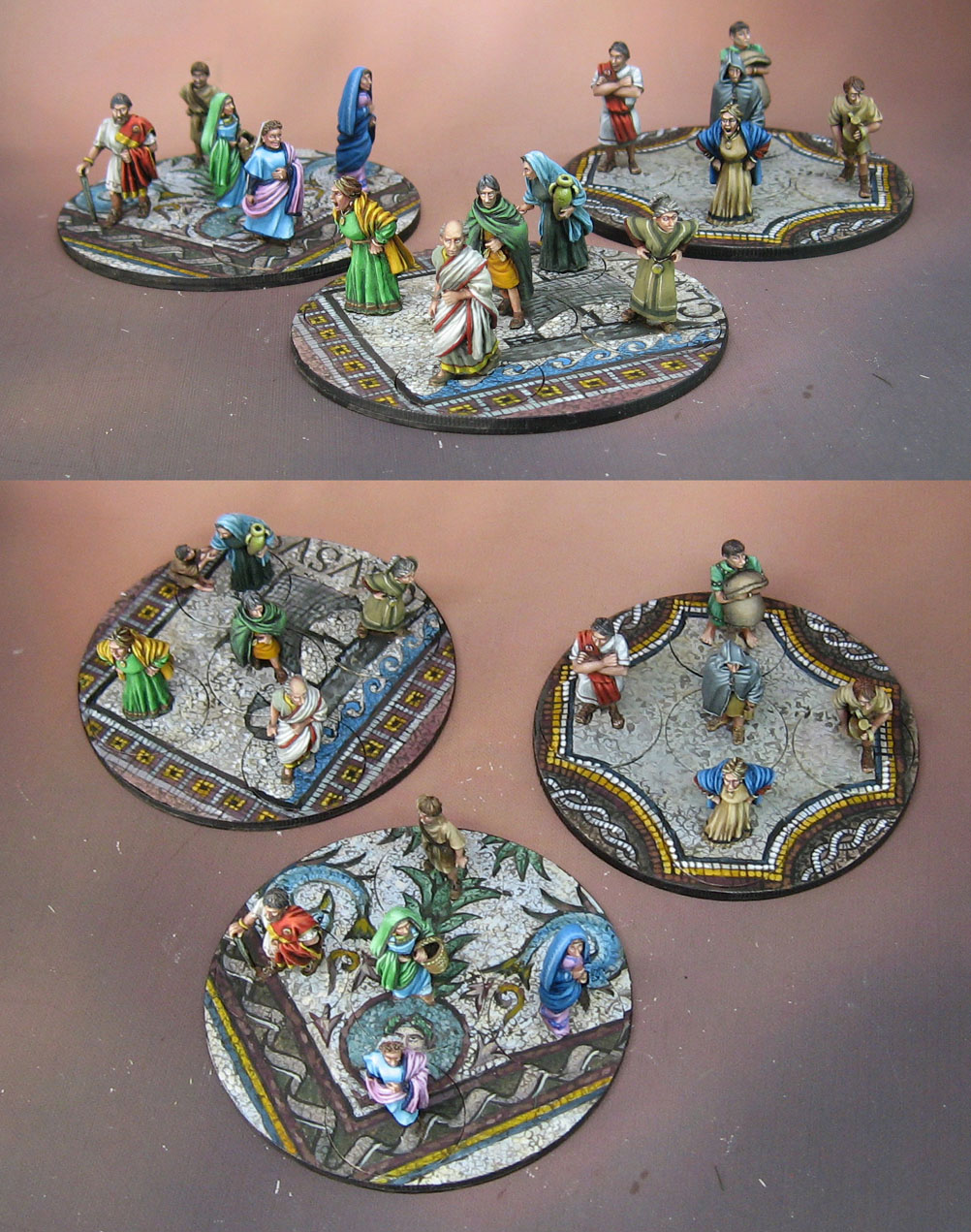 Also, we have one more 'character' figure, who must be a sandal maker or something like that.  He seems to be a little shifty to me though ;-) 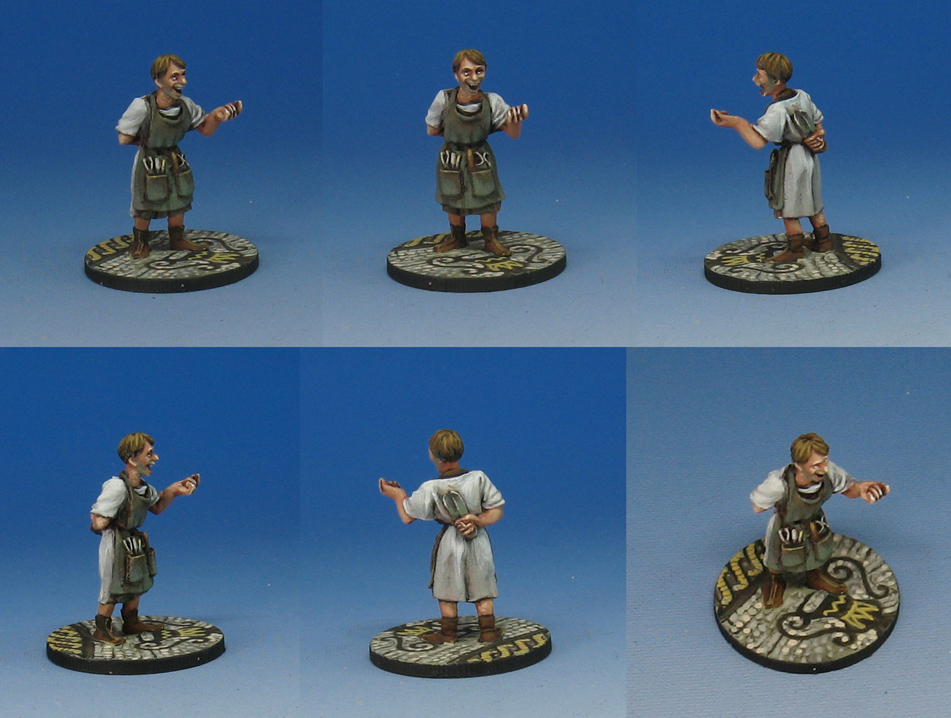 Using the oils on large batches of figures like these can make painting mass amounts of skin tones much easier.  Being able to blend on the fly hours after applying those first layers can be so handy!

One last look at the Gangs of Rome!! 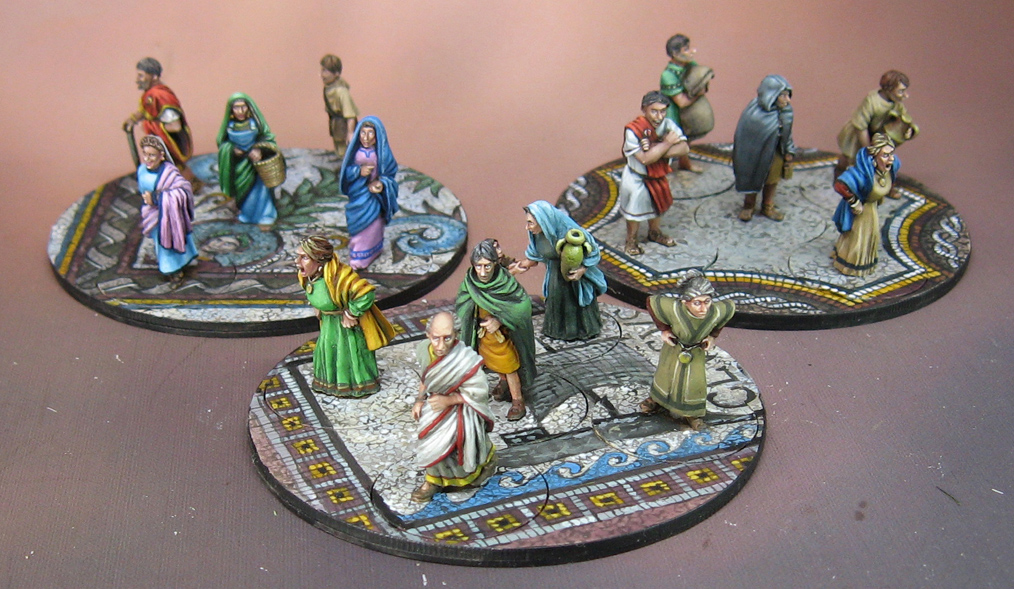 Posted by wappellious at 1:45 PM 4 comments: