Painting the board: part one! Actually, there were numerous things that had to be added before I could even start to think about painting the board.

I had a ton of little details that I wanted to add, in the form of very thin pink foam strips.  Time considerations meant less, which was a bit of a bummer. 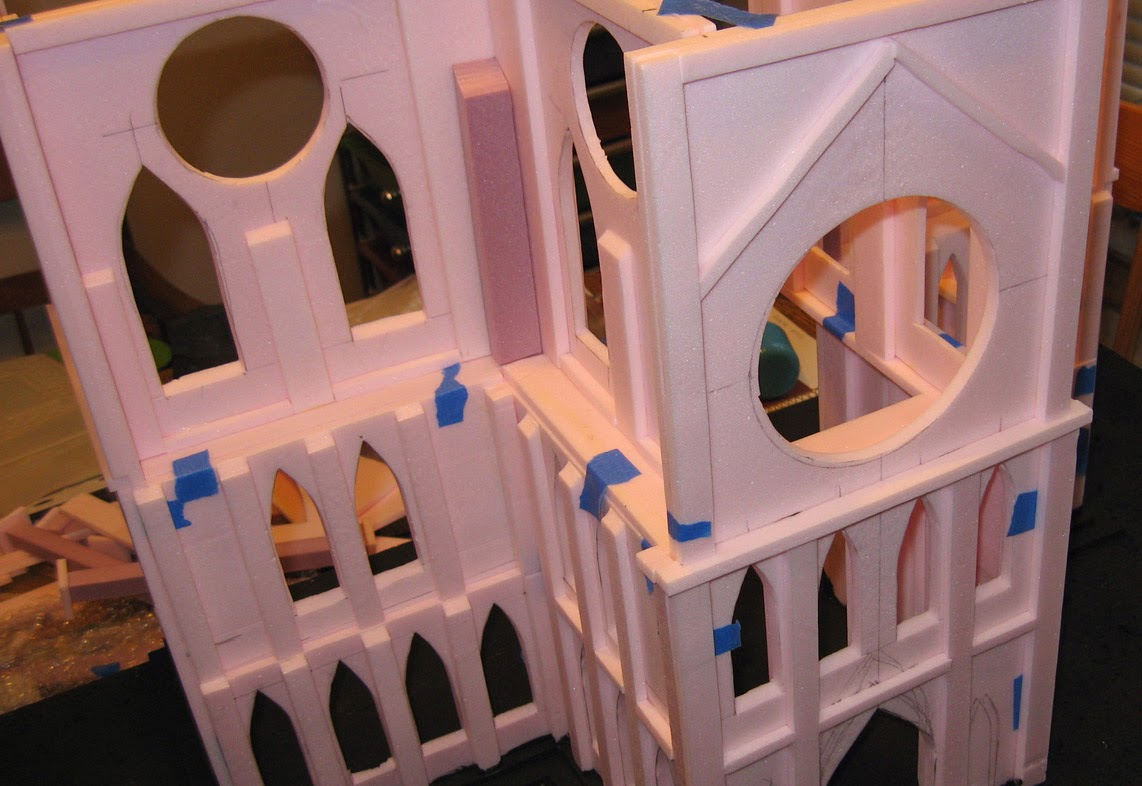 More of the strips will be added to some of the roof sections, however... 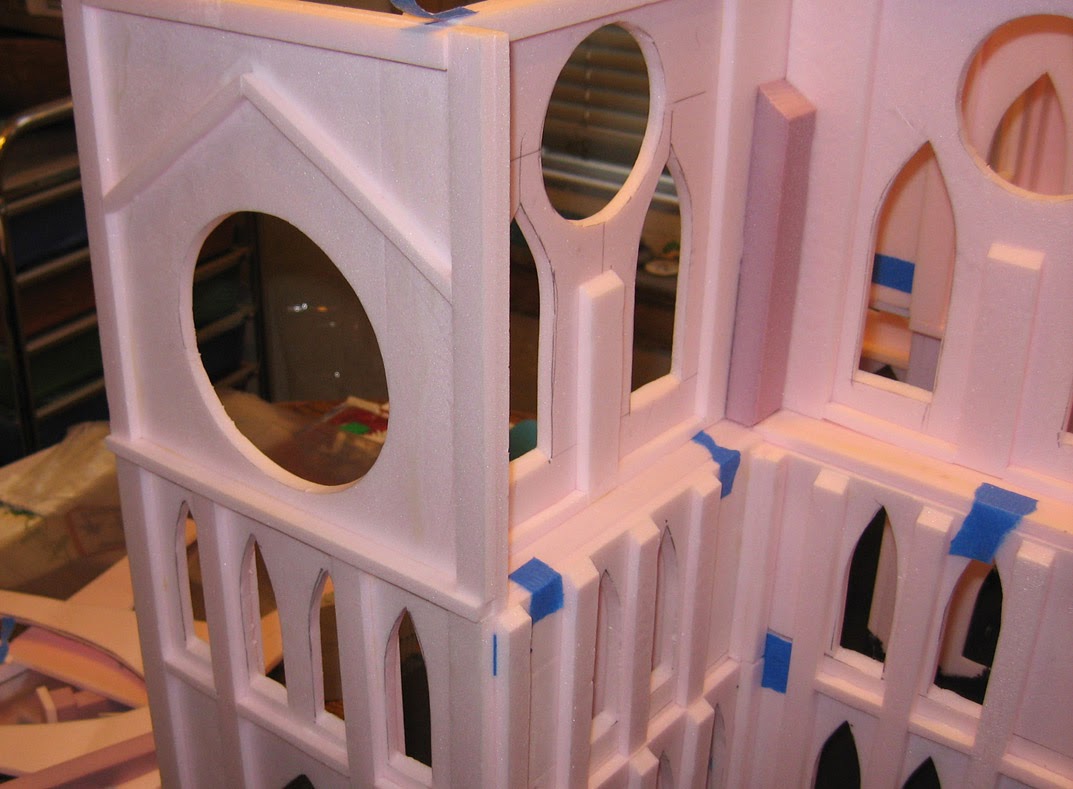 Remember how I said that this was made in a modular fashion?  Here you go!  Breaking it down for ease of painting (and attaching the windows, but that is a later post). 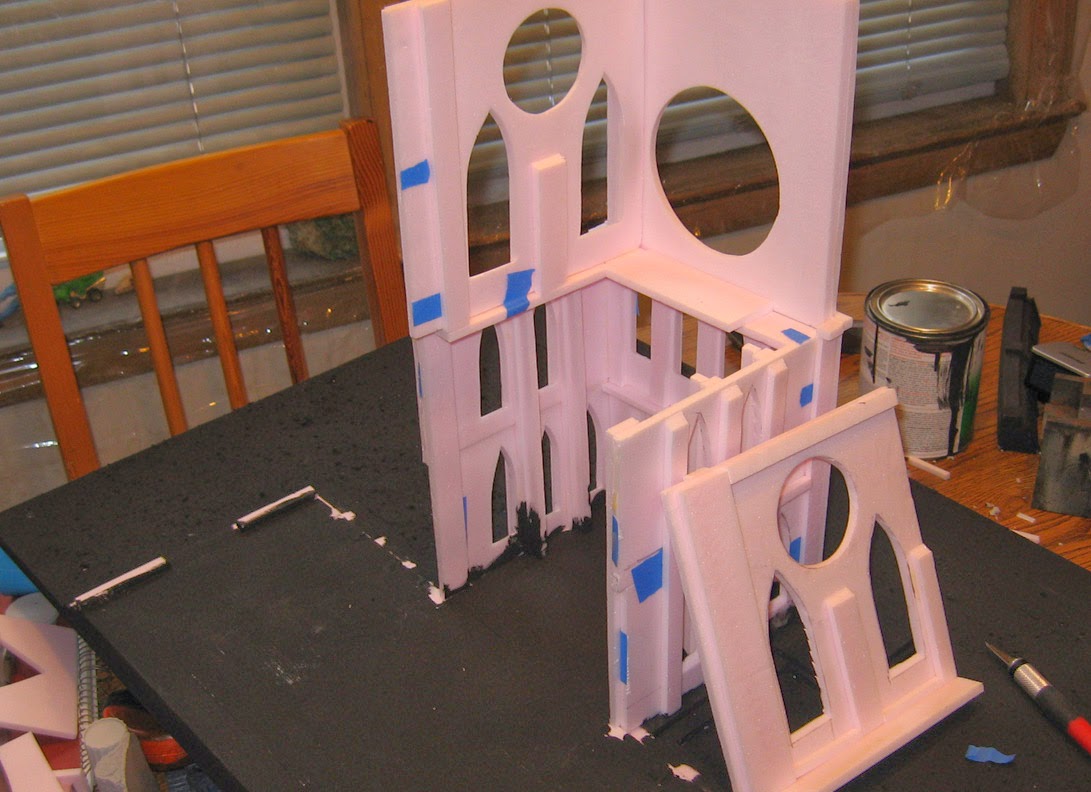 It was a little scary to break it all down, but kind of neat as well!  I just had to make sure I kept all the parts at least somewhat organized. 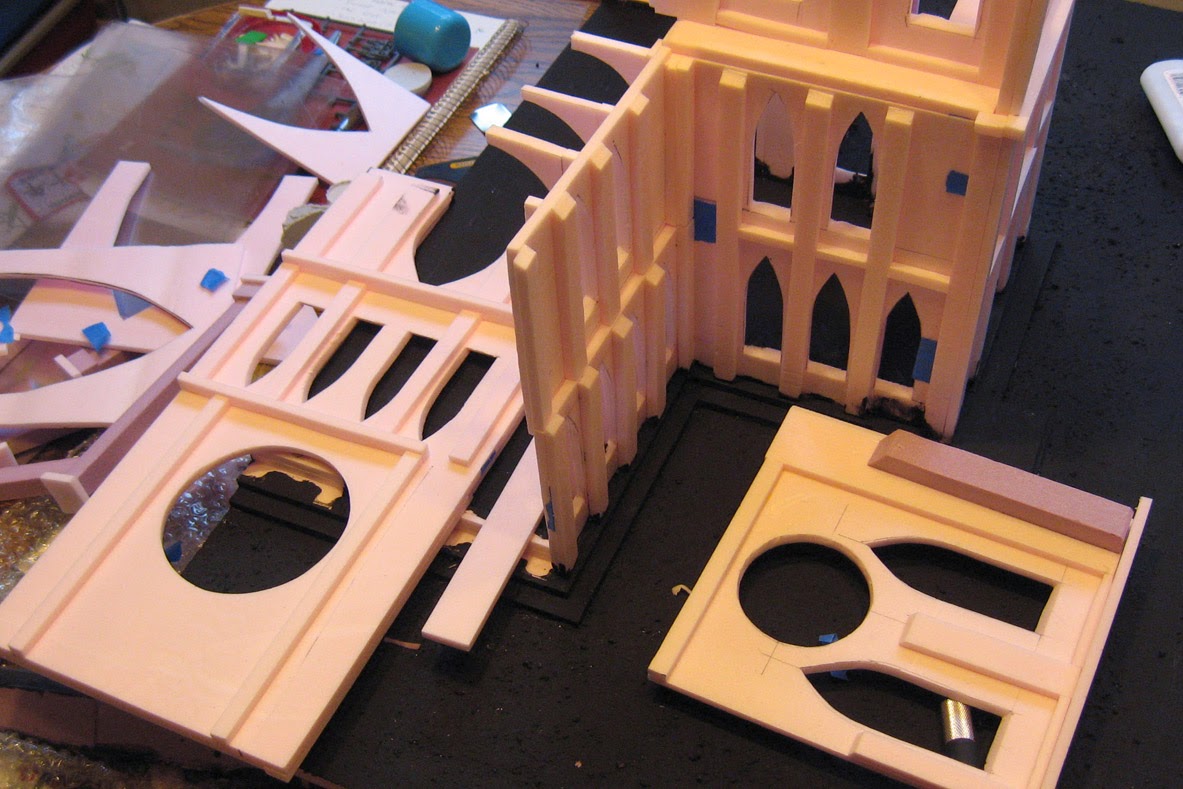 Everything laid out for painting the interior surfaces! Before I could paint the ground level, I wanted to add at least a little texture.  Normally, I would use Oxide Paste, but that was running very low, and I didn't think I would have enough of it.

So, I mixed Flex Paste in with various rocks and gravel. 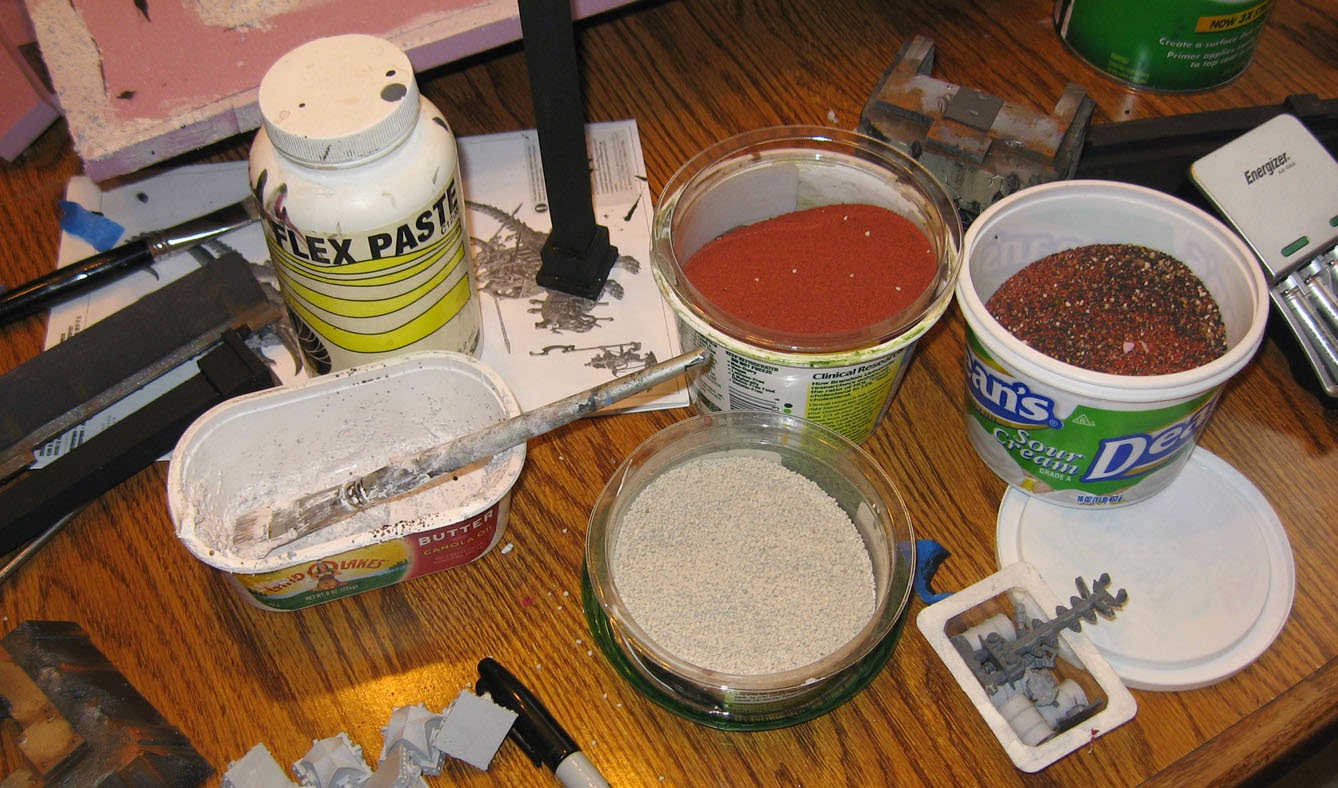 Here's what it looked like.  You can see that I have left some gaps for the Aegis Defense Line. 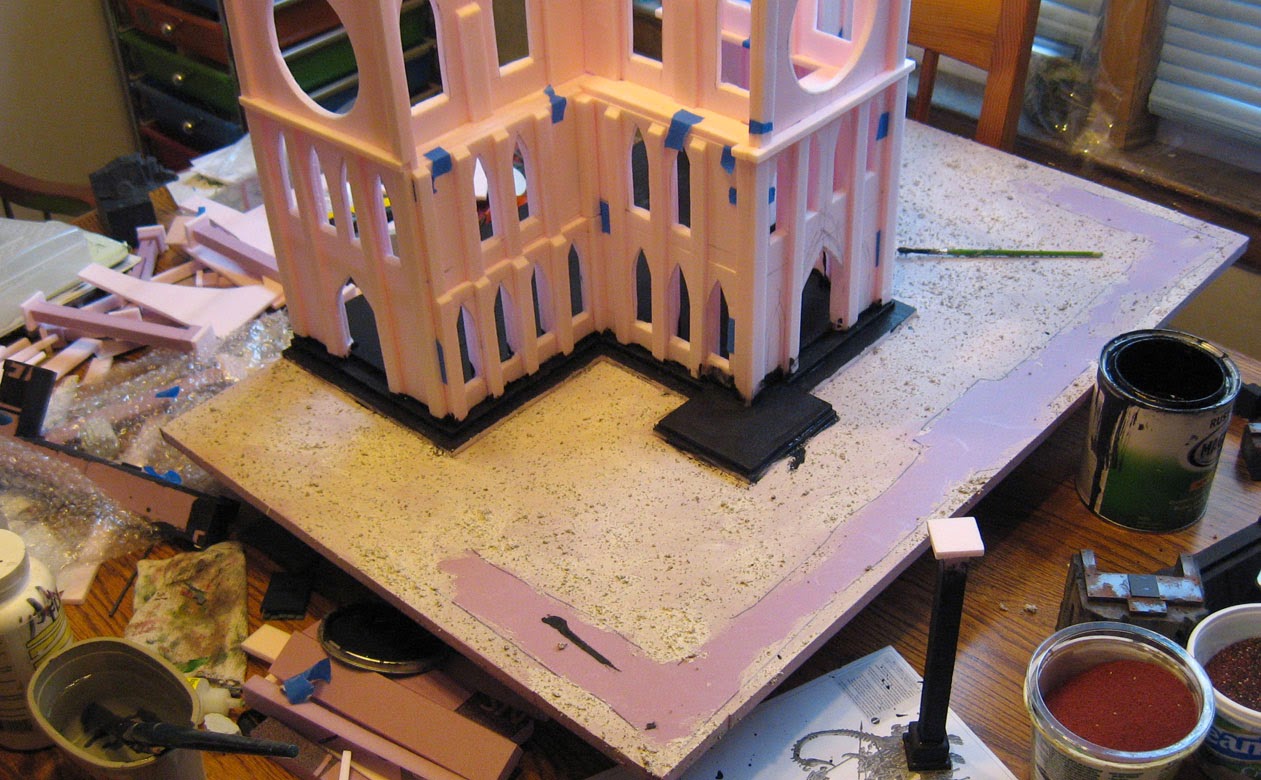 Magic primer time!  Those of you familiar with all my other terrain projects know how I love to use this magnetic primer.  It is very heavy, but it means that lighter magnetized miniatures will stick to it relatively well. 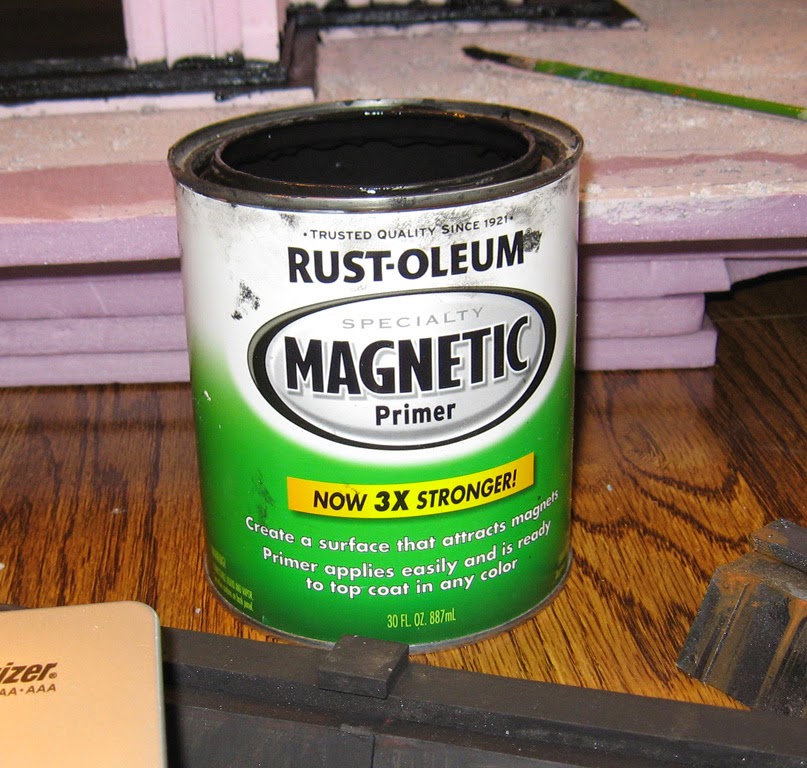 You can barely see the outlines of a metal plate in this shot.  The metal is designed to hold metal miniatures that are using rare earth magnets. 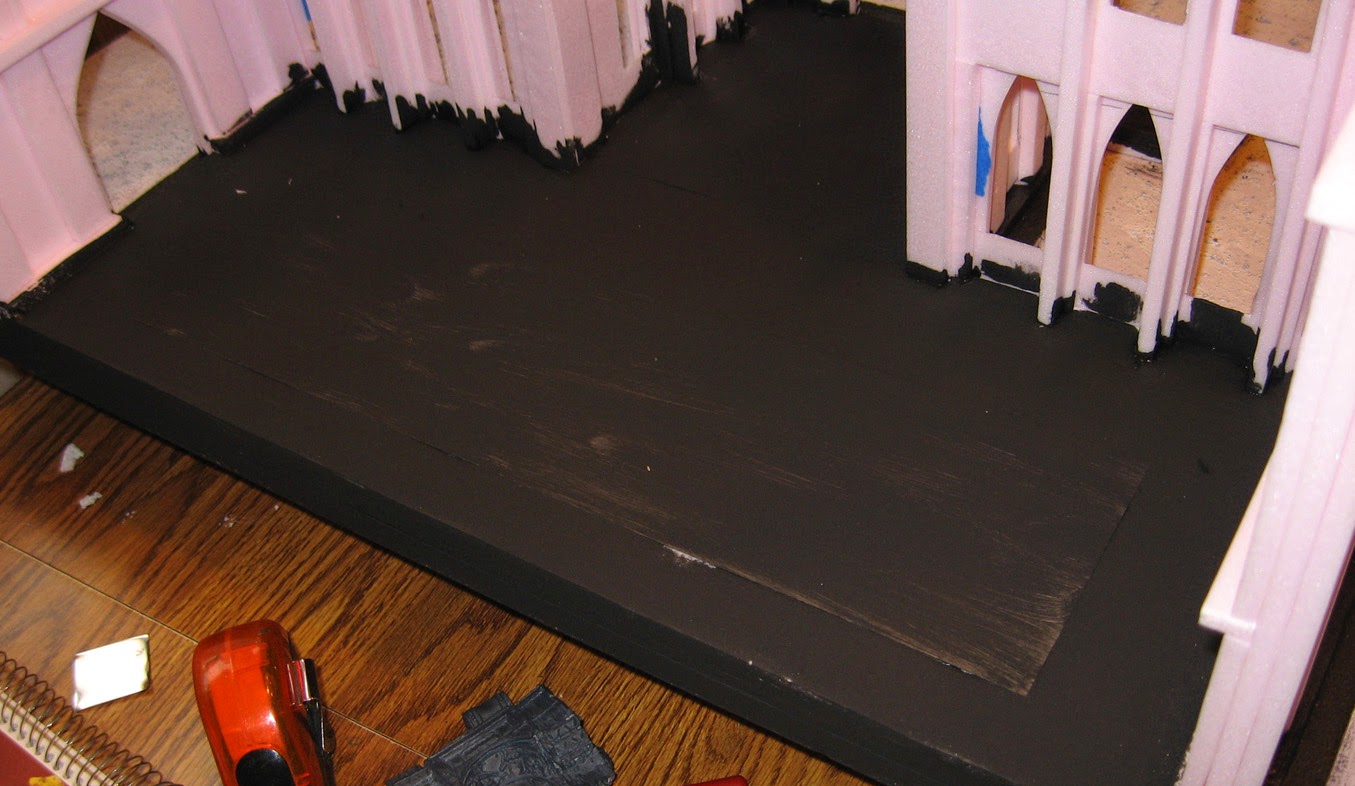 As that dried, I painted the interior surfaces of the walls.  These would be a little lighter than the outer walls. 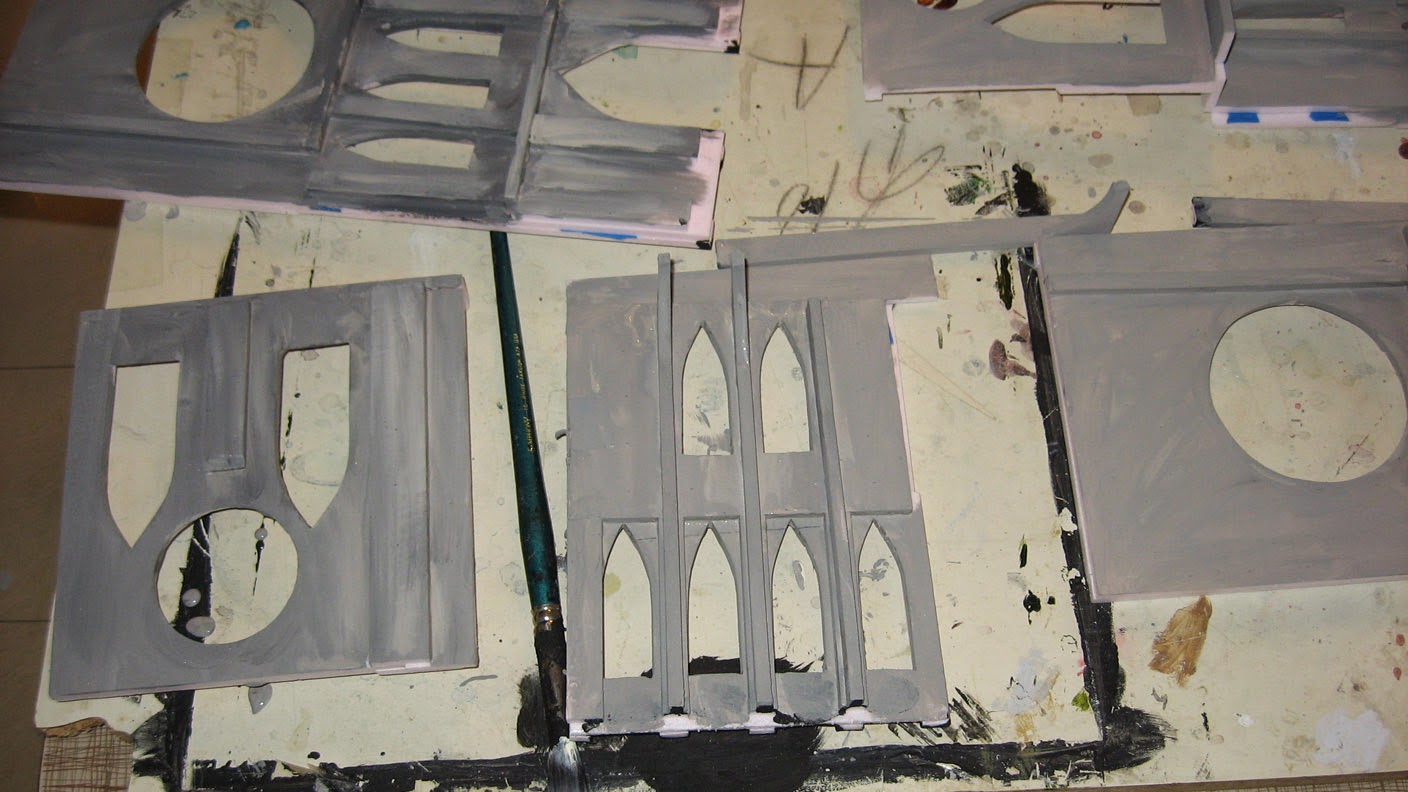 And now for the outer walls.  A little less brown, and more black mixed in.  Not too dark, since I wanted other details to be included. 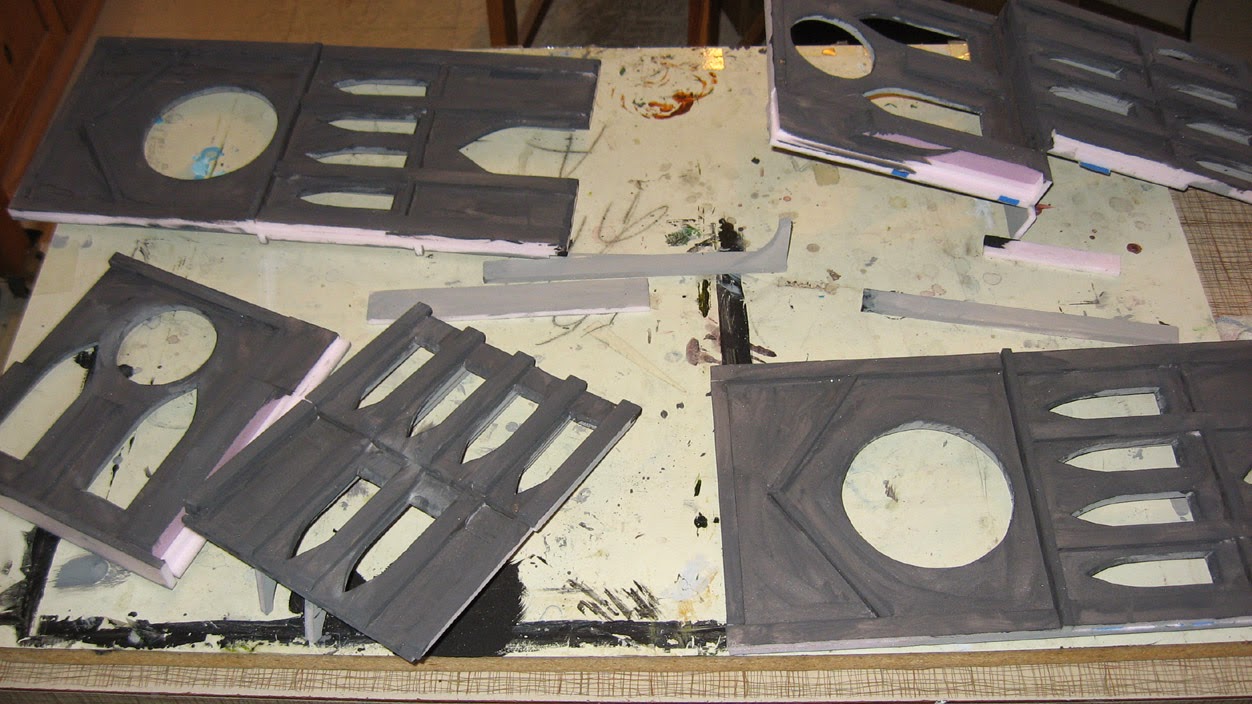 In this picture, you can see that I have been doing a bit of weathering on the panels.  It is much easier to to do when they are not glued in place!

That proved to be very critical...  This modular form made painting so much easier, as well as the putting in the windows.

Stay tuned for painting the inner floor of the Cathedral of the Raven! 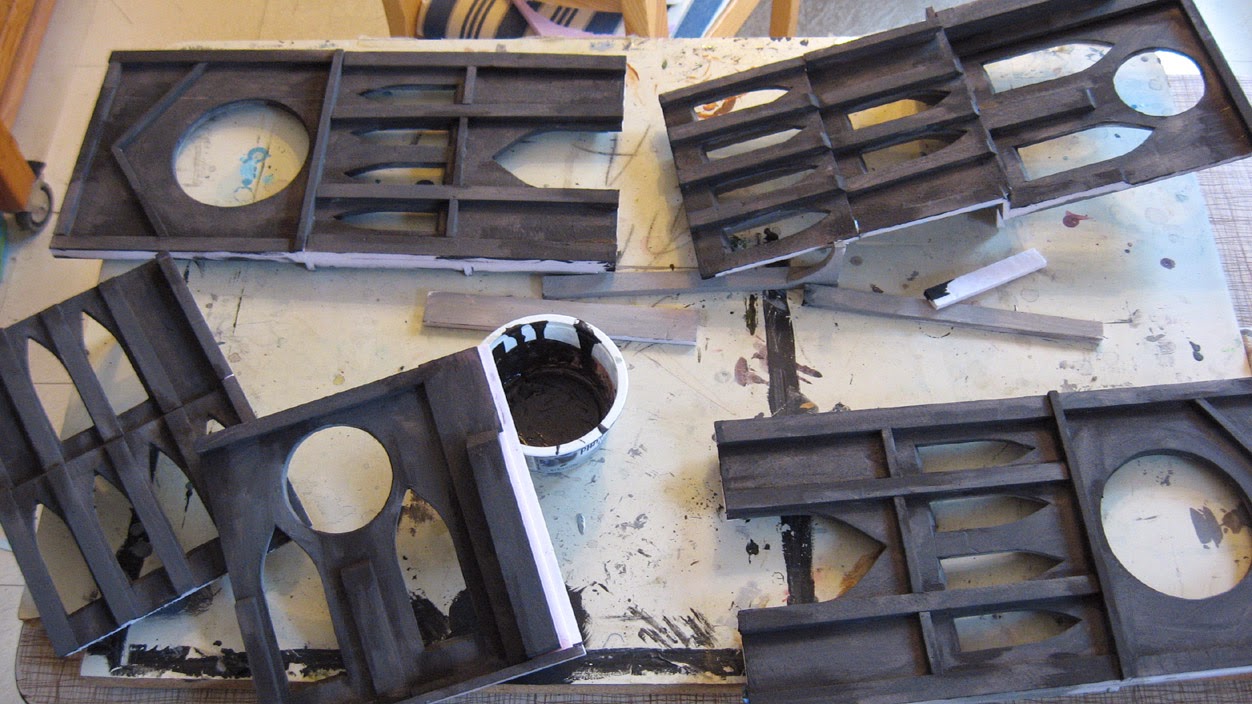 Posted by wappellious at 8:04 PM 5 comments: 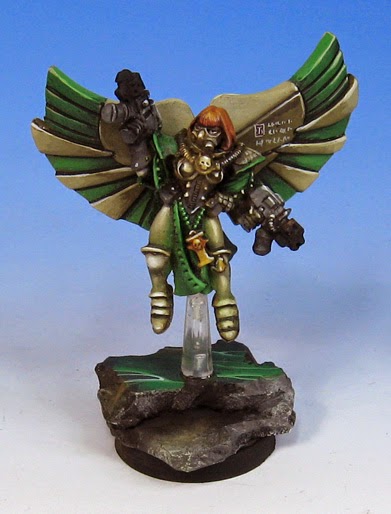 Here's another Seraphim, this time with a 'standard' GW  Seraphim flamer miniature.

As you can see, those same wings are very nifty with this version! 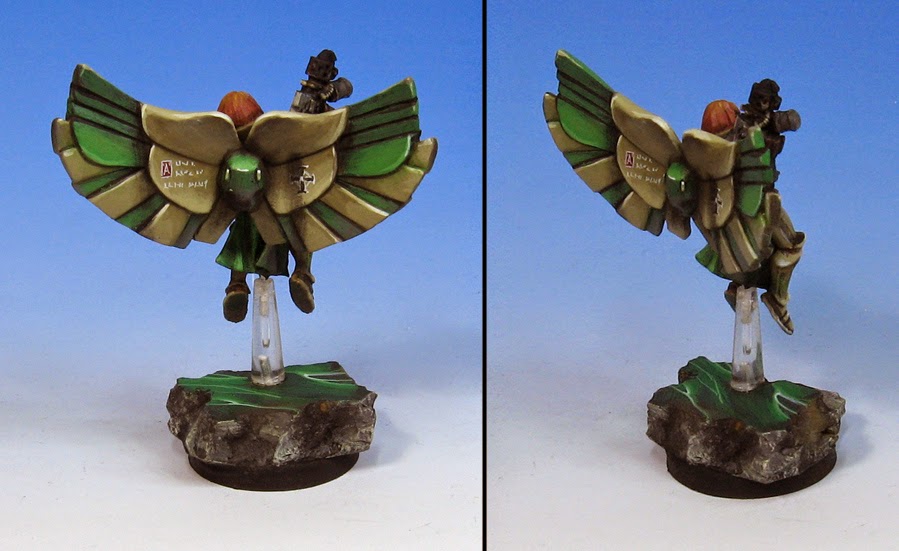 A little side by side... 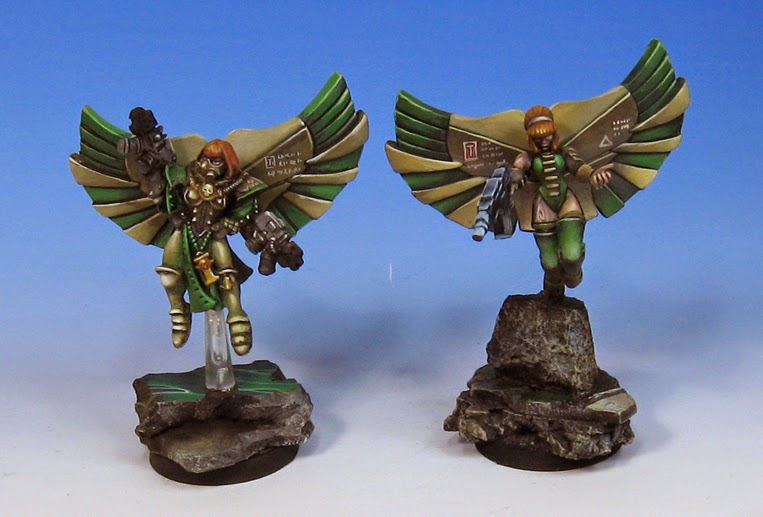 Much more to come! Stay Tuned!! 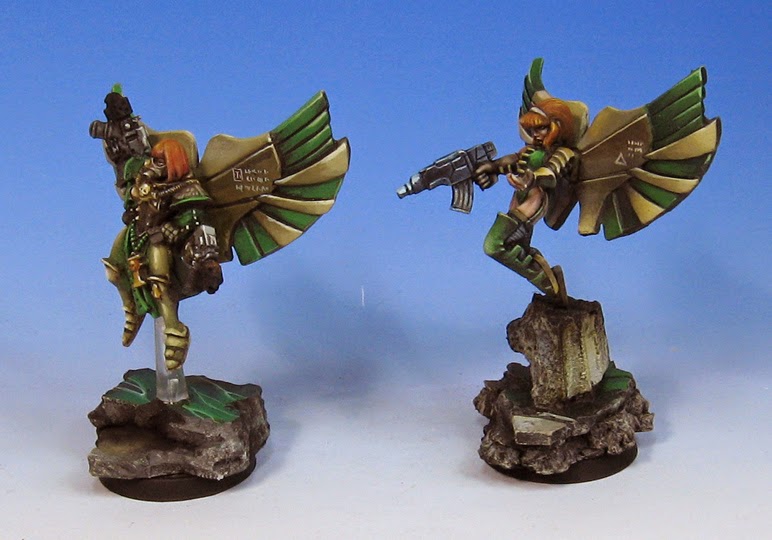 Posted by wappellious at 6:12 AM No comments: