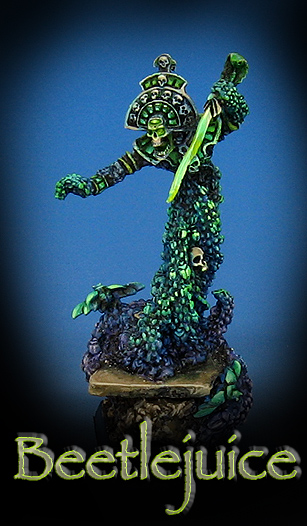 This Prince Apophas figure was an interesting little conversion that I made for my Tomb Kings army.  I made a few press moulds of the beetles that formed the body, and used those moulds to cast some blobs of green stuff.

These 'casts' of beetles were used to extend the bottom of the figure in order to wrap around the base. 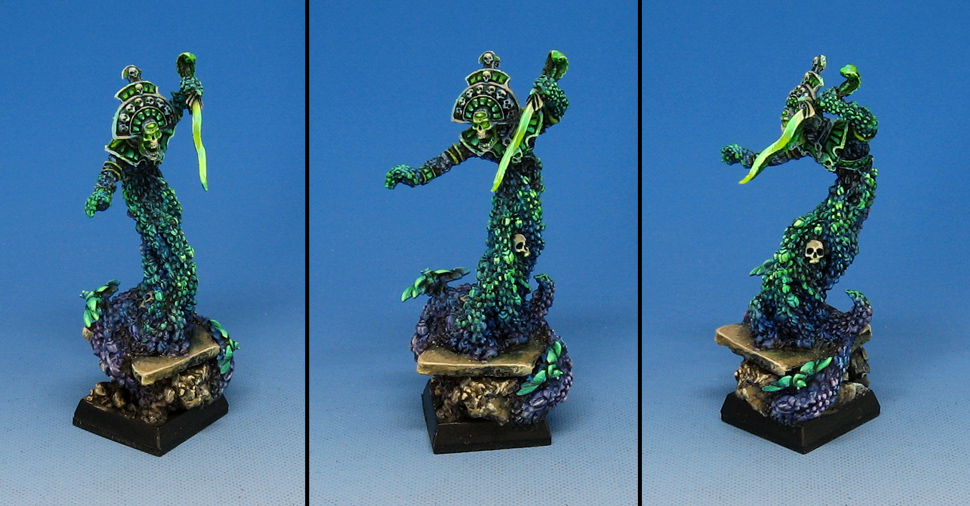 I added a few of the plastic winged scarabs on the tops of these extensions to make them appear like he was actually forming from the swarm! 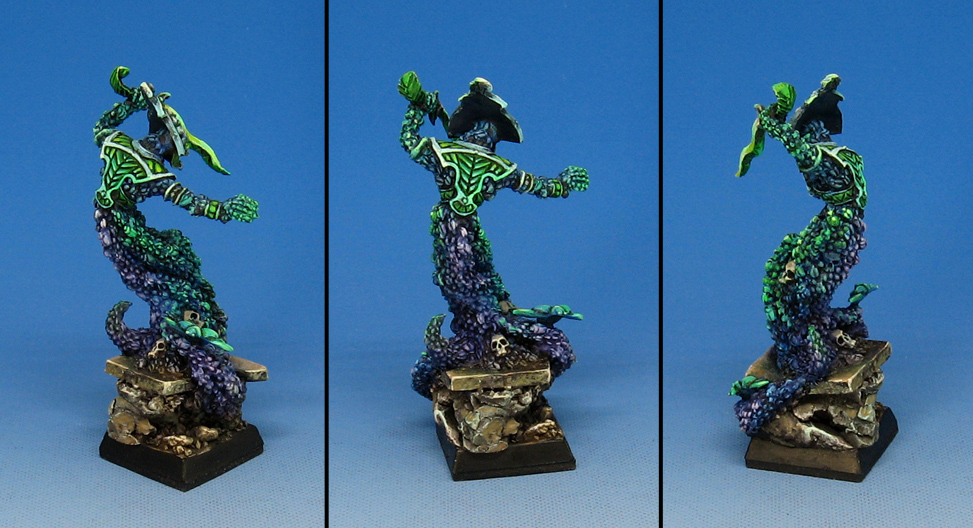 He was painted in the same Tzeentch taint color scheme as the rest of the army. 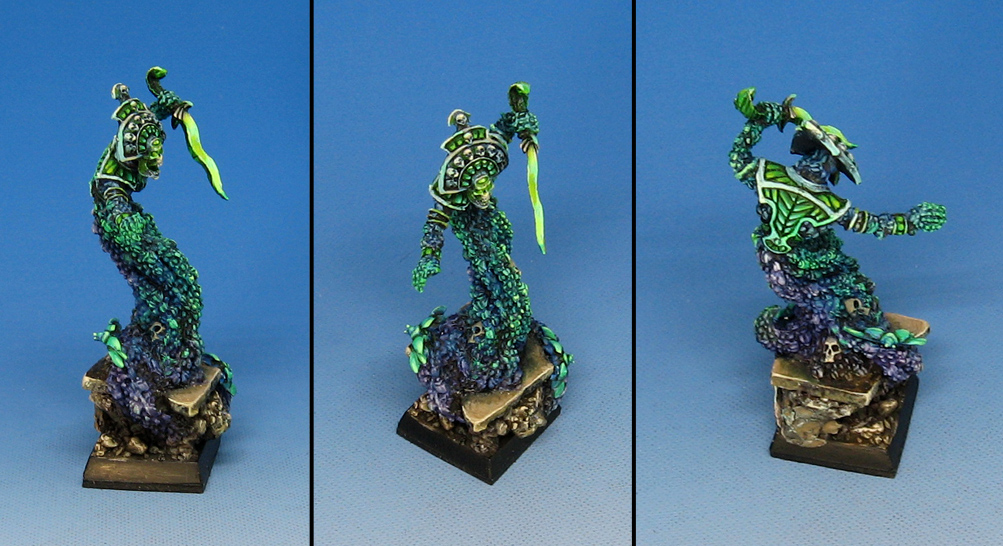 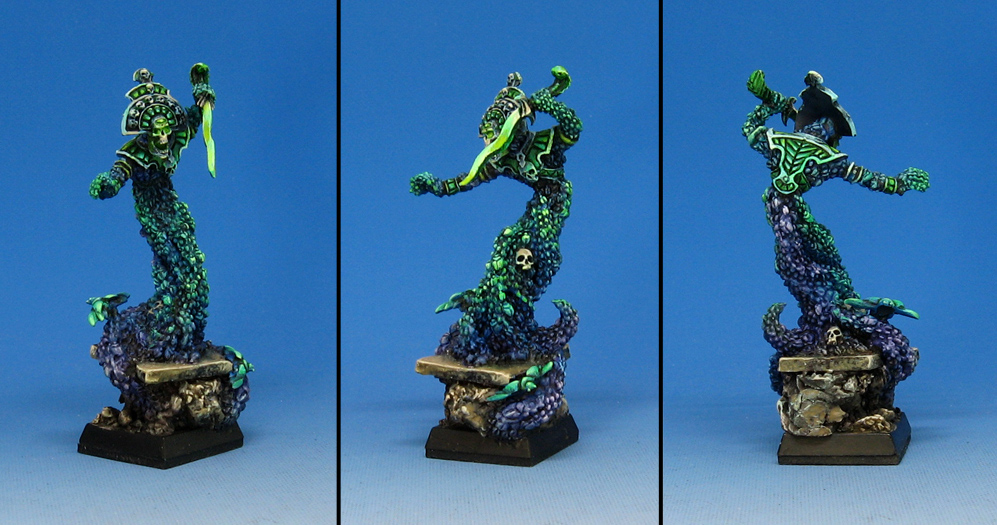