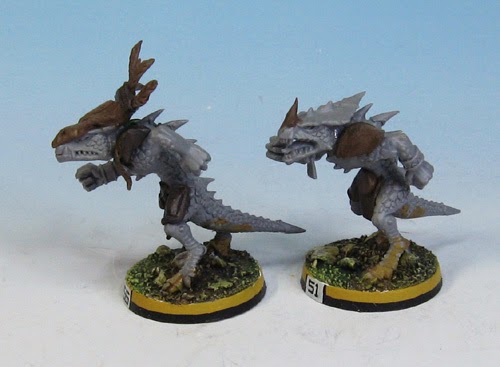 Here are some Blood Bowl Lizards that I converted a while back using some basic Warhammer figures.  It was something that I had been wanting to do for a long time, especially since I had actually started playing WFB at the time with my Lizard army.

I had the most fun with the Saurus... 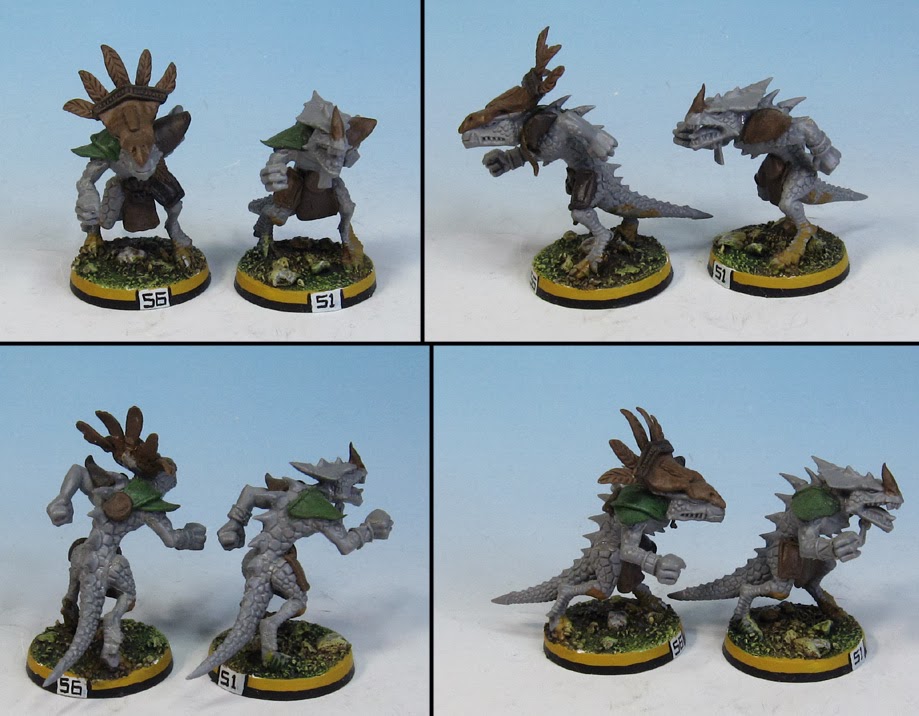 Some of you might recognize the head crest on this Saurus.  It was the testing ground for the crests on my converted Temple Guard unit! 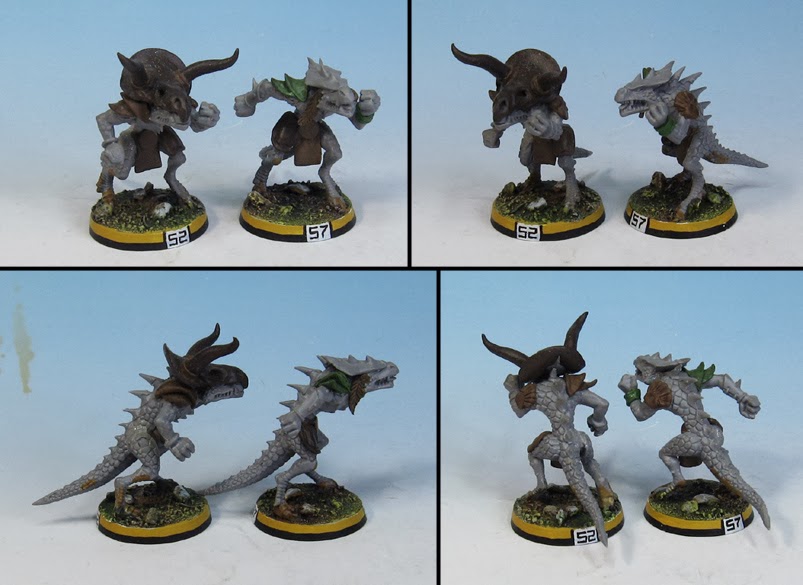 The shoulder pads were fun to sculpt as well. 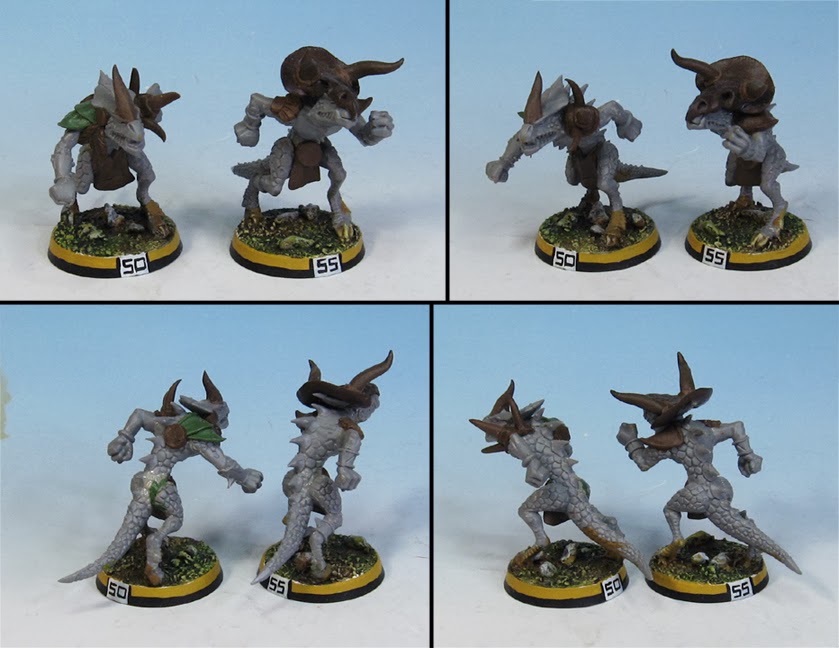 Here's the full set of six! 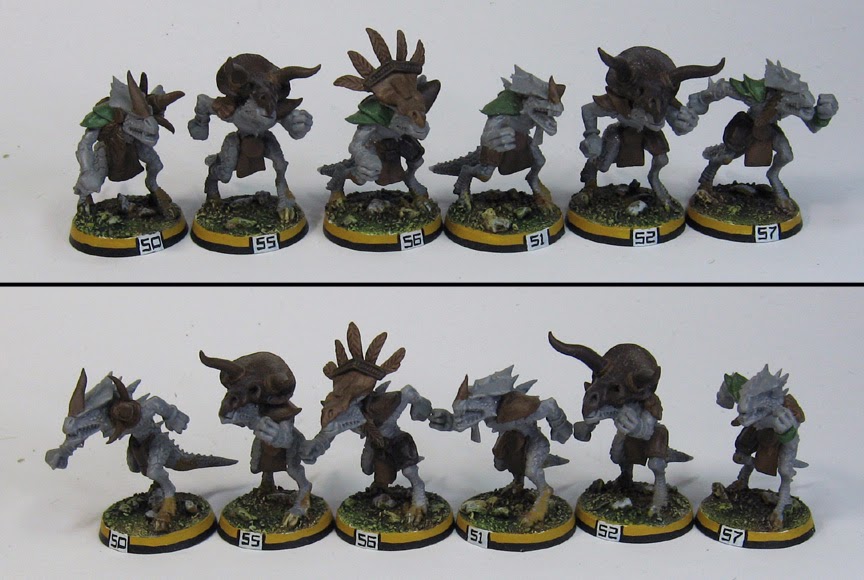 And now for the skinks.  Obviously a bit more simple, but just a little hint of armor here and there adds a nice extra touch. 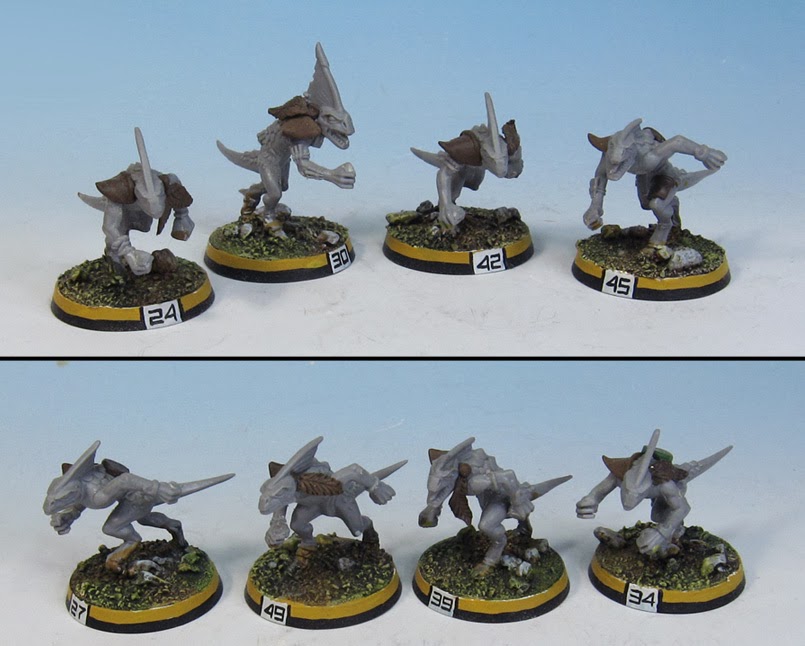 There were a lot more of these than I thought when I shot the pictures.  There were 9 of them all together. 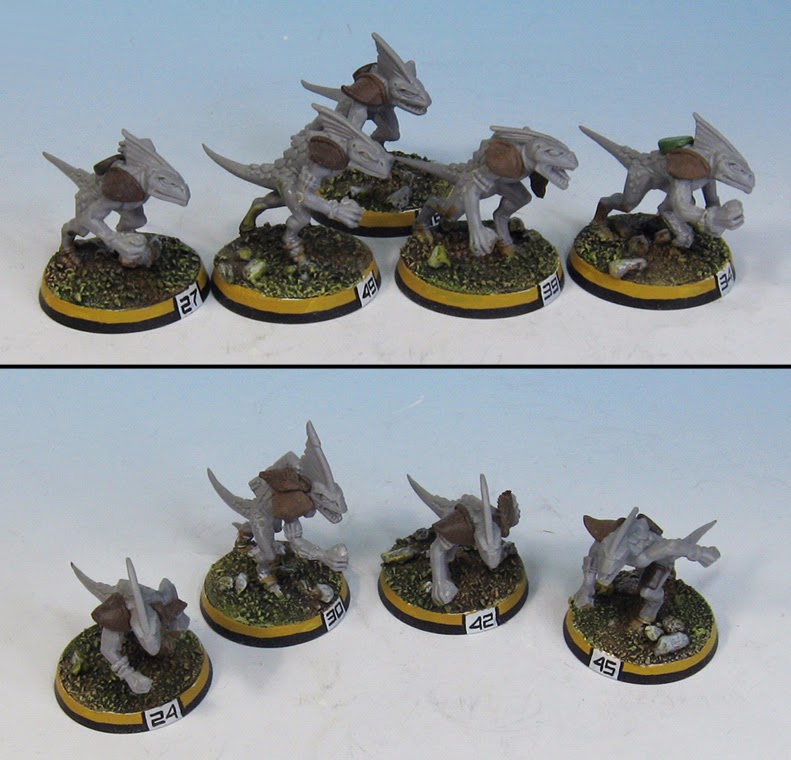 I could not resist putting the little number disks on a few of them. 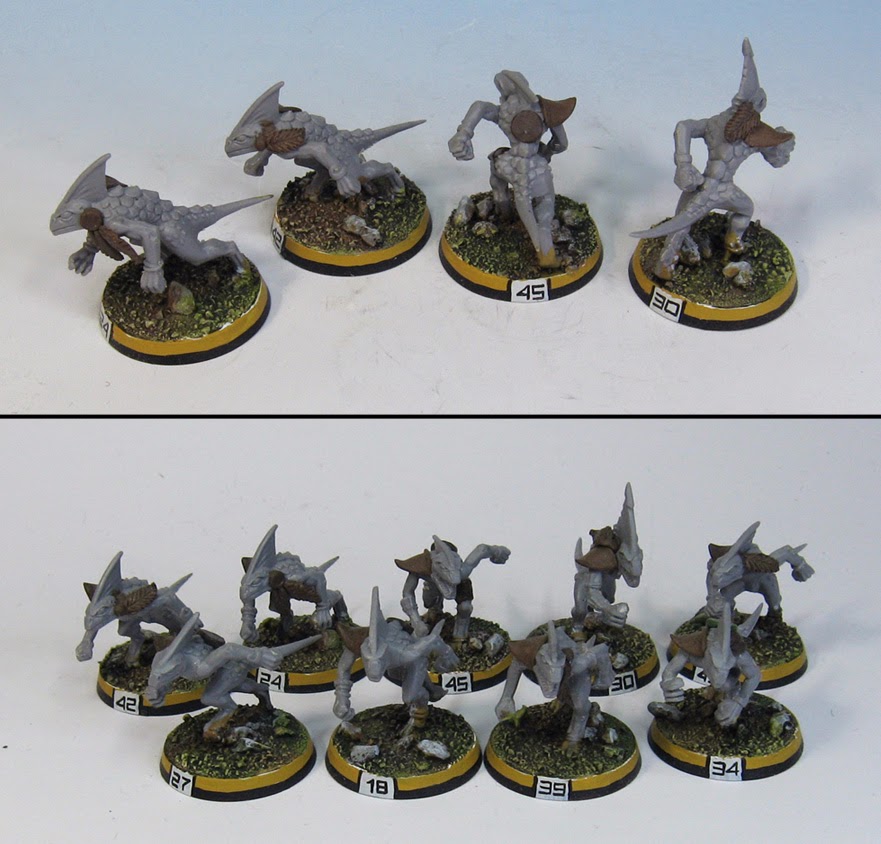 Watch where you swing those things 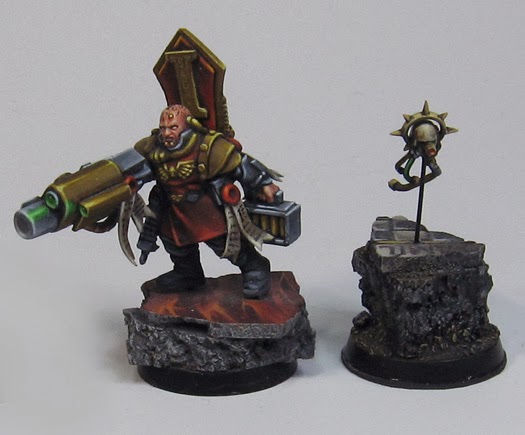 Time for another review of the retinue minis.  The Inquisitor and servo skull were original figures done bak in 2008, I believe.  The Psycannon was made from sculpey.

The Arco-Flagellants (or Arco-Flatuents as I lied to call them) were made for Adepticon 2012.

I remember them doing some damage in a few games.  Most of the time, however, they just got shot by Space Wolves missile launchers.

At least I got to use the servo skulls in the 2012 tournament.  I forget what it is that they do in the Grey Knights book, but I had 3 of them, which was enough to cover the whole table. 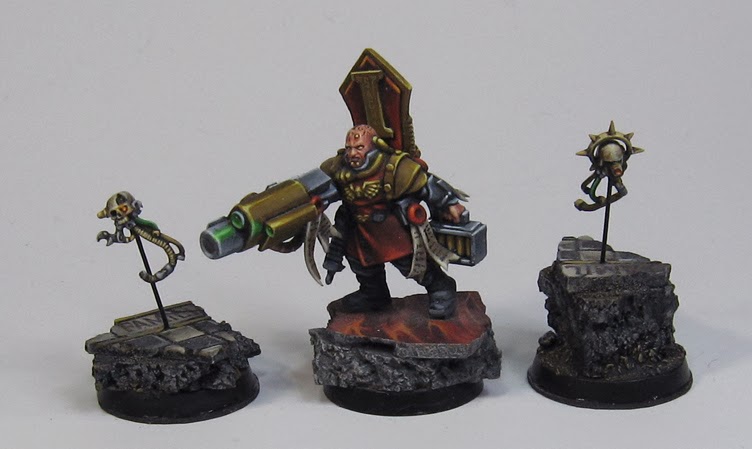 It is a bummer that in the world of 5th edition, none of this can even hope to stand up to plastic titans and fleets of flying stuff. :-( 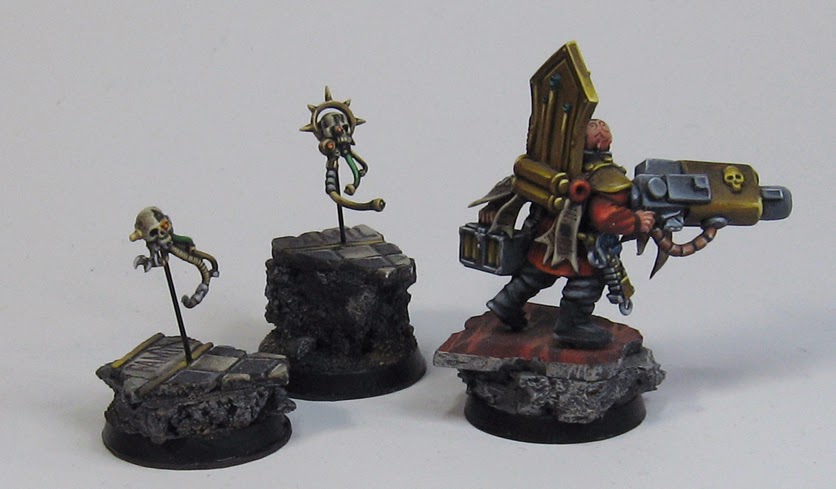 Anyway, I think I may just set up some of my own battles between the Dark Eldar and the old fashioned Inquisitor list.  Besides, innocence proves nothing!!!!!  Every day is a great day for an Exterminatus.  Let's play two... 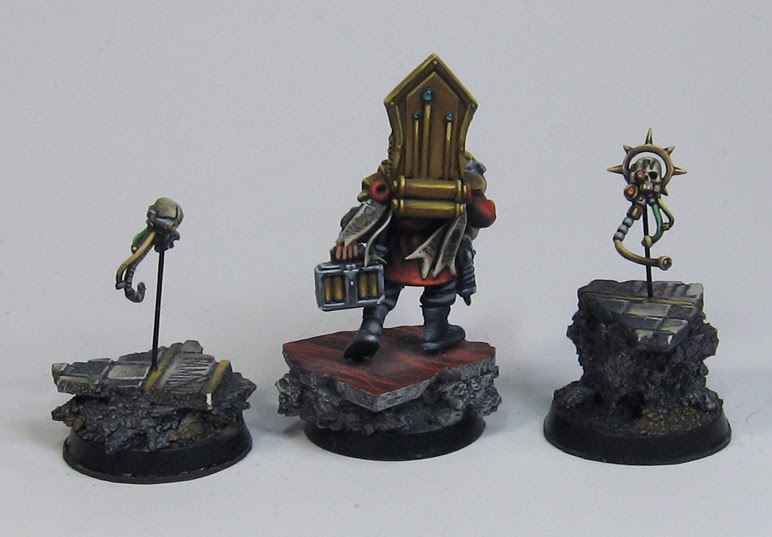