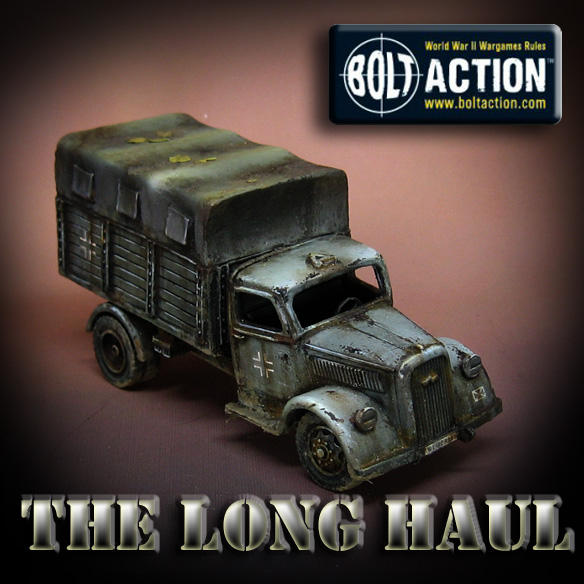 This Opel Blitz truck was one of the first vehicles for testing out a number of tools and materials.

It was the first 28mm scale vehicle that I had ever used the airbrush to paint.  In addition, it was the first time I had used the Mig AMMO oil based products, and the initial crack at using decals.

In the past, I had always done such markings and insignia with regular freehand.

The plan was to continue along these lines, until I started to learn about the secondary markings which are used on most vehicles... trucks in particular!

This page alone made me realize that I was going to have to get used to working with decals, and make use of Google searches to nail down what kind of markings I should use.  I was using a sheet of Rubicon vehicle decals, and many of them were shown on this page.

I attempted to replicate one of these as closely as possible. 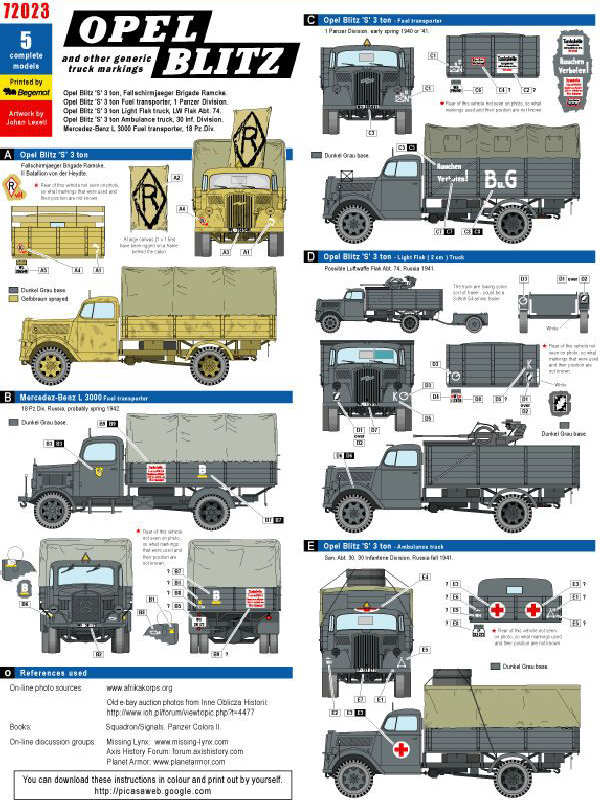 The side view gives you an indication of which one!

I noticed that the purpose of the truck made a major impact on what decals I needed.  Of course, this will add yet another layer of complexity when I choose which era and theatre my future vehicles will be taken from!

There are a number of other Blitz trucks under way, but a few of those will be for my DAK army, and a few others saved for my winter Germans.

I had a few leaves around from my leaf punch experiment, and some of those were placed on the roof to break up that open space.  I will probably add more of them after a while, but I was more interested in continuing with the rest of the experiments!

On future Opel Blitzes, I will attempt to add some windshields, complete with mud spatter and perhaps windshield wiper marks.  Stay tuned for much more!!