The Making of a Tutorial series 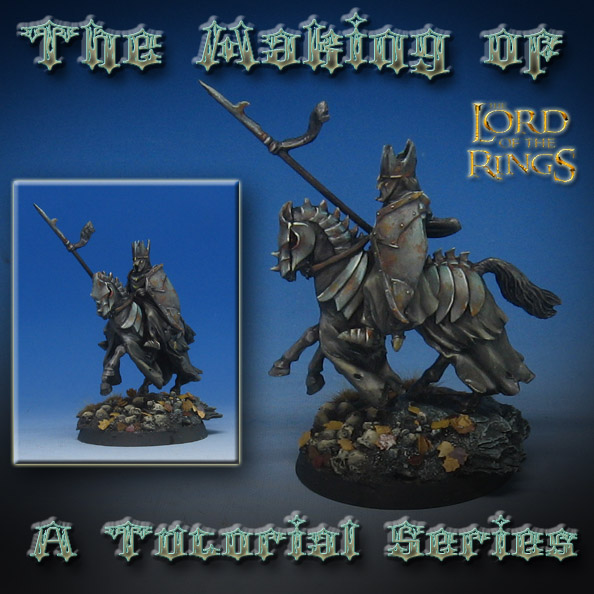 I am returning to Middle Earth once again for Series 7 in my Army Painting tutorials with some Morghul Knights!  This is the first Lord of the Rings unit that I have painted with the Mig Ammo Oilbrushers, and it has been a lot of fun! 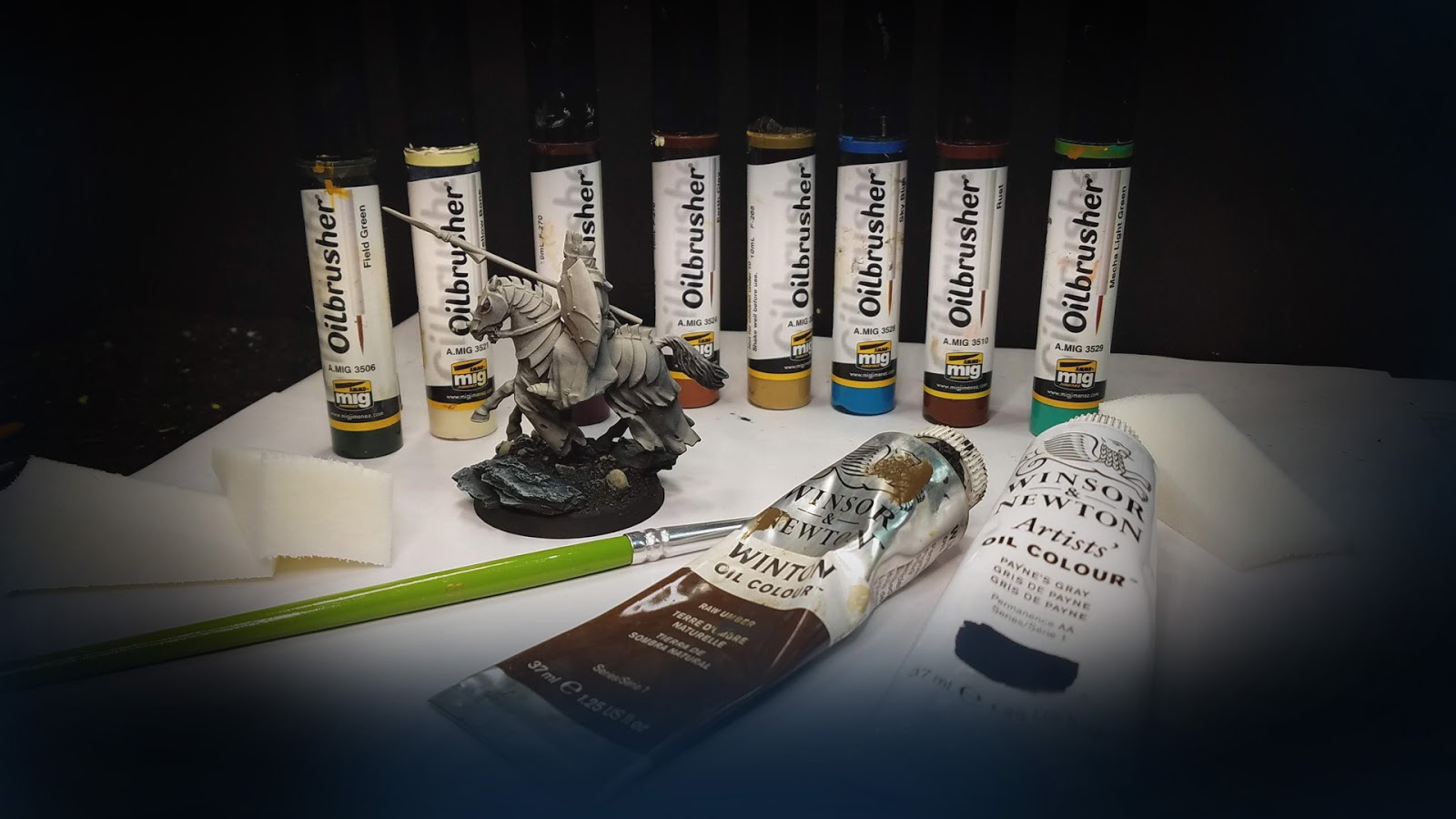 As I have mentioned many times, oils really excel at painting multiple figure all at once, because the miniatures themselves become the wet palette.  It can be as simple as placing a color onto some wet paint, grabbing another fresh brush, and blending all those tones together.  There is no such thing as "layering up", or even basecoats.  You are working on all surfaces at once. 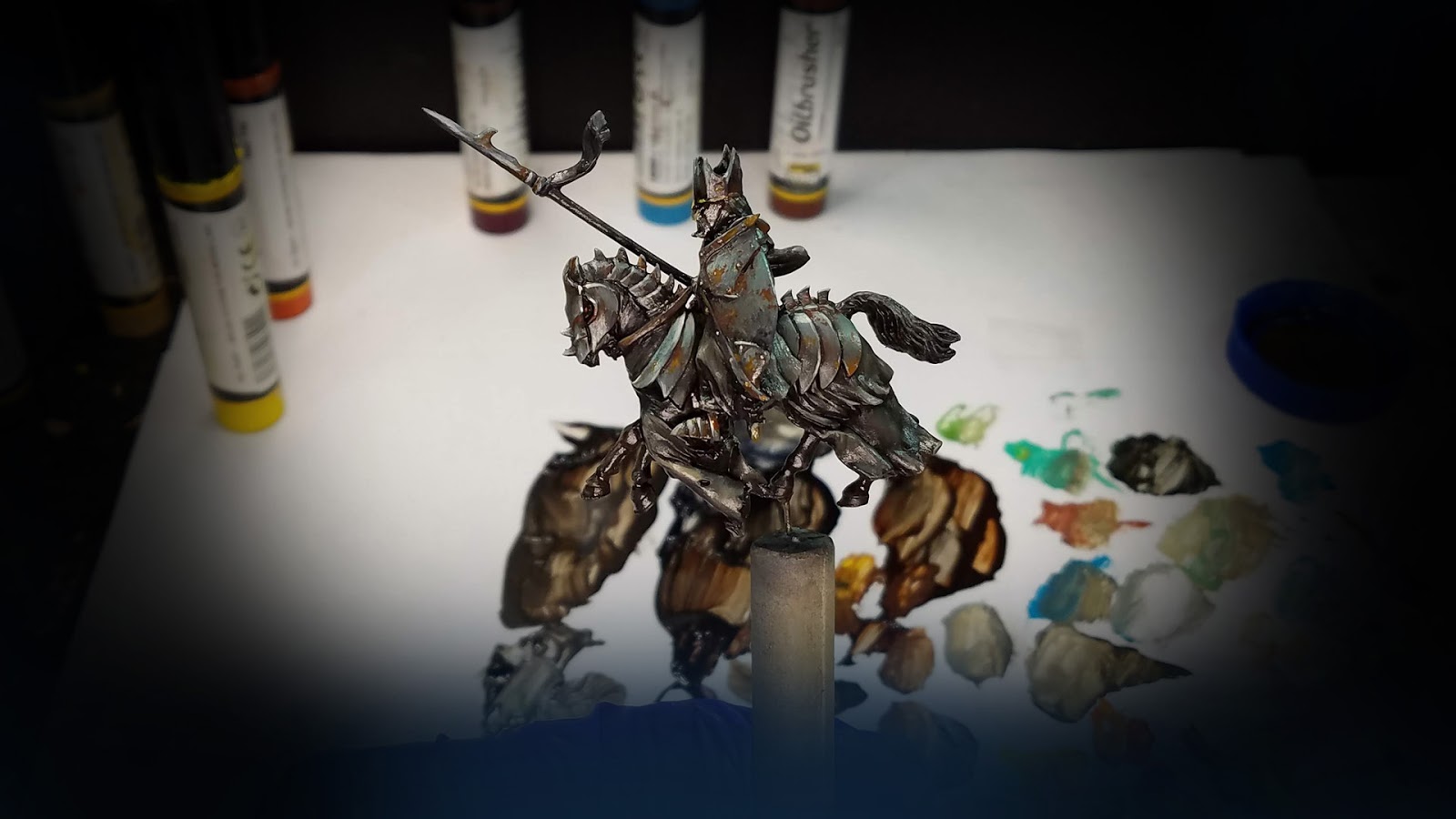 Episode 1 of the series focused on basing, as usual, so once the Color Test figure was completed, I could put that on the base and do a quick little demonstration on the Green Stuff World leaf cutters.

These bases were also a first time experiment, where I used those resin texture sheets along with my normal tree bark.  I loved them so much, I went on to use them for my Song of Ice and Fire Free Folk. 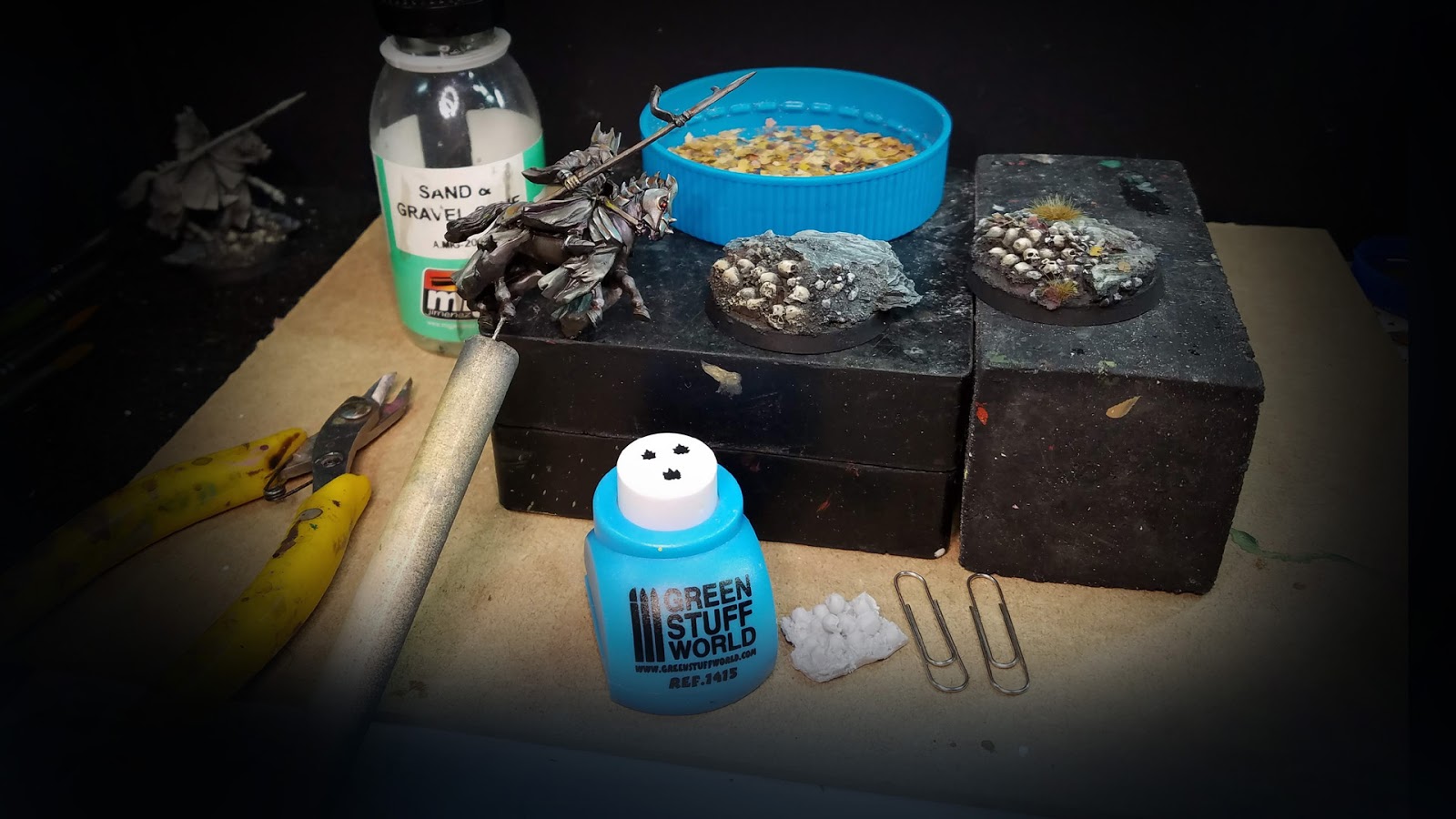 Here's the result of Episode 2.  Keep in mind that all the weathering, NMM, and so on was done in one sitting, while the paint was still wet.  Yes, it can be done, and it is not very difficult.  Keeping that advantage of the wet paint going can really help you get all those nifty color variations which will take a lot of glazing and other extra effort with acrylics.

Of course, the drawback is that the paint does not dry quickly when you need it to.  As I say in the videos, I do not try to make it dry faster by any of the means suggested, since it runs counter to the whole purpose.  It just means that I have to plan a few moves in advance just as you would in any tabletop wargame ;-)

If you want to see some examples of oil painting in action, I have a few YouTube live sessions that can give you an idea of how it works, like this one:https://youtu.be/IkrM2b7xl7E

With each Amy Painting series, I try to tackle as many new techniques, mediums and basing themes as possible.  I also vary the genre as much as I can.  Each series is usually 5 episodes, and runs 10-12 hours total.  All stages of the process are covered, from the initial unit basing to the color test figure (such as this one), and then to the rest of the unit.  Any special added effects such as freehand, flock, snow, ices, etc are usually covered in the final episode. 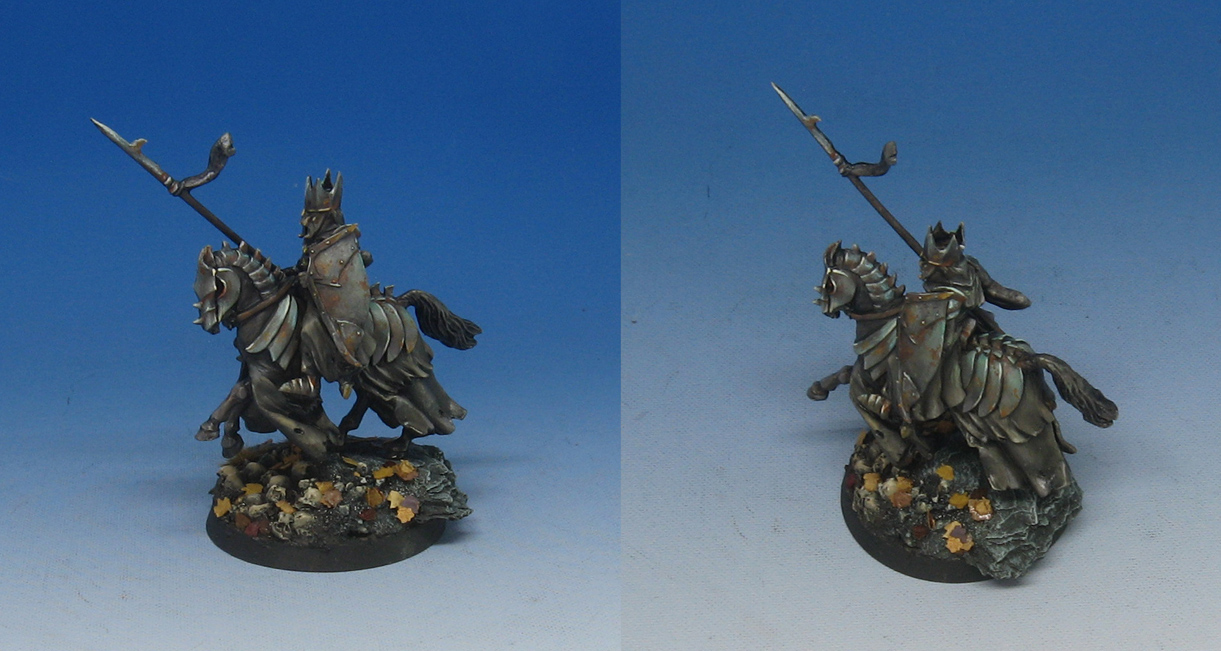 The Army Painter pledge level is $15 per month, and it gets you more than just the Army Painting series.  You also have access to the rest of the videos made that month, such as the Dark Sword Videos, Basing and other general techniques.  You can check that out here:  www.patreon.com/JamesWappel 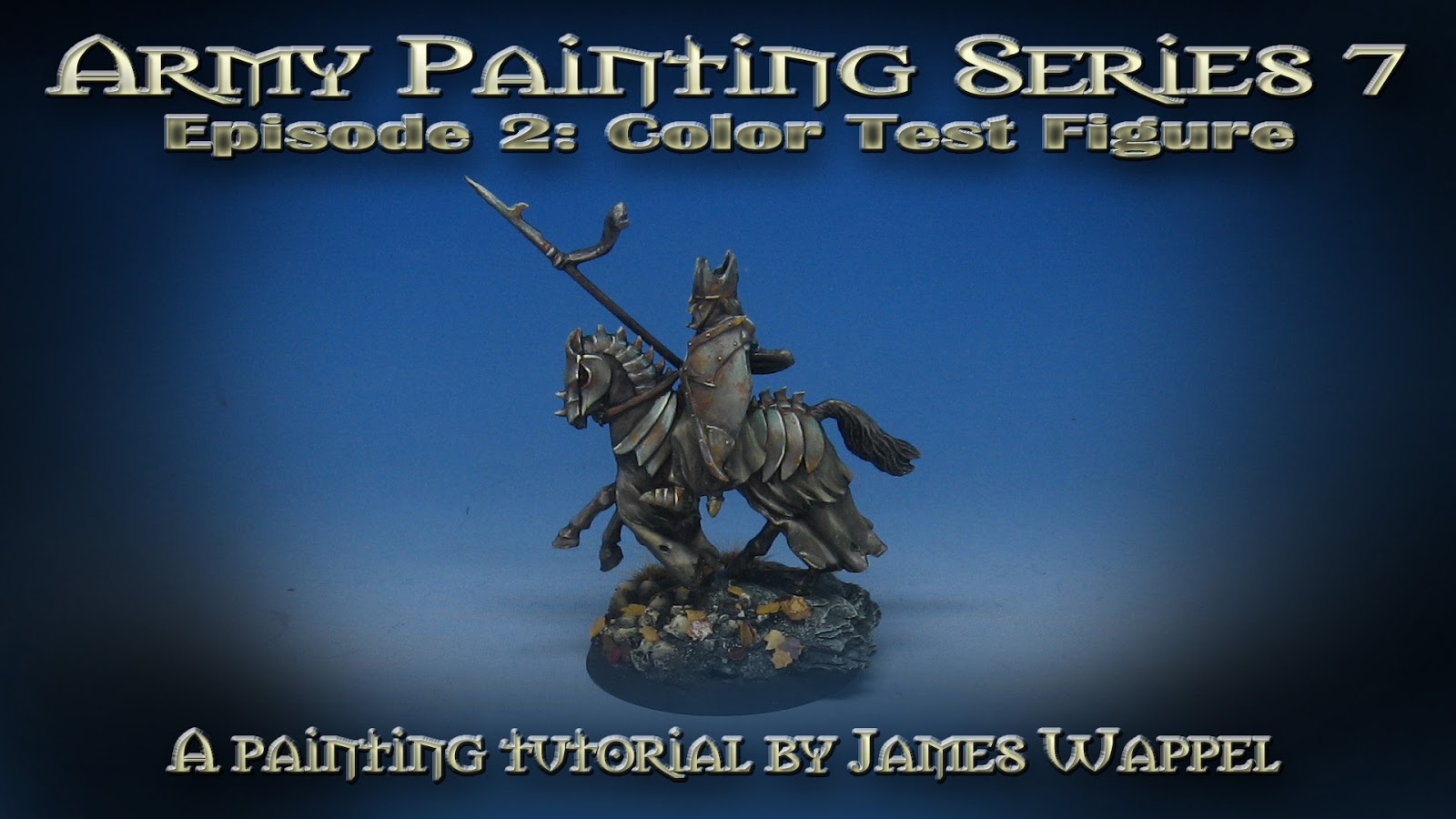 Posted by wappellious at 2:11 PM 2 comments: