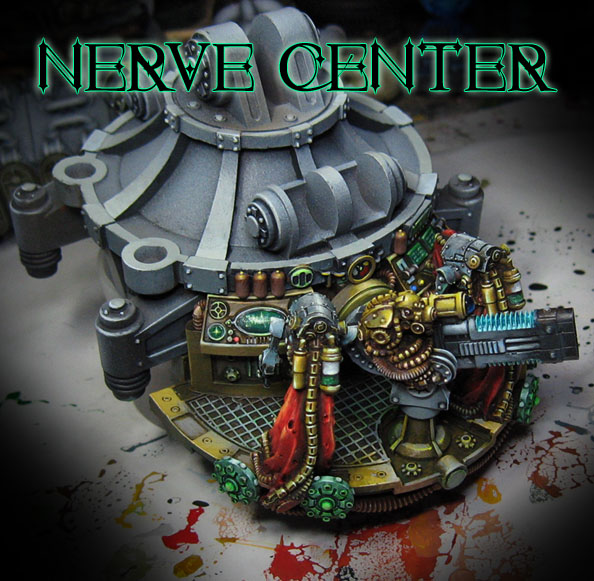 As work progressed on the massive Mechanicum vehicle, I noticed that the most elaborate work was needed on the smallest and least visible sections!

The Control Center was certainly chief among those concerns.  Not only did you have all the various panels and diodes, but there were two pilots and a rotating plasma cannon between them!

Getting all three of those to fit together was not very easy.  I lost track of how many time I had to reposition those two crew.  Placing them in the best position relative to the control panels meant leaving no room at all for the plasma cannon.  Since the two forward cannons rotated so easily, I felt like this one also had to be able to rotate. 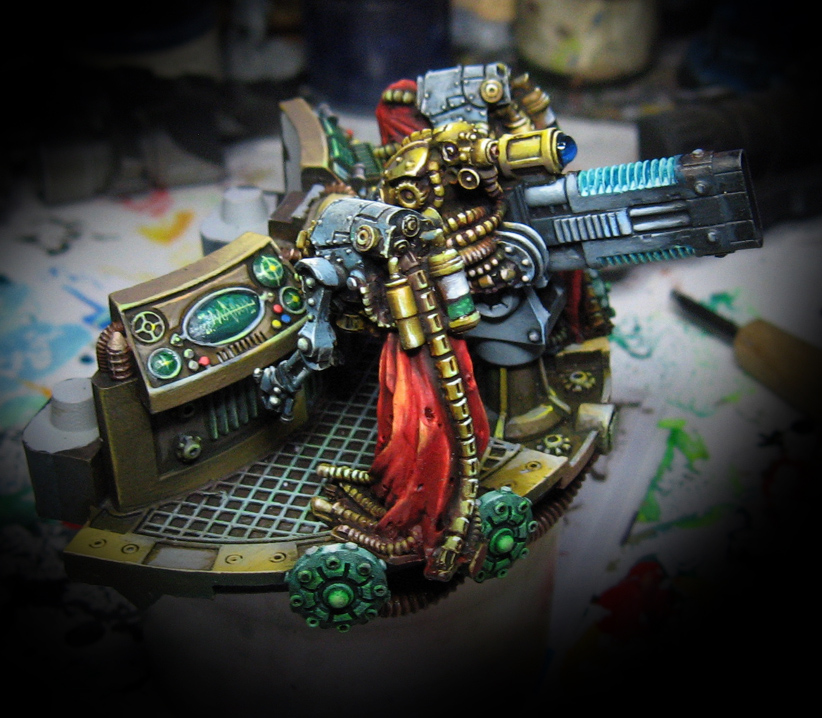 This assembly holds the front tracks in place, and links them to the larger rear section.  It was not easy to get the brush down into some of these deep areas! 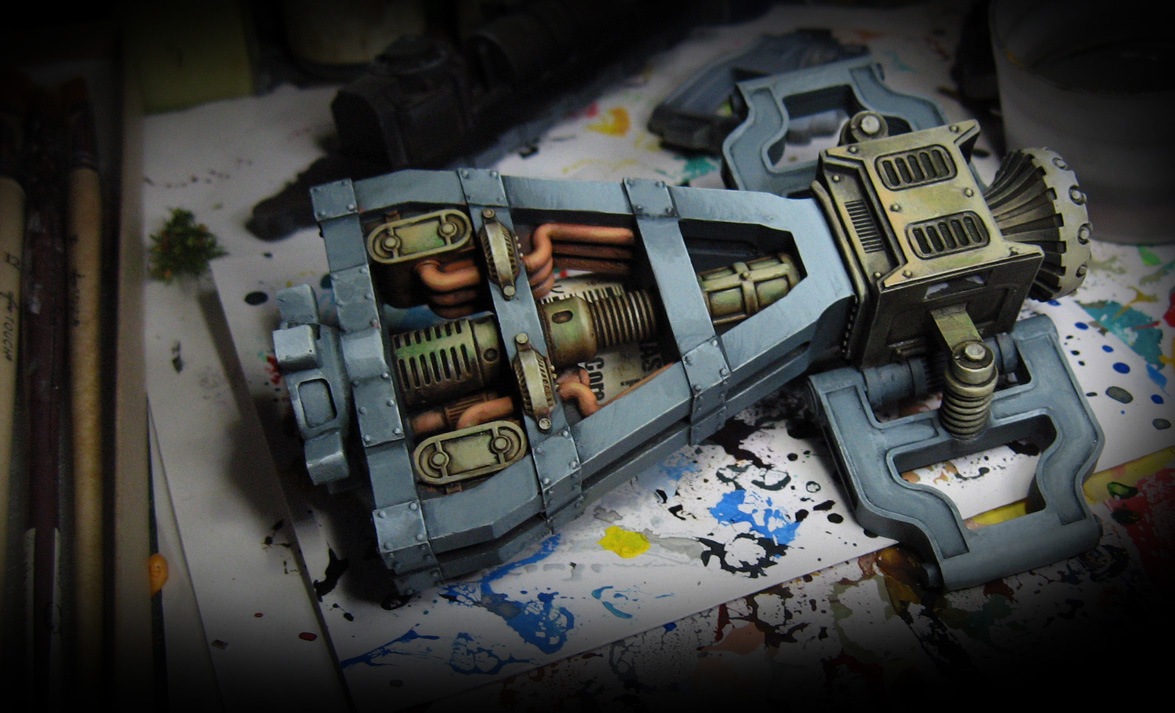 While the entire Mechanicum army that I painted was 'red', there was very little actual red in any of the mechs, vehicles, or troops!

The only red on this gigantic tank was the robes on the pilots and the cowlings of the track assemblies.

The smaller front section had the two part exposed interior, just like all the previous vehicles I had painted.

But wait, there's a LOT more!  This large piece had to carry three major pieces... the targeting mechanism, the control center, and a few pounds of resin ray gun. :-)

Oh, and it also had to attach to the front set of wheels! 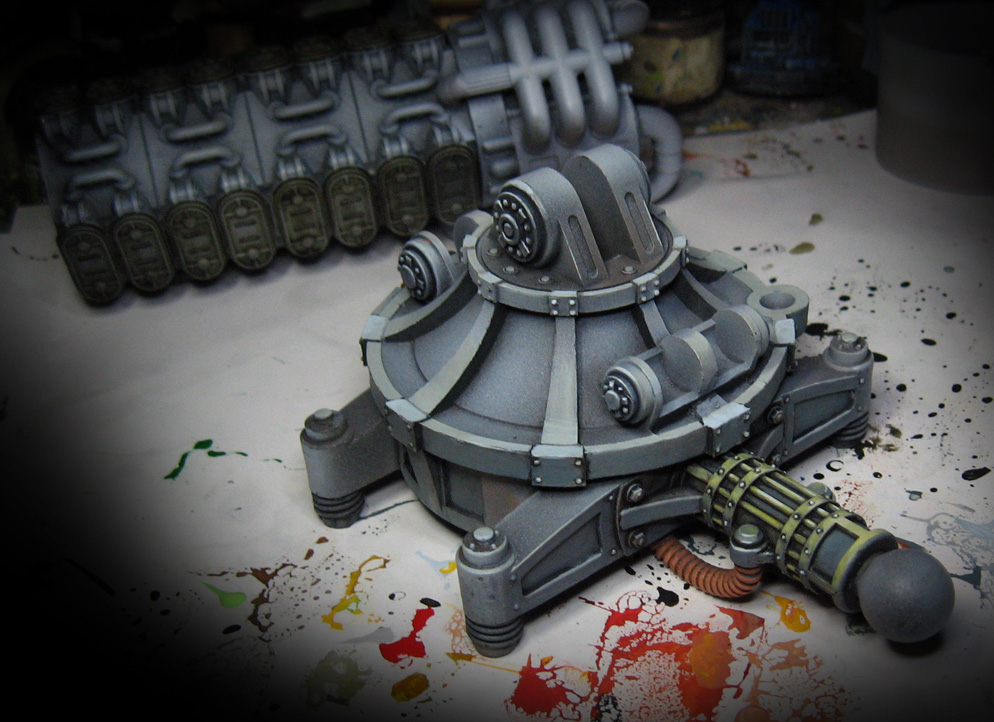 Here's what it looked like with the control center attached. 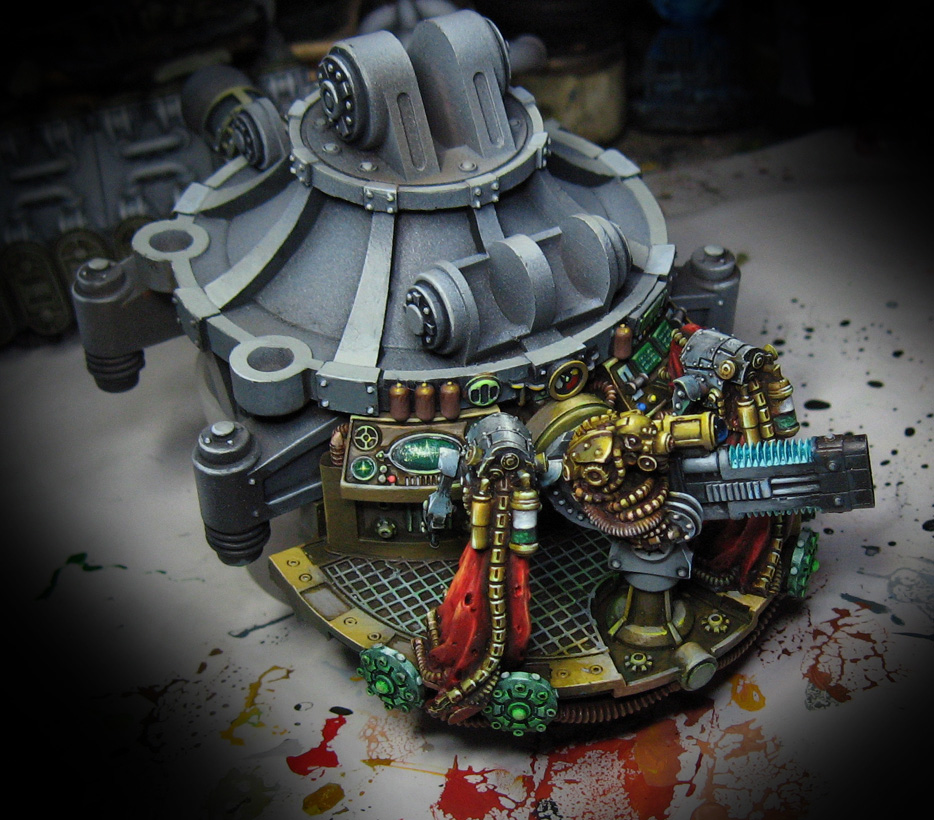 This 'hangs' off the back, which was a strange orientation.  One thing I began to discover with this vehicle is that it has minimal attachment points.  There's a lot of weight hanging on or sitting on tiny little pegs or openings.

When this is shipped, it is going in sections.  There's no way it could ever survive that trip.

I have one more post to show you of all the various pieces.  It will give you a peek at some of the methods I tried to use to get various effects on a somewhat clumsy to handle kit. 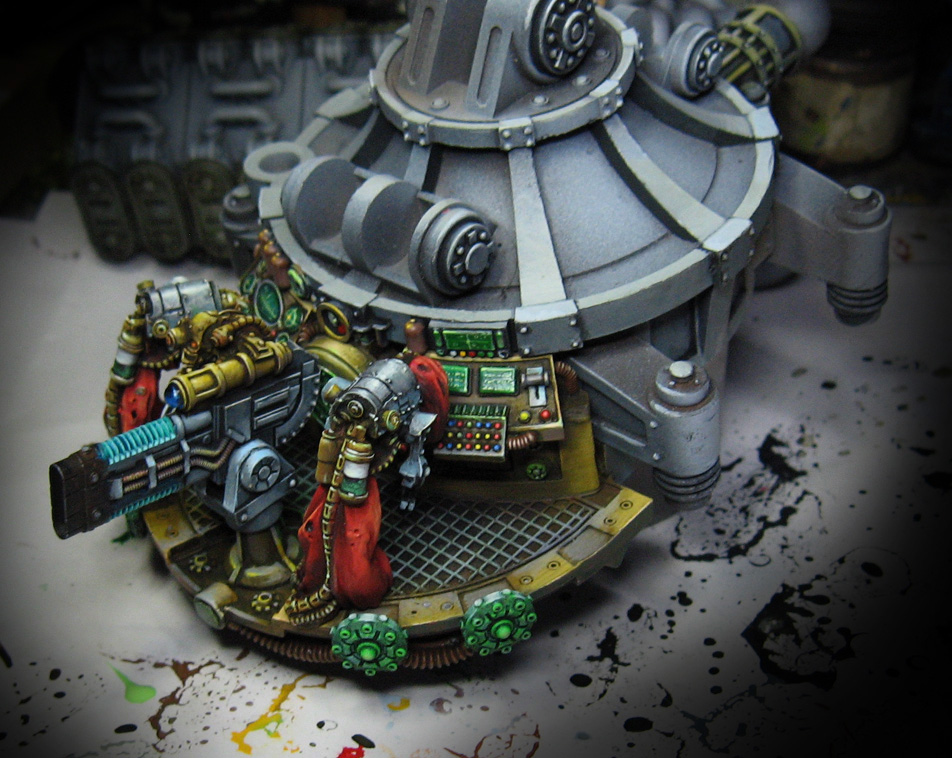 Posted by wappellious at 1:21 AM 4 comments: