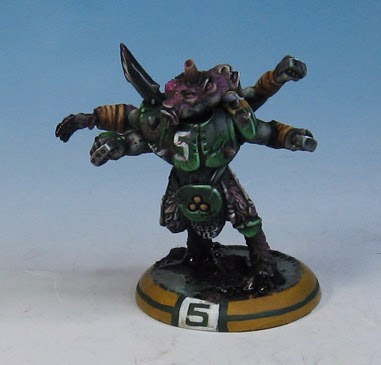 Well, this guy should be able to dish out a serious stiff arm or two, or three, or four!

I guess he will get fined for handing out a four-arm shiver.  Ouch.  Yup, been that kind of week. 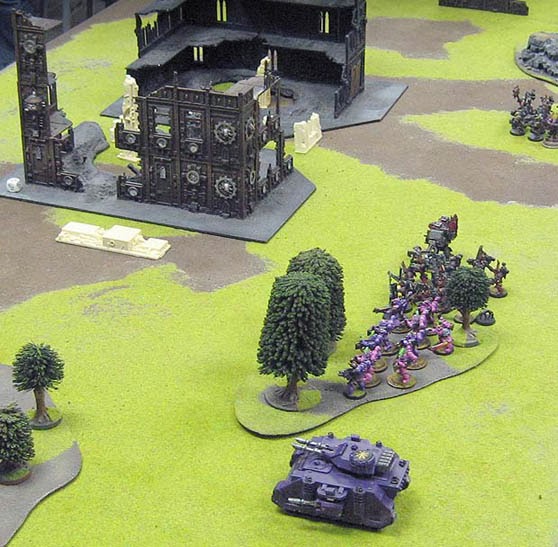 Here's something from many moons ago, when Rich and I played lots of 4th edition 40k.  Usually, it was his Chaos vs my Demonhunters.

This particular game was a scenario that we created, called Defend the Factorum.  It was an 8 turn game, with the ultimate goal to get the most bodies inside the Factorum by the end of the game.

There was a staggered approach to deployment.  The defender began with very little inside the factory... I think it was just an HQ and some troops.

The attacker had much more coming in at the start of the game, but had to deal with 2 sets of hidden minefields.  Two were anti-vehicle, and 2 more were anti-infantry.  These were deployed secretly by the defender by designating their position on a grid.

Here are the forces before the game.

As I mentioned before, the attackers came on the board with a good chunk of their forces.  The defenders received reinforcements at various intervals.

You could choose to get on the board earlier, but they would show up farther away from the factory. 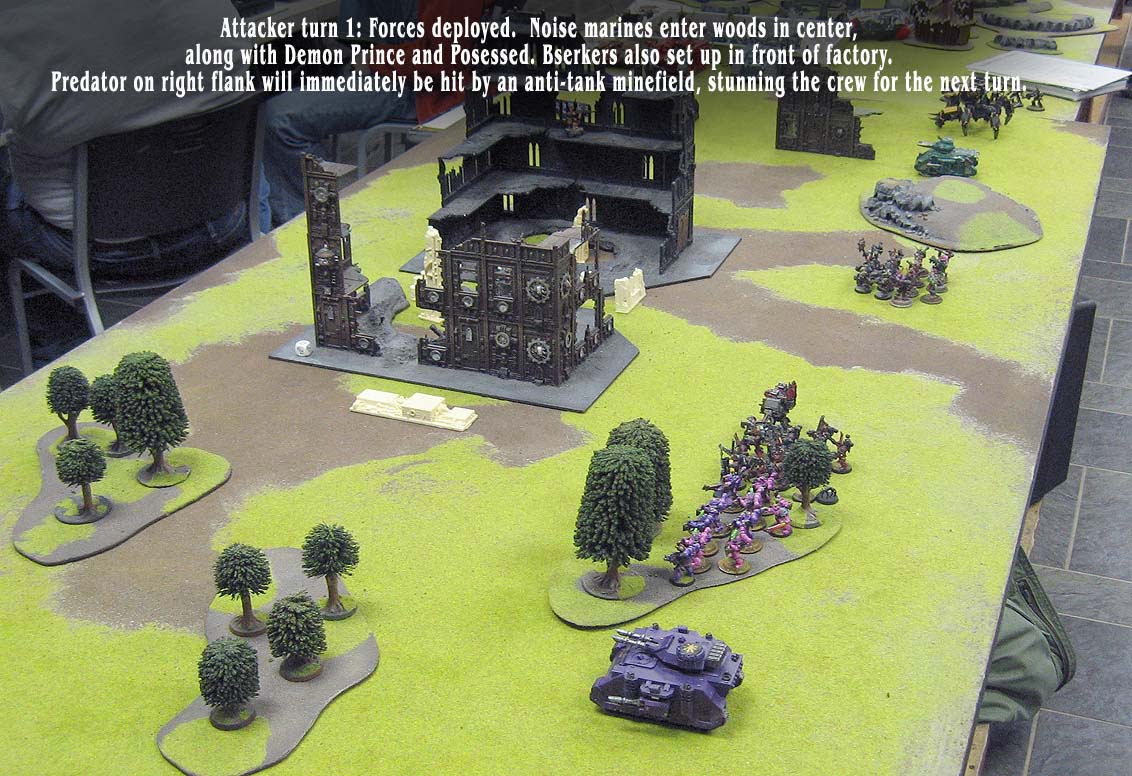 This let the attackers advance rapidly at the start of the game, as there was not much in the factorum to oppose them.  However, advance carefully, since you never know where those mines might be! 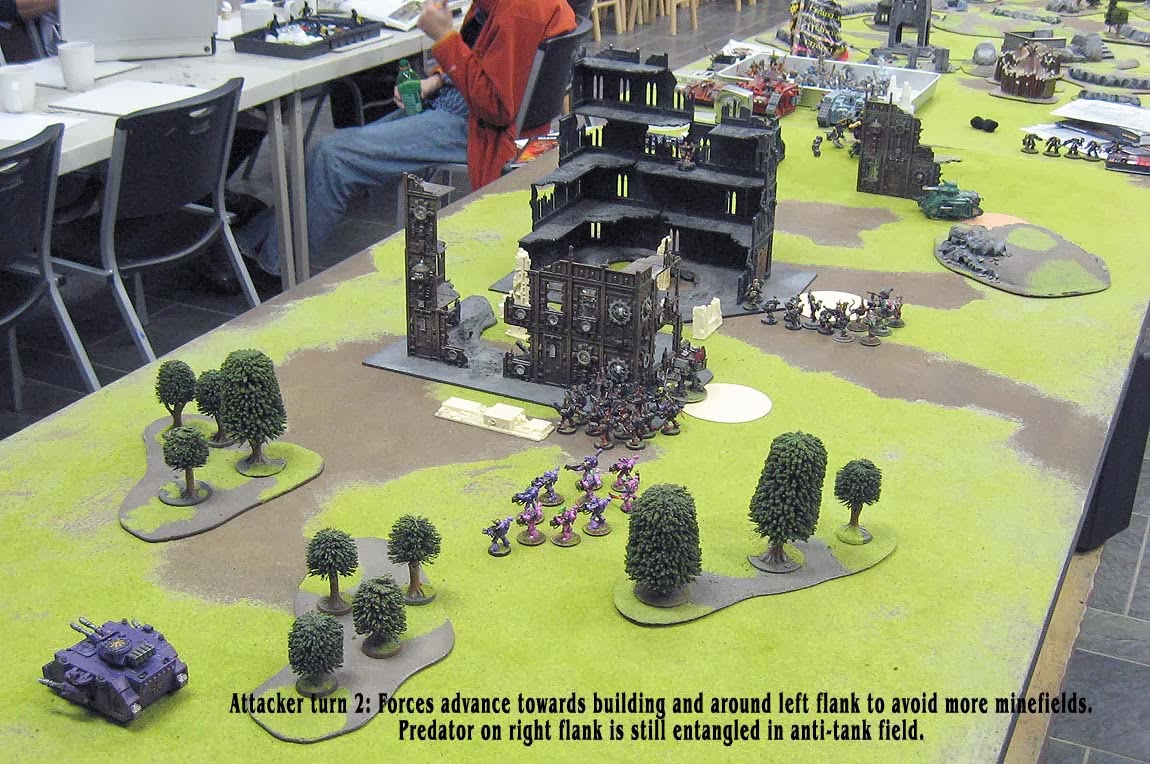 The attackers still manage to reach the walls. 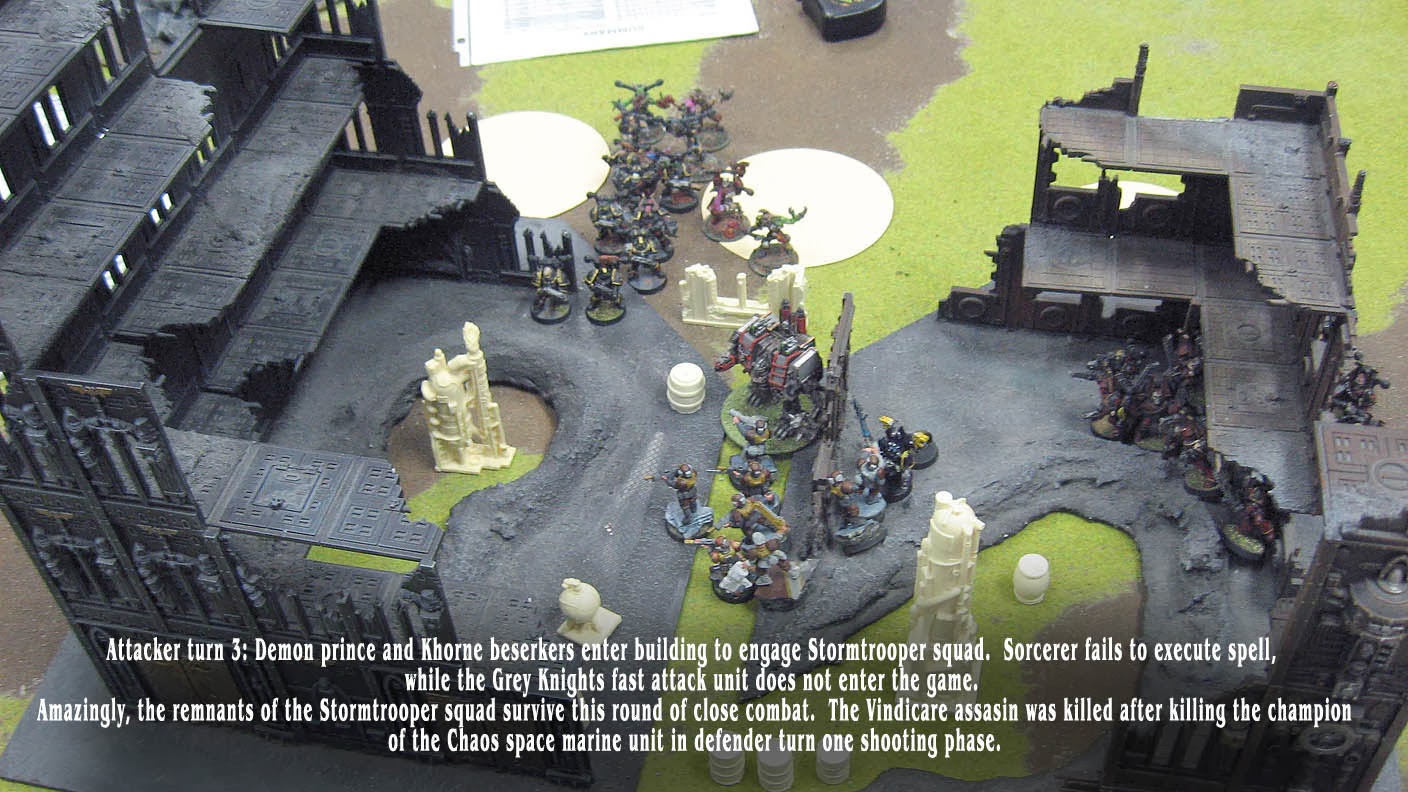 However, serious reinforcements appear for the defense!

The attackers attempt to outflank with some late arrivals of their own. 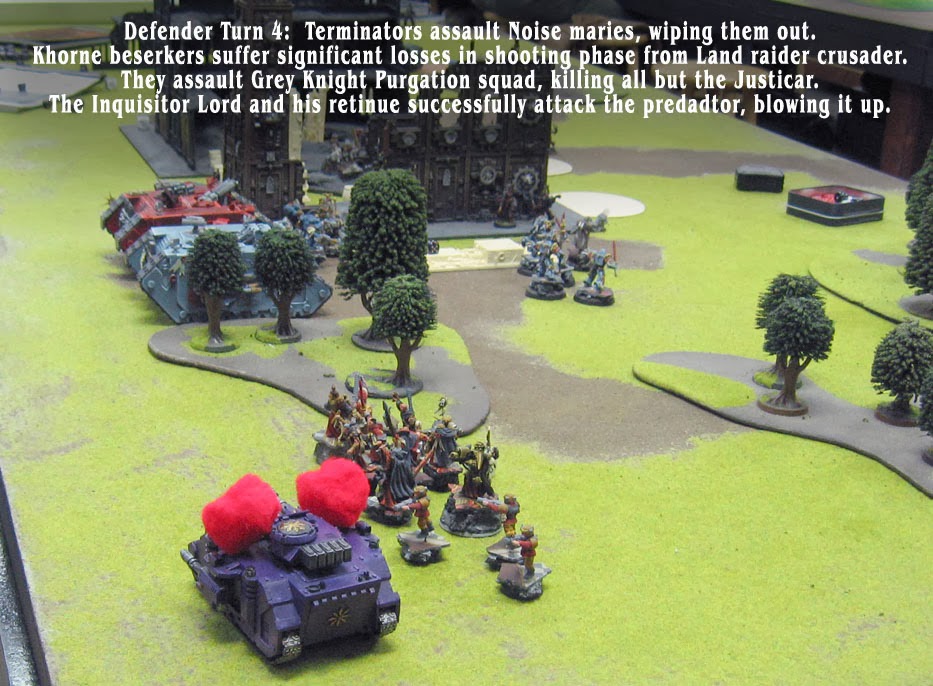 You can see the disks in front of the factorum representing the minefields.

For the most part, there was a lot of crazy fights that happened inside the structure, although there were some very unusual match ups outside.  I think one involved an Inquisitor retinue vs a Defiler. :-)

Let's just say this was a very bloody fight!  Not much left alive by the end... 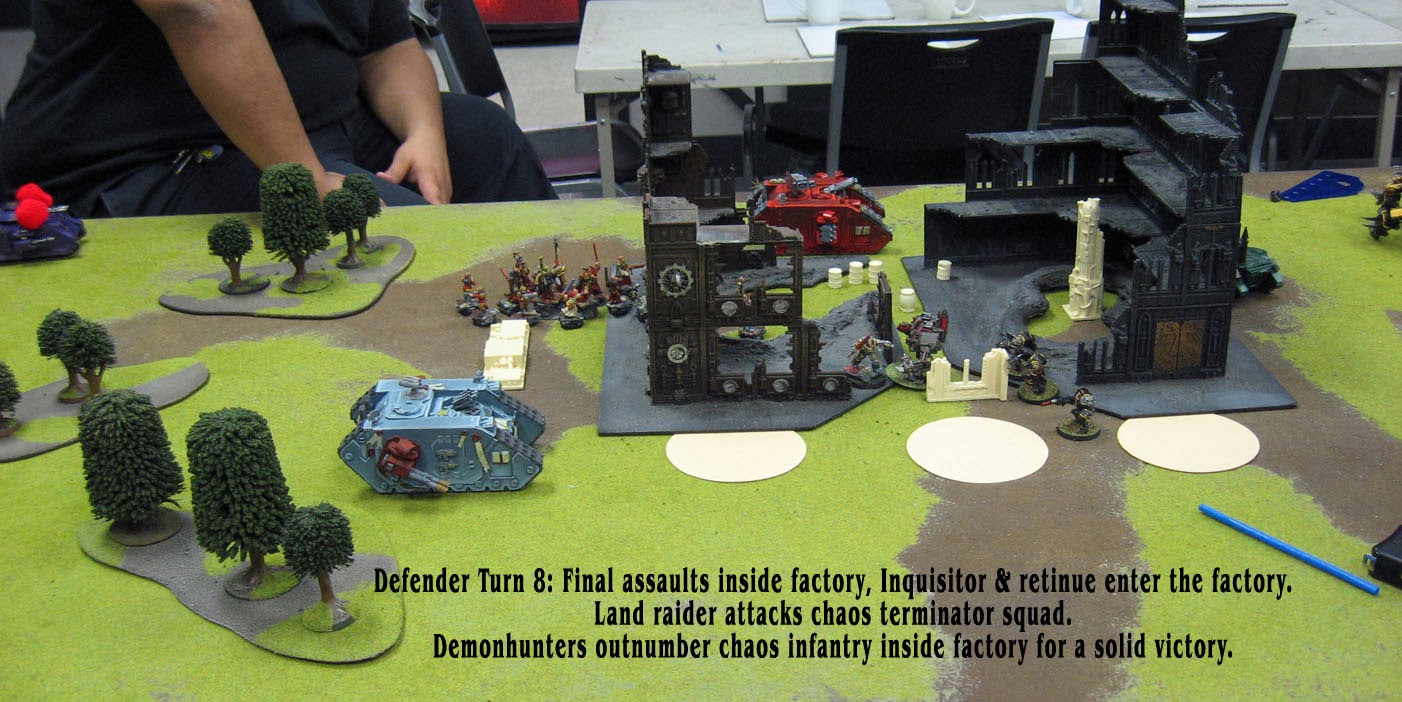 I made these counter sheets for our games, which were very handy.  I still have them to this day. Posted by wappellious at 2:33 AM 6 comments: