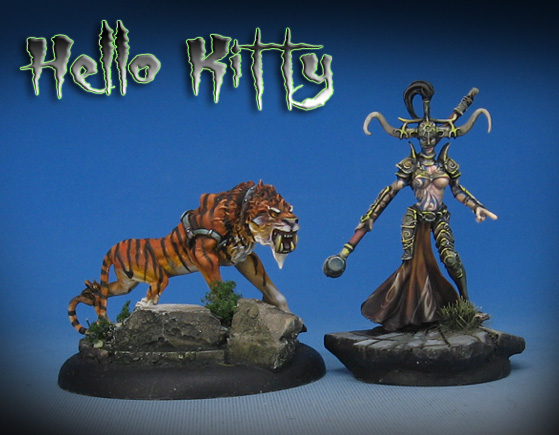 Here's the rest of the Confrontation set with the requested tiger markings.

Some of you probably remember the original post where the 'tiger' was discussed...

Here's a link if you missed that:

Once the tiger stripes had been accomplished, I had to think of a way to make the character controlling the tiger 'match' somewhat.

Fortunately, I had used the Secret Weapon Weathering paints for most of the tiger, and I was able to use a series of glazes with those paints to get a similar feel to the cloak and even some of the armor on the other figure.

Posted by wappellious at 12:54 PM No comments: