A little bit of weathering... 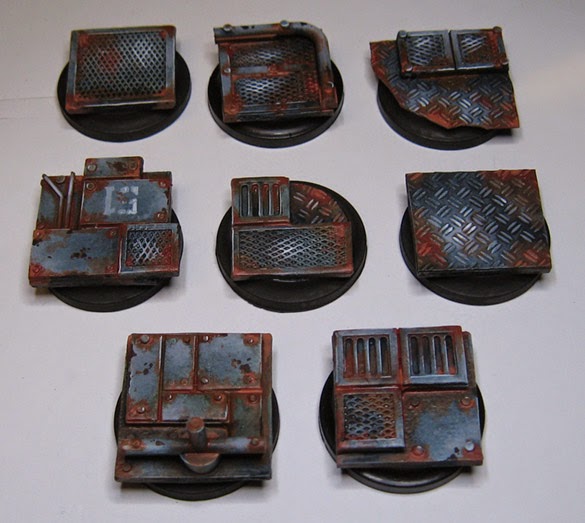 Time to finish off the last of the details on those Wild West Exodus bases. 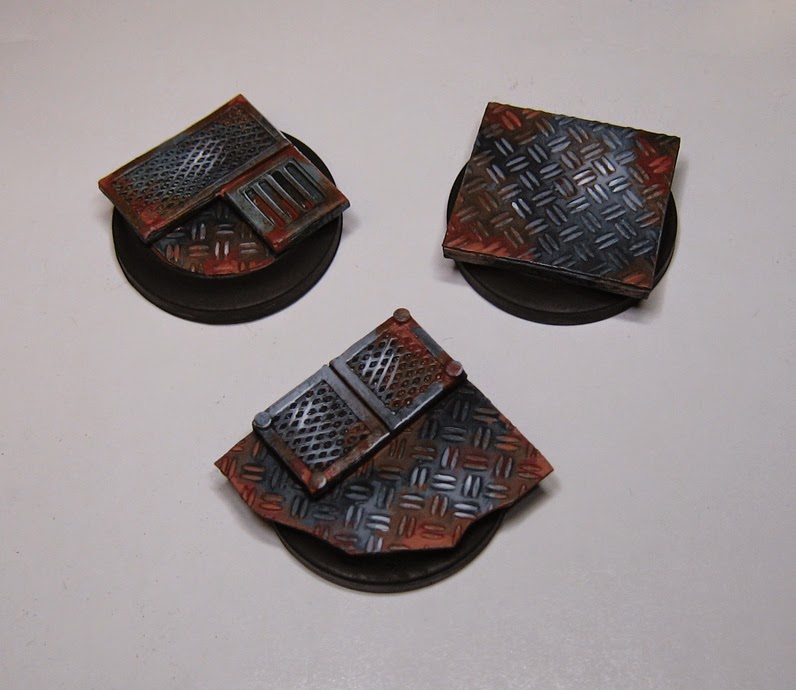 Using those Happy Seppuku moulds, this set ended up having some more weathering than originally anticipated.  It just felt that I should put some more of it on them. :-) 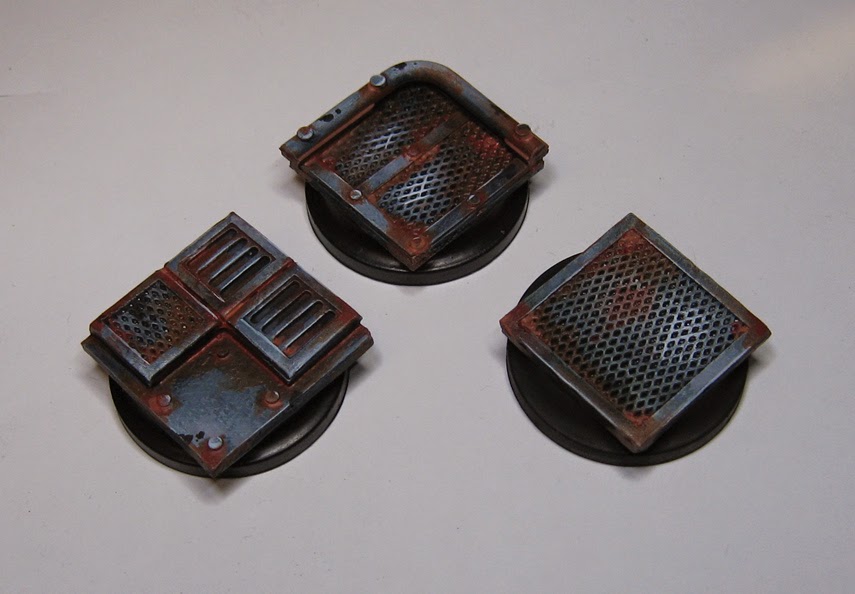 It will probably add some more details to them once I add the figures themselves. 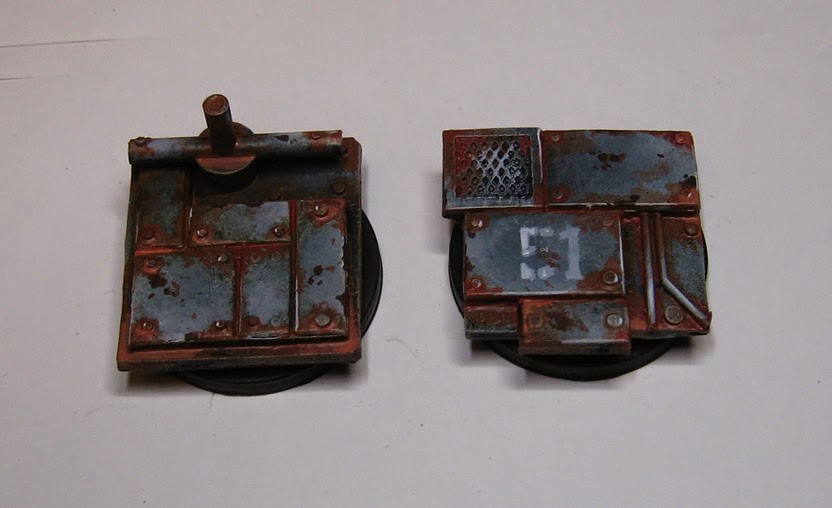 I see myself adding something fun for each character.  For example... some cow pies for the cattle rustling episode! 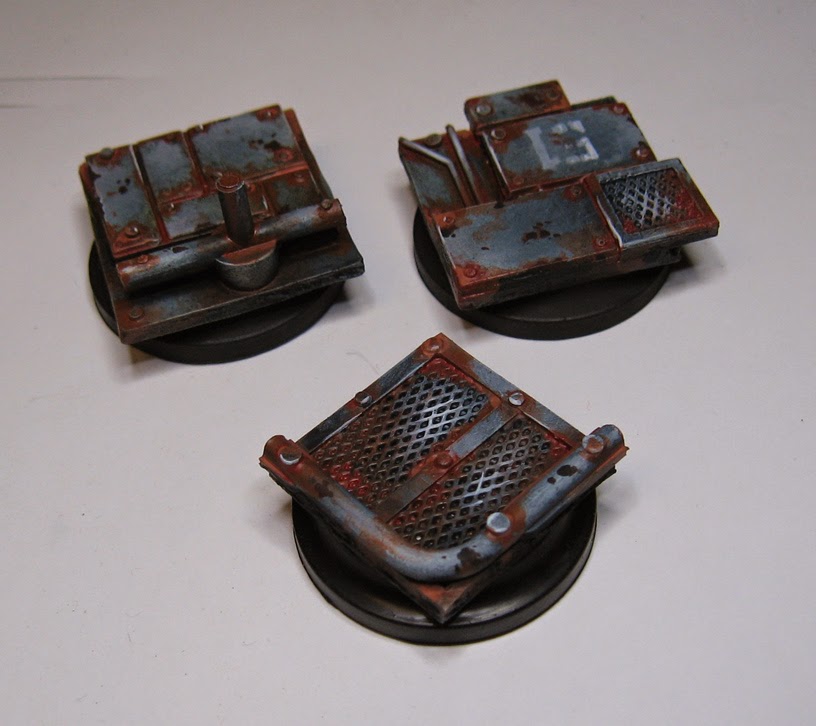 I was glad that I still had some of the plastic deck plating texture left.  It is fun to paint, especially with a touch of rust. 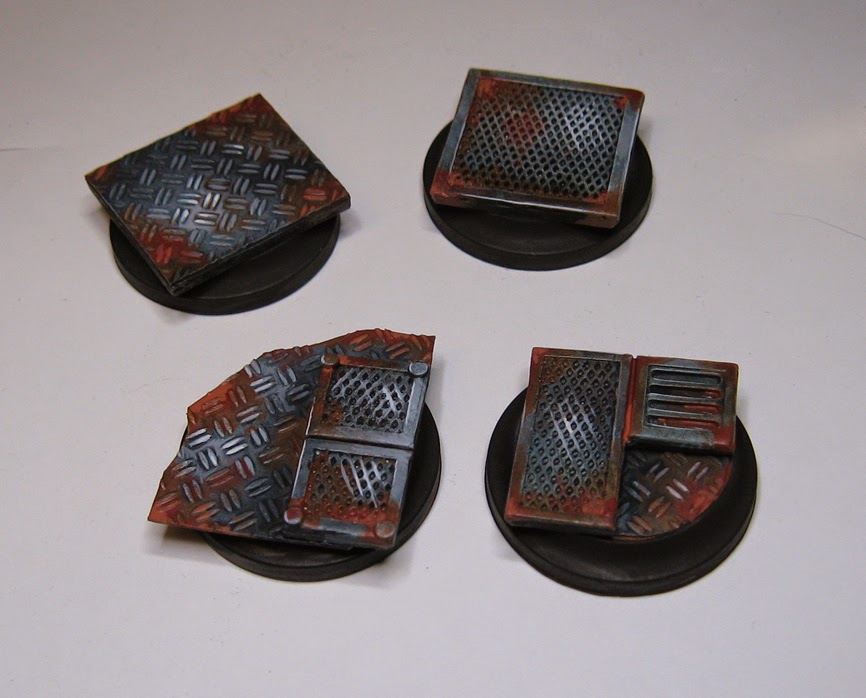 I may also add the 180 degree lines of arc on the bases as well, since that can be important for playing the game.

And now for a few shots of the entire set! 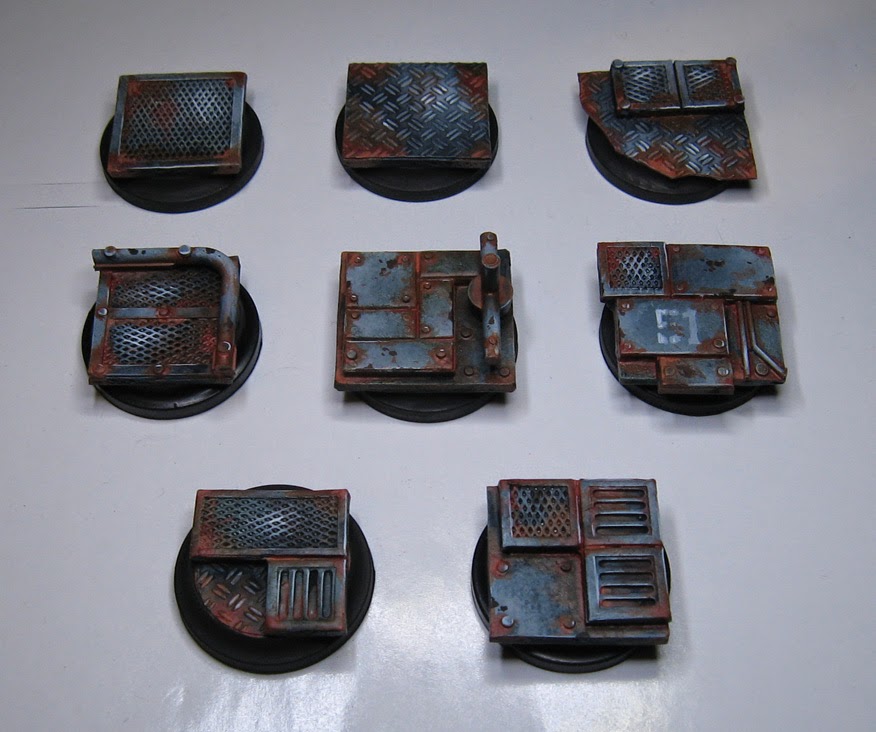 I really am looking forward to having some of the figures attached to these.  It always places the base in such a different context. 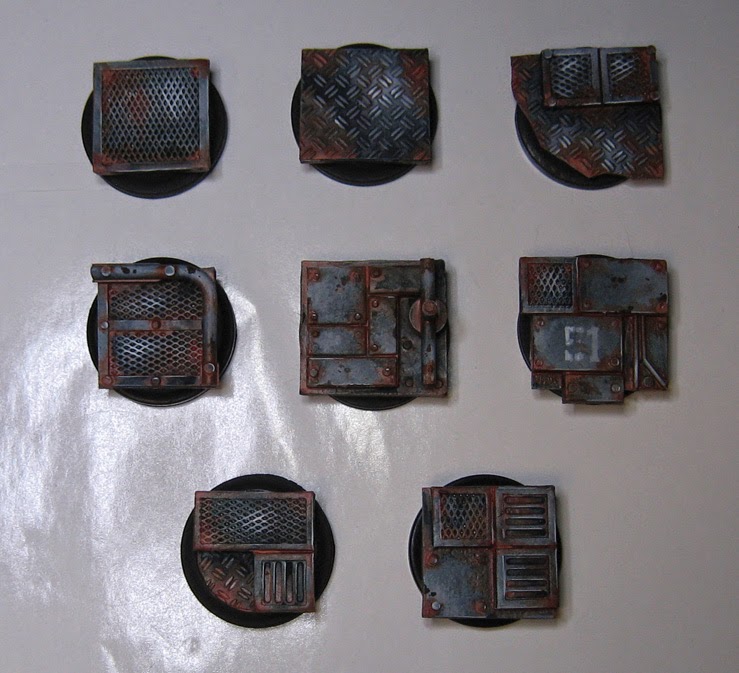 One last view!  It will probably be a number of hours before the next post, since we will be getting on the road very early tomorrow morning! 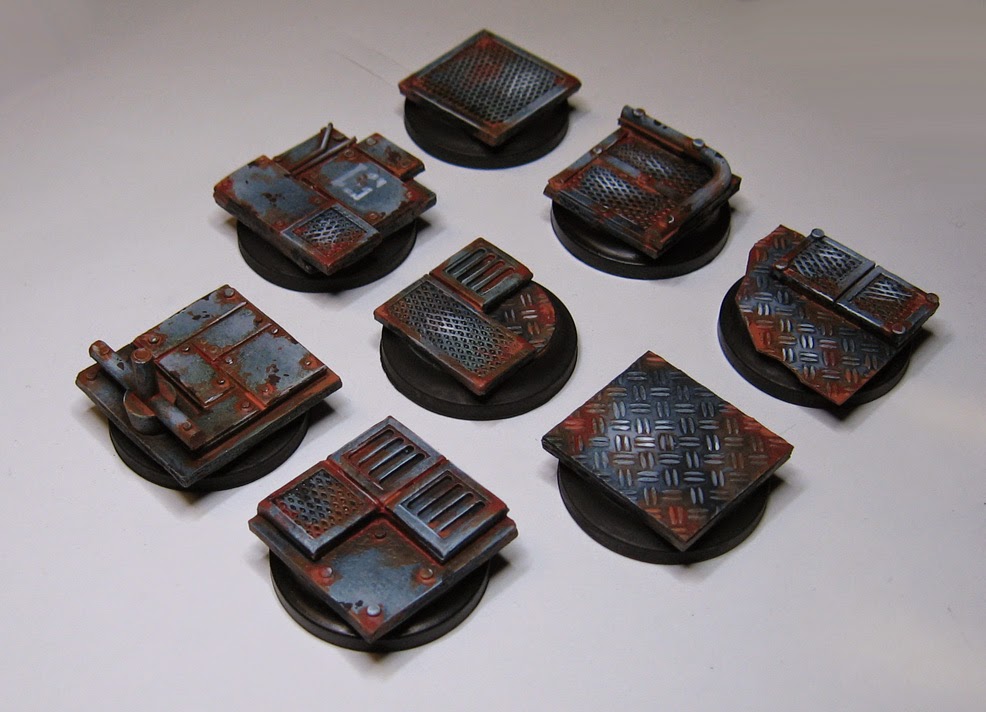 A sculpting distraction... fun with sculpey. 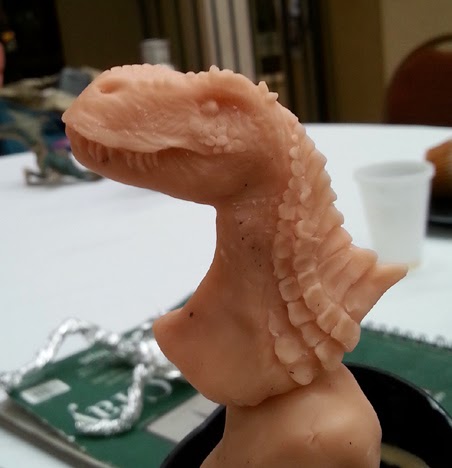 Well, on the morning of this final day at Convergence, we were lucky enough to stop by Jame's fantastic morning soiree, complete with complimentary drinks.

As an added benefit, Ruth Thomson stopped by, with sculpey and sculpting tools in hand. 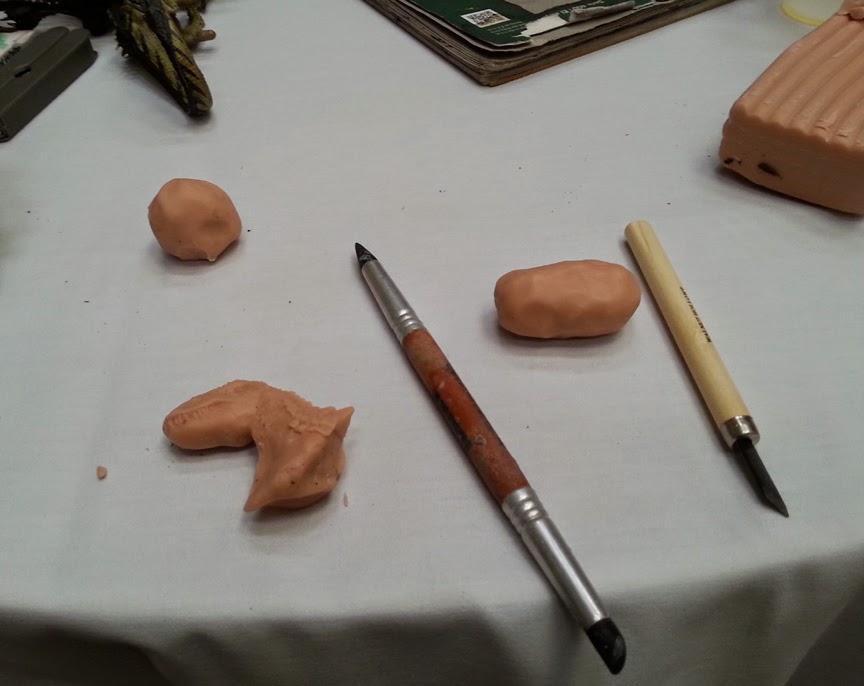 She was doing a class later on with sculpting, involving dinosaurs, tinfoil... and sculpey.  Three of my favorite things! 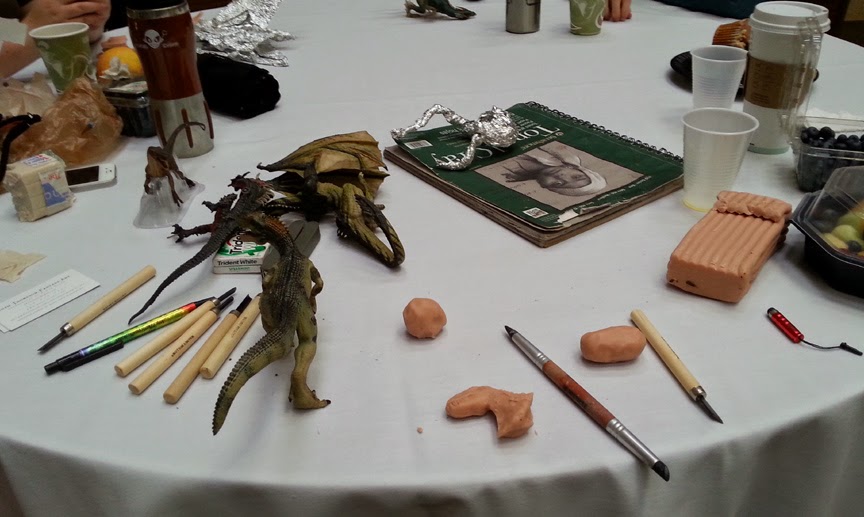 Sorry I don't have many early stage images of my dino.  It was early, and the brain not working so well... 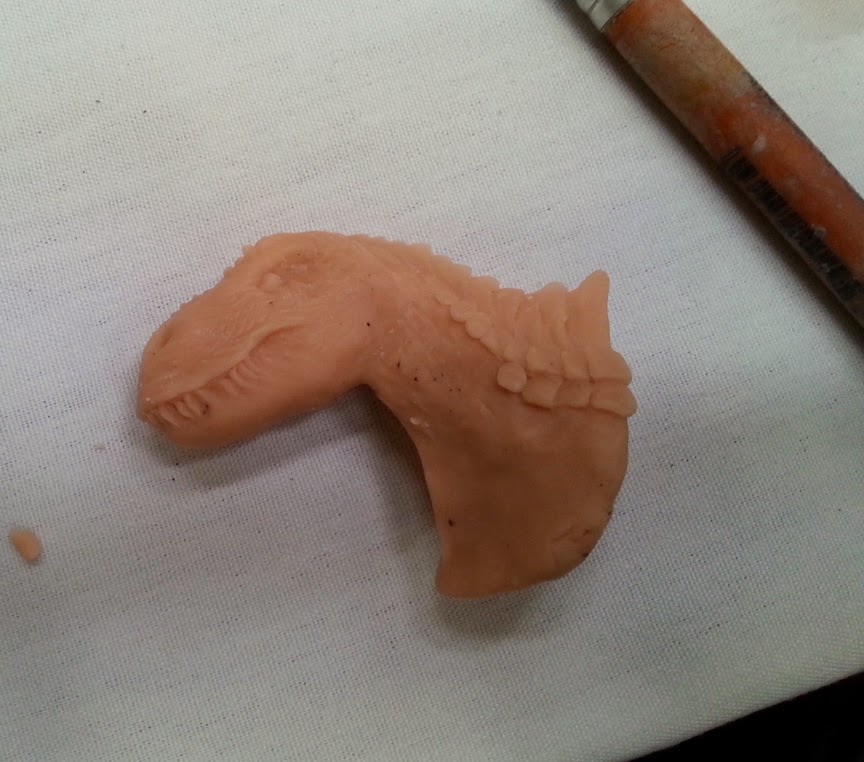 Here's a split view showing the mostly completed side with one that I intentionally left 'blank', so that she could use it as a prop in her later class. 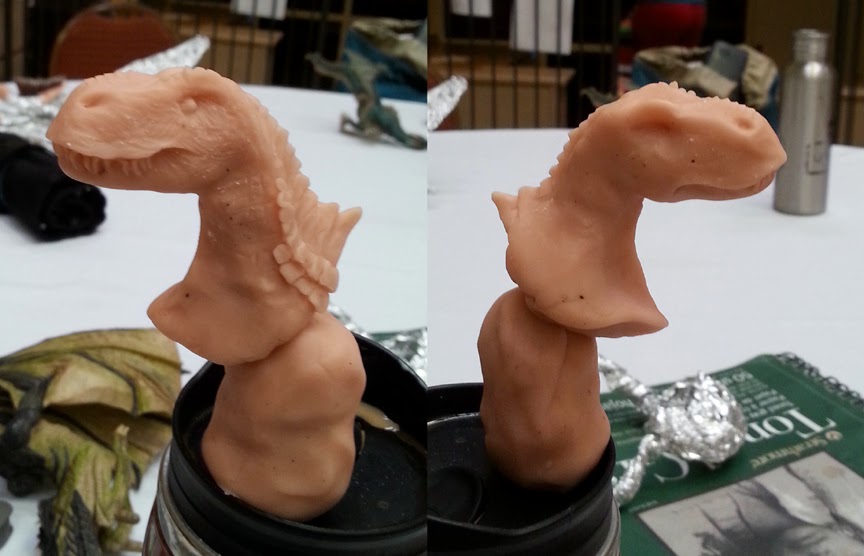 Christine Mitzuk also came around to have some fun with the sculpey before picking up her art in the art show.  That's her in the background. 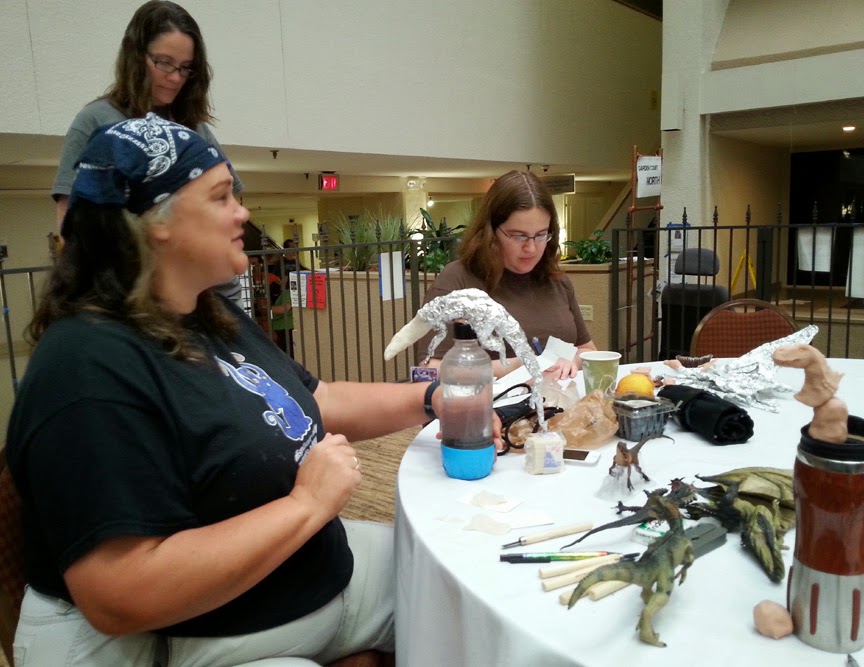 Another side by side... 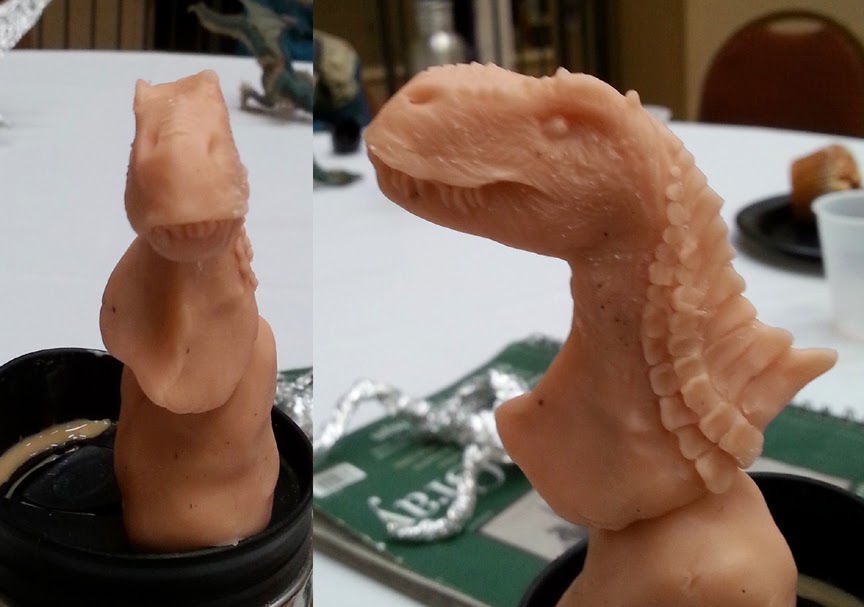 The coolest thing was getting to test out the flexible rubber sculpting tool for the first time!  I really liked it, especially for the sculpey.  I saw Victoria using a bunch at Reapercon, so I had been curious about those for a while. 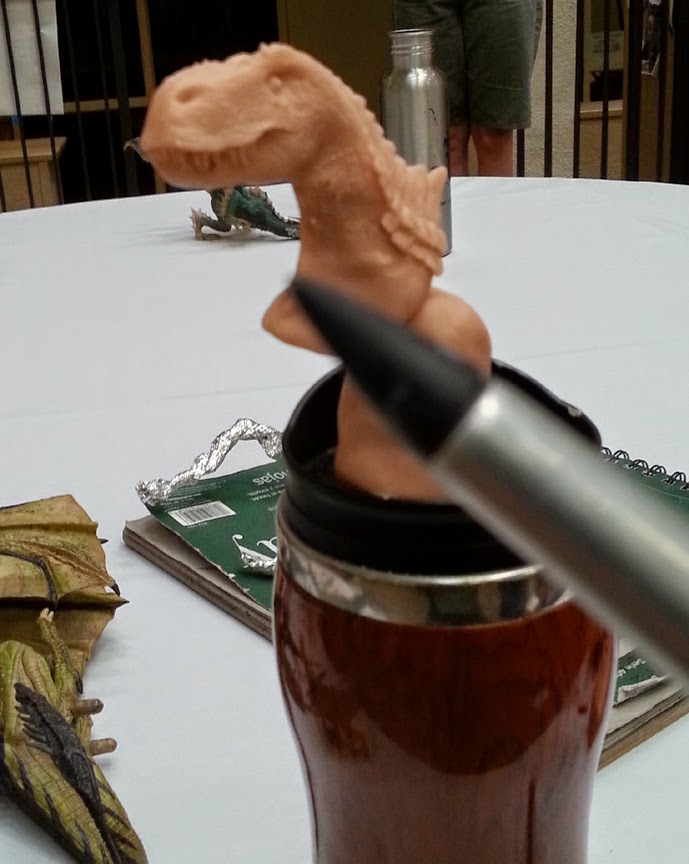 More views.  That tool really let me work the sculpey in a way that the very stiff dental tools do not.  Sculpey does not require that kind of hard tool.  In fact, they don't work all that well by comparison to the softer tool.

The group having fun! 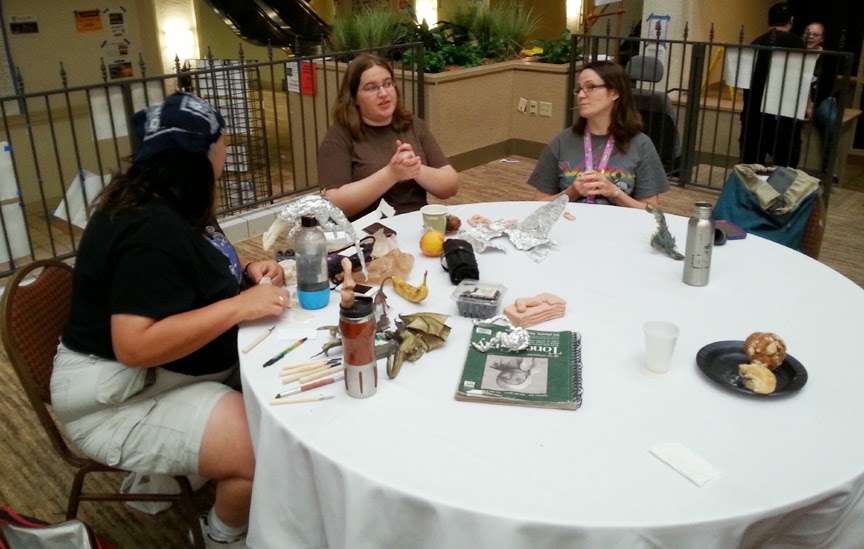 Trunko even finds a shirt in his color!  A must have... 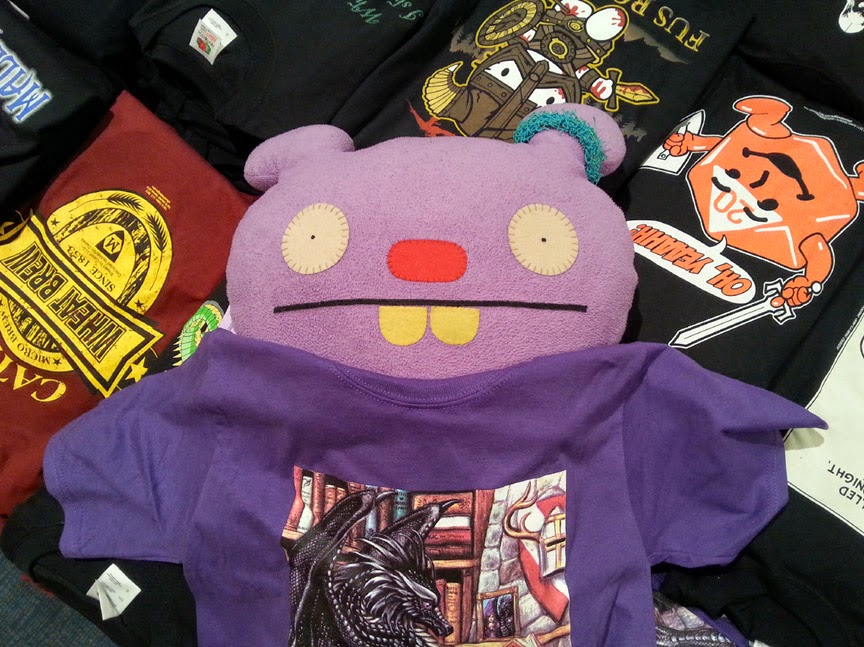 Trunko had never seen anything like the dealer's room before, so it was a big adventure for him! 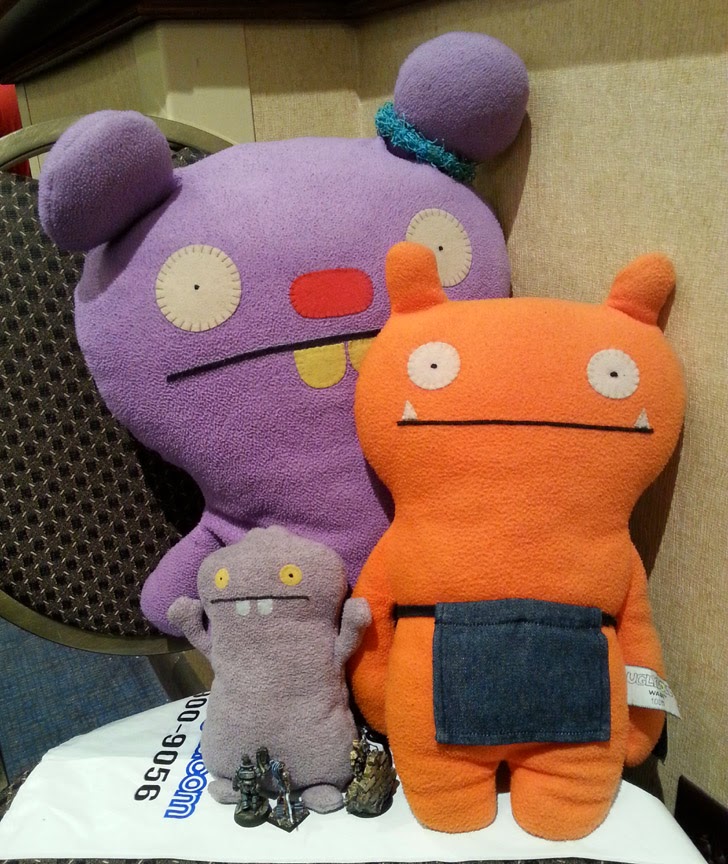 The final image.  It was time to head off to the dealer's room again, so here is how I left the dino! 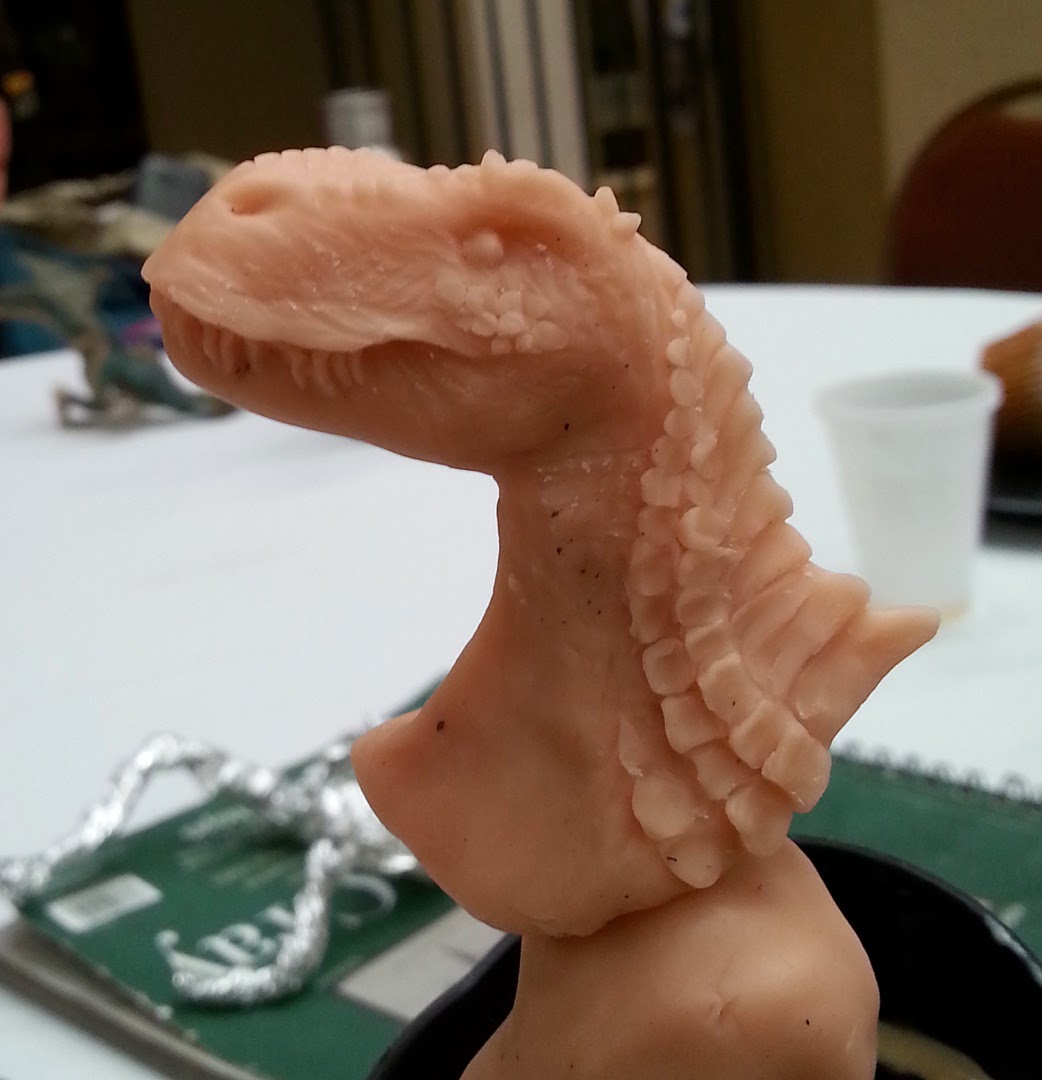