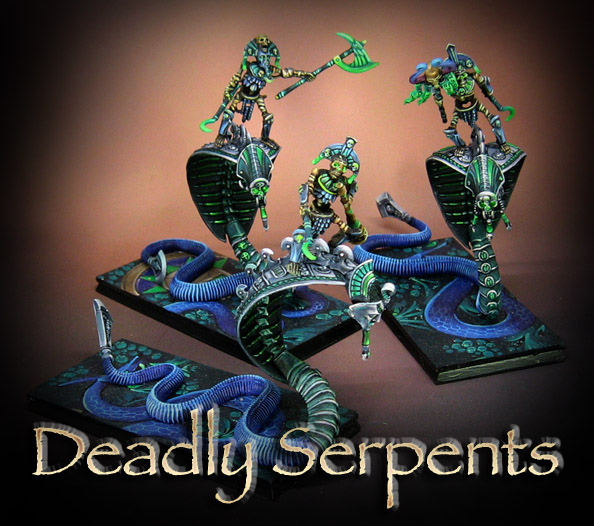 There are a number of Tomb Kings units which have not gotten their new sets of photos... including my Necro Knights!  I had a lot of fun painting these guys.  The bases, however, were by far my favorite element of the entire unit.

Most of you have see the other units from the Tomb Kings, such as the chariots and the skeletal horsemen.  I didn't do any conversion on these, which is the only unit in that category. :-)

There were a lot of tiny details on these, which made putting all the Tzeetch tainted colors on them more challenging.  As I have mentioned before, I didn't want to paint these in traditional Egyptian colors.  I saw other nicely painted Khmeri which were green or purple, so I felt like I had to go way outside the boundaries!

That's why you will see all the color variations, especially where there are 'metal' surfaces.  The idea was that once the Taint occurred, all of the gold armor turned to quicksilver, and essentially became every color of the rainbow!

I did the same glowing green weapons that I have on all the other units.

These views show you a little more of the base.  I have an entire article showing how this was painted: 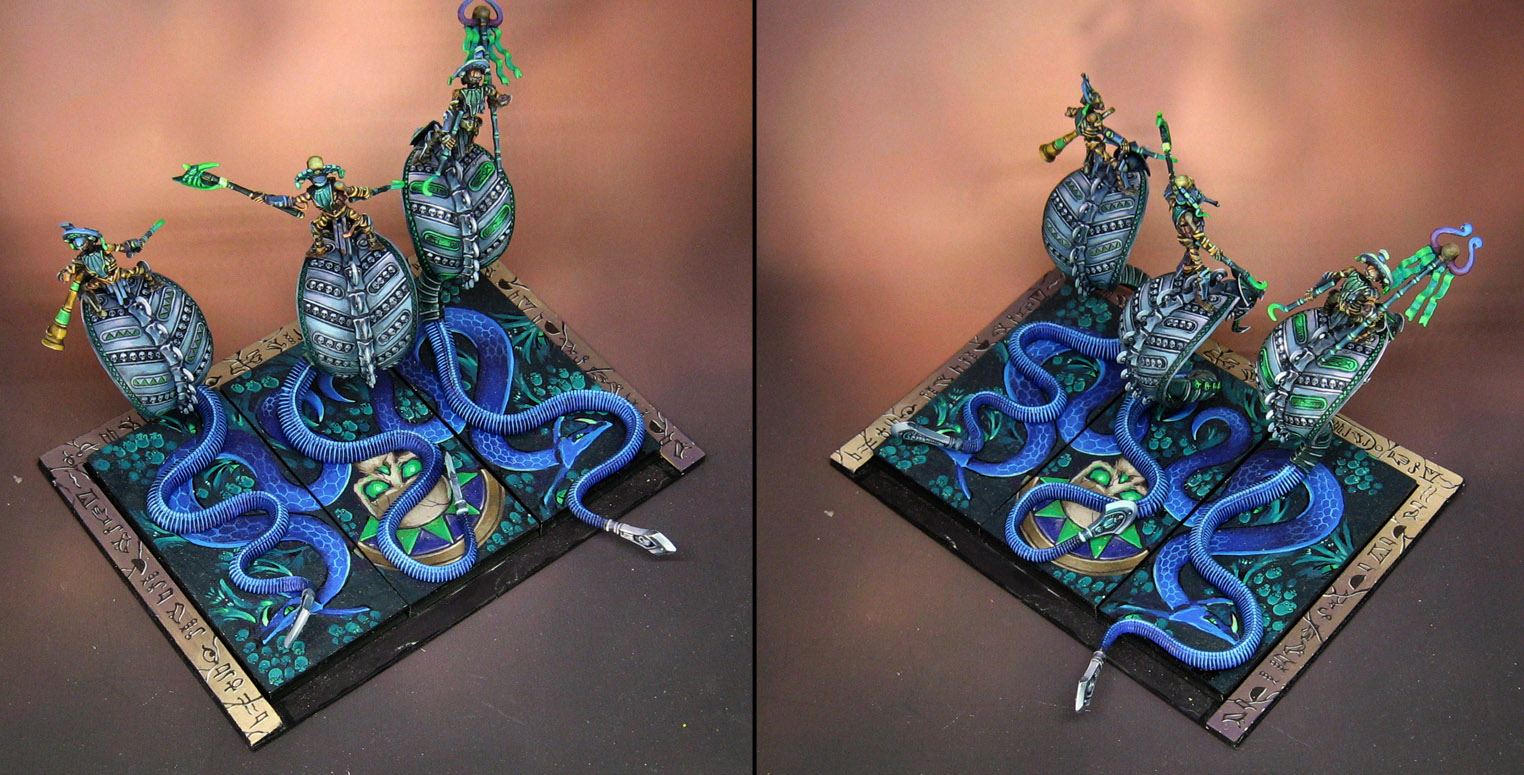 I never took any individual shots of these guys, so I have been looking forward to these!! 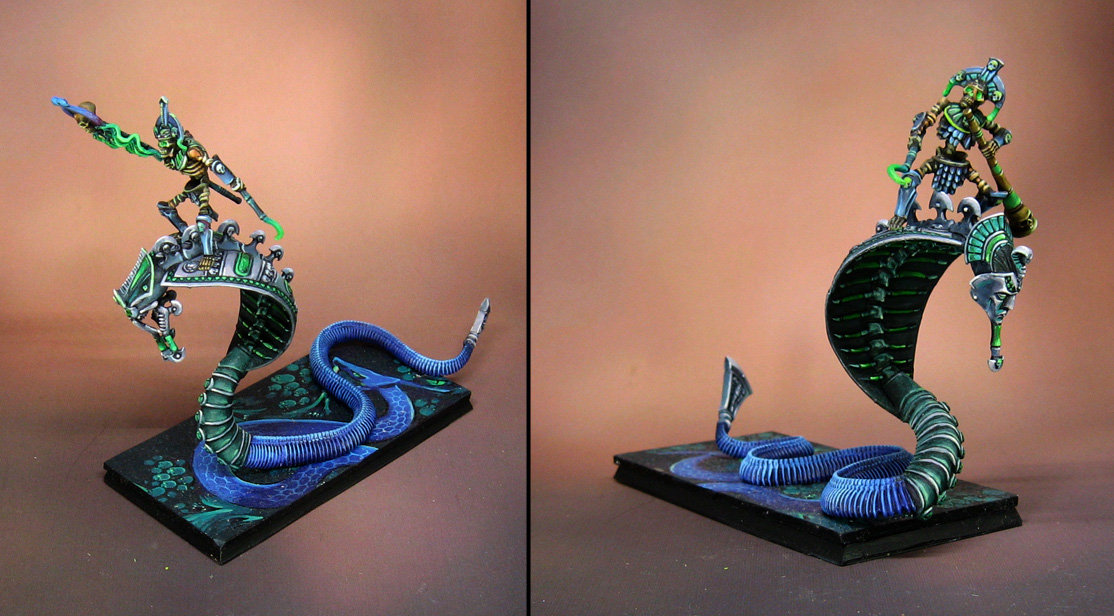 This one was the unit champion. 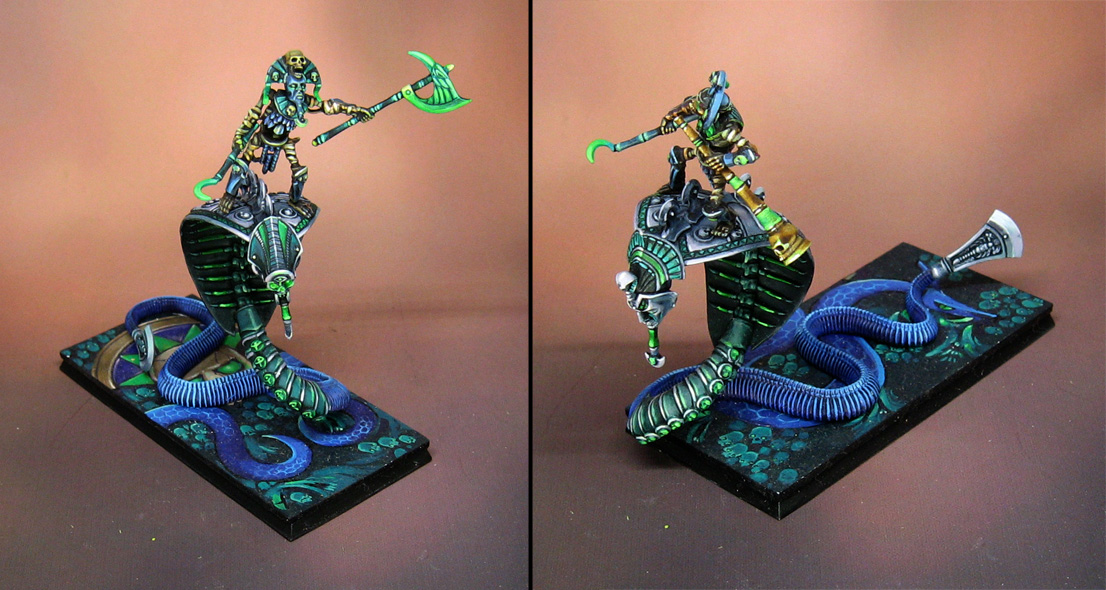 I think they look even scarier off the movement tray! 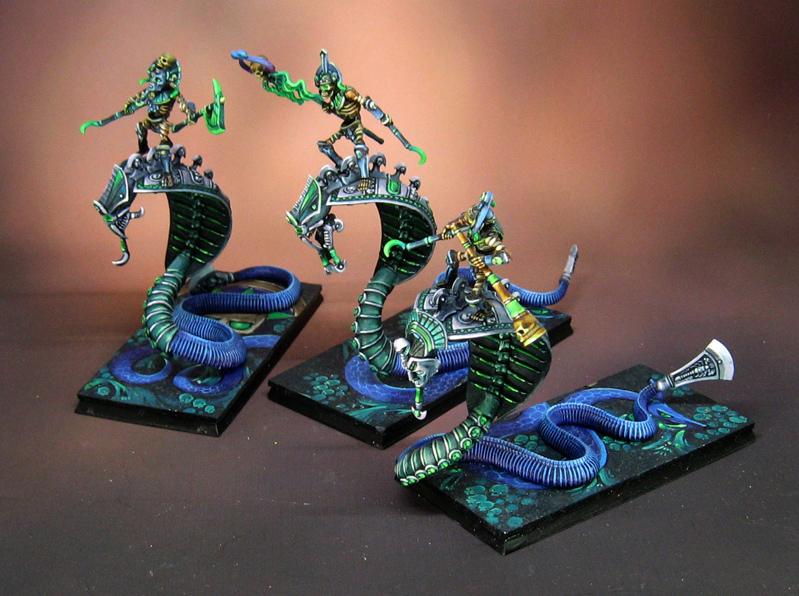 Like all of may armies, magnetization is key!  The larger bases are not as easy to process, but it is well worth it. 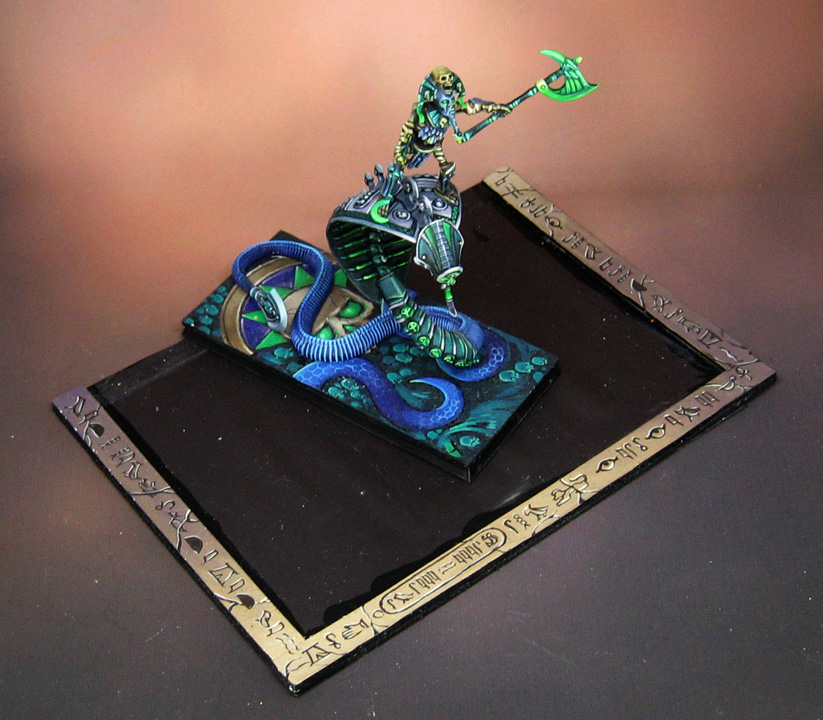