A Day at Draxtar, Part Deux 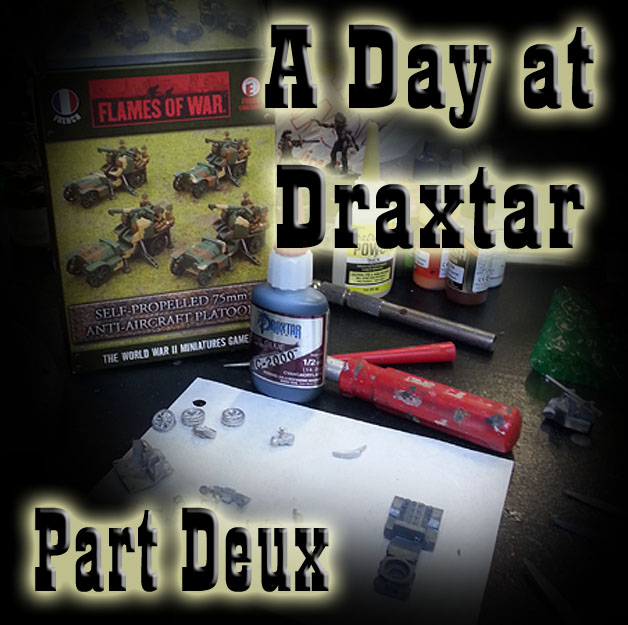 Long long ago, in a galaxy in far off Batavia, I visited Draxtar Games, a very large hobby store.

I remembered how much fun that was, and how many great things could be found in every corner of the building :-)

However, since we only have one vehicle, there was no way I could get out there without my own personal Tardis.  Now that Cathy has rejoined me in the miniature painting, getting out to Draxtar is once again on the menu!!

The display cases greet you just as you enter... 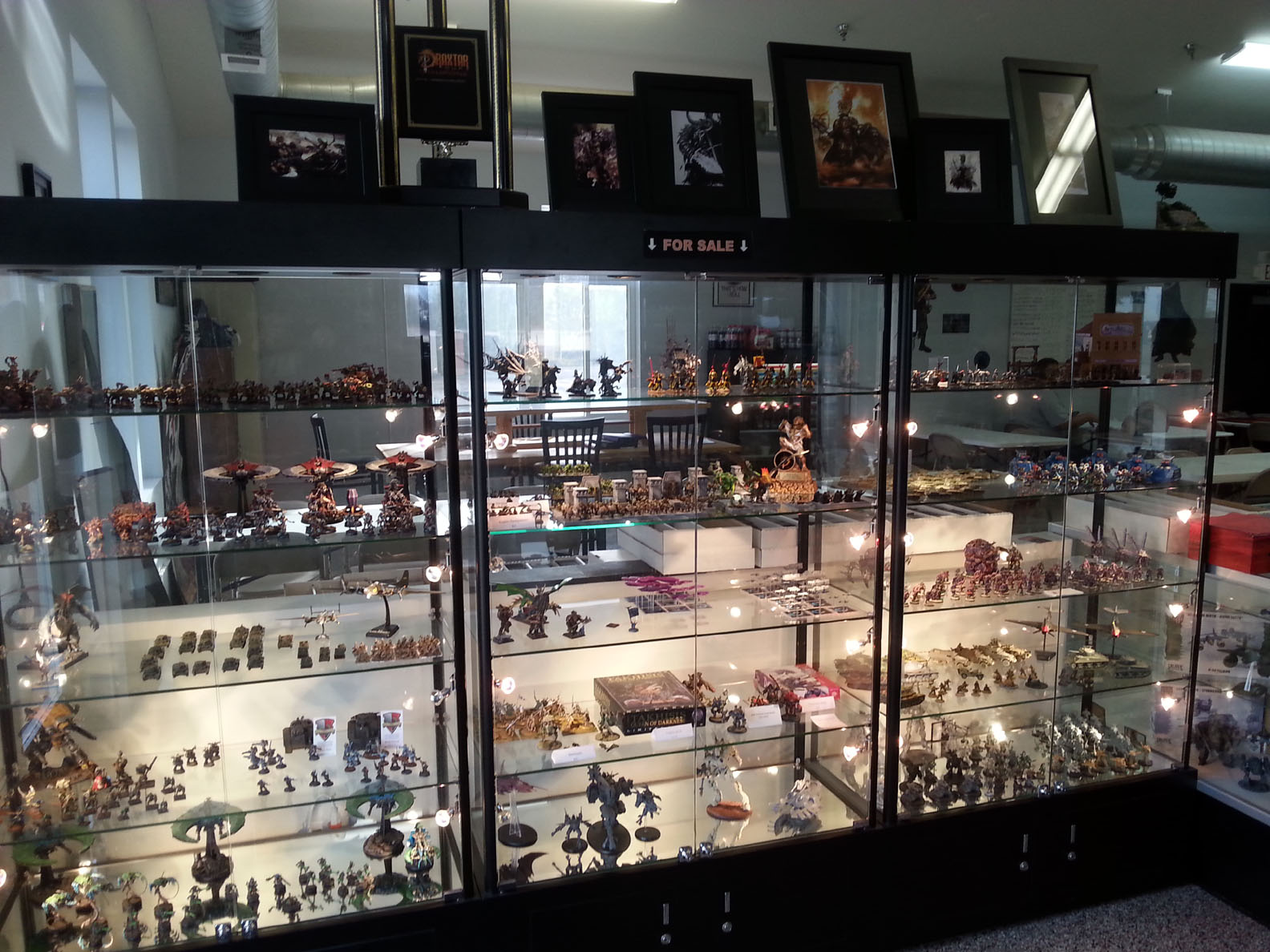 The rest of the initial view as you walk in. 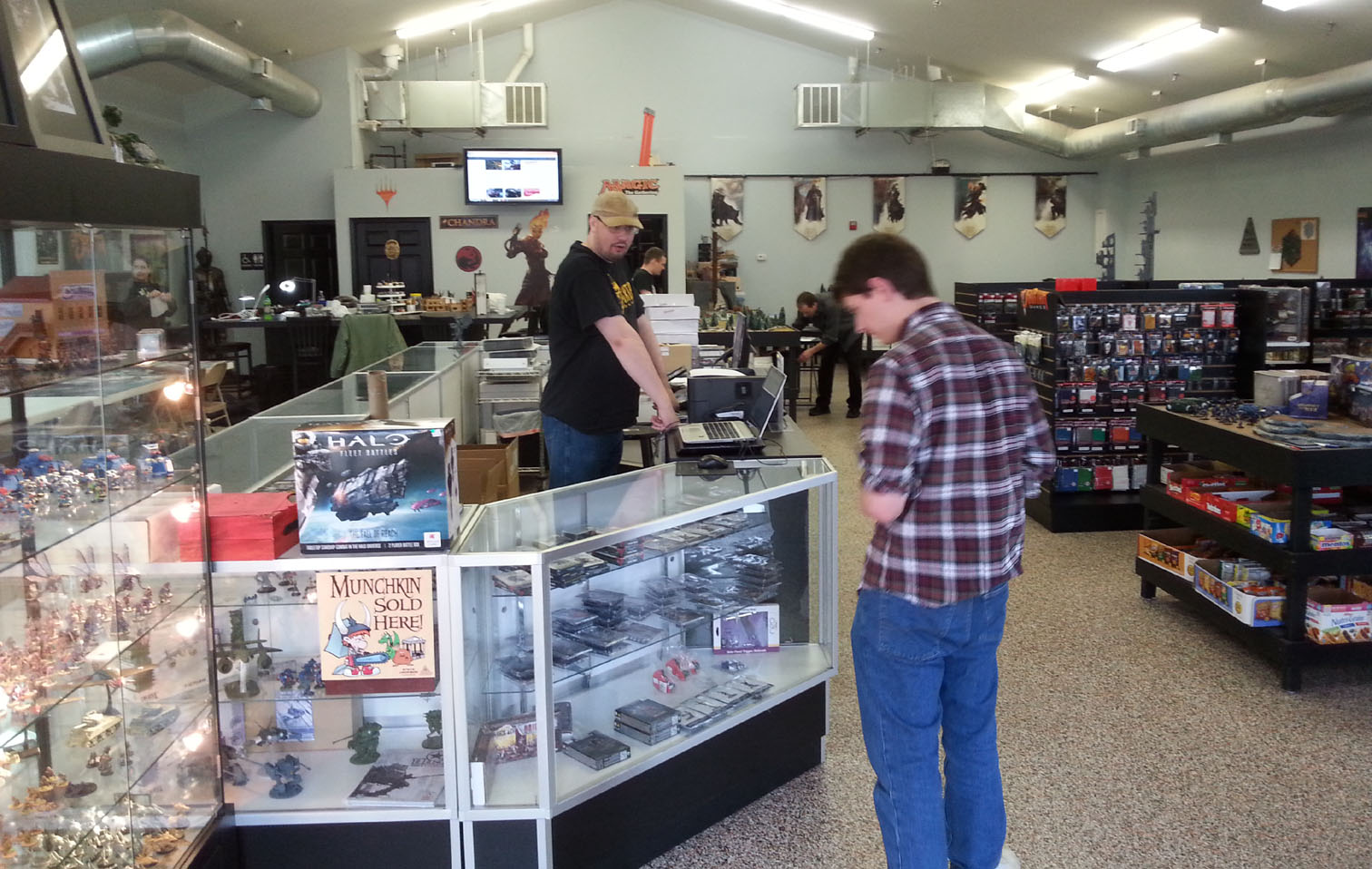 There's an impressive amount of miniatures and painting supplies to be had.  Even after being raided by hungry orks on the Black Friday sale, I could still pick up a few key paints. 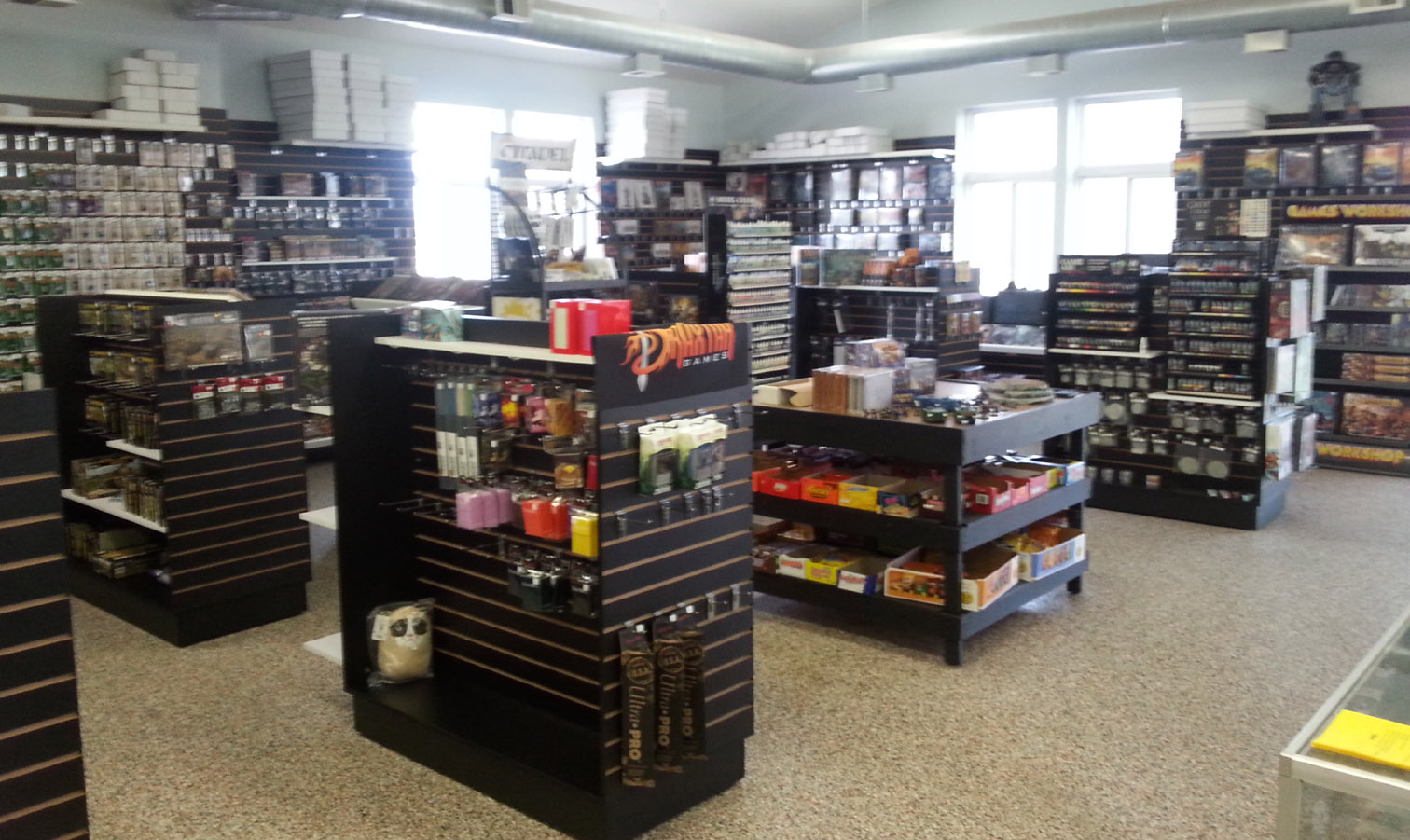 The biggest collection of Reaper minis that I have seen outside of Games Plus!  This will also be very handy. :-) 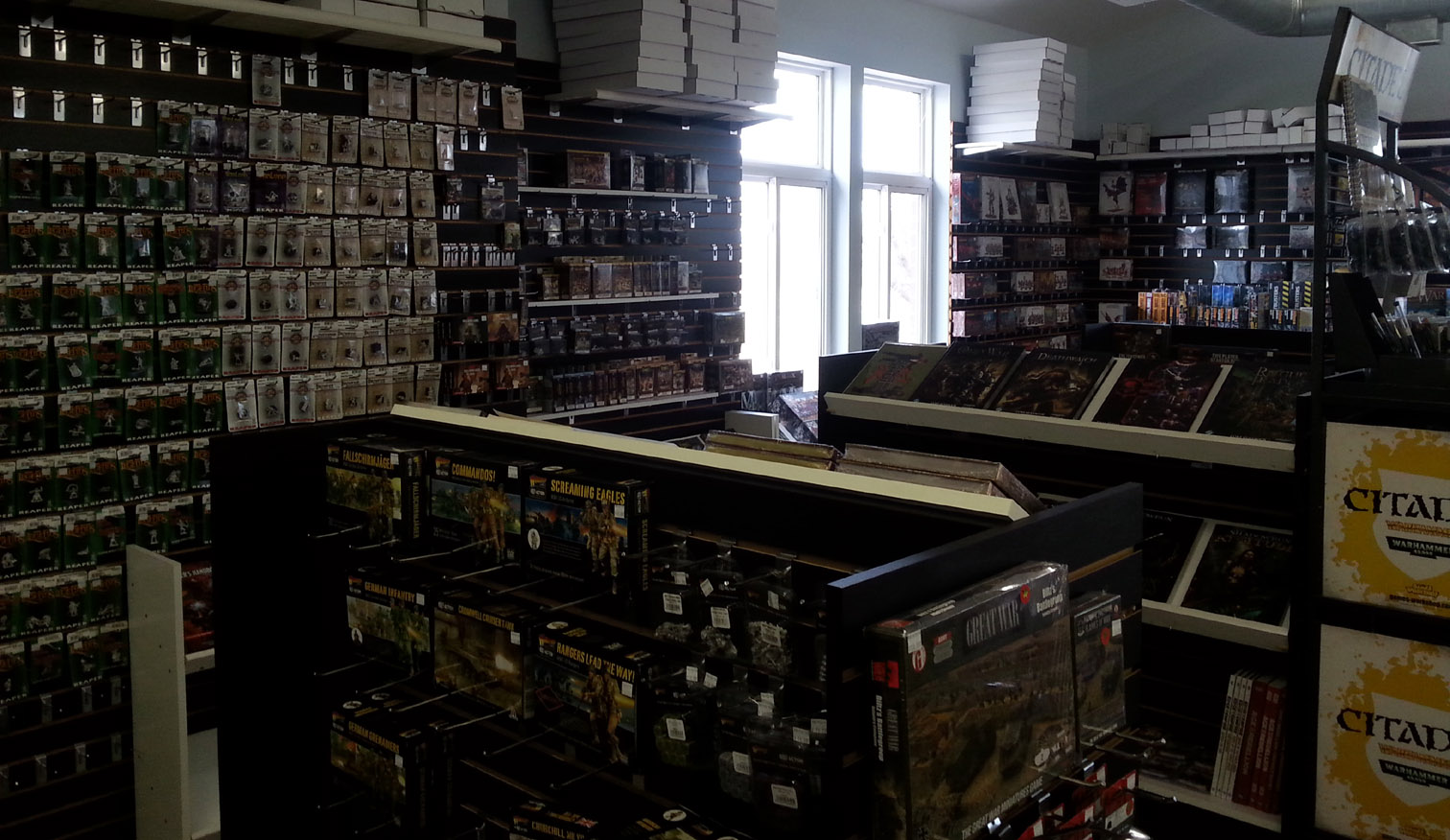 My favorite part of the store is the Hobby Bar, where you can get lots of work done while also hanging out with friends.  It's a huge stable, that is very solid, so no need to worry about your minis bouncing around in front of you.

There's also a shelf of 'open games', should you ever want to try one out and give it a spin. 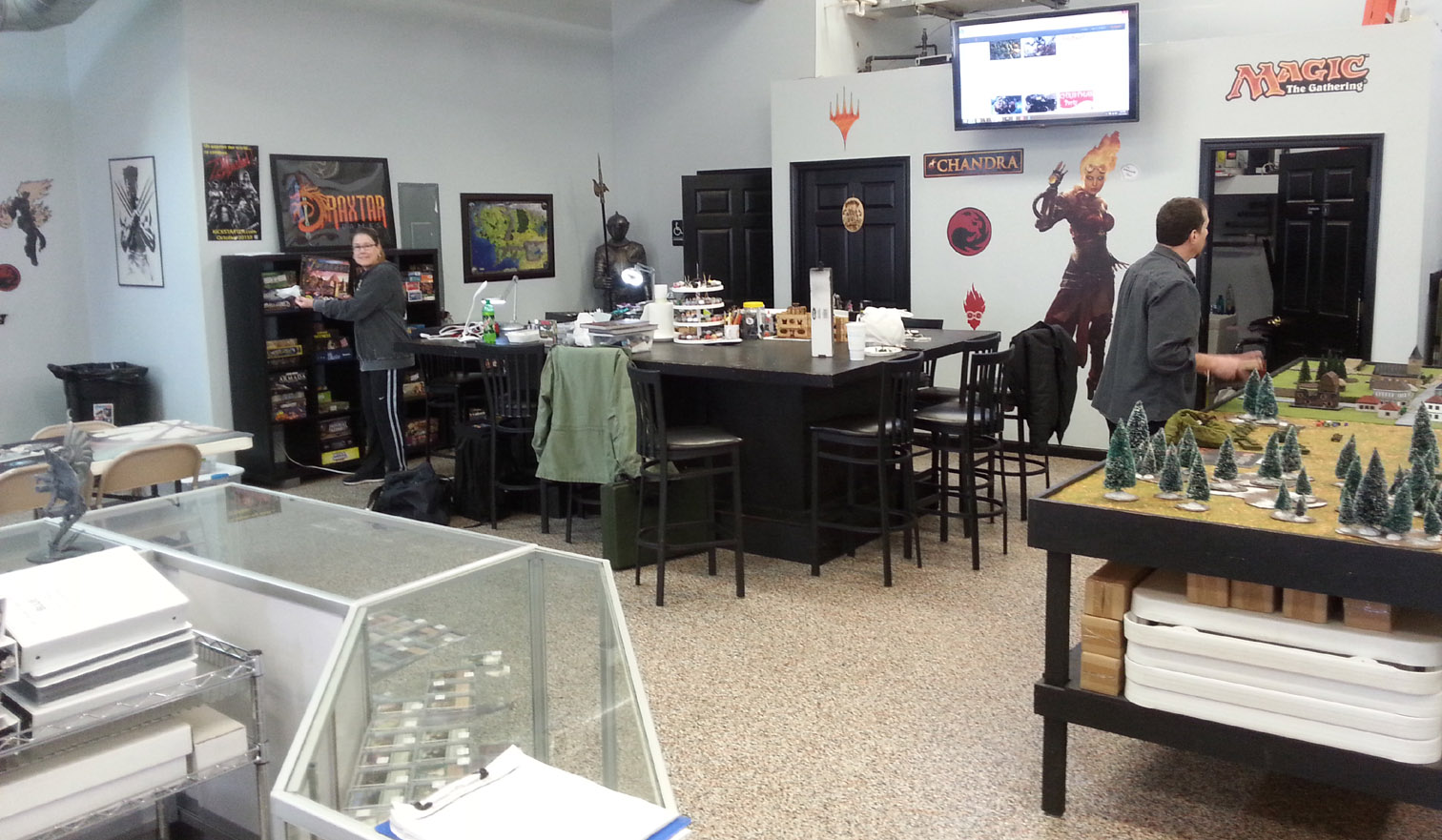 Another view of the Hobby area.  That video screen sometimes plays battle reports which were made in the store.  The local Beasts of War film crew produces them, and it would seem that Rich and I may be throwing down for a future episode of Wild West Exodus!!! 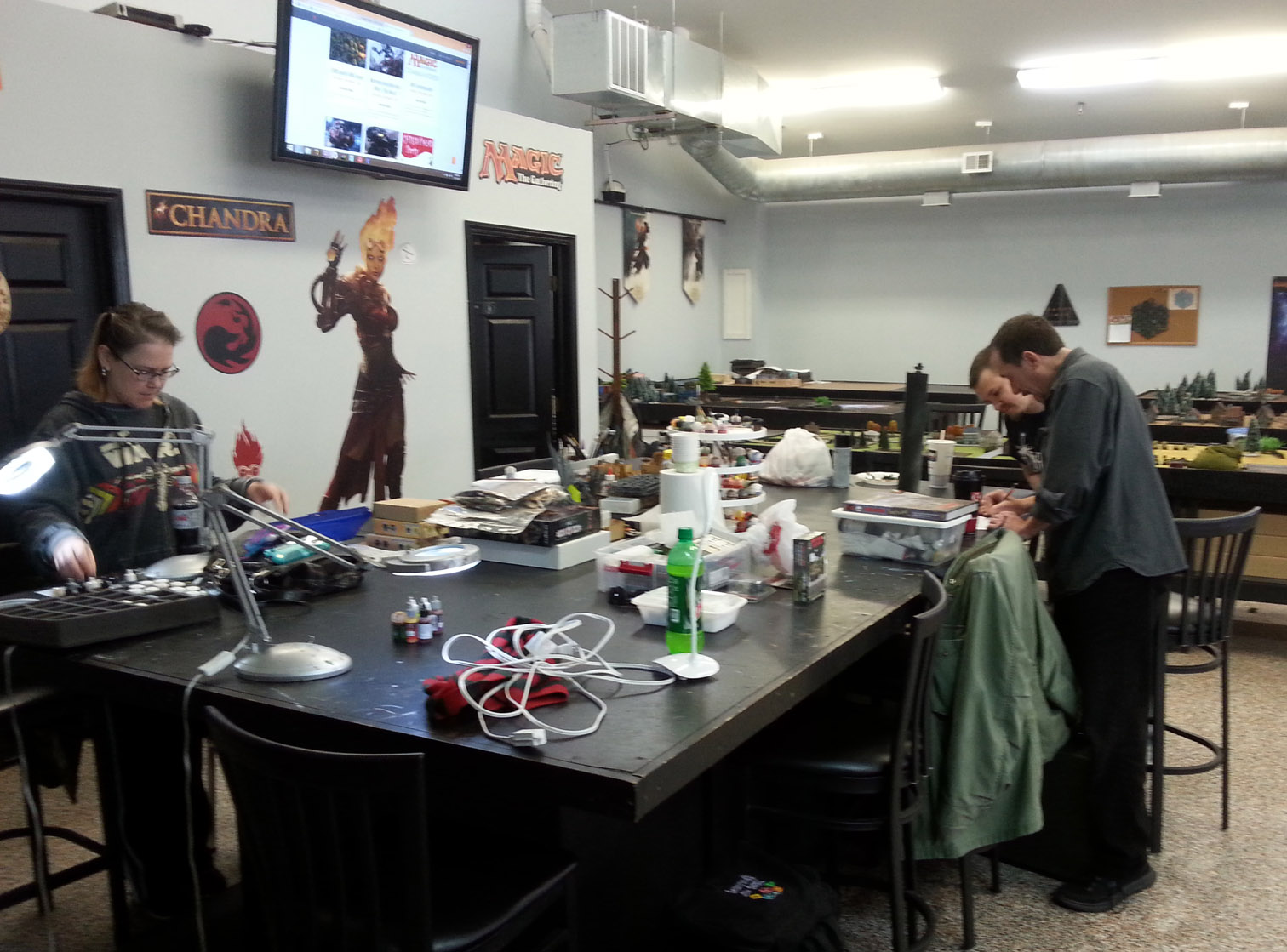 A nice selection of well lit game tables, filled with terrain for many different game systems.  This was able to accommodate a good sized Kings of War tournament in November. 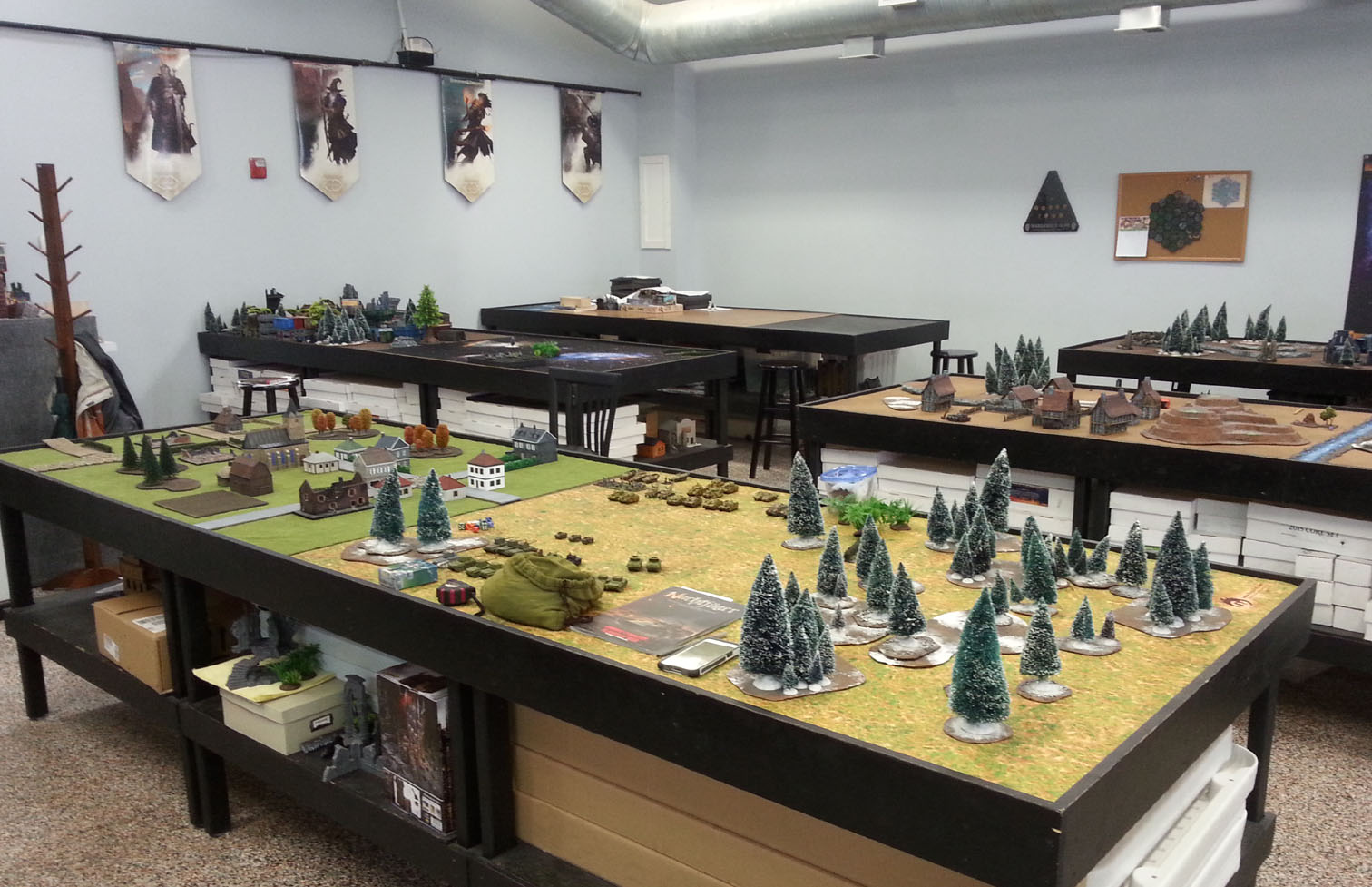 Rich vs Rich in Flames of War! 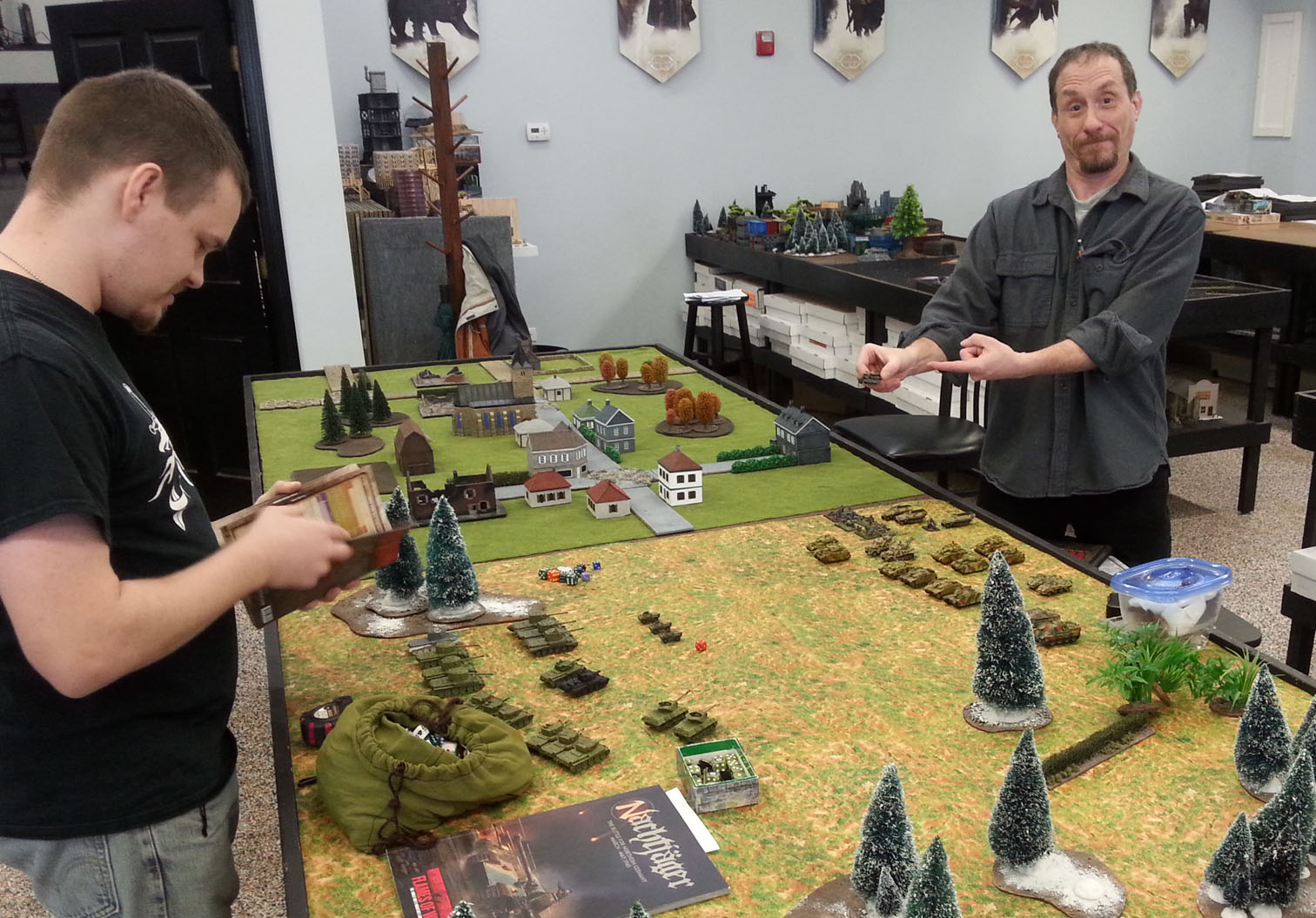 I'm looking forward to making my own Flames of War terrain, along the lines of some larger ruined buildings such as this.  I have all the materials already, and we have already made structures like this for our Memoir '44 games. 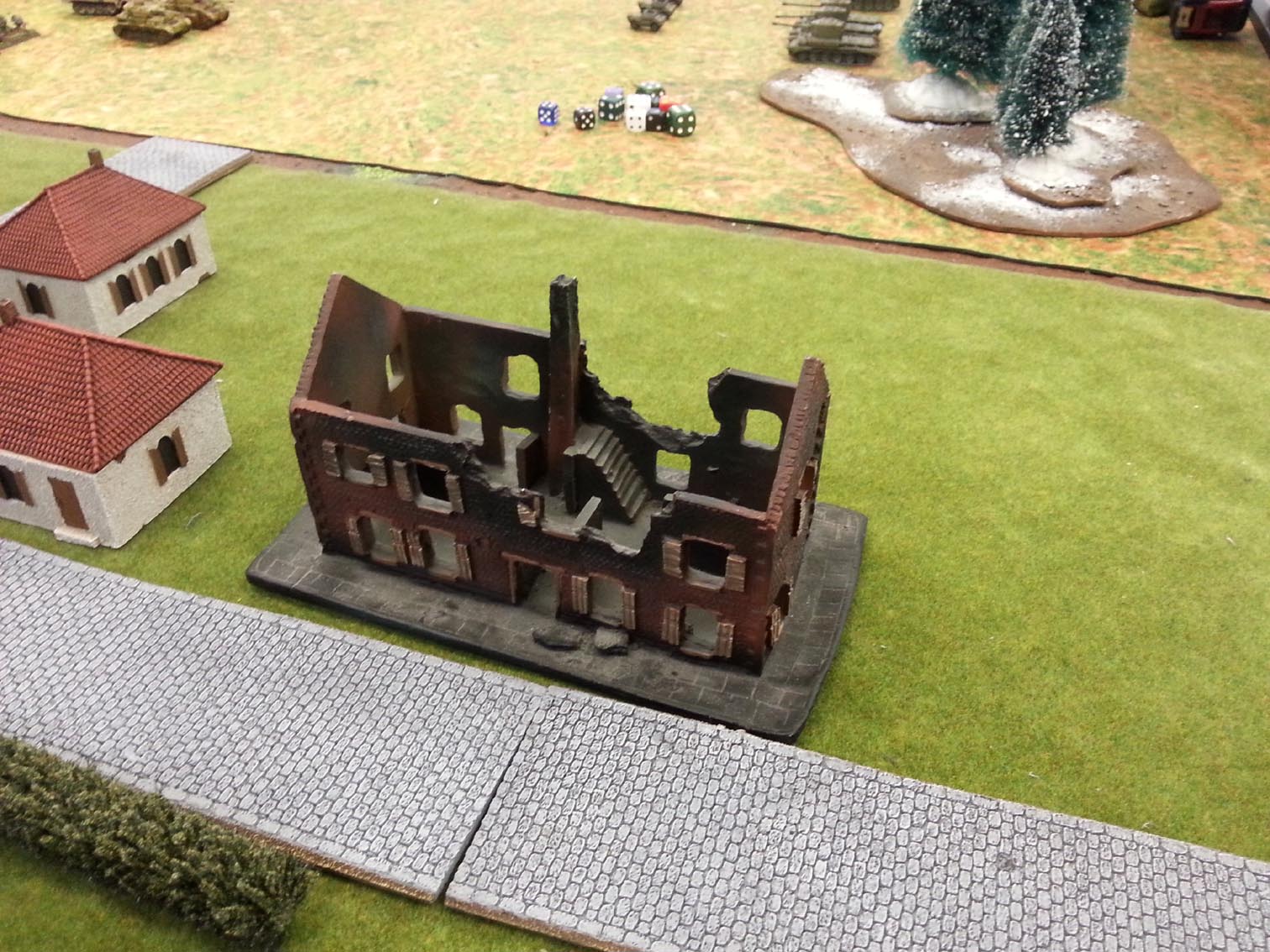 Once the Battle of the Rich's was complete, we compared one of the Stuggs with my early war French tanks... 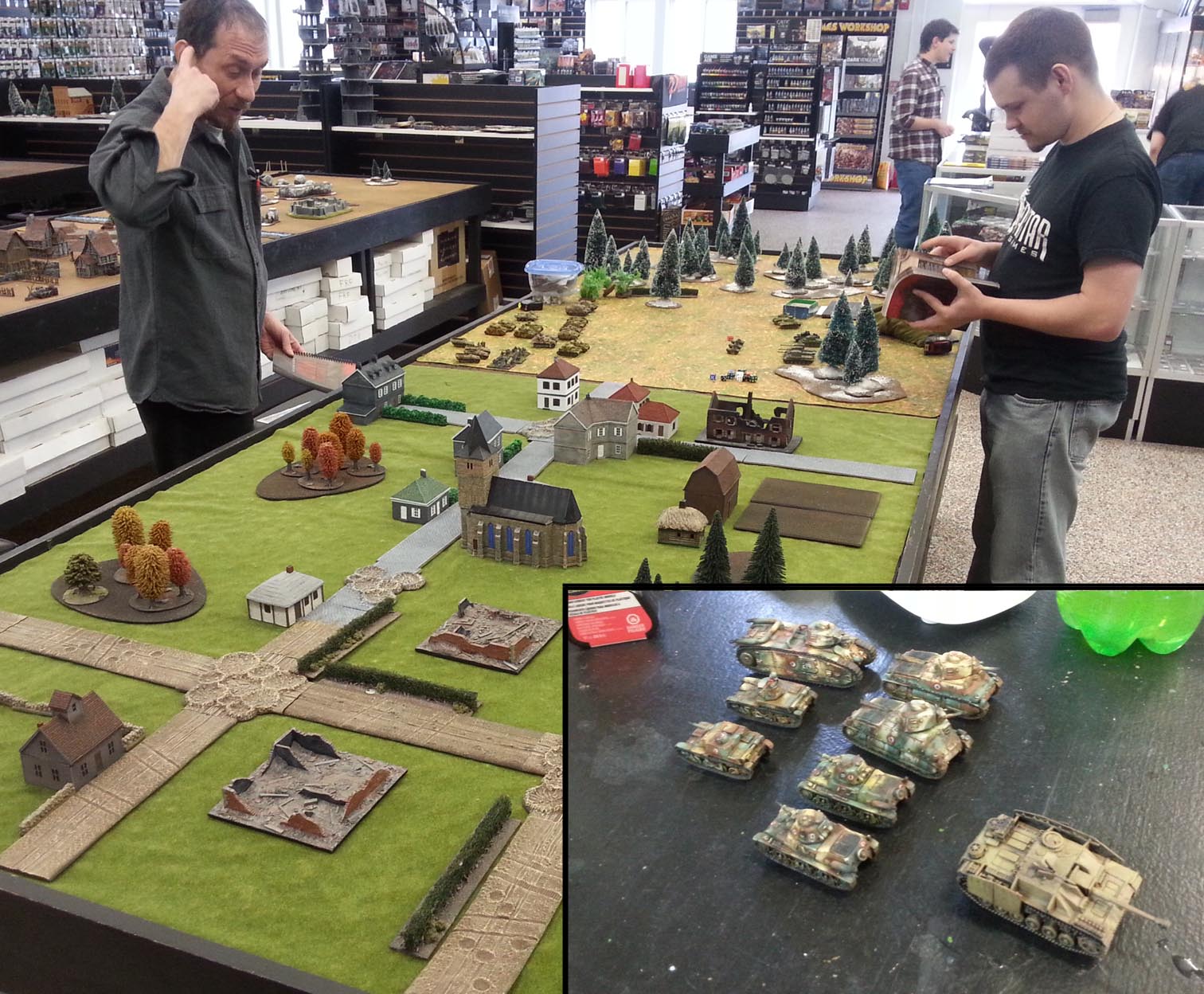 It was also a chance to build some of my French artillery.  I was also testing out some new super glue that could be on the shelves at Draxtar as well.  It has some interesting properties! Hopefully the next game that Rich and I play of Wild West Exodus will take place at Draxtar, and another Burn In Designs building will be ready for action.  This is the Cantina, and it will be featured on the blog next week! 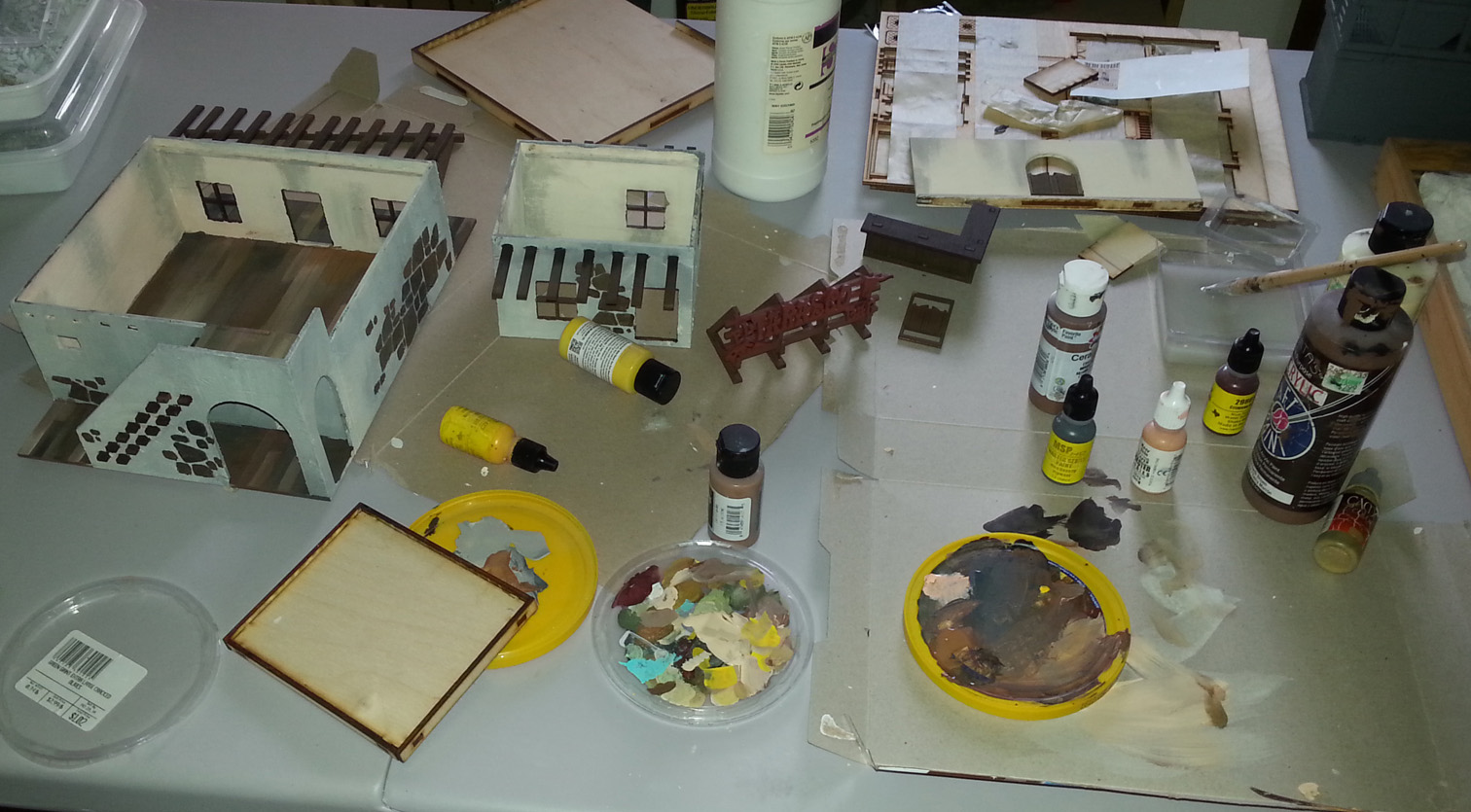 Happy Holidays to one and all!! 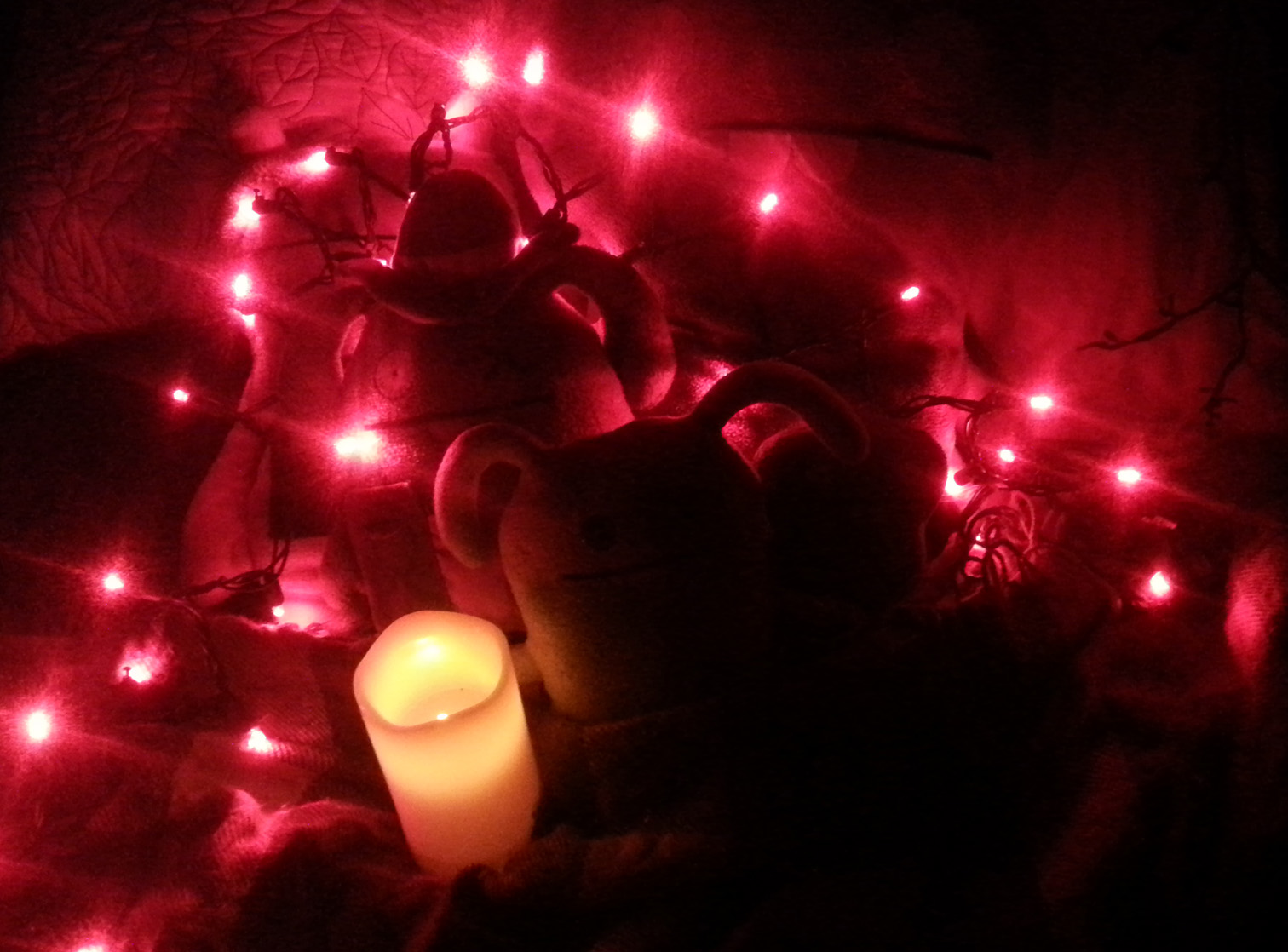 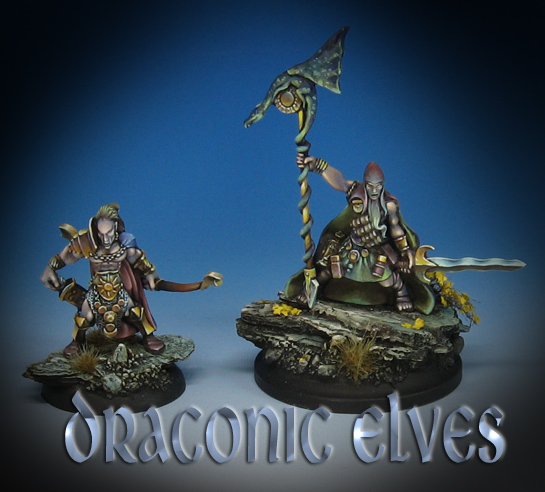 Every so often, it's fun to see a few minis side by side.

In this case, a few recent Celtos figures. 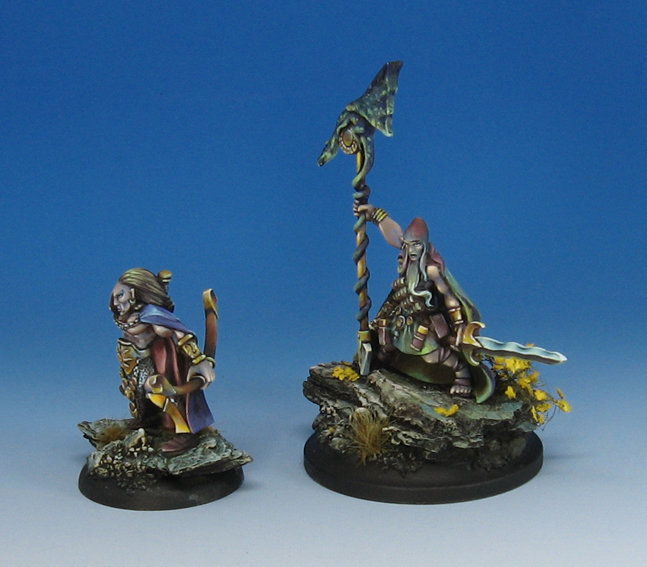 While I wasn't trying to match any specific colors, I did gravitate towards a similar scheme for both the skin tones and the golds. 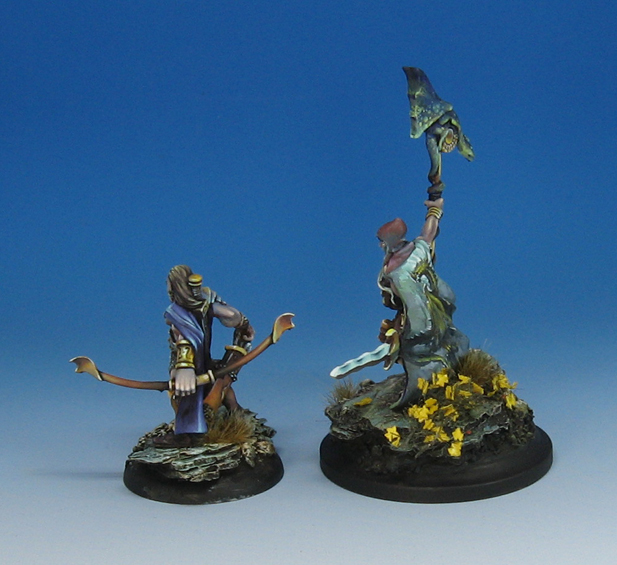 These were among a number of testing ground figures where I experimented with bright seafoam greens in my golds, along with purples and high intensity seinnas. 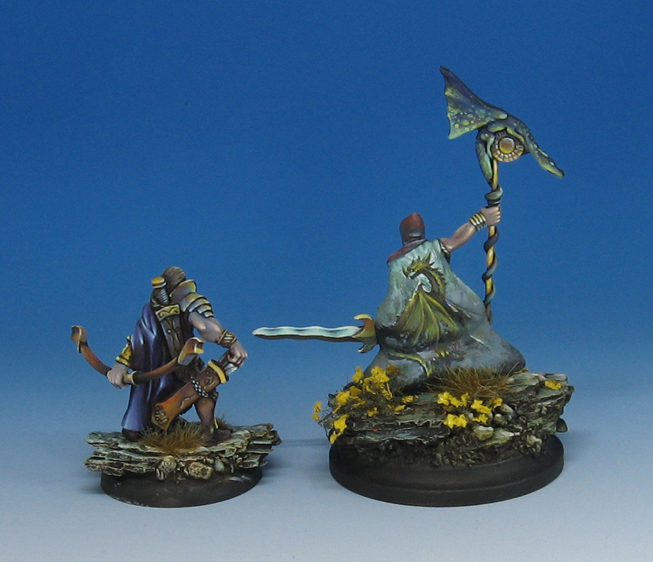 While the majority of the colors were somewhat muted (mostly mixed together to keep them toned down) I left a few colors of high saturation to pop and create centers of interest. 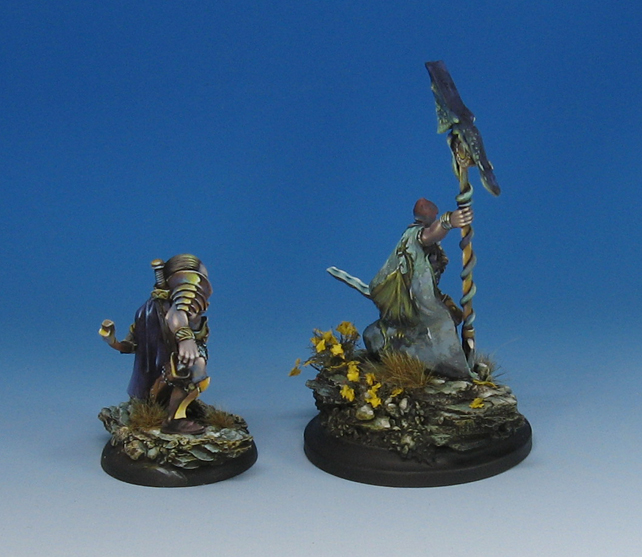 It was also part of a much broader experiment where I try out all my latest techniques on figures that are more than 10 years old. 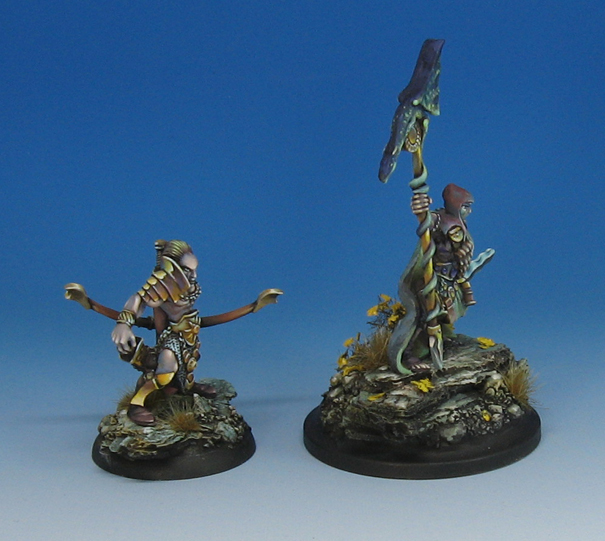 Since I am painting so many brand new figures these days from emerging companies, going almost back to the beginning (or at least a significantly earlier period in the development of miniatures) is a great contrast! 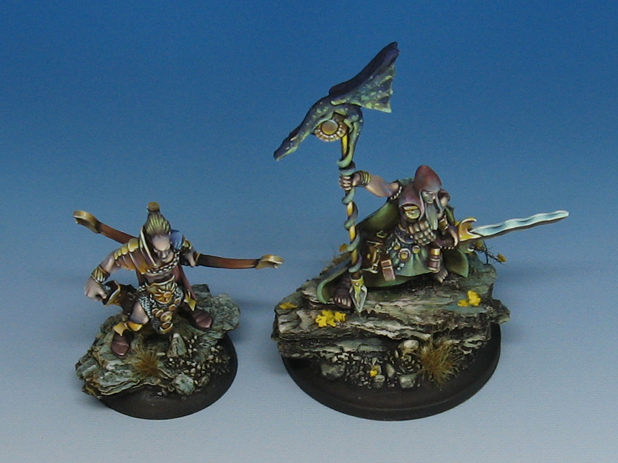 I have learned a great deal, as I do in each experiment. 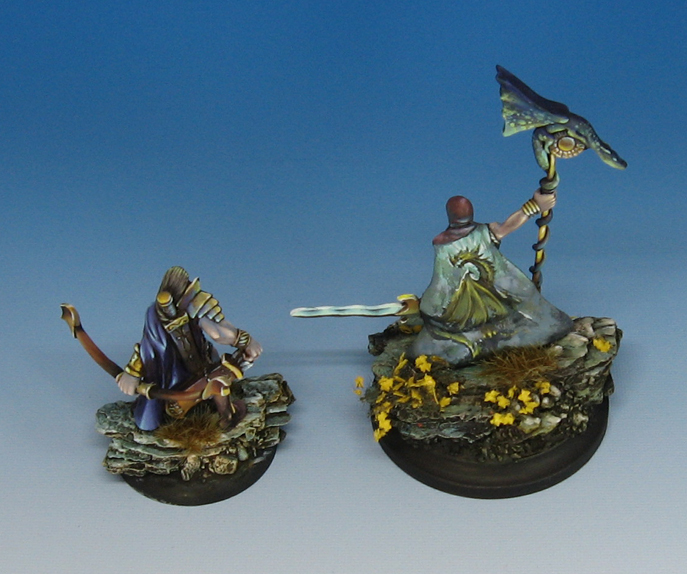 Stay tuned for much more, both the very new, and the less new. :-) 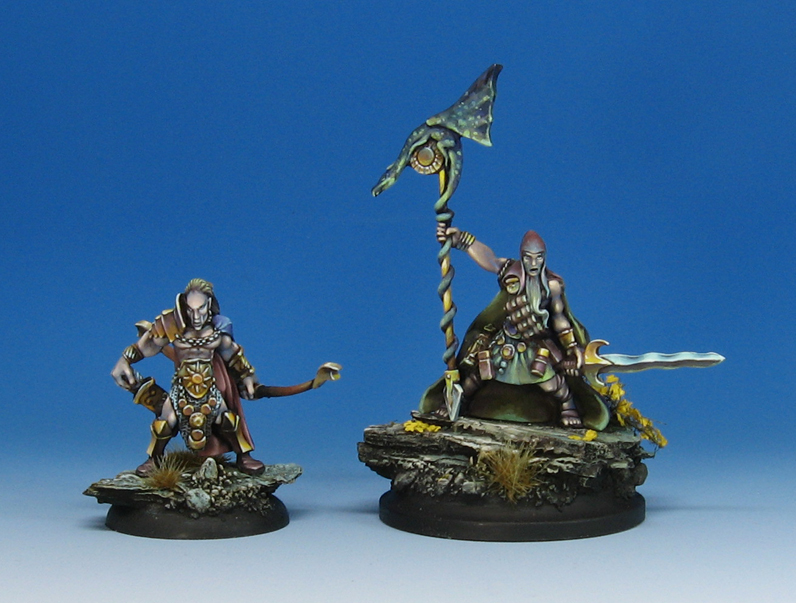 Posted by wappellious at 3:00 AM 4 comments: